Holidays in Nicaragua – yes or no?

America… So different, controversial, free and multinational. In one country side by side there are huge ultramodern metropolises and small towns, far from civilization. One of the exotic places, where tourists come from all over the world, is Nicaragua.

It is an unusual country, it is difficult to call this tourist destination developed. But there is a special unexplored atmosphere, which beckons inquisitive travelers. If you want to spend your vacation in a completely new format, the vacation in 2022 can be planned precisely in Nicaragua!

Description and what do you need to know?

The country is located in Central America, between Honduras and Costa Rica. In the middle of the waters of the Pacific Ocean and the Caribbean Sea. The capital is Managua. Its twin cities are San Jose and Tegucigalpa. The population is about 6 million people. The official language is Spanish. The presidential form of government. At present the post is occupied by Daniel Ortega. The national currency is gold cordoba. 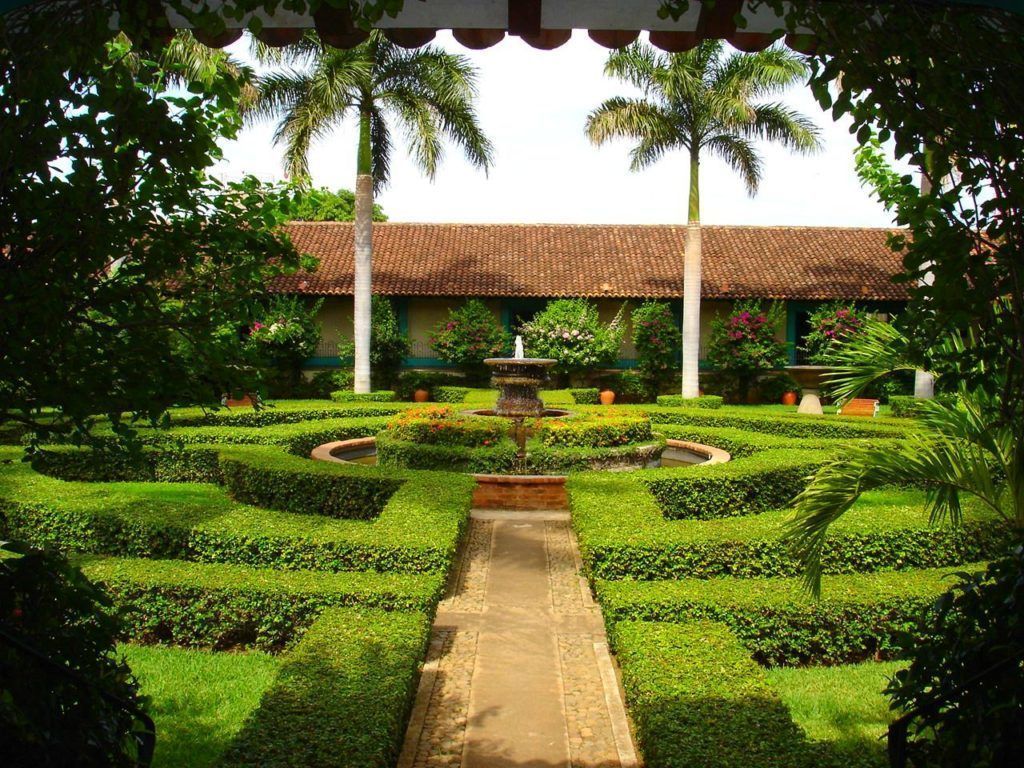 Nicaragua is considered one of the largest countries in Central America, but it is not prevented from being among the poorest. The major cities are Managua, Leon, Granada and Matagalpa. Do not expect the European spirit of these cities – there are no fancy new buildings, shopping centers, a huge selection of luxury restaurants and five-star hotels. Low ordinary houses built from available materials, often completely unattractive.

The climate is tropical. The average temperature is 25-28 degrees. The rainy season from June to October, and dry – from March to May. It is better to plan a vacation in early winter, the weather is not abundant with rain.

Nicaragua on a map:

Augusto César Sandino International Airport located in Managua receives tourists. There are no direct flights from Russia to this point – you need to change flights in the U.S., Europe or Cuba.

How to get around?

Public transportation here is the former school buses from America repainted in bright colors or open mini-trucks with wooden benches. Fares start at 25 cents. It is also possible to travel by ferry, car, or cab. It is worth knowing that there are very few hard roads and during the rainy season travel is difficult.

Many tourist forums raise the issue of increased aggressiveness of the locals and the constant robberies. But the situation is not so disastrous, if you observe security measures – do not walk at night, do not go to gang areas and do not wander in their vicinity, to keep your belongings safe and do not be rude to the residents, the vacation will pass quietly!

Particularly depressing are small children who run after foreign cars and ask for money – you have to be prepared, if you gave a handout to one child, you have to give to all – they just won’t let go. 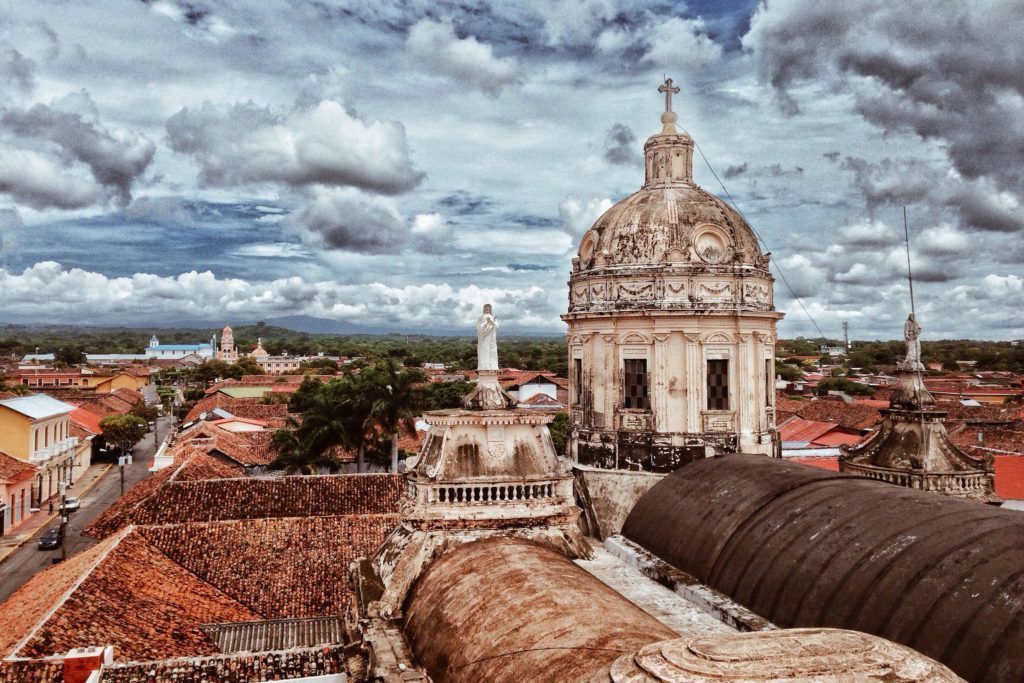 As said above the capital and other major cities just do not surprise inveterate tourists service and comfort, you should be prepared for this – a lot of garbage, children, beggars, the dull urban landscape and poverty.

From hotels, as well as from the city, you should not expect much – four-star hotels here, as three-star in Europe. Although in recent years, this tourist destination is actively developing and foreign investors are beginning to invest in infrastructure.

Hotels that enjoy a positive reputation are Hotel Plaza Colon, Pelican Eyes Resort, Wayak Hotel and Hotel Hilton Princess. The cost per night at one of these establishments starts at $100.

If you want, you can find hostels and hotels at very reasonable prices with comfortable rooms. For example, Hostal Don Frank and Hostal Castillo. The price per night – 15 – 20 dollars.

READ
Ajaccio in Corsica, France breathes the unique atmosphere of the old streets against the green mountains

There may be problems with telephone communication, because the telephone system is quite outdated – only recently the government began to reconstruct this area. Internet is common, the Internet Gateway operator is responsible for this service. In any major city, you can find an Internet cafe and for $1.50 an hour be in touch. 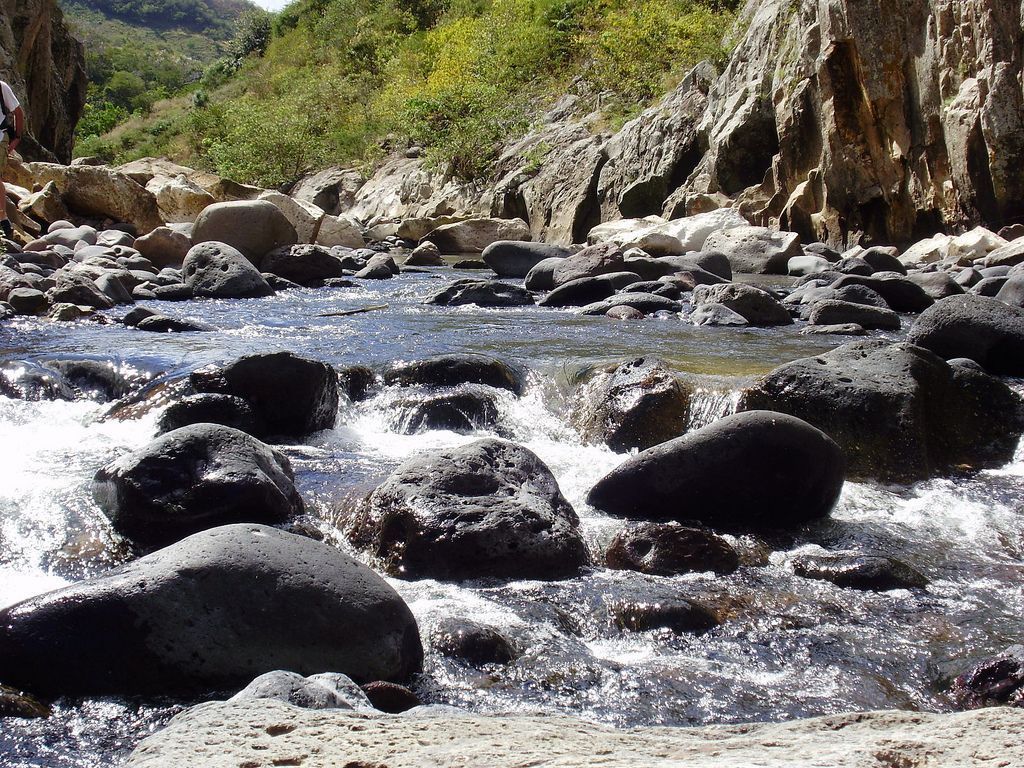 The national cuisine is a mixture of Spanish and Native American. It is based on a mix of beans, rice, meat, vegetables and spices. The main addition to all dishes are sweet bananas – they are fried, stewed, boiled and baked. The food is very unusual for our tourists. What do you need to try from the local dishes?

A nice feature of rest in this region is the cheapness of food, here for 4-5 dollars you can eat heartily at a local cafe.

If you want a more cultural experience with delicacies on the menu, the best options for this are Bucanero, La Terraza Peruana, Factory Steak & Lobster. For pizza lovers, Pizza Nostra Las Colinas and Valentin’s Pizza open their doors. Inexpensive restaurants and cafes include Cafe de Poetas, Summer, and Chef House Bar & Grill.

Where to go in the evening? If you want to diversify your evening pastime, you can drop into a karaoke bar – JM Karaoke or go dancing in Night Club Good Time.

Shopping in Nicaragua involves visiting the local bazaar or small stores where goods are hung or arranged. Generally, vendors are very tourist friendly and allow you to touch the merchandise and get to know it better.

What to take with you on vacation? Local craftsmen specialize in making panamas, paintings, handicrafts, talismans and amulets.

However, there are also some familiar shopping centers. In Granada, there is the C.C.Serralo Plaza and Nevada Shopping Center. And in Managua, the Centro Comercial Galerias awaits shoppers.

READ
Holidays in Iceland with children

Men can try cigars, it is the pride of the region. Many vacationers bring this unconventional souvenir from Nicaragua to their colleagues and friends. 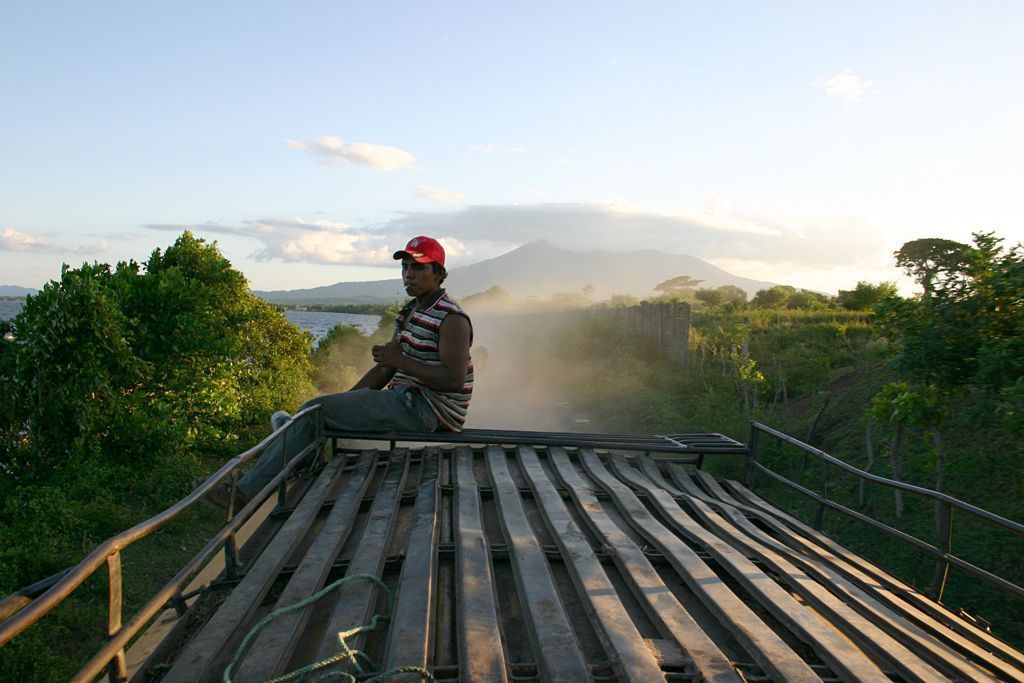 The pride of the country is considered snow-white beaches and clear water. But to find these places, you will need to travel, because in the city the water is dirty with garbage. So, the main beaches to pay attention to:

The Selva Negra Resort Equestrian Club and the Nejapa Golf and Iguana Golf centers offer their services to affluent tourists and wealthy locals.

Outdoor enthusiasts are guaranteed to enjoy the deep-sea fishing at Lake Nicaragua, where you can try your luck at catching the rare marlin fish.

Where else to go? If you wish, you can rent a boat and sail to Bluefields, where the waters are rich with a variety of fish.

A curious fact is that each locality in Nicaragua has its own patron saint or folkloric character. To show respect, the local population regularly celebrates the days of these saints – people dress up in costumes and organize parades, organize game battles and competitions.

A controversial attraction in the country is the Akaulinka Footprints Museum. The premises are enclosed by an iron fence enclosing footprints in clay. They were supposedly left by people trying to escape a volcanic eruption. The documents say that the poor inhabitants ran straight through the lava – a fact that makes one wonder about the truthfulness of the story. 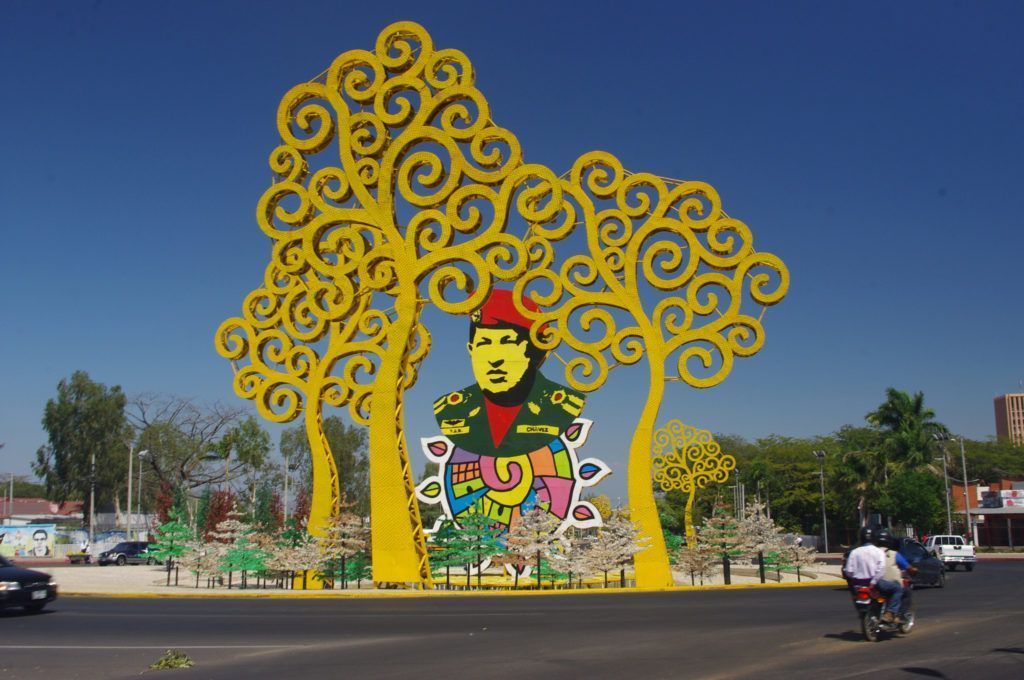 In the capital, too, there is something to see – the Revolutionary Square, the National Palace, the Old Cathedral, the Ruben Dario National Theater, and the Cathedral of the Immaculate Conception. By the way, the Old Cathedral is a creation of a Belgian architect. It was delivered to the city assembled by sea on a ship. It is almost unique in its kind, because it is constructed only of concrete and metal base.

It is important to know that Nicaragua has the largest number of active volcanoes. The country is often hit by volcanic disasters, and this prevents the improvement of the standard of living of the population. But the locals have long been accustomed to this, and consider their land fertile and grateful.

So, if the question arises – what else to see, you can safely go on trips to volcanoes. Suggestions guides agree – volcanoes Momotombo, Mombacha and Masaya are worthy of attention. The main thing – before you go, carefully study the route and consult. Often the way to the volcano is dangerous and impassable for the average tourist, many take an experienced guide.

A historical monument of the country is the Fortress of the Immaculate Conception in the small town of El Castillo. It was erected in 1672 as a defense against attacks. Frequent uninvited guests in the area were the English and wild tribes. The layout of the building deserves respect – barracks, gun repair halls, prison cells, chapel, dining hall, and many other rooms.

Given the unique nature of the area, it is not surprising that 17% of the territory is occupied by natural parks – Volkan-Masaya, Apanas, Saslaya, Bosawas, Juan Wenada and others. Indio-Mais and Miskitos parks protect coral reefs and native manatee and turtle inhabitants.

It is worth noting that residents of Nicaragua regularly eat turtle eggs, so park rangers monitor the birth of baby turtles.

READ
10 things to do in Honfleur, France

By the way, families with children can diversify their leisure with an interesting activity – for a small fee you can help the newly born baby turtles to get to the ocean.Usually this action causes a lot of positive emotions in the younger generation. 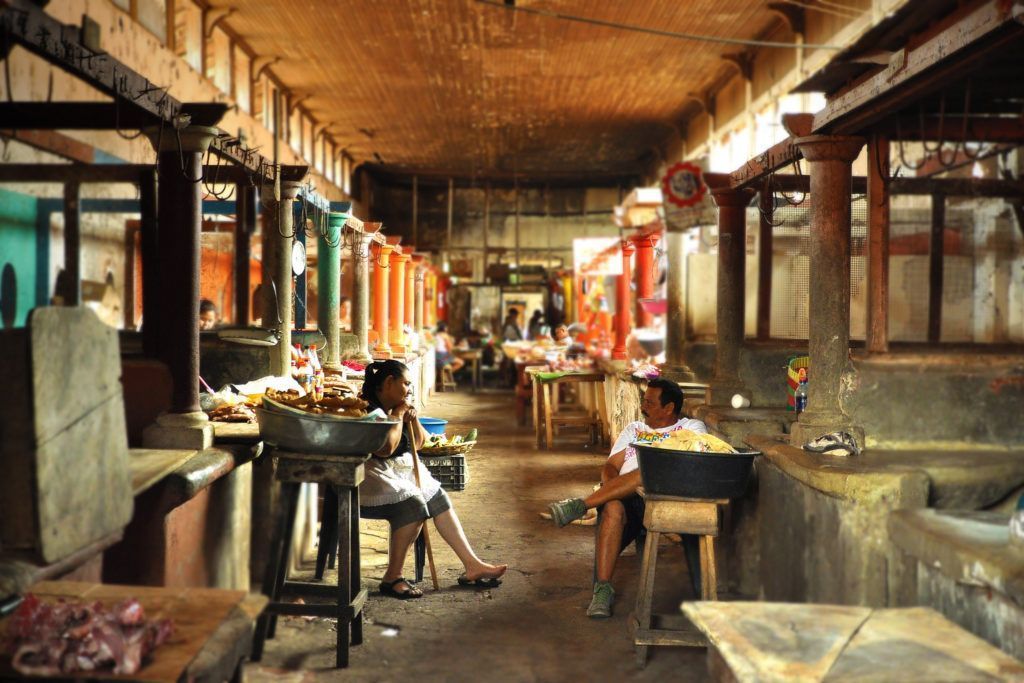 The island of Ometele, located in the middle of Lake Nicaragua, is interesting because of the ancient slabs with writings of ancient people and household items.

The Tiscapa Lagoon Nature Reserve. It is considered almost the main local attraction. Its uniqueness lies in the fact that Nature herself had a hand in its creation. As a result of high volcanic activity in this place are left a lot of ruined buildings, not to be restored, and in the center of the events formed a huge lake. Above the reserve organized cableway, through which tourists can admire the natural beauty of the bird’s flight.

If you want to plunge into the unfamiliar life of the natives – you should go to the park Miraflores. Recently, travel agencies offer tours for three days to this place – lodging, meals, travel through the park in the company of representatives of the tribe. Ecotourism, so to speak.

Amazing Nicaragua with beautiful nature, enchanting volcanoes and rich fauna, is waiting for everyone who wants to spend time in an unusual format. In order to bring a breath of new emotions into your life, you can freely plan a vacation in 2022 to this land!