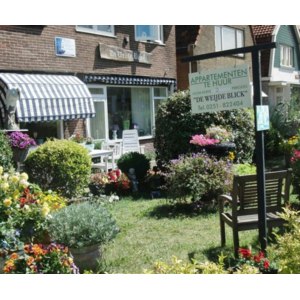 Hi all! In the seaside northern Dutch town of Weijk en Zee we stayed at the small hotel “Huize de Weijde Blick”: 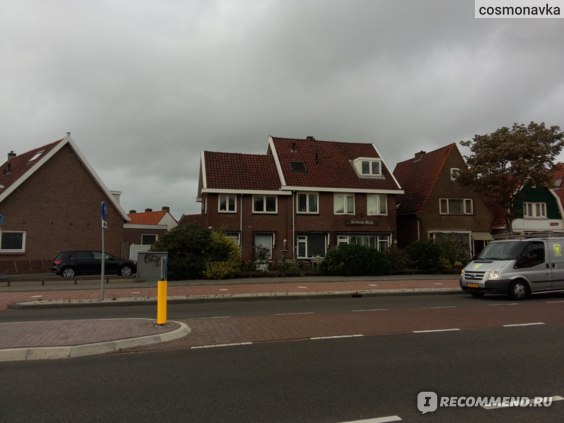 The address of the hotel is Zeestraat 419, Wijk aan Zee, The Netherlands. It is a typical local private house in which the owners rent out rooms, the shortest way to the sea is a kilometer or so. 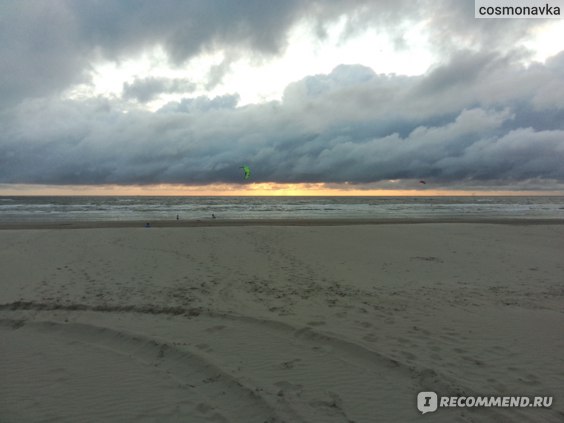 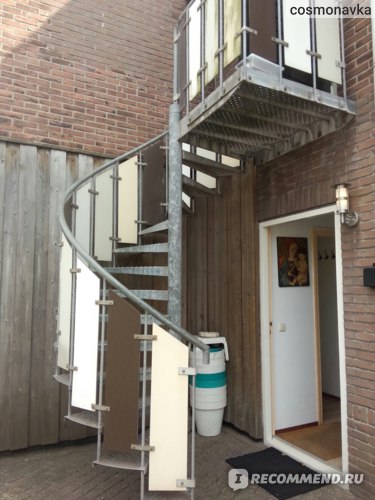 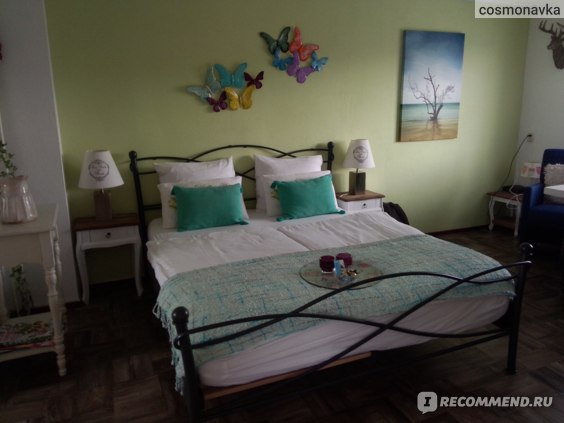 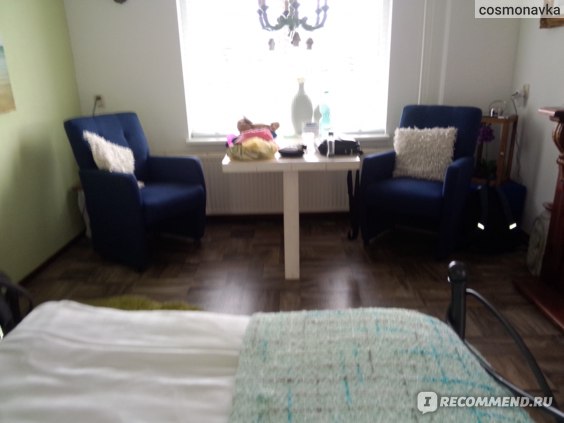 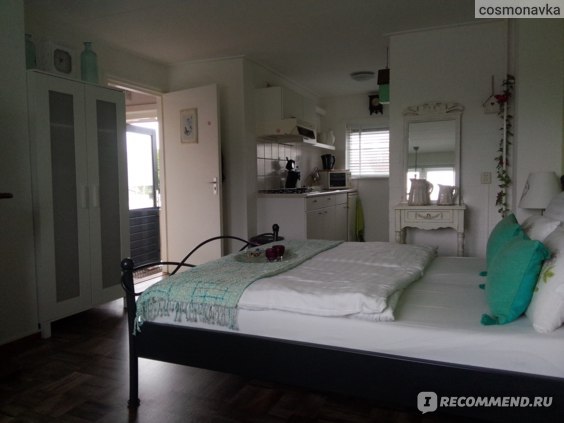 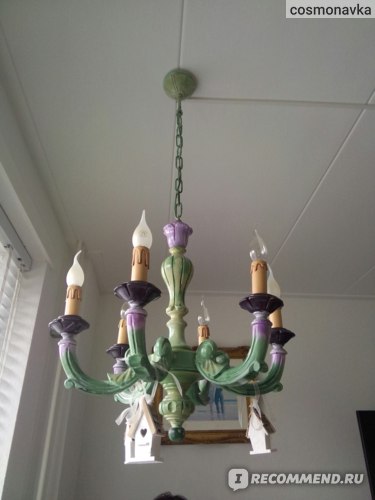 The interior is even cozier in the evening: 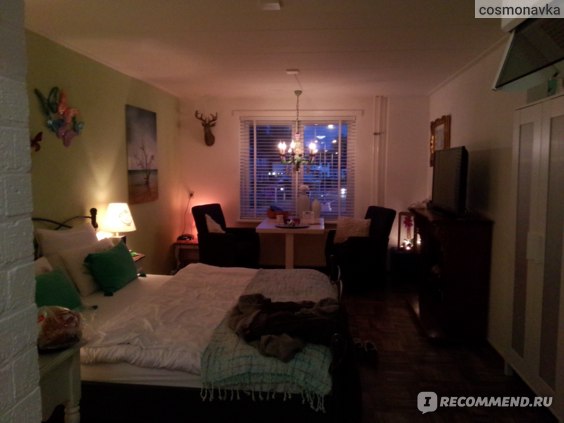 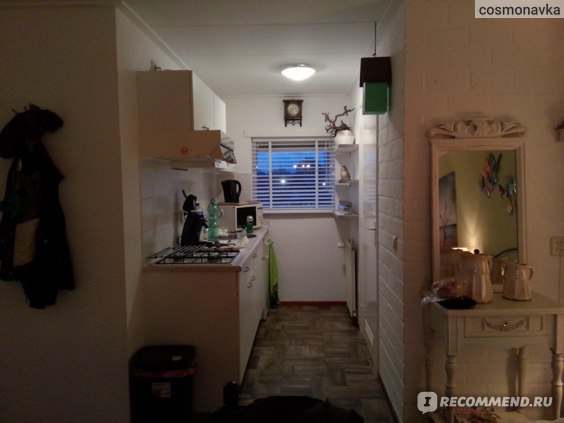 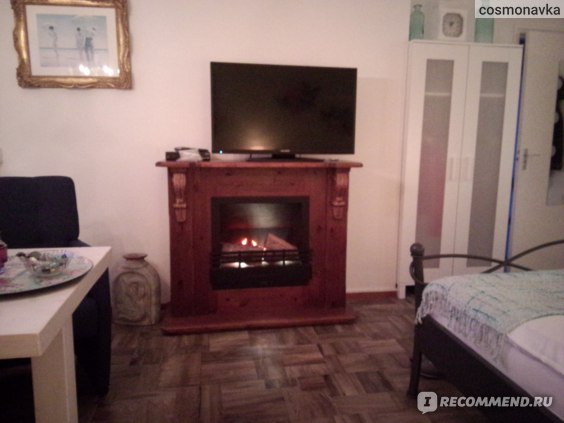 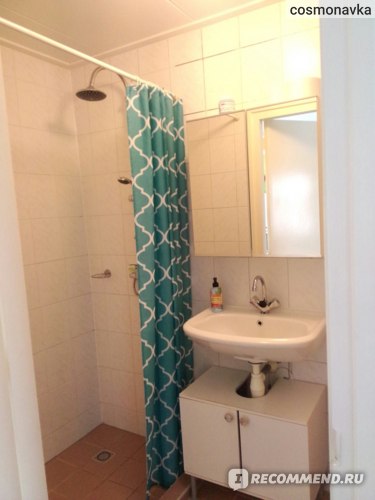 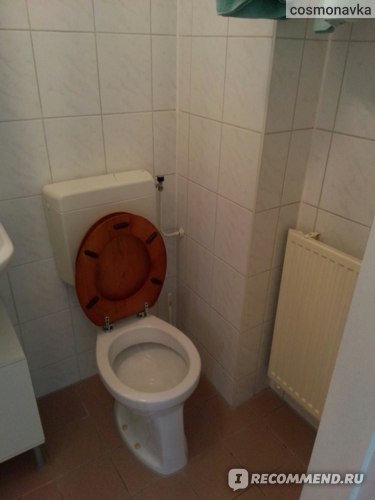 Hot water was available all the time. There is a small kitchen in the room, which has everything: a capsule coffee maker, crockery, utensils, corkscrew, etc., tea, coffee: 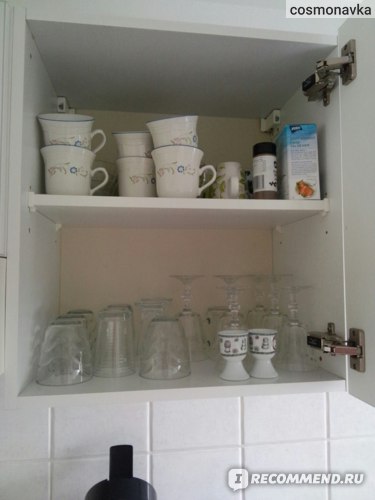 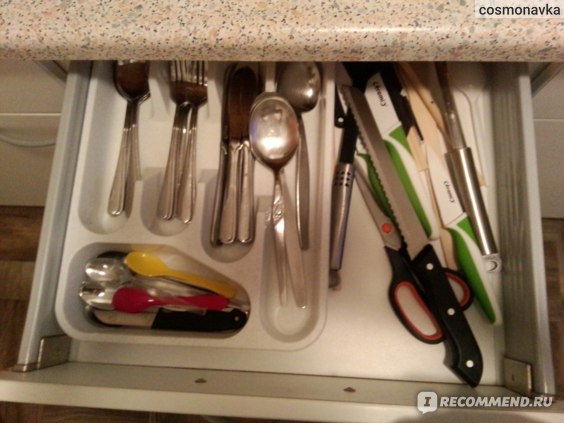 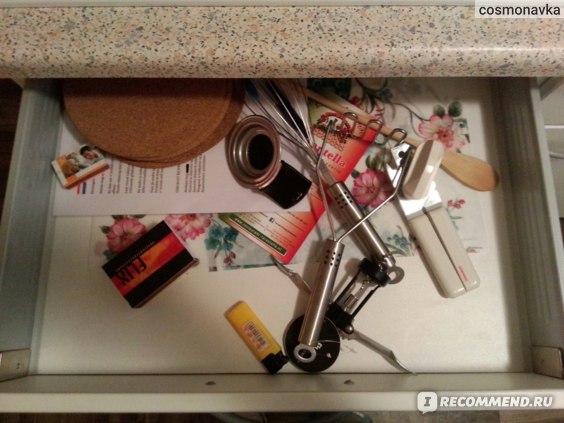 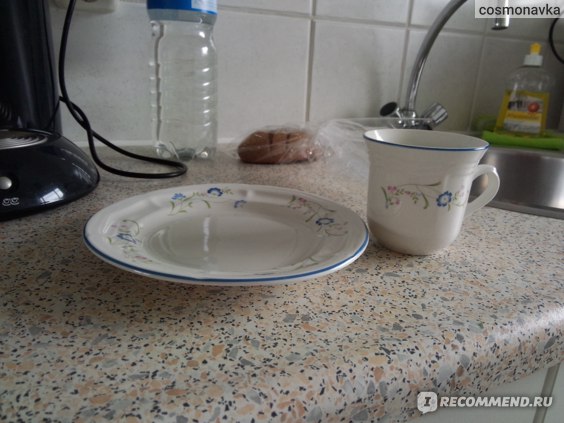 From the minuses 》That’s the kind of microwave I haven’t seen, it’s just ancient, the coating inside is chipped in places, it turns on like an old TV – by flipping a toggle switch) 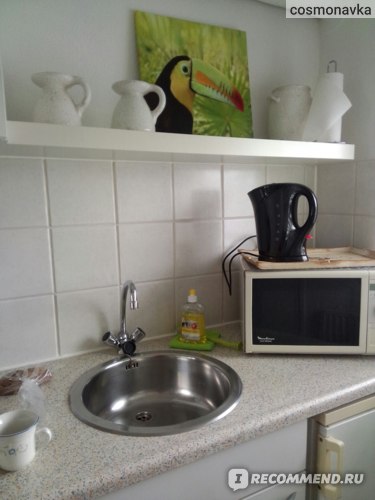 》The heating element in the kettle is rusty.

》Hearing in the house is pretty decent, someone was walking either in the next room or downstairs, and it seemed that right above us, the sewage in the neighboring rooms is loud.

》Windows in the room are wooden, so the street is also heard, but in a town of 2400 inhabitants, traffic in the evening is rare, it did not bother us.

That’s the end of the “disappointment”, the room is very nice and a good place to stay for a couple of days. One of the windows overlooks the main street: 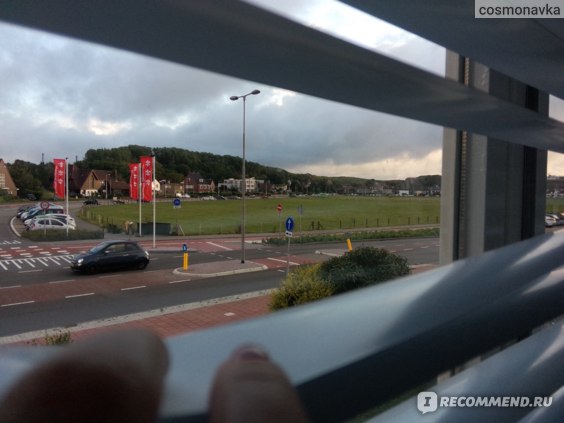 We looked out of it like glued: people leisurely walking with their dogs, horses and sheep grazing in the field, someone riding a bike to the market, a car came for trash, the weather changes very often – here it rained, and then again the sun, clouds come over, everything is incredibly beautiful and peaceful. I recommend it, nice place, in the guest book are words of thanks from Germans and Dutch people, they also liked to stay in Huize de Weijde Blick) Thank you!

Why do our compatriots buy tours to Holland and go to the Land of Tulips at the end of December? Of course the main attraction is Amsterdam, the capital of the country, however they also visit smaller towns, such as Wijk aan Zee.

In fact, this village is a relatively small part of the municipality of Beverwijk, which is located in the province of North Holland.

Today the population of Wijk aan Zee is only two thousand four hundred, and the place became world famous thanks to the annual prestigious and representative chess tournament, which is attended by the strongest grandmasters. 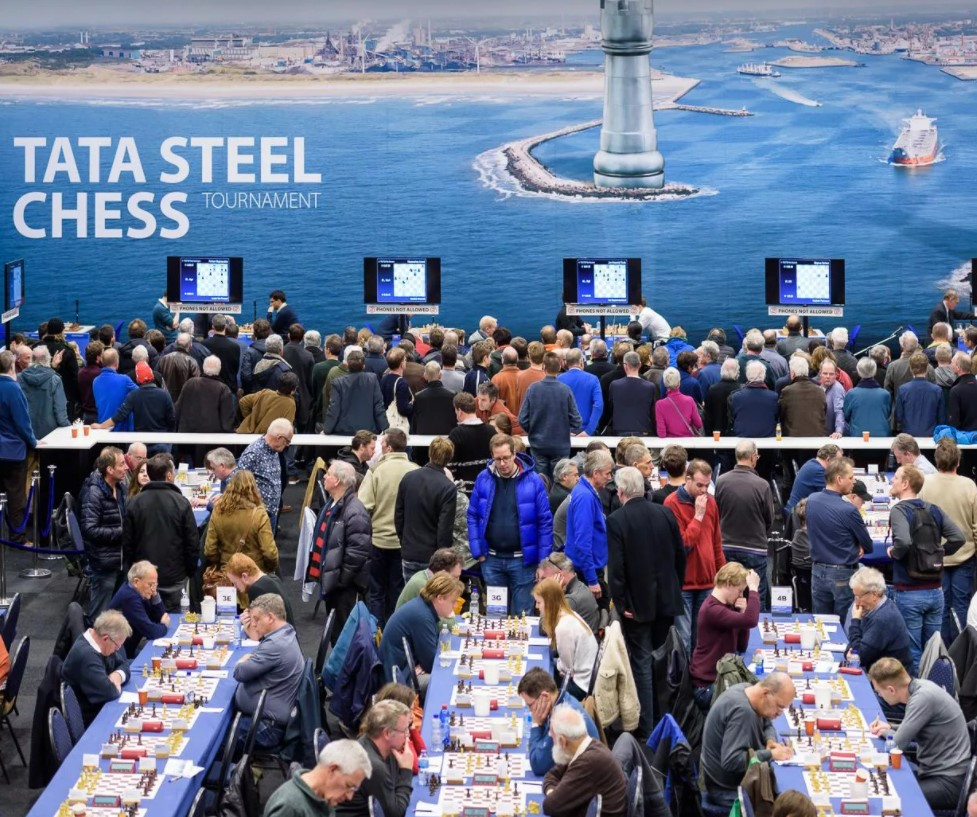 Wijk aan Zee lies on the very coast of the North Sea and is surrounded by picturesque sand dunes. It is the beautiful scenery of the surrounding area that attracts many tourists from all over the world, not only in summer, but also in the cold season. Many of them celebrate Christmas and New Year in Wijk aan Zee, enjoying the peace, quiet, calm and peaceful environment.

In the Middle Ages this village was a small fishing village. It was there in 1482 that the famous Dutch painter Rijkert Erts, who in some paintings depicted the beauty of his “small motherland”, was born.

In the nineteenth century, however, Wijk aan Zee could not withstand the competition of the larger and more successful fishing communities, and so its population “retrained” to serve tourists who liked to spend their vacations there. 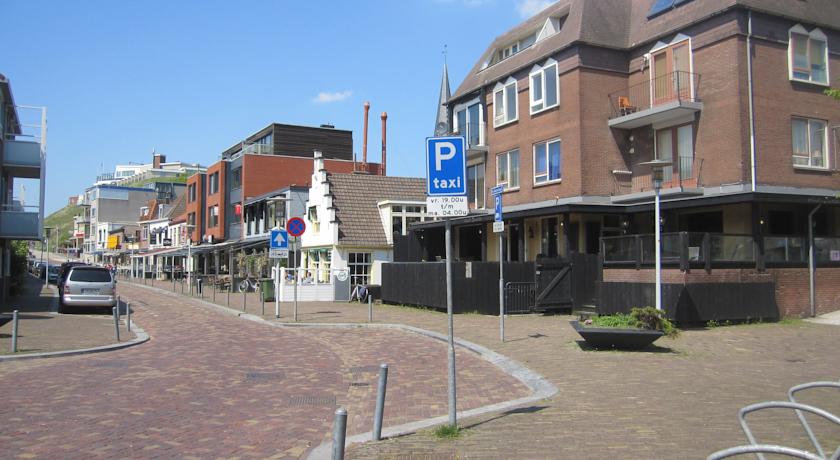 This change of direction has led to a Wijk aan Zee tourism infrastructure that is now well established, with a few small but modern hotels and very nice cafés and restaurants.

There you can try the Dutch cuisine and have a good feast on the occasion of the New Year.

Since almost the entire economy of Wijk aan Zee is based on tourism, visitors are very welcome.

If you decide to celebrate Christmas and New Year’s Eve there, you can be absolutely sure that the hotel where you are staying and the restaurant staff, where you plan to organize a festive dinner, will do everything possible to make your event a memorable one.

Of course, talk about an abundance of attractions in Wijk aan Zee, however, it can serve as an excellent “residence” to travel around the country by car or sightseeing, visiting its major cities and get a lot of new experiences.

The place itself is interesting except the so-called Atlantic rampart, which was built during World War II by the German occupation forces to protect against a possible landing of the Allies .

On the eve of Christmas and New Year’s Eve Wijk aan Zee is decorated, the traditional Christmas tree is put up and there is a lively holiday trade everywhere. 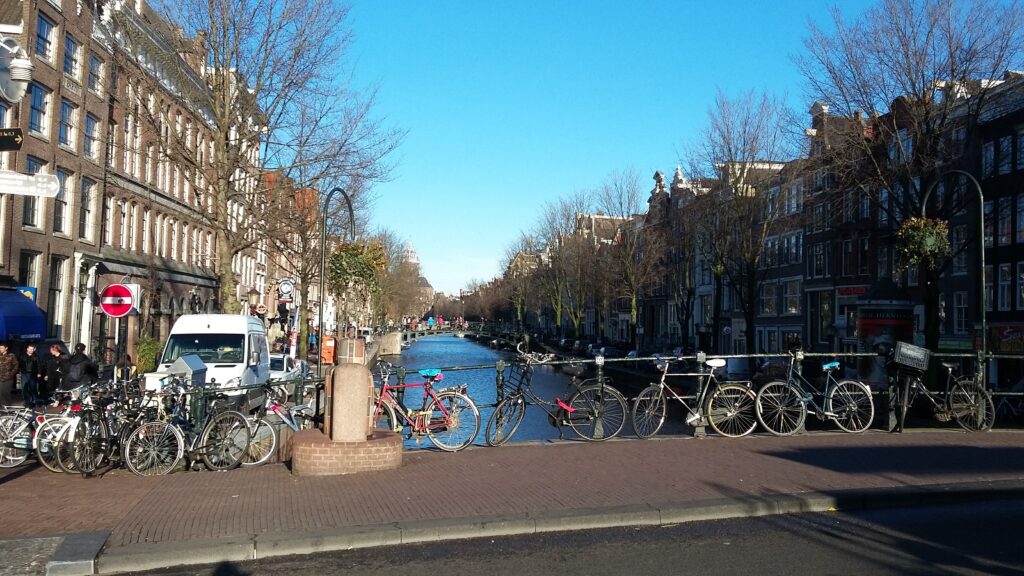 Of course, for New Year’s Eve Amsterdam has a lot more to offer, and so Wijk aan Zee is usually the destination of choice for those who prefer to celebrate the holidays in the quiet, almost family-like atmosphere of a small and cosy town.