Top 10 Largest Coves in the World

Coves and bays are depressions formed by tidal erosion on the shoreline of an ocean, lake, or sea. A bay is loosely defined as a body of water partially surrounded by land. They often have calmer waters than the surrounding sea and are a great place to shelter ships from inclement weather.

Being large and usually deep, bays play the role of natural harbors, which are usually of great economic and strategic importance. Many of the world’s great cities are located in a natural harbor.

Our ranking includes the largest bays and famous stretches of coastline in the world. 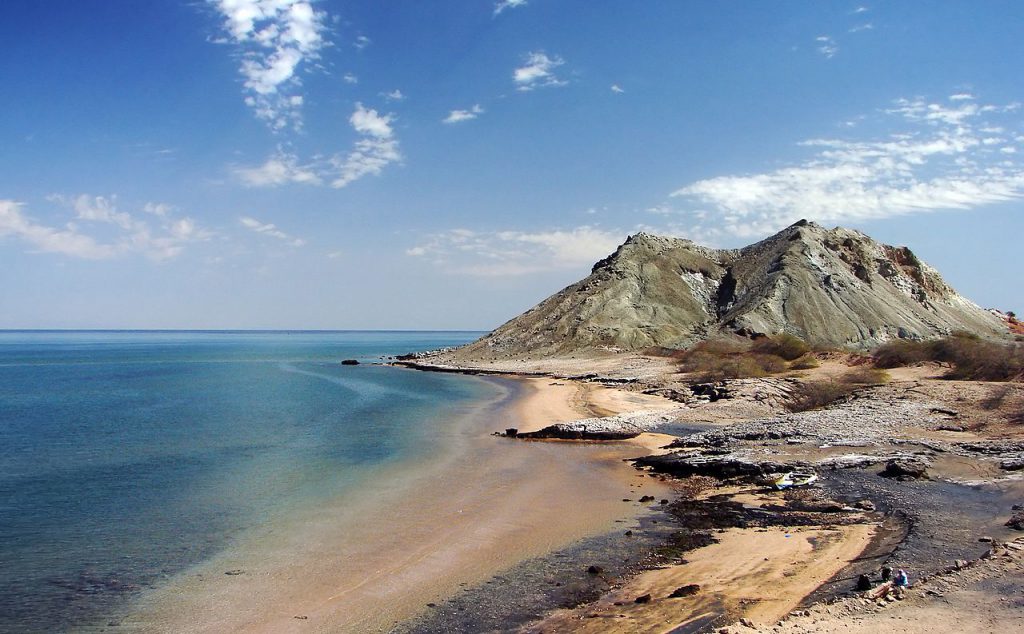 The Persian Gulf is about 615 miles (990 km) long and varies in width: a maximum of about 210 miles (340 km) – a minimum of 35 miles (55 km) in the Strait of Hormuz. It is bordered to the north, northeast, and east by Iran; to the southeast and south by Oman and the United Arab Emirates; to the southwest and west by Qatar, Bahrain, and Saudi Arabia; and to the northwest by Kuwait and Iraq.

The term Persian Gulf (or Arabian Gulf , a name used by Arabs) is sometimes used to refer not only to the Persian Gulf itself, but also to its outlets, the Strait of Hormuz and the Gulf of Oman, which extend into the Arabian Sea. 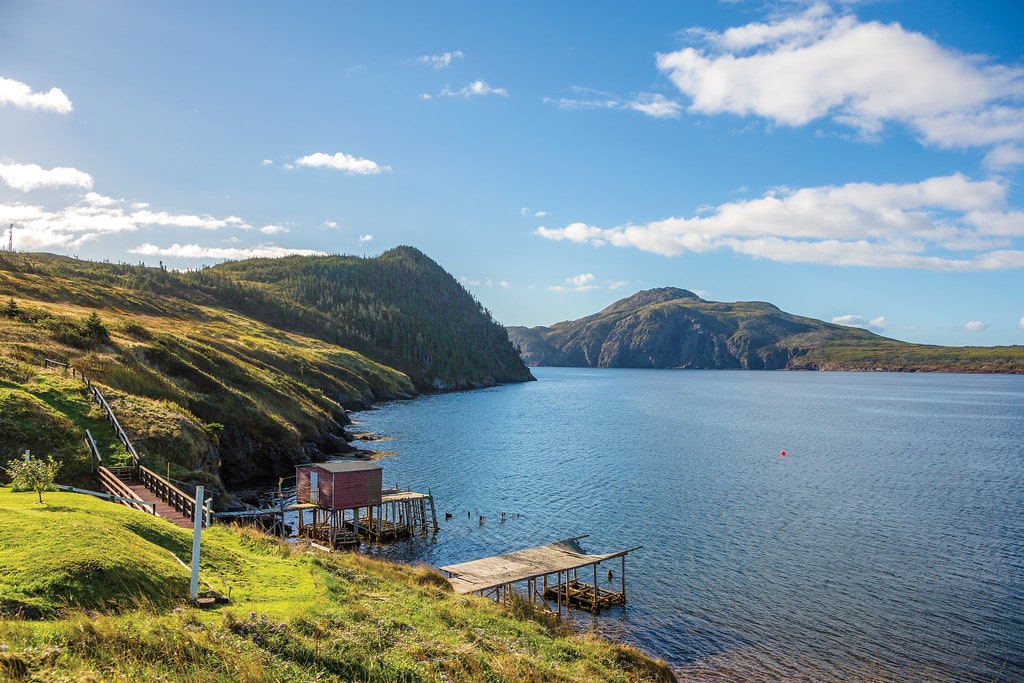 The Gulf of St. Lawrence is located very close to the Bering Strait. The bay is open to the southeast; it is 45 km long, with an average width of about 8 km. There are two small islets inside the bay. On the south shore of the bay near Cape Hargill is the village of Port Lawrence.

The British captain James Cook landed for a few hours in St. Lawrence Bay and met some local Chukchi in August 1778, but he did not linger in the bay. This bay was first surveyed by the Russian sailor Count Fyodor Petrovich Litke in 1828. 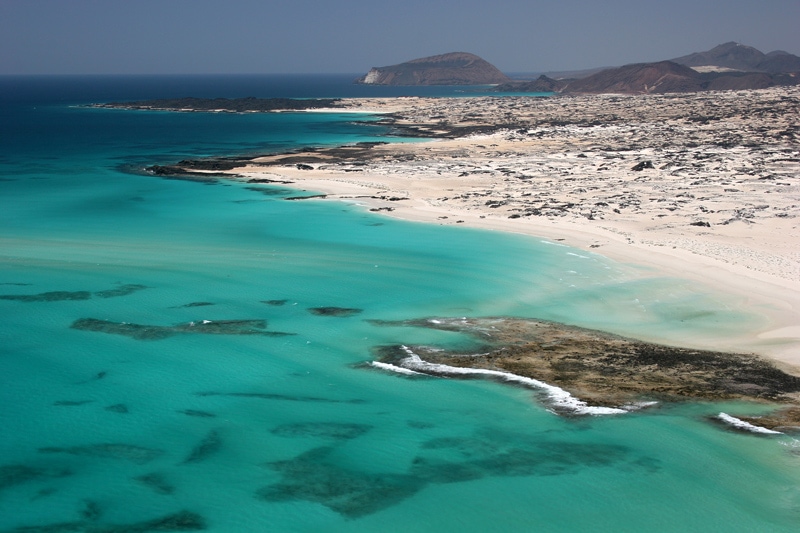 The Gulf of Aden , a deep-water basin forming a natural sea link between the Red Sea and the Arabian Sea. Named after the seaport of Aden in the south of Yemen, the bay lies between the coasts of Arabia and the Horn of Africa. 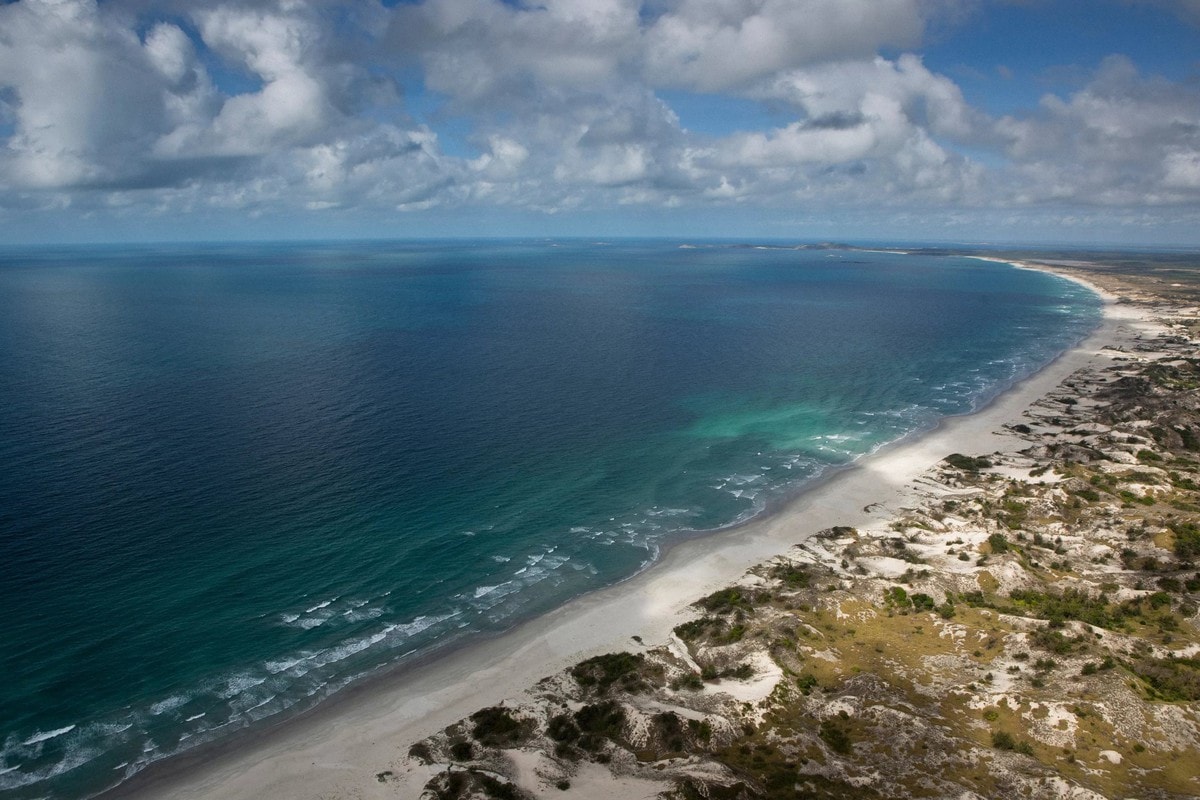 Gulf of Carpentaria , a shallow rectangular bay of the Arafura Sea (part of the Pacific Ocean), extending off the northern coast of Australia. The bay became internationally important in the late 20th and early 21st centuries due to the exploitation of manganese and shrimp resources.

The bay covers 120,000 square miles (310,000 square kilometers) and has a maximum depth of 230 feet (70 meters). It is a rare modern example of an epicontinental sea (a shallow sea on top of a continent), a feature characteristic of earlier periods of Earth’s geologic history.

The Gulf of Carpentaria is surrounded on the west by Arnhem Land and on the east by the Cape York Peninsula. The bottom of the bay is a continental shelf common to Australia and New Guinea. 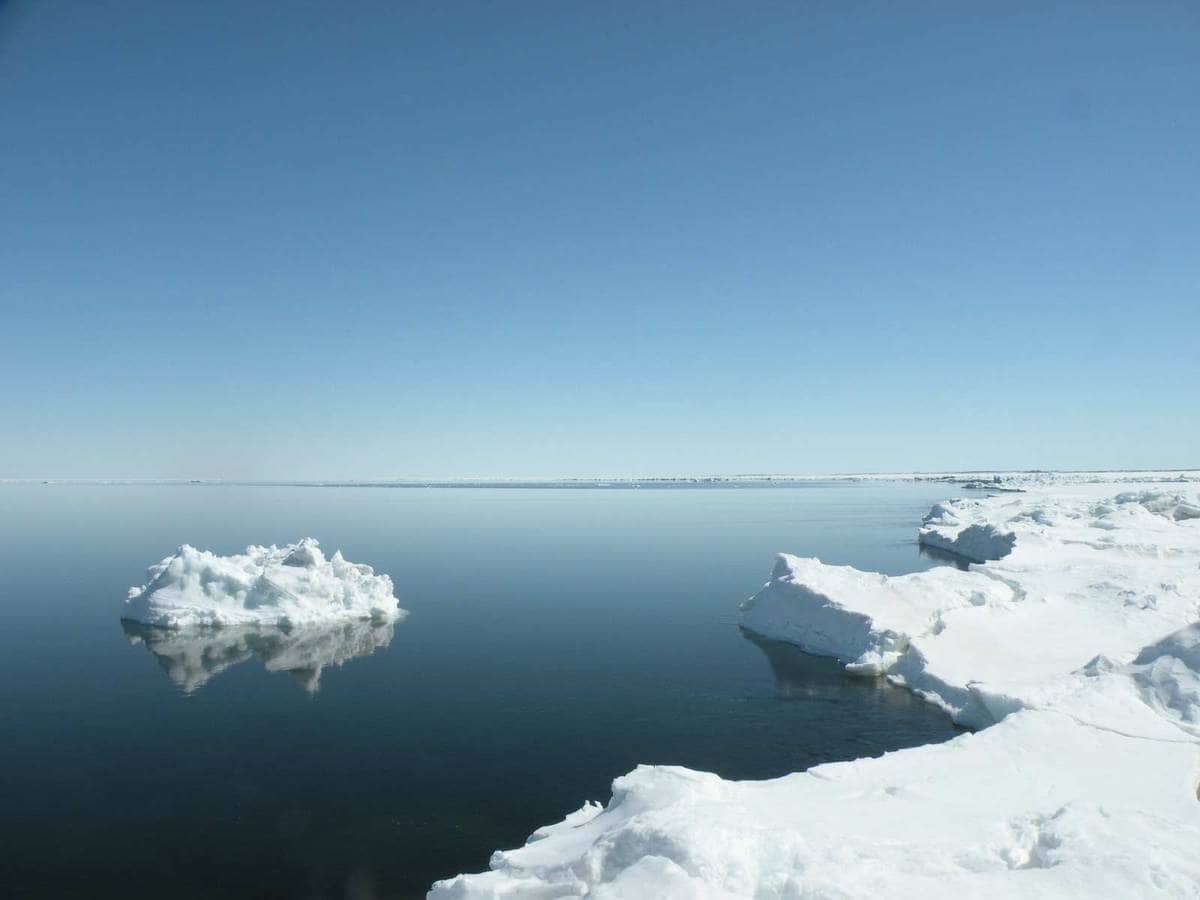 Hudson Bay is a large body of salt water in northeastern Canada. English explorers and colonists named Hudson Bay after Sir Henry Hudson, who explored the bay beginning August 2, 1610, on his ship Discovery.

On his fourth voyage to North America, Hudson made his way across the west coast of Greenland into the Gulf, charting much of its east coast. The Discovery became trapped in the ice during the winter, and the crew survived ashore near the southern tip of James Bay.

Gulf of Alaska , wide inlet to the North Pacific Ocean on the south coast of Alaska, USA, bounded by the Alaskan Peninsula and Kodiak Island (west) and Cape Spencer (east).

The high Chugach, Kenai, Fairweather, and St. Elias Mountains rise from the shores of the Gulf of Alaska. Ports along the bay include Anchorage, Seward.

Oil has been discovered at Cook Inlet and beneath Controller’s Bay. In 1741, the first Europeans to enter the bay was a Russian expedition led by the Danish sailor Vitus Bering. 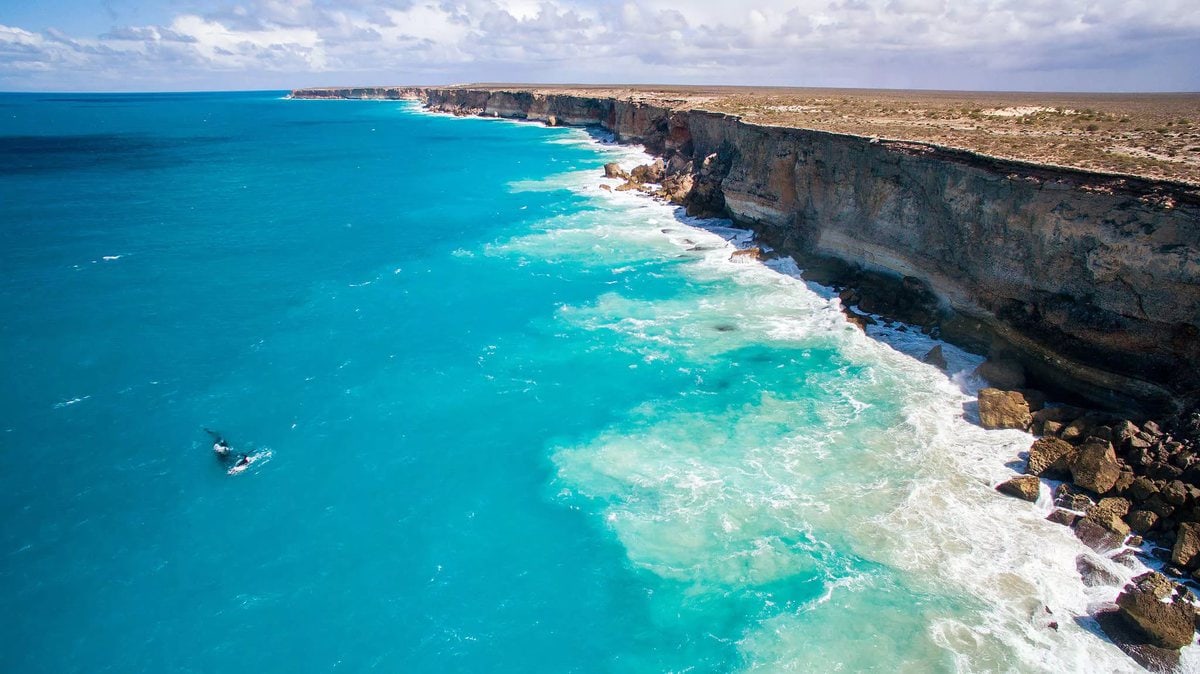 The Great Australian Bay is home to one of the most stunning marine environments in the world. It claims the largest number of southern right whales in the world – but they’re not alone. Sea lions sit on the rocks, dolphins sway in and out of the water, and a population of fish creates a spectrum of colors you never even dreamed of.

Outside the water, albatrosses take off, ospreys dip and dive for food, while penguins gather at the foot of the Nullarbor cliffs while the ocean swims against the base of the Cove. Stretching nearly 3,800 kilometers, it’s one of the last truly untouched wonders of the world. 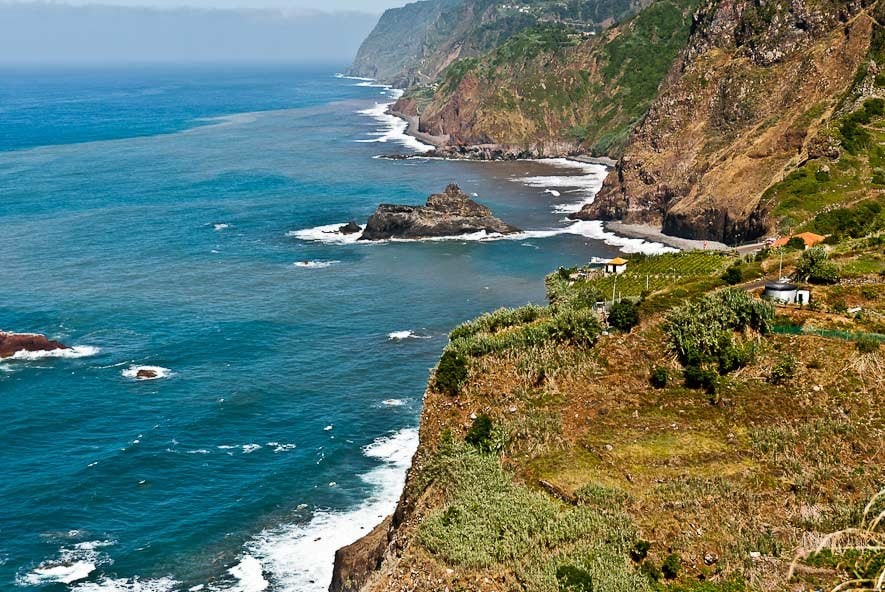 The Gulf of Guinea is part of the eastern tropical Atlantic Ocean, its main tributaries include the Volta and Niger rivers. The continental shelf in the Gulf of Guinea narrows almost uniformly and widens to as much as 100 miles (160 km).

The marine flora and fauna diversity of the Gulf of Guinea is limited compared to that of the western tropical Atlantic and, especially, to that of the Indo-Pacific biogeographic realm. This relative biological poverty results from the lack of coral reef ecosystems due to the low salinity and high turbidity of the Guinea Current. 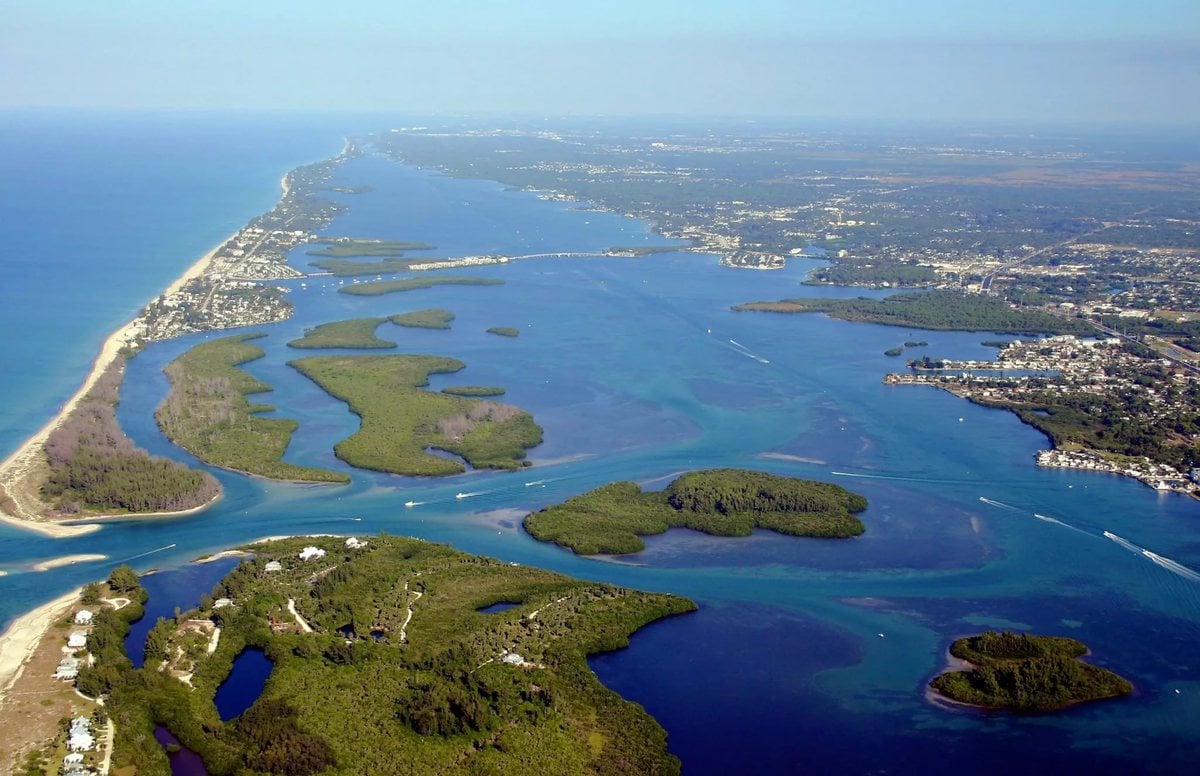 The Gulf of Mexico is a geographic area and a body of water that forms what is known as the third coast of the contiguous United States.

The Gulf of Mexico is surrounded on the United States side by the coastlines of western and northern Florida, Alabama, Mississippi, Louisiana, and Texas. In Mexico, the bay is bordered by the states of Tamaulipas, Veracruz, Tabasco, Campeche, and Yucatan.

READ
What to see in Galicia, Spain?

The western end of the island of Cuba is a partial barrier to the eastern Gulf of Mexico, where it connects to the Caribbean Sea. The Gulf of Mexico is roughly oval in shape and is about 950 miles (1,500 km) long.

For more than 500 years, the Gulf of Mexico has played a key role in the economic and political development of the United States, Cuba, and Mexico. 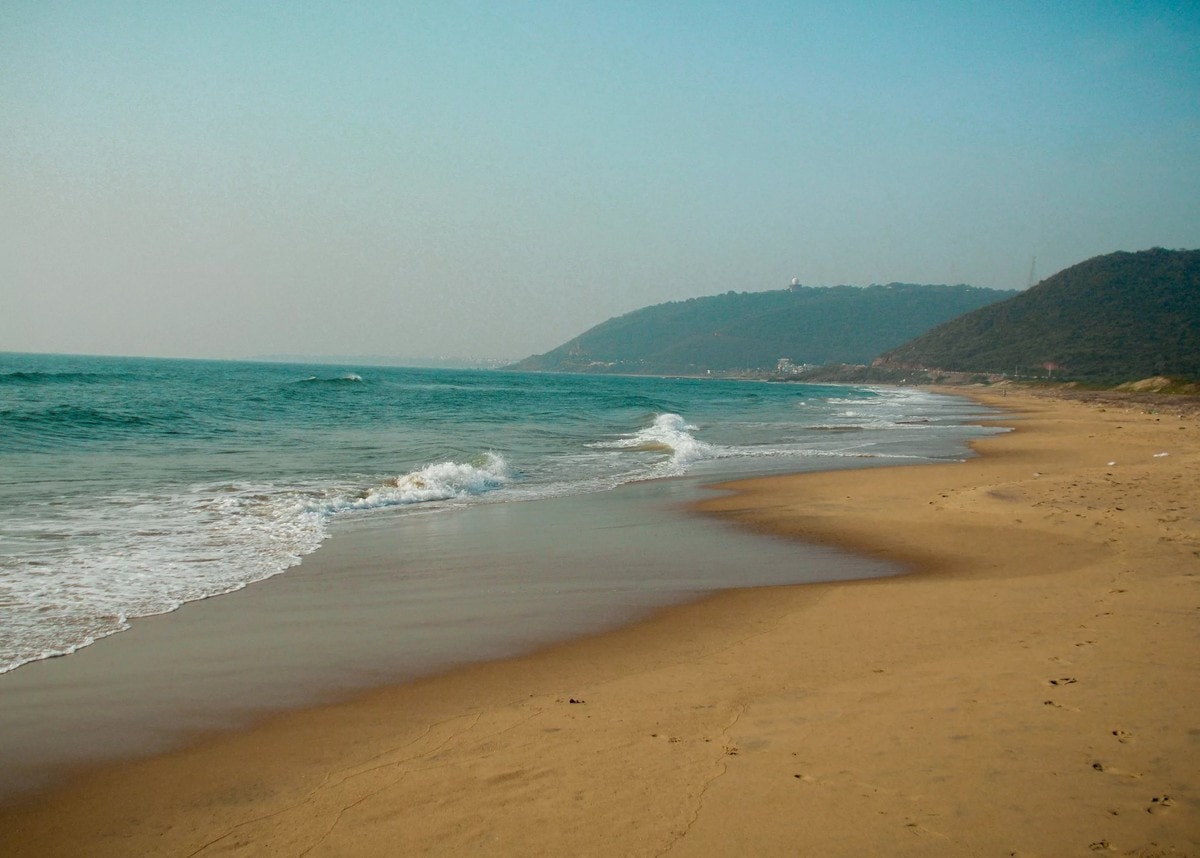 The Bay of Bengal , the largest gulf in the world, is a sea that is part of the northeastern Indian Ocean. This sea has played a key role in the history of the peoples that surround it, including India, Bangladesh, Myanmar, and Indonesia.

A unique feature of the bay is the extreme variability of its physical properties. Temperatures in coastal areas, however, are warm and markedly uniform at all times of the year, decreasing slightly to the north. Surface density is much greater in the spring than in the fall, when river flow is highest.

In addition to changes in water level due to swell and tide, the average sea level varies throughout the year. Because precipitation and river runoff exceed evaporation, there is a net increase in water in the Bay each year. The bay is also prone to occasional tsunamis.

The world’s most beautiful bays

If you define the word cove, you get something like, “a mass of water surrounded by land that has a calmer state than the open sea. A bay is a good anchorage for ships, during bad weather.” Coves are most often the most beautiful sights in the countries where they are located. Here are the top 12 most beautiful coves in the world! Weinglass Cove (Bokal) is one of the most secluded, remote coves in the world and is considered the best and most beautiful in the world. The seclusion of this cove is due to the fact that before you get there, you have to hike through dense forest, and such a walk takes about an hour, but very much worth it. Navajo Bay is one of the most famous coves in Greece. The bay is quite famous because of the shipwreck of a Panagiotis full of smuggled goods, so the bay is often called “Smugglers Bay”. The cove is located on the northwest coast of the Ionian island of Zakynthos. This area has clean limestone cliffs, white sandy beaches and clear sea, which attracts thousands of tourists every year. The peculiarity of the bay is that you can reach it only by boat. Surrounded by many palm trees, with white sand and sparkling turquoise waters of Long Island (Holy Trinity Islands) you can get to this wide bay through a backfilled channel or a lagoon. Safe tents are available on the shore. Islands Bay is one of the most popular vacation spots in New Zealand. The picturesque area includes 144 islands, many secluded bays, and large sandy beaches. This beautiful bay has a huge abundance of marine life, including whales, penguins, dolphins, and more. In addition, this bay is a popular destination for sailing yachts, world cruises and international sporting events. This Cove is formed within a volcanic cone and is located east of Honolulu, Hawaii. Hanauma is one of the most popular tourist destinations – it is a nature preserve and marine conservation area. Approximately 400 species of fish inhabit the bay. The bay is also home to green sea turtles. Maya Cove is a stunningly beautiful place, protected by the 100-meter high cliffs of Phi Phi Island. The bay has several beaches, mostly small. (about 200 meters) The bay has corals, exotic fish, and silky sand. The whole bay is one big reef. The best time to visit this bay is between November and April, when the seas are calm and access to the bay is easy. Stormy waves from May to October can hinder access. It’s also worth adding that this is where the popular movie “The Beach” with Leonardo Dicaprio was filmed Located in southwestern Montenegro, the Bay of Kotor is a winding bay in the Adriatic Sea. The bay is called the southernmost fjord of Europe. It consists of several small coves, which are joined together by narrow channels. The whole system forms one of the most beautiful and natural harbors in Europe. Halong Bay is a UNESCO World Heritage Site. It has thousands of limestone karsts and islands of various sizes and shapes. Marigot is located on the west coast of the Caribbean island of Saint Lucia, 3.75 miles (6 km) southwest of Castries, a short distance from the Lucian Marine National Wildlife Refuge. The cove is surrounded on three sides by forested hills. The cove is a historical landmark, having been the site of many battles between French and British navies. Located between the Andaman Sea, the island of Phuket and the mainland of the Malacca Peninsula on the south side of Thailand. Since 1981, a large part of the bay became Pang Nga National Park. Pang Nga is a small bay, which includes 42 islands. There are 88 species of birds, including Malaysian Zoos, 82 species of fish, 18 species of reptiles, 3 species of amphibians, and 17 species of mammals. Hanalei Cove is the largest cove on the North Shore in Hawaii. The cove consists of nearly two miles (3 km) of beach surrounded by mountains. Many visitors to this cove consider it to be the most beautiful beach in Hawaii. This is the most beautiful cove in France. Villefrance is one of the deepest natural harbors of any port in the Mediterranean Sea and provides a safe location for large ships, reaching depths of 95 m (320 ft).