Where is Kathmandu and what is the peculiarity of this corner of our planet?

Today we invite you on a journey to find out in what country the mysterious city of Kathmandu is located, when and how it appeared on our planet, what it is unusual and famous today.

The article will help you feel the atmosphere that reigns here and tell you what to do for travelers who are infected with the idea of going in search of adventure in these mysterious lands.

So where is Kathmandu?

Kathmandu is the distinctive capital of the amazing country of Nepal. Surrounded by India and China and standing at the foot of the Himalayan Mountains, Nepal has encased the capital at its very center. It is home to more than a million residents, the highest in the country.

Kathmandu is situated in a picturesque location in the arms of the Mahabharat range, which means “Little Himalayas. It is one of the highest altitude areas on the mainland, and the highest mountain on the planet, Jomolungma, or Everest, rises not far away.

From a height of over 1300 meters valley, where the city is located, looks out over the river Baghmati, which, in turn, is the closest “relative” of the sacred Indian river Ganges.

With the emergence of the state of Nepal associated many legends, imbued with the spirit of mystery. It is believed that at the site where is now located Nepal, about a hundred thousand years ago was a deep lake. And one day the gods came here (Buddhists argue that they were spirits), cut with sharp weapons pit, where the lake was, and all the water has escaped. 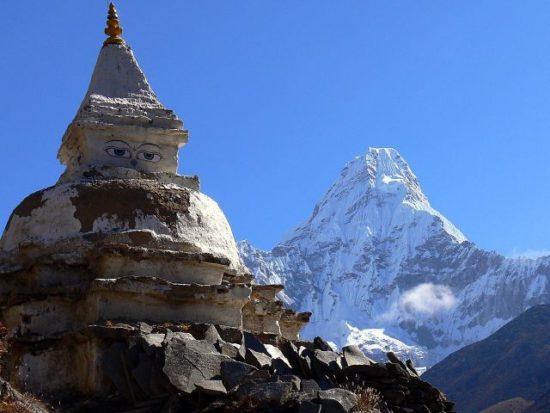 So on the site of the former lake Nepal arose, and here settled a dozen million spirits, which are still alive today.

READ
What a tourist can see in one day in Kharkov, Ukraine

The history of the city began about two thousand years ago, but the usual form he began to get in the 9th century, when the ruling Thakuri dynasty. Despite the fact that the annals of Kathmandu was first mentioned only in the 14th century, it is known for certain that five centuries before that the political power and the first palace of the rulers began to strengthen.

It was called “Kastamandup” – “wooden house” – and there is a popular belief that it was from here that the name of the Nepalese capital came.

A new turn in the development of Kathmandu came in the 17th and 18th century, when the Malla family was in power. They began to intensively build up the capital and the current architecture, cityscape, and the overall appearance goes back to that time.

The weather in Kathmandu for us northerners may seem very comfortable. The warmest time is June-July, but even in summer the average temperature rarely rises above 25 degrees. In the winter the thermometer usually stays around 10 degrees, and snow here, with the exception of the mountain peaks, is a rare occurrence. 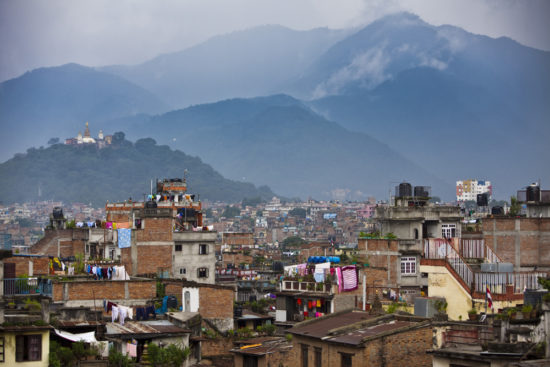 The only downside to the climate are the monsoons that come in the summer and bring heavy rains. On the other hand, the mountain ranges hold back the wind currents that roam in these latitudes in the winter, so Kathmandu, due to its favorable location, does not feel strong gusts.

The time zone in Kathmandu is unusual – the local time differs from Moscow time by 2 hours and 45 minutes. 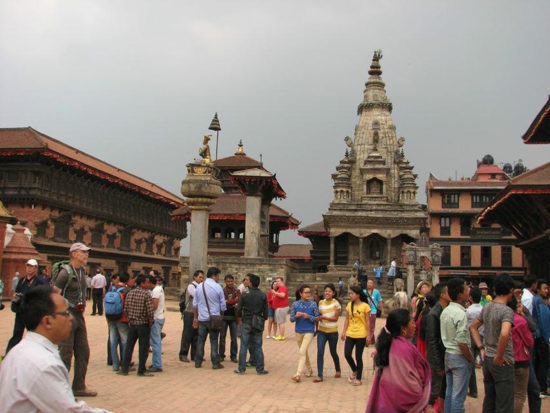 Dozens of temples of Buddhist and Hindu traditions, cultural centers, and museums can be found on a map of the capital city, striking the imagination.

Kathmandu is inextricably linked to the neighboring cities of Lalitpur and Bhaktapur, as they were the indivisible heart of the state until the 15th century, and today are on the UNESCO cultural heritage list, incorporating architectural monuments, cultural testaments, the embodiment of past life.

Palace Square, as it is otherwise known, is located in the central, historic part of the city. Here are the palace and temple complexes – a kind of multi-stage pyramids. Monuments and pagodas replace each other, reflecting the life of the rulers through the prism of centuries. There are also the tombs of former royal families. 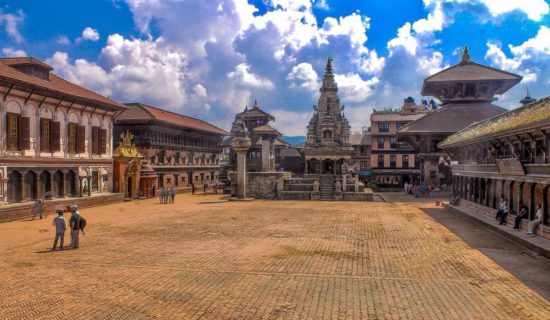 The most famous palace is Hanuman Joka, named after the monkey god of the Hindu pantheon. The entrance is surmounted by a golden gate, with towers in the corners and a facade decorated with majestic columns. There are tombs, monuments and statues in the surrounding area.

Durbar Square is also decorated with the temple of Taleju, which was built in the 16th century. Opposite it is the Krishna Mandir Temple in the form of an octagon.

A little further away is the residence of the goddess Kumari, who is chosen from the girls of the Brahman varna. The spirit of the goddess moves into the girl and stays there until the period of puberty, after which she again moves into a new body.

Nepalis consider it a great fortune to see Kumari looking out the window of the palace, so crowds of pilgrims are “on duty” at the walls of Kumari Ghar.

It is located on the eastern edge of Kathmandu and is a stupa in the form of a hemisphere. It’s impossible not to notice it – it’s so striking in size. The stupa is surrounded by the bedroom community, souvenir shops, and Tibetan lama monasteries. 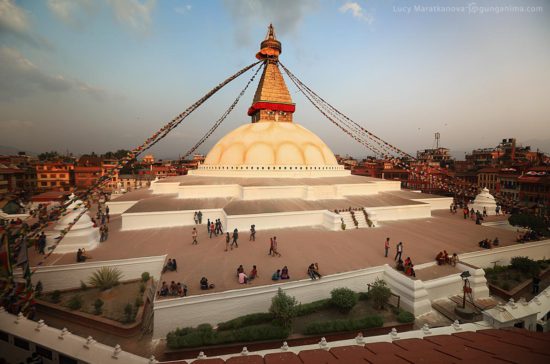 It is believed to contain the remains of an unnamed Buddha, who was the predecessor of Shakyamuni Buddha. The structure is truly grandiose and has hidden symbolism.

In the foundation of the stupa is a mandala in the form of a triangle, which reaches a diameter of eighty meters – it represents the earth. The dome that rises above the facade is a symbol of water, the spire above it is a sign of fire, and the sharp tip of the spire is airy.

The main street boasts many interesting temples. Among them is Akash Bhairav, the abode of the god of heaven. The main activities during the Indra Yatra celebrations – the end of the rainy season – are held here. 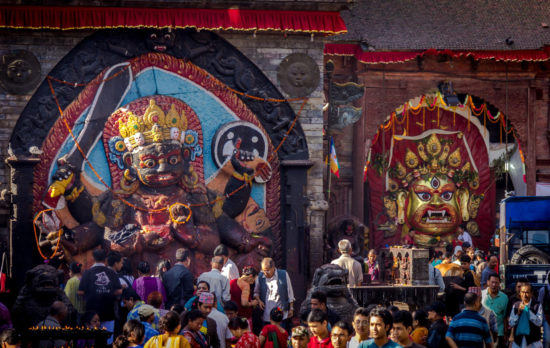 At the intersection with Asan Street is the Mazendra Nath, or pagoda of light, covered with a bronze plating. The two-tiered building hides divine statues, one of which is special: it is mounted on an altar and accepts offerings and prayers from Buddhists and Hindus alike.

A little further away is Pashupantinath, the abode of Shiva, whose beauty is often only to be admired from the outside – tourists are not allowed inside.

At the top of the white main stupa, but the way to it is difficult – you have to climb the 365 steps that symbolize each day of the calendar year. It is believed that the power of words in Svayambunath is multiplied by 13 billion, so worshippers necessarily have a practice with the recitation of mantras here. 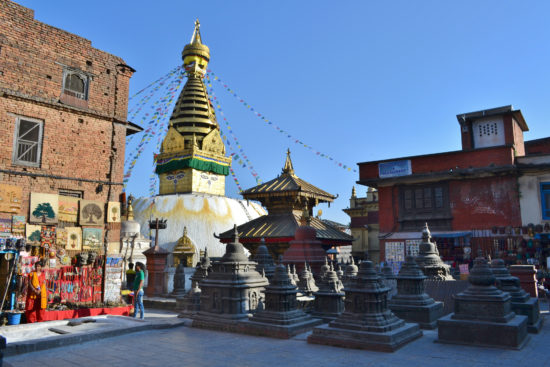 Spirit of the City

Those who say that Kathmandu has a soul of its own are apparently right. It is believed that nothing is impossible in this city, desires are certainly fulfilled, and karma catches up with a person instantly. No wonder people who are in search of light, truth and inner warmth so eagerly come here.

The atmosphere of the city is felt with every fiber of the soul, and it is said that it reaches a critical point at sunrise or sunset. The soft rays of sunlight are smoothly scattered across the panorama of the city with its many low houses, reflected in the mountains and take on a special glow.

Not very wide streets seem to breathe history. The subtle energy of the temples and pagodas spreads throughout the territory, filling residents and visitors with goodness from within.

Perhaps that’s why the locals give everyone a serene smile despite the hardships and deprivations of life, and when foreigners arrive here they find peace, get rid of their usual bustle and do not want to believe in the existence of another world, which used to be their home. 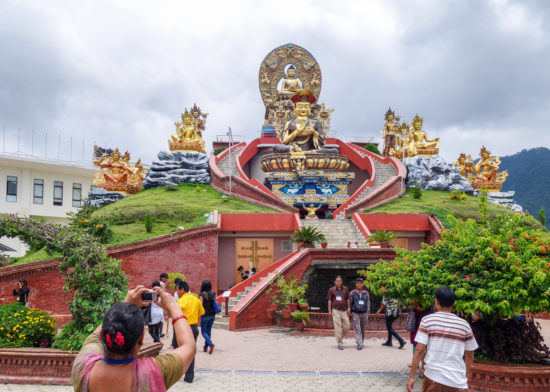 The easiest way to get to Kathmandu is by a connecting flight from Delhi, Beijing or Istanbul. A more exotic, unusual option suitable for experienced travelers is to fly to India and then take a bus or car to the Nepalese capital.

The best time to travel is from October to April, when the rainy season is not rampant. But even then the weather can be unpredictable, so you should have warm waterproof clothes just in case, especially if you plan to climb the mountains later.

Kathmandu is a traveler’s paradise: accommodation for a few days or for a long time for all tastes and pockets, wildly delicious, varied and inexpensive local cuisine, means of transportation in the form of bizarre bicycle and motor rickshaws, tuk-tuks – unforgettable impressions are guaranteed. 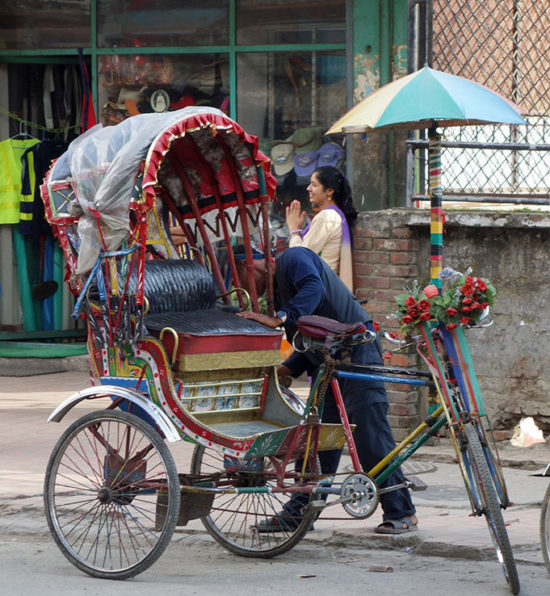 Tourists often settle in the district of Thamel, which has an infrastructure for a relaxing holiday: stores, cafes, bars, restaurants with live music, hotels. Here you can still feel the unique Nepali color.

Thank you very much for your attention, dear readers!

Subscribe to our blog to get new interesting articles to your email!