The capital of the Moroccan state, Rabat is a truly unique city. Its architecture, culture and very atmosphere is an amazing mix of European and Oriental cultures. This has an effect on the sights of Rabat, the center of which is the Kasbah Udaja, an ancient fortress of the city.

The main attraction of Rabat is the Kasbah of Oudaya.

In the Arab world, a kasbah has long been a citadel used as a defense against armed attacks by nomads. In times gone by, it was a stronghold for the city’s defenders and a prison for criminals and traitors, and was never seen again. Today the Casbah of Oudaye, the citadel of the main city of Morocco, is a monument of Moorish architecture. The Moroccan authorities are gradually restoring this quarter of the old city to its original state.

Few of the twelfth century sites have survived. Historians claim that the imposing walls and interior of the citadel of Udaja have survived almost intact thanks to its geographical location: on one side is the steep bank of the Bu Regregg River, on the other the ocean expanse.

Nowadays the fortress is built up with ordinary houses, the blank walls of which overlook the streets of the casbah. Their doors, shutters, and the lower part of the walls are painted a distinctive blue color, while the upper part of the buildings is white. Try not to get lost in the maze of narrow streets of this ancient quarter while admiring their archaic beauty. 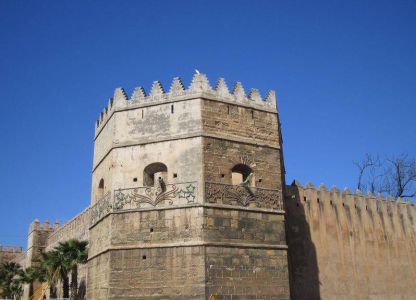 When sightseeing, pay attention to the main fortress gate of the citadel. On them there are unusual images of animals and plant ornaments, not at all characteristic of traditional Arab culture. These paintings are the work of Udaja tribe, who lived in this area in pre-Arabic times of XII century, and after whom the fortress was named. Interesting to see here are the old cannons of the Alawites, used to defend against pirates and Spanish fleet invaders, as well as such works of ancient art as door handles in the shape of a woman’s hand, ashtrays on the doors in the shape of flies, ceramic inlays on the walls, etc. Walk along the main street of the Kasbah of Udaia, Jamaa, on the left side you will see the mosque of Jamaa el Atika, the oldest in the city. It is the same age as the fortress itself!

The double bend of the passage through the main gate of the fortress of Udaya. This was done during the construction of the building to make it more difficult for the robbers who attacked the city. Nowadays, the entrance to the kasbah is on the right side and on the left is a gallery called Bab el-Kebib, which often hosts contemporary art exhibitions. By the way, the word “bab” means “gate” – there are 5 of them in Rabat. It is noteworthy that the gates of the kasbah, unlike the walls of shell rock, are cut out of solid stone – apparently, for better protection from the enemy.

The kasbah is best viewed in the evening, when it looks particularly beautiful in the setting sun. You can also visit the famous Andalusian Garden of Rabat and the city’s Museum of Moroccan Art, and then admire the sea from the convenient observation deck at the northern end of the citadel.

How to get to the fortress of Oudaya?

The Casbah of Oudhaya is located in the so-called Medina, the old district of Rabat. You can get inside the citadel through the Udayah Gate located on the side of Tarik al-Marsa Street.

Usually tourists get to the main attraction in Rabat by bus (Arrêt Bab El Had). But it is also quite acceptable to travel around the city by cab, especially since you can always negotiate with local cab drivers.

Other famous attractions in Rabat are the Minaret of Hassan, Shella and the Royal Palace.

Morocco – the citadel of Kasbah of Udayas

The Casbah of Oudaya is an ancient fortress in the capital of Morocco, Rabat. The citadel is an incredibly beautiful architectural monument of the Moorish period. It is named after the Berber pirate tribe Udaya that ruled the area for some time.

The citadel was built in 1158 during the rule of the Almoravids. It dominated the valley of Bou-Régregg, and did not become important until 50 years later.

In 1208, the Almohad dynasty, led by Sultan Yacoub al-Mansour, seized power. They took control of the valley and occupied the citadel. Inside the citadel were built residences. The walls, painted white and blue, Muslim style, were windowless. 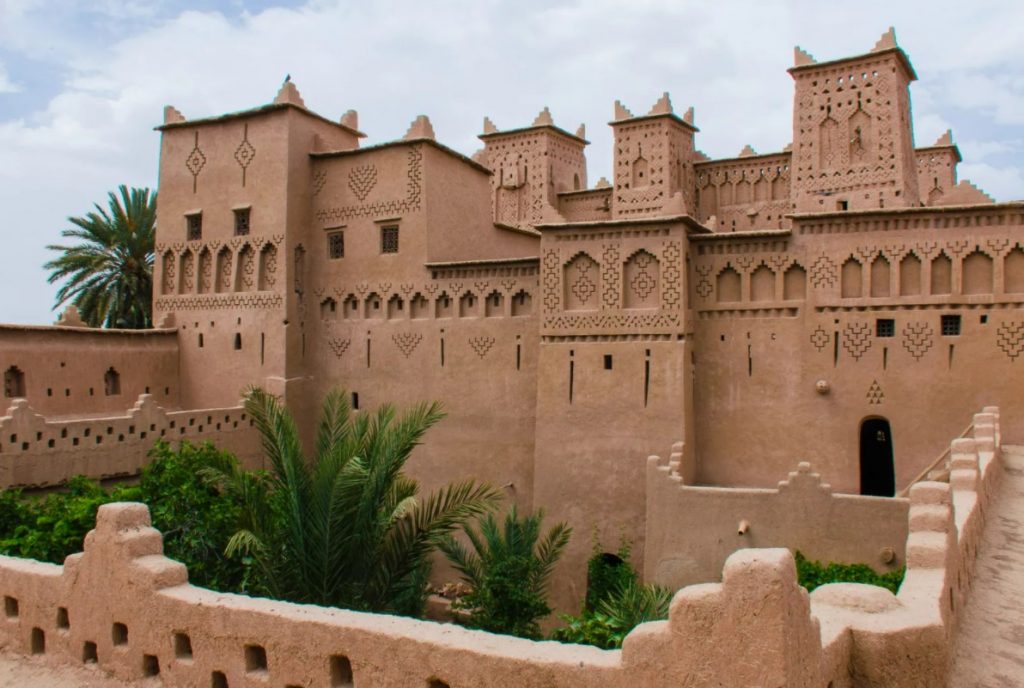 Yacoub al-Mansour (reigned 1184-99), commanded the central portal of the fortress to be built. The main buildings were also built during his reign. In the fortress, on the gates, you can see the unusual images of animals, which are quite atypical for the Arabs .

Hassan Mosque was founded at the same time. It was not completed and its stones were used for the construction of residential buildings. Next to the foundation, the minaret of Hassan, rising to 44 m, can be seen.

The Almohad dynasty lost territories in Spain and a large area in North Africa. This was their downfall. With the demise of this dynasty, the fortress slowly fell into decline, a process that lasted for centuries.

Robbers and pirates used the citadel as a shelter from European ships for a long time. 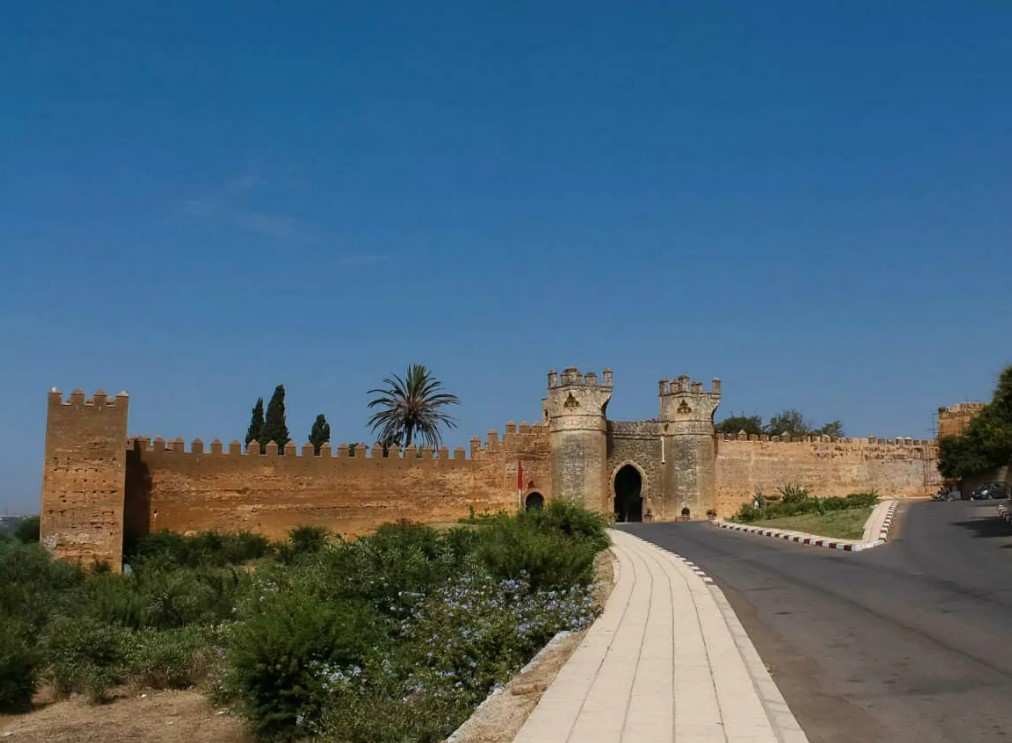 The city reached its heyday during the so called Holy War of the Muslim Morocco and Spain.

The rebirth of Rabat began with the expulsion of the Moriscos (Muslims who formally converted to Christianity) from Spain in the early 17th century. Many of them remained in Rabat and contributed to its development.

In 1627, Rabat and the town of Salé, separated from it by the river, were united to form Bou-Régres Republic. Today, the suburb of Salé is part of the metropolitan area of more than 2 million people.

The Republic was taken over by pirates who used the cities as ports to attack ships. They lived autonomously and did not encounter any authority for about 40 years.

READ
Scotland - the land of castles and pristine nature 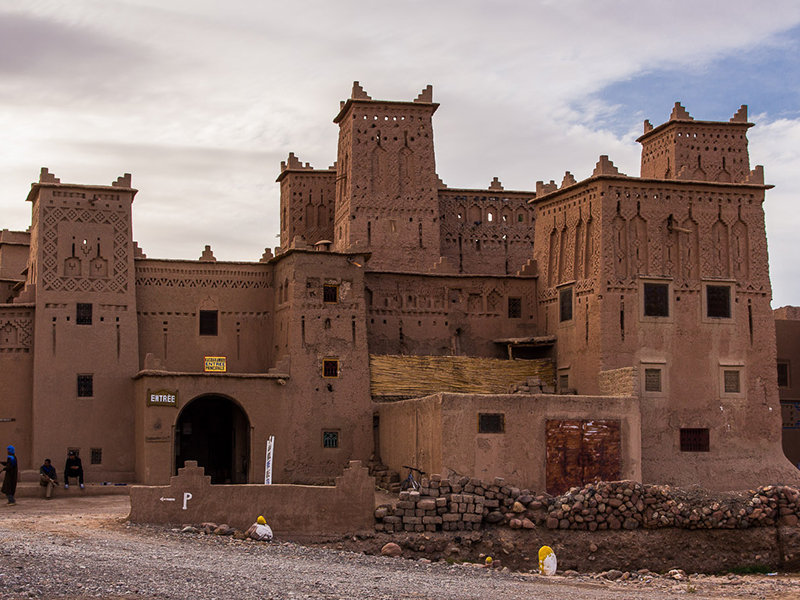 In 1666 the Alawite dynasty (to which the modern ruler of Morocco belongs, King Mohammed VI ben al-Hassan) set out to unify Morocco under their rule. When they succeeded in their goal of unifying Morocco, it took a long time before the Republic of Bou-Régret could be taken over. This semi-independent republic existed until 1818. The fortress was rebuilt under the Alawites.

With the departure of the rulers of the fortress, it gradually deteriorated, but the damage is still insignificant. Tourists visiting the citadel, will be able to see the perfectly preserved cannons of the XVII century, installed on the powerful walls of the citadel. On the northern wall for tourists set platform, which offers a stunning panoramic view of the sea.

The fortress gate can rightly be called a masterpiece of pre-Arabic times. And behind them, tourists are greeted by a variety of greenery, gardens with orange trees, narrow winding streets with small houses made of white shell rock. The main street Dzhemaa leads to the mosque of the XII century.

After a walk around the citadel should visit the Museum of Moroccan Art with a large collection of oriental treasures. The museum occupies a 17th century building that was the personal residence of Sultan Moulay Ismail. Note the architecture of the palace and the surrounding garden. Rabat has many gardens, but each one is unique. The museum was founded in 1915. On display is a rich collection of ancient clothing from different regions of the country; jewelry, ancient astrolabes, luxurious carpets, ceramics, musical instruments, etc. 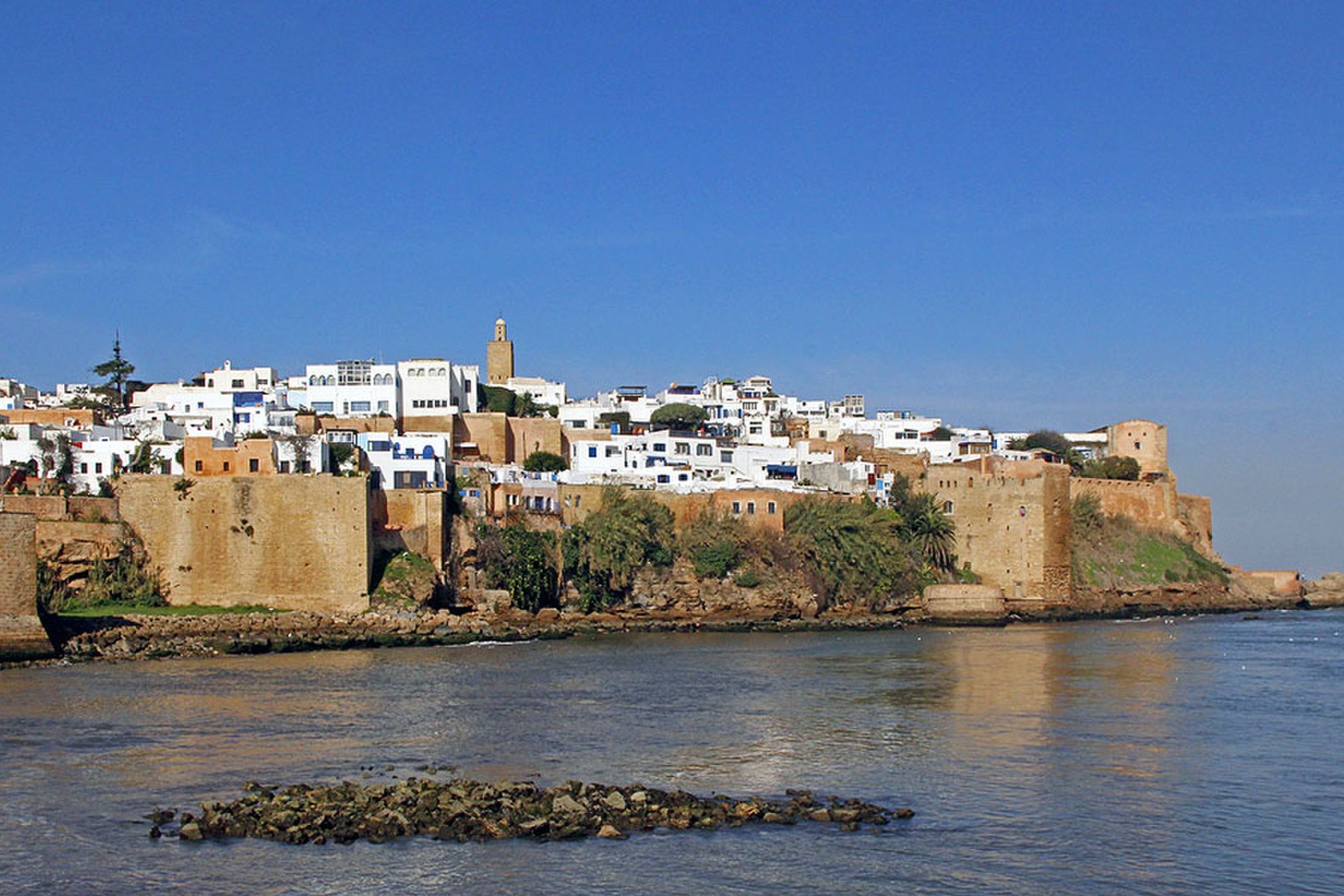 One of the halls of the museum is devoted to ancient documents. This collection includes not only Muslim texts but also unique records of Arab historians.

In 2002 the museum building was completely renovated and now various exhibitions are held there. For example, “Jewelry and ornaments”. This exhibition is very popular with Moroccan women who love gold jewelry. In a separate room are presented weapons with decorative ornaments and men’s jewelry.

On the territory of the fortress is a cafe . Now the citadel of Oudaya is a beautiful historical architectural monument of Rabat.

The capital of Morocco in 2013 ranked second in the list of “Best Tourist Destination” . Rabat (“fortified monastery”) is not called the capital of life for nothing. Tourists can make sure of this by visiting the wonderful African city with national and European culture. 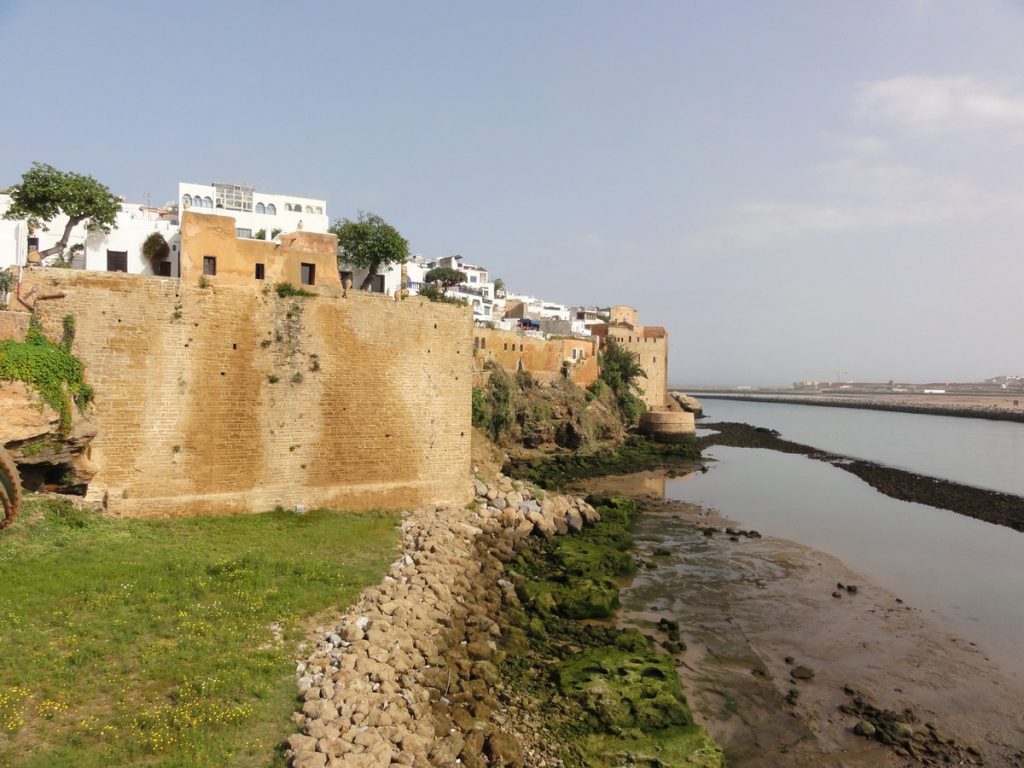