Lovers of exotic corners of our planet will appreciate the unusual natural park called “Lunar Valley” or Ischigualasto, which is located in the northern province of San Juan in Argentina. It covers over 600 square kilometers and is 1,300 meters above sea level. The exotic views of this plain are very reminiscent of the lunar landscape.

To Argentina by yourself – our detailed guide for independent travelers. 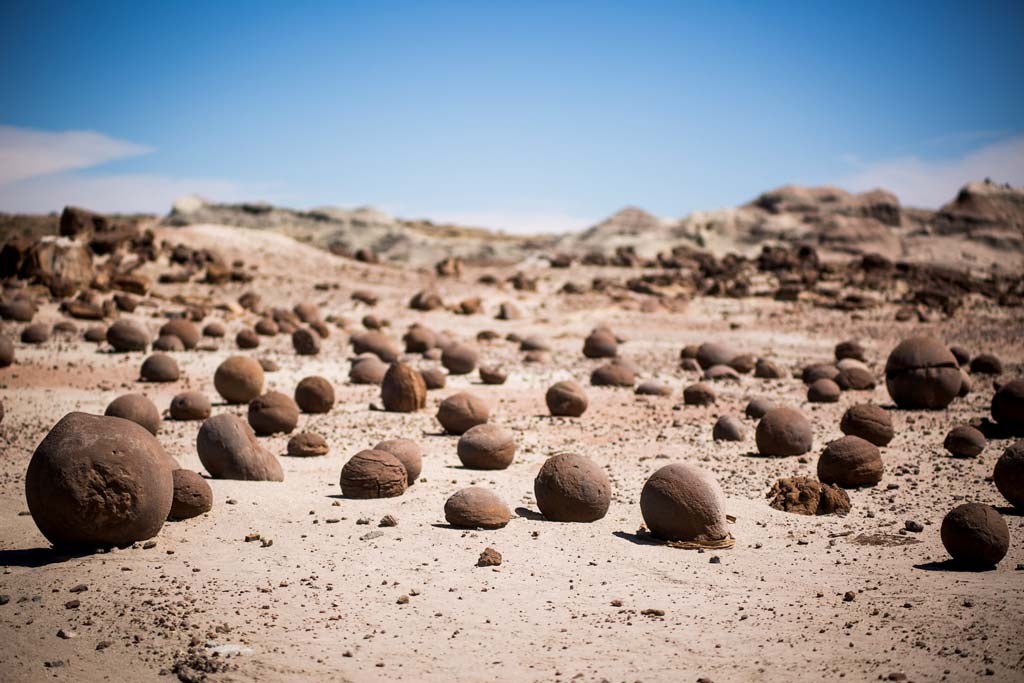 Description of the Moon Valley.

The entire Moon Valley is covered with different boulders, clumps and mounds of outlandish shapes. Truly, the imagination of nature has no limits. From dry, lifeless pictures with figures of frozen ethereal creatures, to lush crimson and lilac rocks of enormous size, fringing the park from the north and west. This effect is given by the red slate. Right on the walls of these monoliths you can find parts of fossilized mollusks, prints of prehistoric plants and animals.

Using the potassium-argon method of dating the age of the rocks, experts have determined that the Moon Valley is about 230 million years old. It was once a river valley full of life. To this day, scientists find fossilized remains of ancient animals and plants here. Visiting the museum, you can admire the bones of reptiles that predate the dinosaurs, models of more than 50 species of ancient animals, many of them full-length. 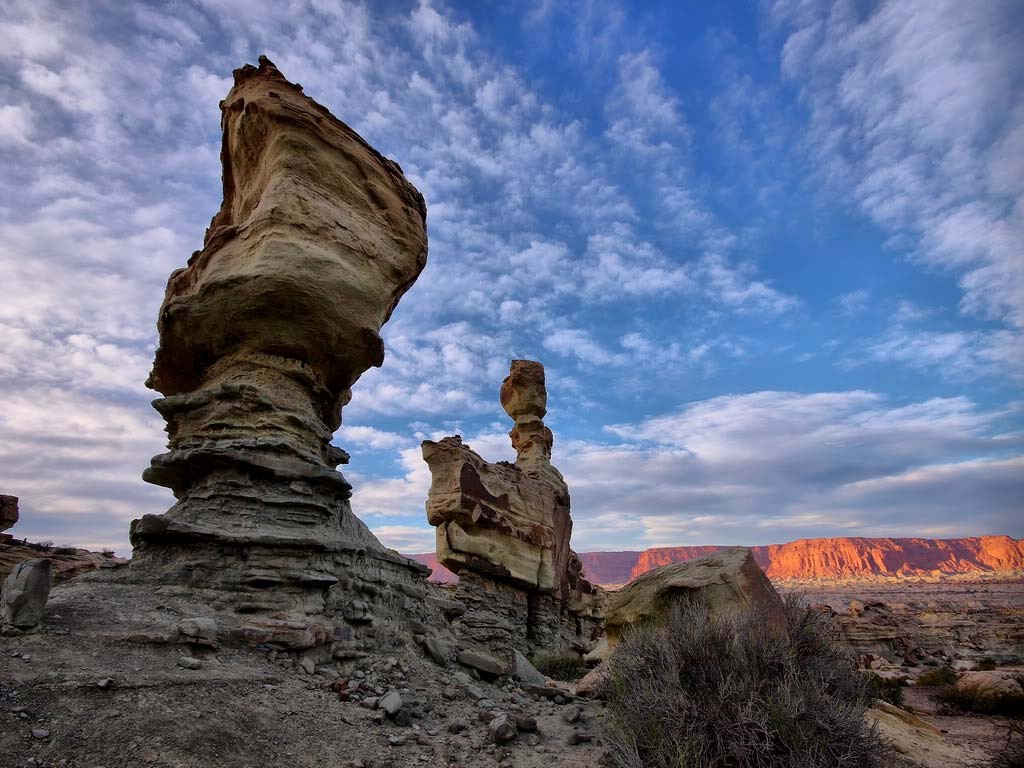 Paleontologists all over the world are gaining more and more knowledge thanks to the excavations in Ischigualasto Park. Many significant finds have been documented here. These include crocodiles, ancient rats and birds. For example, Argentavis magnifitsensis, this is probably the largest bird of all that ever lived on the planet (wingspan over 7.5 meters), foraphocos, they reached a height of about three meters and weighed about three hundred kilograms.

In 1980, was found skeleton gererosaurus, its length is 4.5 meters. In 2010, a team of paleontologists led by Riccardo Martinez of the University of San Juan and Paul Sereno of the University of Chicago published the results of their work on the difference between carnivorous and herbivorous dinosaur predecessors, based on excavations in this particular area. 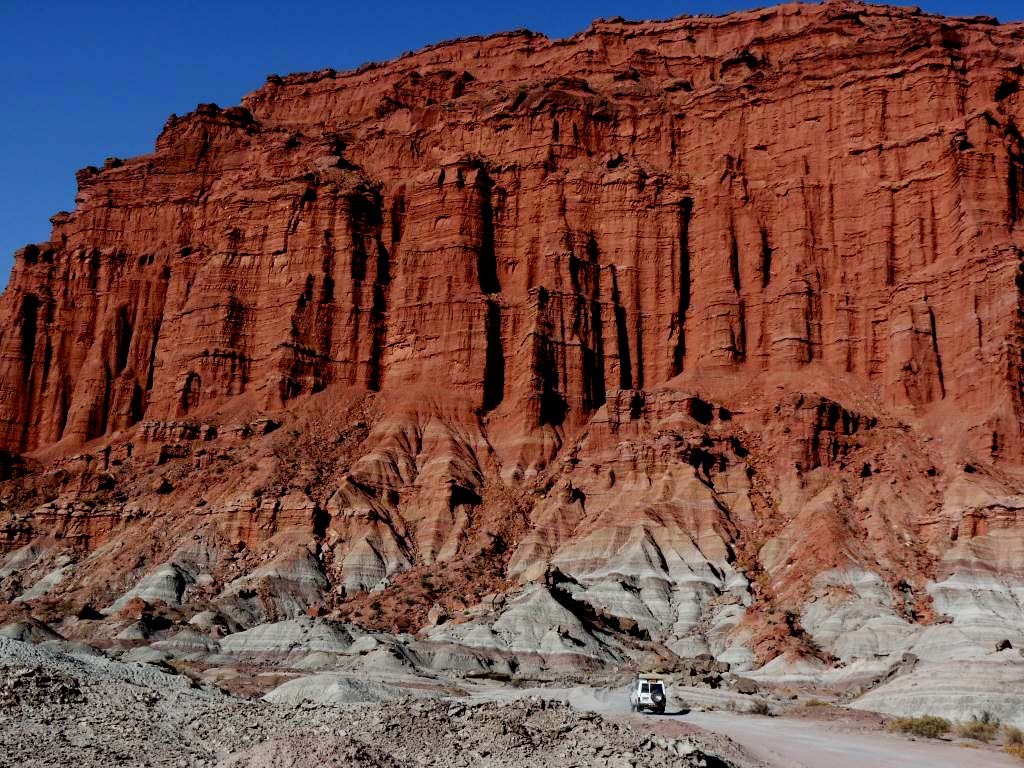 Where Ischigualasto Park is located

Ischigualasto Park is located in the heart of the Atacama, one of the driest deserts in the world. There are places here where it never rains. But there are a number of rivers and streams flowing through the reserve. Thanks to this, there are several species of animals: Argentine fox, llama, cougar, Patagonian hare… Among the birds there are condors, vultures and many songbirds. Vegetation here corresponds to the desert: stunted trees, thorny bushes. Large cactuses decorate the view very much. Many of the plants found here are actively used in medicine. 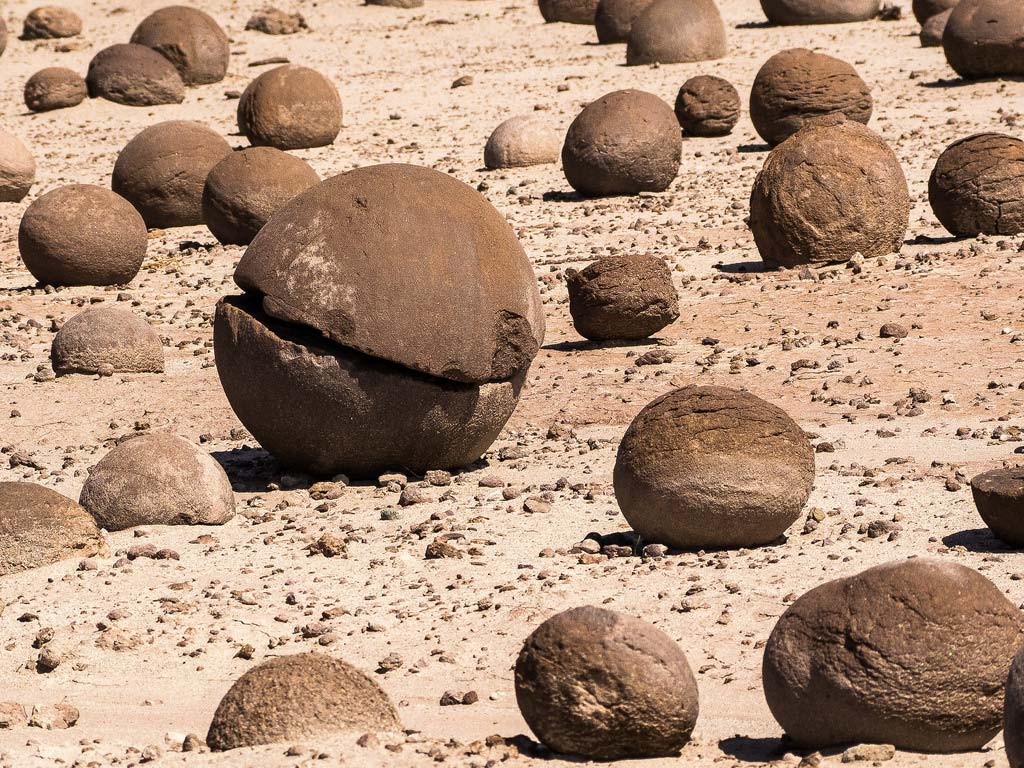 Attractions of the Moon Valley

There is a special natural monument in the park: the Painted Valley (Valle Pintado). These are stone formations, hills of unusual shape. Bright extraordinary colors change depending on the angle of incidence of the sunlight and the presence of clouds. There is really nothing living in this place, only stones and wind.

The so-called “site of kegel balls” (Cancha de bochas) is stunning. Its entire surface is strewn with large, smooth, spherical stones. Their origin is still unknown. Some scientists say that these stones are of volcanic origin, polished by weathering. Others, and this is the more common version, that some small grains of sand grow into rock, harden, and, as they increase in volume, these spheres come to the surface, they may clump together to form even more bizarre shapes. Under the influence of time, they age and disintegrate. They live their own lives, so to speak. Of course, this is just a theory, but the rocks consist of the same rock that surrounds them, which means they were “born” here. 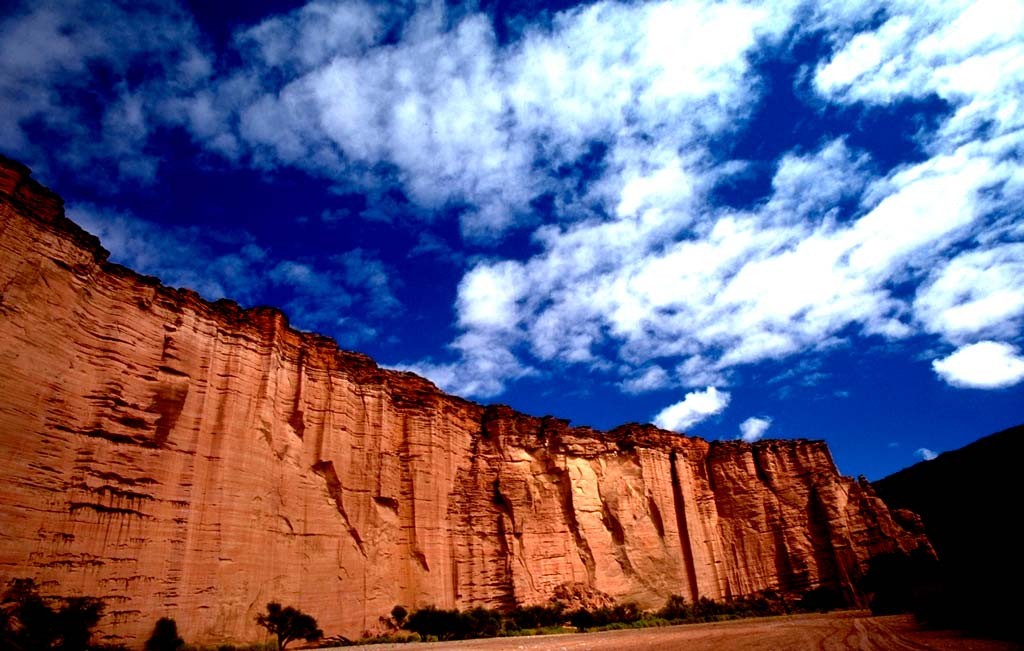 The park of stone figures adds a special charm to the valley. The most famous of them are the Sphinx, the Submarine, and the Mushroom. There are other phenomenal sculptures of nature. Huge blocks, worked by the sun, wind and water over many millions of years, were transformed into completely unusual sculptures.

In the evening, when the sun goes down, Moon Valley is covered with many shadows of different shapes. Against a backdrop of ever-changing colors, it gives the entire park a special charm. There is nowhere else on the planet with such fantastic scenery. This landscape is simply ethereal. They say even NASA tested their rover here. And there is no number of popular science films shot in Ischigualasto. 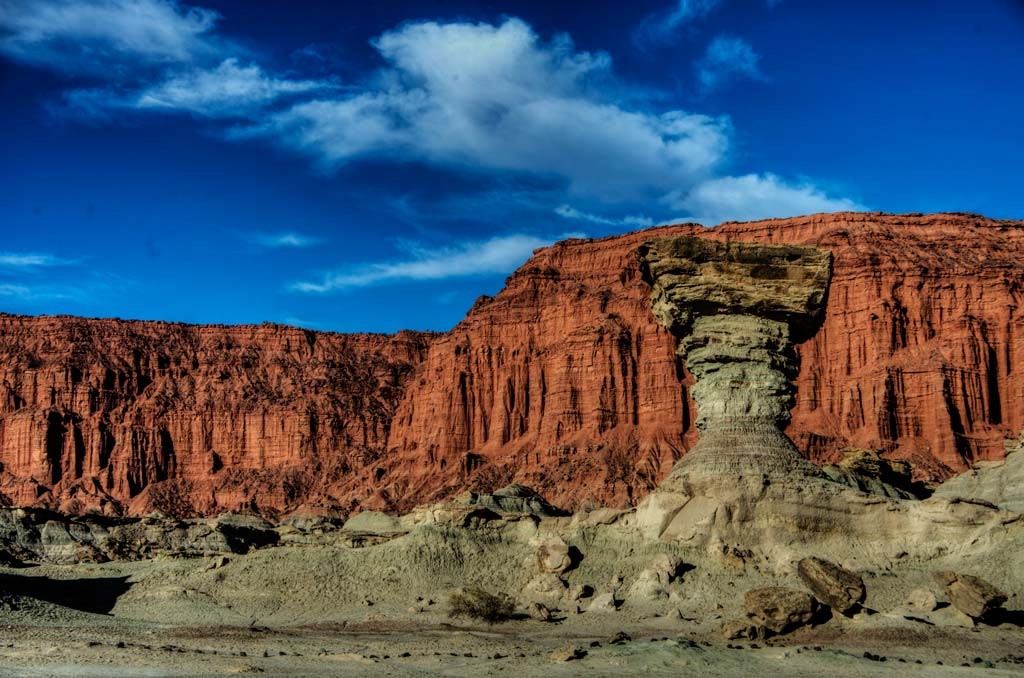 At night, tourists are not allowed into the park. But eyewitnesses say that when the moon, especially if it is full, the area is flooded with enchanting silvery light, stone sculptures seem to come to life, change silhouettes, shades, and all this against a background of absolute silence.

Indian legend has it that these stone giants served as landmarks for the flights of astral spirits of ancient shamans, while they traveled in their sleep to their ancestors and descendants. That these places were inhabited by Indian tribes, including the Incas, is proved by fragments of cave paintings found. Another legend explains the name of the park. Ischigualasto in the language of the Diaguita Indian tribe sounds like “the place where the moon rests.” Judging by the extraordinary scenery, it’s true.

Argentina is a very interesting country for tourists. There are many national parks, which leave deep impressions to travelers. Ischigualasto is one of the most memorable. It is listed as a World Heritage Site. Together with the even larger Talampaya Park (province of La Rioja) form a single UNESCO site 966. Therefore, visits to these places are only allowed in a tour group and with a local guide.

The tour schedule is carefully established. Every hour from 9 am to 5 pm caravans of cars and vans of visitors or tour operators, independent of the park administration, accompanied by one of the official guides of the reserve begin a three-hour, forty kilometer long voyage making five stops at the most beautiful places.

The travelers only have to get from Buenos Aires to the town of Valle Ferlil or San Juan. And local travel agencies will already take care of the means of transportation and the road to Ischigualasto, the most extraordinary National Park in Argentina, and perhaps in the whole world.