The Moluccas are called the islands, which are located on the territory of Indonesia. Since ancient times, they are known as the “spice islands”. It’s here that people from all over the world come to buy rare and fragrant spices: cloves, pepper, cinnamon and many others. And the race for these spices played an important role in world history. For example, attempts to find a sea route to these islands brought closer the beginning of the “Age of Discovery,” and the lucrative sale of spices led to the formation of the colonial empires of Europe. This was quite a significant event in the formation of the modern world.

The Moluccas Islands are an unusually attractive place for travelers. People come here from all over the world to buy fragrant spices and to admire the local sights. 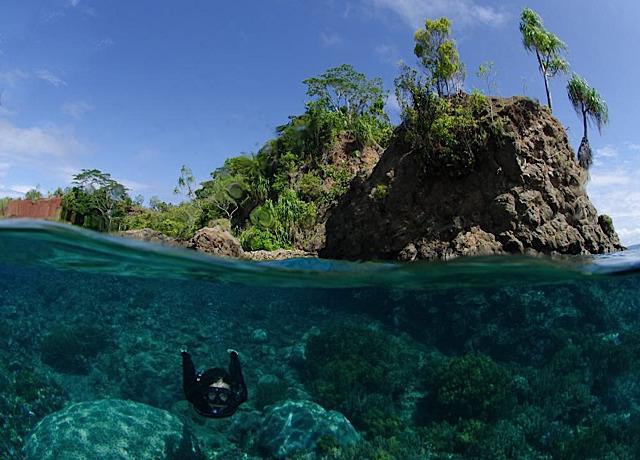 The name of this island means “land of kings” in Arabic. The island was originally a link in a chain of 5 small pieces of land – Ternate, Tidore, Moti, Mare and Makian . All of them are located near the large island of Halmahera. As for the modern Moluccan Islands, today it is an entire province. It consists of 999 small islands, including Ambon, Buru and Seram. In addition, there are tiny pieces of land of the island of Banda. 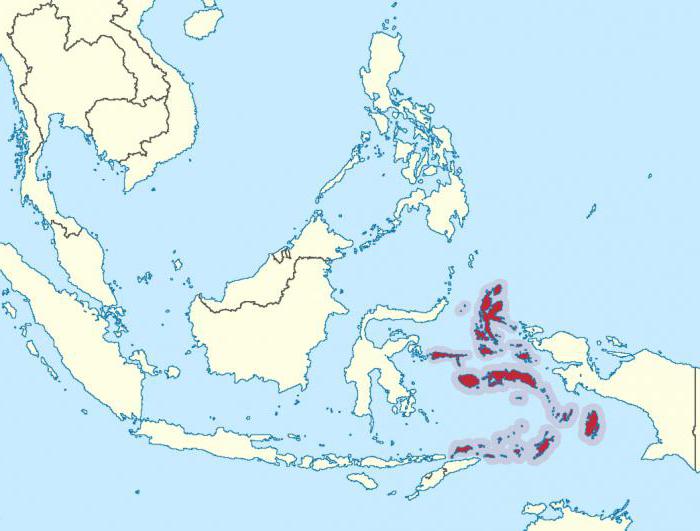 The native inhabitants of the Moluccas are of different races and cultures. The locals are the Malay-speaking population and the Alphures . There are also Melanesian-speaking groups who speak mostly Austronesian languages. There are also Papuans (e.g., Halmaherans) who speak a peculiar New Guinean dialect. Indigenous inhabitants of this mini-archipelago grew here high-quality cloves, and many other spices. 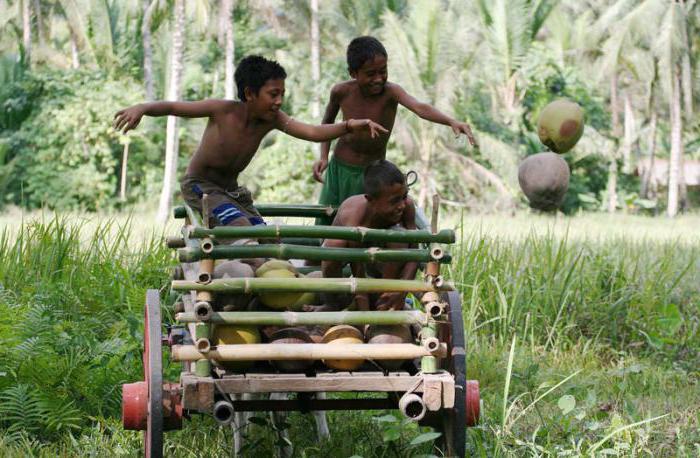 The capital of the islands

The town of Ambron is considered the administrative center of the Moluccas Islands. It is situated on the island of the same name, Ambon . The city was founded by the inhabitants of Portugal in 1574 and saved the traces of the past centuries, although it lost a lot of buildings of the colonial period due to the bombing during the Second World War.

About ancient times best tells Fort Victoria . It is an ancient military fortification that was built by the Portuguese. At the very top of the hill there is Sivalima Museum, which boasts a large collection of artifacts of tribal material culture. Not far from Ambon you can see the majestic Mount Sirimahu. In one of its bends you can find the picturesque village of Soya , where you can see the old Dutch church built in 1817. In addition, these territories are the residence of an ex-raja who once lived in this area. 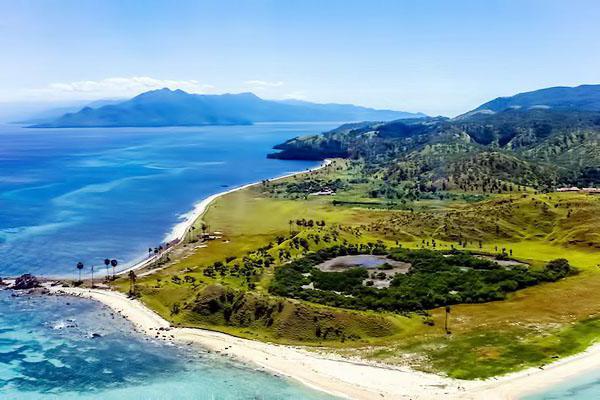 Just beyond the village of Soya, we see a branching of the road into paths (locals call them “the path to Calvary”). These paths lead to the villages of Ema, Kilang, Naku, and Hatalai, which are located to the south of the mountain. Each individual village has its own megalithic buildings. The appearance of the villages has not changed much since the missionary Francisco Xavier did his best to convert the locals to Catholicism in the 16th century.

The islands of Ternate and Tidore have a peculiar shape like a pair of volcanic cones, about 10 kilometers in diameter and 1.7 kilometers high. For centuries, these two pieces of land were probably the most valuable properties in Indonesia, as they were famous for their monopoly on clove production. The town of Ternate was formed around a trading post built here by the Dutch back in the 17th century. On a hill that cannot be overlooked in this area is the palace of Kedaton . Today, this sultan’s castle houses a museum. 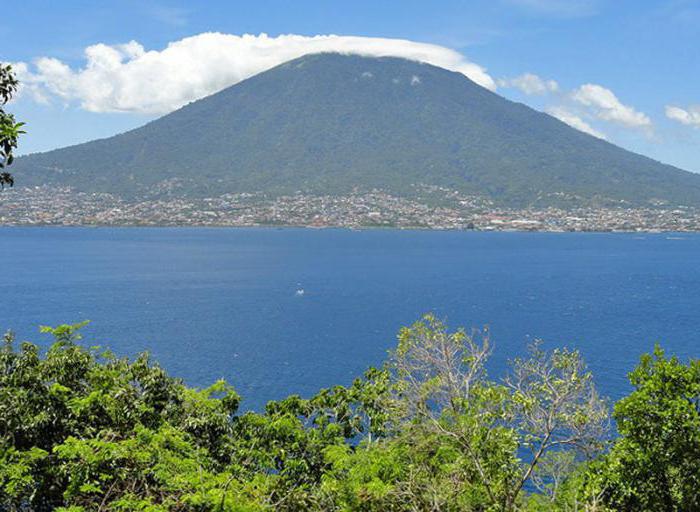 Just 20 minutes by boat from Ternate to the island of Tidore is a change of scenery and a great variety of experiences. The largest town, Soascio, is like a Mediterranean fishing village. Snow-white houses with sharp roofs, which are scattered in small mosaics on the slopes of the hill, are a legacy of Spanish tradition. The mountainous surface of Seram Island also has a large number of villages and ancient military fortifications, but there are very few towns and virtually no roads.

The same is true of Buru Island, which is covered in dense forests and surrounded by reefs and marshes. To visit this island, you must obtain permission from the administrative center of the Moluccas Islands the day before. 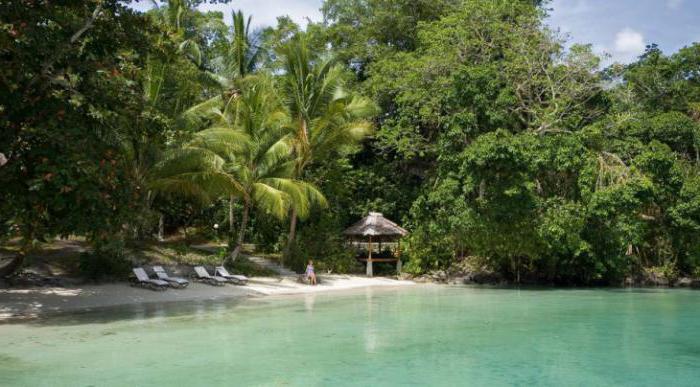 The other islands, named Banda, are quite well known around the world and are called the “Nutmeg Islands”. This place has a very rich history. The main town is Banda Neira. It is located on the slopes of the mountain. It is separated from its neighboring island only a thin thread of strait. In the city you can see the old Dutch Protestant church, as well as two military fortifications.

Flora and Fauna of the Islands

The Moluccas Islands have a predominantly hot climate, but sometimes it rains. Because of this, the vegetation in this area is quite rich. The native land of cloves has a large number of cycad palms, the fruits of which are the main food of the natives. In general, the nature here is beautiful and varied. As for wildlife, it is also interesting, although mammals are very small in number. Most often there are marsupials, as well as certain breeds of deer and babirus . But on the island of Batean you can even see monkeys. 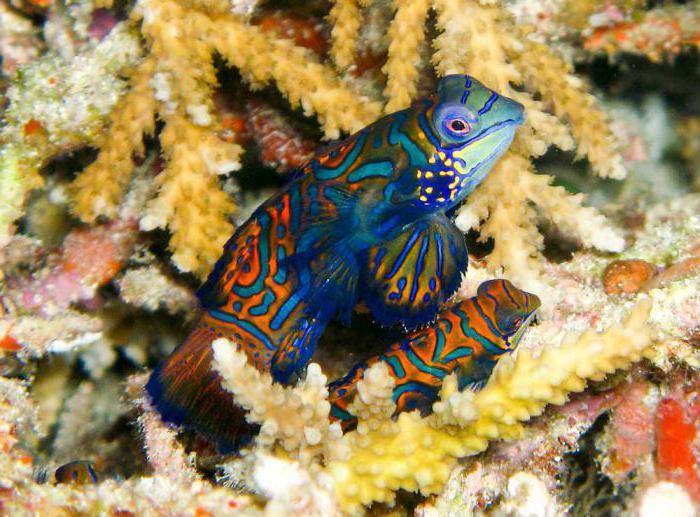 In the Moluccas islands there is a large variety of birds, mostly parrots. However, each separate piece of land favored by certain species and breeds of these birds. In addition, the islands boast a great variety of sea creatures, as well as beautiful unusual insects.

If you want to spend an unforgettable vacation, we recommend visiting the Moluccas Islands. Beautiful nature and warm climate – what can be better for a good time?