The largest wine cellar in the world is in Moldova

Italy, France and Spain are the three largest wine regions in the world, but none of them has such a large wine cellar as Moldova. 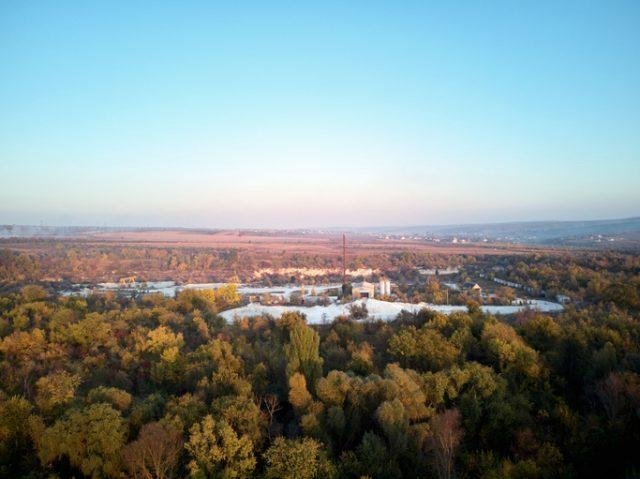 Moldova’s continental climate is shaped by the Black Sea basin. This is ideal for wine production. With snowy winters, fairly sunny days in the summer, grape growing has flourished in this region since ancient times. For the peasants, grapes were the main source of income. 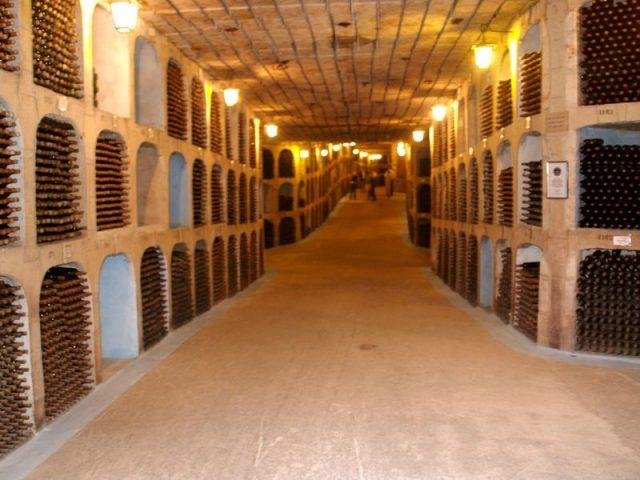 Mileshti Meach is a cellar, a vast underground network of wine-filled “streets”, each with its own name. Mileştii Mici is also the name of the commune where the cellar was founded, just 11 miles from Chisinau, the capital of Moldova. Mile? tii Mici has the largest wine cellar in the world by number of bottles.

Milestii Mici is owned by the state and in 2005 entered the Guinness Book of Records as the largest wine cellar in the world. Its premises hold about two million bottles of wine. 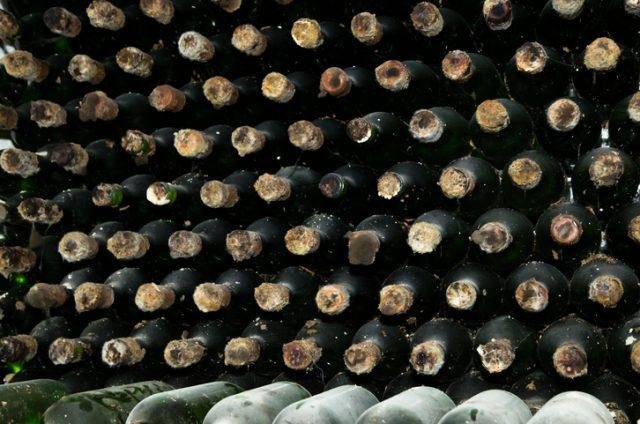 This wine paradise can be visited either by bicycle or by car. A beginner can use a map, as the underground network looks like a maze. For any wine aficionado, this place can be a true paradise, as there are over 30 miles of underground wine galleries to visit and taste the wines. Underground labyrinths left over from limestone mining are used for the cellar. The underground limestone galleries of Milestii Mici extend a total length of about 200 km.

The first bottle of wine appeared there in 1968, and new ones are constantly being added. The cellar maintains a constant temperature throughout the year and the humidity level remains around 90 percent. Some of the most extravagant bottles of Milestii Mici can be purchased for $540. Red wine is found in the largest quantities, about two-thirds of all the wine in the cellar; the rest is white and dessert wine. 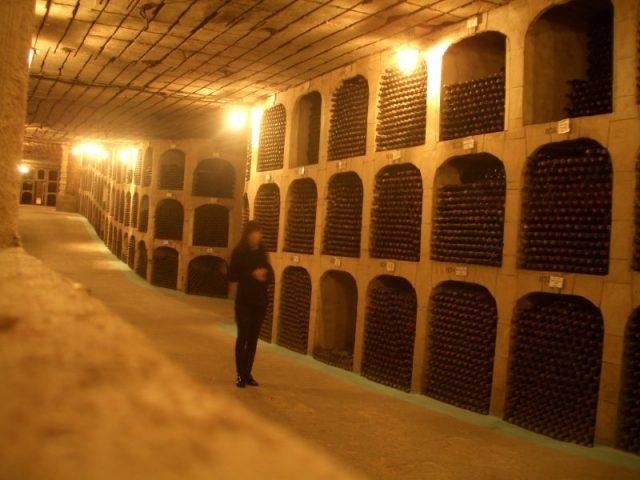 Archaeological discoveries of vineyards in the country suggest that grapes have been grown here for thousands of years. The region began trading with the ancient Greeks in the 3rd century B.C., and by the second century A.D. ties were established with the ancient Romans. 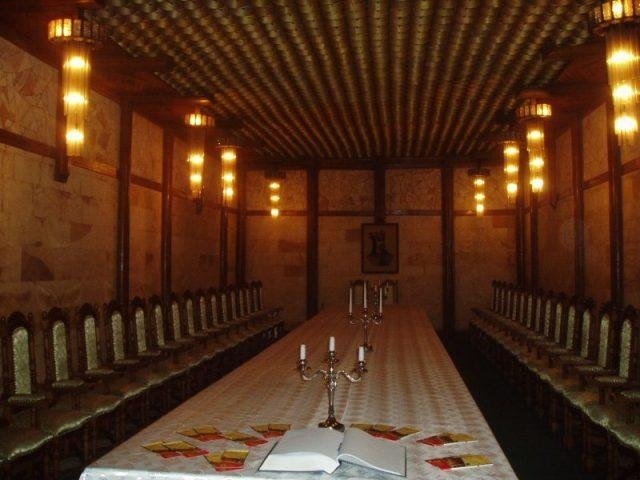 A long table in the cellars of Mileshti Mici.

From feudal Moldova during the 14th and 15th centuries, local wine was exported to countries such as Russia, Ukraine and Poland. During the 19th century, when the country became part of the Russian Empire, wine remained a major export asset.

Although Moldova was only a small part of the vast Soviet Union, it produced about 70 percent of the USSR’s wine. In fact, every second bottle of wine consumed in the USSR was produced in Moldova.

After the collapse of the USSR in the early 1990s, however, Moldovan wine went unrecognized by the international community for some time. 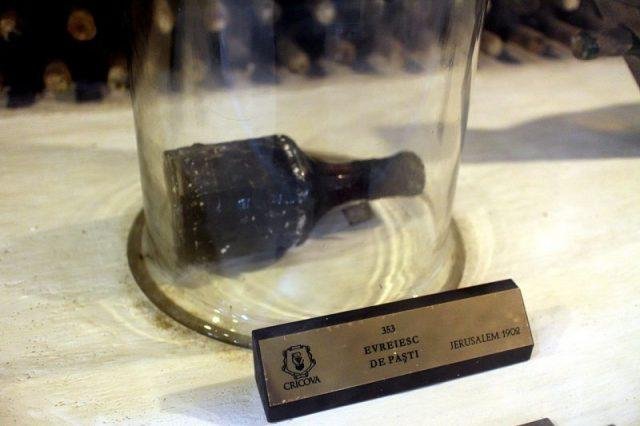 A unique bottle of wine from 1902 (Easter Jerusalem, Jan Becher) is on display in the cellars of Cricova, Moldova.

A small country that labeled its main product as “made in the USSR,” faced political turmoil and a trade embargo, it took some time before the high-quality Moldovan products found their way to Western markets. 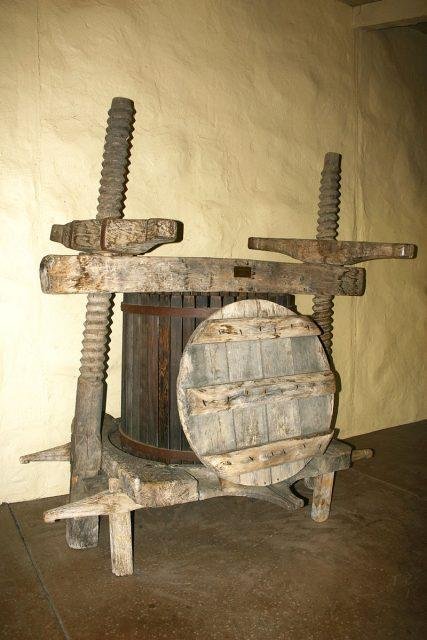 The country currently exports 80 percent of its wine stocks to the EU. The Cricova Wine Cellar, also close to the capital Chisinau, holds about 1.25 million bottles of wine. Some of the wines stored here were produced as far back as 1902.

Moldovan wineries are widely known outside the country, but how often do Moldovans themselves prefer to visit such places? We have selected fifteen local wineries where you can not only taste wine but also taste the national cuisine, listen to good music, learn more about wine production in Moldova and even stay overnight. 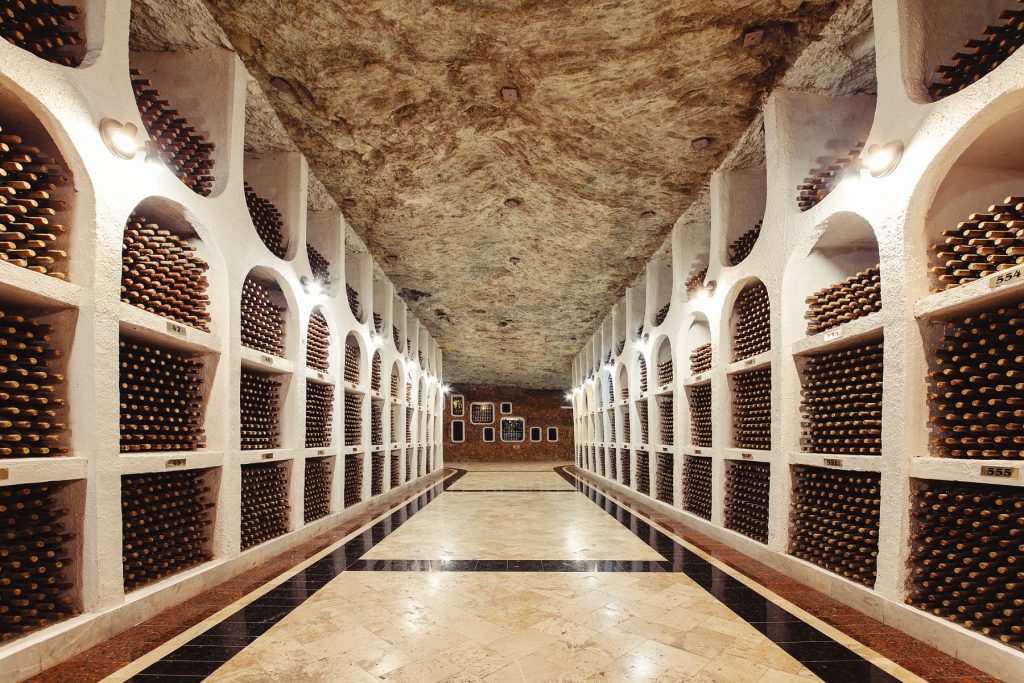 Cricova Winery is located in the central region of Moldova. Here at the depth of 60 meters the wines, the quality of which is recognized all over the world, are kept. And the one who has visited the endless Cricova Cellars stays its prisoner forever, year after year striving to return here to admire the fairytale beauty of the man-made underground kingdom. 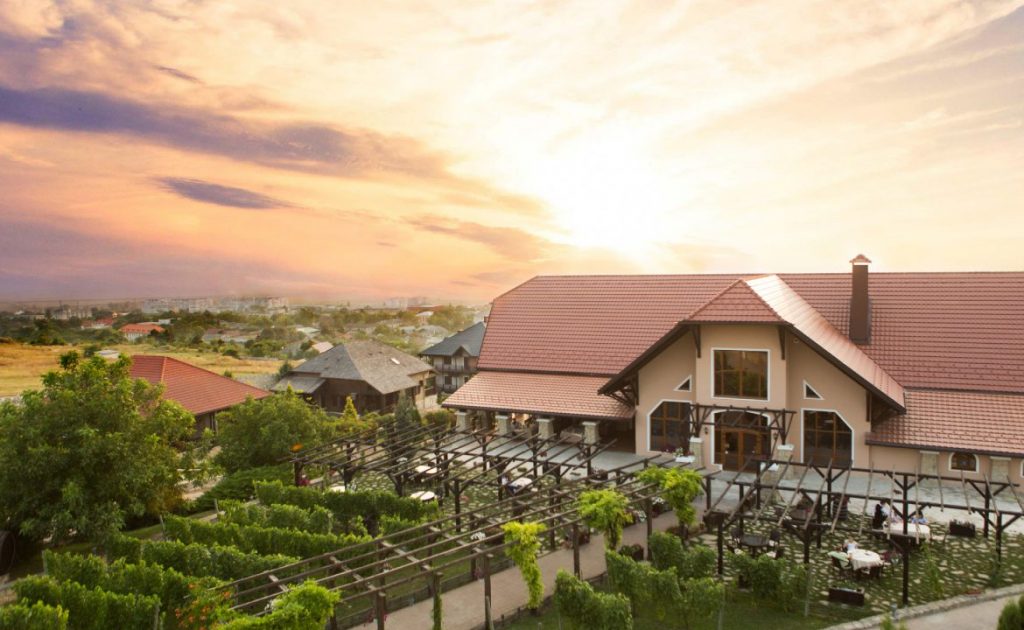 The name Vartely comes from the name of the city of Orhei, which in Hungarian means “place of the fortress”, (vár + hely or fortress + place). The Château Vartely brand was developed and launched in 2004. Its slogan is “Wine with love for you”. 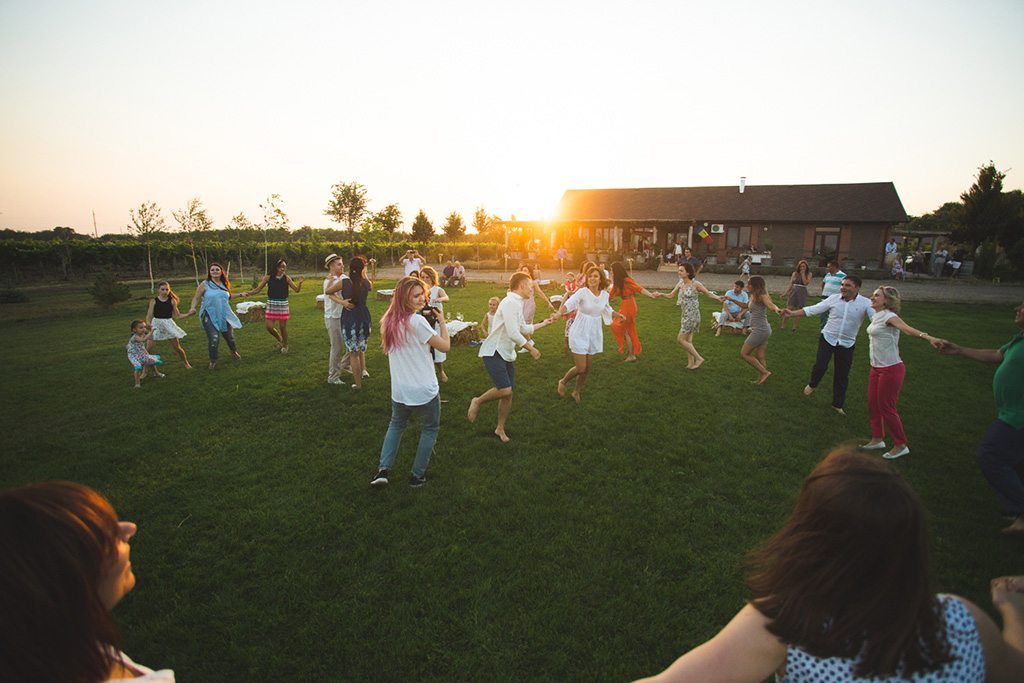 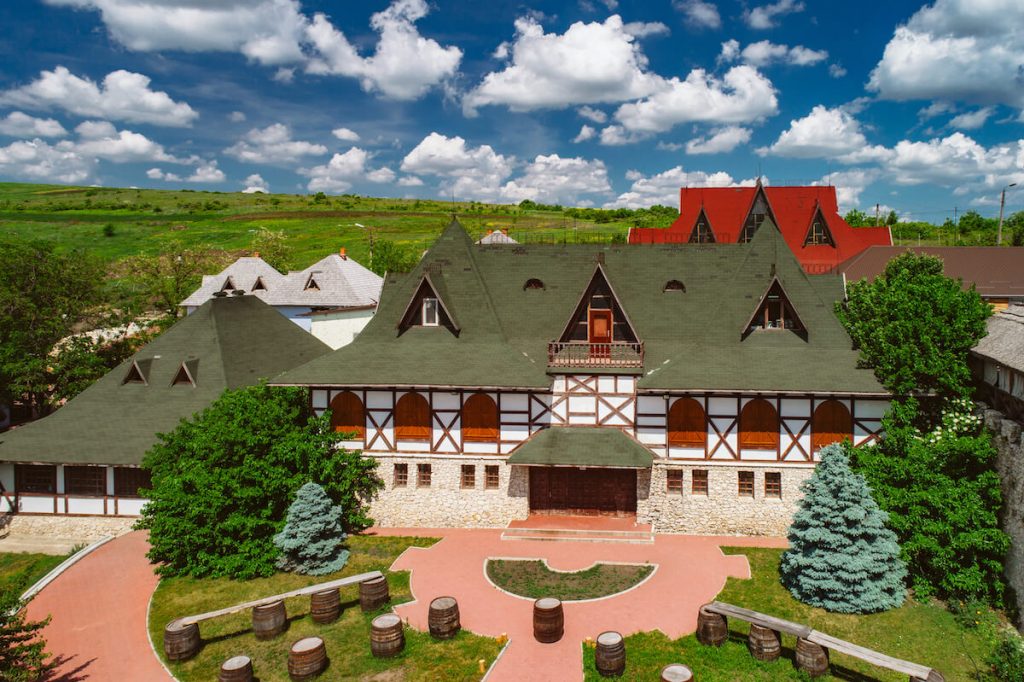 The winery has an impressive wine collection: 60,000 bottles, 40,000 of which date back to the 1990s and the rest to later years. Their wines are based on grapes such as Cabernet Sauvignon, Merlot, Chardonnay, Sauvignon Blanc and Muscat. 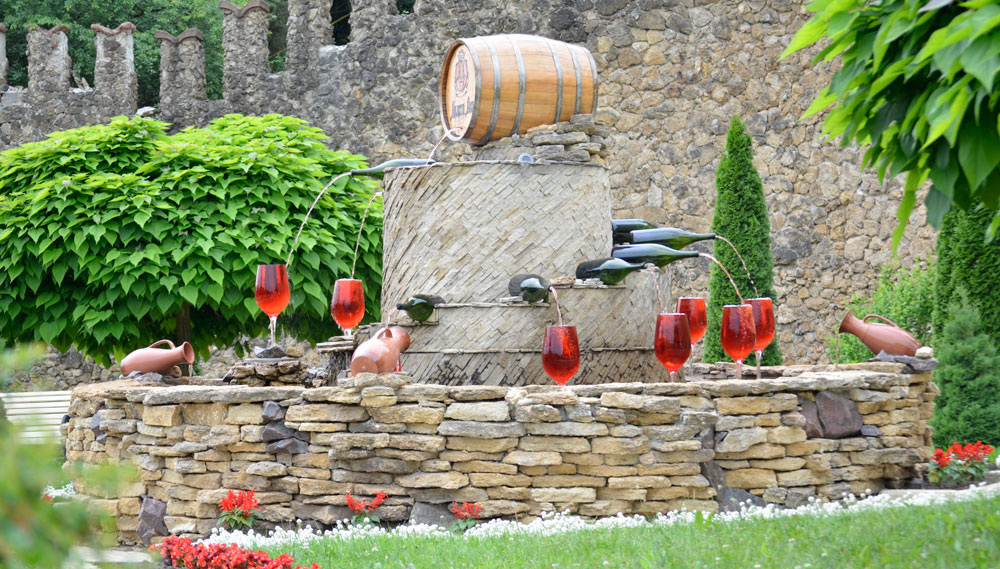 The Little Milestii Mici winery has become a legend thanks to its impressive collection of 1,500,000 bottles. It is the biggest wine collection in the world and was mentioned in the Guinness Book of Records in 2005. With their exceptional character and style, the Mileshti wines are recognized and loved far beyond Moldova. 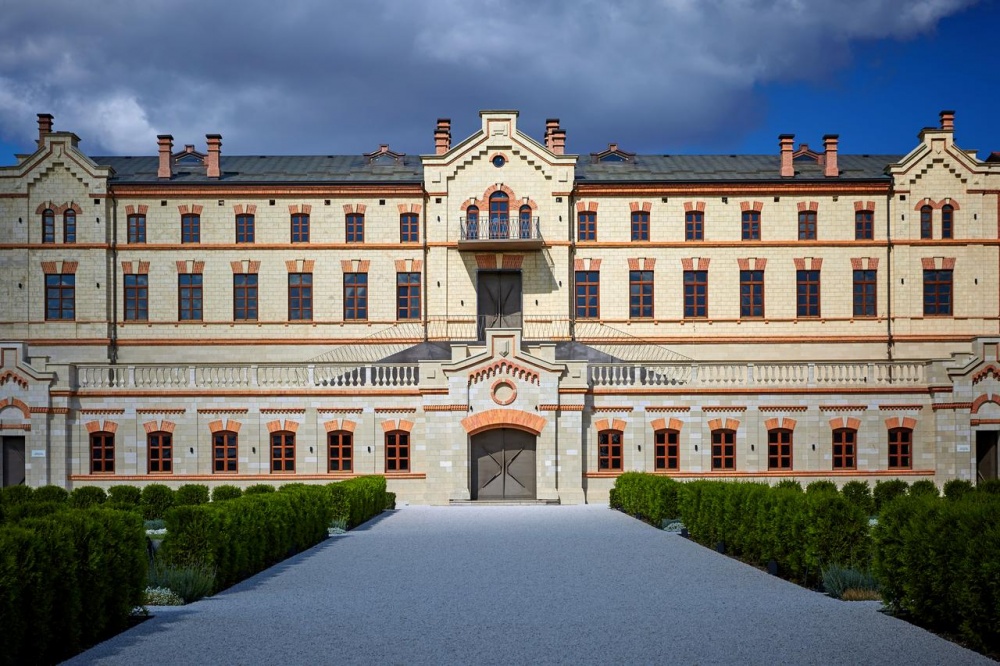 Castel Mimi is the only castle in Moldova and is recognized as one of the most beautiful wineries in the world. It was built in 1893, by Constantin Mimi, and has since gone through many evolutions, the most important of which occurred in 2015, when the world-renowned architect Arnaldo Tranti transformed our castle into an incredible tourist complex. 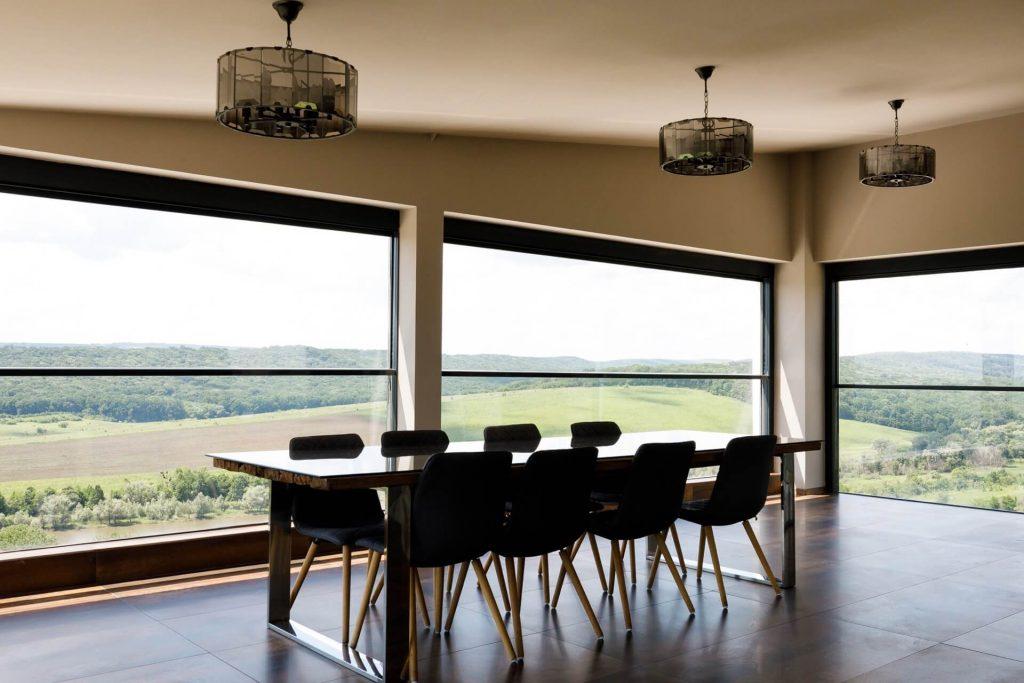 Vinăria Poiana is a modern winery, located 30 km from Chisinau, in Ulmu village. The main feature of the winery is its location in a surprisingly beautiful place, surrounded by the centuries-old forest of Codra. The grapes here are particularly sweet and healthy.

For a long time Purcari wines were as popular as those of Bordeaux or Burgundy. The wine was supplied to Emperor Nicholas II, as well as to King George V and Queen Victoria of Great Britain.

Now the Château Purcari winery has 250 hectares of vineyards. Located in the countryside between the Dniester River and the Black Sea, among green hills, the winery offers fishing, boating, a tour of the wine cellar, established back in 1827! 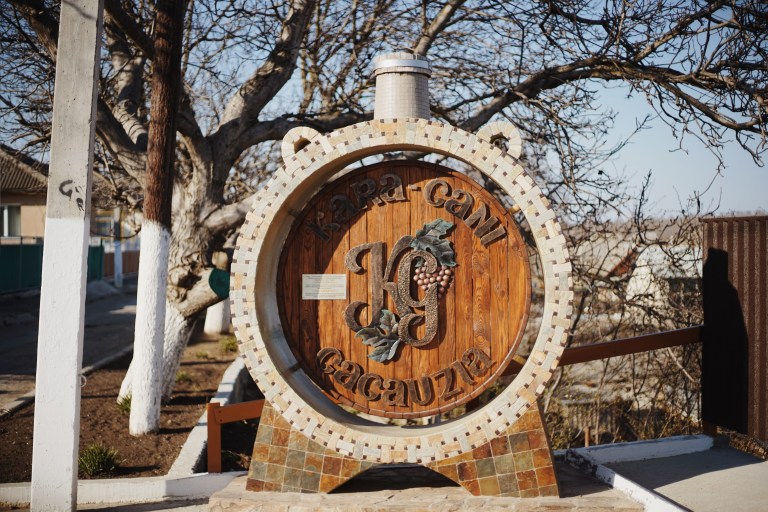 KaraGani is a family winery with a national character, which is engaged in growing grapes and making wine. Their vineyards are located in the southernmost part of the Republic of Moldova, in the town of Vulcanesti. The history of the winery began in 2006, but the traditions of the Cerven family are more than 150 years old. 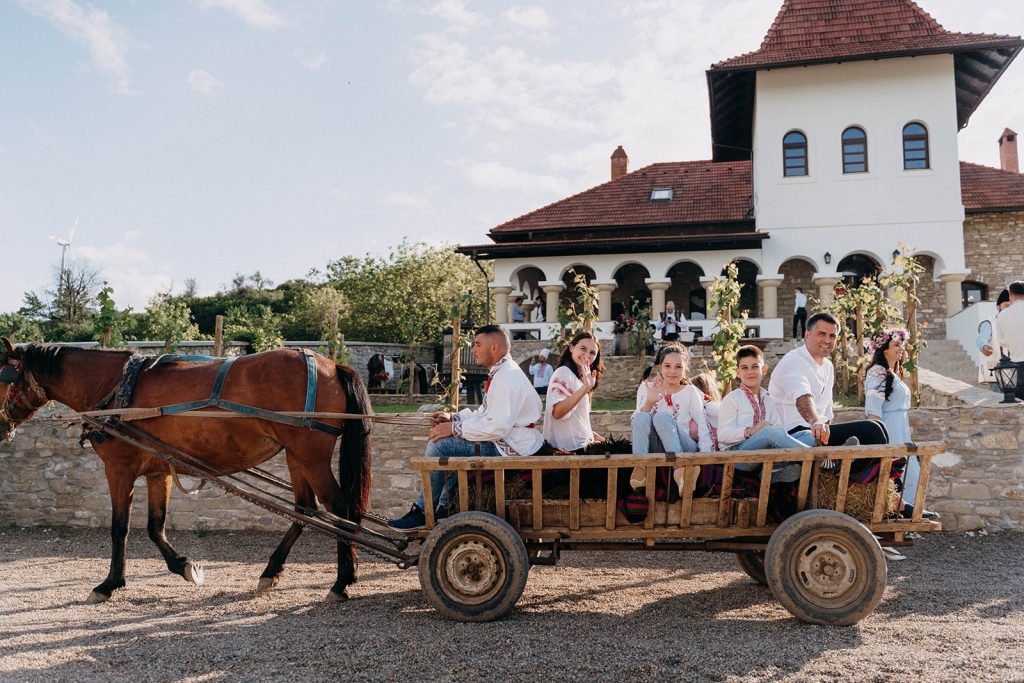 Crama Mircești is located in the Ungheni district. Although the winery has only been in existence for a few years, it has become an emblem of small wineries in Moldova due to its modern approach to wine production. Recently, Mirchesti winery has been equipped with a station for collecting meteorological data, and the employees are using modern strategies for pruning the vines and checking them for diseases by means of a drone.

READ
Grown in the Steppe: Mongolia 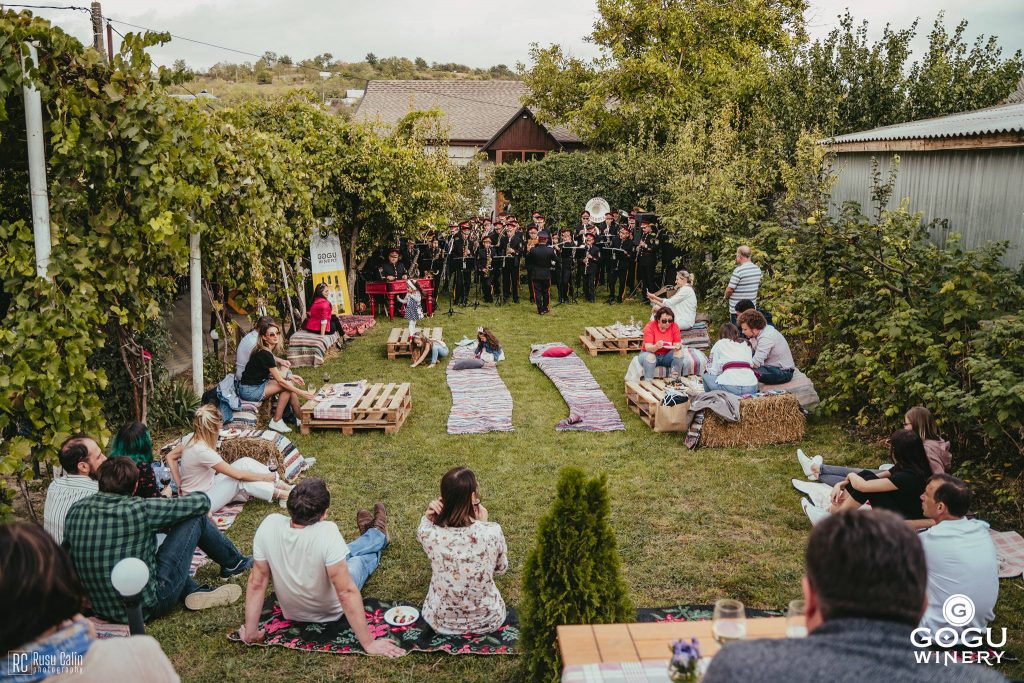 This home winery situated in Kaushany was established in 2004 with the use of amateur equipment and the desire to create high quality wines which would emphasize the peculiarities of the local terroir.

Though most of the region’s wine producers traditionally focus on red grape varieties for the intense flavor and peculiar aromatics in their wines, Gogu Winery has chosen to focus more on white wines. 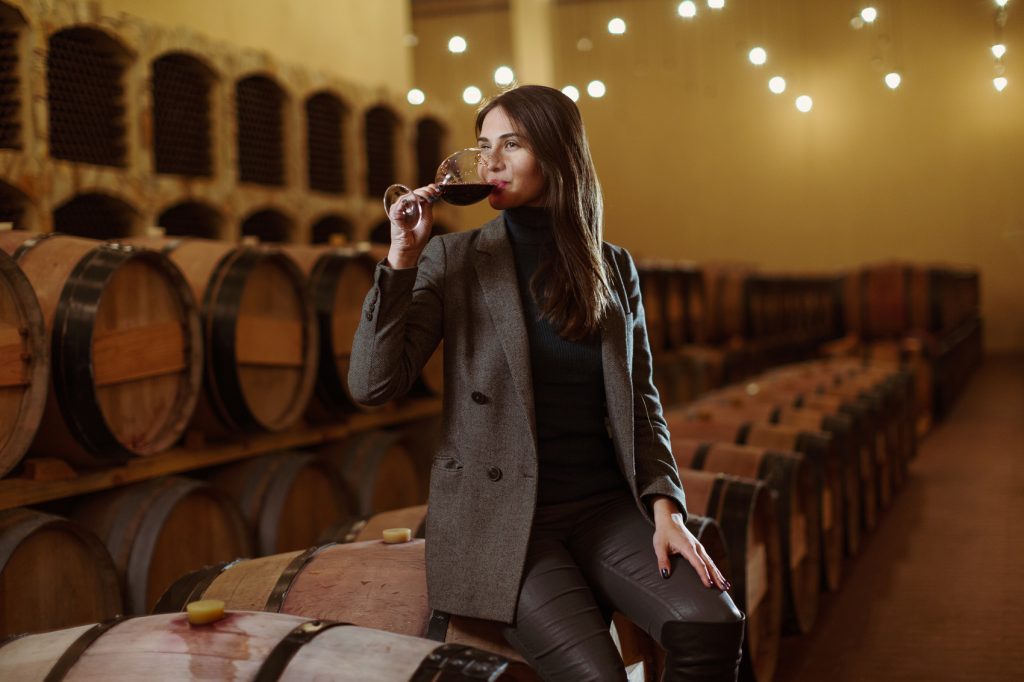 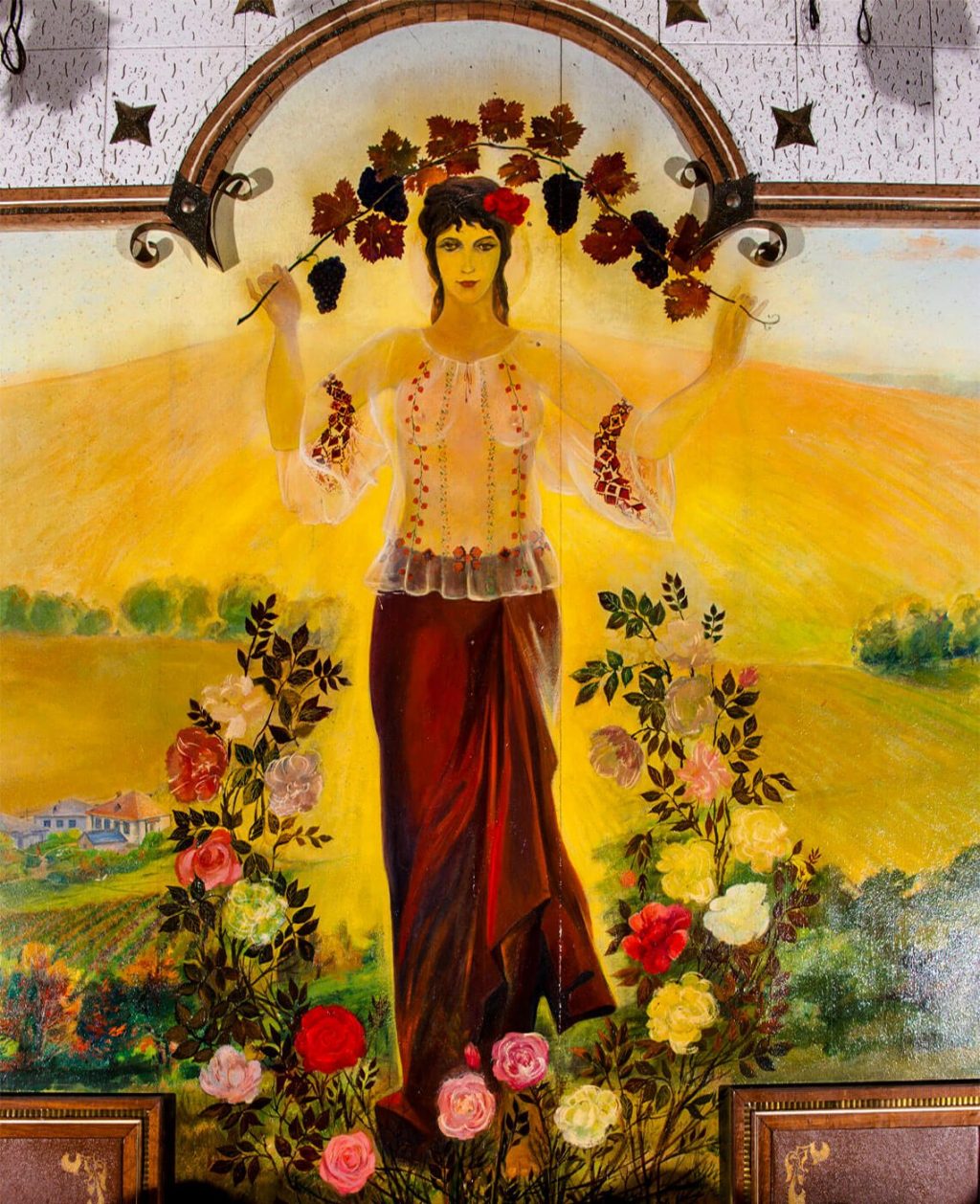 Gitana wines are complex and delicate, created in a special style which managed to embrace in its essence the specificity and character of the area where they come from – Trajan’s Wall. The Gitana vineyards are located in the area of two villages of Leova District and are divided into three zones. One zone is located in the village of Filipeni, and another two in the village of Romanovka. 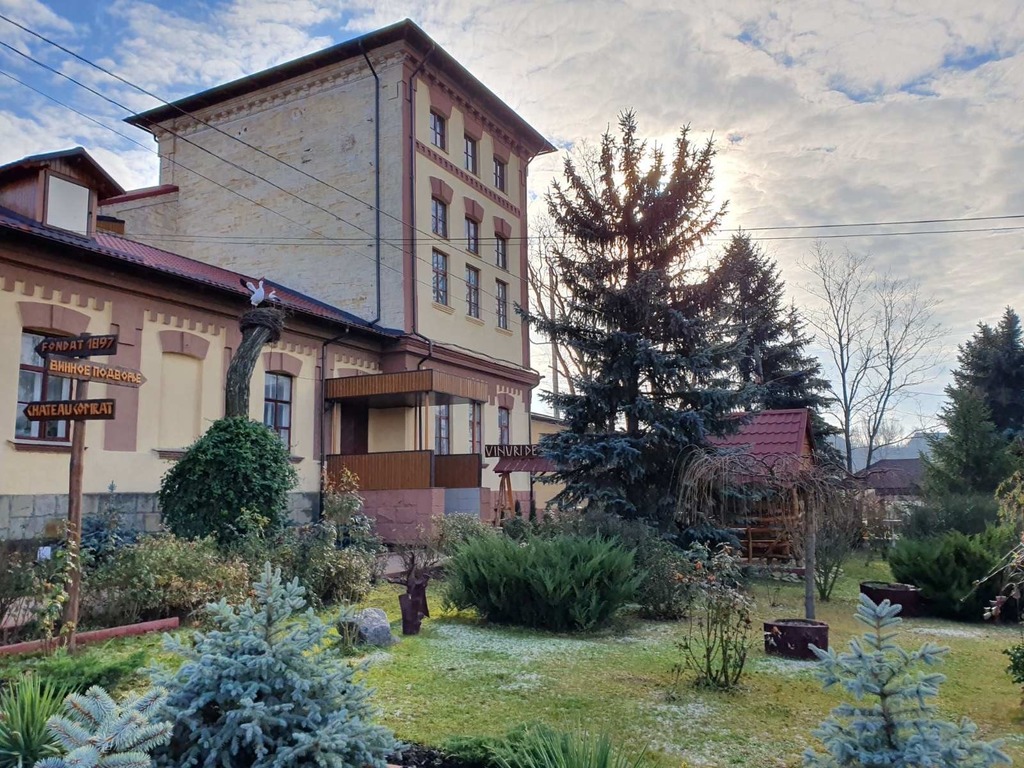 In 1995 as a result of privatization, the Comrat factory was transformed into “Vinuri De Comrat”. Today this modern production company bottles over 3 million bottles a year. The products are delivered to more than 20 countries of the world. The company produces more than 50 series of wines, both varietal and blended. 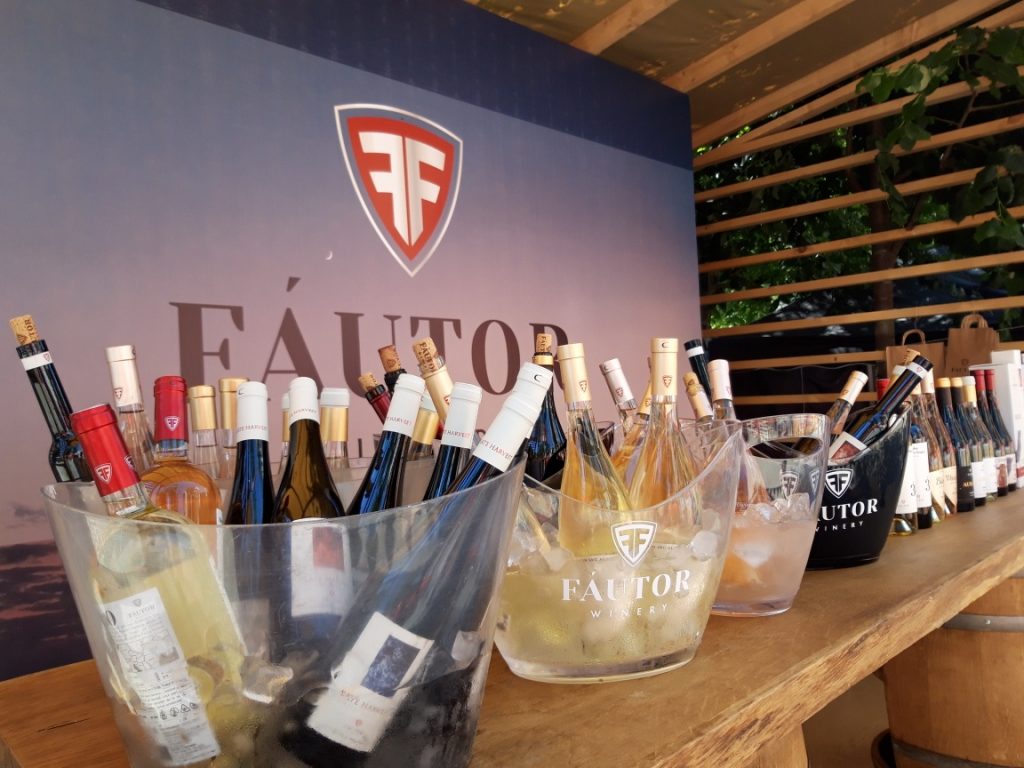 Fautor is the result of the work of one family, which managed to transform the former Soviet production into a modern facility with new equipment. From 2003 to 2006 new technologies were used and new vineyards were planted. The vineyards of the winery now occupy about 350 hectares. They are located in the micro-zone of Tigheci, being part of the Valul lui Traian wine-growing area from the south of Moldova.