Lake Oulujärvi – a paradise for fishermen

Tourists note that the first impression of Finland is peculiar. It seems as if the country is located on the lake surface. So why do you choose Lake Oulujärvi among them? Among the reasons are said to be the beautiful nature, well organized recreation, excellent places for fishing.

What is the site

It is located in the region of Kainuu, in central Finland. In terms of size, it looks more like a sea. The lake is one of the five largest in the country. The area does not exceed 900 square kilometers, and a depth of about 7 m.

Its surroundings are one of the favorite places of tourists. The whole area around is very picturesque and landscaped for year-round recreation. There are more than 500 small green islands, and the coastline is indented with numerous bays. 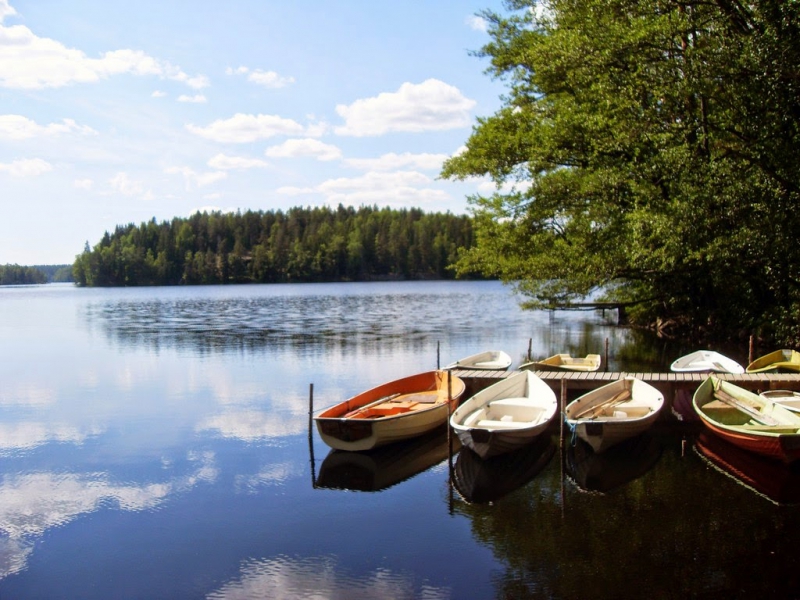 Oulujärvi in Finland is also famous for its fishing. Every year it is here where fans of this sport come to compete. Here is a European championship in pike fishing with trolling.

In the summer season, tourists from abroad come to admire the local nature, to fish and cook their catch on the campfire. For this purpose, there are numerous lodges, hotels and campsites around. Holidaymakers have Finnish-style leisure: saunas, campfires with night stands, hot coffee, baked potatoes.

Finland, where Lake Oulujärvi is located, is called the country of a thousand reservoirs. From the helicopter it seems that the area is hidden in the forests, which frame the mirror-like surface. And reservoirs are very different: in size, depth, origin, as well as flora and fauna.

Here is a very winding coastline. The reason for this ruggedness is the cracks in the Earth’s crust, which gradually fill up with water in the most bizarre ways.

During the exogenous processes that took place on the territory of Finland, numerous reservoirs were created. It is believed that the movement of a glacier across the surface of the land created hollows which were then filled with water.

READ
The sights of the island of Funen in Denmark 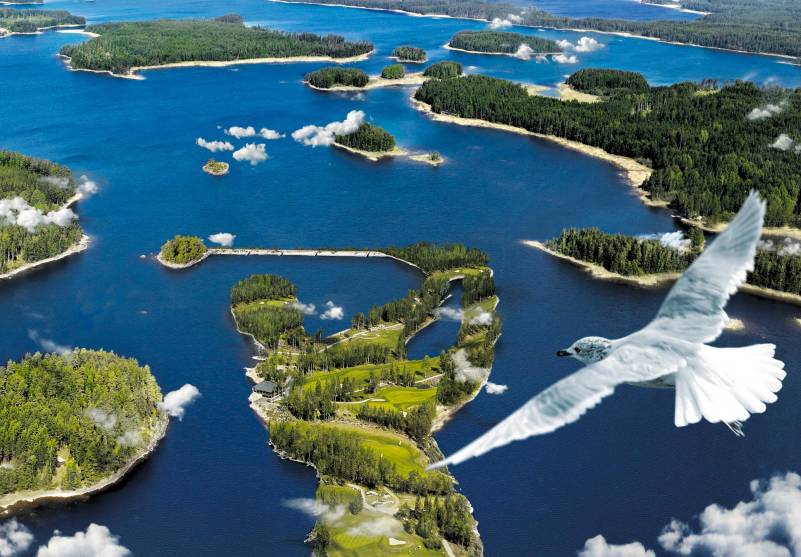 The origin can be different: erosional, aeolian, karstic and permafrost. But already by the appearance you can determine the nature of the formation.

As a rule shallow lakes, like Oulujärvi, with islands and winding shores are formations of glacier nature.

The area is home to around one hundred and fifty species of birds, which are attracted to the area by the abundance of food year-round. Both small and large fish, insects, and vegetation live in the reservoir.

Birds from the family of ducks and gulls come here, such rare birds as yolk, river tern, honey buzzard inhabit it. Ruffs of the snipe family come and nest here, which prefers to settle along the shore, in the tall grass.

Here you can meet large and very beautiful birds. For example, swans or black-throated divers. They also nest in the bushes along the shore and feed on small and medium-sized fish, mollusks, crustaceans and worms.

It must be said that there is enough food in the lake for everyone. That’s why its southern shore was chosen as a gathering place before the migration of birds to the south.

The abundance of fish attracts not only birds, but humans as well. Despite the fact that the reservoir is quite shallow, it is home to more than 20 species of fish. 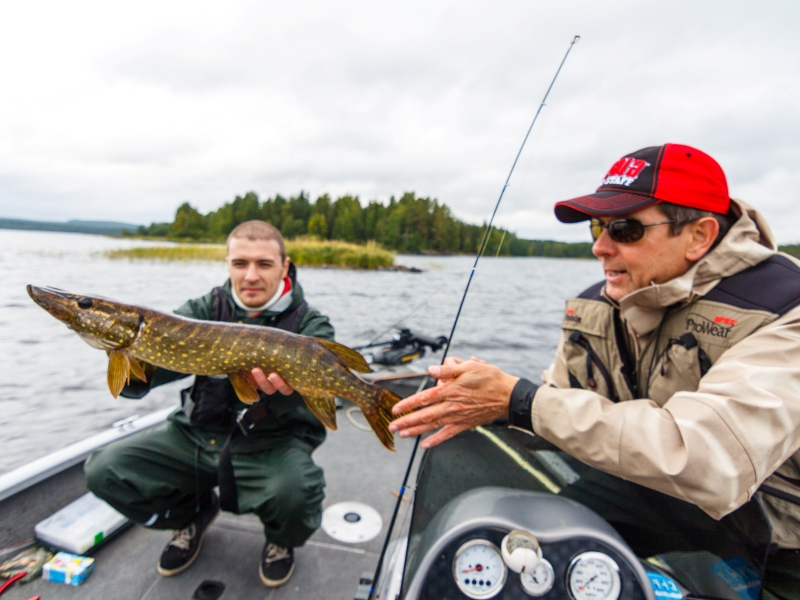 The most common are:

The natural reproduction of fish, even though Lake Oulujärvi is a fishing spot, is facilitated by a good ecological situation. The water here is clean and not polluted by hazardous waste and industrial waste.

Where is the location and how to get there

The closest settlement, located in the southeast, is Kajani. It is a small town, and from there and get to the picturesque places of rest. But first of all one should get to Helsinki, the capital of Finland. 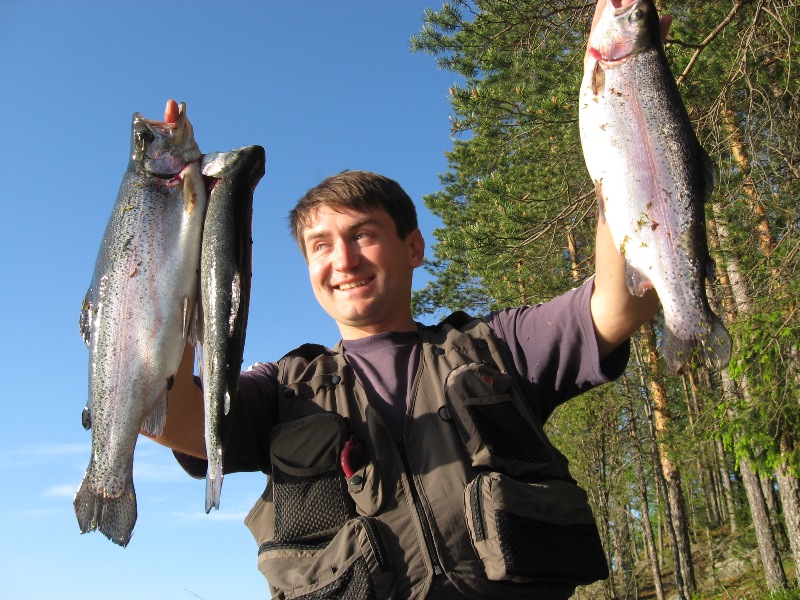 Since Suomi is a country in the Schengen area, to visit it you must obtain the appropriate visa.

To do this you need to contact the nearest visa center, provide all necessary papers and pay for the insurance.

There are several ways to get to Helsinki from Russia:

That is, practically by all means of transport. And then in the capital to take a bus, train to Kayani, or hitch a ride through blablacar.

The travel time is 6 hours. By plane it takes only 90 minutes, but the ticket price is 4 times higher.

In the heart of Suomi, a country of lakes and forests, splashes “sea Kainu”, or “fish sea”. This is Oulujärvi, the fourth largest, but not the most important, freshwater lake in Finland.

On an area of a thousand square kilometers, this is where the most avid fishermen, sport fishermen, trolling fans and everyone who wants to brag to his friends that he has caught a fish that almost turned the boat upside down gather.

Oulujärvi is fed by the Kajaaninjoki River, and the Oulujoki River flows out of it, which leads to the Gulf of Bothnia on the Baltic Sea. The northern taiga zone, in which the lake spreads out, creates superb landscapes framing the dark waters of Oulujärvi. Thick coniferous forests cover almost the whole area around it. The towns of Kajani, Vaala, Paltamo and Kontiomäki are situated on the lake’s winding, rocky or forested shores.

In contrast to other large lakes of Finland Oulujärvi is not deep at all – its average depth is 7 meters, although the maximum values reach 38 meters. This, however, does not prevent it from being navigable and is considered one of the best lakes of northern Europe in quantity, variety and quality of fish resources. Surprisingly, on its shores there is not a single industrial enterprise engaged in harvesting or rearing young fish. All fishing on the reservoir is reduced to recreational and sport fishing.

From spring to autumn, it is home to some of Finland’s largest pike, pikeperch, whitefish, burbot, kumzhi and lake salmon. The cold waters are also home to the famous vendace, the gastronomic specialty of the northern country. There is even a European championship in pike fishing with trolling. Those fishermen, who manage to catch over a hundred of these catfish within the time allowed, become the leaders of the Championship. But there is a time when boats and boats disappear from the surface of the lake: from November to the middle of May it is frozen. But even then, life on Oulujärvi doesn’t stop. Winter fishing enthusiasts go out on the ice to try their luck fishing for perch, especially where the flat bottom changes to shoals, or to catch a huge burbot.

There are about five hundred islands, large and tiny, scattered around the lake. The largest island, Manamansalo, divides the body of water in two, leaving only small straits to the east and west. This is probably the most popular place with tourists who prefer active recreation and hiking in scenic areas. The lake consists of three splays, each of which attracts a different category of tourists and fishermen, offering excellent conditions for outdoor recreation.

Of course, Oulujärvi does not offer any special amenities. This is one of the harshest and most sparse tourist areas in Finland in terms of comfort and infrastructure. If you compare the lake with other bodies of water in the country, its bays Järjänselkä and Niskaselkä are preserved in the most natural state.

The natural reservoir is used as a regulated lake water reservoir. However, this very circumstance may seriously affect the state of the water body ecosystem. Finnish scientists have noted that when the lake is regulated, its surface level decreases by 50 cm, which negatively affects water quality and can affect the population of aquatic inhabitants. In other words, the most fish-rich lake in the country could become scarce without proper attention. There have already been precedents with the depletion of fish resources. At the end of the last century the pikeperch population sharply decreased. This was due to the fact that people from all over the country came to the shores of Oulujärvi to catch this silvery beauty.

However, since the correlation between water quality and lake level has been established, the likelihood of serious problems has been greatly reduced. Finns try to use natural resources wisely and avoid dangerous situations for the lake. Even now, when the water in Oulujärvi is brownish and not very clear, the quality is comparable to the clearest lakes on the planet.