Among the most developed industrial regions of Cuba is the province of Matanzas. What you should know about this province is that the main sugar factories and oil refineries are located here.

In addition to the developed industry, this region is also of great interest for tourists. There are many sites of historical significance not only in this province, but also in the whole island of freedom. So if you want to get acquainted with the history of the country, then go on vacation in Matanzas, Cuba. Prices, entertainment and attractions you will remember for a long time. It is also worth noting the beautiful nature of this area. The administrative center of the province of Matanzas is a city with the same name.

The hottest time of the year is from April to September. And even out of this time there are three months when the temperature rises the highest. These include all the summer months. On average, the temperature rises to 31 degrees during these months. And in May begins the rainy season, which lasts until November.

The greatest number of rainy days is in August. And the best time for relaxation, when good weather reigns throughout the island, are the winter months. During this time, Matanzas has consistently dry weather with warm but not hot days. For children, this time is also the most comfortable.

You can also take a cab from Varadero to Matanzas. A cab ride will cost you between 20 and 30 kukas. The bus will only cost 3 kukas. There are also several local tour companies that organize tours in the same direction. If you need transportation to get around town, you can rent a car or rent a moped from one of the local rentals.

The problem of accommodation in Matanzas is easily solved. There are plenty of hotels for all tastes. You can stay in expensive upscale hotels where you will be offered a lot of additional services. If you are tight of money or comfort is not important to you, you can rent a casa. These are small private hotels where the owners live in the same building with you. Holidaymakers in the casa is also offered a modest meal, which may be included in the price or paid separately. Do not worry about your safety. Owners are very careful about their reputation. Communications and Internet in Matanzas leave much to be desired, so if you need it, choose hotels with Wi-Fi.

There are a couple of restaurants in Matanzas to the east of the city on the San Felipe road leading to Varadero. These restaurants offer Caribbean cuisine with all kinds of seafood. They are called El Ranchón El Paso, and the other is called El Marino.

If you like Creole food or just want to try it, go to Restaurante Teni. It is located near Reparto Playa beach. Another restaurant with Creole cuisine that is worth trying is called El Ranchón Bellamar. Its location is near the Bellamar Cave.

Of the things to bring back from vacation, it is worth mentioning Cuban rum, black coral and guaybera – a man’s shirt. Another thing to take with you as a memento of your vacation is souvenir musical instruments.

This city is a concentration of many historical sites. See San Severino Castle or the Castillo del Morrillo. It is also interesting to visit the museum of pharmacy, the local historical museum or the El Retablo museum.

The castle, called San Severino, was originally built as one of the components of the island’s defense ring, which was erected back in 1735. At that time, this castle was intended to house slaves, and later a place of execution for the patriots of the island. This castle was used as a prison until the 1970s and later a museum was established here to present the time of slavery on the island. This museum is located on Av del Muelle and can be visited daily during daylight hours. A ticket costs 2 cucas. 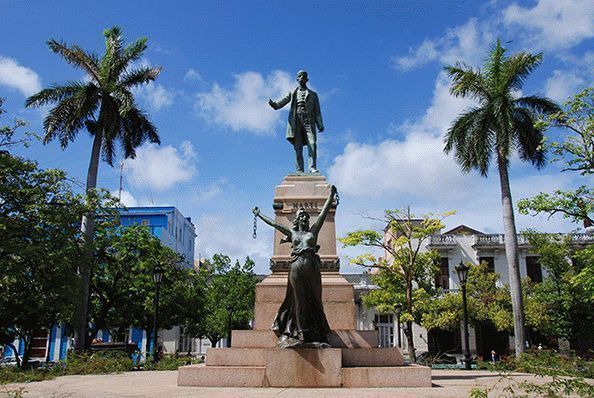 Another popular museum is Castillo del Morrillo. It contains information about Antonio Guitares Holmes, who was the founder of the revolutionary group called Young Cuba. The building of this museum was built in 1720. If you are a theater fan, be sure to go to the El Retablo Museum. It houses a collection of costumes and fantastic marionettes. Every second Saturday of the month, the museum puts on a performance. A visit to this museum will cost you 1 cuque.

The Museum of Provincial History presents you with a collection of events relating to the past of the province, beginning in 1693. You can see it from Tuesday to Sunday during daylight hours.

Another beautiful building in the town is the Souto Theatre. It was erected in the 19th century and was inaugurated in 1863. The theater is located in the historic center of the city on Vihija Square. The theater is now considered the pride of Matanzas and its most famous building. 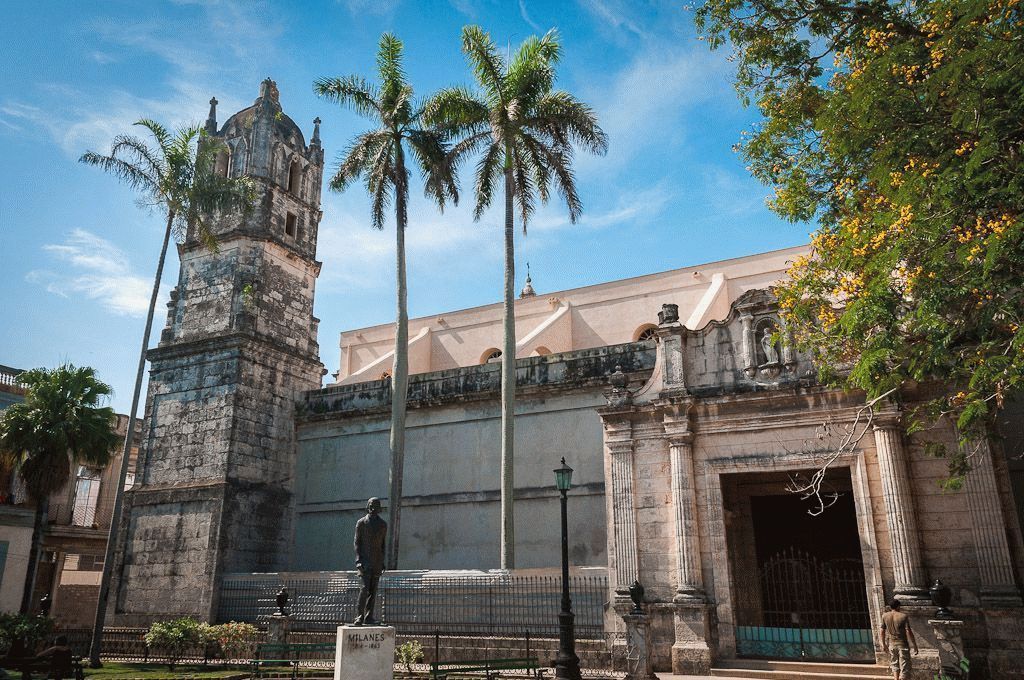 This theater once had another name, Esteban. It received this name in honor of the governor of the province. But later the apothecary Ambrosio de la Concepcion Souto cured Queen Isabella II of a contagious skin disease, and the theater was renamed in his honor. The talented pharmacist was later executed for his political beliefs.

The building is well-built and performed in the neoclassical style. It is decorated with marble statues in the antique style and frescoes in Renaissance style by Daniel Del Alo.

The building has excellent acoustics, so it was the venue for many performances by famous artists. At one time French actress Sarah Bernhardt, Russian ballet dancer Anna Pavlova, Spanish guitarist Andreas Segovia, Italian opera singer Enrico Caruso and others performed here.

The theater is still active today. Five evenings a week there are interesting performances and the night life is in full swing. It has long been a symbol of the city and in 1978 it was awarded the title of national monument.

A few kilometers southeast of the city are the famous Belyamar Caves. They extend 2.5 kilometers in length. These caves are about 300,000 years old. The discoverer of this unusual place was an ordinary Chinese worker who served Don Manuel Santos Parga. Now there are guided tours to these caves. For an hour you can walk around the cave and explore the surrounding area. To get there, you should take a bus and drive in the direction of the river Canimar. Then along the mountain path to climb to the caves themselves. The entrance to the cave is paid and costs 8 kuk.

When the caves were discovered, the local population thought they were the dwelling of evil spirits. People were afraid to go inside the cave. The study of it began only a hundred years after its discovery. Researchers had to extract several hundred tons of water and lime rock. Only then could we fully appreciate the scale of the cave found, full of unexpected surprises. 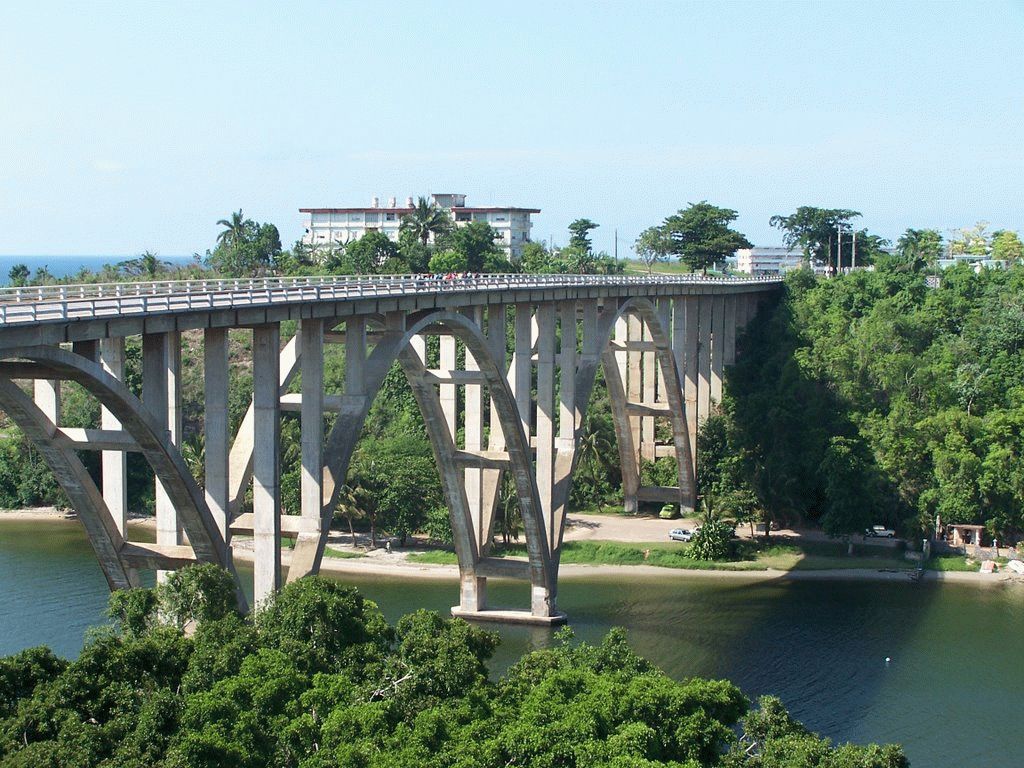 Stalactites and stalagmites over 40,000 years old can be seen everywhere on the walls of the cave. Tourists are allowed to go no further than 300 meters from the entrance, but even this short route is enough to enjoy the beauty of the cave. There you can see crystals that are shaped like stars, as well as many shimmering stones of different colors. The formation of stone called “Columbus Cloak” and “Gothic Hall” are especially popular.

Another popular place for excursions is Cardenas, located 20 km from Varadero. There is a factory where sugar is produced. There you can see the whole process of sugar production, starting with the cutting of sugar cane on the plantation. During the tour you will be able to taste the juice of the plant. Then you will be shown the local attractions – the church and the history museum.

A trip to the Zapata Peninsula is interesting. There is a biosphere reserve called Zapata Swamp. More than 900 different species of autochthonous plants grow here. The reserve itself is divided into two zones – Zapata Swamp itself and Las Salinas Reserve, where 115 endemic plant species grow.

In the same area there is a village called Guama, which is a model of a village of Indian tribes. It is formed by 12 islets, between which there are small bridges.

Another interesting reserve is Leon. It is located in the valley of the Yumuri River. The reserve was named after the melocactus that grows on its territory. This melocactus belongs to the endemic plants and grows only in the territory of the reserve. It was first studied in 1934. The endemic cactus is a stunted plant, stretching only 9 centimeters in height. During flowering, it develops a globular structure covered in red-brown bristles. Another plant that grows in this preserve is called Matansanus. This Melocactus is named after the city of Matansas. It is used for decorative purposes.