What do you need to know about Malta? 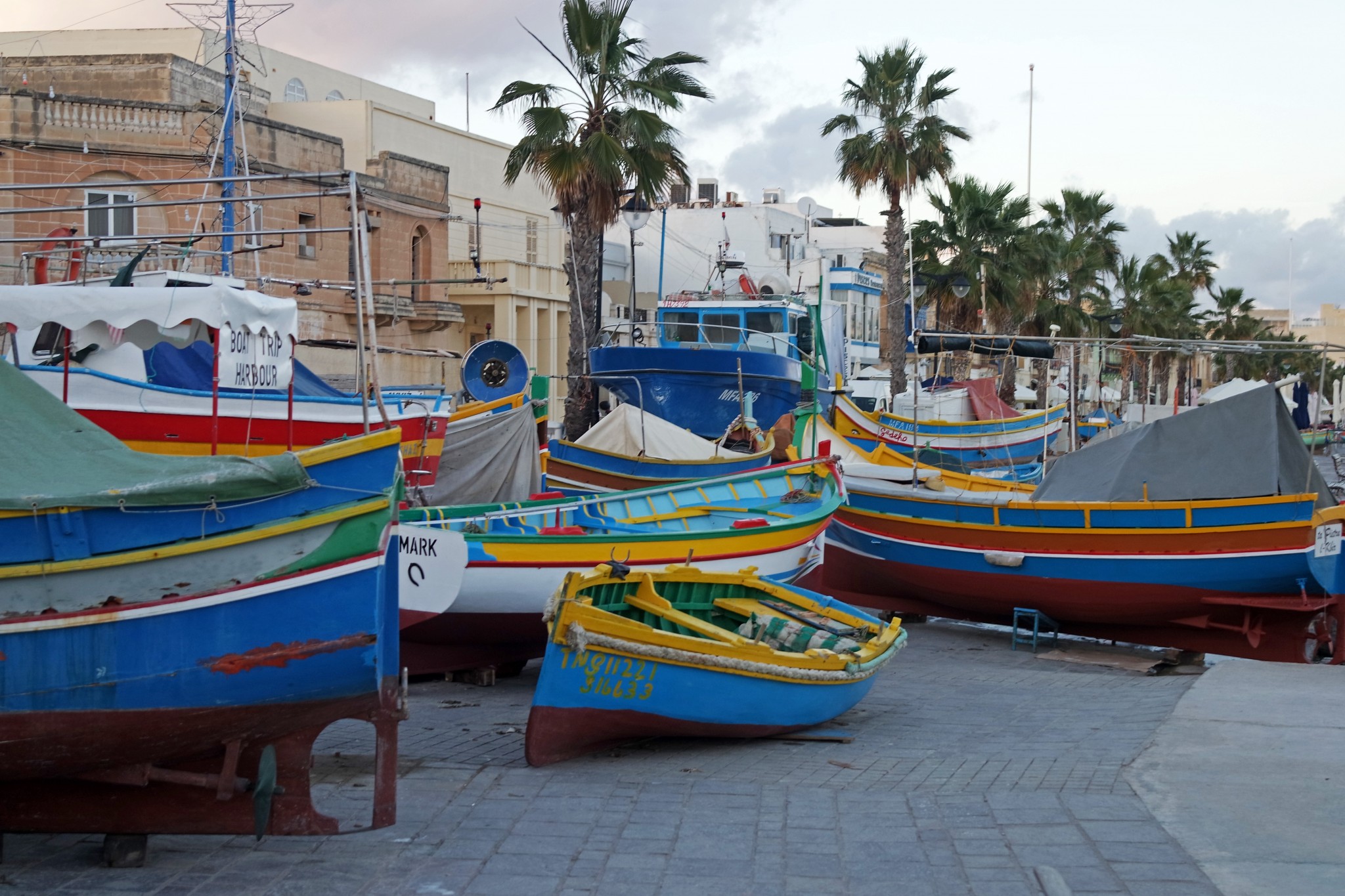 It would seem that Malta is a European country in the middle of the Mediterranean Sea: resort towns, beach hotels, Euro currency, cafes on the sea promenade and all that. Everything is simple and clear, what surprises can there be? Yet this tiny country has something to surprise unprepared tourists. For example, you have to know about the left-hand traffic, British standard outlets, wrong clock on the church belfry, paid air conditioning or poisonous animals. Collected facts about Malta that are worth knowing before you travel. 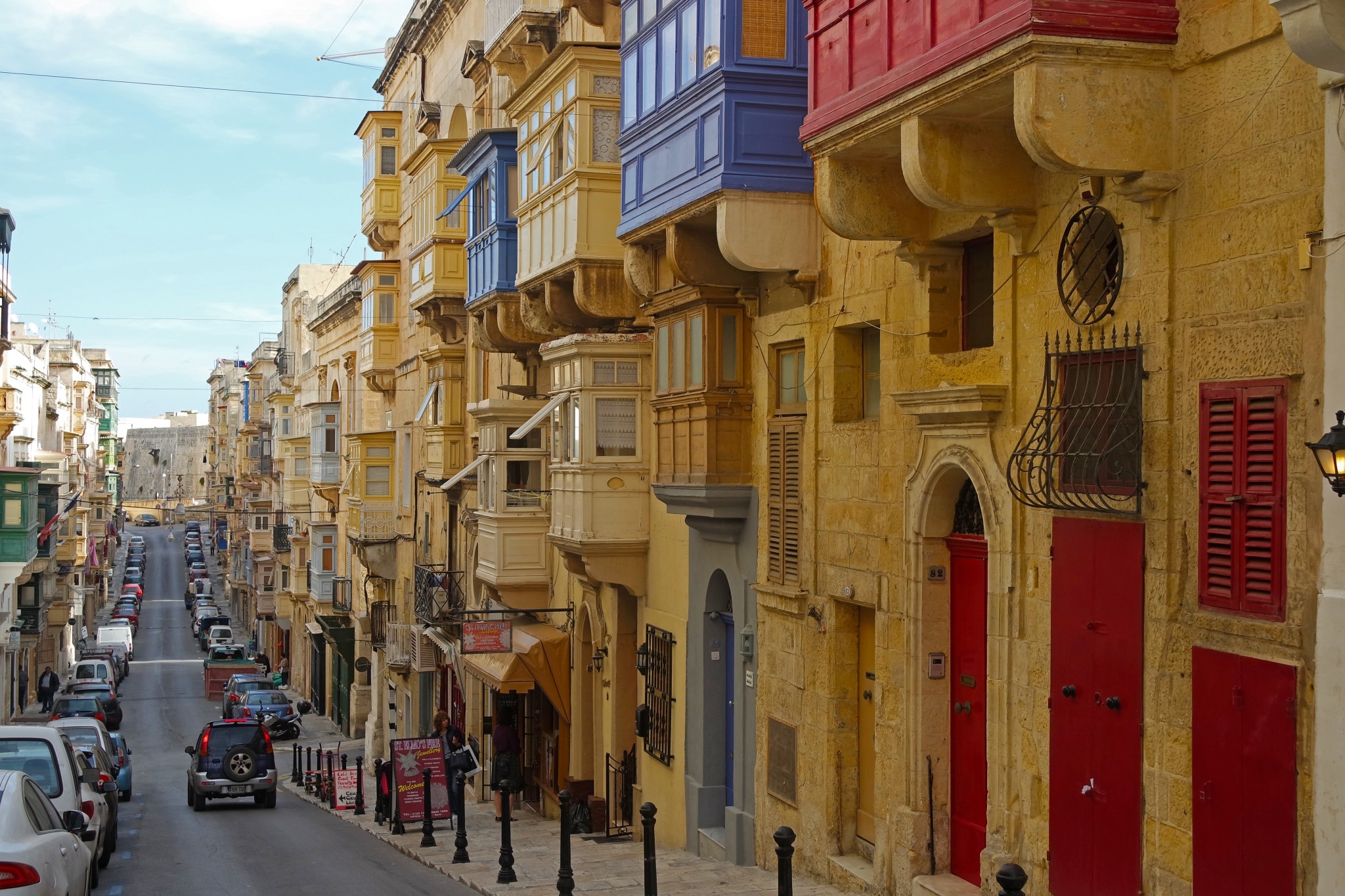 1. Malta consists of 7 islands, of which only the largest three are inhabited: Malta, Gozo and Comino.

2) Malta is one of the ten smallest countries in the world. The area of the country is 314 sq. km. Population is about 450 thousand people. 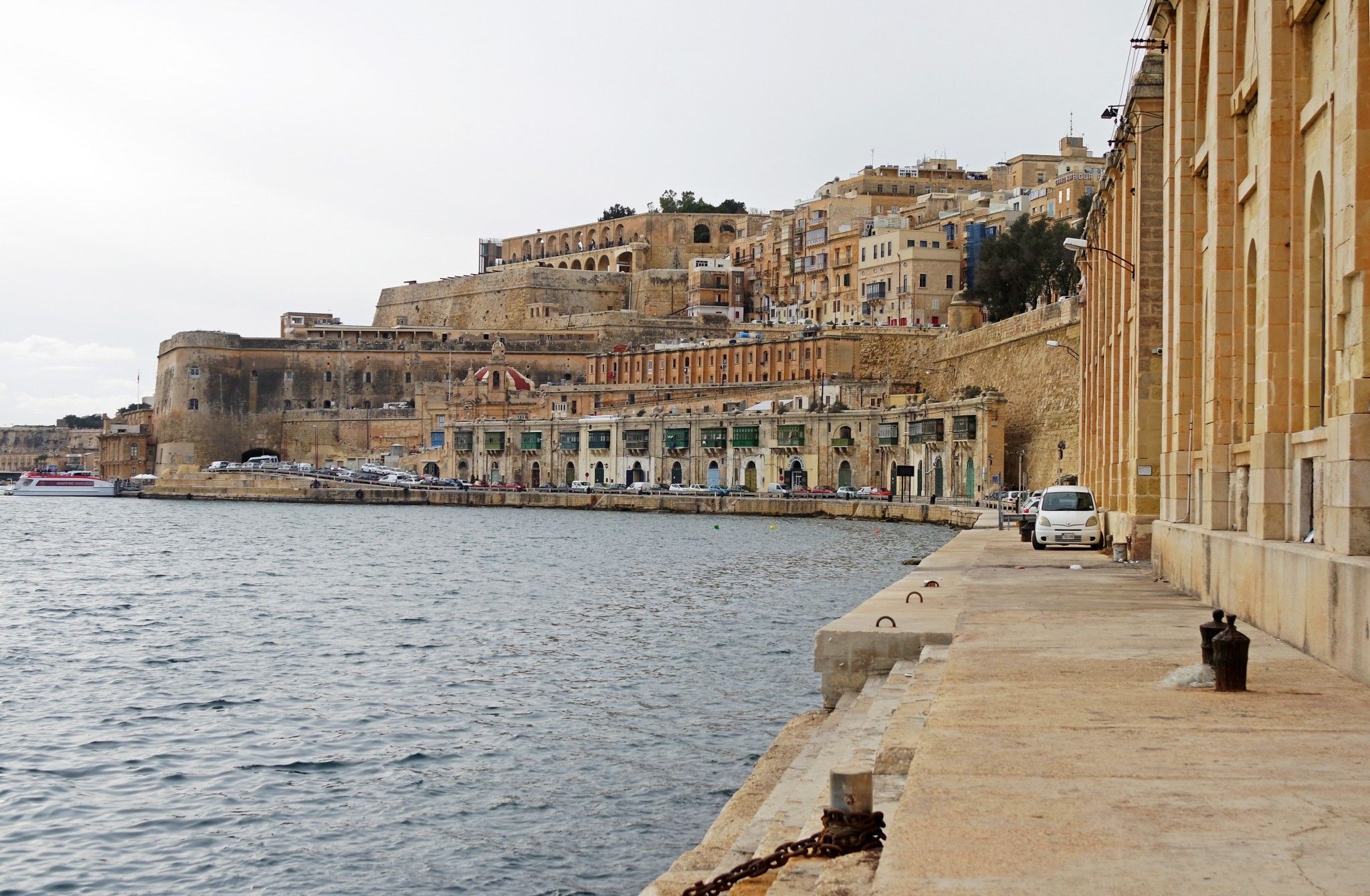 4. Malta ranks fifth in the world in population density.

5. Malta’s capital, Valletta, is commensurate with a block of a major city. The area of Valletta is less than 1 km, population – 6 thousand people.

6. There are virtually no lakes and rivers on the islands. 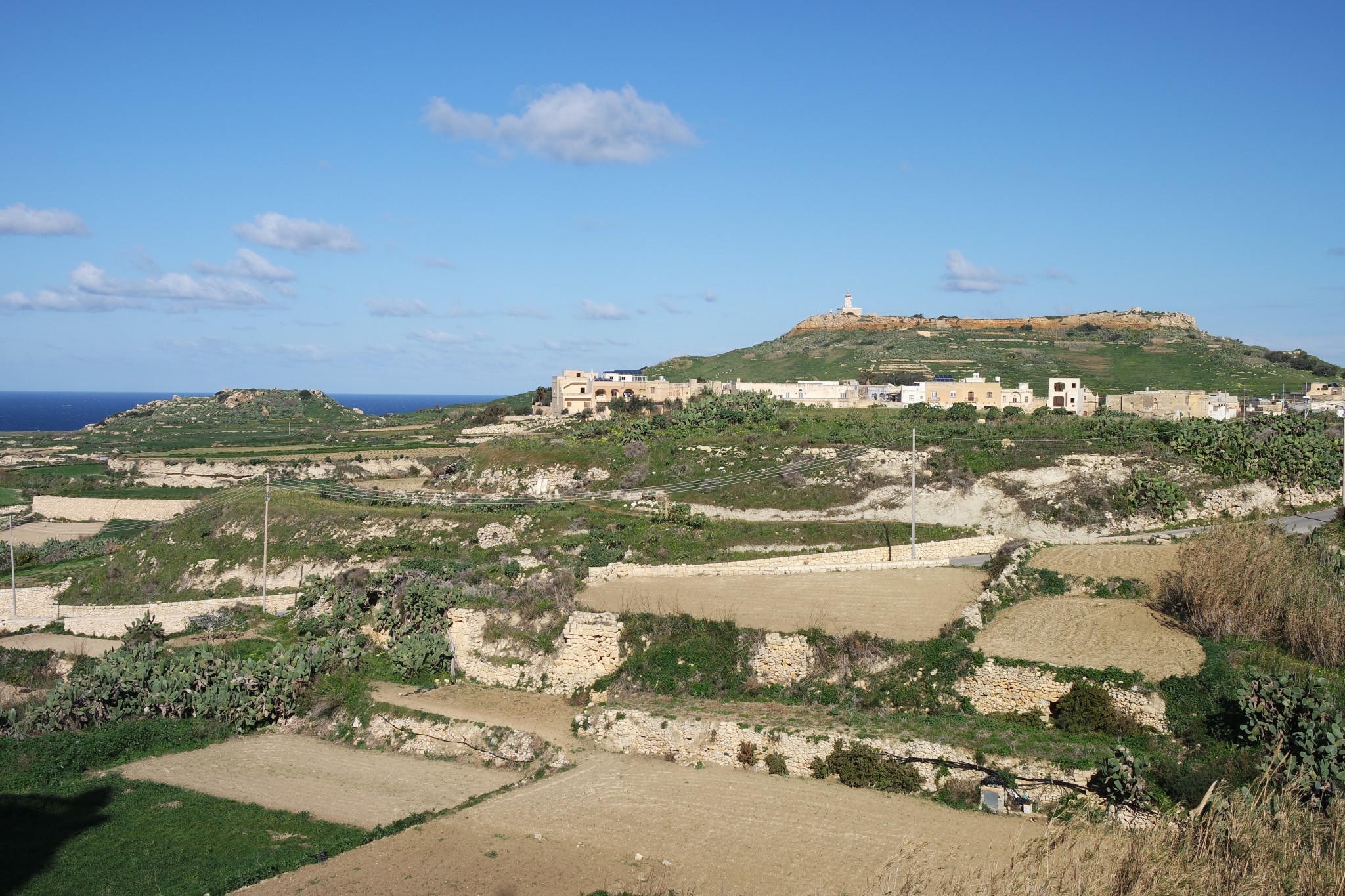 8. The most part of Maltese are Catholics. 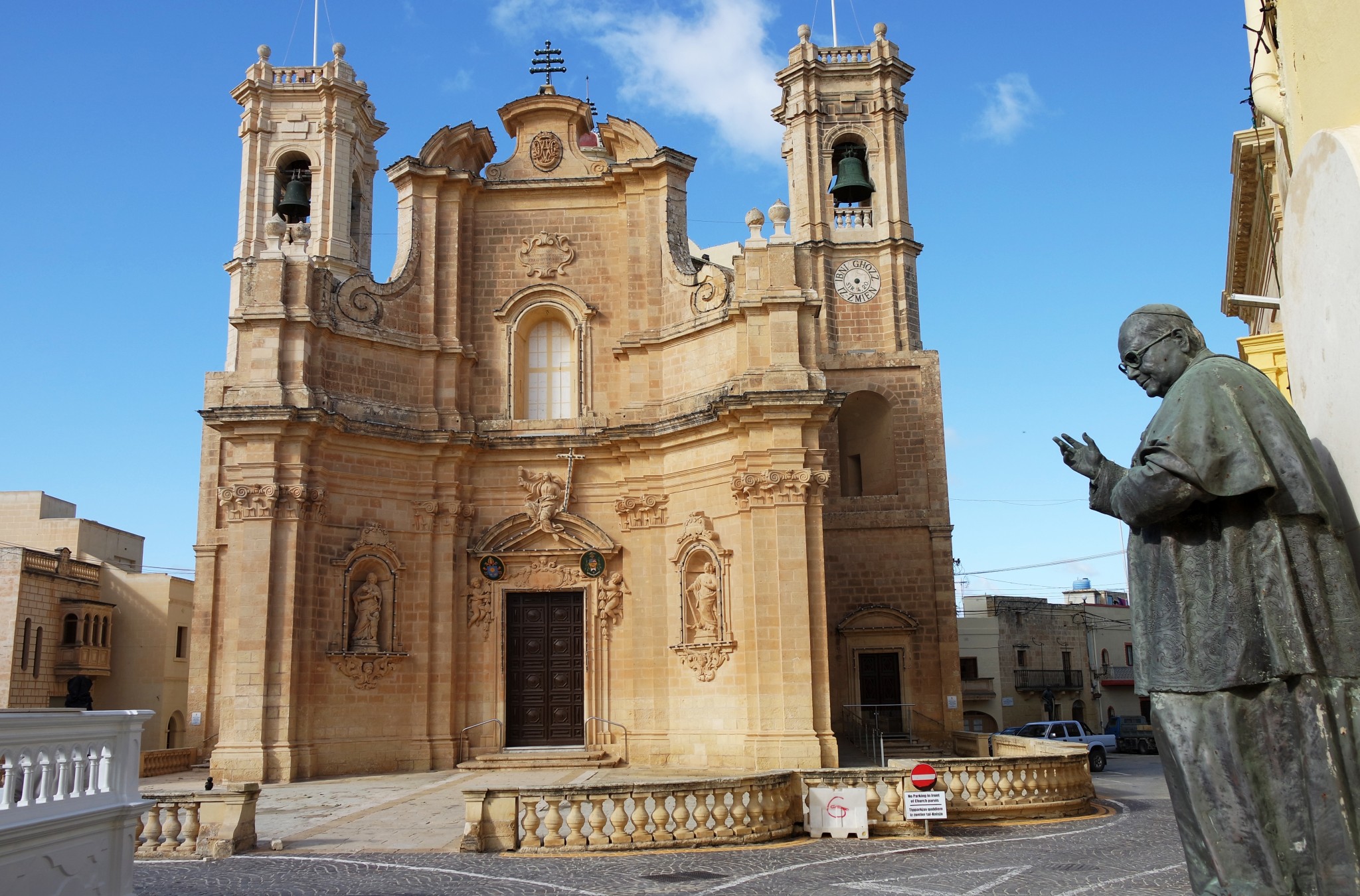 9. Tiny Maltese cities often cross one into another, and even locals do not always know where their borders are. So in Malta it is possible to visit three cities for 15 minutes of walk along the quay.

10. There is an opinion that Malta is a wreck of the legendary sunken Atlantis . 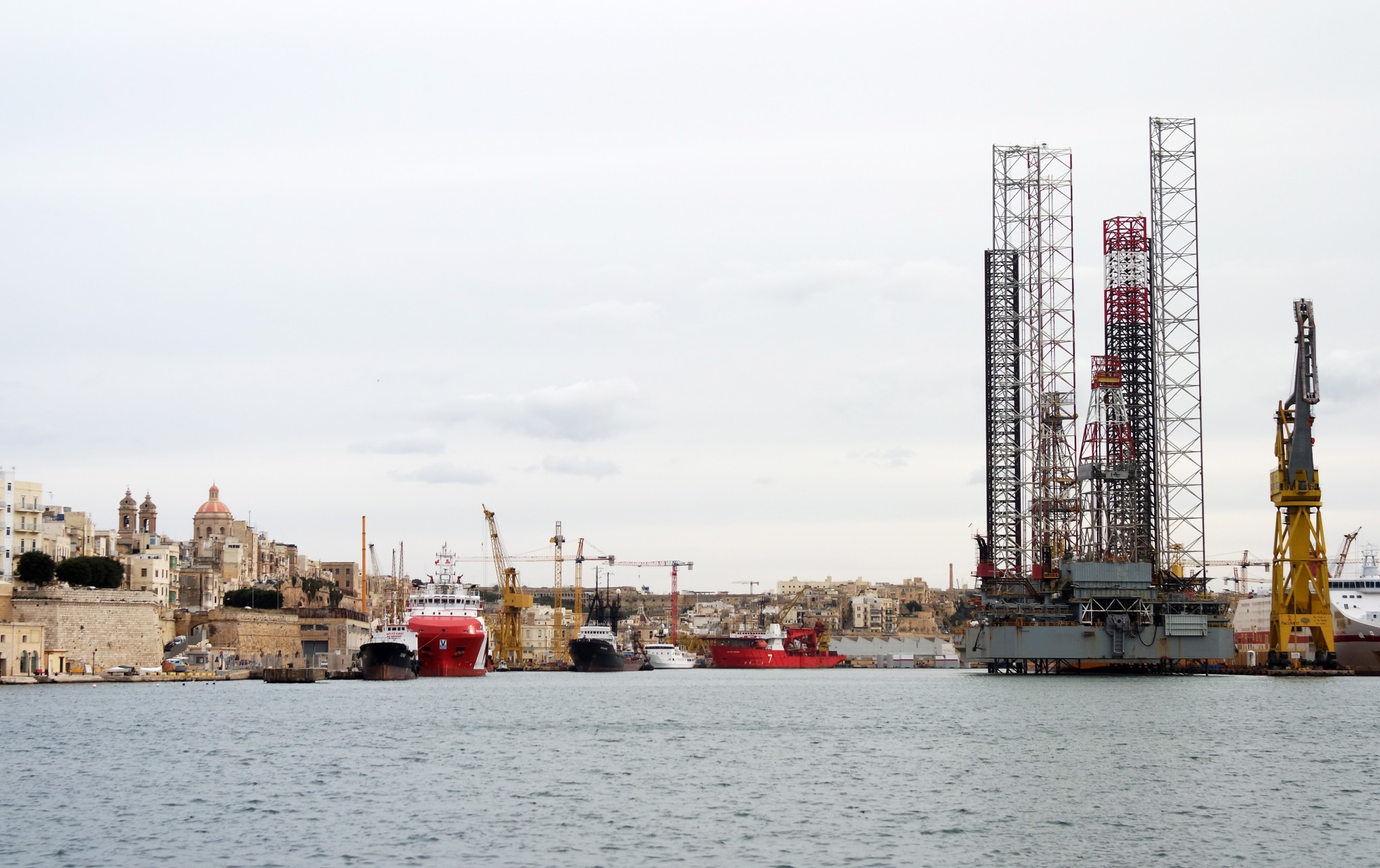 11. To visit Malta you need a Schengen visa . Usually a single-entry visa is given at the country’s consulate when you first apply.

12. In order to attract investors to Malta, recently it became possible to obtain citizenship in exchange for a contribution to the development of the country (the amount of the contribution – from 650 thousand euros). Maltese passport is among the prestigious and in 2018 gave the right to visit (or obtain a visa at the border) 182 countries without a visa.

READ
What mistakes do we make when we travel? 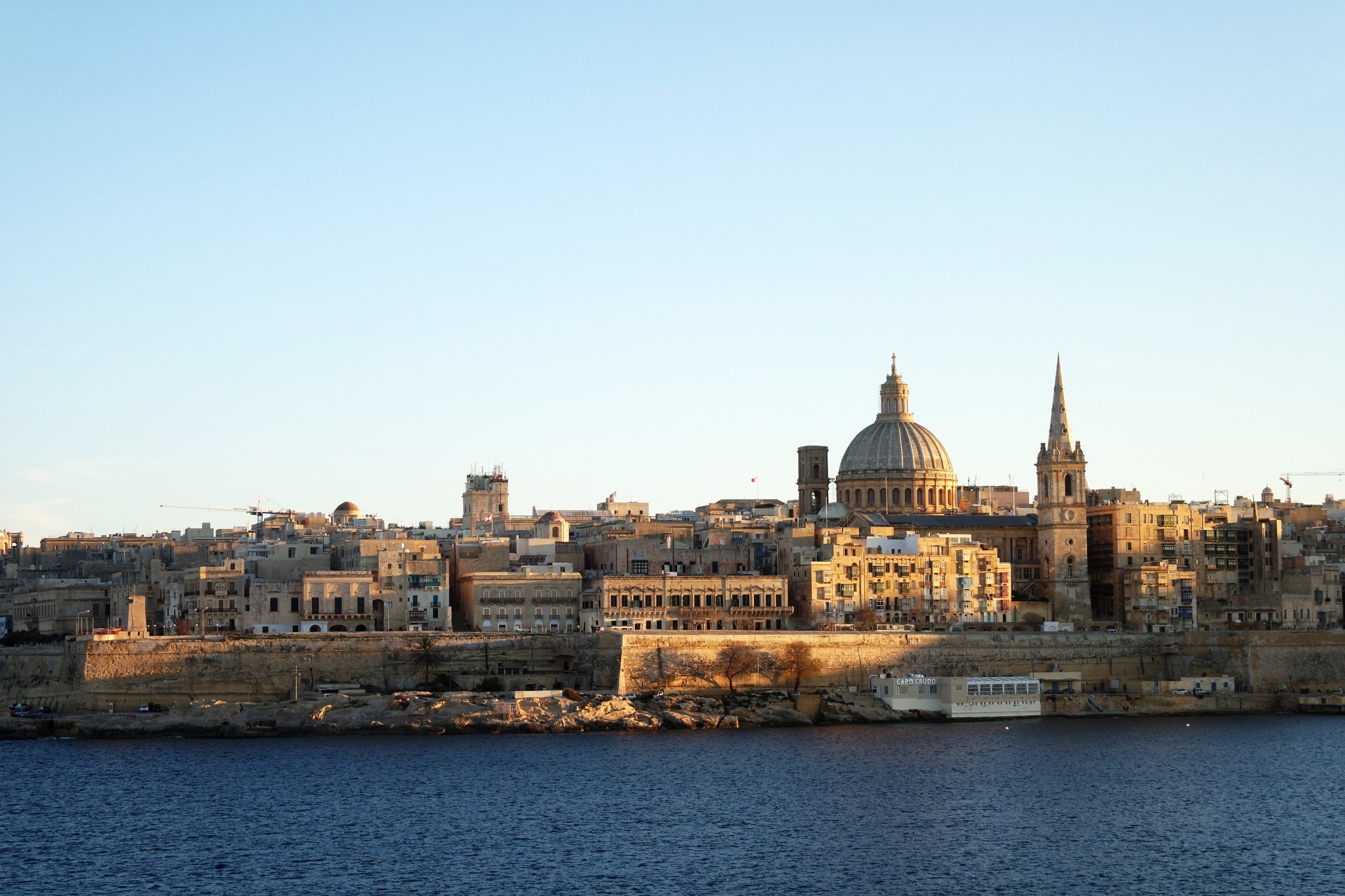 13. Direct flights to Malta from Russia are operated only by Air Malta .

14. From Moscow you can get with Air Baltic with a change of plane in Riga or, for example, through Istanbul with Turkish Airlines .

15. The low-cost airline Ryanair flies to Malta from the three Baltic capitals . 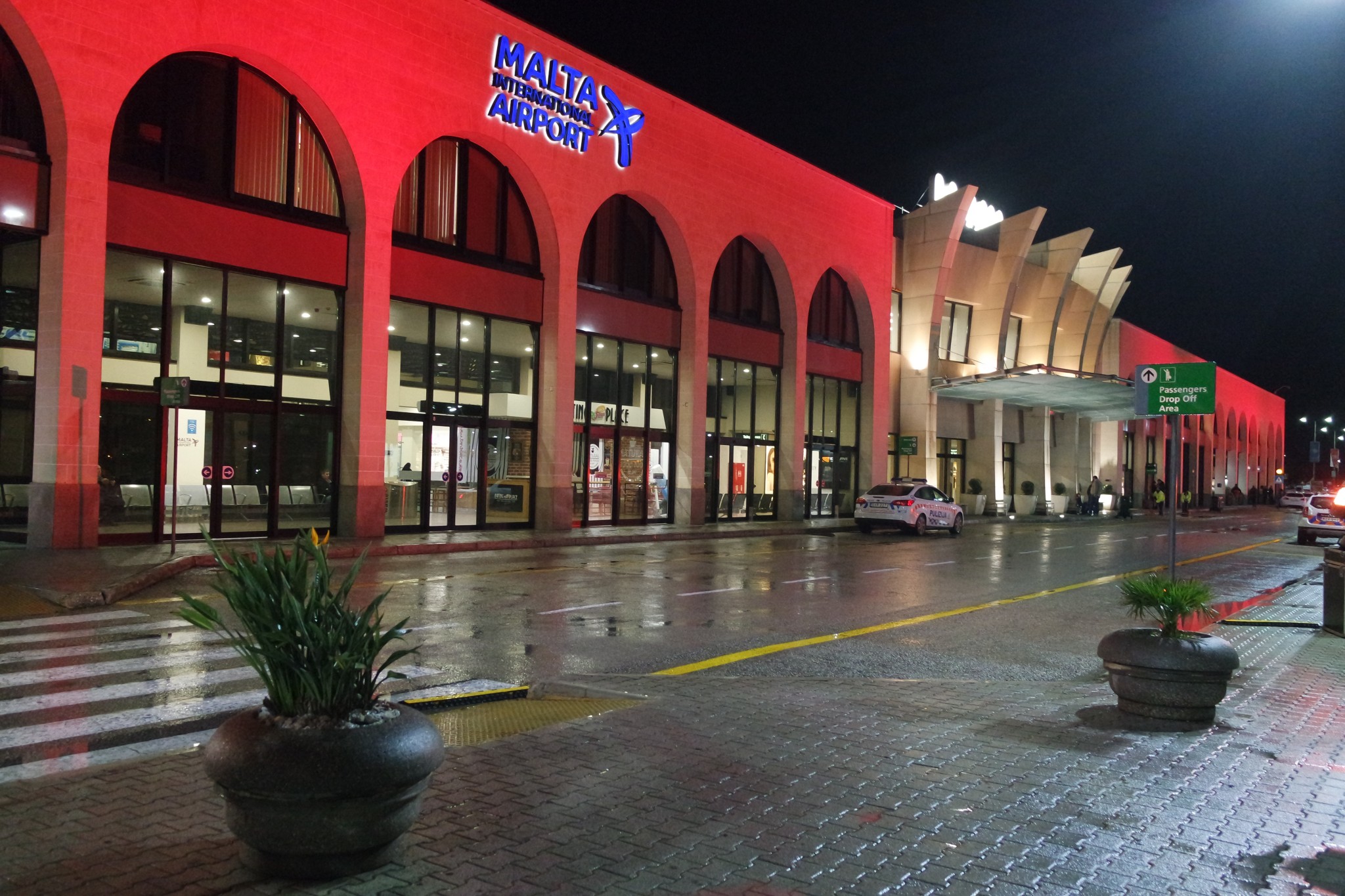 16. From the airport, in addition to buses and cabs, you can take shuttles. Tickets can be purchased at the red counters at the airport or ordered in advance online .

17. The only land mode of public transport in Malta is buses. In general, bus service between cities is well developed and buses generally arrive on schedule. However, there are exceptions (especially out of season), mostly on unpopular flights. 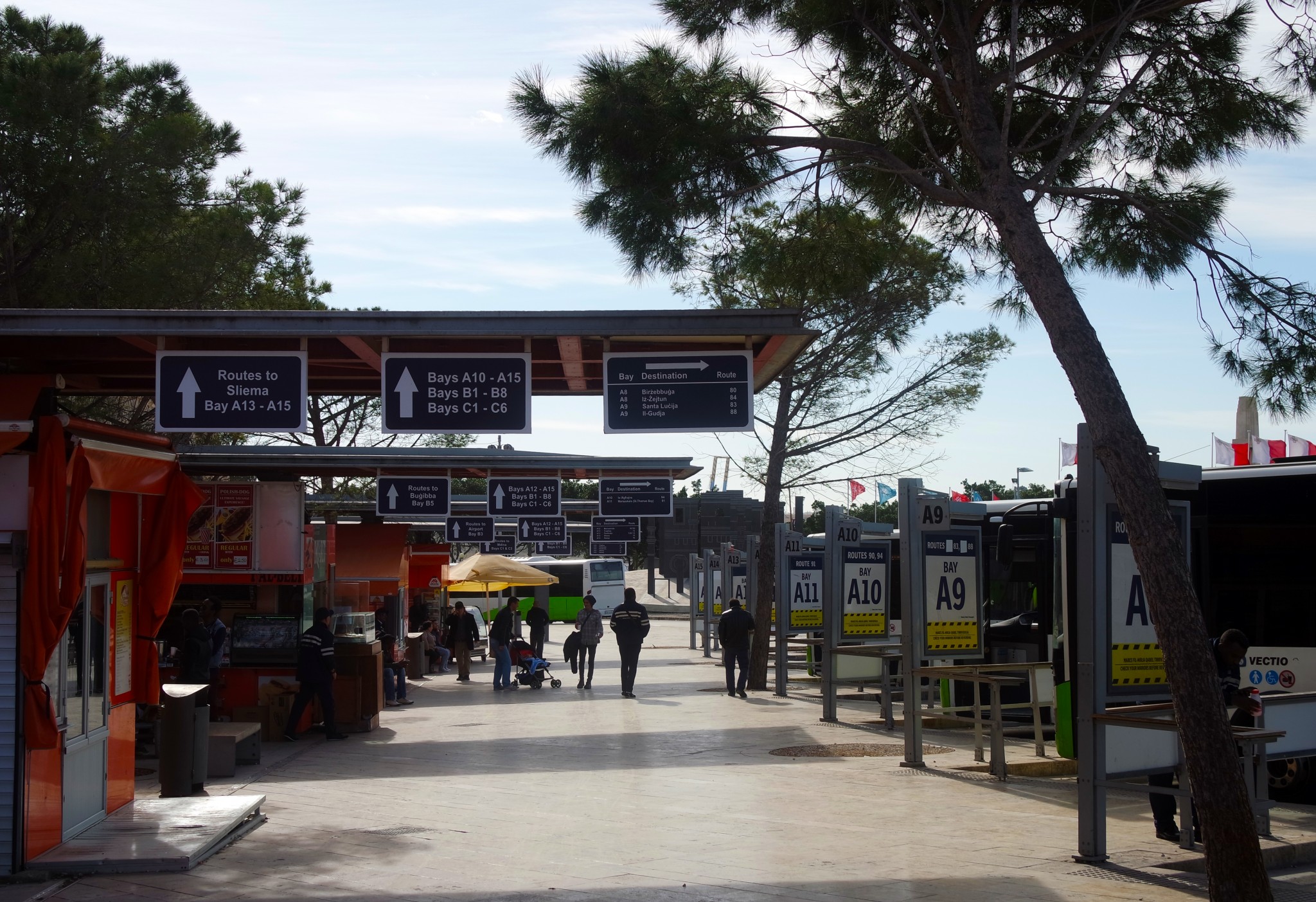 18. The main land transport hub of the country is the Valletta bus station. Often, from one provincial town to another you can get only with a change in Valletta, making a considerable detour. You can see a map of Maltese bus routes on the website of the national carrierMalta Public Transport .

20. Bus tickets can be purchased at kiosks at some stops and from the driver. The fare is 1.5 euros for two hours.

21. Sometimes the driver thinks the bus is overcrowded and does not let people board. 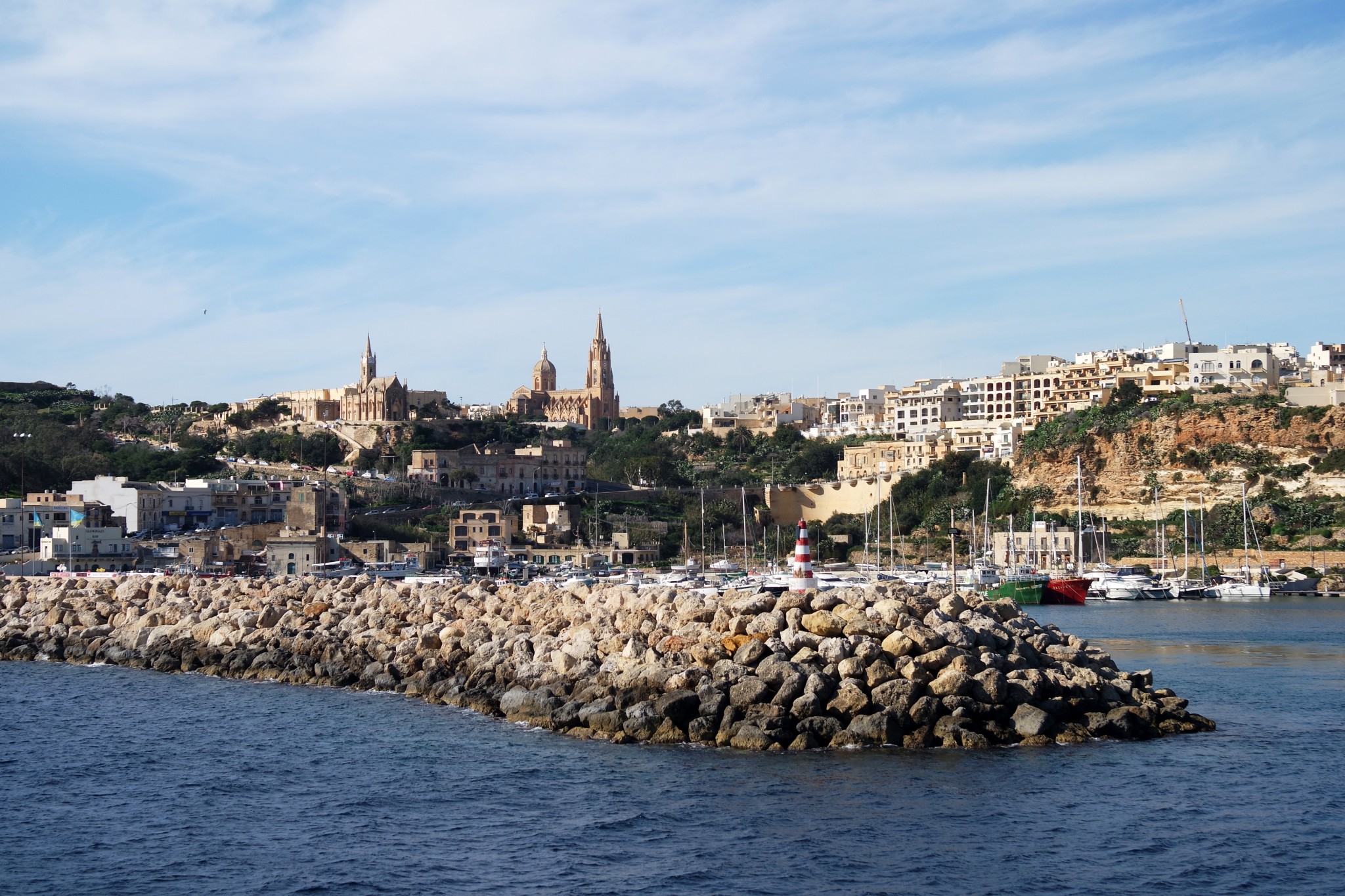 22. From the island of Malta to the neighboring Gozo and Comino can be reached by ferry . Ferries run every 45 minutes between Malta and Gozo, with a sailing time of 25 minutes. here ). The cost for a round trip to Gozo is 4,65 euros. Moreover, you pay only when returning from Gozo to Malta. A trip to Comino will cost 10 Euros.

23. In Malta and Gozo, as well as in other tourist countries, there are sightseeing double-decker buses. There are two routes on each island, which allow you to travel around them almost entirely. The cost of the ticket is 20 euros. 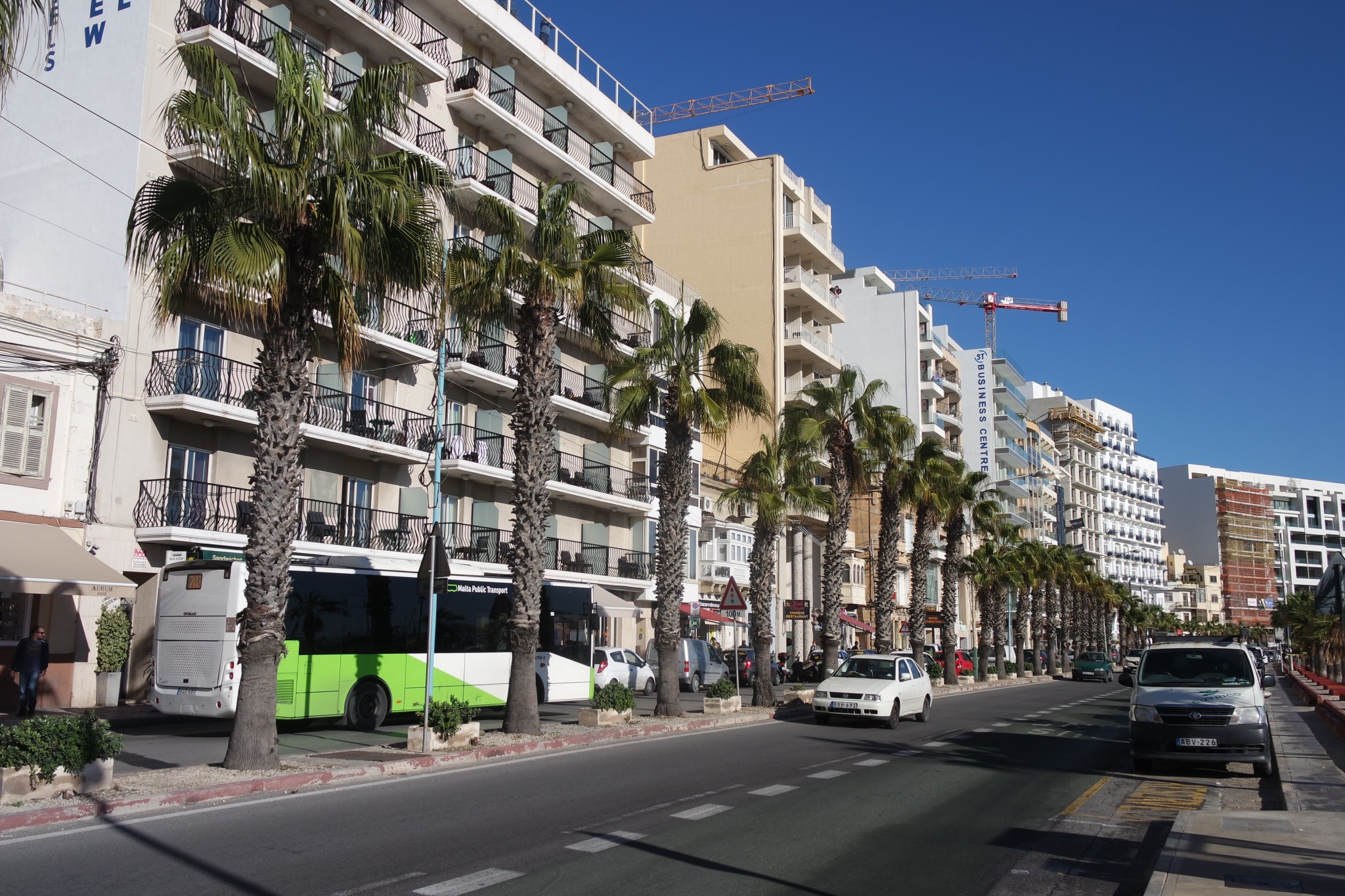 24. Malta has two official languages, Maltese (a mixture of Italian and Arabic) and English.

25. In Malta, you have to be doubly careful on the roads. Firstly, the island inherited from the British left-hand traffic. Secondly, there is a lot of driving – both motorists and motorcyclists. 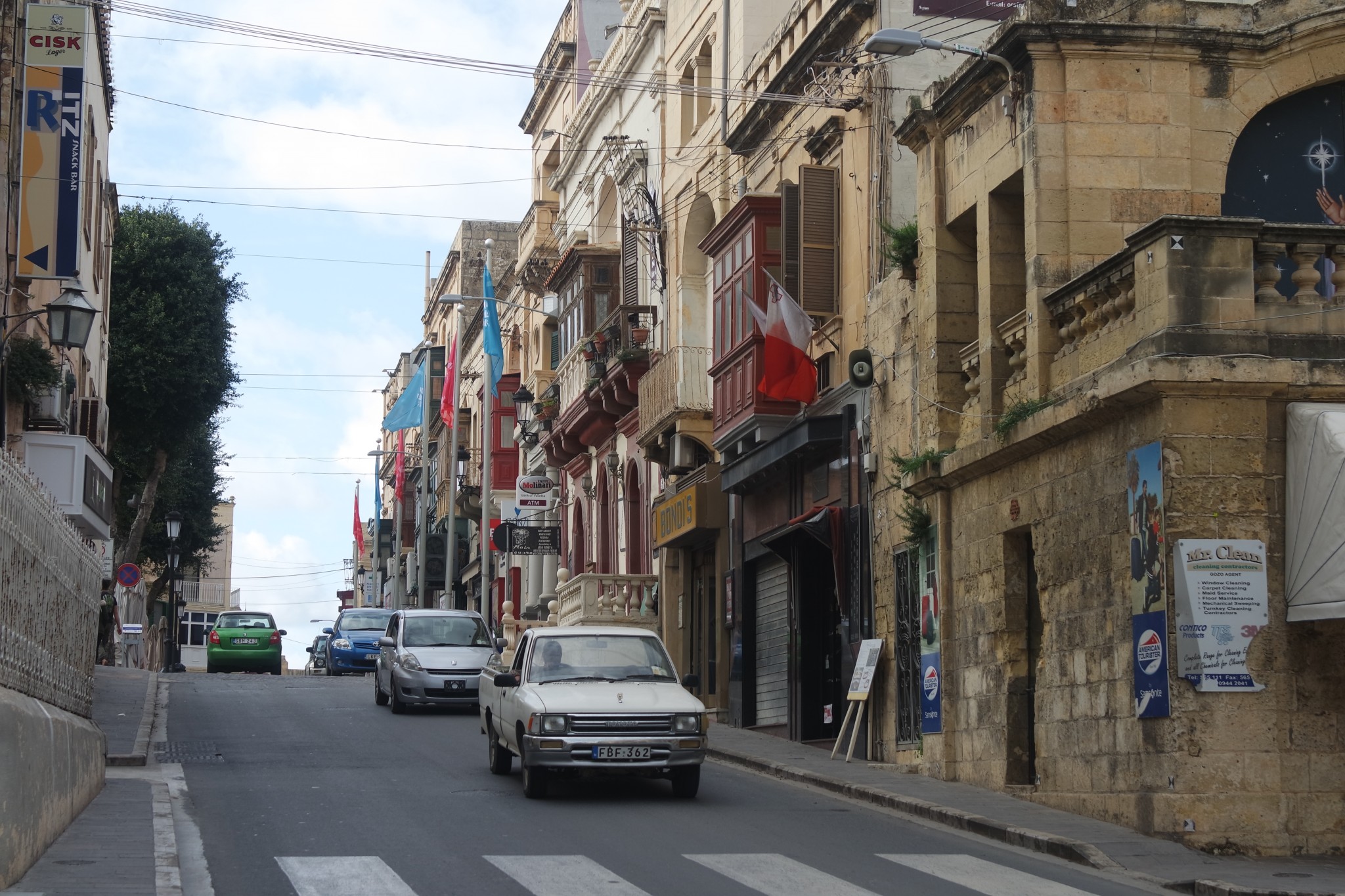 26. The vast majority of outlets on the islands comply with the British standard (type G). The plugs are available in stores at a few euros, you can also ask at the reception.

27. Due to the lack of sources of fresh water on the islands, the Maltese have to desalinate seawater and bring drinking water from other continents. Tap water in Malta is not suitable for drinking. 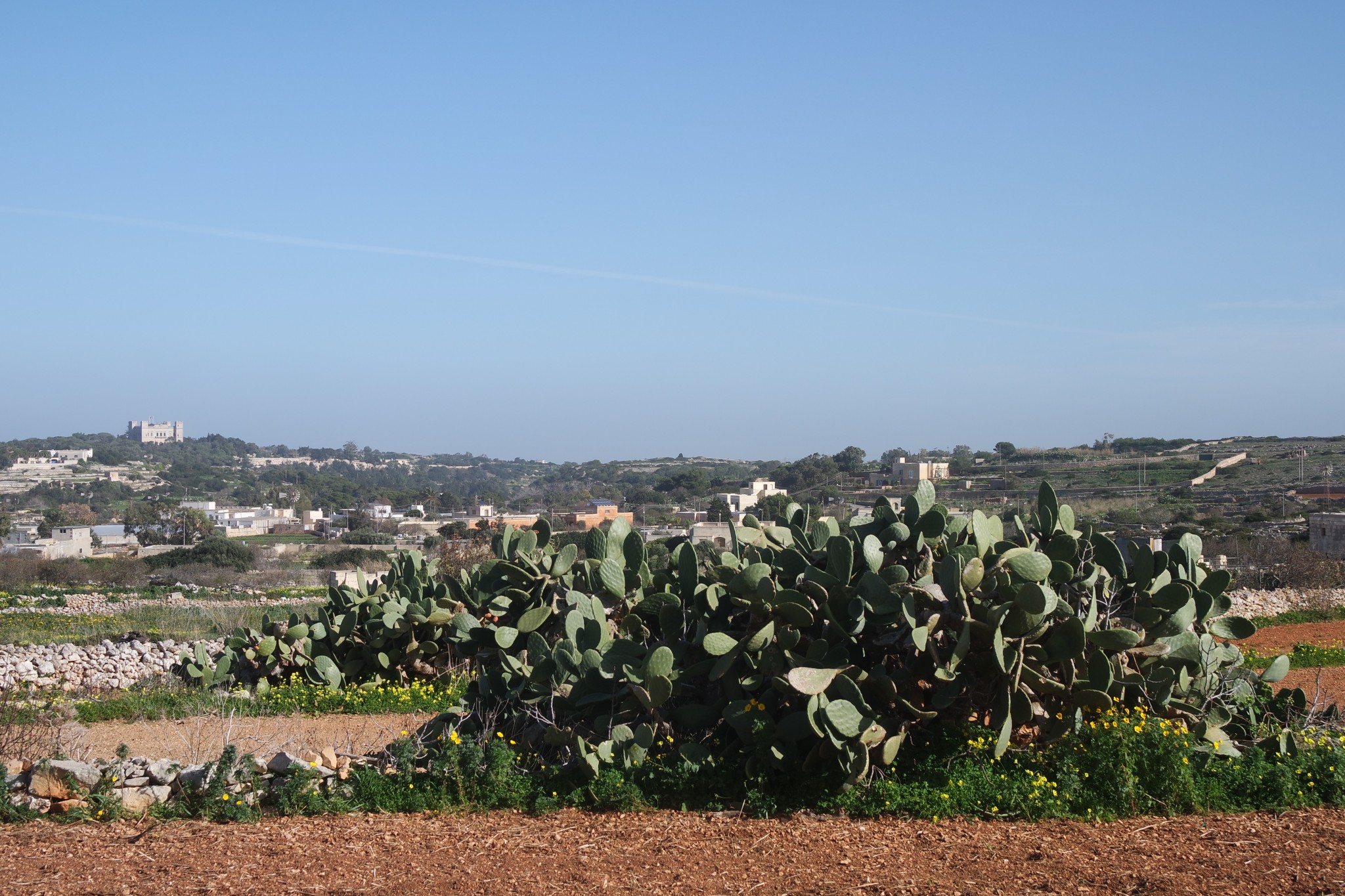 28. Houses in Malta have not only numbers, but also names. On the wall plaques are usually written either women’s names or the last name of the family living in the house.

29. The streets of Malta are usually very narrow. Such a layout is due, firstly, so that on hot days the streets are completely covered with shade, and secondly, so that they, in case of military conflict, can be used as a shelter. And, trivially, there is not much space in Malta to throw it around. 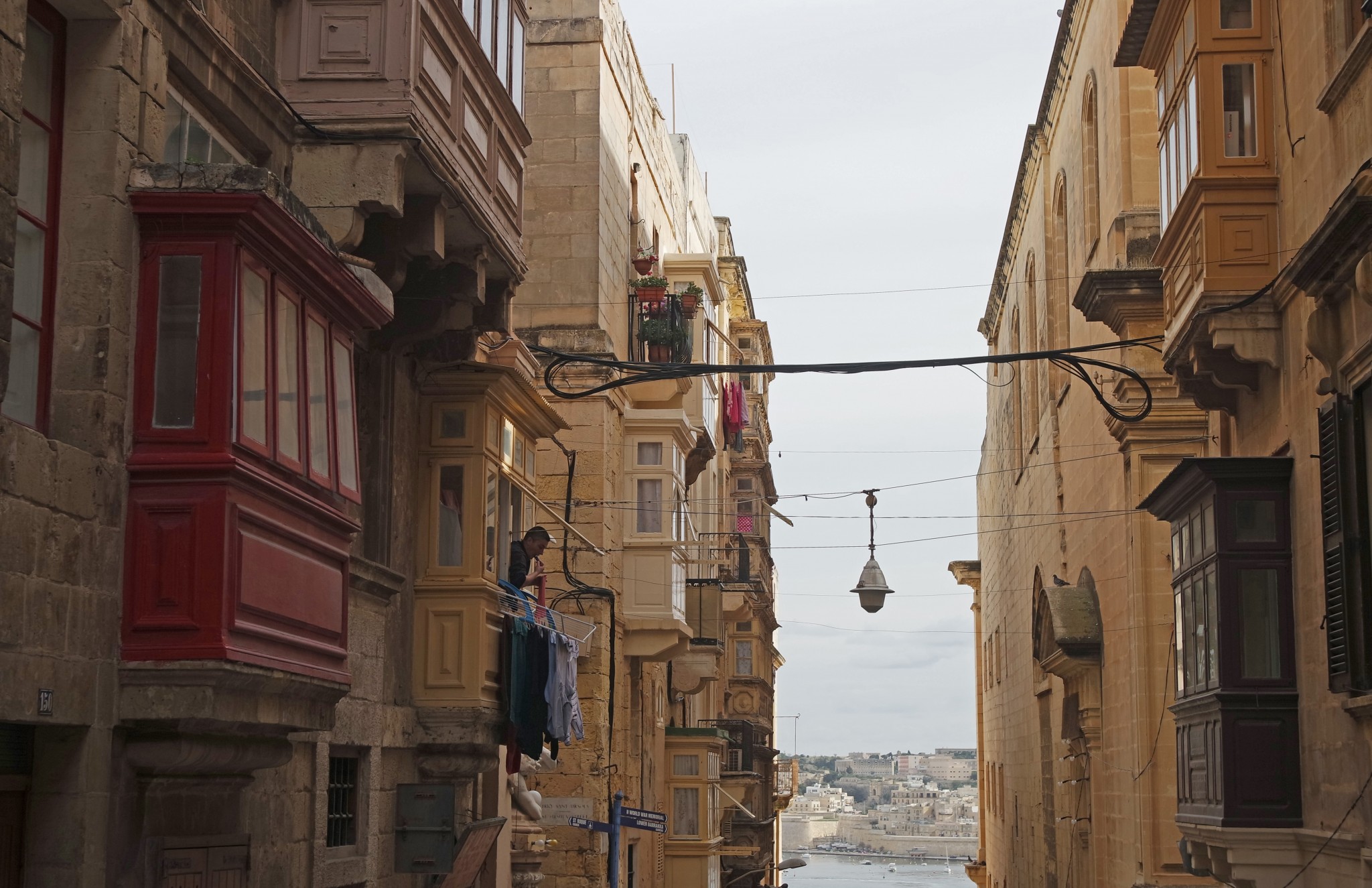 30. In Malta hotels and rented apartments there are paid air conditioners. If you’re going to actively use them, stock up on coins to recharge.

31. Jellyfish, which sting a lot, can be seen at sea during summer.

32. Venomous scorpions are sometimes seen in Malta, usually outside the city somewhere among the rocks. 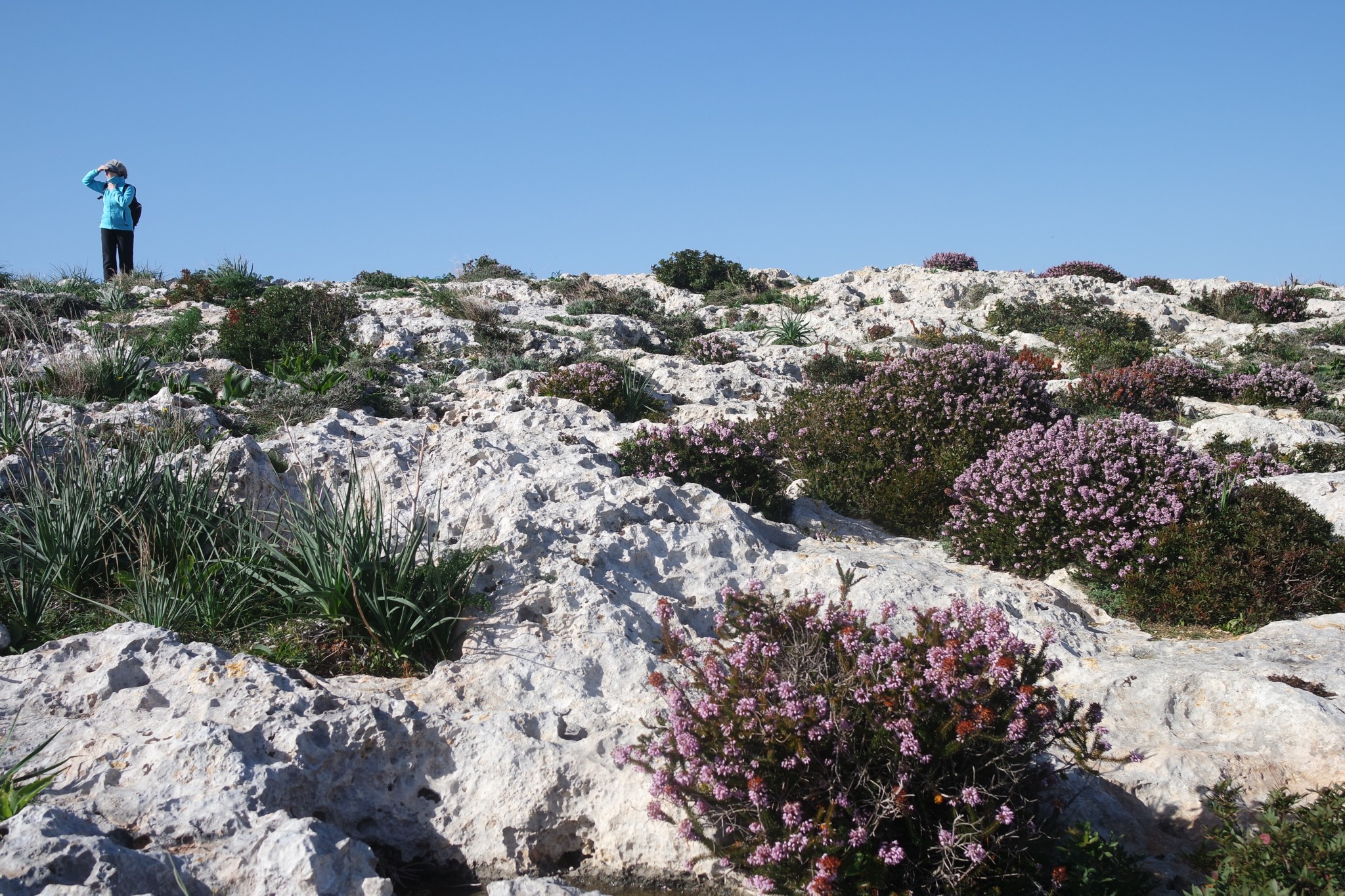 33. Malta is known for its many language courses and programs. Young people from many countries come here to study (and, of course, to hang out).

34. When choosing the season for a trip to Malta, remember that in winter house prices fall considerably. Price tags in shops may also differ for the better. 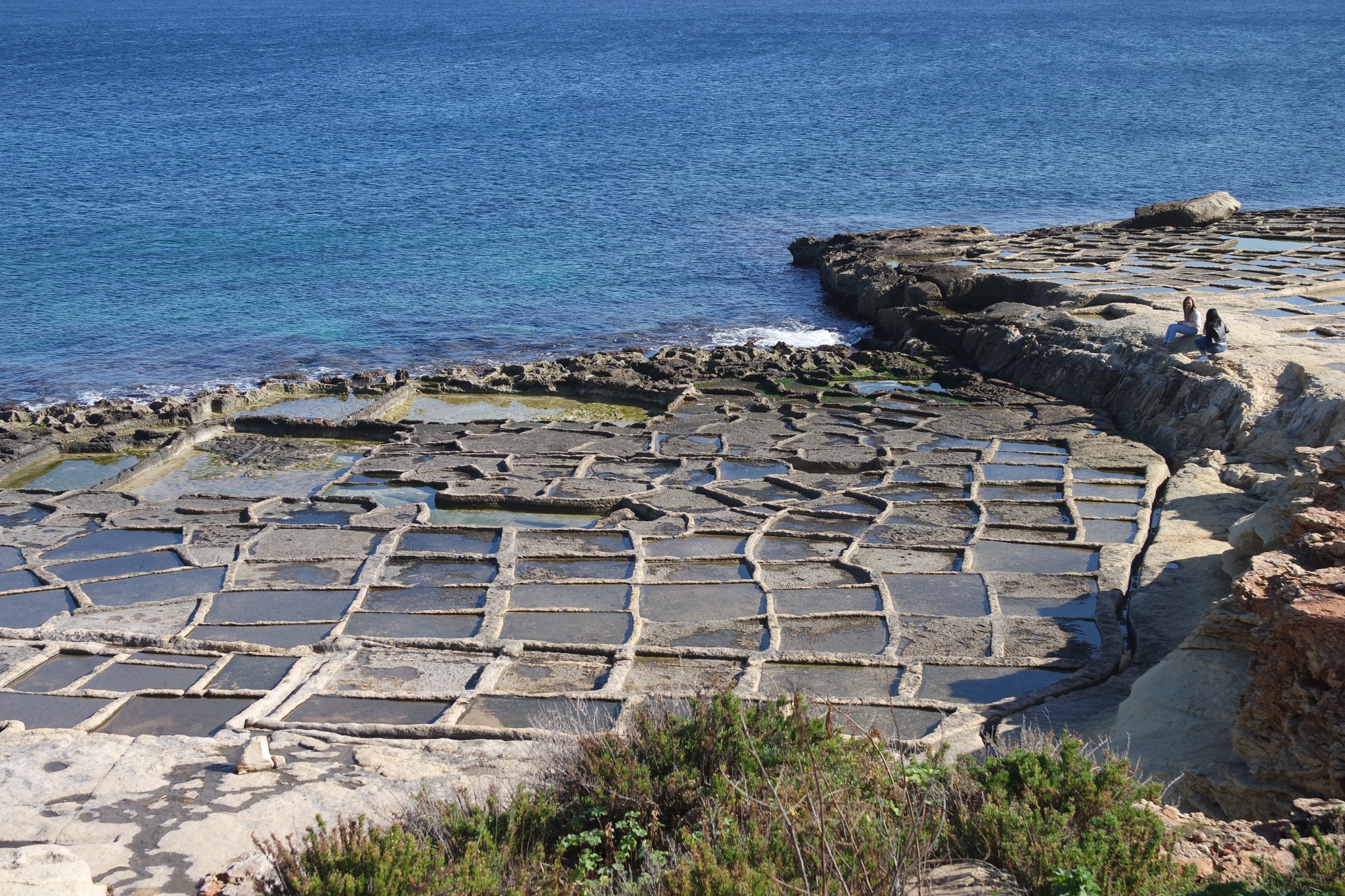 35. Salt extraction from sea water is a Maltese occupation with centuries of history. As such, the rocky shores of the islands are often dotted with many square “pools” (salt baths) hollowed out in the limestone.

36. Stores in Malta are usually very compact, and the few shopping centers are very small. Almost the only large shopping complex of the country The Point Shopping Mall is located in Sliema. There is also a large supermarket Chain. 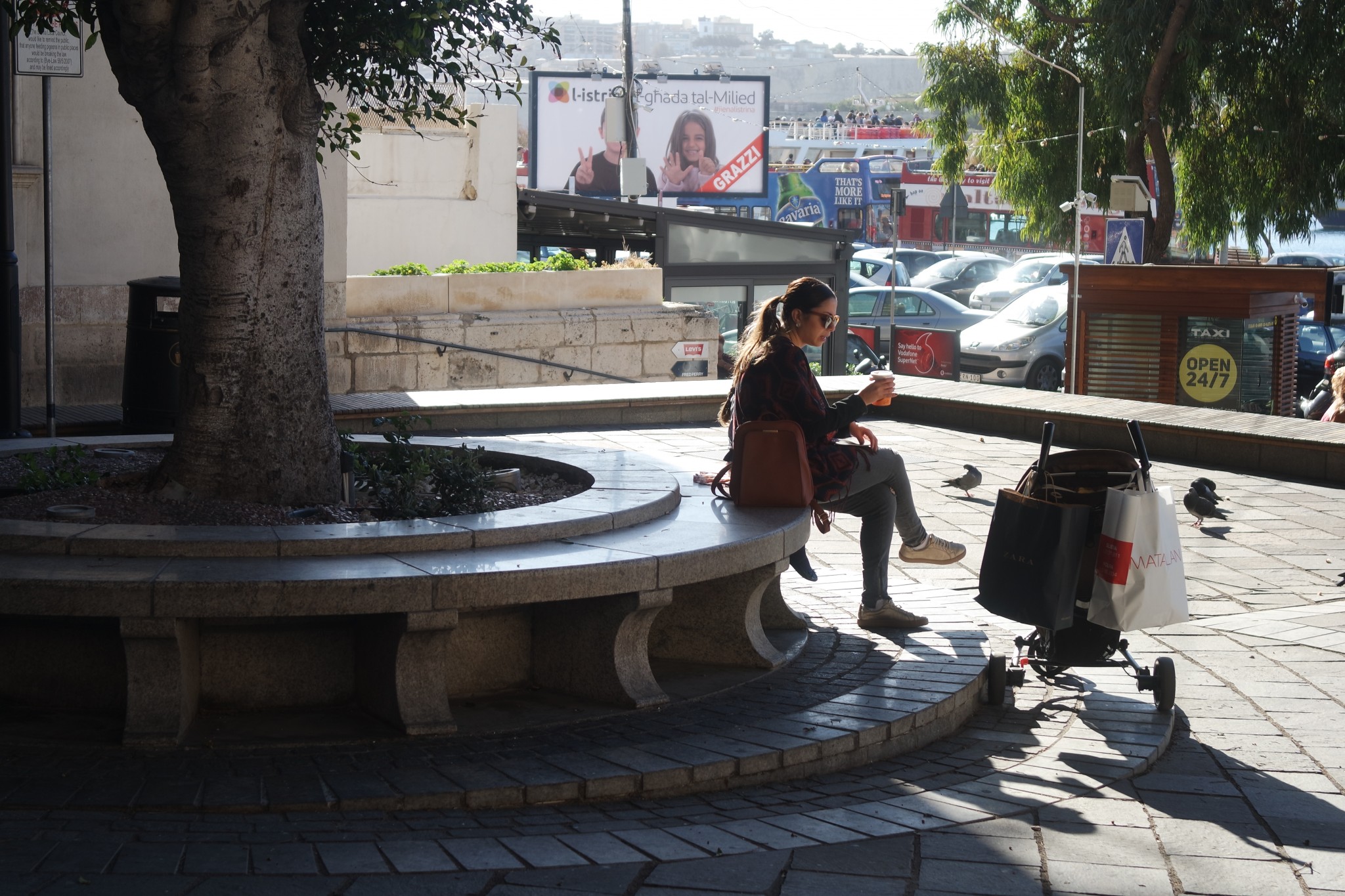 38. The vast majority of beaches in Malta are stony, small sandy beaches are in the north of the island of Malta (Mellieha bay, Golden bay, etc.). 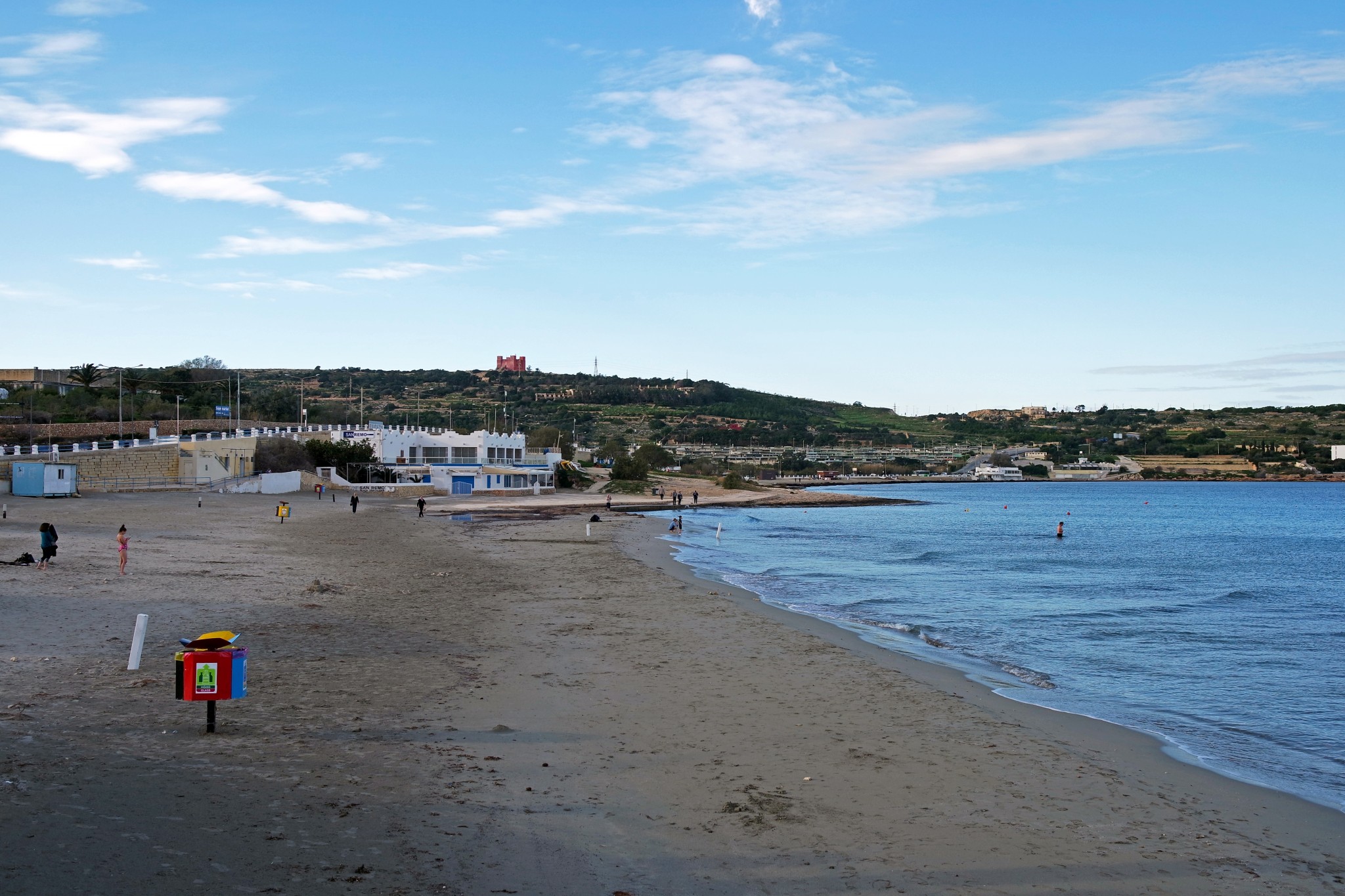 39. Paceville is the party capital of Malta. Though, quite small: it is only a few streets where discos, bars and nightclubs are concentrated.

40. In the north-west of the island of Malta there is an amusement park “Popeye’s Village”: a complex of cute colorful houses on the shore of a picturesque bay, which was preserved after the filming of the movie “Popeye” in the 80s. Incidentally, this picture was the first movie role for Robin Williams . 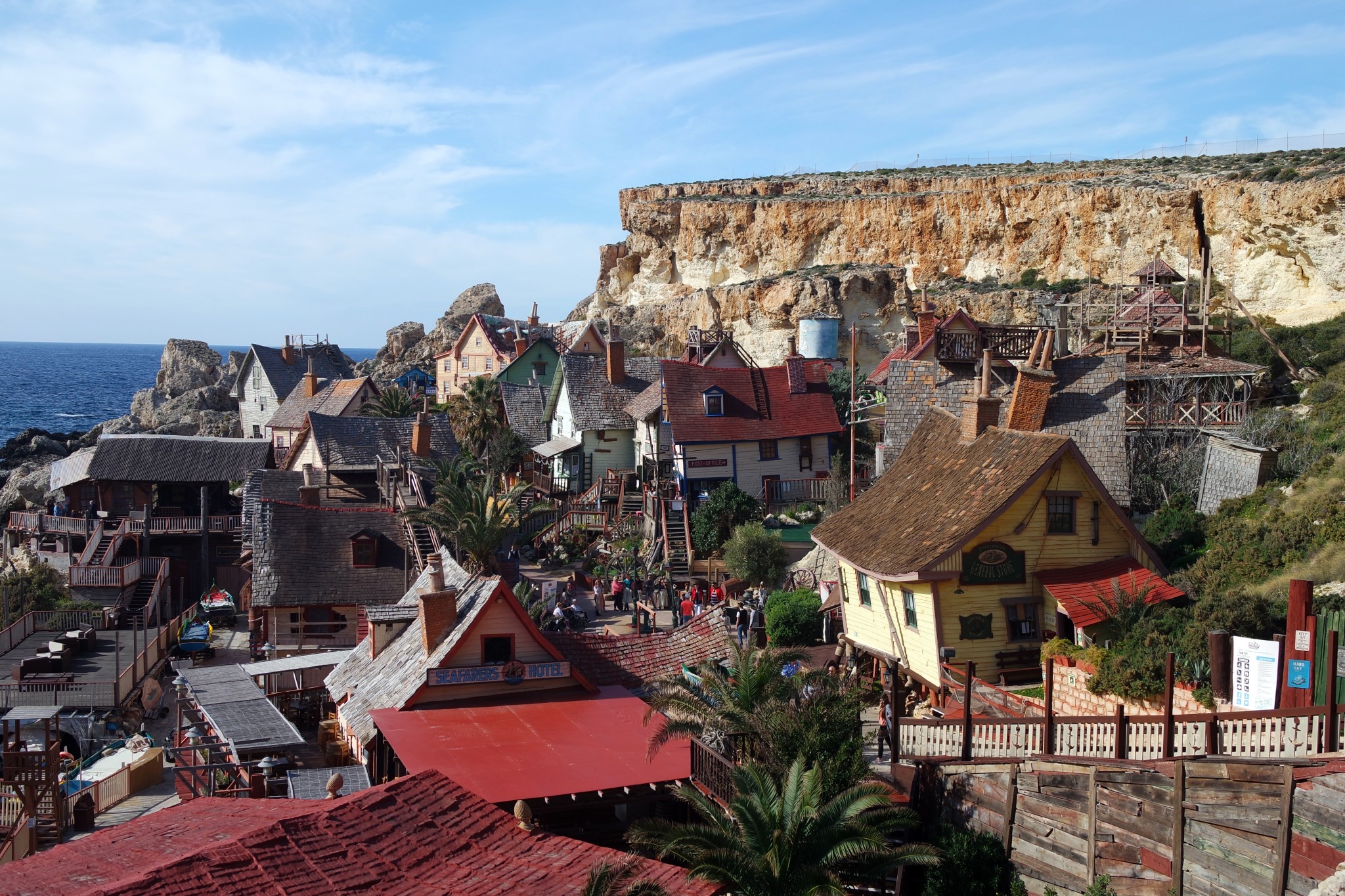 41. Perhaps Malta’s most famous natural landmark, the abrasion limestone arch of the Azure Window on the island of Gozo (featured in several movies at once), was destroyed in a storm in the spring of 2017. Nevertheless, they say, dodgy guides continued to take tourists there even after that.

42. As in any maritime country, Malta has long had a fishing industry. The most famous and colorful fishing village of Malta is Marszalock . The main attractions are the waterfront fish market and seafood restaurants, as well as the colorful traditional “eyes” fishing boats Luzzo, which here the highest density in the country. The eyes, which are usually painted on the bows of these boats, supposedly protect fishermen from misfortune at sea. 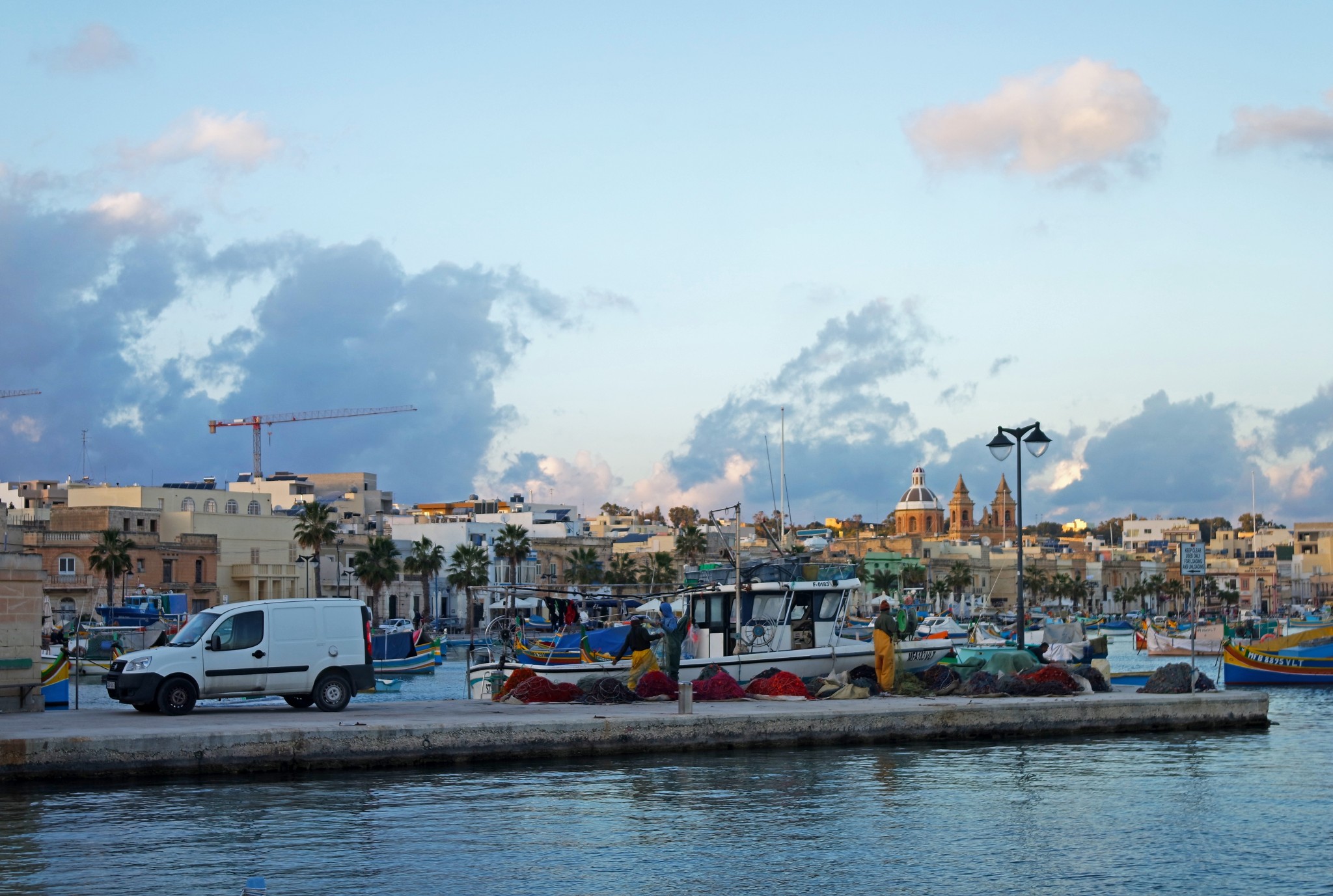 43. Mdina is the ancient capital of Malta and is situated in the heart of the island. Now this city-fortress is one of the island state’s must-see sites.

44. Malta is famous for its diving spots. One of the most beautiful and popular is Blue Grotto in the south of the island (Malta) where a system of underwater caves was formed. The latter can be admired by boat. 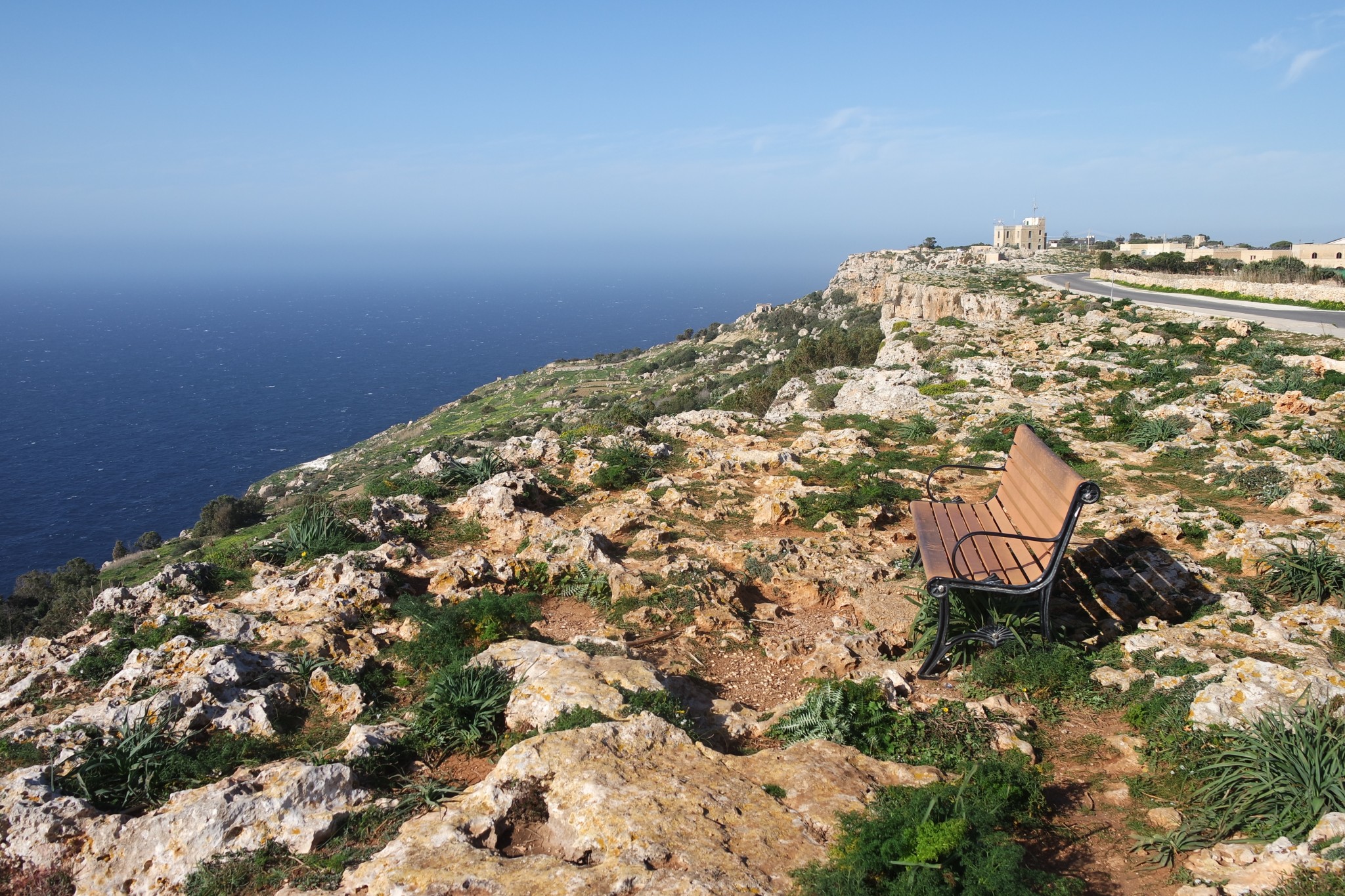 45. One of the most spectacular scenery in Malta is the view on the cliffs of Dingli . Here is the highest place on the islands (250 meters above the sea). You can get there from Valletta by bus number 56 or from Mdina (bus number 201), which is much closer to the cliffs.

46. Malta and Gozo have some of the oldest buildings on the planet – megalithic temples, dated by IV-III (and according to some data by VII-VI) millennia BC. From 23 known Maltese sanctuaries four have remained: Jgantija, Hagar Quim, Tarshien and Mnajdra. In addition to the above-ground structures, there are underground temples, carved in the rocks (hypogeia). By the way, tickets to the hypogea are available only on the Internet. 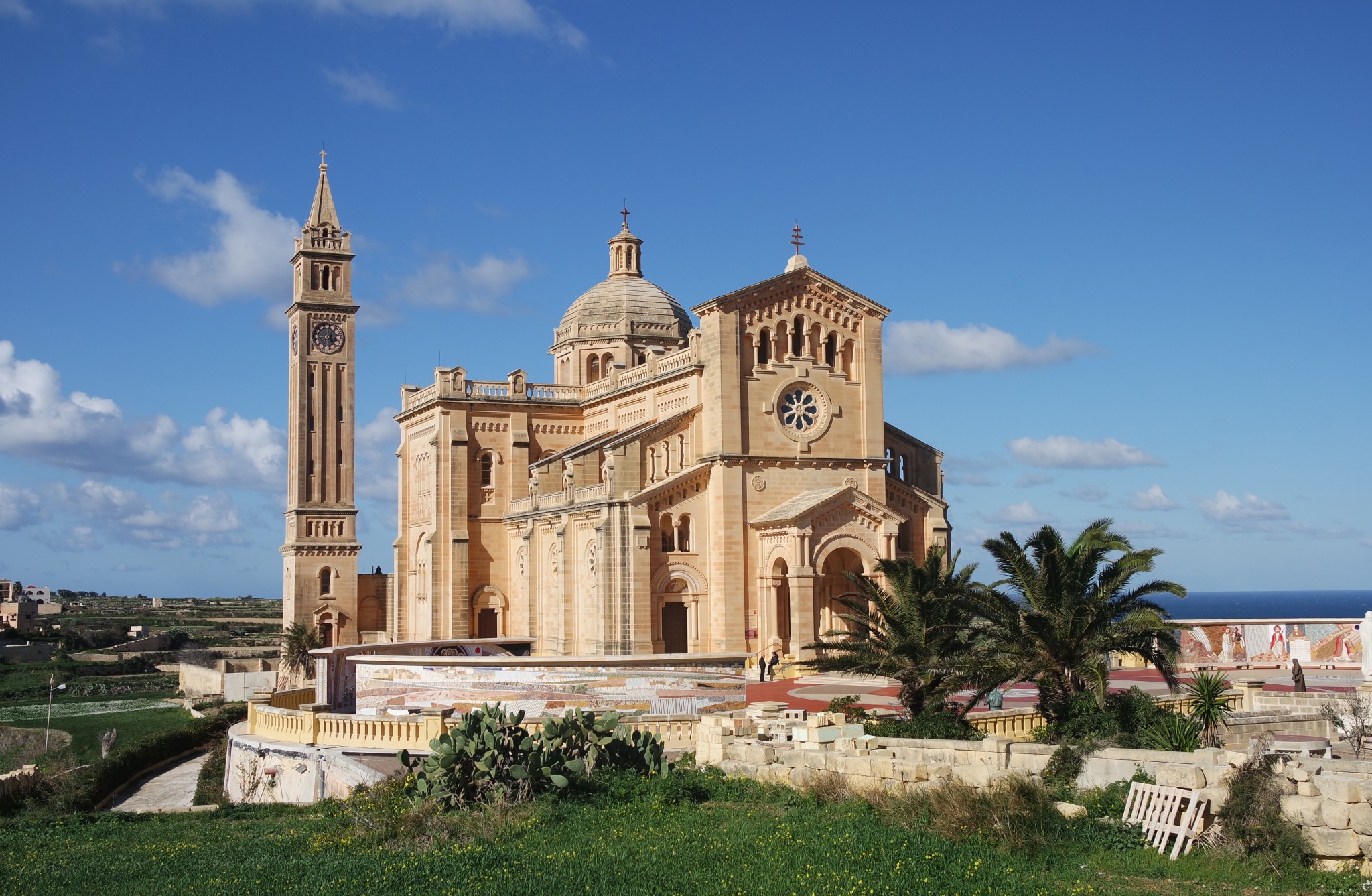 47. On the small island of Comino also has its own attraction – the Blue Lagoon. This bay is known for its clear clean sea water of turquoise color. During the season, the influx of tourists here is off the charts, so it’s best to go here on weekdays early in the morning or closer to the evening.

48. Malta is famous for its glass crafts. Exquisite dishes, vases and jewelry made of Mdina glass are good options for souvenirs. 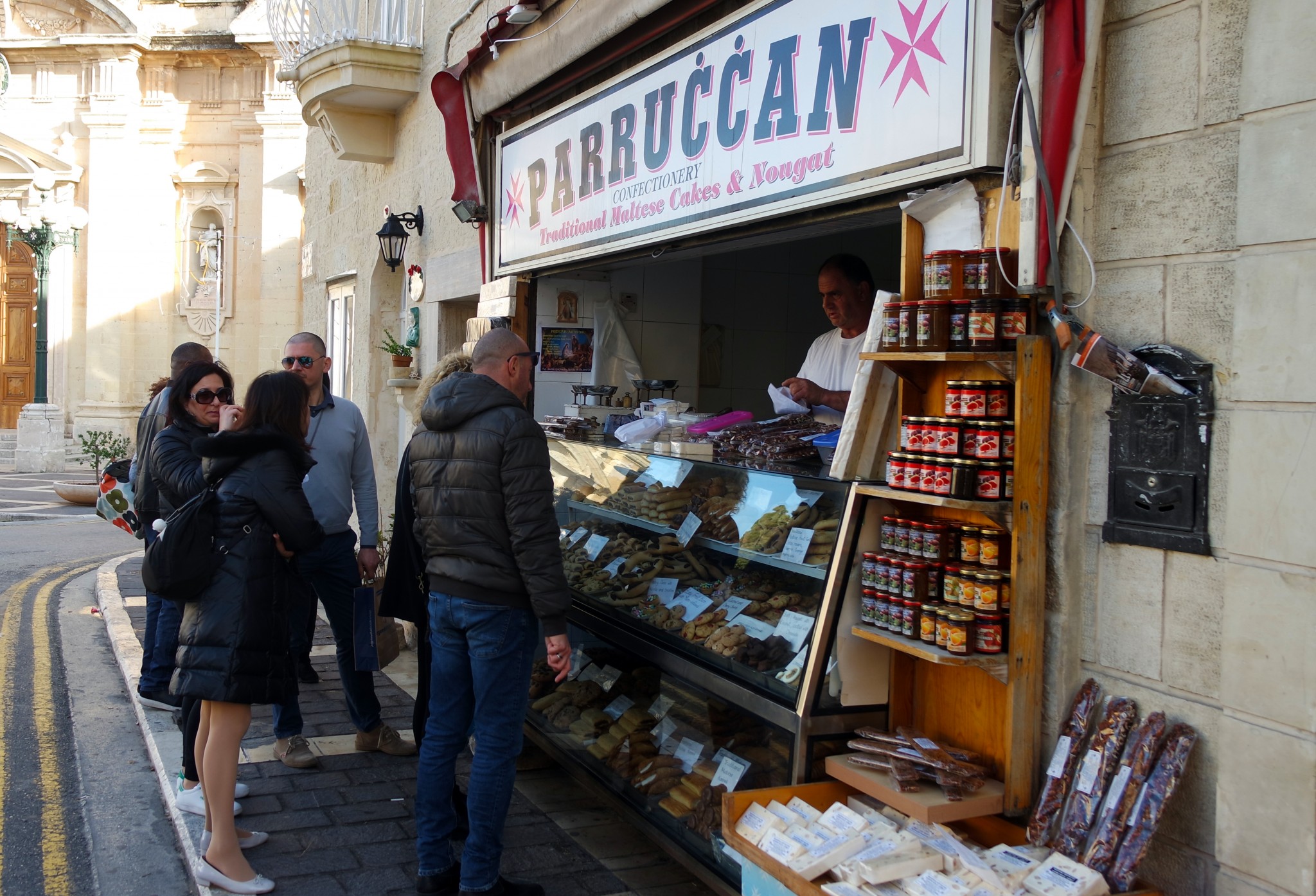 49. Maltese cuisine is characterized by a wide use of all kinds of pasta and ravioli, with rabbit stew being a popular meat. Last but not least, fish and seafood, as well as stuffed vegetables are very popular. Also here you can find quite a lot of variants of bakery. 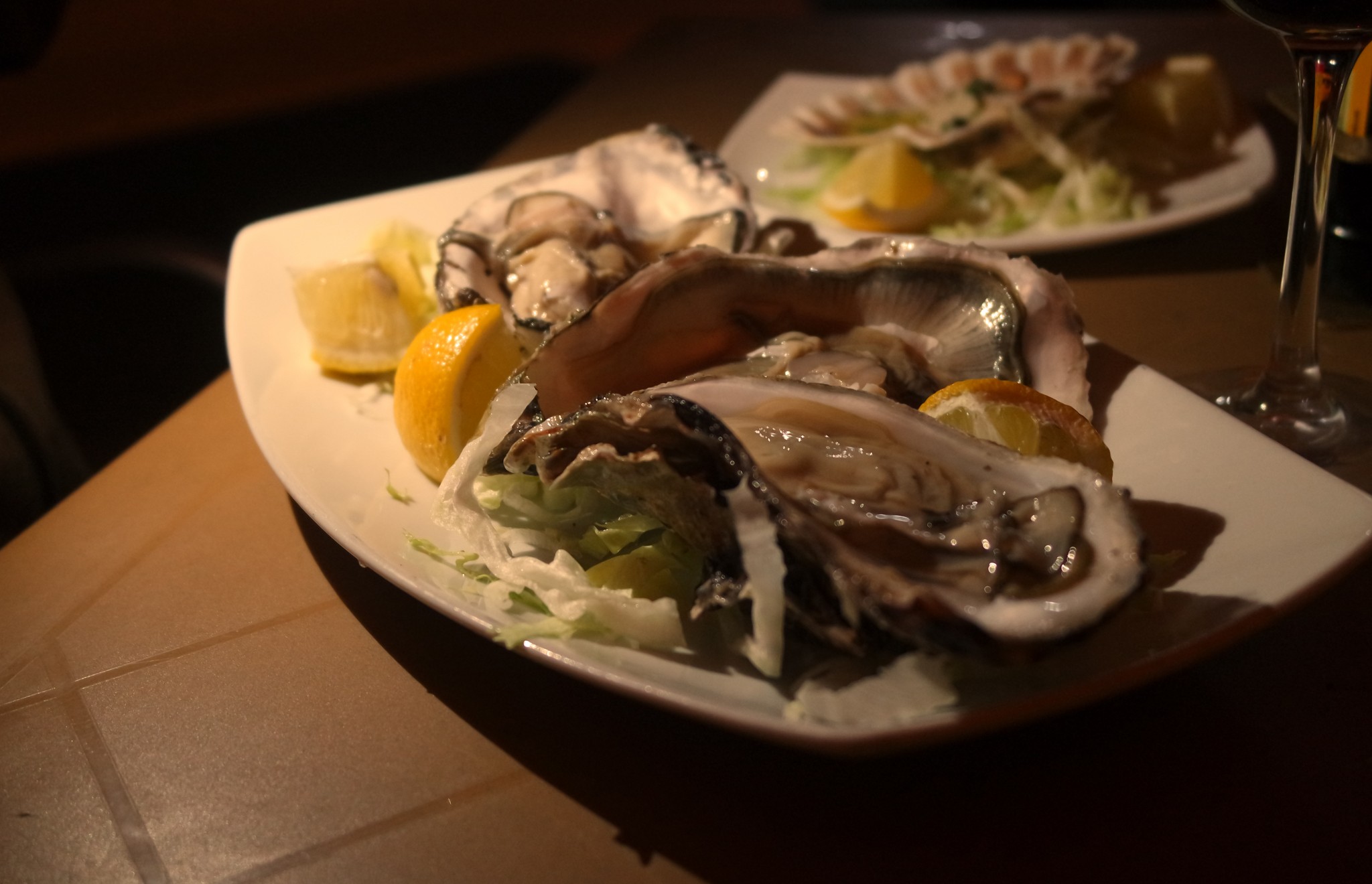 51. The main Maltese fish delicacy is lampouka (aka dorado). In Malta there are many variants of cooking lampuca, one of which is a fish cake.

52. Malta has its own traditional (goat or sheep) jbeina cheese, usually in the form of a small ball.

53. One of the most popular Maltese pastries is pastizia. It’s a puff with cheese, chicken, ricotta, spinach (optional) or other fillings. 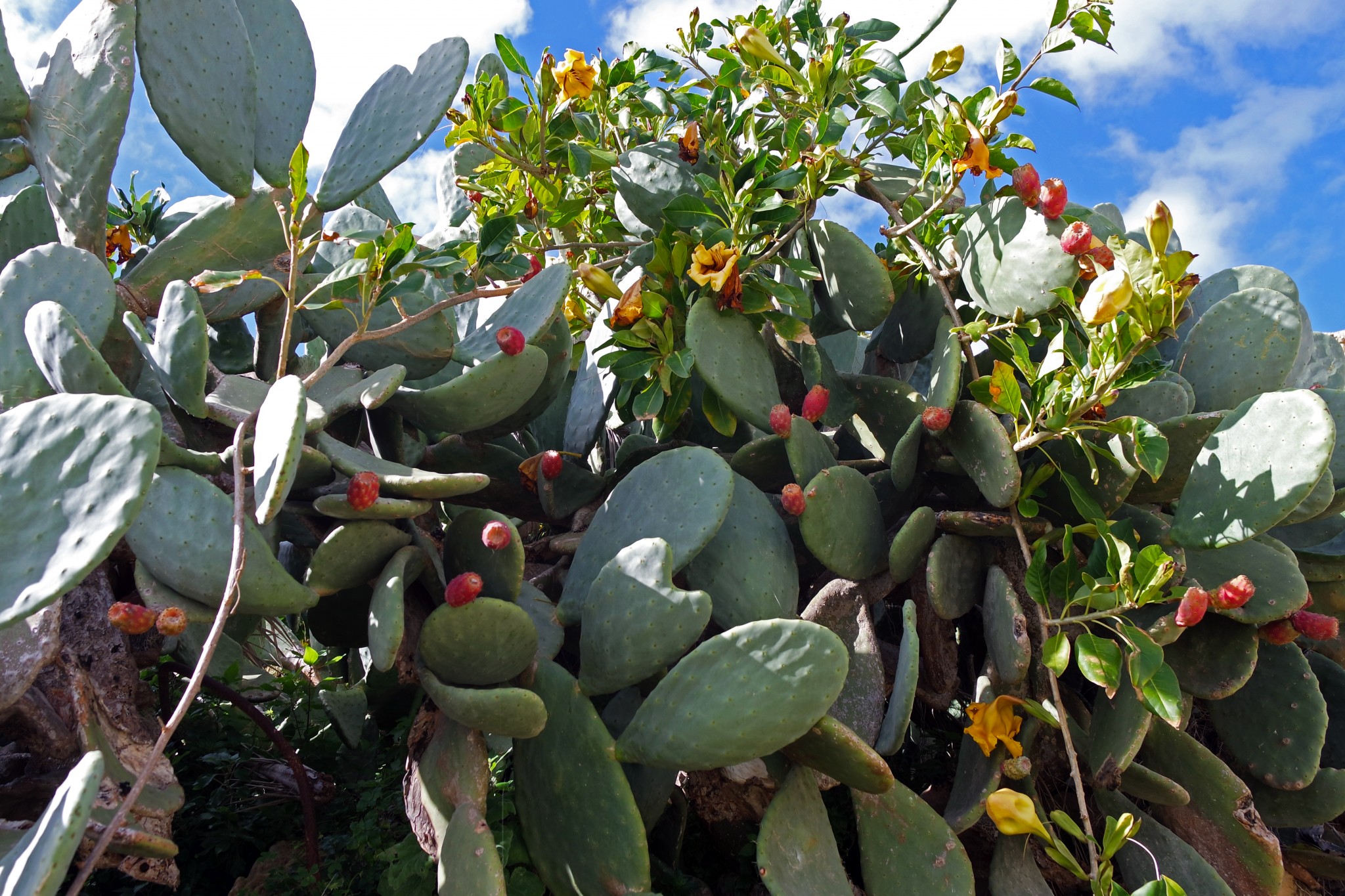 54. Malta is a wine country, so prices for wine here start at a couple of euros. There are a number of beer brands, the most popular of which is called Cisk . Also well-known Maltese “chip” is liqueur from the fruit of Bajtra cactus opuntii – a traditional souvenir, which is brought from the islands.

55. Among the non-alcoholic beverages popular local soda “Kinnie”, which is made from bitter oranges. 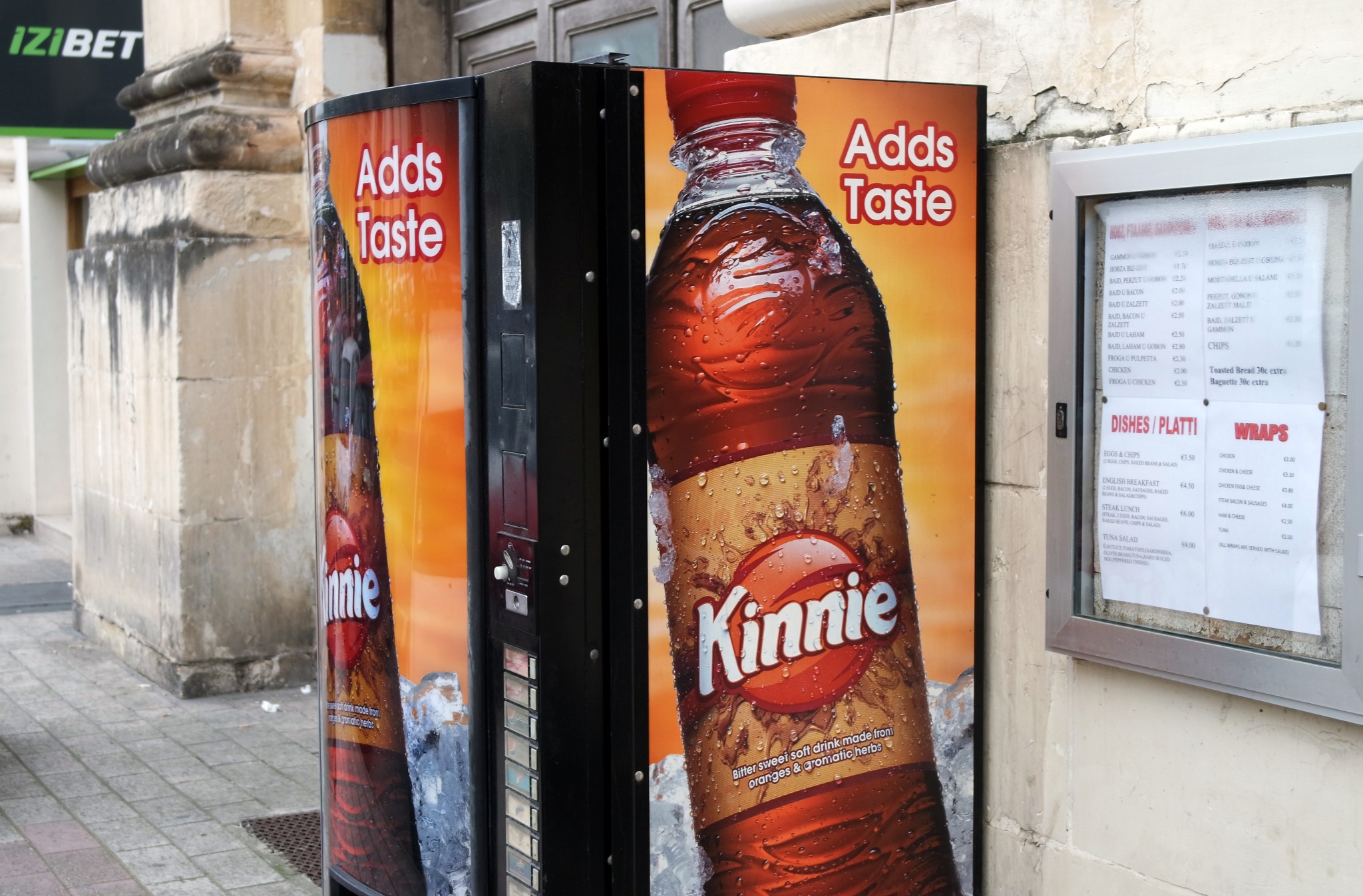 56. Get married in Malta can be obtained only once, because legally divorce does not exist here. Abortion is also forbidden.

57. Malta is considered one of the safest countries in the world. It is said that almost no crimes are committed here.

58. The Maltese are very passionate about music. About half the population has a musical education. 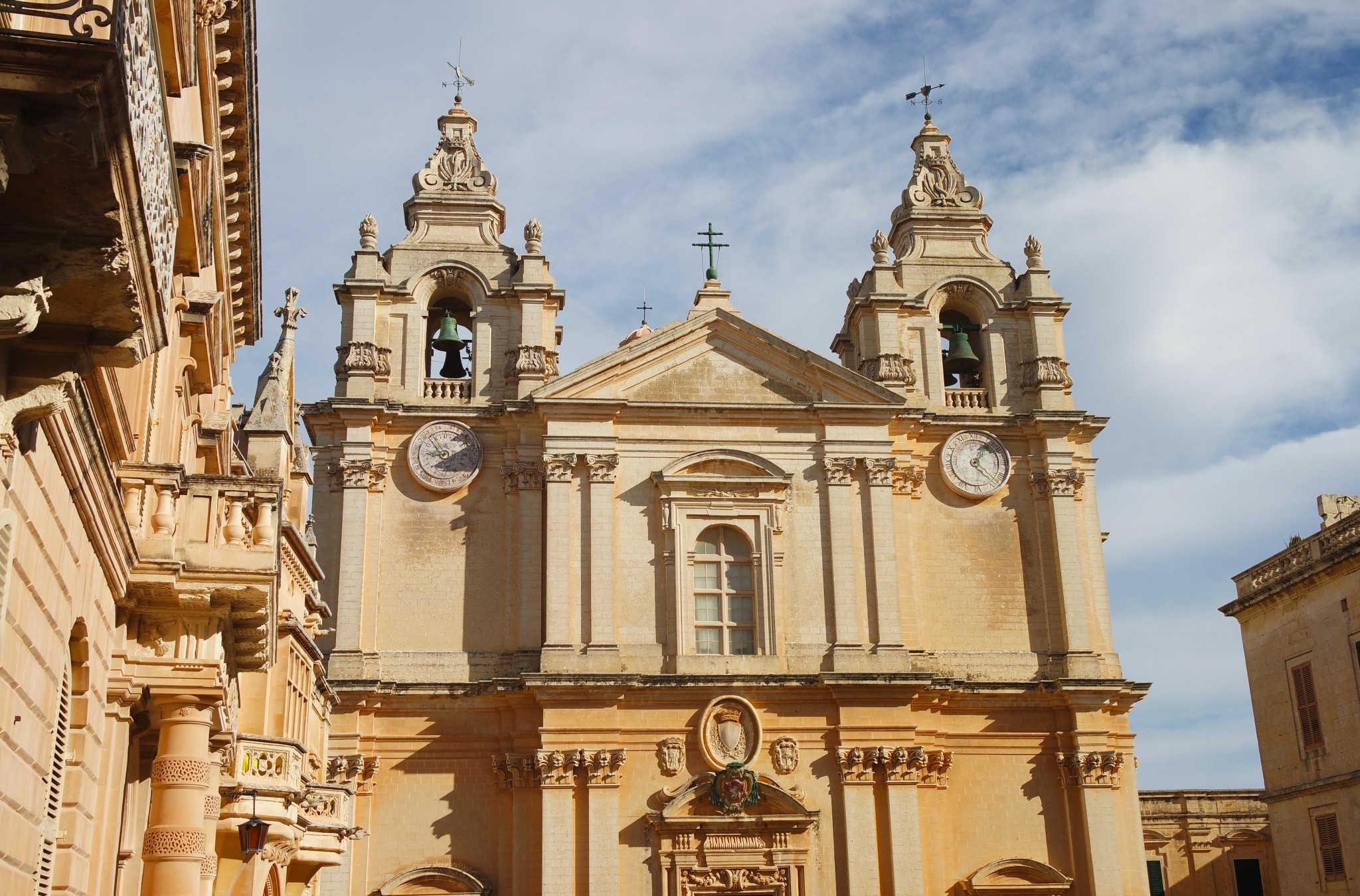 59. There are often two clock faces on Maltese temples. One is said to show the correct time for the faithful, while the task of the second (with the wrong time) is to confuse the unclean powers.

60. In various corners of Malta you can often get to a festival in honor of one of Malta’s saints, of which there are several hundred. A colorful procession, decorated streets and fireworks – this is what a celebration looks like from time to time in every village of Malta. 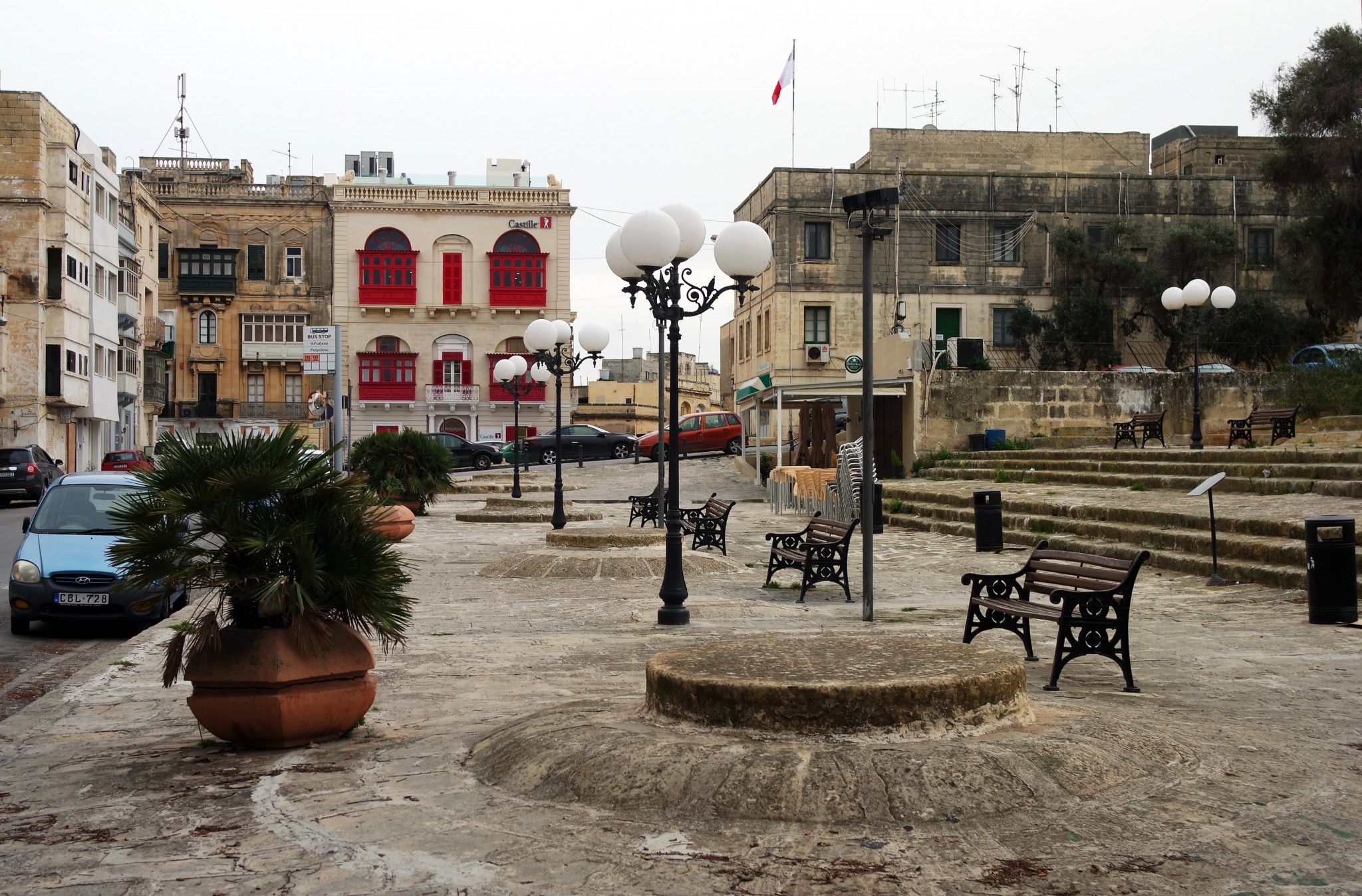