One of the champions of the world for the number of amazing and unique sights is Malta. Some of the oldest temples in the world are here – impressive megalithic structures built almost 6,000 years ago, the only known prehistoric underground temples built 10m underground over 5,000 years ago, the most amazing Baroque churches in the world, massive complex fortification systems from the 16th to 18th centuries and beautiful medieval towns with intact fortification systems. All of the above and other attractions in Malta are covered in this article .

The small lake is a sea cove, accessible from the sea through a narrow natural archway. Boats can pass through it on windless days. 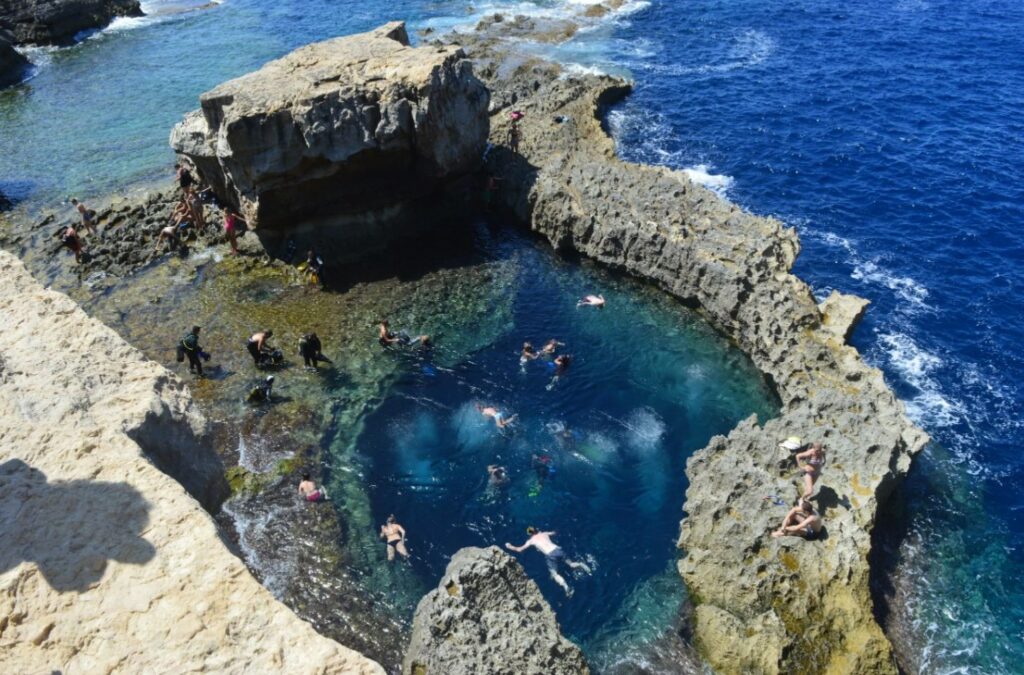 This cave contains unique remains of animals such as pygmy elephants, hippos, deer and others trapped on the island at the end of the Ice Age, as well as the oldest human remains in Malta (7,400 years old). You can also see rock carvings that include elephant images.

The only known subterranean (up to 10.6 m deep) temple from prehistoric times besides the Stone Circle of Shaghur. The construction of this temple began around 4000 BC. Originally it was a temple, but later the structure was turned into a necropolis. An interesting feature is the carving of the left hand in the wall . 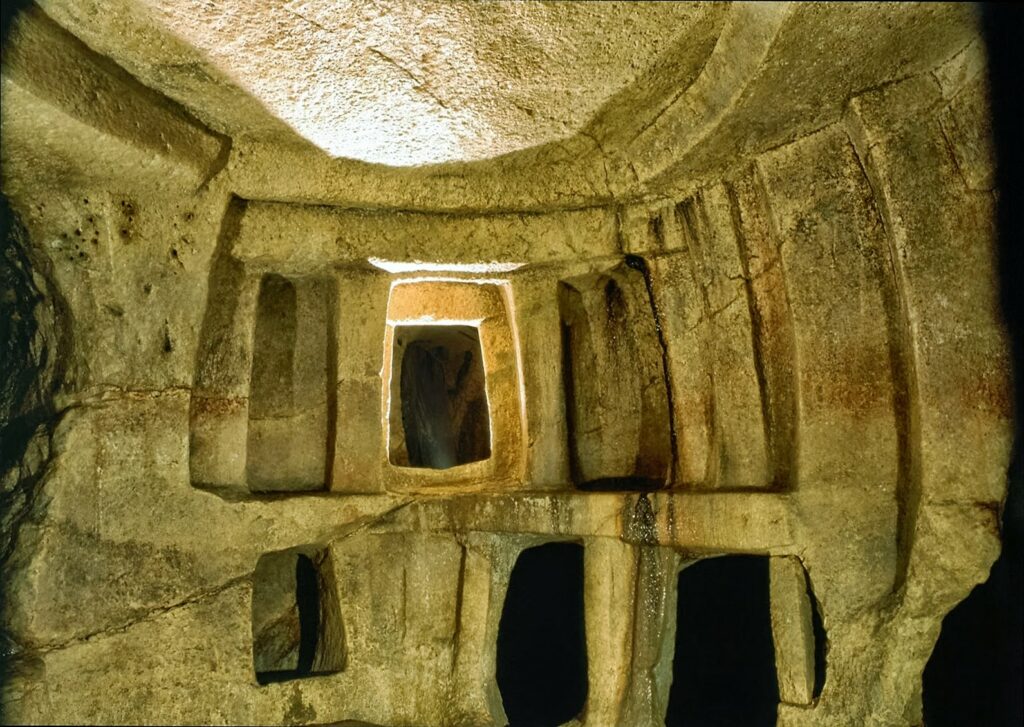 The underground cemeteries, built by the Romans and used until the 4th century AD, are the largest system of catacombs in Malta. They contain the earliest known evidence of Christianity in Malta, as well as Judaism and local pagan traditions. These catacombs have a complex layout and include more than 30 hypogeum, linked by numerous passages. Near the entrance are plastered rooms, once decorated with frescoes. 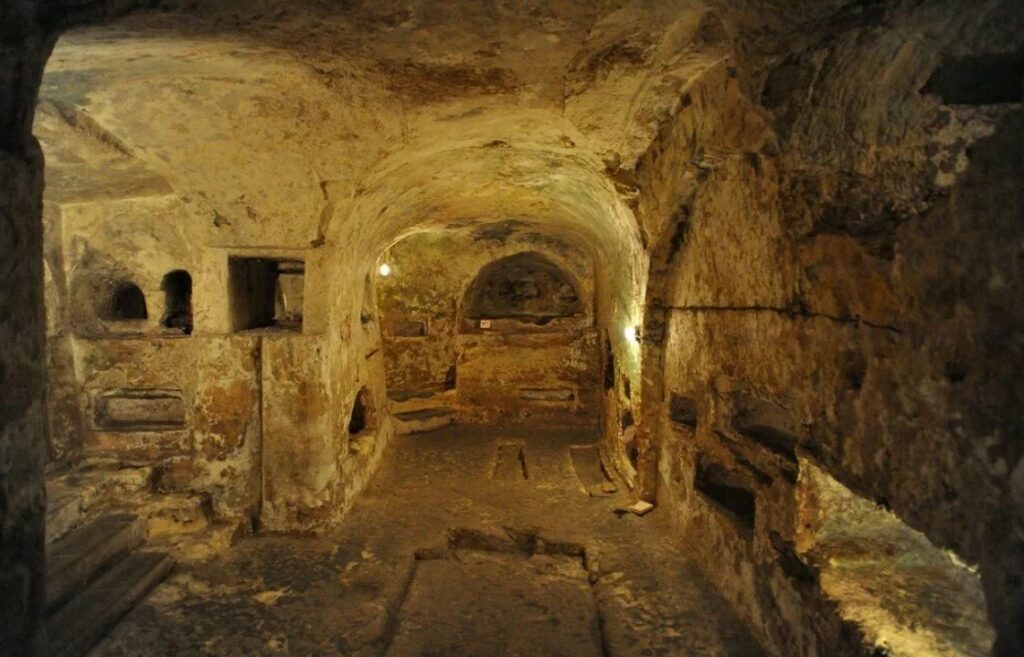 An almost unique underground temple from prehistoric times, built and used between 3000 and 2400 B.C. More than 2,000 pieces of human bones and prehistoric artifacts have been found here.

Valletta and its fortifications

The small old town of Valletta contains a surprising number of valuable buildings, most of which were built in the 16th century and later in the late Renaissance and Baroque styles. There are many beautiful Baroque and Rococo urban palaces. One of the few planned Renaissance towns which have remained virtually intact . The city is protected by massive fortress walls built in the 16th and 19th centuries.

One of the most outstanding Baroque buildings in the world, built in 1573-1578 . From the outside the cathedral may seem austere, but the sumptuous interior is astonishing, with many beautiful works of art. The walls and ceiling are completely covered with beautiful frescoes. 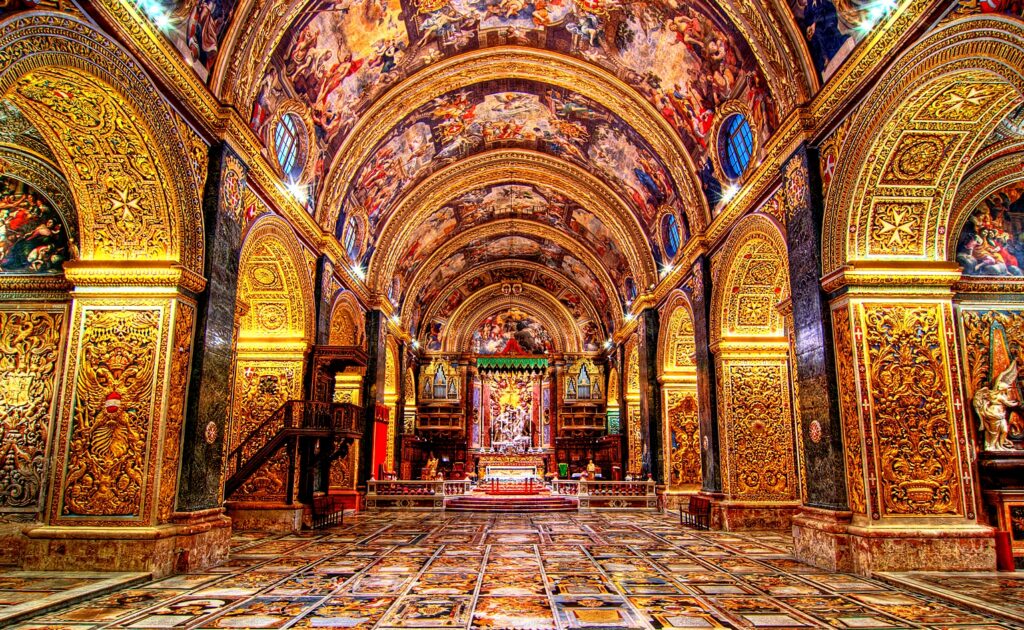 Mdina and its fortifications

The ancient capital of Malta is a walled medieval town, still bounded by ramparts. Settled since 4000 B.C., it was once an important Phoenician stronghold (circa 700 B.C.) The local architecture is largely medieval Norman style and then Baroque. The extensive system of fortifications around the city is fully preserved. Most of the fortifications were built in the 16th-18th centuries. 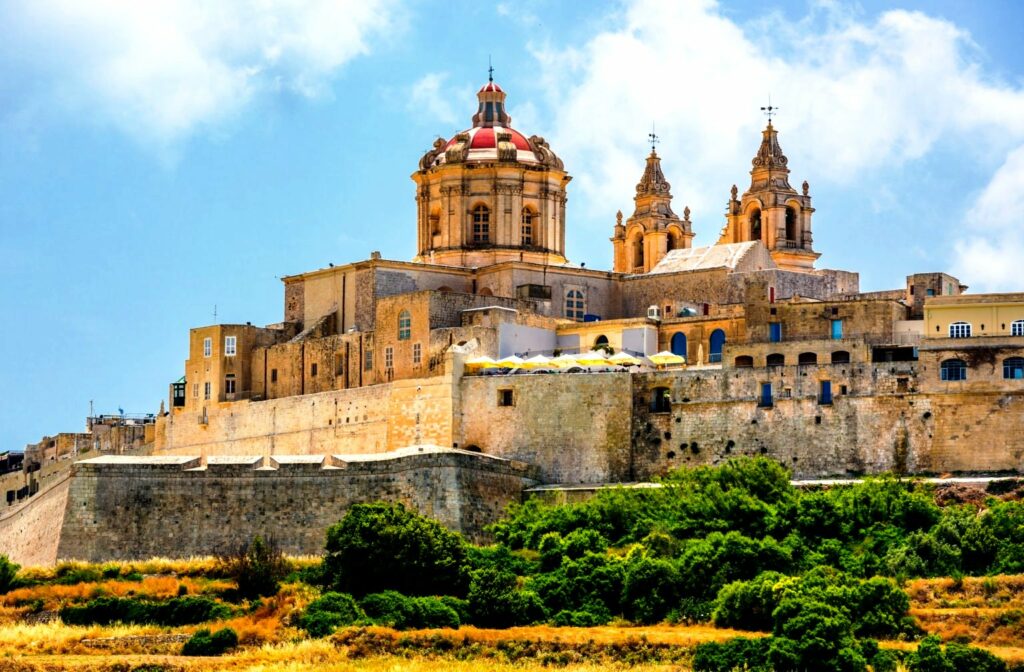 Mdina and its fortifications

A huge castle and bastion overlooking the sea in the town of Birgu. The castle was already here in the 13th century, although the fortifications may be older. Modern buildings date from the 16th-17th centuries . There are interesting ghost stories about this place.

A massive Renaissance palace built in 1586. It now serves as the residence of the President of Malta. The highlight of the palace are the exquisite interiors and the tales of the ghost, the Blue Lady. 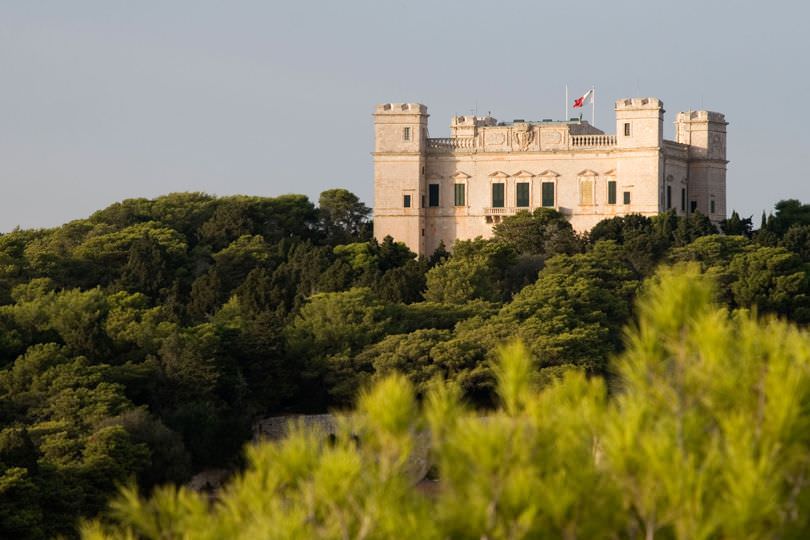 A hilltop fortress city inhabited and fortified since the Bronze Age (1500 BC). During the Middle Ages it was turned into a castle. These fortifications have been preserved in their original form until today. 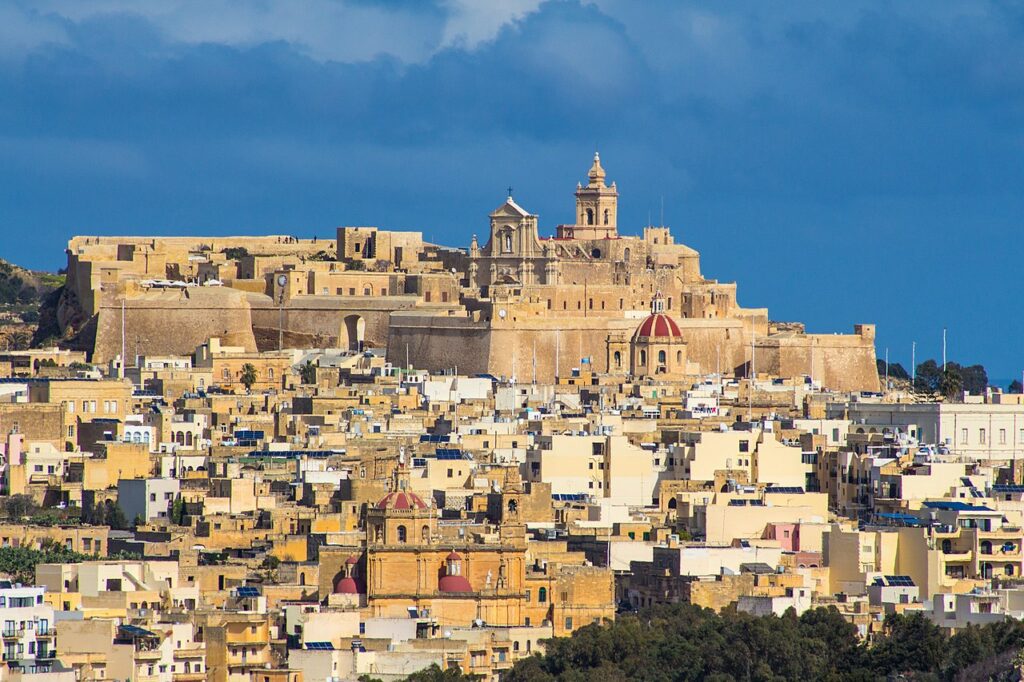 An impressive church with a dome 75 m high. It is the third tallest unsupported dome in the world. It was built between 1952 and 1978 in the Neo-Baroque style.

Basilica of Saint George in Gozo

A large and richly decorated Baroque church built in 1672-1678. Inside the church are numerous works of art , beautiful frescoes.

The short-lived capital of Malta, a historic port city with a rich and varied architecture. Located on a peninsula. The seaside promenade of Vittoriosa is magnificent, as well as many outstanding buildings. 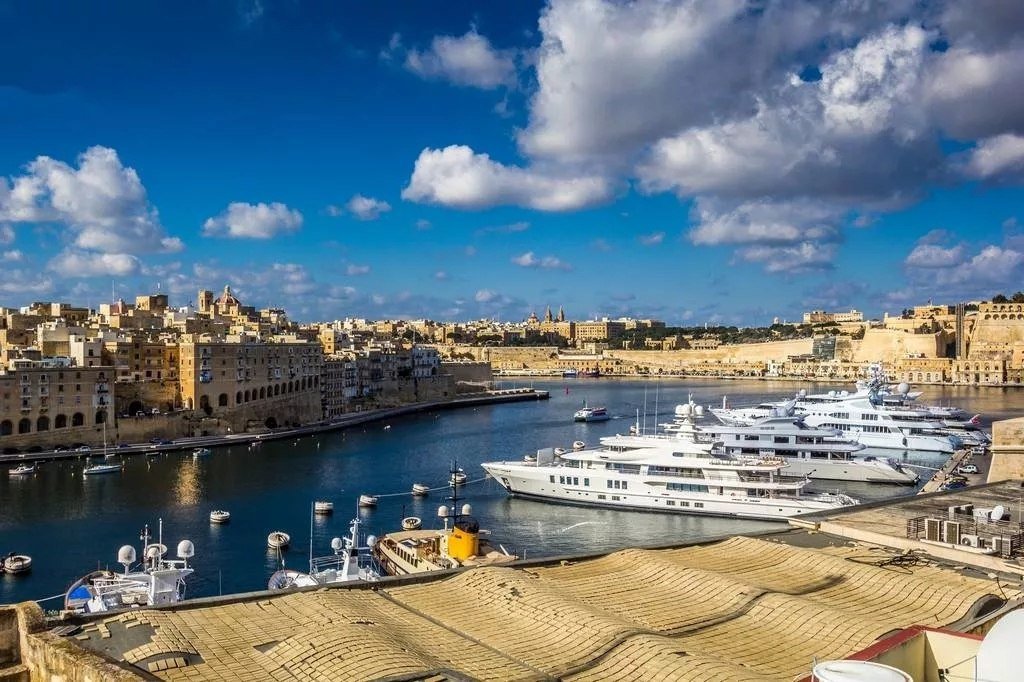 Villa Bologna and its gardens

This beautiful villa even looks like a small palace . It was built in the Baroque style in 1745. At the palace there is a beautiful Baroque park with rich garden architecture, such as the Nymphaeum.

This church has the fourth largest unsupported dome in the world with an interior diameter of 37.2 m. It is supported by 9.1 m thick walls. The church was built between 1833 and 1860s. 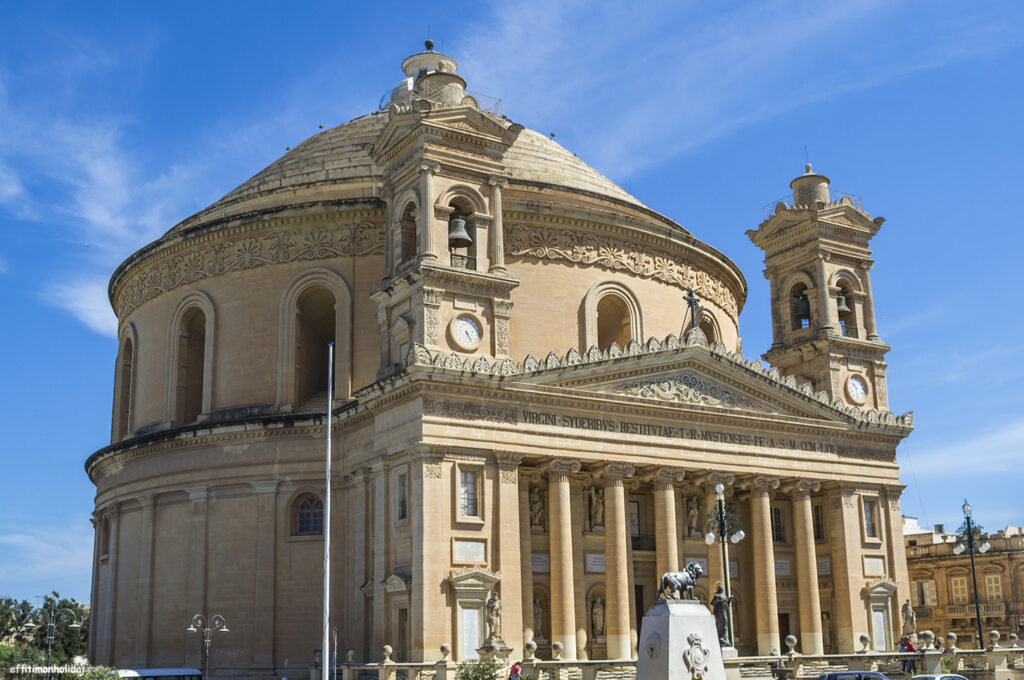 Palace of the Grand Master of the Order of St. John, built in the 16th century . This massive Renaissance palace now serves as the office of the president of Malta. The rooms of the palace are notable for their splendid interiors.

An impressive neo-Romanesque basilica, built in 1932. Huge and ornate, the church is erected in an open area with stunning views of its magnificent architecture. 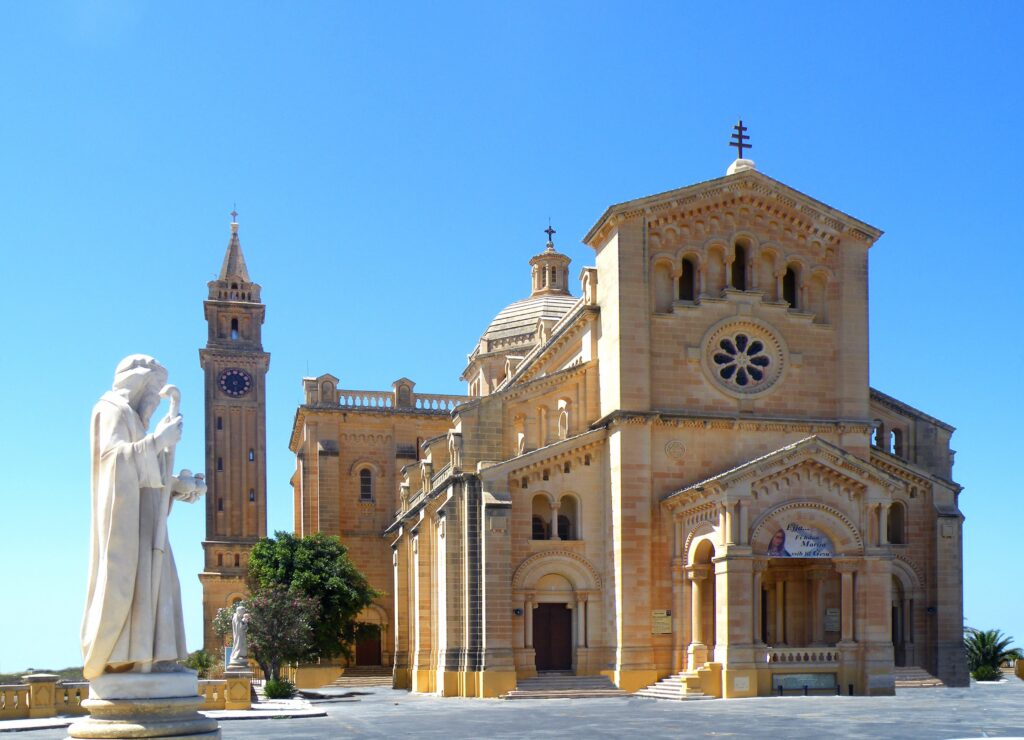