This article first appeared in 2011 in the wonderful CookEatSmile magazine. But don’t think that information about Madeira has become outdated since then: time on the island runs lazy and measured, and it takes a much longer period for something to change. 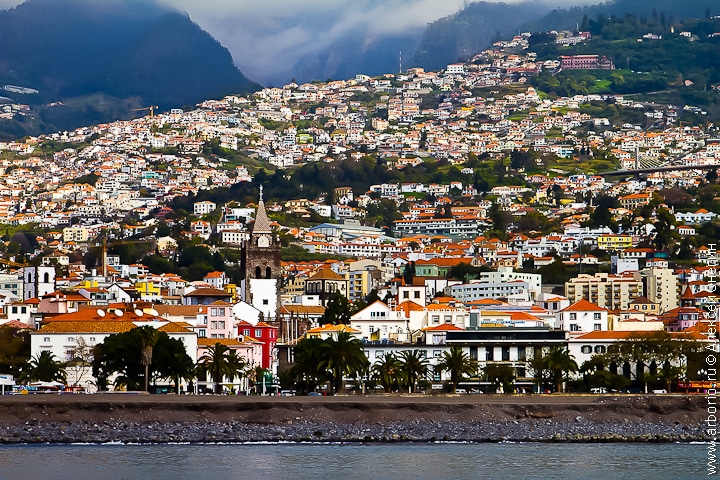 Funchal, view from the sea

Islands are my secret passion. It’s not even the salubrious sea air or the beautiful sunsets. No, of course it is, but the beauty of the islands is in their isolation from the rest of the world. Everything is different here. Other people, different nature, even the wind blows differently than on the “mainland”. This has been the case at all times, and it remains so to this day. Especially in the case of islands lost far out in the ocean, like Madeira. 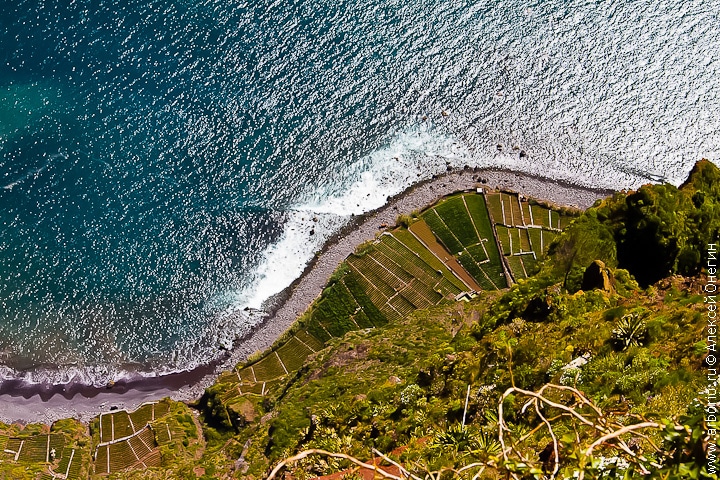 The whole of Madeira is a constant up and down

How far, though, is it? The thousand kilometers that separate Madeira from the Portuguese mainland can be covered in an hour and a half but once you step off the plane, you’ll find yourself in a realm of eternal spring, cool levards and unique relict forests. The pristine nature is what most tourists come here for, although there are certainly plenty of other things to see, such as the traditional New Year’s Eve fireworks display, which landed in the Guinness Book of Records as the most spectacular of its kind. And even if you’re not lucky enough to be in Madeira at this time of year, there’s still plenty to see, go and taste. 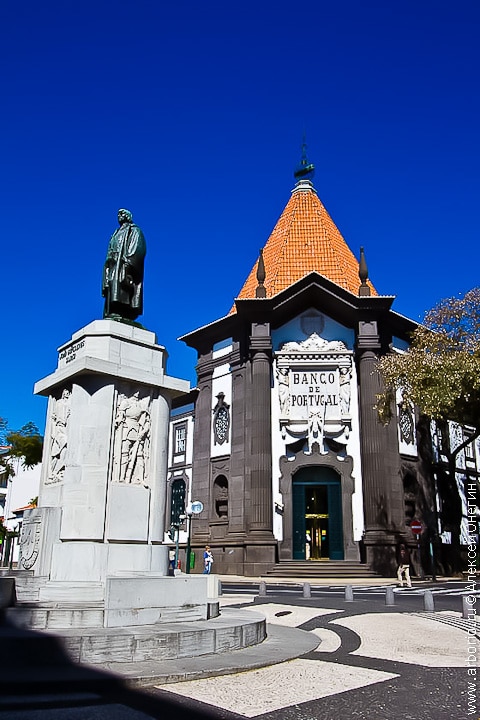 The bank building in the historic center

Funchal, the capital city of Madeira, is a must-see, and more specifically its historic center – a huge cathedral, several ancient forts, and simply beautiful houses, streets, parks, and promenades. Unlike many other towns that are not neglected by tourists, Funchal has a life of its own, not looking like a mothballed museum, and with an almost equal split between locals and tourists at the Farmer’s Market. 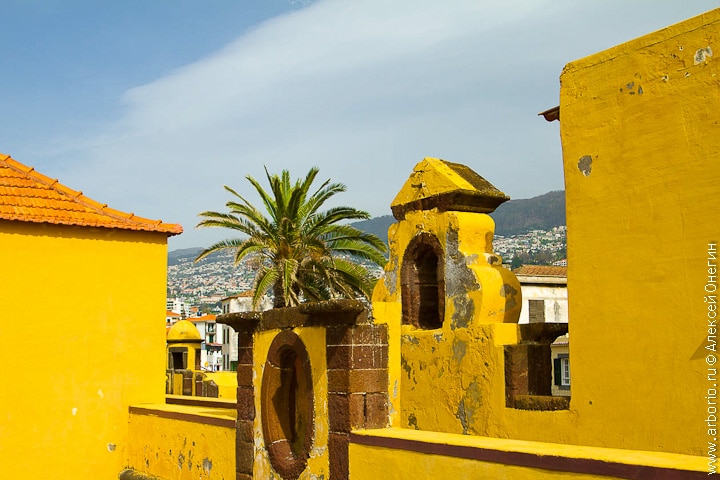 Funchal has several forts, and most of them can be wandered around

The main attraction waiting for you outside of Funchal is walking in the levadas, and an excursion into the geography of the island is needed to explain what these are. The high mountains actually divide Madeira in two, becoming a barrier to clouds moving from north to south. On the one hand, this makes the southern half of the island more suitable for both farming and living. On the other hand, it suffers markedly from a lack of water, without which any meaningful progress in farming (and living) is hardly possible. 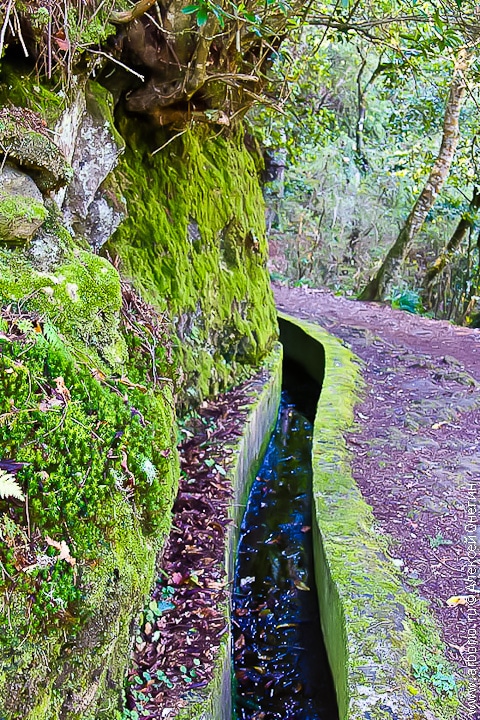 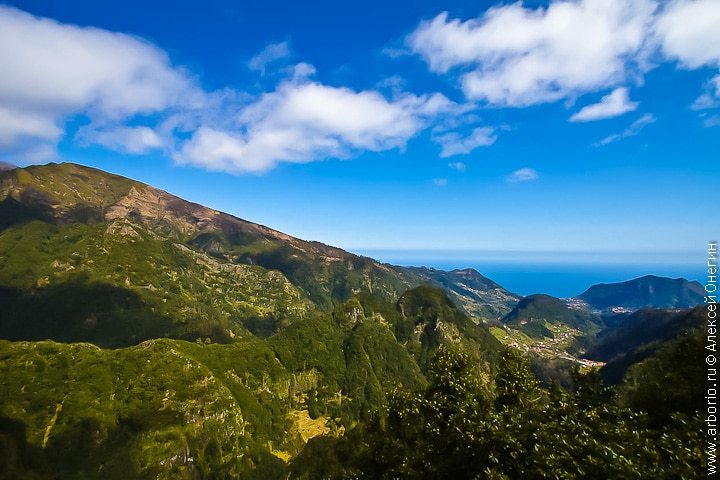 The Portuguese settlers built levadas, small ditches used to transfer water from the north to the south, were a clever solution to the situation. Most of the levadas are still in operation today, and the trails along them have become convenient hiking trails on which to admire the mountains, lakes, and waterfalls. It’s beautiful, but it’s tiring and appetizing – but luckily there’s nothing wrong with that in Madeira either. 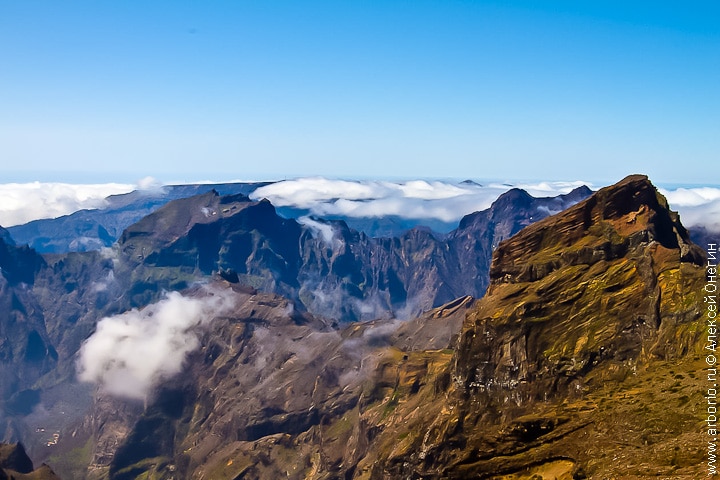 Being above the clouds is a very special feeling

As on any island, Madeira has no shortage of fish and seafood. Tuna, dorado, wolffish, parrotfish are available in almost every restaurant that offers the gifts of the Atlantic, although oysters are not so widely represented – they do not exist off the coast of Madeira, you have to bring them from Portugal. One of the local specialties, the espada, a fish found in very deep waters off Madeira and caught on the hook, gains its name from its long, narrow body, which does indeed resemble a sabre. Two other worthy representatives of the local sea fauna are the lapas, which are grilled and sprinkled with lemon, and the cavaco, a flatheaded lobster, ugly-looking but harmless. Especially on a plate. 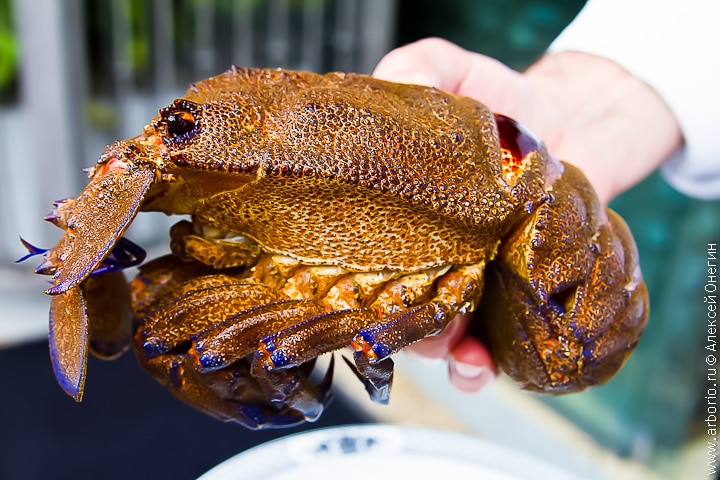 READ
Where to spend the summer vacation? Rest in Russia and foreign countries

However, do not think that the Madeirans are indifferent to meat: it is no coincidence that another of the local dishes is the espetada, a kind of beef kebab, a very simple and very tasty dish – if you take the right meat, of course. It is said that the best espetada in Madeira can be tasted in the fishing village of Camara de Lobos. 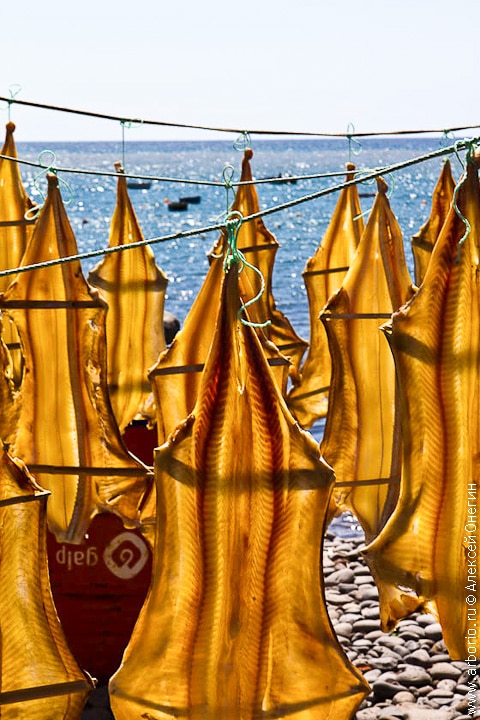 Fish drying in the sun 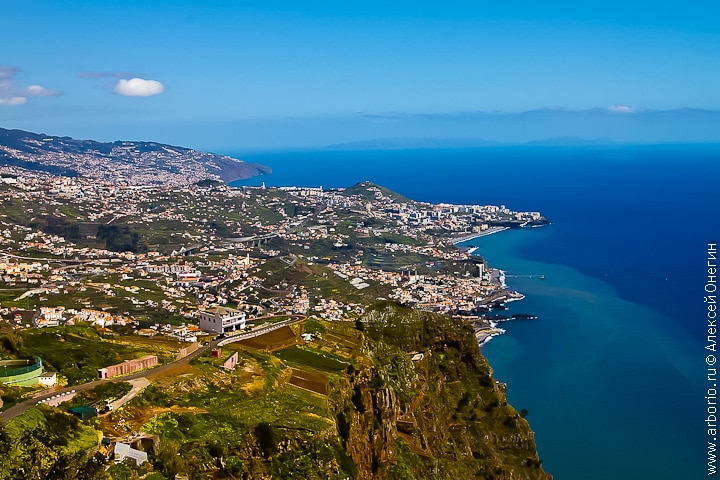 A story about Madeira would not be complete without mentioning madera. The hot Madeira sun, with its barrels exposed to the sun, helps make this wine, resulting in a darker, amber color and a very special, caramel flavour. Of course, nowadays there is more calculation and less romance in the process, but it doesn’t make the wine any worse. Depending on the sugar content, madera can be drunk either before a meal, as an aperitif, or with desserts. In this case, it is often accompanied by a bolo de mel cake, which is prepared with the addition of molasses. 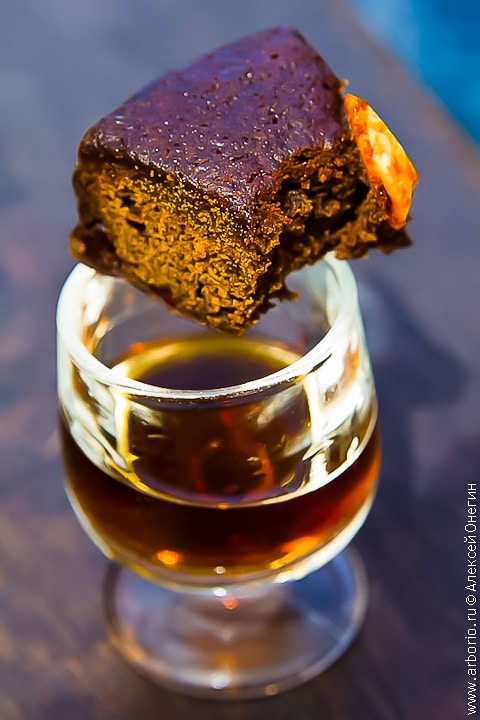 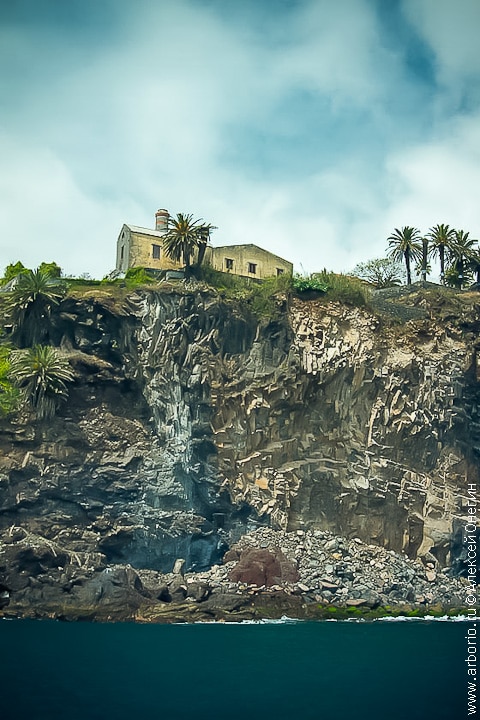 On the cliff – the building of an old winery

I didn’t have time to tell you about the variety of local fruits and bolo do caco, the cable car and trout farms, Christopher Columbus and Cristiano Ronaldo, the beaches of Porto Santo and the streets of Machico. Madeira is a blessed island, and there are so many new experiences here that you could write a book about them. But it is better to go for them and discover Madeira for yourself. 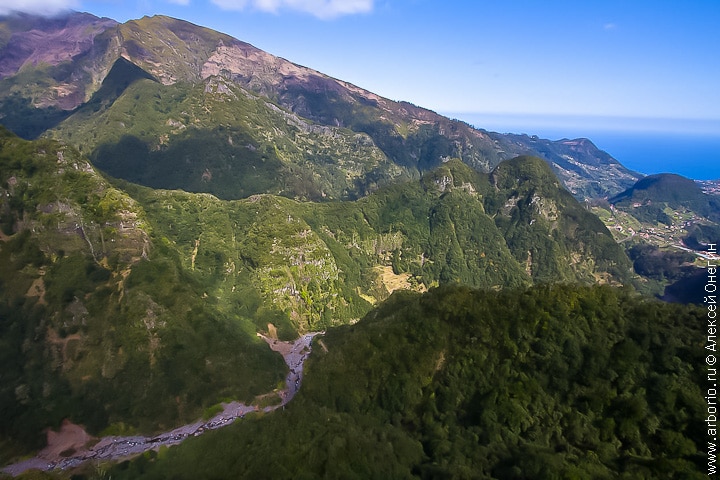 …And another view of the mountains. 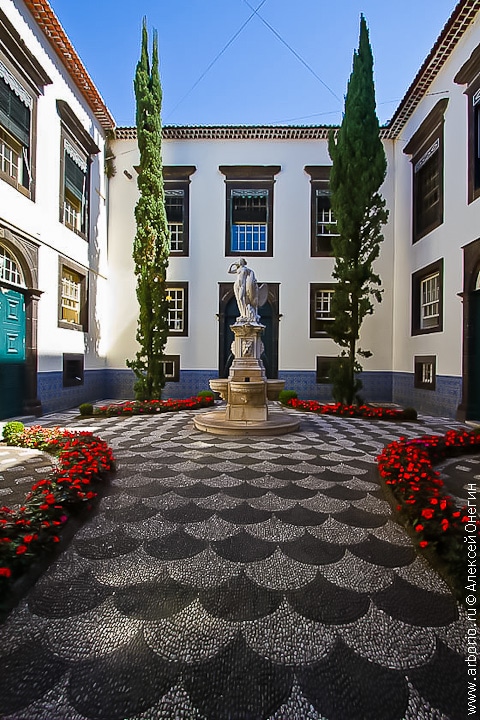 Lapas – or “saucer” as the name of these shellfish translates – live in abundance around Madeira and are sold at bargain prices in markets and stores. A crinkling pan of tender lapas served right on the shell halves is the perfect start to any meal.