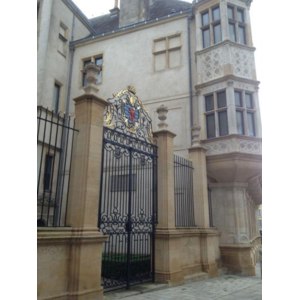 Luxembourg: a tiny state, which conceals not a few interesting places and sights! What you can see in one day.

The tiny but independent state of Luxembourg always attracts the attention of tourists, because it is interesting to look at, see what is so special there, it is even called the “Grand Duchy”. Having visited Luxembourg I understood that one day is enough to see the main sights of the country, but if you want to go sightseeing, go somewhere in the suburbs, you need to plan a longer time to visit. 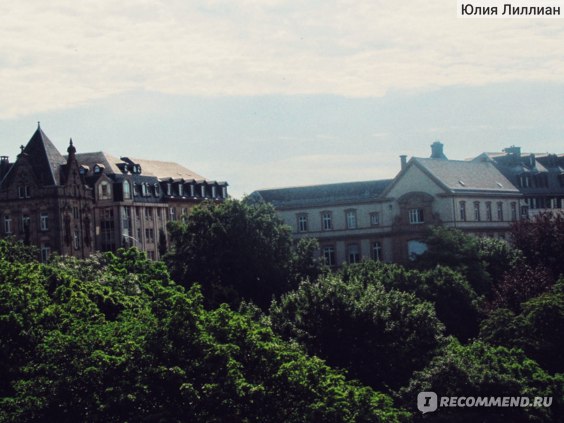 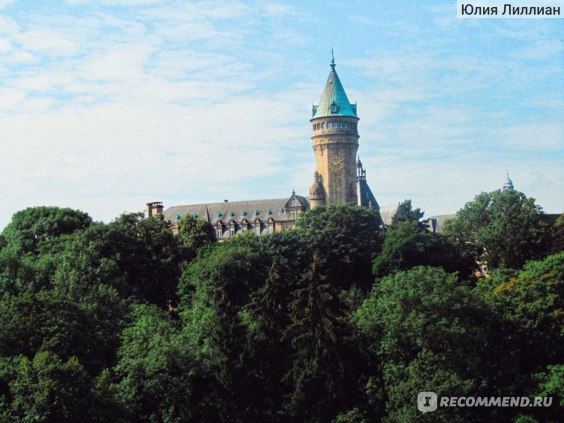 So, returning from a trip to France, I found myself in this small state. Of course, first of all I went to see the national symbol of the country, a place that is depicted on almost all posters, pictures, magnets – the bridge of Adolphe . The bridge really looks impressive: a very graceful stone construction, stretching across the Petrus River and connecting the Upper and Lower Towns. This place is like something out of old movies, it’s impossible not to admire and memorize it! 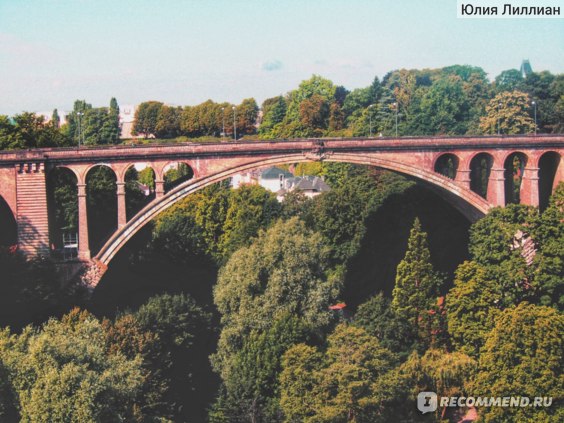 Not far from the bridge of Adolf is another very picturesque place, which is better to look at from a height – Kazematy Bok . Generally, these tunnels, which appeared in the 17th century and are under UNESCO protection. Once there was a fortress above them. I, unfortunately, did not have the opportunity to get inside, I could only visit indirectly, but I can say that this is a unique place. These mysterious passages and exits, passages inside the rock – something extraordinary for the average person! During World War II, these tunnels served as a shelter for civilians from enemy raids. 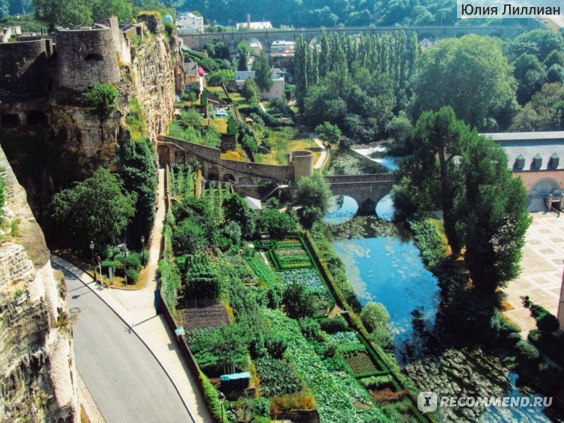 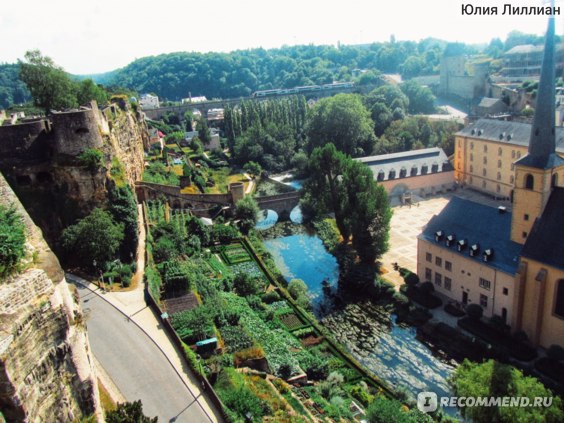 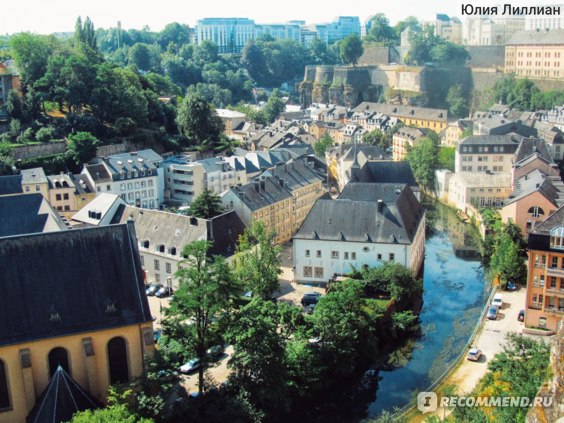 There are many sculptures and monuments in the center of Luxembourg. One of them has a very deep meaning. A granite obelisk built in memory of Luxembourg’s fallen inhabitants after World War I. 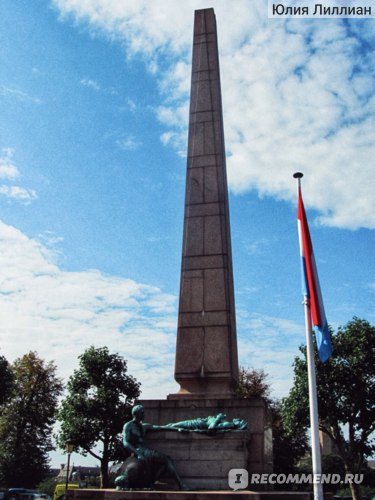 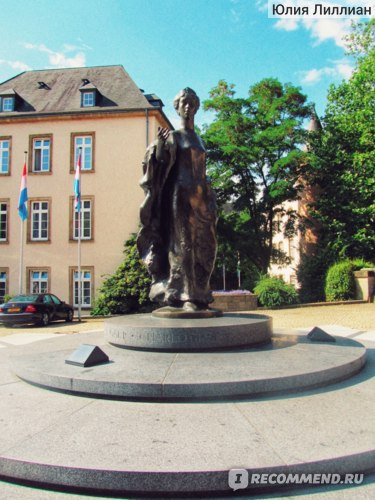 Running through the city, I saw the Cathedral of Our Lady of Luxembourg in the traditional Gothic style for Europe. Inside is a miraculous image of Our Lady with Jesus in her arms, as well as some incredibly beautiful stained-glass windows! 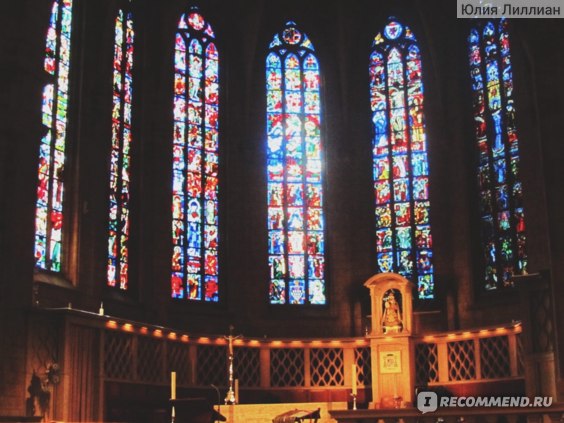 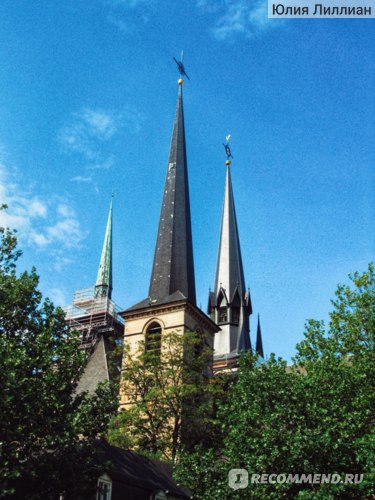 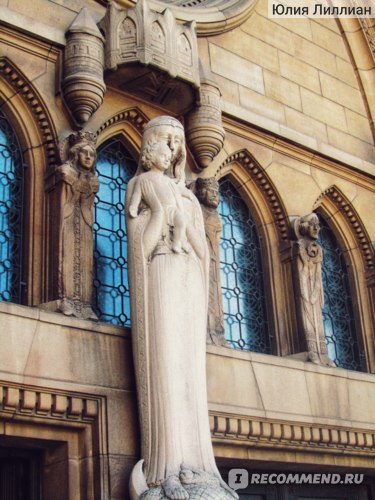 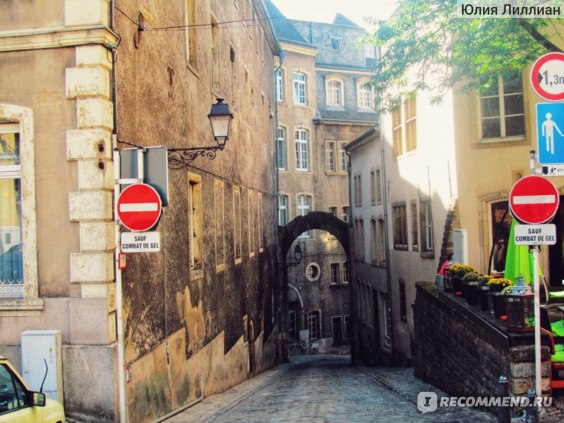 Walking around Luxembourg, you feel very comfortable and cozy. There is a lot of greenery, flowers, interesting buildings and decorations. Perhaps because it’s a small country. People here do not know what the rush and frantic pace of life – everyone lives a relaxed, enjoyable life! It’s nice to be here, sit in a cafe and smile at the people around you.

READ
The 8 best places for day trips from Cancun, Mexico 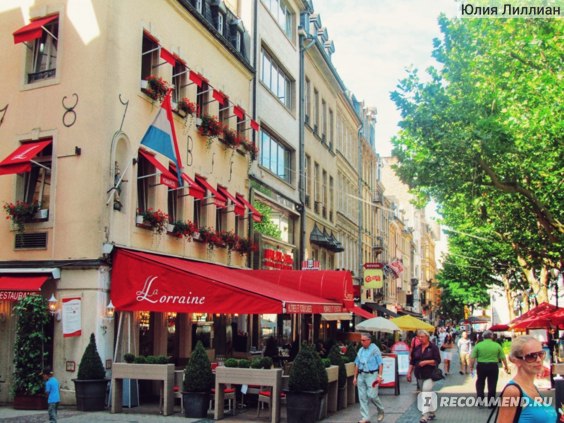 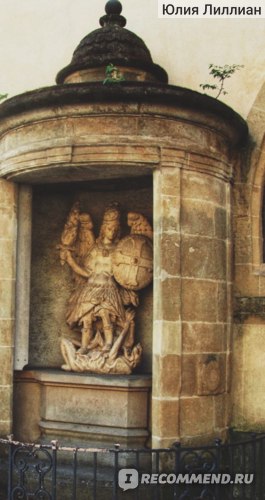 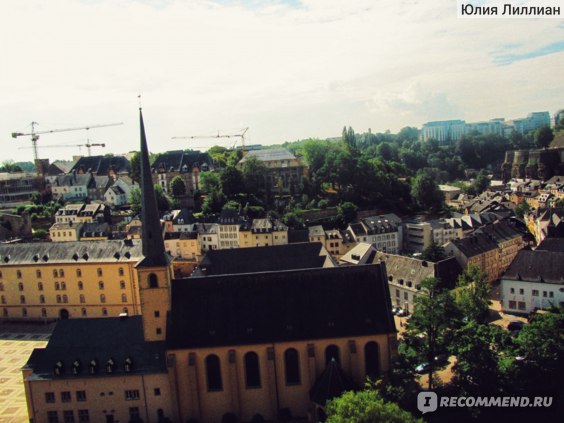 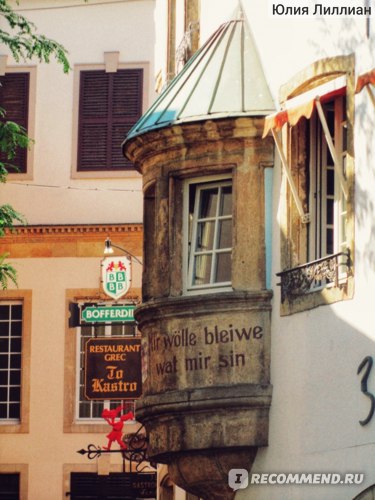 In the center of the city there is also the Palace of the Grand Dukes, which serves as the residence of the monks. During its history since the 16th century, the palace has had several owners, all of whom have contributed to the interior decoration. However, the Second World War and the Germans also contributed by turning the palace into something like a tavern, of course, having previously stolen the antiques and other valuables! 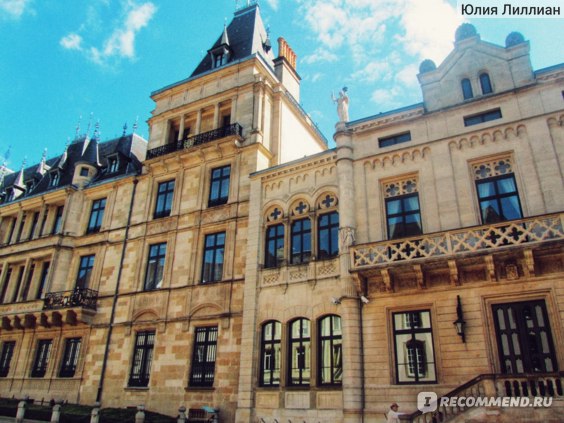 Opposite the Palace of the Grand Dukes there is a very interesting pole, on top of which is a face! And what is interesting about this pole is that whichever side you approach, do not look into the eyes of the face, it will always be looking at you! This is such an unusual effect that all tourists rush to see for themselves! And every time, it justifies itself 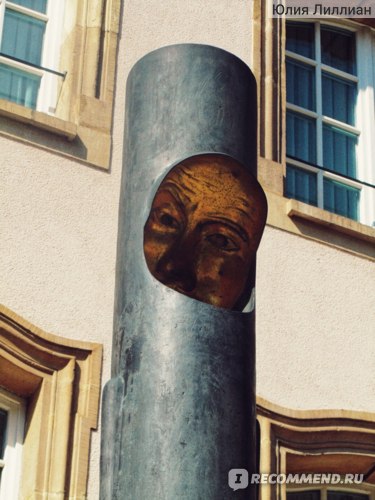 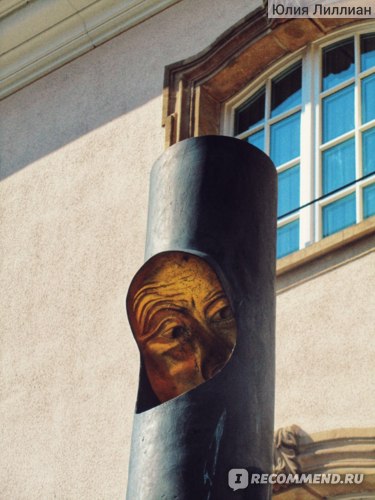 Luxembourg is rich in all kinds of castles and fortresses that are outside the city center ( and country ). These include the magnificent Mamer Castle, the Three Acorns Fortress, and the Beaufort Castle. There are also beautiful natural landscapes, national parks, for example, the Luxembourg Switzerland . The best way to travel in Luxembourg is by car! So you can use your time more advantageously and see more places and places of interest! I visited Luxembourg as part of a general tour, so my “sightseeing” was very cursory. But even in such a short time I managed to get acquainted with Luxembourg, to see its beauties, to be impressed and even to fall in love! I bought a scarf as a memento of my trip and every time I put it on, I remember this summer trip with pleasure!

Luxembourg, at the crossroads of important routes, between the Mosel and the Maas rivers, has always been an important economic and strategic area. Despite the many changes in its political status, Luxembourg has maintained its identity and its independence. Today it is a major center of international financial activity, second only to London in Europe for the number of banks (220). Agriculture occupies a secondary place in the economy, cattle breeding predominates, viticulture and winemaking are developed. An important role in national economy belongs to tourism.

Save on travel to Luxembourg!

The flag of Luxembourg, a rectangular cloth with an aspect ratio of 3:5, consisting of three equal horizontal stripes: the upper red, middle white and lower light blue, first appeared in 1845. The flag was officially approved by a law of June 23, 1972. The ebony lion in a silver field on the country’s coat of arms is an old symbol of the Counts of Limburg. The bifurcated tail of the lion appeared under Waleran III (1175-1226), who married Hermesinde, daughter of the Count of Luxembourg Henry the Dark. It symbolized the two counties that Valeran owned. Valeran’s son, Henry V Blond, who owned only Luxembourg, added blue stripes to the shield. Already in the 19th century the coat of arms had a frame: shield-holding lions on the background of the mantle.

The current coat of arms was officially adopted in 1972.

Luxembourg is all about cultural and national independence under the slogan “We want to stay as we are” (Lusk. Mir wulle bleiwe wat mir sin). These words are carved on the pediment of the capital’s town hall. Luxembourg has 502,000 inhabitants, 88,000 of whom live in and around the capital. Native Luxembourgers make up three-quarters of the population, the rest being Germans, Belgians, Italians, and the French. France and Germany have had the most noticeable influence on the local culture.

Luxembourg has three official languages – German, French and Luxembourgish. French is mostly spoken in government offices, German is the language of the business community and the press, but in everyday life most locals use the Luxembourg language, Lutzebuergesch [lieutzebuergesch], which was given national status in 1982. It is a Moselle-Frankish West German cultural dialect.

Unlike Belgium, in Luxembourg all three languages coexist harmoniously. Before World War II, French and German were used in parliament; after the war, the German language was replaced by Luxembourgish. The first years of secondary school use Luxembourgish, followed by German and the last years French.

The historic area of Luxembourg exceeded the modern borders of the Grand Duchy, and it also included the province of Belgium of the same name and small areas of neighboring countries. The country is now a “triangle” (2,586 km²) in the center of Western Europe, bordering France, Belgium and Germany.

Most of the territory is at an altitude of 300 to 500 m above sea level. The northern part of the country, the Oesling, lies on the spurs of the Ardennes and the Rhine Shale Mountains. The relief of the Oesling looks like a mosaic: wooded interfluves, undulating foothills, river valleys. To the south, the mountains drop off sharply, forming a heavily rugged terrain in the central part of the country. The southernmost part of Luxembourg, Gutland, is a low hilly plain, gradually descending from west to east to the wine valley of the Mosel.

The climate of Luxembourg is temperate, transitional from maritime to continental. Winter is mild, the average temperature is from 0 to 2 ° C in January, July -17 ° C. Rainfall is quite high – 700-850 mm a year.

Rivers belong mainly to the basin of the Moselle River. Forests, mostly beech and oak, occupy more than a third of the country. Not without reason Luxembourg in the late XVIII – early XIX centuries was part of France under the name of “Forest Department” (Forkt) .

READ
Naxos, Greece. Where is it and what to see?

With Luxembourg Card you can visit many attractions in the country and use public transport. The price depends on the validity period of the card, there are also family cards (for a family of two to five people) . The Stater Museekart allows you to visit the main attractions of the capital free of charge for 2 days, such as: the Museum of the History of Luxembourg, the National Museum of History and Art, the Casino Luxembourg and the Casematy Bock.

Changing of the guard

Traditionally, the throne of the Grand Duchy is passed on to the eldest man in the family, or if none is available, to the eldest daughter. The ducal family is very popular with the people. It symbolizes the stability and prosperity of the country.

In 1964 the grand duke Jean succeeded to the throne after 45 years of rule by his mother, the grand duchess Charlotte, and was at the helm until 2000, when he abdicated in favor of his eldest son Henri. Henri is married to a Cuban woman, Maria Teresa, and they have four sons and a daughter.

At the center of Europe.

However, the most striking event in the history of Luxembourg after World War II was the signing of the pan-European agreement (1985) near the village of Schengen. From the name of this village and comes the name of the visa to almost all European countries.