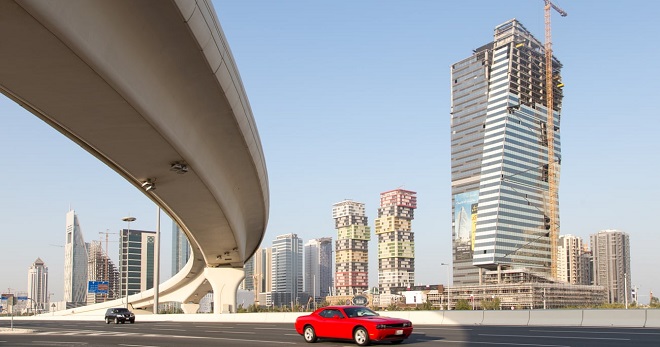 On the sands of the Qatari coastline rises the tall glass, steel and concrete forms of Lusail, a city built almost entirely from scratch. Pharaonic in scale and ambition, the megalopolis under construction is the vision of the country’s former emir, Sheikh Hamad bin Khalifa Al Thani, born partly out of a desire to distance the Qatari economy from its oil dependence and partly to impress the world with its Arab scale at the FIFA World Cup in 2022.

The City of the Future

The first ideas to create a city on the site of the seaside village of Jabal Lusail emerged in 2005. It was supposed to be an amazing place, environmentally friendly, comfortable, modern, providing decent living conditions for future generations. But the real development of these ideas received when the country was announced the host of Mundial-2022. In 2010, large-scale construction work began near Doha, and the construction of a new city began. It got its unique name “Lusail” from a rare flower that grows in Qatar. Currently, most of the city is ready, some houses are inhabited, some offices work, restaurants are open, and the capital residents come here in the evenings to stroll along the waterfront. It is expected that when fully completed, Lusaila will be home to 250,000 people. In the future that potential will be increased to 450 thousand. 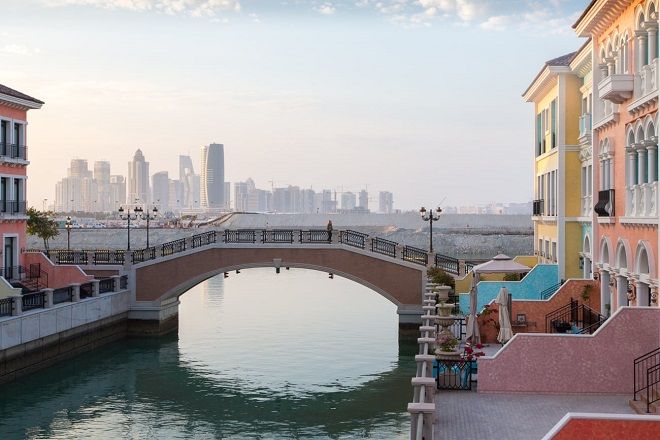 Although Lusail is considered an independent urban center, in fact it is an extension of the Qatari capital Doha and is only 15 km north of it. Part of the city is located on four islands Ketayfan, the other part occupies the coastal area of the peninsula. The total area is 38 sq. km.

Lusail – a city in the desert

The region has a hot desert climate, with sweltering hot long summers (about +38 ° C) and short, warm winters (not below +10 ° C). Until 10 years ago, the capital’s young people came to these places in the evenings to drive off-road, as a result of which the area was heavily polluted. But in the process of construction the area was cleaned up, so now it’s one of the cleanest places in Qatar.

The salinity level of the local groundwater is the highest on the eastern side of the peninsula, and because of this, only salt- and drought-tolerant plants – only 25 species – grow here. No animals have been recorded in the region, except for a few species of snakes and lizards. Nevertheless, Lusail is considered an eco-city because the innovative cooling system built here saves up to 35% of energy and, among other things, serves a mass of green spaces, uncharacteristic of the region and occupying about 30% of the entire area. 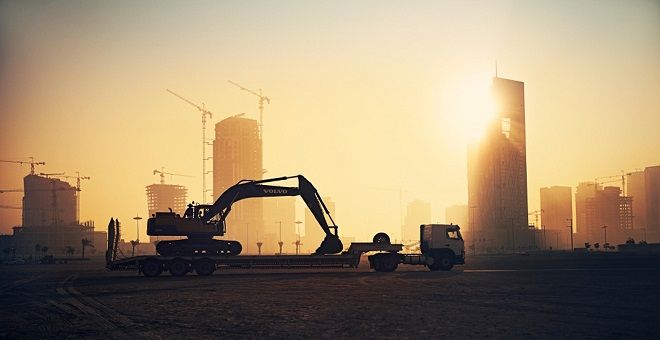 The sights of Lusail

The city is still under construction, and the plan is not just housing estates and shopping centers, but a host of attractions for Qataris and their guests who will come for the 2022 World Cup. At the moment, there are already attractions to visit:

READ
10 things to do in Cologne, Germany

Very soon the entire city will be filled with hotels ready to welcome soccer fans. Even now several hotels offer comfortable rooms and a wide range of services from chic restaurants to spa centers. Qatar plans to accommodate guests in four-story floating hotels on the coast of the North Island of Ketayfan. About 30 hotels will be built in the city (the prices in them are already very high – from $ 150, and by the World Cup-2022 it is expected that they will go through the sky):

Since the city is already partially populated, some restaurants have started operating here, but most of them are still under construction. It will certainly be possible to eat at fast-food chains, but the swankiest restaurants will be open closer to the championship. Already open establishments:

From Doha to Lusail is now easily accessible by metro, its red line runs through the city with the new “Lusail” station and ends in Al Wakra. By car, the journey will take no more than 10 minutes along the Al Khor coastal highway. The railroad is currently under construction and will connect to the metro via Lusail Main Station and the Lusail Marina station.

The city of Lusail is an Arab ecological jewel.

Lusail is the first eco-city under construction in Qatar and the largest construction ever to take place in the country. The cost of the project is about 45 billion U.S. dollars. The city of Lusail, whose construction began in 2006, is part of the Qatar 2030 project. When completed, which is expected to be completed by 2019, Lusail will have a population of 450,000, including 200,000 permanent residents, 170,000 employees and more than 80,000 visitors to the city. 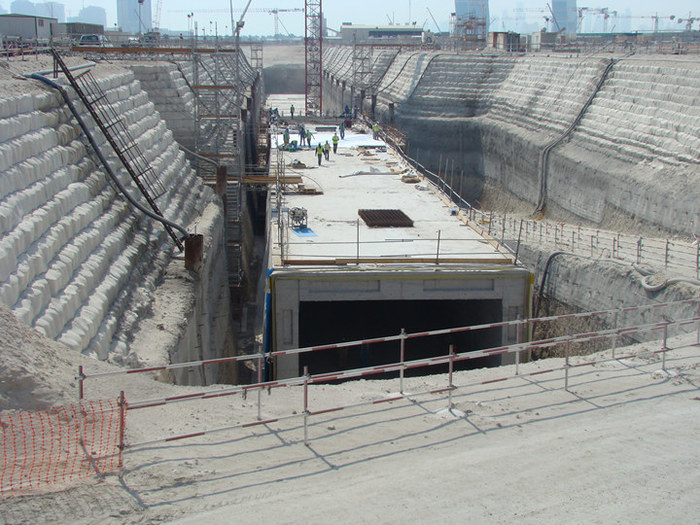 Lusail is one of the largest commercial projects in the Middle East. This coastal city, located 22 km north of Doha, will occupy an area of 38 km, including a promenade of more than 28 km. The city’s project will provide facilities for work, recreation and entertainment – everything that is necessary to ensure a comfortable life. Lusail will include 19 entertainment, commercial and residential areas, four islands, a bay with two piers, 25 thousand residential buildings, skyscrapers and low-rise buildings. In addition, there will be a business district that will occupy several 20-story mixed-use buildings. 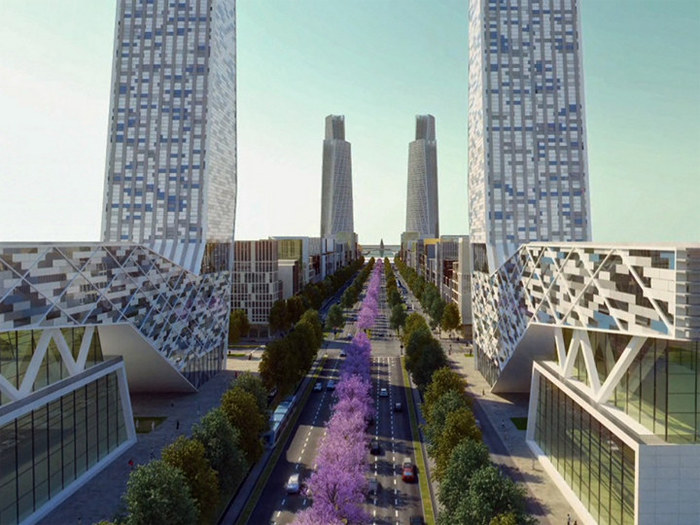 Qatar was chosen to host the 2022 FIFA World Cup, after which it was decided to build the Lusail Iconic Stadium with a capacity of more than 80,000 people.

“Smart City” will use the latest technology to create a clean environment. The operational control center will control all systems and activities of the city. And the unified command center will ensure the safety of residents and guests of the city through round-the-clock surveillance. Residents and guests of the city will be available: light rail transit (LRT), water cab system and a network of bicycle and pedestrian paths. A system of light rail will be built to connect the city of Doha, as well as with other countries of the Persian Gulf. The planned transport network will consist of 36 stations and four main streetcar lines, located both above and below ground, with a total length of 30.5 kilometers. Also planned for the future is the construction of a network of railroads connected to the Doha Metropolitan and the Al Khor Highway interchange.

The city’s tracks are designed to give drivers access to the Al Khor Highway and Doha International Airport. Bicycle and pedestrian routes will intersect with light rail stations, parking lots and railway interchanges. All of the city’s waste will be transported to recycling sites through a vacuum network. Sewage water will flow through underground pipes to the treatment plants located outside the city, and after treatment will be used to water the green areas.

The construction of the whole city is divided into 12 stages. The main projects within the construction of the city of Lusail are the Al Khor highway, the expressway, the light rail interchanges, the Al-Sidra Golf residential complex, the entertainment district, the Lusail Iconic Stadium, the “Qetaifan Island” residential complex, and the medical and educational districts.

I had heard something similar about super-duper cities in Saudi Arabia and South Korea. But it all blew over.

This particular car will be the subject of a restoration in upcoming issues.

Good luck and enjoy watching it! It was so hot when I arrived, now it’s nice here, I wear shorts and a T-shirt, it’s not hot, the month is December. I got to my apartment and the room was empty with nothing but a closet and a bed, I had to steal a sofa from the front door and put a blanket over it to make it cosier. For I do not want to buy furniture, knowing that it will remain here.

I have a day off once a week and although I work 6-8 hours a day, one day off seems to be not enough, I want more time to be alone, not to see or hear anybody, it is not easy to be an introvert. But the schedule is still very cool, I can sleep every day, I fall asleep at 2-3 in the morning, and wake up at 11 or 12. And I start at 4 or 6 in the evening. So I have no reason to complain.

Very lucky that the Nobu recruited mostly Europeans, most of the team from the CIS, Serbs, Moldova, Albania, Ukraine, Russia, Kazakhstan, Kyrgyzstan, etc.. In the hotel that owns Nobu, the Four Seasons, there are a lot of Filipinos. In Nobu there are less, thank God, and half of them are good guys and girls. By the way there is a theme that Nobu until the end of winter is looking for new staff, but the HR Department recruits people only through their own, that is, offers staff to invite their friends and relatives. Do not even require experience, require only English. So if Picabushnikov want, I may be able to help.

Recently, I learned that the bartenders can freely buy any alcohol, but the prices of alcotah such that I’m easier to comply with the dry law. By the way, no one here gives a shit about Sharia law, girls go to the restaurant dressed as porn stars, recently one girl came to the restaurant wearing a skirt and a white jacket, she was wearing nothing but the jacket and the unbuttoned jacket and then distracted those around her with the sight of expensive implants. And so you think, well, where is this law that prohibits something there, bullshit. alcoholics and golddiggers around. It’s like the TV show Prodigal California.

Morale, it’s strange, but here I often feel better than at home, there is more positive, at home I was much more often in a state of sadness, and yet for some reason I miss my native land. And meanwhile I sit and think what else would come up with his room, paintings to hang, carpets to settle, I don’t know, something in the room is missing, reminds me of housing from the movie 2049 Blade Runner, it’s empty. Although after I stole the couch with a neighbor, it got cozier. But how to hang a picture, no nails and a hammer. And although instead of a hammer, you can use anything, but the nails, must be somewhere to find. Since the picture I have already noticed where to hang.

The thing is, we have 40 houses with 2 floors each and all the Four Seasons staff living here.

The other guys went further, and stole everything from the front room that is bad nailed, plasma, chairs, tables. well, I’m a couch. I could use a table, too.

It really saddened me recently that you can’t even tell your friends what goes on in the hotel, you can get fired for that. For example come all sorts of famous footballers, actors, singers, presidents, ministers, and others, sometimes you can even take a picture with them, but to show anyone and do not tell, it’s kind of annoying. Recently one actor from Harry Potter came by, the guys even took photos with him, but you can’t post them on insta or anywhere else.

Sure it’s nice here in winter, but spring, summer, fall, hell, heat, I don’t know, it’s probably just the heat that makes people quit and I don’t know if I can take the Summer.