Tate Modern is a contemporary art gallery known not only in the territory of England, but also throughout Europe. The original architectural structure owes its past – there used to be a power station here.

Unusual installations of a giant spider and a sun made of metal, exhibitions of modern authors in the spirit of expressionism and abstractionism, pictures of eroticism and other masterpieces cover the five floors of the museum. The exhibits, which amaze tourists, are available for free on any day. For convenience, you can use the Tate online portal, which highlights all the release dates and dates of new exhibitions. 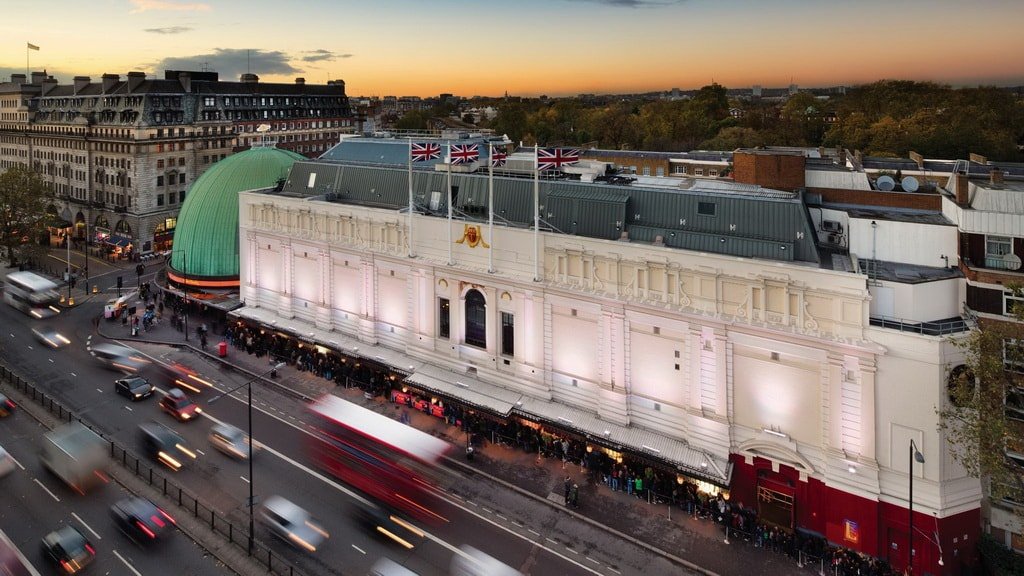 The museum has more than a thousand exhibits, and some of them can move, talk and blush with embarrassment. Here you can also visit the horror room and take a cab ride “through time.” 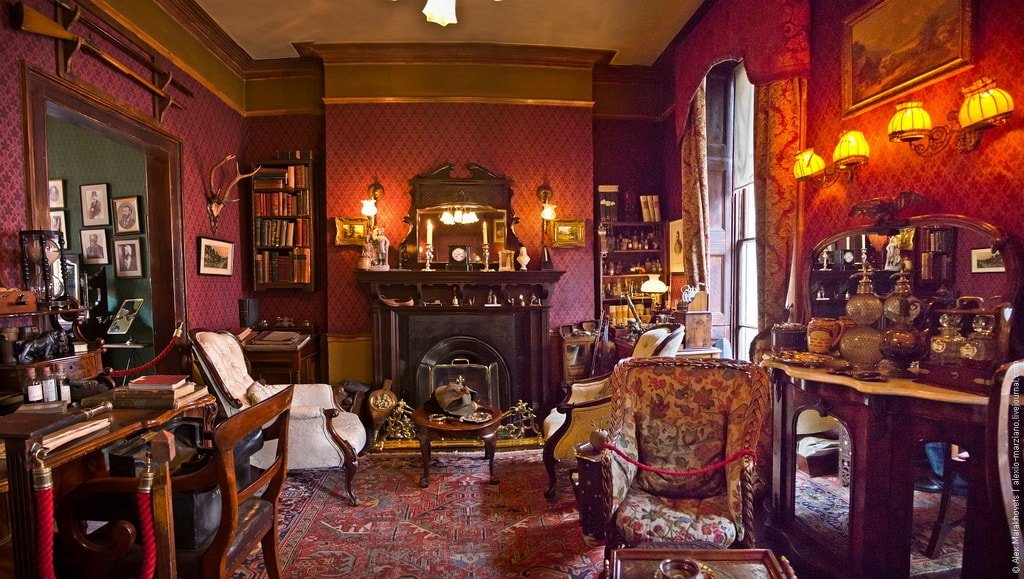 The Sherlock Holmes Museum is another home museum of everyone’s famous detective that is a must visit. It was here, on Baker Street, that Sherlock Holmes and Dr. Watson lived, according to the author’s idea. The interior, paintings, clocks, pipes and other decorations have all been recreated exactly as described in Conan Doyle’s works, and on the fourth floor there are wax figures from the writer’s novels, including the head of the dog Baskervilles. 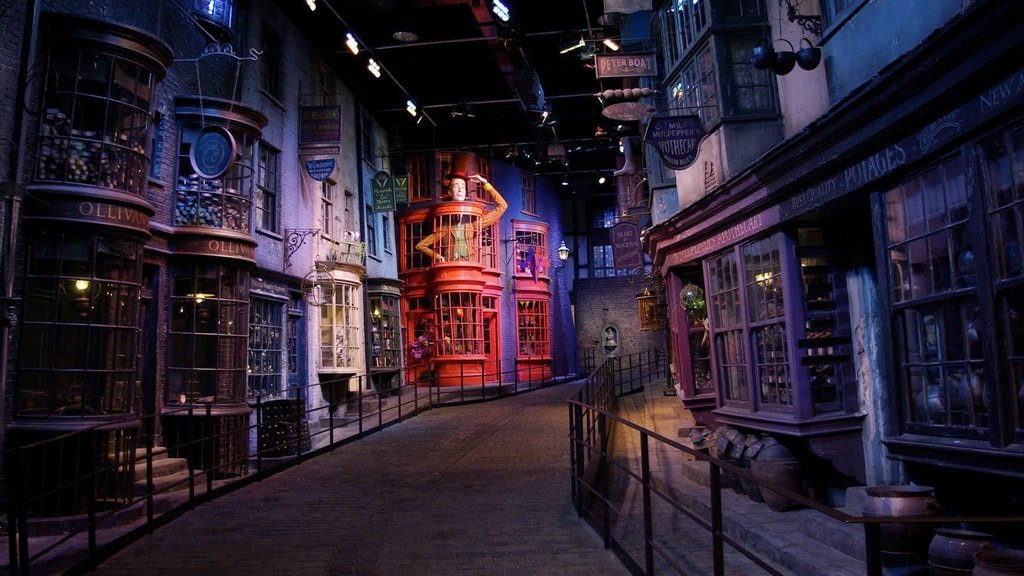 The Harry Potter Museum only opened in 2012 and has caused quite a stir among fans of the story of the little wizard. The museum consists of several halls presenting videos of how the shooting took place, the dining room where the Hogwarts school students ate, Crooked Lane, the bedrooms, Professor Dumbledore’s study and the ballroom.

There are also props that were used during the filming – costumes, wands, and models with the school’s emblem. If you want, you can even prepare a potion and visit the open-air chessmen’s hall. 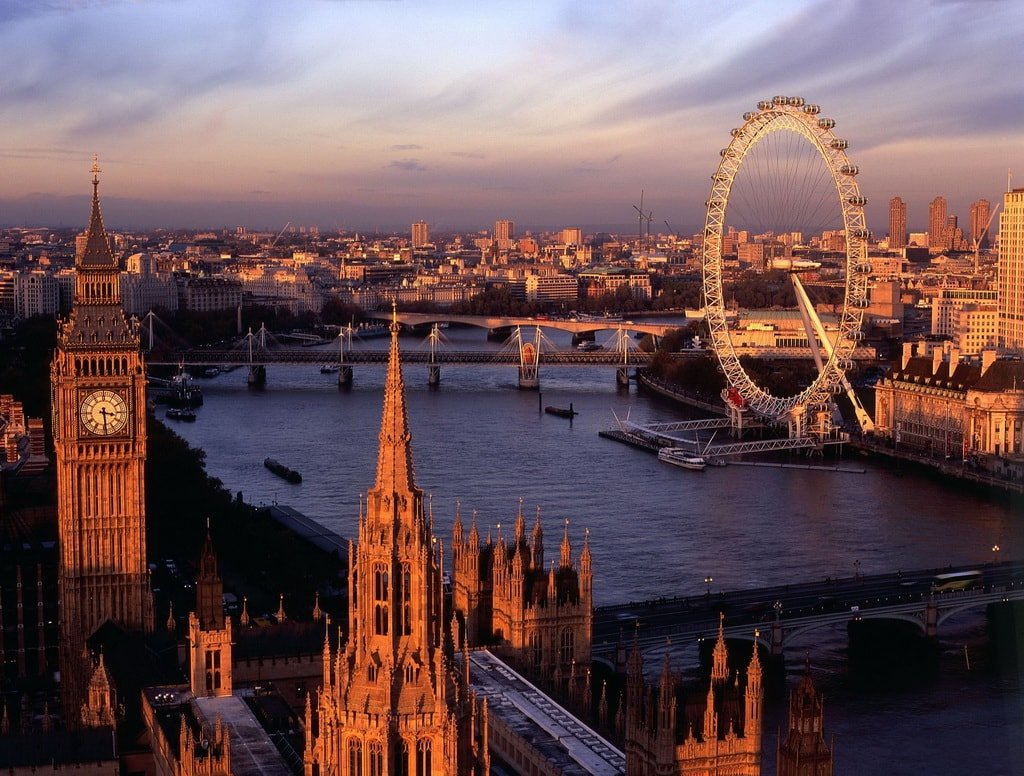 The London Eye is a ferris wheel 135 meters high. Its feature is that the cabins are made in the form of glass capsules, representing a 360 degree view. The wheel was as high as a 45-story building and was even listed in the Guinness Book of World Records until it was surpassed by a similar attraction in Singapore by 30 meters.

London Eye booths accommodate up to 25 people, but you can also use the Cupid’s booth for two, where lovers will be served champagne and strawberries. The ride lasts half an hour – long enough to see almost all of London’s landmarks from a bird’s eye view. 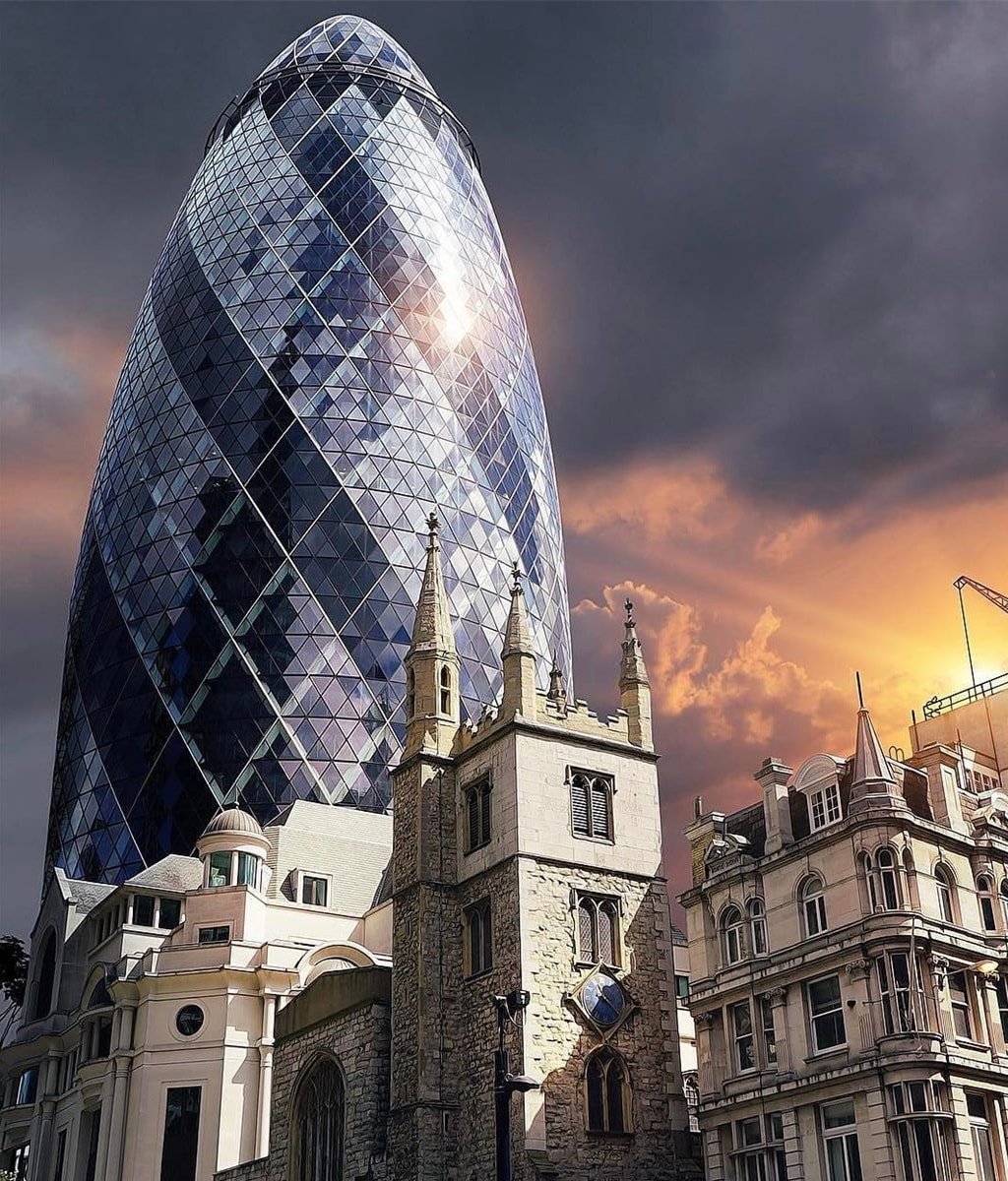 The Mary Axe skyscraper, aka Cucumber, aka Cornichon, reaches a height of 180 meters and consists of forty stories. The design of the building is not only beautiful and original, but also environmentally friendly. Architect Norman Foster built the skyscraper following the example of the marine sponge feeding process – the building, which has no corners, allows light and air to pass through, not allowing it to “escape” downwards, thereby providing ventilation. 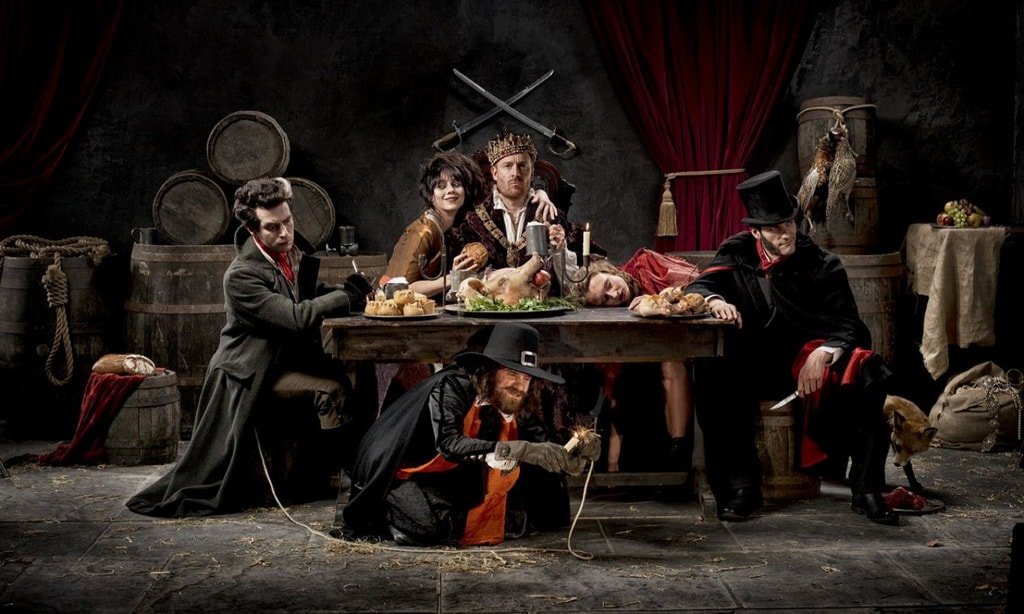 The Fear Room is located in the basement of the Tower Bridge, London’s main attraction, where criminals used to be executed, which couldn’t help but give rise to a lot of terrifying legends. You’ll see Jack the Ripper, the wandering dead, and ghosts. The attraction differs from others in that through frightening theatrical performances it tells the history of the country, dating back to the time of the Great Fire of London. 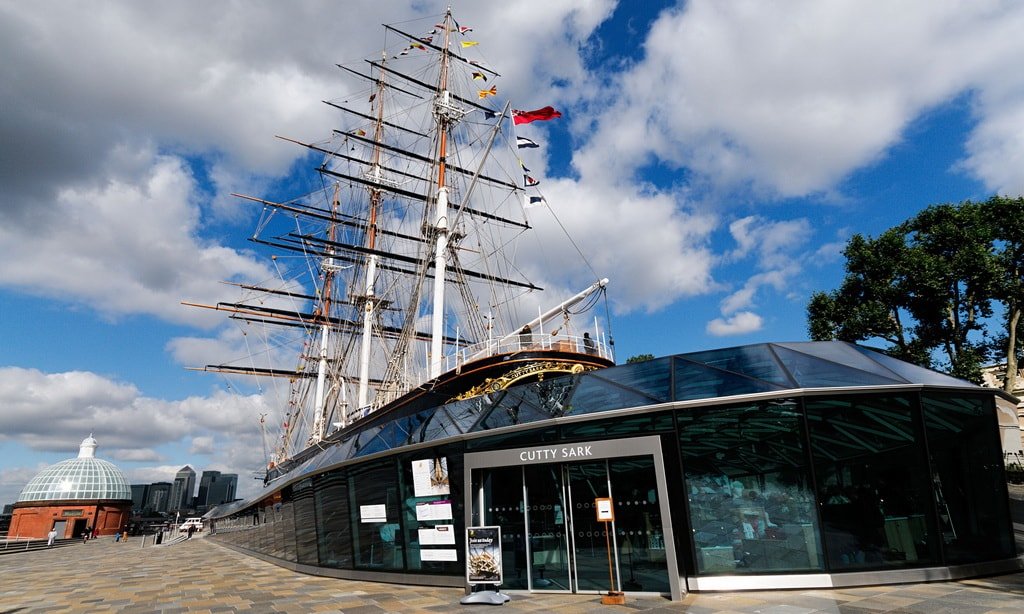 The Cutty Sark Museum is a London landmark and a symbol of England as a mighty maritime power. It is the only clipper surviving from the nineteenth century and remains the fastest of the sailing ships. She is notable for first opening sea trade routes for England with other countries, and the ship became famous for her endurance when in 1872 she had to endure eight days in the midst of the strongest storm.

Since 1954 the ship was declared a museum and was replenished with exhibits on maritime subjects. Here you can go down into the hold, take the helm, have lunch in the ship’s cafe and buy souvenirs. 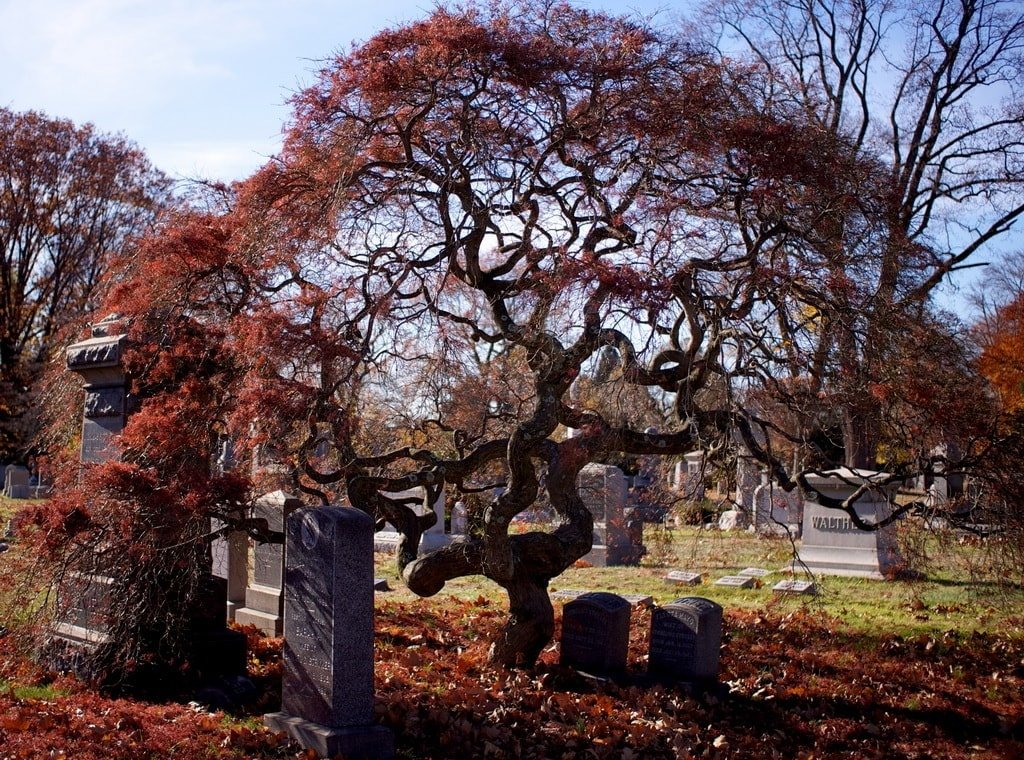 But since 1975, the company that owned it went bankrupt and the cemetery has fallen into disrepair – the graves have grown over with moss and bushes, and the treetops are intertwined and no longer let in light. The gloomy and mysterious atmosphere, the graves of Karl Marx, Michael Faraday and George Michael, the rumors of vampires and evil spirits that reside there have aroused the interest of tourists, which has made Hagate another must-see site. 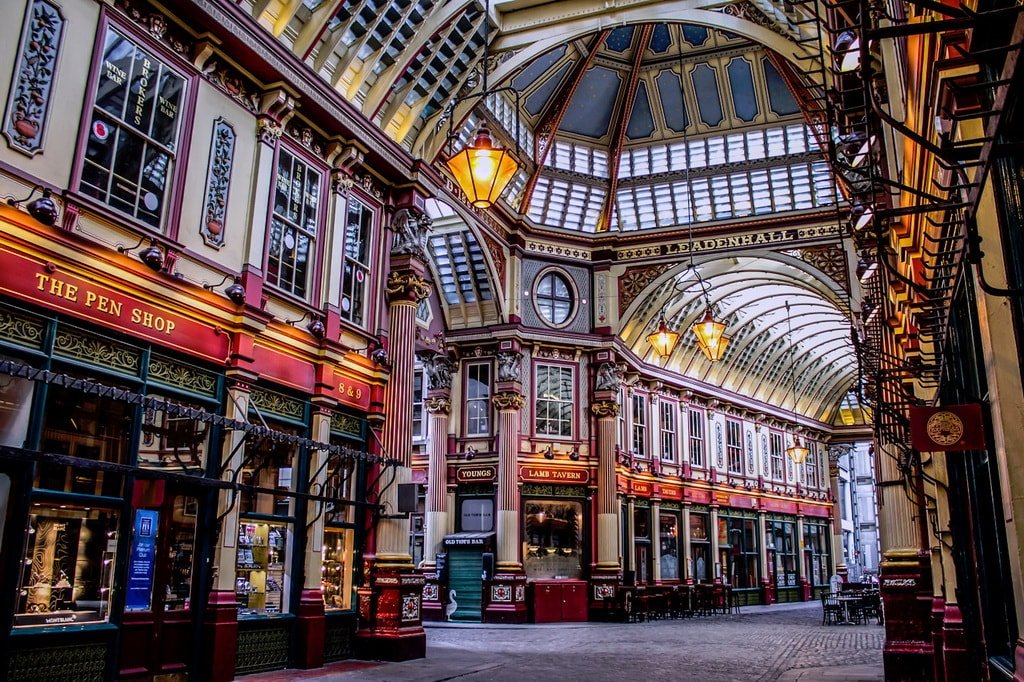 An amazing place worthy of the knowledge of a London landmark, Leadenhall Market has been operating since the middle of the fourteenth century. In 1881 it was reconstructed and now it is a strikingly beautiful covered building complex, decorated with stained glass ceilings and more like an Italian-style gallery than a market. The mall, which is famous for the quality of the products it sells, offers everything from delicacies to expensive accessories and jewelry.

What’s to see in London for the tourist who wants to experience the rich history, culture and world of entertainment of this city? Throughout its centuries-long history, Britain’s capital has survived plagues, fires, and enemy attacks, making it a destination for travelers from all over the world. 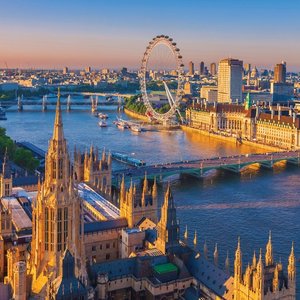 What to see in London in 1 day

A must-see tour of the capital of England includes historical sites and architectural monuments that make up the cultural heritage and wealth of the British Crown. Tower Bridge, Buckingham Palace, Big Ben are the main sights that must be visited by visitors to the United Kingdom.

The 96-meter clock tower is a recognizable object in London. Erected in the mid-19th century by architect O. Puigin, since 2012 it officially bears the name of the reigning Queen Elizabeth. The former name “Big Ben” the tower received in honor of the contractor Benjamin Hall.

How to get there: Metro station Westminster. Take ferry RB1, RB1X to Westminster Pier station. Buses 148 and 211 go to the Westminster stop.

Mode of operation: There are no guided tours during the restoration work.

The Palace spreads along the banks of the Thames in the central part of the city. Since the 11th and 15th centuries it was home to crowned heads; since the 15th century the House of Lords has met here. Since its foundation the facade of the Palace of Westminster has been repeatedly updated. The present appearance of the Houses of Parliament gained in the XIX century after a major reconstruction.

How to get there: Metro station Westminster. Take ferry RB1, RB1X to Westminster Pier station. Buses 148 and 211 go to the Westminster stop.

It’s hard to imagine the sights of the London Borough of Westminster without the Abbey of the same name. The grandiose Gothic-style structure was erected between the 11th and 15th centuries. In the first half of the 18th century, the west towers appeared. The church is famous as the coronation and burial place of all monarchs of Britain.

The historic landmark was built in the 17th century by the Earl of Nottingham. Later, the reigning monarch William of Orange bought the estate, making it his summer residence. From 1981 to 1997 Princess Diana was mistress of Kensington Palace, the royal residence celebrated by her contemporaries.

Famous place in central London where the “kilometer zero” begins. Holidays, festivals and folk festivals are held on the square. It was built in 1820 in honor of Lord Nelson’s victory over Napoleon’s army at Cape Trafalgar. In the center of the square is a memorial column with the figure of Nelson crowning it.

A popular tourist attraction, the wheel is 136 meters tall and corresponds to a 45-story high-rise. The attraction is installed in the historic part of the city on the banks of the Thames. Each of the 32 cabins is identified with a particular area of the city. A full turn of the wheel makes half an hour. From the top of the ride you have a picturesque view of the historic and modern part of the British capital.

How to get there: Waterloo tube station. Bus services to Waterloo Station are 211, 77 and 318.

Opening hours: 10am – 6pm daily, on public holidays the hours are shortened or closed.

Since Queen Victoria’s coronation, Buckingham Palace has served as the residence of the monarch’s family. The main attraction of the country belongs to the British nation. The residence building has eight hundred rooms. In the palace complex’s properties there are: a post office, a hospital, a police station, and a restaurant designed for royalty.

The temple, built in the 17th century, is one of the most recognizable and memorable places in London. The Anglican Cathedral in the Baroque style is dedicated to St. Paul. H. Nelson, W. Churchill, the Duke of Wellington, and A. Fleming are buried within its walls.

900-year-old fortress is famous for royal prisoners, who were waiting inside its walls to decide their fate. The main attraction is built on the north bank of the Thames. Today the Tower of London is the main treasury of British royalty.

One of London’s must-see landmarks is the Tower Bridge. Construction lasted eight years. The construction of two towers holds the suspension bridge, on top it is connected by two pedestrian galleries from which there is a picturesque view of the river.

The Neo-Gothic railway hub was designed by architect W. Henry. The brick building of the station is combined with the Renaissance Hotel. Trains to Europe and nearby provinces depart from here daily.

What to visit in London for fans of modern architecture? The Shard glass pyramid. Three-hundred-meter building was built for the opening of the 2012 Olympics. Inside it are residential apartments, hotels, offices and an observation deck.

A similar building is built in Barcelona. The 180-meter skyscraper is used by a Swiss insurance company. For its unusual shape and decoration with green glass, tourists nicknamed the high-rise a cucumber.

Soccer fans must visit the legendary English Wembley Stadium. Built in 1923, it became the leading soccer arena of the country. At various times it hosted concerts of world stars.

Where to go in London

Where to go for tourists who want to combine a cultural and historical program with leisure and shopping? London has an extensive list of things to do for travelers of all ages.

A must-see for tourists vacationing in London is the famous Hyde Park. Well-maintained lawns, fountains, ornately trimmed trees, paths for cyclists, an artificial lake attracts local residents at any time of the year.

The complex was built to celebrate the new millennium. Today “Arena 02” is a place of concentration of the main entertainment of the city. Planning a vacation with friends, citizens know exactly where to go. There are movie theaters, bars, restaurants, gaming areas, and live music concerts are organized in the building. Adventurous tourists are offered hikes to the dome of the complex, from where a cable car ride is organized.

How to get there: North Greenwich subway station. Bus lines 472 and 486 go to the Charlton stop.

Famous place among shopping lovers and fans of fashion. The department store was founded in 1849 by a young entrepreneur Henry Harrod. Along with other historical places Harrod’s is one of the top attractions of the city. Among the visitors of the department store were many famous personalities: Vivien Leigh, Oscar Wilde, Sigmund Freud, Princess Diana.

The place that became the prototype for “Slanted Lane” in the popular “Harry Potter” franchise. In reality, Ledengole Market is a covered Victorian-style boulevard. It has cafes, stores, and stalls with fresh farm products.

Getting there: Monument subway station.

A place worth visiting for lovers of vintage items, antiques and art. Tourists visit the “Portobello” market in search of original souvenirs, gifts, memorabilia.