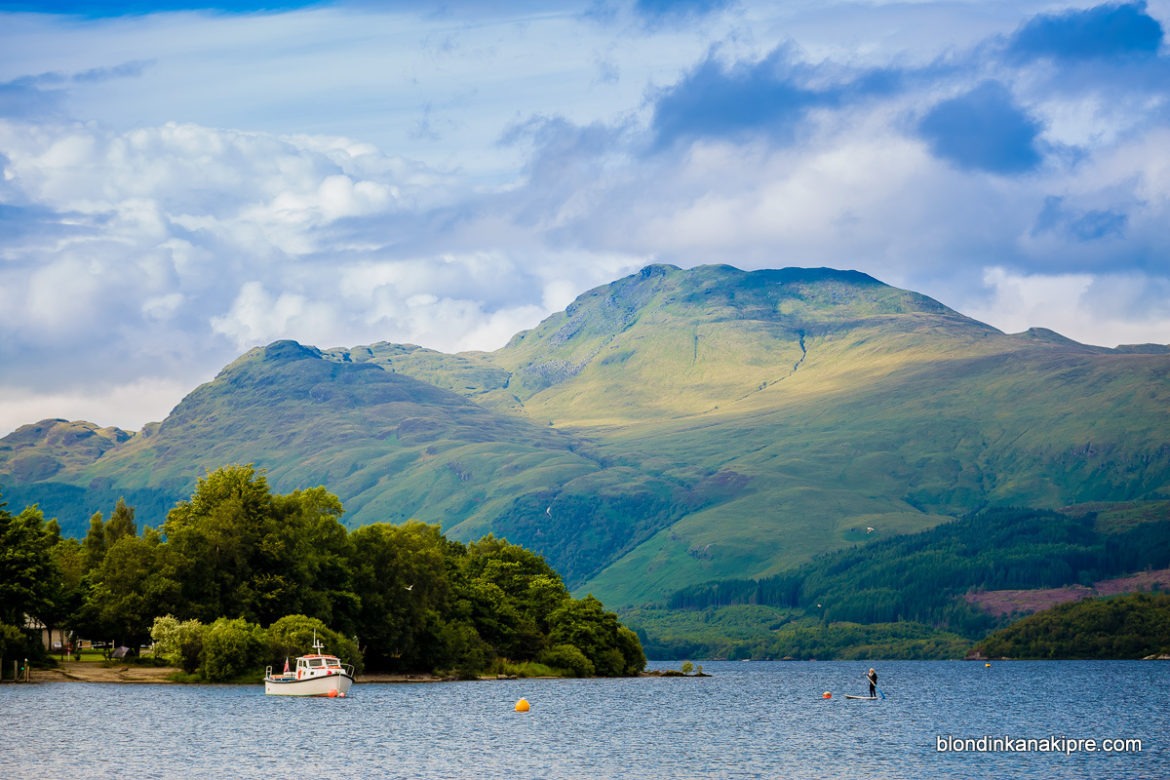 Loch (Loch) Lomond is known not only for its scenic beauty, but also as the largest freshwater lake in Great Britain. The length of the shoreline is about 150 kilometers. And there are more than 30 islands on Loch Lomond. Surprisingly, many of them were created artificially in ancient times. History has not preserved even a hint of the answer for what purpose they were formed. And this is not the only mystery and legend associated with this lake. 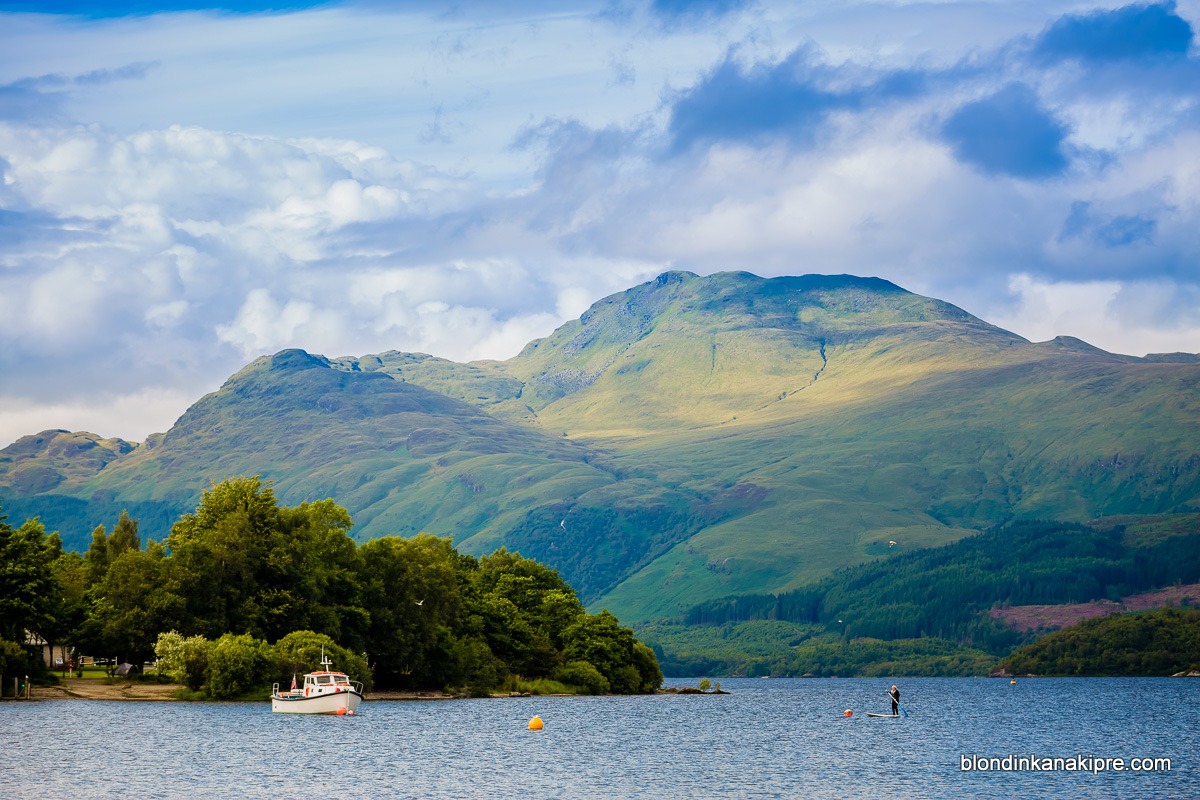 We drove through the western part of the island, and stopped for a walk in the village of Luss, which is famous for its old picturesque houses with well-kept gardens and flowers. 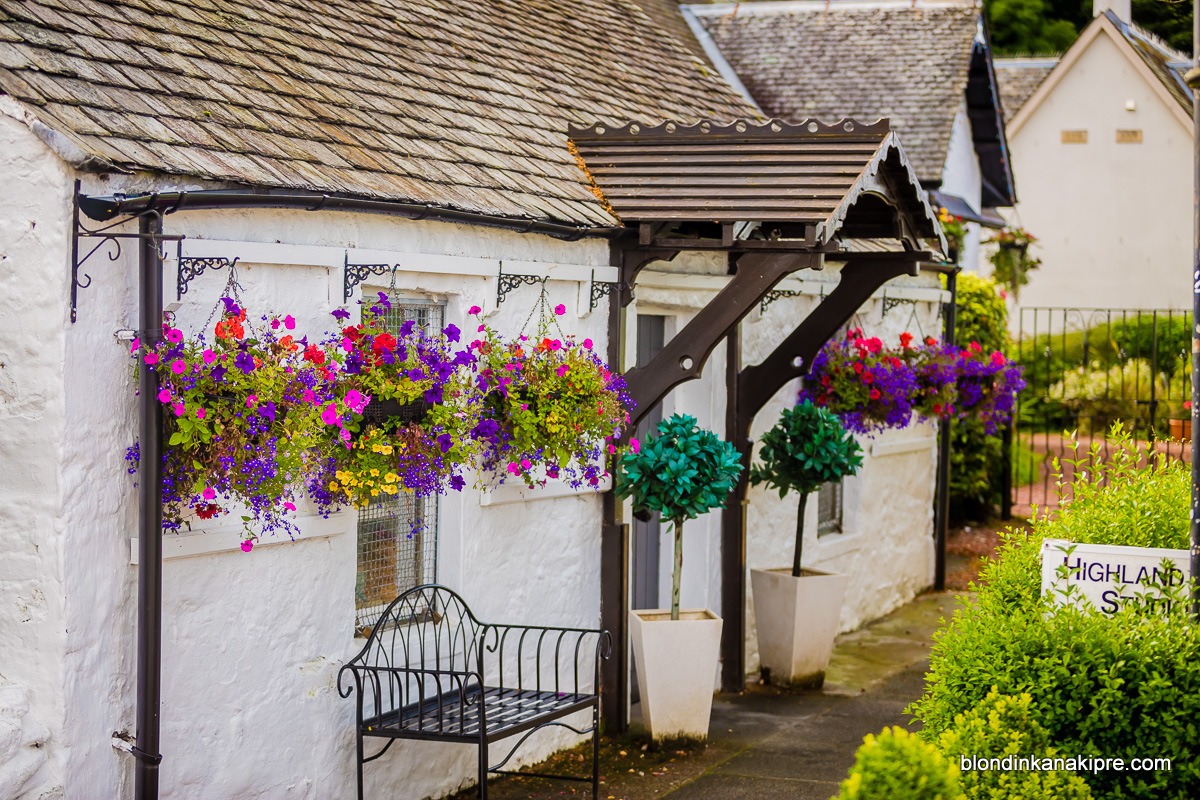 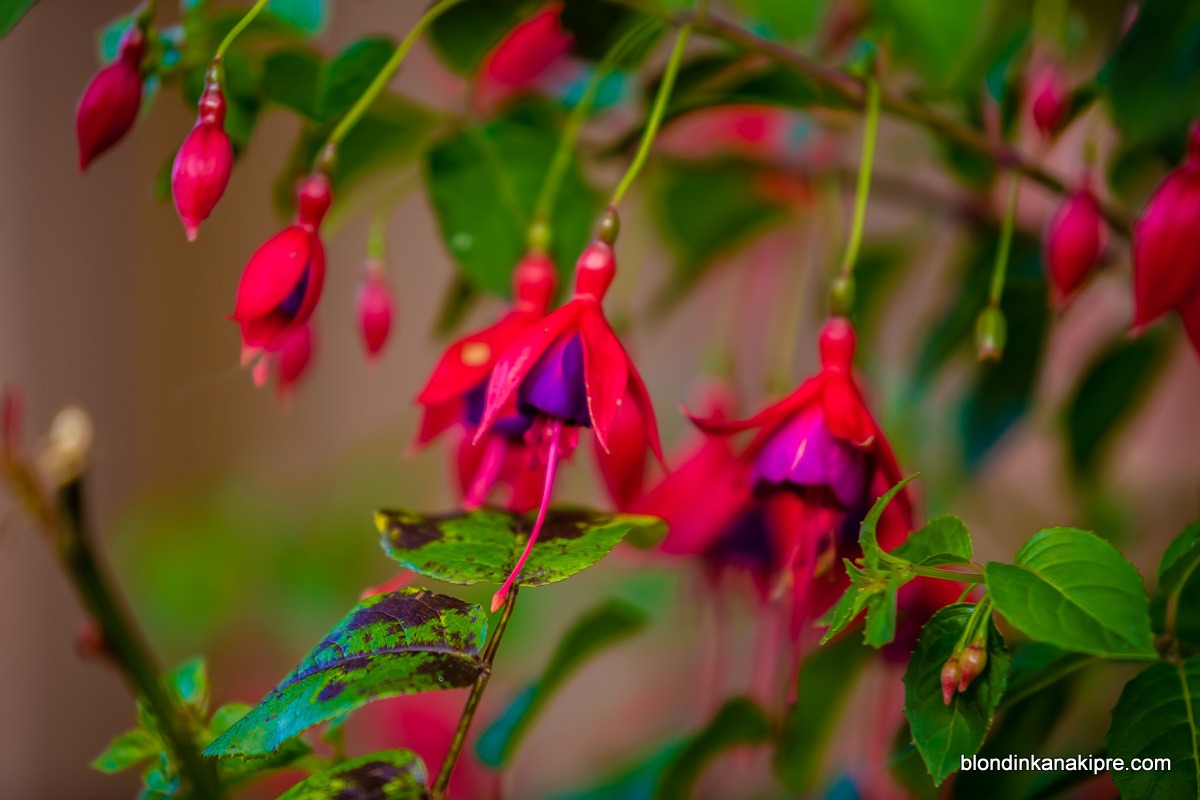 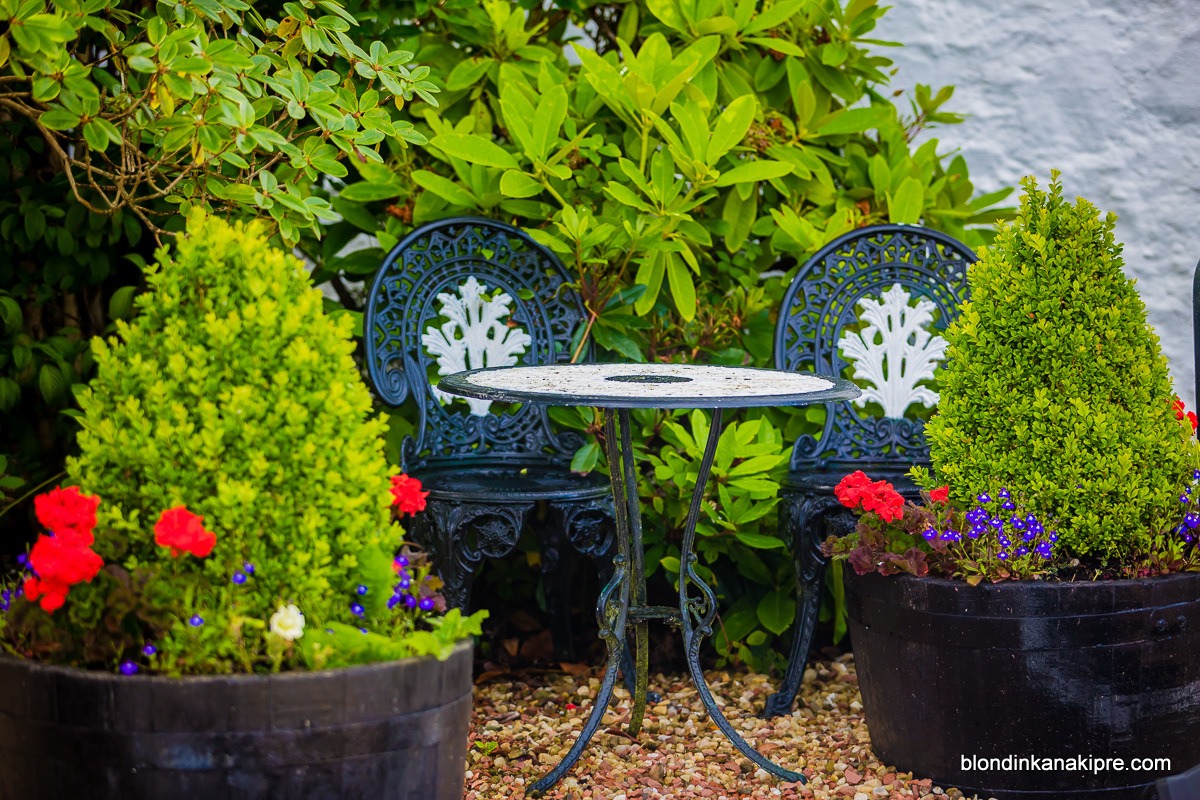 The name “Luss” is thought to come from the Celtic lus for “plant”. And the most poetic legend associates it with the French fleur-de-luce – “lily”. According to legend, a local baroness married a French knight during the Hundred Years’ War and went to France. When she died, her body, covered with lilies, was brought home and buried here. Some flowers sprouted on the surface of the grave and spread throughout the village. Soon a terrible pestilence came to Loch Lomond, but the village was spared – thanks to the miraculous property of these lilies.

It is said that on some of the islands of Loch Lomond there were illegal whisky distilleries. Officially, authorities say that illegal whiskey production on the islands ceased in the mid-19th century, but who knows)) 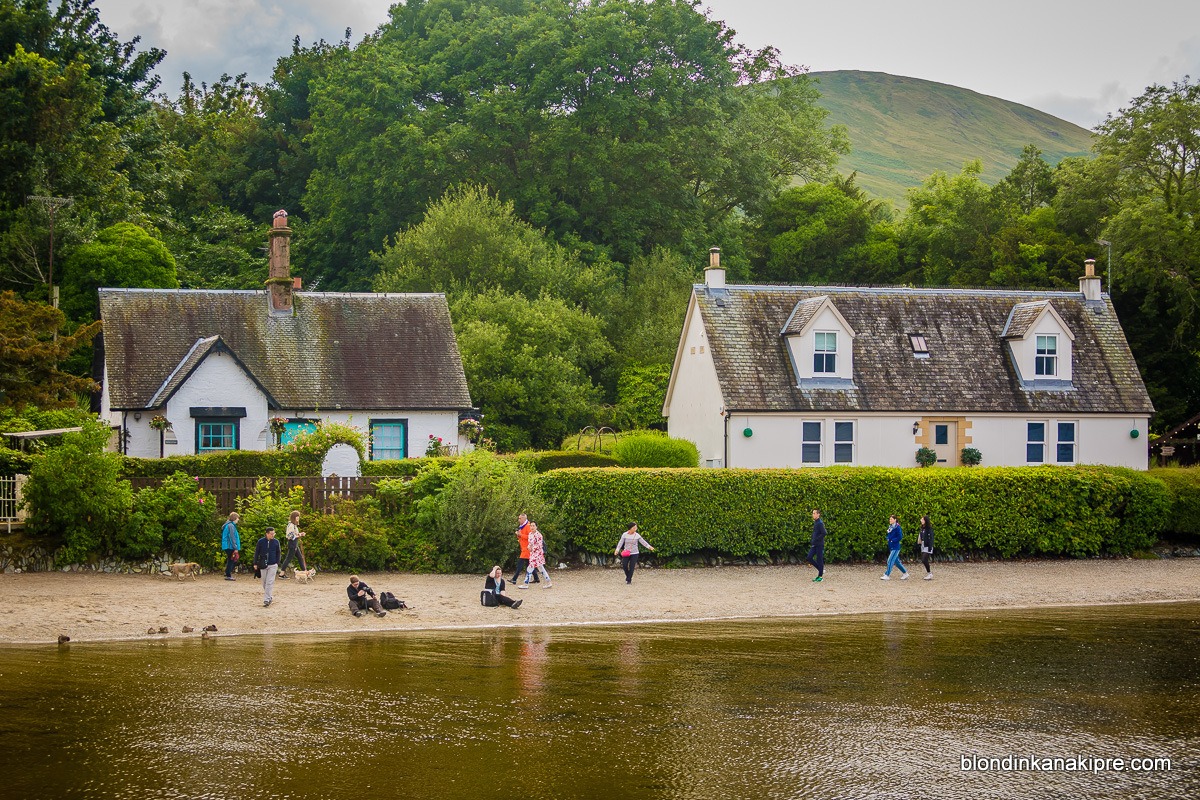 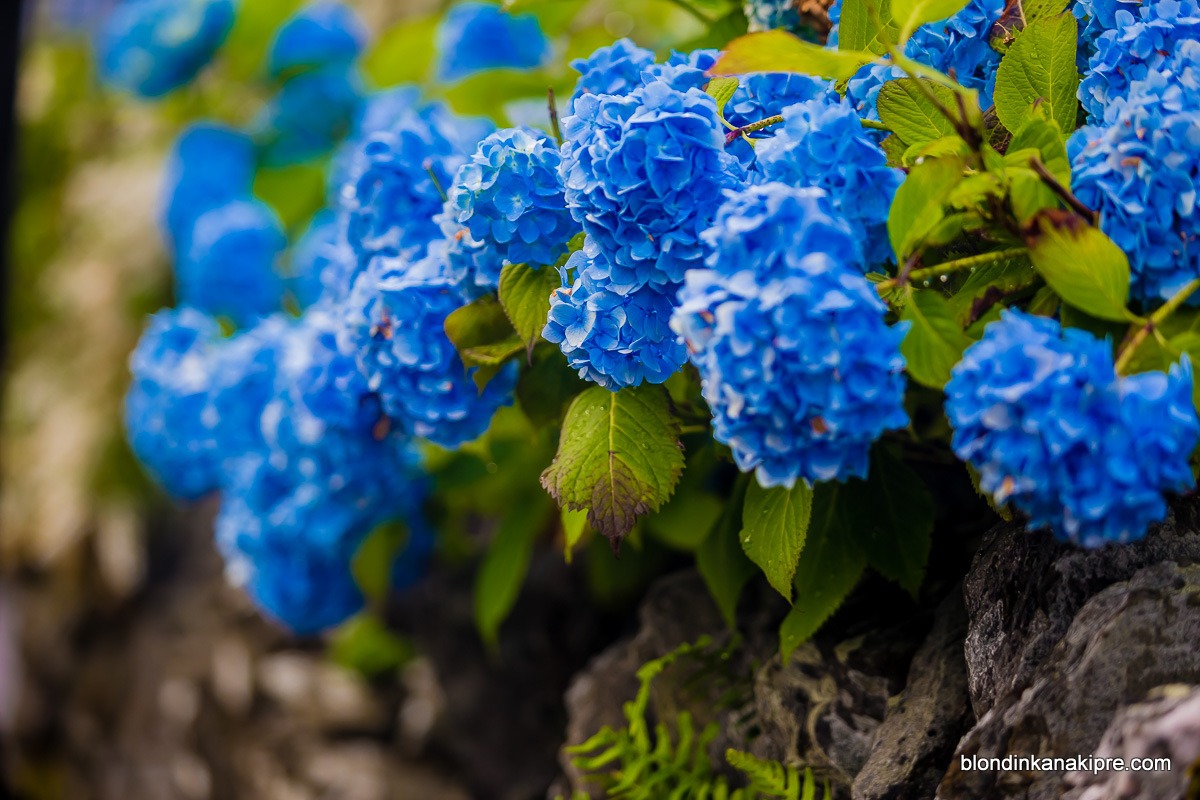 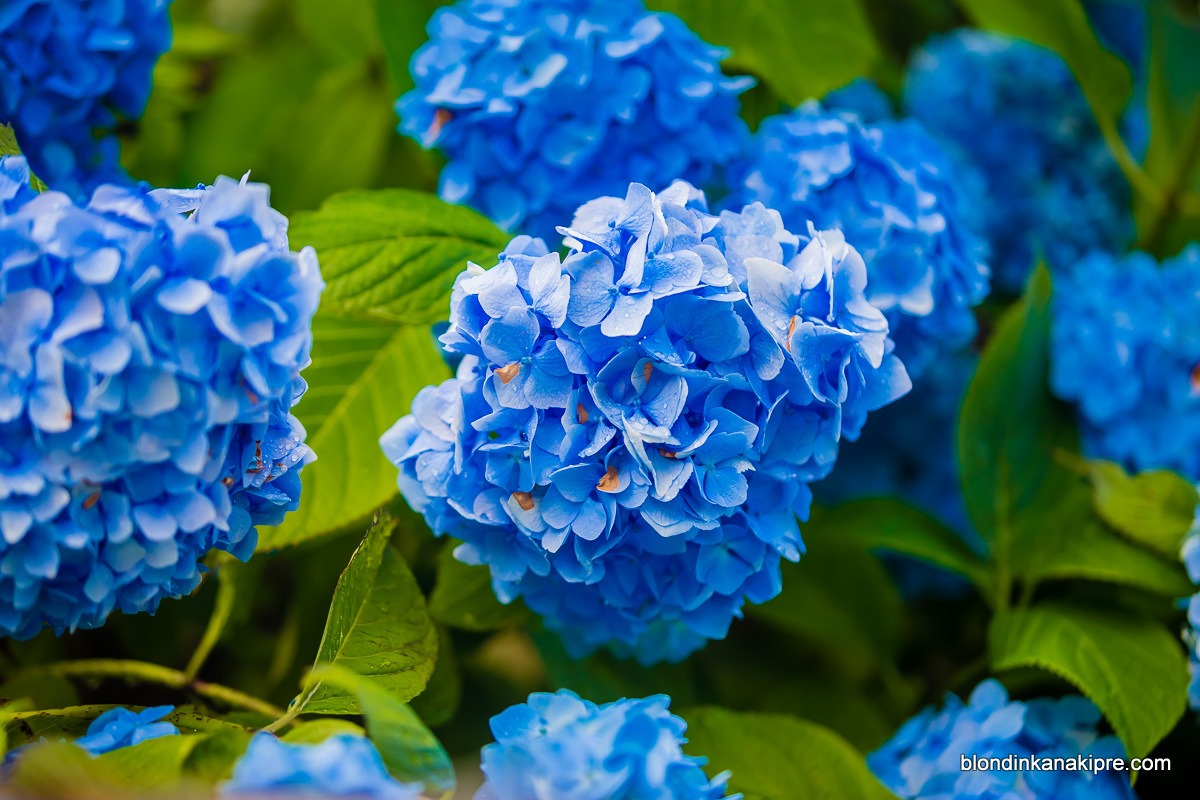 There is a song about Loch Lomond Lake to which the legend is connected.

You’ll take the high road, and I’ll take the low road, And I’ll be in Scotland before you; But me and my true love will never meet again On the bonny, bonny banks of Loch Lomond. 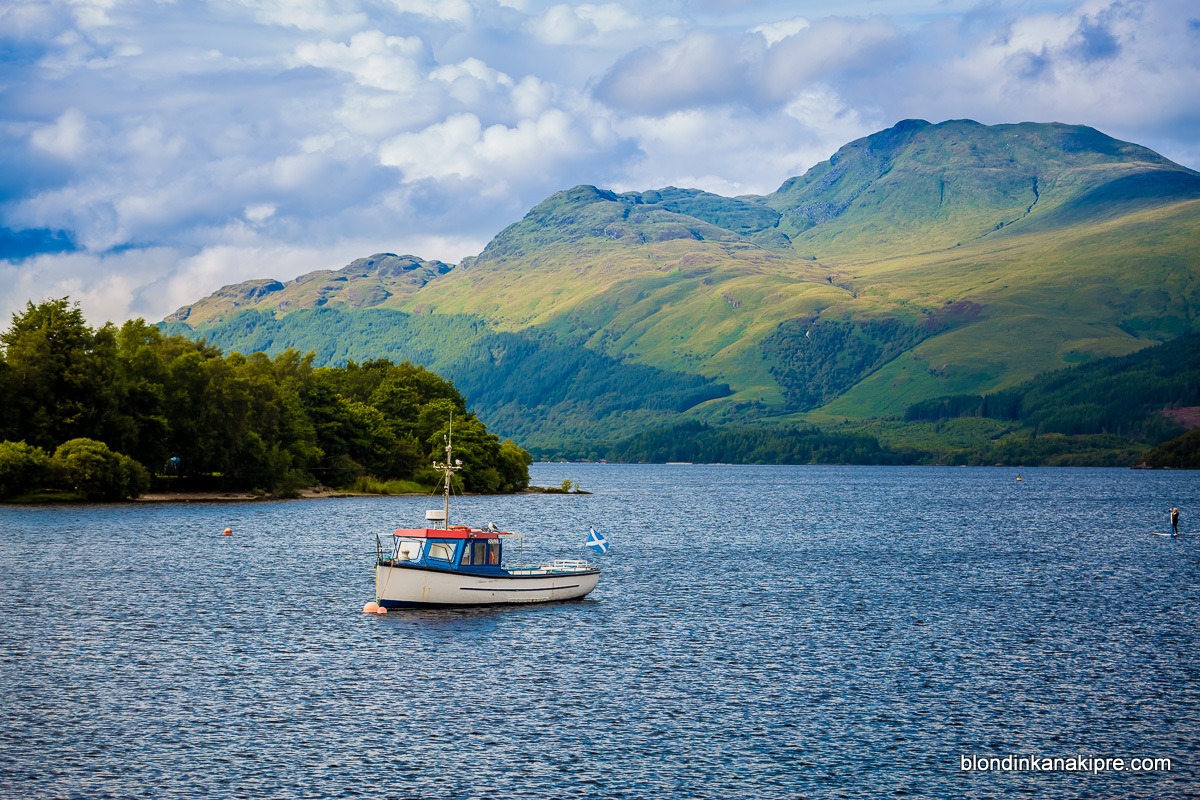 At a time when England was at war with Scotland, there were two brothers. One day they were both captured by the English, and the English told them that one of them would be executed and the other would be released home. They expected the brothers to quarrel and one would kill the other (this often happened to other captives. But the brothers loved each other. 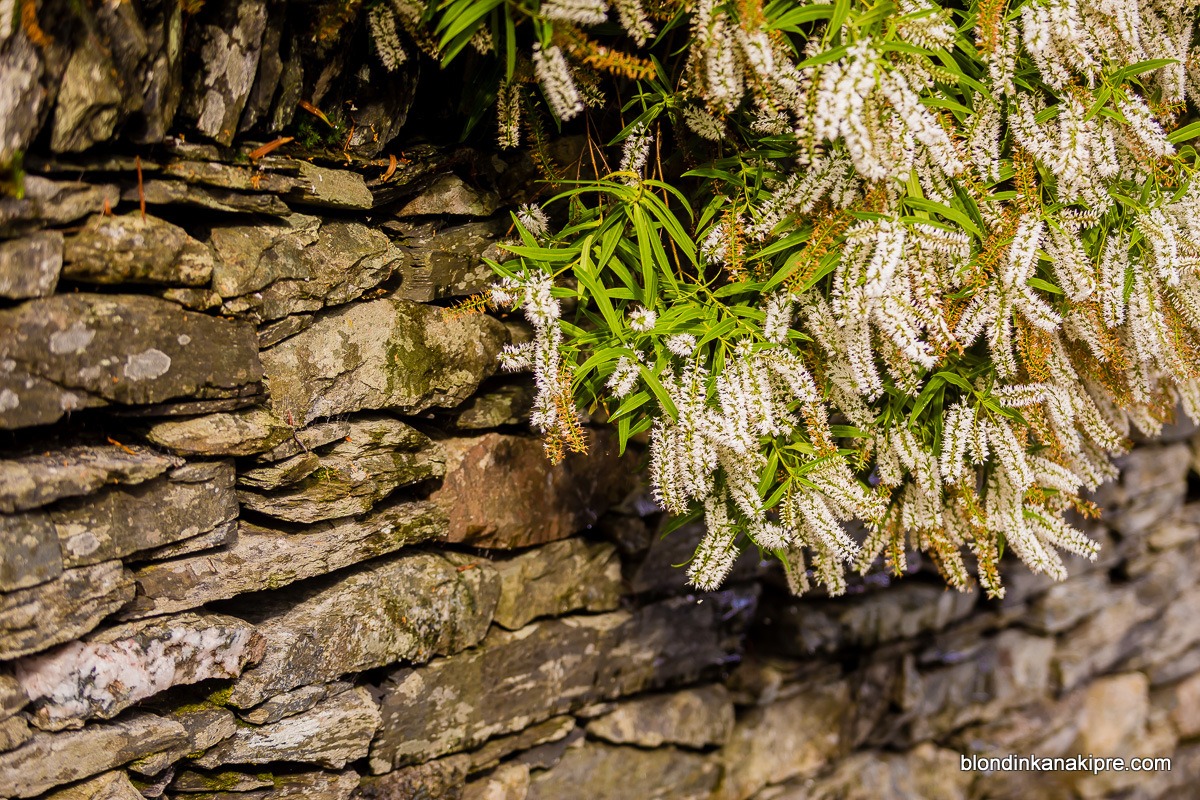 The older brother persuaded the younger one: -Listen, I am married, and I have a child. I have lived my life and left my mark. You have only your beloved, you should go back to her so that you could have children, so that our family could continue.

But the younger man replied:

“That is why you must return; only my beloved will cry for me, and you will leave a widow and an orphan.” 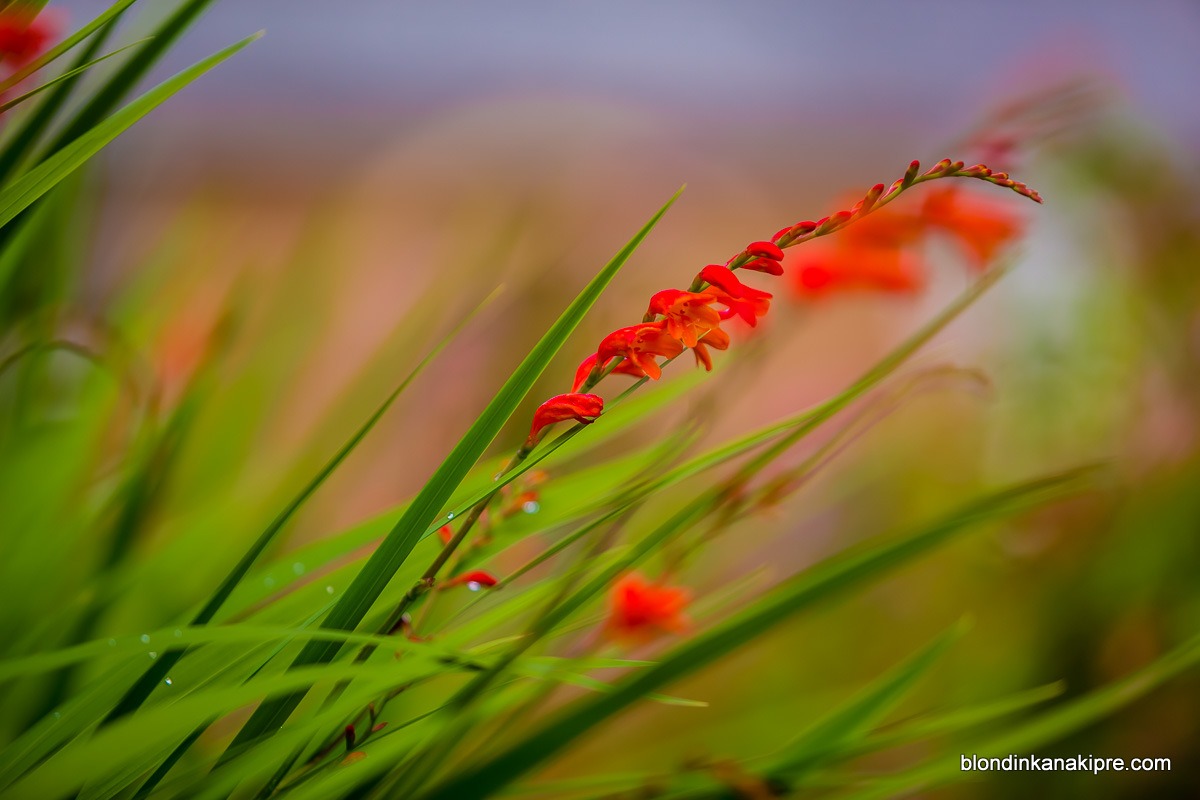 So they argued all night, and in the morning the older brother fell asleep. And the younger one knocked quietly on the door and asked the guards for a piece of paper and a quill, and wrote a note to his brother. Then he knocked on the door again and told the guards to lead him to his execution. And he was executed, and the older brother was released.

He returned to Scotland, to the shore of Loch Lomond, found his brother’s beloved and read her a note

You’ll take the high way, and I’ll take the low way, And I’ll be in Scotland before you; But me and my true love will never meet again On the bonny, bonny banks of Loch Lomond.

The song is long, and there is a verse at the end:

But me and my true love we shall meet again On the bonny, bonny banks of Loch Lomond

– The souls of the younger brother and his beloved met on the lake. 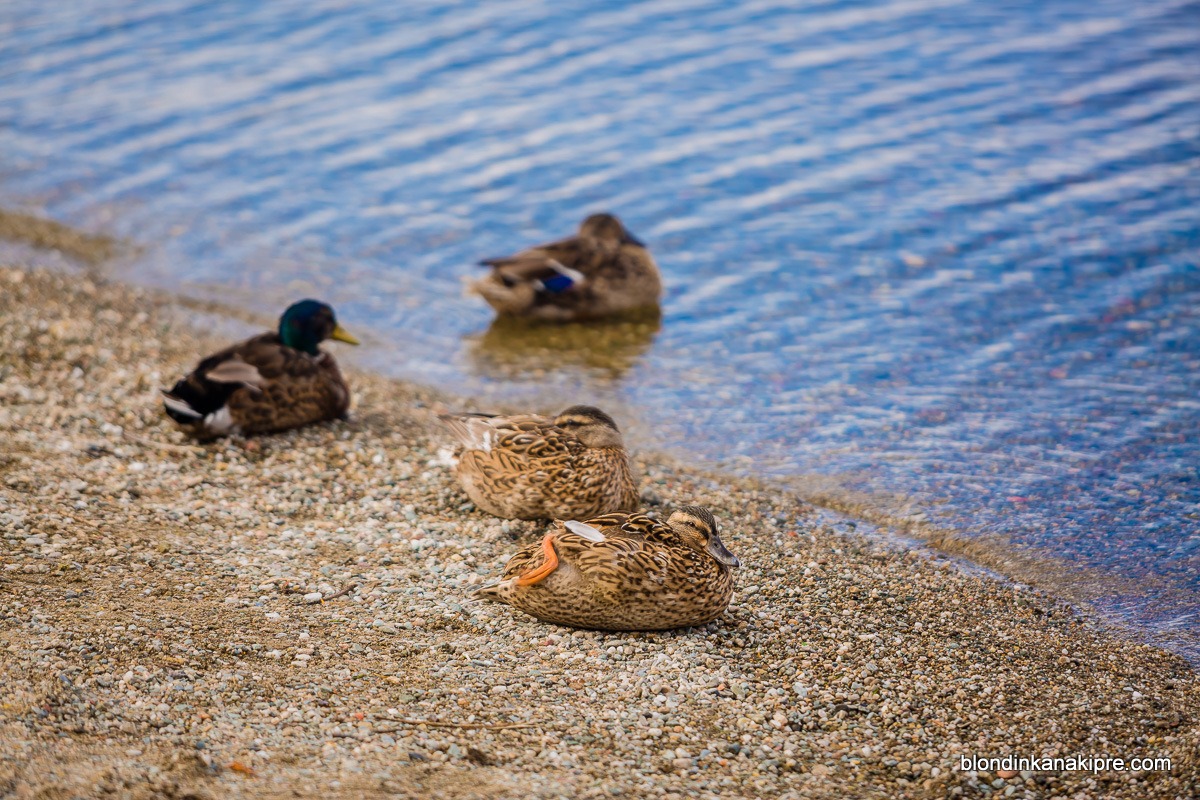 And another legend. Once upon a time there was a rich Scottish lord, and he had six daughters, and he wanted very much to marry them off. But his daughters were proud, and did not want to marry local suitors. After all, they were the richest brides in that land.

Then one day a large, richly decorated ship came ashore. On the ship came an Irish prince. The lord was glad of such an opportunity, invited him to stay in his castle, and for two months the Irish prince stayed with him. 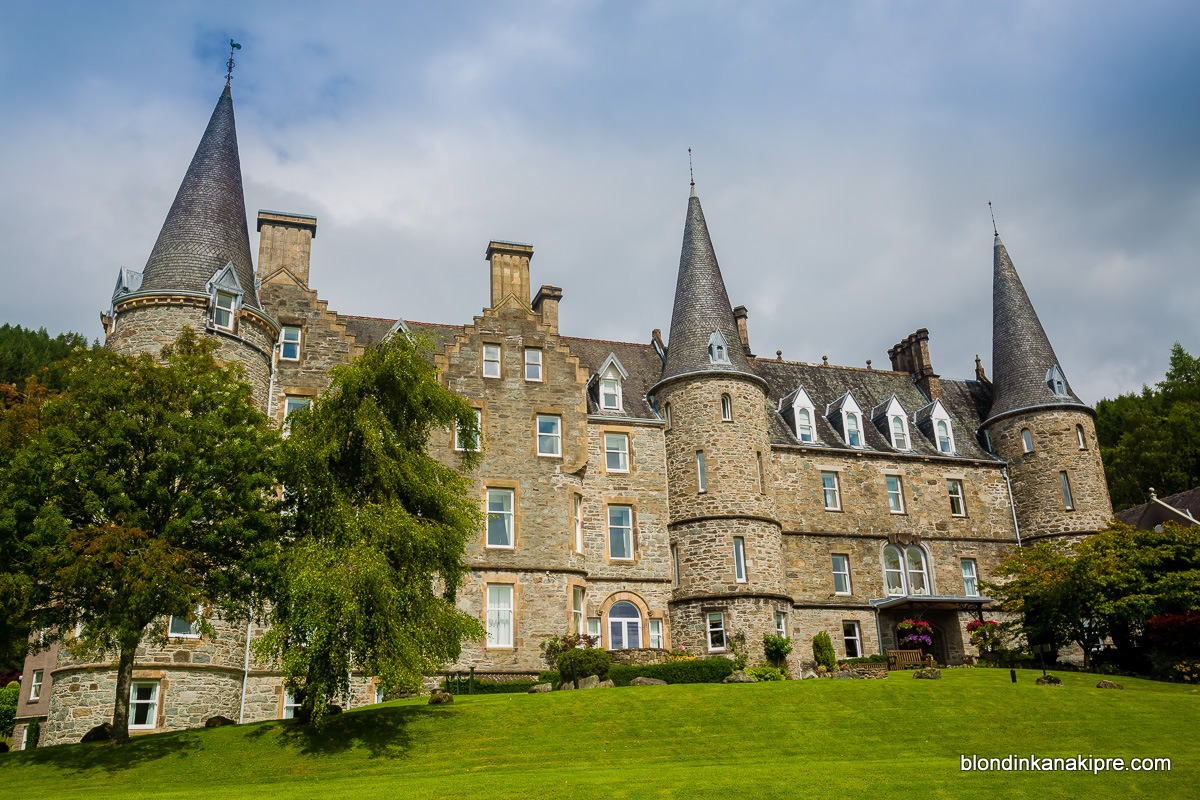 At the end of the second month, the prince came up to say goodbye to the lord and asked if he could marry one of his daughters.

“Of course!” – replied the lord. “But you do not yet know which daughter I have chosen,” objected the prince. “Take the eldest as your wife,” suggested the laird (thinking to himself: soon she will not be an enviable bride anymore, and I must give away all six!) But the prince objected, “No, I love only your youngest daughter, and only her will I take as my wife.”

In the end they agreed that the prince would take the youngest daughter, but when he returned to Ireland, he would send his kinsmen to visit the lord and have them choose a bride from the lord’s daughters. 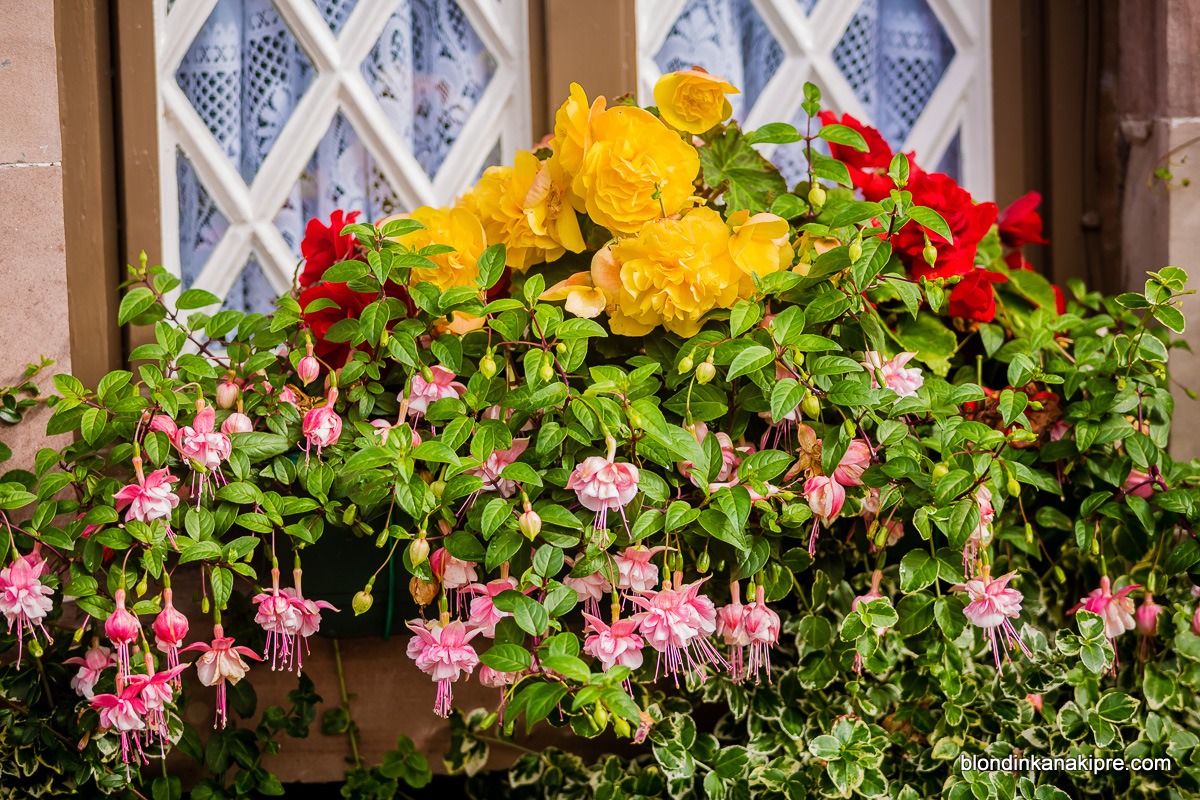 The Irish prince and his youngest daughter sailed away, and the lord and his five daughters were left waiting. They waited a month, they waited two, four, six. But there was still no ship from Ireland. At last the lord decided it was dangerous to wait any longer – his daughters could not be young forever! -and went to the local sorcerer.

“Make me such a potion,” he said to the sorcerer, “that my daughters will always remain young and beautiful.” “All right,” said the sorcerer, “but it is strong witchcraft, there may be consequences.” Laird said he would do anything. He took the potion and returned home. In the morning he added the potion to his daughters’ drink and then went back to the sorcerer to pay him for his work. 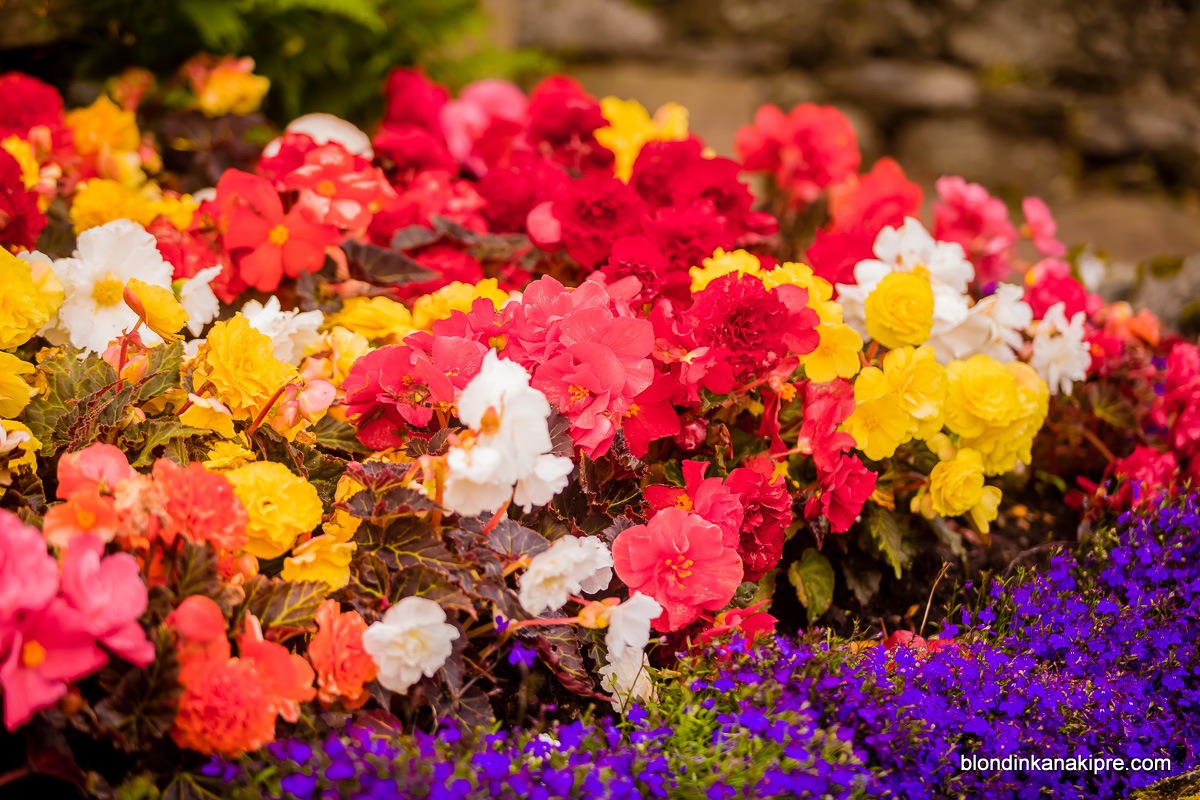 The lord returned home in the evening, and found neither his house nor his daughters. Where his castle had been, there were five mountain peaks. You could still see them on the west bank. These are the laird’s daughters.

More interesting lake stories can be found in this column

We are actually talking about the largest freshwater lake in the UK. Just think about this figure – the length of the shoreline of this lake is just over 150 kilometers! The surface area of the mirror (as the entire surface of the body of water is called) is 71 square kilometers. Perhaps, these figures do not say much, but to make it clearer, it is worth mentioning that this is a really big lake, and there are very few of them in Europe. 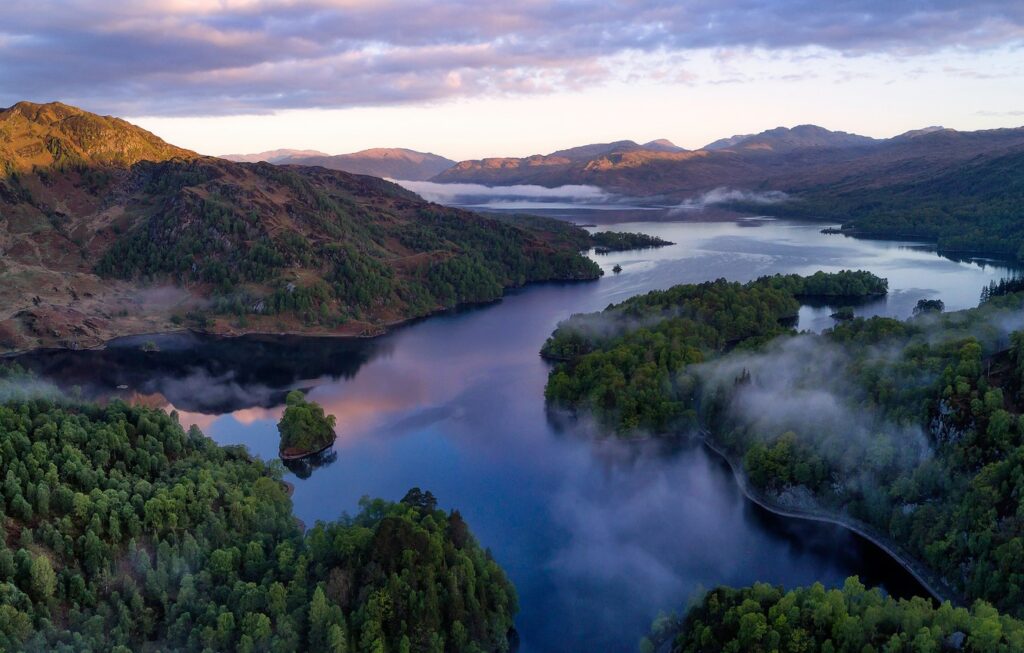 The lake has many islands (more than thirty, the figure varies depending on season), the largest of which is called Inchmarrin. Surprisingly, many of these islands were created back in ancient times, artificially. For what purpose is certainly an interesting question. History has not preserved even a hint of the answer, however, even externally such islands differ significantly from their “wild” counterparts. And this is not the only mystery associated with this remarkable lake.

A place to which one returns

Loch Lomond Lake, like most fairly large freshwater lakes, has a unique ecological setting. There are many endemics (species found only here in this particular ecosystem). Overall, what makes Loch Lomond unique is its beauty. Indeed, it combines typically Irish, frankly tranquil landscapes of green, velvety slopes with frankly “cold” leaden clouds that bring to mind something from the ancient sagas sung by the skalds wandering along the mighty northern fjords. Just look at the pictures of this lake and you won’t want anything else. No wonder thousands of tourists visit this truly picturesque place every year. 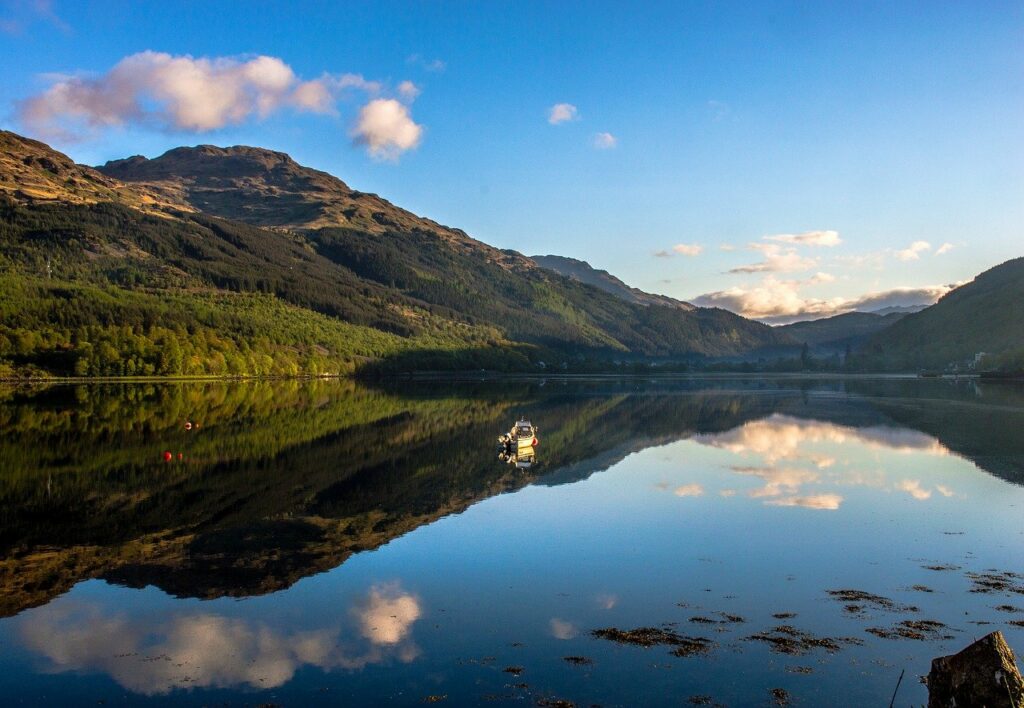 A place to which one returns.

It is important that this area has never been particularly “densely” populated. There have been no wars or natural disasters here. In other words, this wonderfully peaceful land has managed to keep its millennia-old beauty intact. And to see it is a true blessing.

Loch Lomond: what else appeals to tourists?

The uniqueness of Loch Lomond is largely due to its geographical location. But it is worth noting that it is not only the natural landscapes that are beautiful here. Along the shoreline, and on the largest islands of the lake scattered fishing villages, amazing, cute, preserved its traditional flavor that can not be seen elsewhere in Scotland. 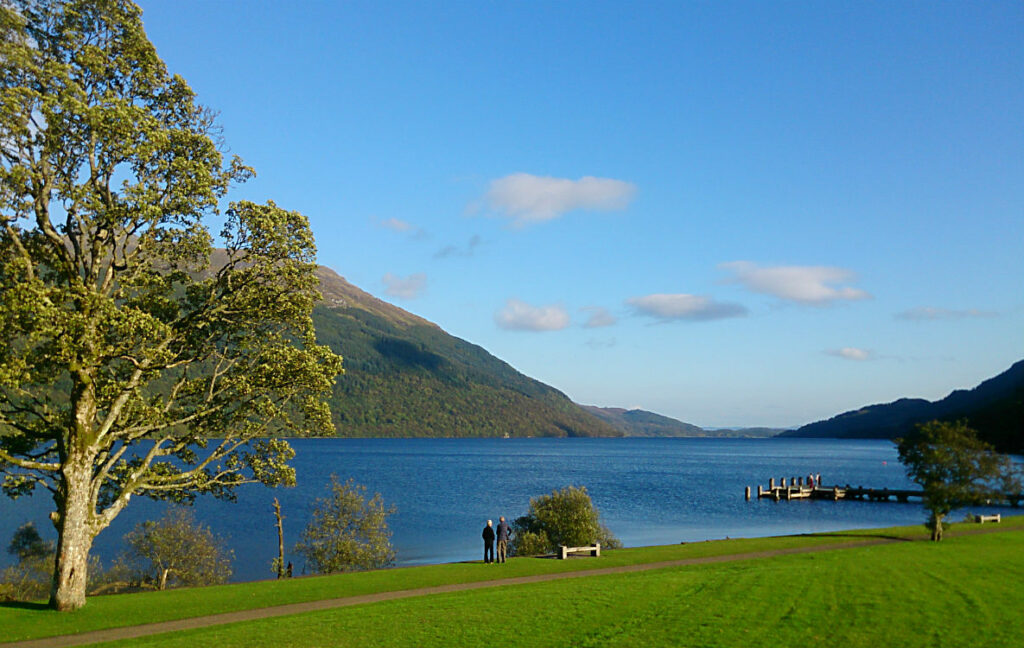 Loch Lomond: what else lures tourists?

Take the village of Luss, for example. Small, mostly one-storey whitewashed stone houses, squat tiled roofs, hollow chimneys. And also – wide paths, on which almost no cars go. And the people are kind, friendly, not particularly like the stereotypical Scots, much less the Irish. And, of course, as usual, there is a legend connected with the city. More precisely, with its name. “Luss” is also a Celtic word, meaning plant. It is believed that once a local baroness (of course, the kindest woman, in which everyone did not want) “jumped out” for a rich French count, and left her native land. When she died, her body was repatriated in a coffin, which was decorated with living lilies. Some sprouted on her grave. And when a terrible plague swept through the region, the village of Luss remained untouched, as the locals believed – thanks to the miraculous power of these lines.

And such legends, albeit fairy-tale-like, are shrouded all the local villages. Loch Lomond in this respect is a veritable treasure trove of Scottish folklore. It’s a peaceful, tranquil place where it’s easy to be alone with nature. To spend a vacation here is a pleasure, and for many it is more appealing than the downright piss-poor Turkey or Egypt. The sun is just as welcoming, though it is cooler.