More recently, Russia and the Baltic states were part of one state. Now each goes its own historical path. Nevertheless, we are concerned about the economic, political and social realities of the neighboring states. Let’s figure out what countries are part of the Baltics, learn about their population, history, and follow their road to independence.

Some of our fellow citizens have a reasonable question: “The Baltics – these are what countries?” To some, this question may seem silly, but in fact not everything is so unambiguous. 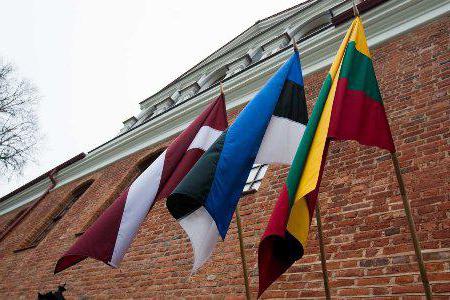 Where is the Baltic?

All the Baltic countries have a land border with the Russian Federation. In addition, Lithuania neighbors Poland and Belarus, which also borders Latvia, and Estonia has a sea border with Finland. 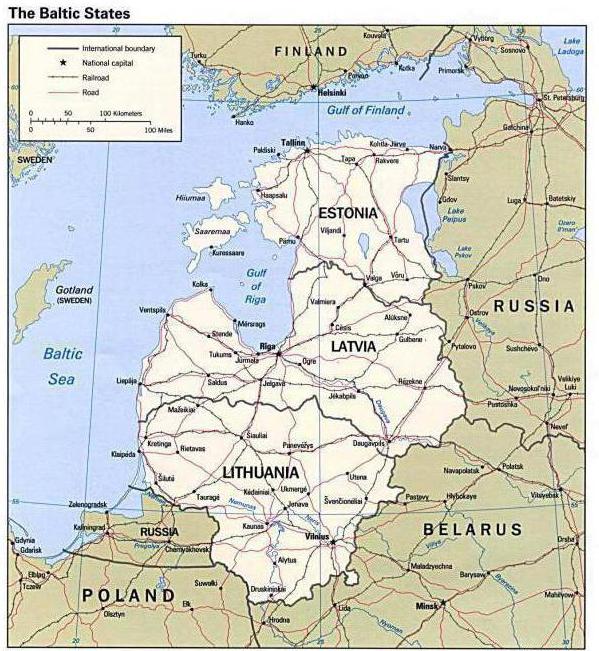 The Baltic countries are arranged from north to south in this order: Estonia, Latvia, Lithuania. Moreover, Latvia has a border with two other countries, and they are not adjacent to each other.

Population of the Baltics

Now let’s find out what categories, according to various demographic characteristics, make up the population of the Baltic states.

READ
Unexpected Adriatic. Marche region on the map of Italy

First of all, let’s find out the number of inhabitants that inhabit the states, the list of which is presented below:

Thus, we see that Lithuania has the largest population, and Estonia the smallest. 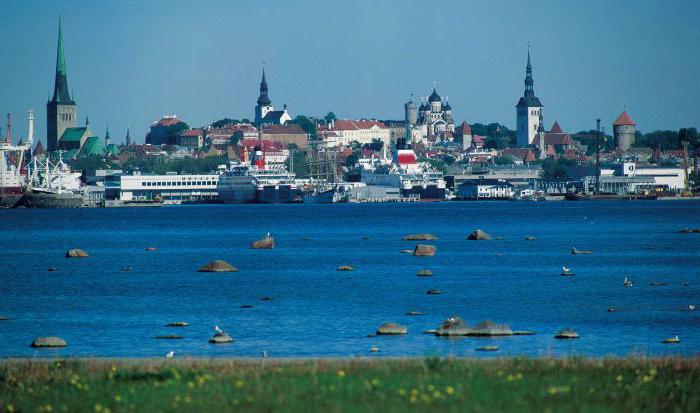 With the help of simple mathematical calculations, comparing the area of territory and population of these countries, we can conclude that Lithuania has the highest population density, and Latvia and Estonia are about equal in this indicator, with a slight advantage of Latvia.

The titular and largest nationalities in Lithuania, Latvia and Estonia are, respectively, Lithuanians, Latvians and Estonians. The first two ethnic groups belong to the Baltic group of the Indo-European language family, while Estonians belong to the Baltic-Finnic group of the Finno-Ugric language tree. Russians are the largest national minority in Latvia and Estonia. In Lithuania they are the second largest ethnic minority after the Poles.

History of the Baltics

Since ancient times, the Baltics have been inhabited by various Baltic and Finno-Ugric tribes: Aukstaites, Geimats, Latgals, Couronians, Livonians, and Estonians. In the struggle against the neighboring countries, only Lithuania managed to establish its own statehood, which later joined the Rzeczpospolita. The ancestors of contemporary Latvians and Estonians were at once under the power of the German Livonian Order of the crusading knights, and then, the territories where they lived as a result of the Livonian and the Great Northern War were divided between the Russian Empire, the Kingdom of Denmark, Sweden and the Rzeczpospolita. In addition, a vassal duchy of Courland was created from parts of the former Order lands, which existed until 1795. The ruling class here was the German nobility. By that time the Baltic was almost entirely within the Russian Empire. 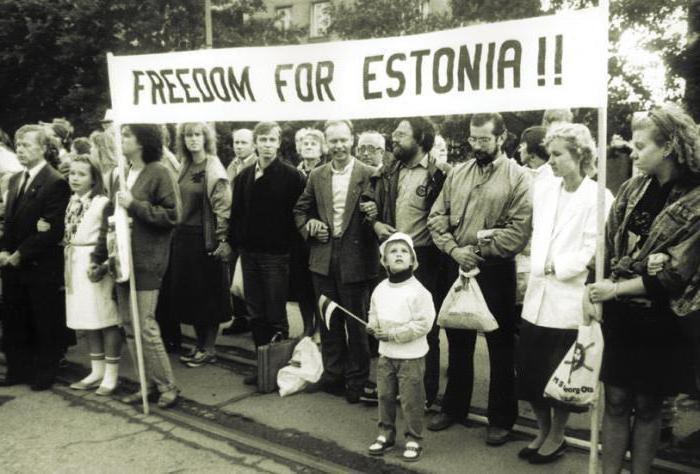 All lands were divided into Livonian, Kuronian and Estonian provinces. A special case was Vilna province, inhabited chiefly by Slavs and lacking access to the Baltic Sea.

After the collapse of the Russian Empire following the February and October Uprisings of 1917, the Baltic States also gained their independence. List of events that preceded this outcome, a long list, and it will be superfluous for our review. The main thing to understand is that during 1918-1920 were organized independent states – the Lithuanian, Latvian and Estonian republics. They ceased to exist in 1939-1940, when they were annexed as Soviet republics to the USSR as a result of the Molotov-Ribbentrop Pact. Thus the Lithuanian SSR, Latvian SSR and Estonian SSR were formed. Until the early 1990s, these entities were a part of the Soviet Union, but in certain intellectual circles there was always hope for independence.

Declaration of Independence of Estonia

Now let us talk about a period of history closer to us, namely the period when the independence of the Baltic States was declared. 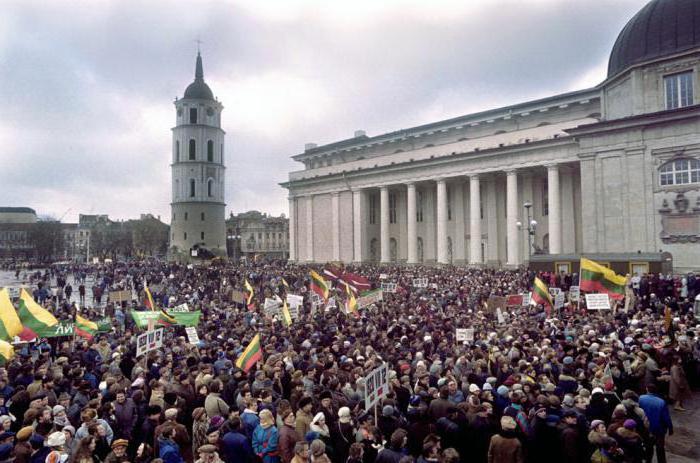 At the end of March 1990, the State Status of Estonia Act was passed and on May 8, 1990, Estonia regained its independence and its name was returned to the Republic of Estonia. Earlier Lithuania and Latvia had adopted similar acts.

In March 1991, a consultative referendum was held, where most of the citizens voted for secession from the USSR. But in fact independence was restored only with the beginning of the August coup, August 20, 1991. It was then that the resolution on Estonian independence was adopted. In September, the Soviet government officially recognized it, and on August 17 of the same month Estonia became a full member of the UN. Thus the independence of the country was fully restored.

The initiator of the restoration of Lithuania’s independence was the public organization “Sajūdis”, formed in 1988. On May 26, 1989, the Supreme Soviet of the Lithuanian SSR proclaimed an act “On the State Sovereignty of Lithuania. This meant that when republican and all-Union legislation conflicted, priority was given to the former. Lithuania became the second republic of the USSR to pick up the baton from Estonia in the “parade of sovereignty”.

Already in March 1990, an act restoring Lithuanian independence was passed, and Lithuania was the first Soviet republic to declare its secession from the Union. From then on, it was officially called the Republic of Lithuania. 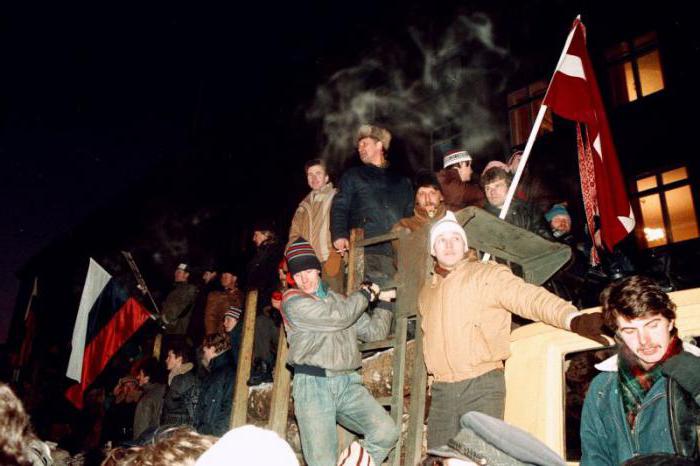 Naturally, the central authorities of the Soviet Union recognized this act as invalid and demanded its repeal. With the help of individual army units, the Soviet government tried to regain control of the republic. It also relied on citizens within Lithuania itself who disagreed with the policy of secession. An armed confrontation began, in which 15 people were killed. But the army did not dare to attack the parliament building.

After the August coup in September 1991, the USSR fully recognized the independence of Lithuania and on September 17, Lithuania became a member of the United Nations.

In the Latvian SSR, the independence movement was initiated by the Latvian People’s Front organization, which was created in 1988. On 29 July 1989 the Supreme Council of the republic, following the parliaments of Estonia and Lithuania, proclaimed the third Declaration of Independence in the USSR.

At the very beginning of May 1990, the Supreme Soviet of the republic adopted a Declaration on restoration of the state independence. That is, in fact, Latvia, following Lithuania, announced its secession from the Soviet Union. But it actually happened only a year and a half later. On May 3, 1991, a referendum-like poll was held, in which the majority of respondents supported the independence of the republic. During the coup of GKChP on August 21, 1991 Latvia actually managed to achieve independence. On September 6, 1991, it was recognized as independent by the Soviet government, along with the rest of the Baltic states.

The period of independence of the Baltic states

After restoring their state independence, all of the Baltic countries chose a Western course of economic and political development. At the same time the Soviet past was constantly condemned in these countries, and relations with the Russian Federation remained tense. The Russian populations of these countries have limited rights.

In 2004 Lithuania, Latvia and Estonia were admitted to the European Union and to the NATO military-political bloc.

At the moment the Baltic states have the highest index of living standards among all post-Soviet states. And this occurs despite the fact that much of the infrastructure, left after the Soviet era, was destroyed or ceased to function for other reasons, and after the global economic crisis of 2008 the Baltic economy is experiencing not the best times. 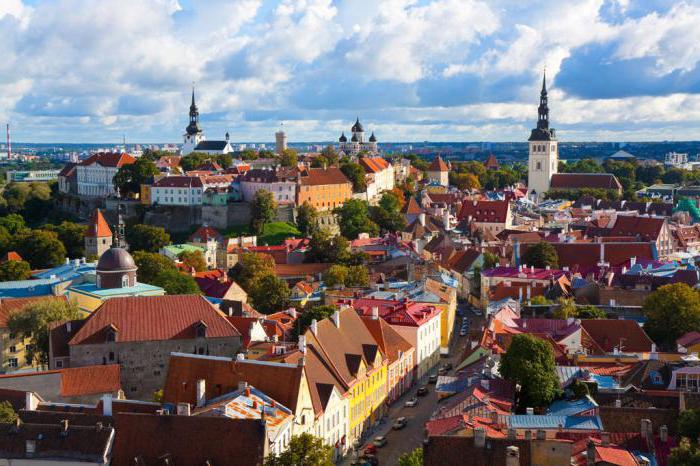 Estonia has the highest standard of living among the Baltic states, while Latvia has the lowest.

Differences between the Baltic countries

Despite the territorial closeness and common history, we should not forget that the Baltic States are separate states with their own national peculiarities.

For example, Lithuania, unlike other Baltic states, has a very large Polish community, which is second only to the titular nation, while in Estonia and Latvia, on the contrary, Russians prevail among national minorities. In addition, in Lithuania, citizenship was granted to all persons residing on its territory at the time of independence. But in Latvia and Estonia, only descendants of those persons who lived in the republics before joining the USSR had such a right.

Besides, it is necessary to say that Estonia, unlike other Baltic states, is rather strongly oriented to Scandinavian states.

All those who read this material carefully will no longer ask: “The Baltics are what countries?” These are states that have had a rather complicated history, filled with struggles for independence and national identity. Naturally, this could not but leave its imprint on the peoples of the Baltics themselves. It is this struggle has had a key influence on today’s political choices of the Baltic states, as well as on the mentality of those peoples who inhabit them.