Lithuania: an independent state with a long coastline

Lithuania, a lively and unpredictable country, has quickly transformed into a modern state since independence. Today there is a lively life here, not only in Vilnius, the capital, but also on the beautiful, rugged coastline. Nature adventurers will especially love it here, as the country offers countless natural beauties in national parks, which often hide untouched nature. 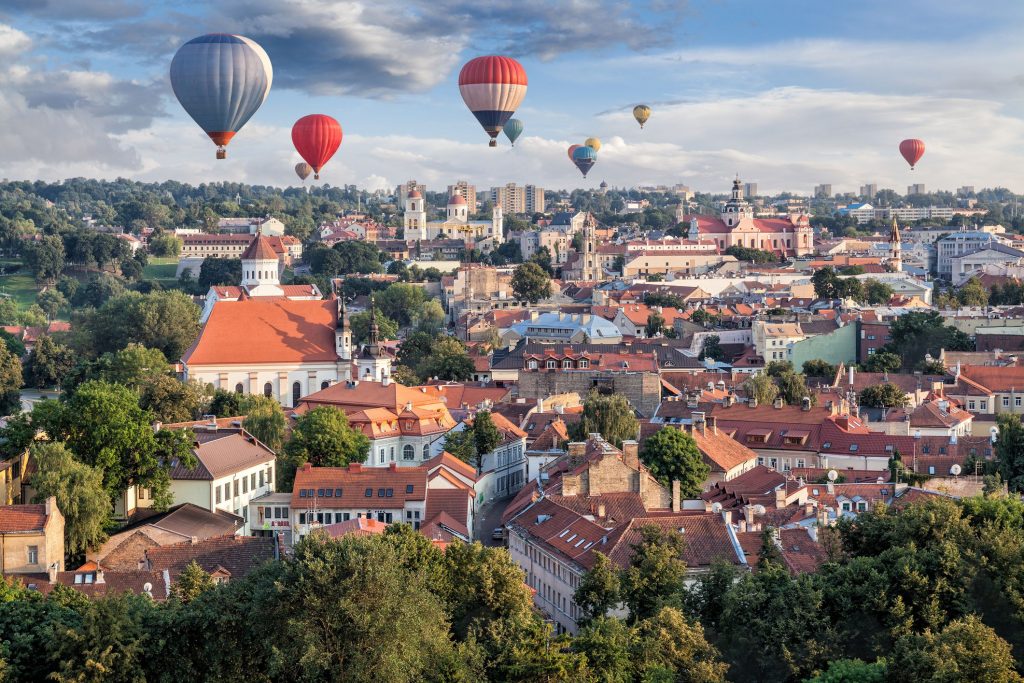 Lithuania: an independent state with a long coastline

The capital of Lithuania, especially its historical center, is one of the most beautiful and most visited places in the country. Baroque houses and 17th century buildings are everywhere. The atmosphere is complemented by a tangle of narrow streets with colorful churches and stores. The streets are lined with restaurants, courtyards and quiet squares.

What to see in Vilnius:

The city district, which emerged in the Middle Ages and is surrounded by a high stone wall. There are a number of cultural and historical monuments; 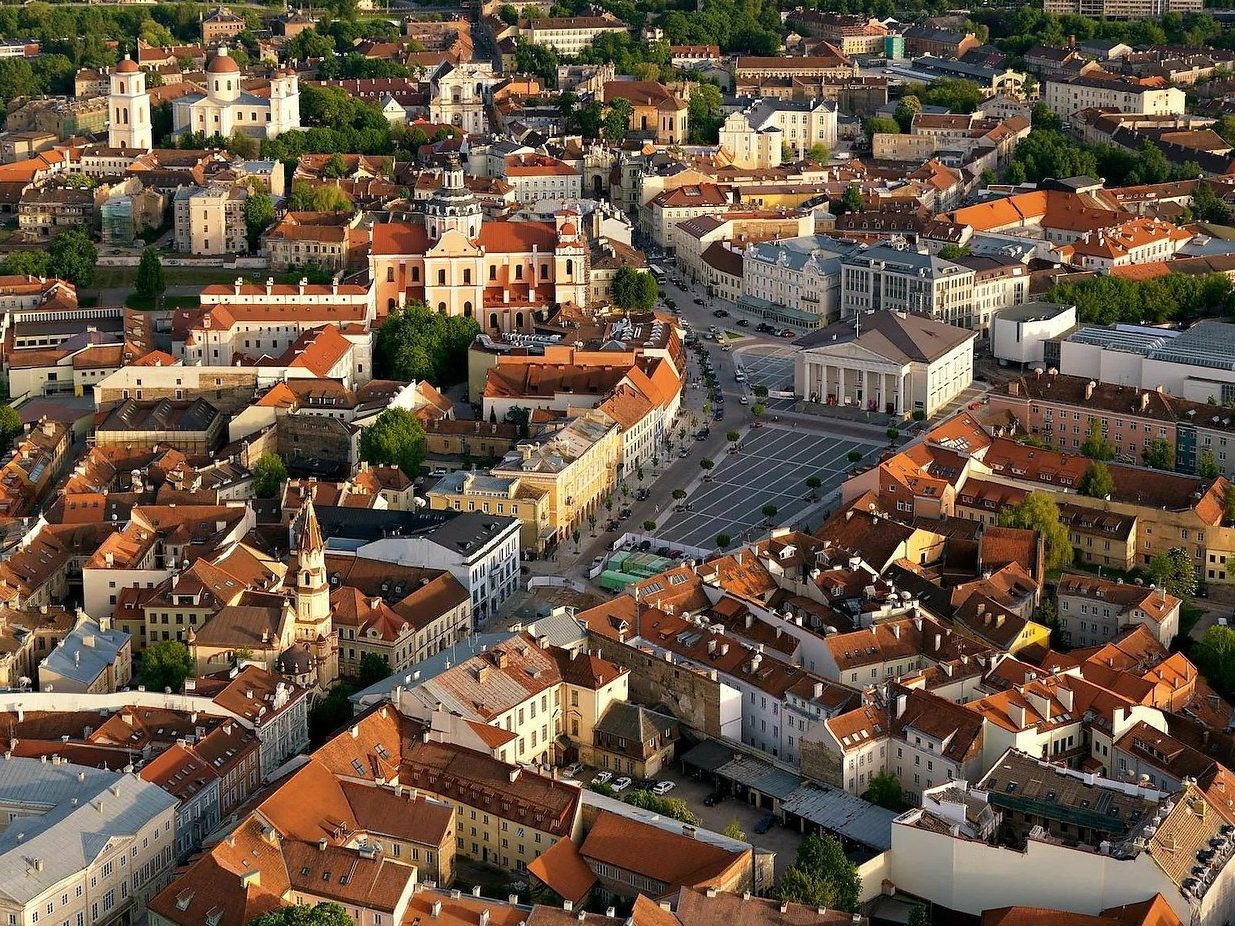 The southern coast of the Baltic Sea is truly unique; this is a long strip of sand dunes called the Curonian Spit. Despite the fact that this place is considered a national park, it is quite secluded place without crowds of tourists . You can see not only the Curonian Lagoon and sand dunes, but also the beauty of the surrounding coast with many traditional villages and fisheries. 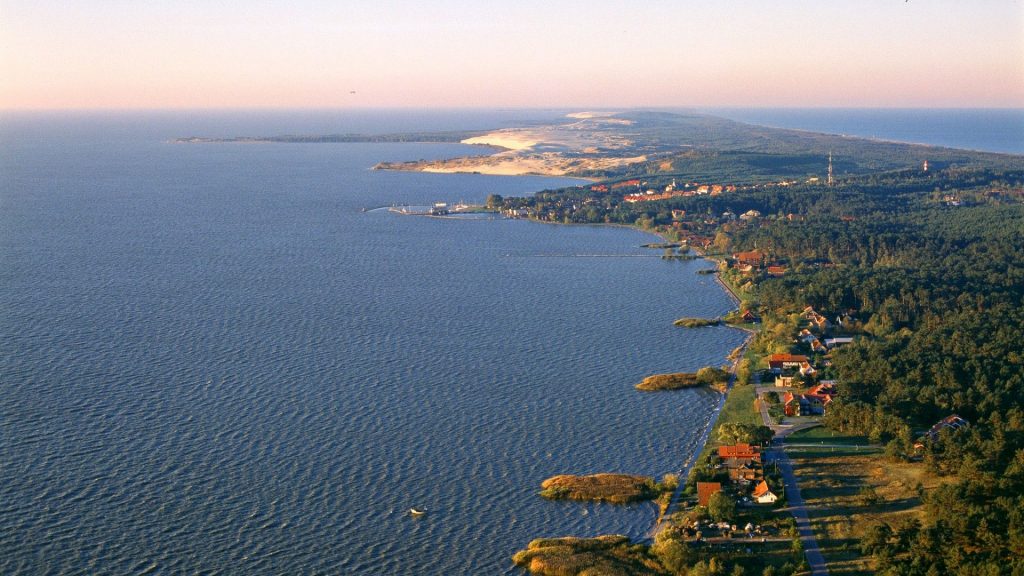 Lithuania has been an important center of Jewish culture and further education for centuries. The Nazi occupation of World War II and the Holocaust dealt a tragic blow to the local Jewish community. Between 1941 and 1944 tens of thousands of Jews were murdered under the trees of the Paneriaiai Forest, some 10 kilometers southwest of the capital. Today in this place there is a unique museum, which will tell this sad story. 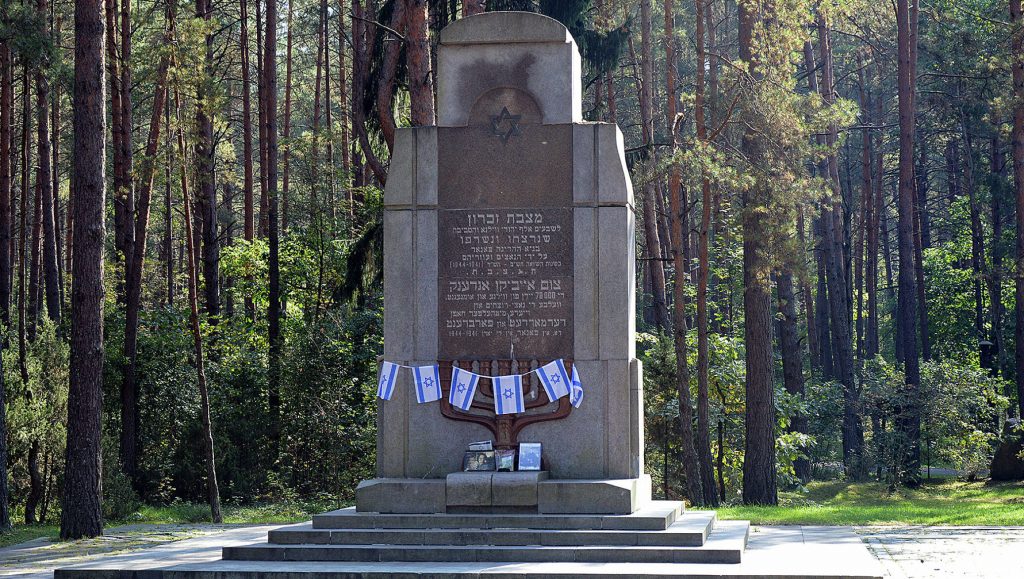 When visiting Lithuania, it is worth getting to know the local traditional dishes. A popular second dish is, for example, zeppelins, nicknamed “zeppelin. These are large potato dumplings filled with meat or cottage cheese, served with sour cream and bits of crispy bacon. Also worth noting is the Lithuanian cold borscht of beets, dill, and hard-boiled eggs served with warm potatoes. 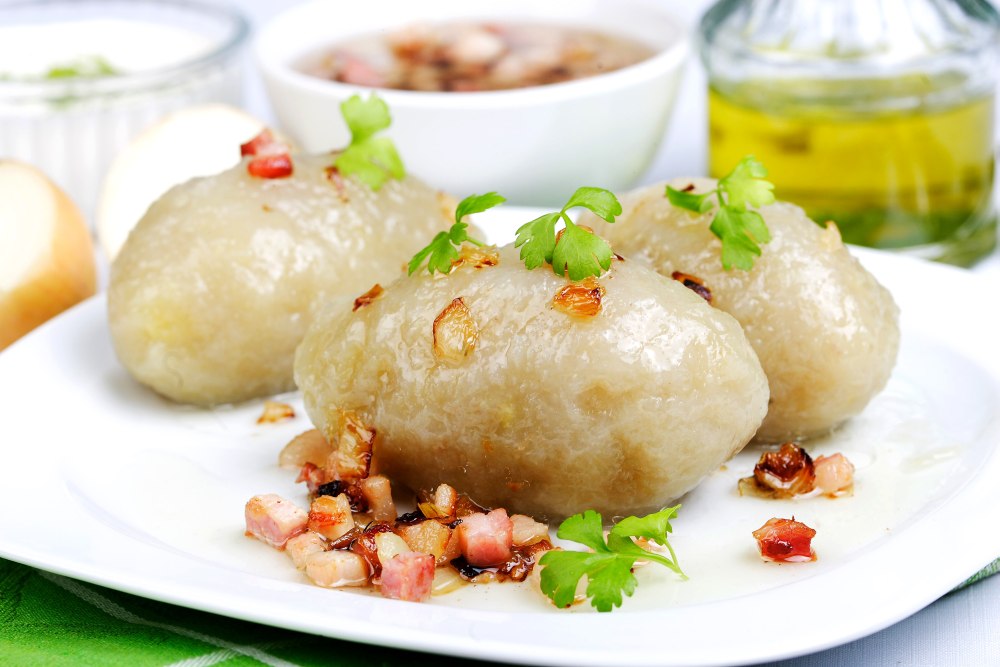 Marshlands and protected bird colonies in the Neman delta

The southeastern coast, a paradise for bird watchers . There is a large nature reserve with wetlands. This area is extremely fertile and offers refuge for hundreds of different bird species. A birdwatching station can be visited here, where avid hikers will enjoy watching the birds. 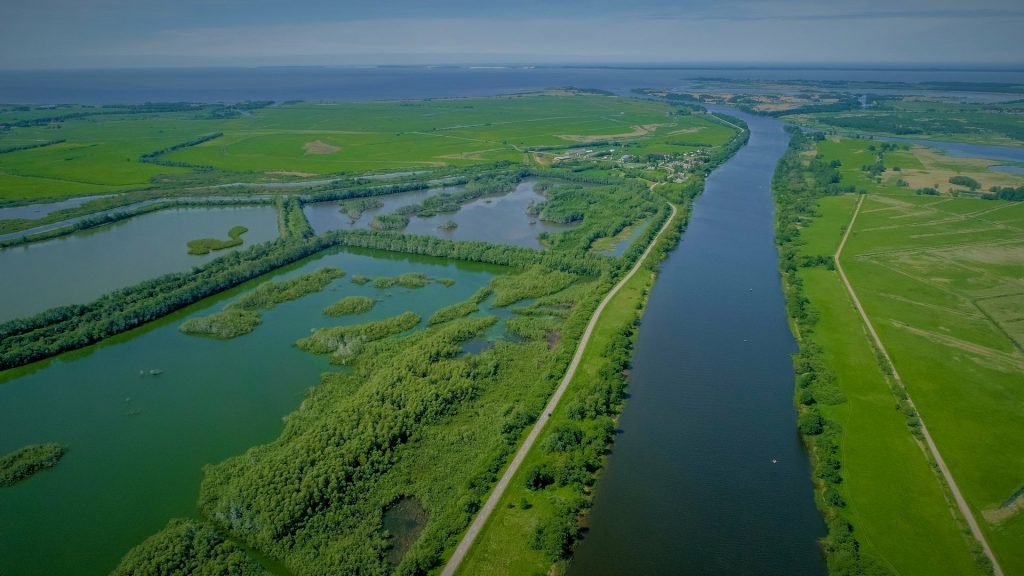 Marshlands and protected bird colonies in the Neman delta

About 25 km north of Klaipeda is the most beautiful seaside resort in Lithuania, Palanga. In summer it offers a strip of beautiful sandy beaches up to 20 km long, which is surrounded by the blue-green sea. Here you can do windsurfing and other water sports. 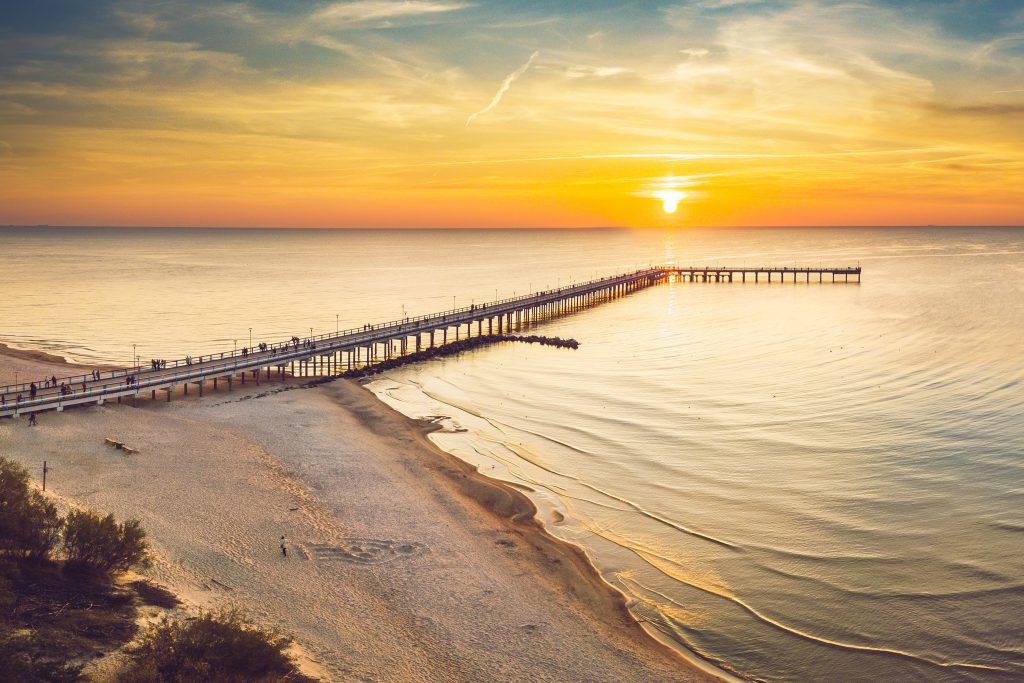 Territorial waters of the states in the Baltic Sea 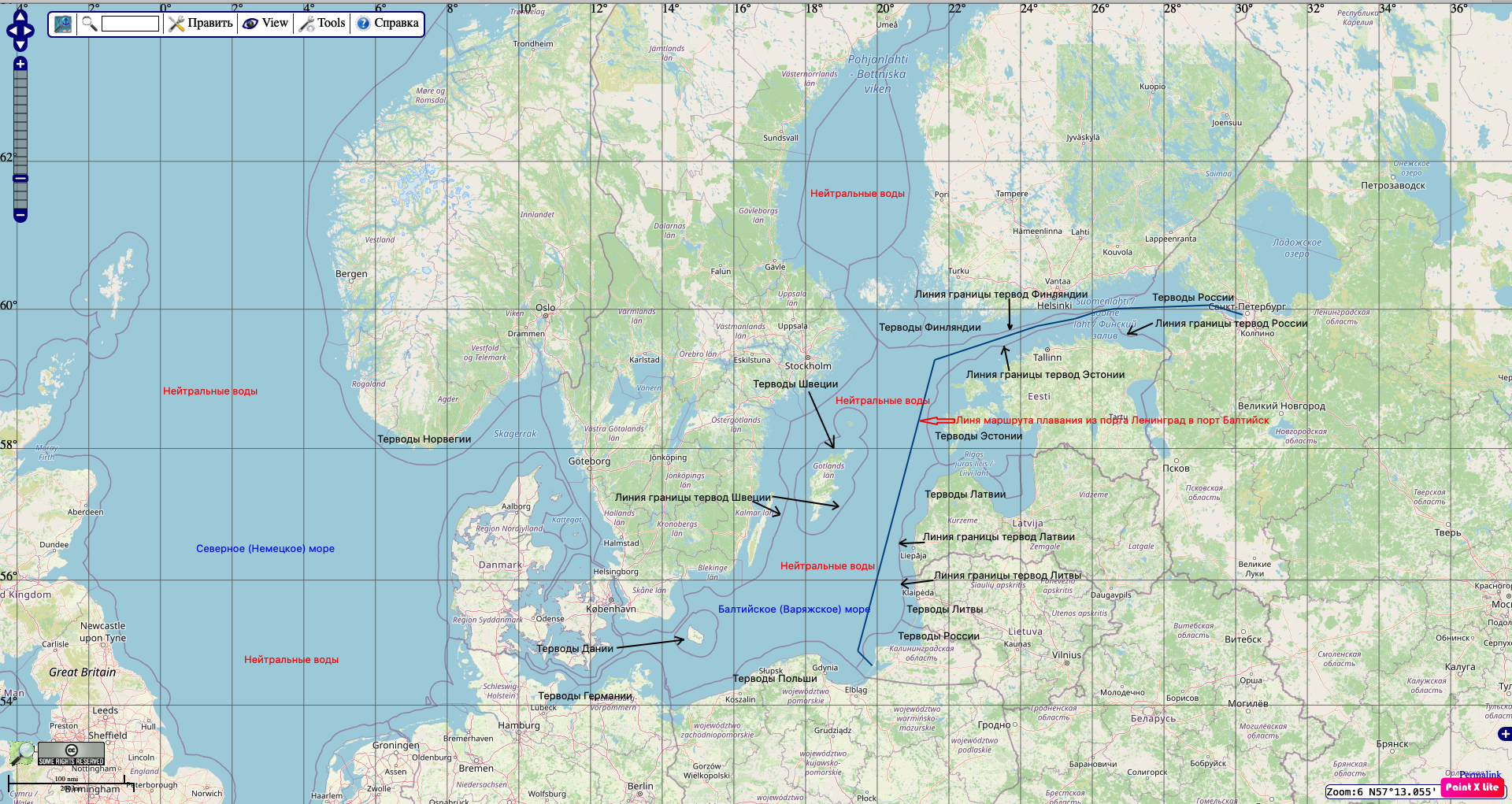 Map of the Baltic Sea, showing the boundaries of the territorial waters of the coastal states and neutral waters.

In the Baltic Sea, the Russian Federation has two areas with territorial waters, one in the eastern part of the Gulf of Finland, along the shores of the Leningrad region, and another, in the southeastern Baltic, along the shores of the Kaliningrad region. In the Gulf of Finland, Russia has a sea border with Finland and Estonia; in the Southeast Baltic, the Kaliningrad Oblast has a sea border with Lithuania and Poland.

Both in the Gulf of Finland and in the Southeast Baltic, sections of the outer boundary of the territorial waters of the Russian Federation are adjacent to neutral waters, especially the long stretch along the Kaliningrad oblast, so Russian merchant vessels and warships can sail between the Russian ports of the Leningrad and Kaliningrad oblasts without entering the territorial waters of any of the coastal states, which include Finland, Estonia, Latvia and Lithuania, which is especially important given the current international situation and their hostile or n

READ
The 10 most perfect and successful achievements in history 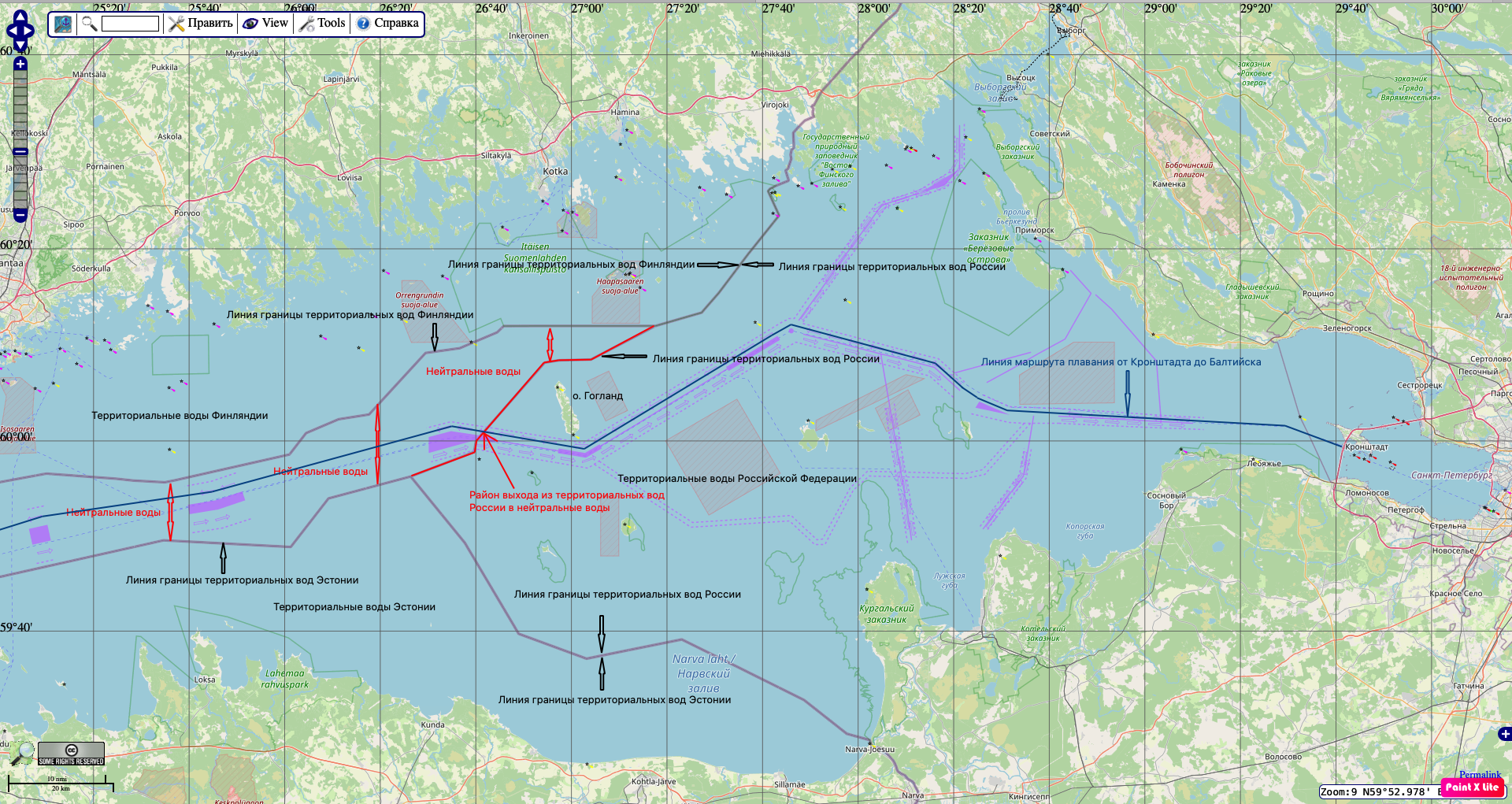 Map of the eastern part of the Gulf of Finland, showing the boundaries of the territorial waters of the Russian Federation, Finland and Estonia.

After leaving the territorial waters of the Russian Federation eight and a half miles west of the Russian island of Gogland (not to be confused with the Swedish island of Gotland) and before entering Russian territorial waters twelve miles northwest of the entrance gate of Baltiysk port in the Kaliningrad region, navigation of Russian ships and vessels throughout the route is in neutral waters, that is, in peace time and not in war, virtually unhindered, in accordance with the established traffic separation systems and recommended course Restrictions can arise if certain sea areas are temporarily closed by the military for the purpose of training exercises or other military purposes, but the closing of such areas is communicated via the NAVTEX System of Navigation Warnings in sufficient time in advance, and it is always possible to avoid such areas unhindered. It is unlikely that Estonia and Finland would jointly and simultaneously close the neutral waters in the Gulf of Finland between the borders of the two countries so that there would be no possibility of free passage through neutral waters and would also restrict the passage of Russian ships through their waters, depriving them of the right of innocent passage, because actually such a closure of waters in the Gulf of Finland would mean the beginning of war between these countries and the Russian Federation. It is unlikely that Estonia needs this, and it is quite unlikely that Finland – a neutral, at least before it joined NATO, and, in general, a country friendly to Russia – might need it.

The possibility for Russian ships and vessels to freely sail between the two Russian provinces in neutral waters, given the restrictions on transit through the territory of Lithuania of a large group of goods and cargoes, allows to deliver them to the Kaliningrad region on Russian cargo ships on the Baltic Sea.