The legends and mysteries of the Tower of London

When planning a visit to England, one can’t miss the Tower of London, whose walls defended the Thames, served as a palace, a storehouse of jewels, an arsenal, a mint, an observatory, and a zoo. But the fortress gained its particular gloomy appeal during the days of imprisonment. The Travellizy team reveals the innermost secrets of the famous architectural monument.

Architecture of the Tower

The Tower of London – an architectural complex in the shape of an irregular rectangle with a massive gate and six jagged towers; previously the fortress walls, 4.6 m wide, were surrounded by a deep moat. 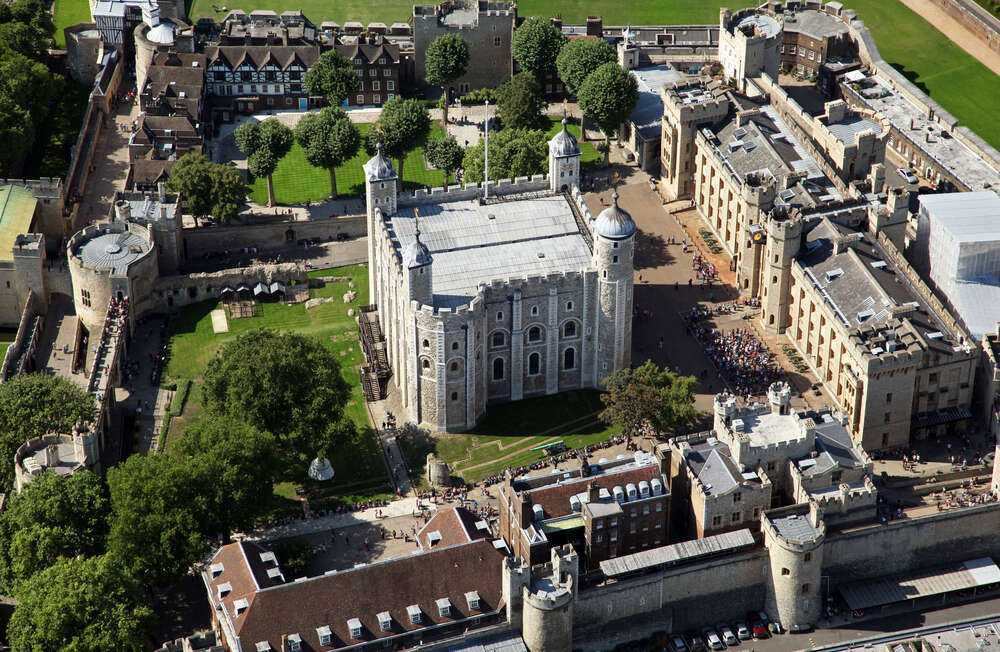 The towers of the Tower are built with a clear architectural silhouette and laconic decoration, emphasizing the defensive function of the fortress. The White Tower, the oldest part of the castle, got its name from the order to paint the castle white, which was fashionable at that time. It is the most fortified structure of the Tower, as it served as a last refuge, in case of capture, there are living quarters and large storerooms. Later the walls of the tower were decorated with arched niches with windows. Today the White Tower is a huge, massive, darkened by time four-storey structure, with 4 turrets and battlements. 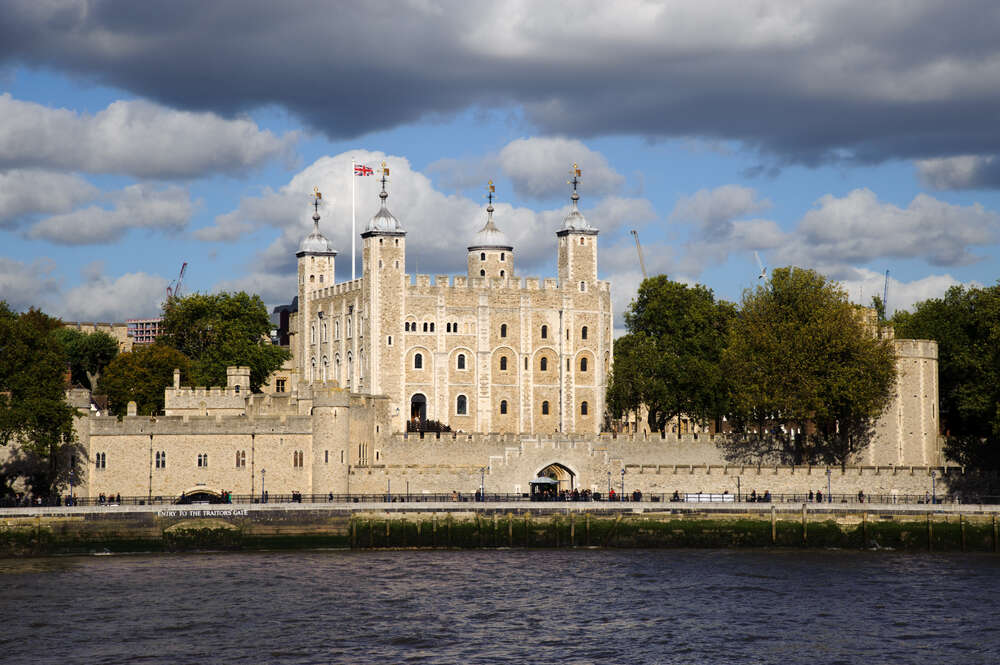 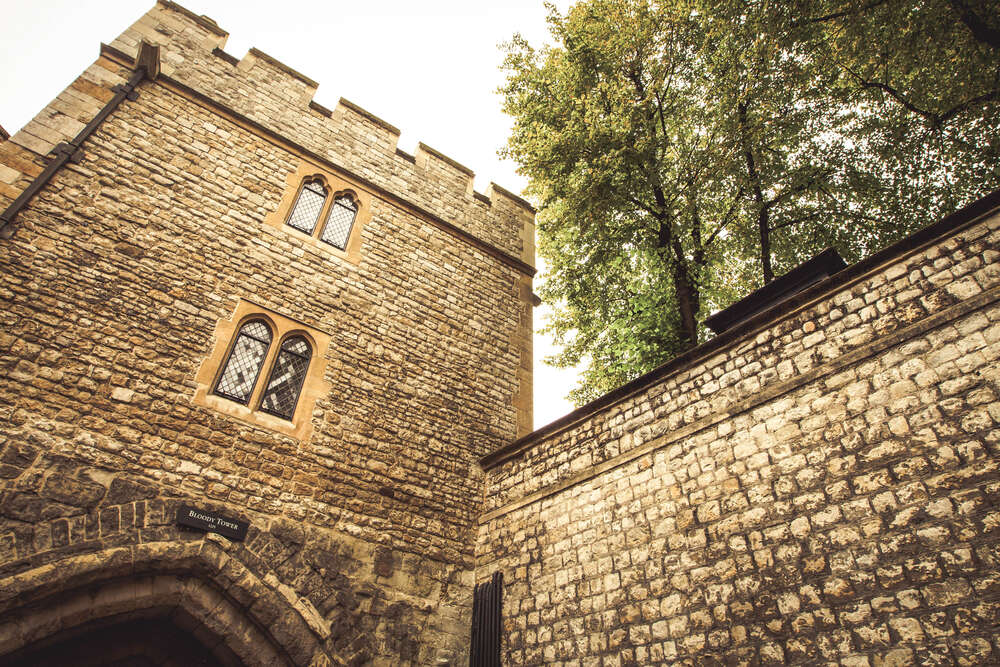 The prison in the defensive Tower fortress.

Founded in the 11th century, the Tower housed the first convicts – men of high standing and rank – as early as the 12th century. Kings of France and Scotland and their families languished in its cells, executions and assassinations took place here, and so did the legends of ghosts which are said to haunt the fortress even today. 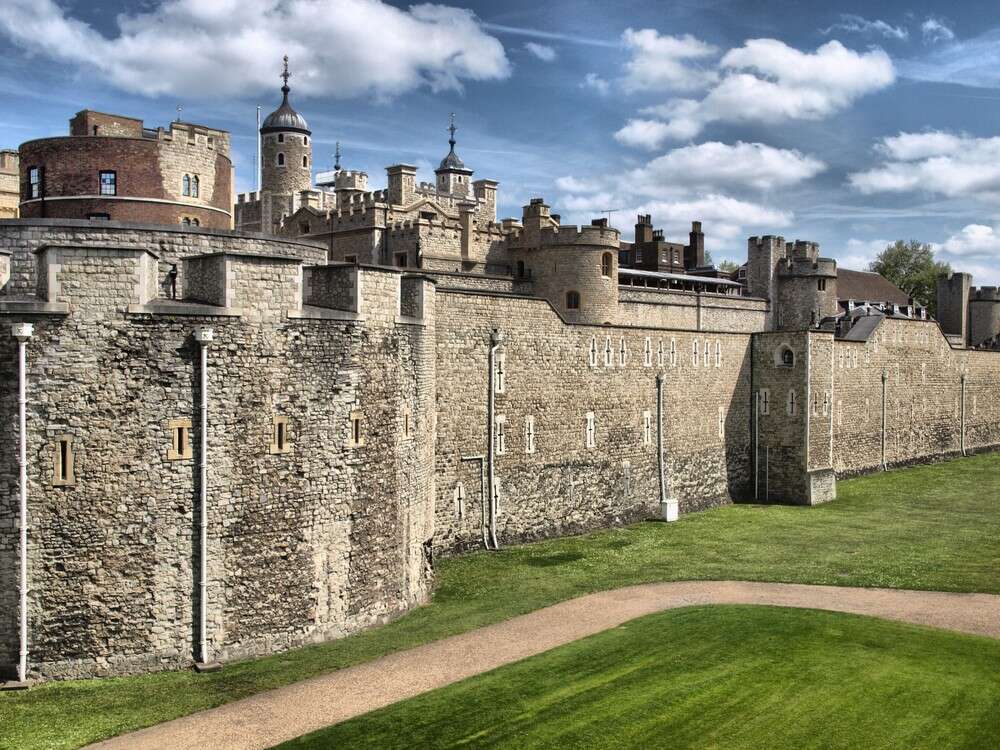 Prisoners accused of royal treason were brought to the castle through a waterway, the Traitors’ Gate, originally in the Bloody Tower, but later cut through into the Tower of St Thomas. 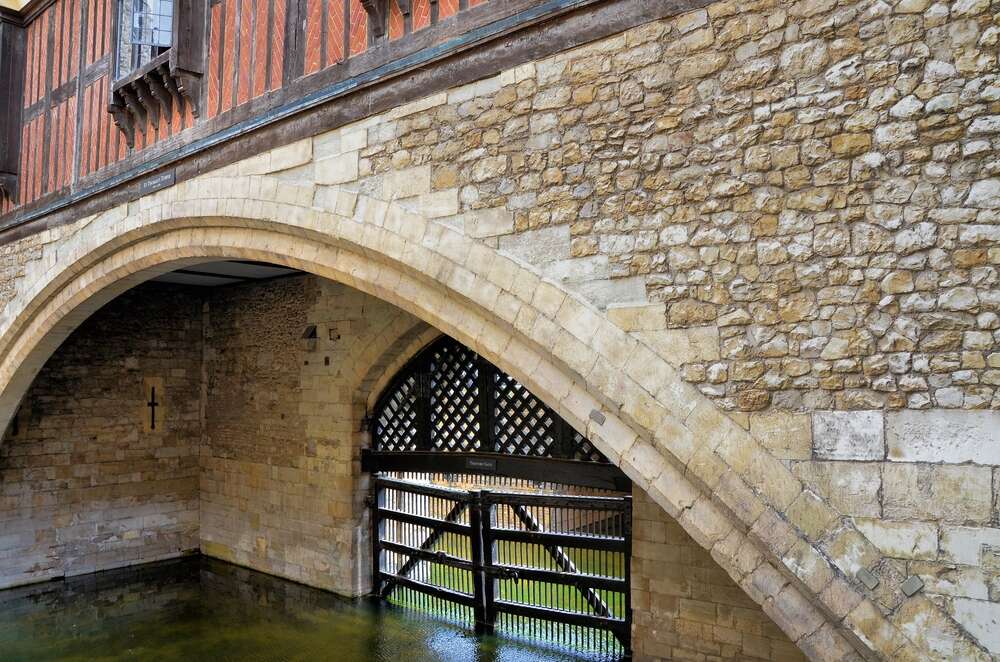 Only five executions were carried out within the castle itself; usually prisoners condemned to death were executed on Tower Hill, where curious visitors flocked. The bodies of the executed were buried in the chapel of the fortress, all 1500 bodies were found. The prison existed until the 18th century, but during the First and Second World Wars, the Tower was still used as a prison for prisoners of war. 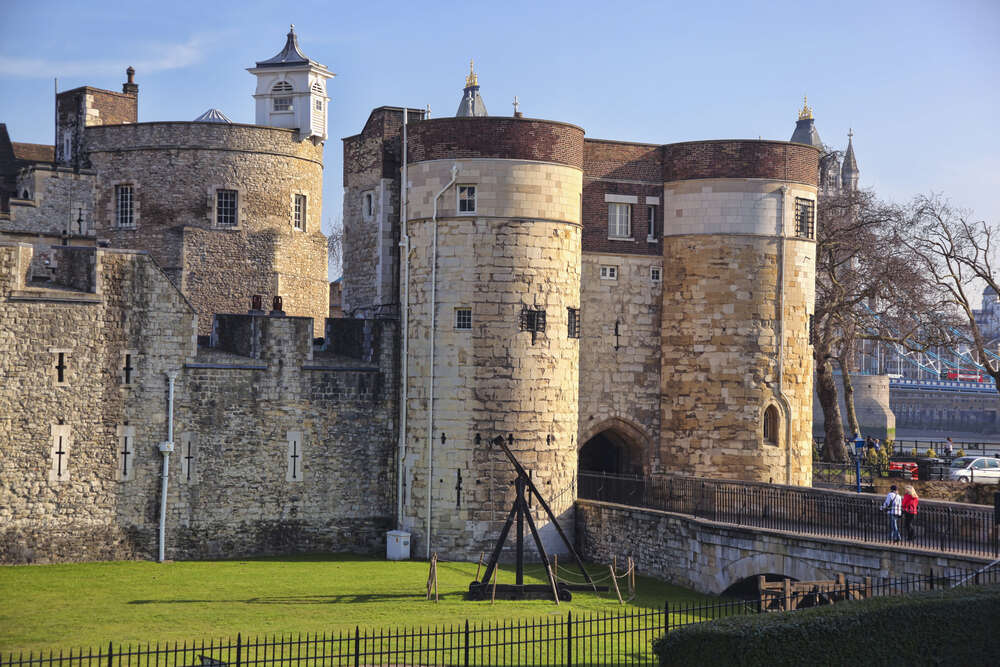 The ghost of Thomas Becket, Archbishop of Canterbury, haunted the castle in the 12th century. The priest was murdered on the steps of the cathedral on Henry II’s orders, and only left the Tower after Henry III had a chapel built.

Since the 15th century the ghosts of the Little Princes can be seen in the corridors of the Tower: 12-year-old Edward V and 9-year-old Richard, sons of Edward IV, who were murdered on the orders of the Duke of Gloucester, the guardian and uncle of the children. Sometimes, their ghosts are seen walking, holding hands. 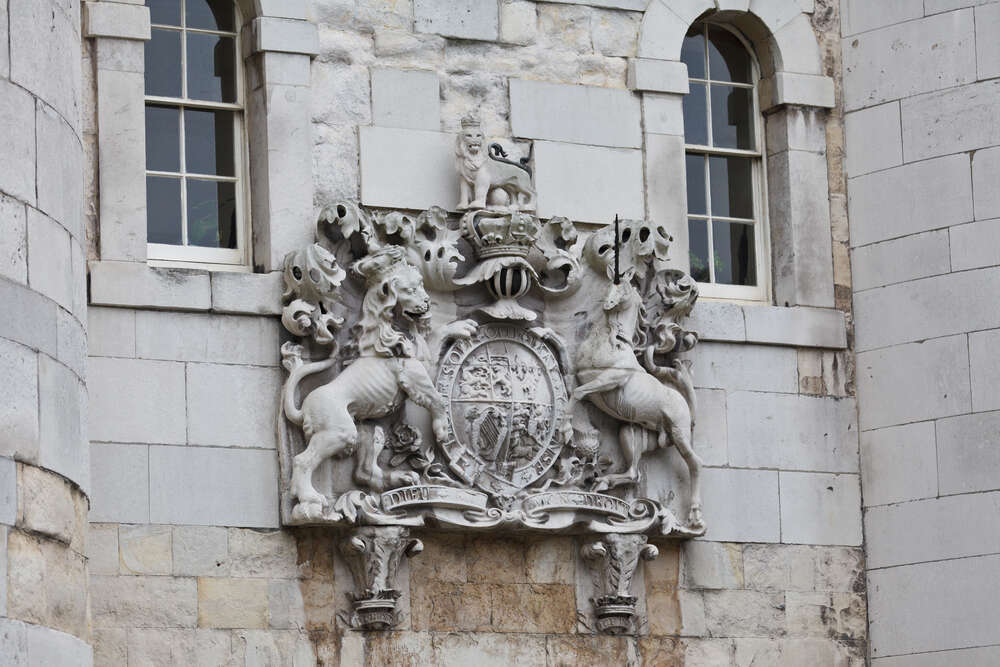 It is said that every year, on May 28, the day of the brutal execution of the 70-year-old Countess of Salisbury, mother of Cardinal Paul, one sees a ghostly vision of an execution with heart-rending screams. It was Henry VIII’s way of venting his anger on Cardinal Paul by massacring his mother. The inexperience of the executioner is thought to have been responsible for the particular cruelty of the execution back in the 16th century.

Since the reign of Henry VIII, the ghost of his beheaded wife, Anne Boleyn, who had been found guilty of treason against the king, had been haunting the castle.

Arabella Stuart can be seen in the Queen’s House, she was arrested for marrying without the King’s permission and starved to death in custody. 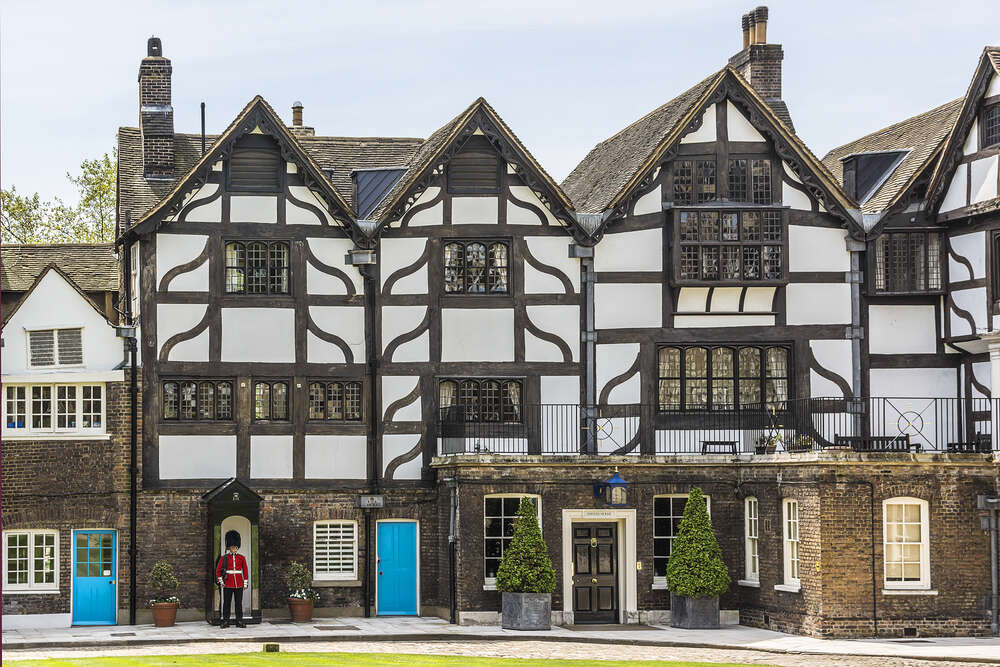 You’ll also find the ghost of George II, King of Britain in the 18th century, who died of a heart attack while waiting for important news from Germany. Rumor has it that he can be spotted in the windows of the Tower of London.

The Black Crows first appeared in the Tower in 1553. Their settlement is associated with the reign of the 9-day Queen Jane Grey, who after the appearance of the Raven was soon sent to the death penalty. The Raven also brought bad omens to the Duke of Essex by tapping on his window with his beak; the Duke managed to tell his visiting relatives about it and was soon executed. In the Tower the Raven appeared to all the prisoners who were condemned to death. Since then a whole dynasty of black crows has lived here. 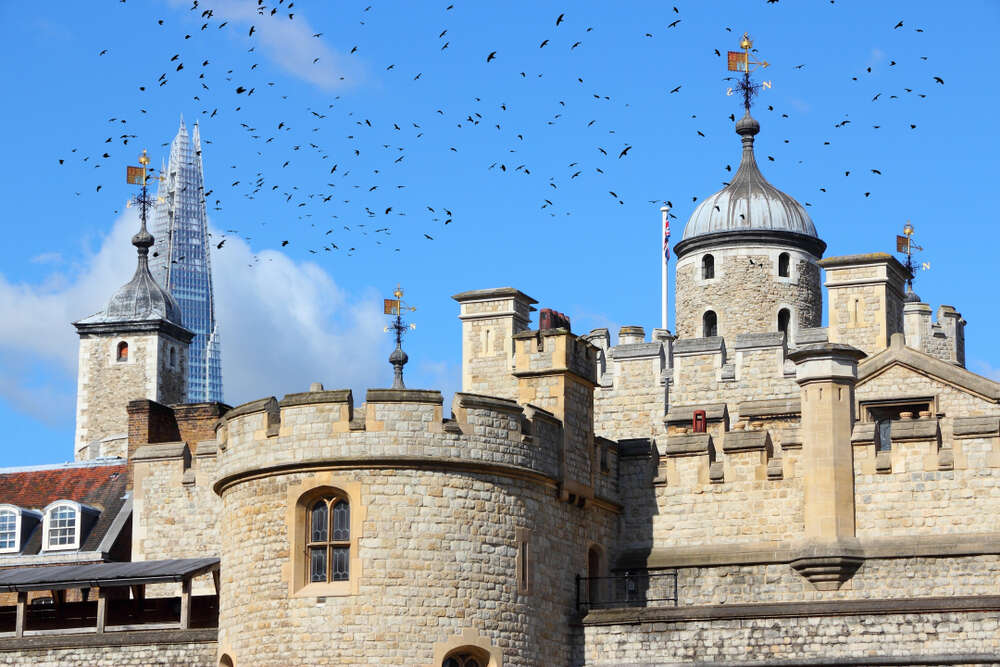 In the 17th century, Charles II issued an edict that six black crows were to be kept in the Tower and a guardian was to be appointed to look after the birds and ensure their sustenance. Today there are 9 crows living in the fortress: Marlin, Gwillum, Thor, Googin, Branwen, Munin and Baldrick, Marley, Erin, which are on the state maintenance, being a part of national defense. 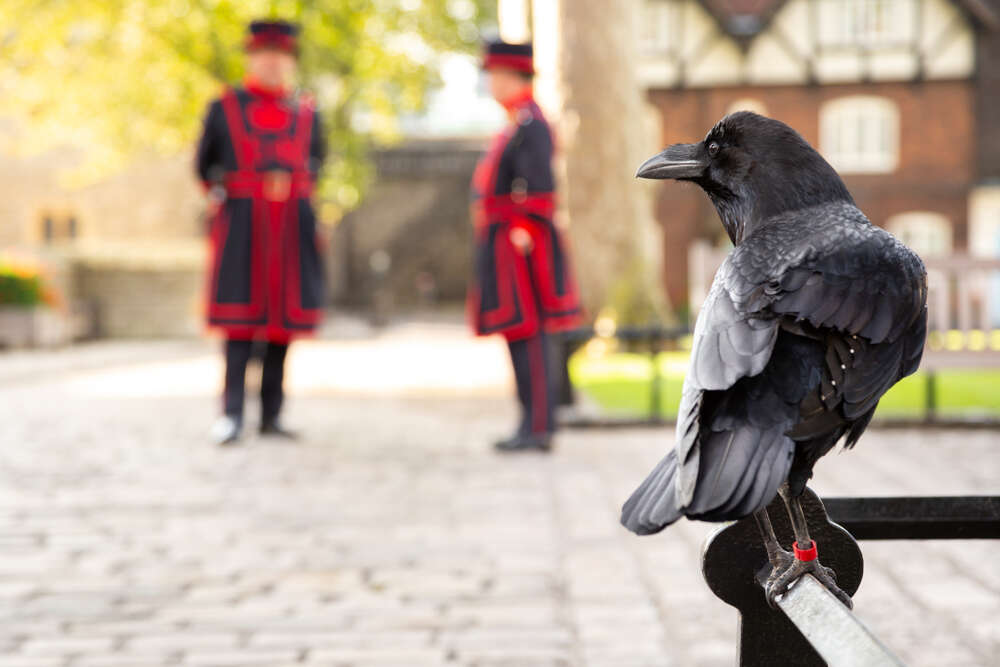 Legend has it that as soon as the crows leave the Tower, the kingdom of Great Britain will fall, so the wing feathers on the birds’ right wings are permanently trimmed painlessly. And the name of every raven that dies is added to the army’s honor rolls: as its life in the fortress is seen as a contribution to the integrity and security of the kingdom.

The modern-day Tower is Britain’s most popular attraction, with museums and an armory open to tourists, containing treasures of the British Crown. The fortress is still considered a royal residence. Today it houses private apartments where guards with their families and distinguished guests reside. 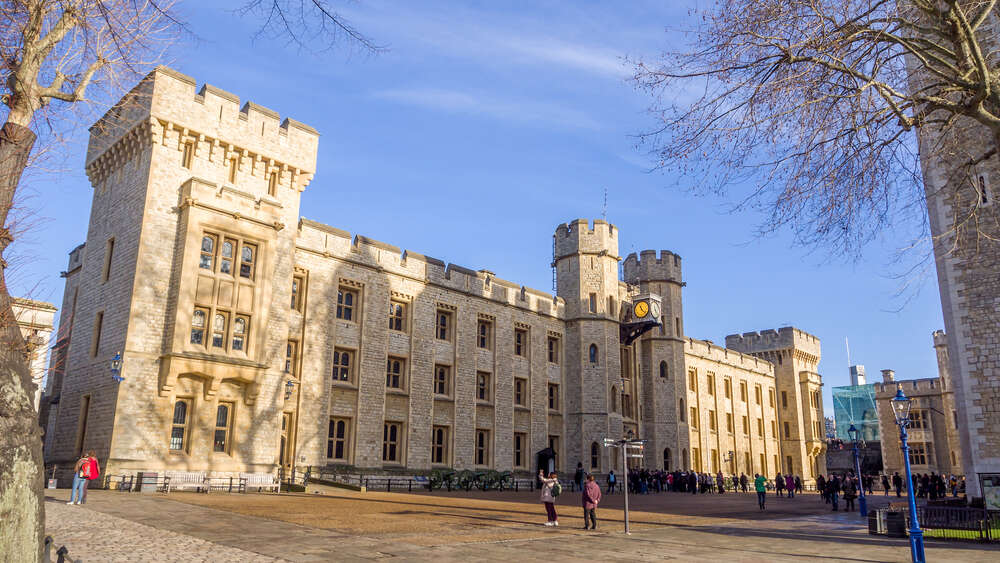 The theatricality of the Tower is given by the Yeomen, aka Beefeaters, aka guards of the castle, in fact, today more of a tourist attraction staff. The guardsmen are dressed in red uniforms and tall bear hats (the attire of the King’s personal guards since Tudor times). The yeomen greet all visitors at the entrance and, as darkness falls, conduct the ritual closure of the Tower gates, which is also a mesmerizing act. 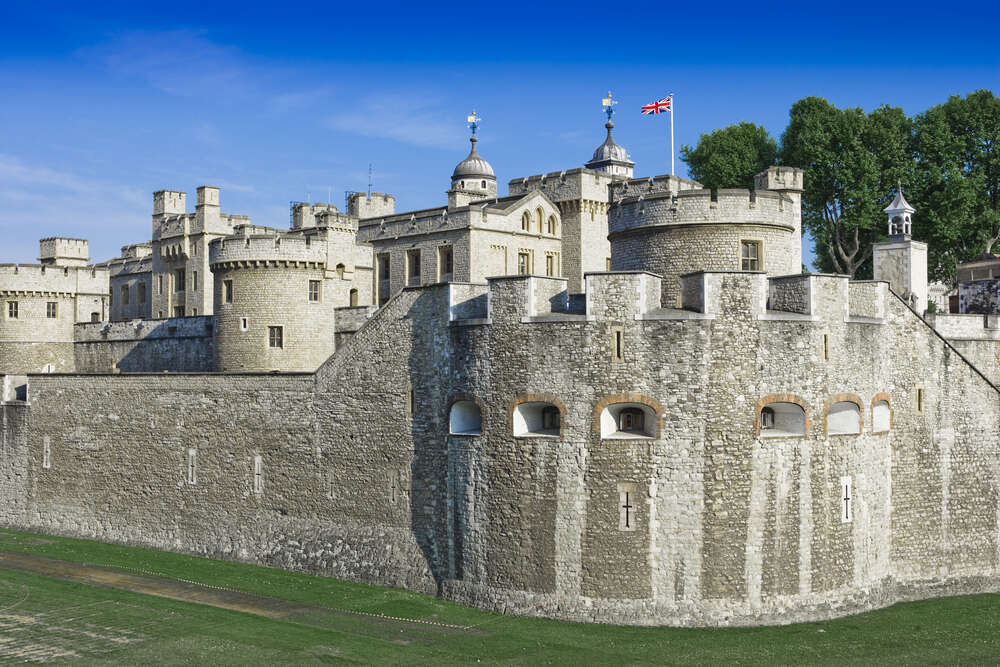 Admission to the fortress for adults costs €33, €16.5 for children under 15 years old and free entry for children under 4 years old. The ticket includes access to the Royal Treasure Vault, the White and Bloody Towers and the tour of the Yeomanry Guards. 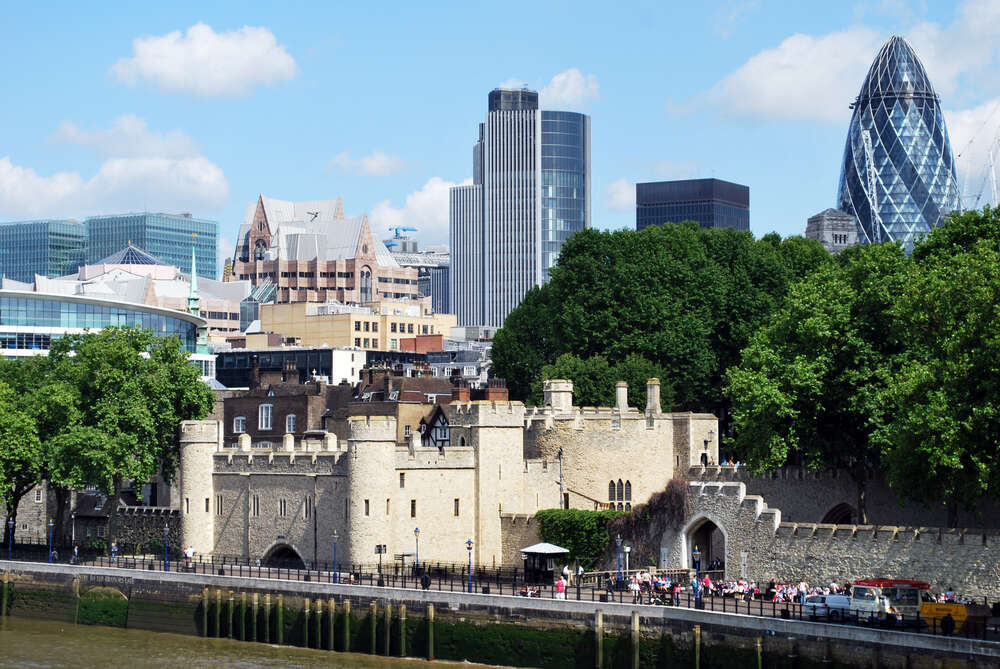 You can get to the Tower by Tube to Tower Hill station, which is a 5-minute walk from the fortress, or from Aldgate East, Aldgate, Tower Gateway, Bank, Monument, Fenchurch Street, London Bridge stations, which are also within walking distance of the landmark. 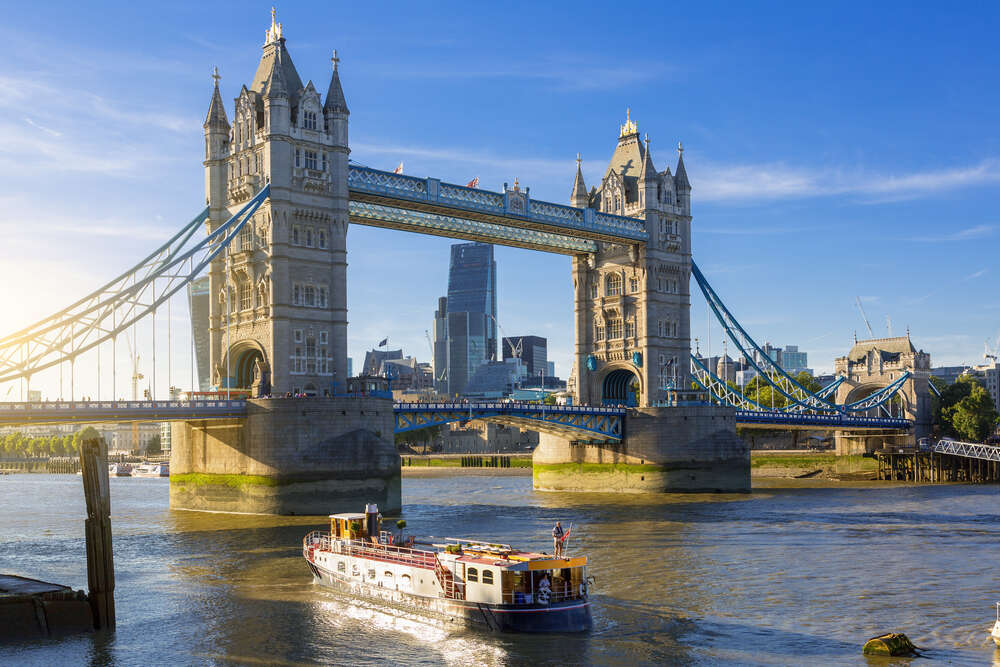 Visit the once gloomy walls of the Tower of London, see the “star of Africa”, one of the largest diamonds in the world, in the royal scepter, or maybe meet the local ghost? Travellizy offers the best options for flights to the UK – join us!