Latvia is a European country with an interesting history 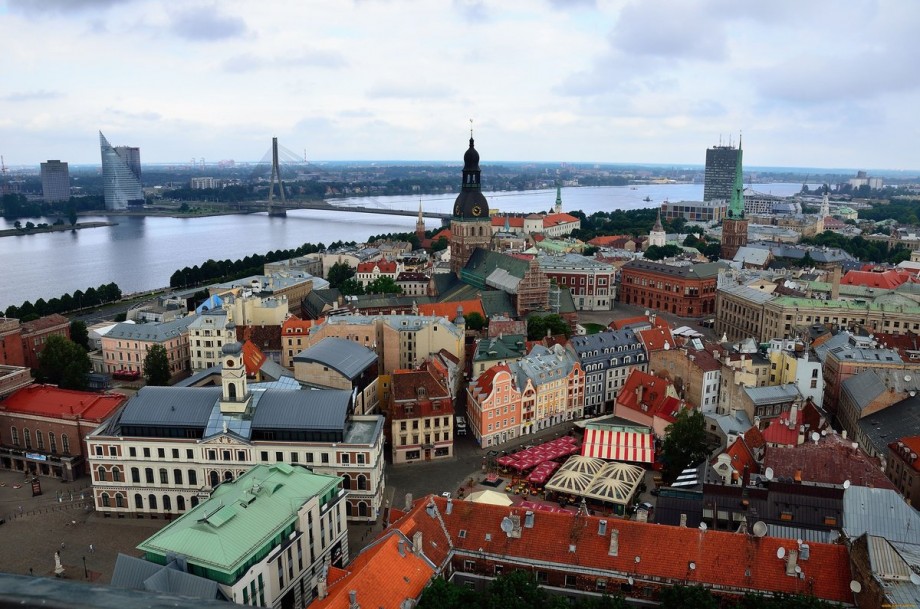 1.Latvia belongs to the three Baltic states, including Estonia and Lithuania.

The Baltics is a region whose name comes from the Baltic Sea, which washes the land.

2. Contrary to popular myth, Latvia does not belong to Eastern Europe, but to Northern Europe.

3. Latvia, or more precisely the Duchy of Courland, had colonies in Africa (an island in the Gambia) and in the Caribbean Sea (the island of Tobago) in the 17th century.

4. Latvia has 494 kilometers of sandy coastline. The area of the country is only 64 589 km2. According to this indicator Latvia ranks 122nd in the world. 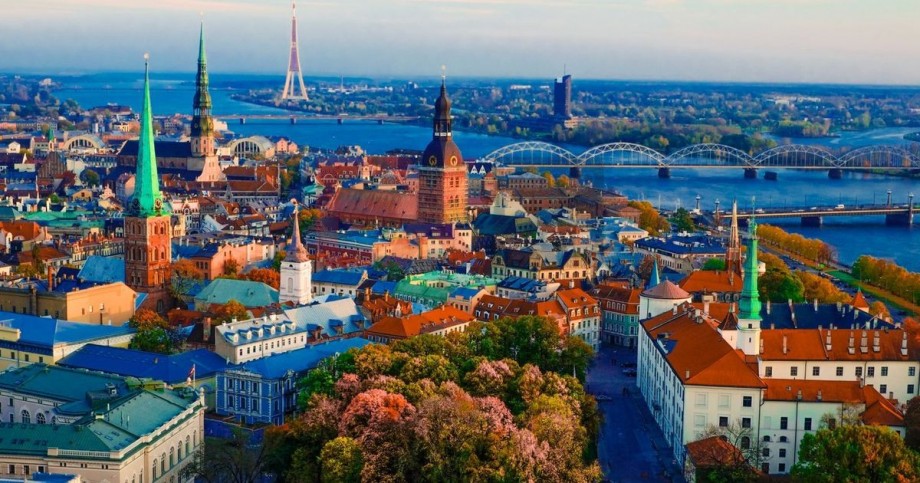 Riga is the capital city of Latvia.

6. Riga is the capital, the largest city and tourist center of the country. Population of the capital is 700 thousand people. Almost one third of Latvian population lives in Riga.

7. Riga is the largest city in the Baltic states. This city is called one of the most beautiful in Europe.

8. Art Nouveau style prevails in the architecture of the capital. Every third building in Riga is in the Art Nouveau style, which was popular in Europe in the early twentieth century. In total, there are more than eight hundred such buildings. 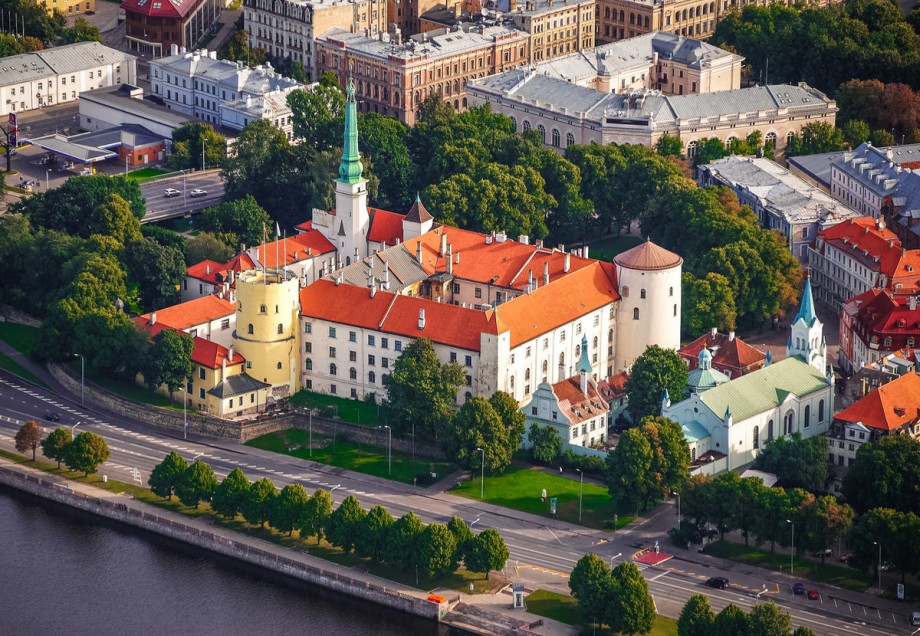 9.Riga Castle is the most famous sightseeing place in Latvia. It was built for the Knights of the Livonian Order back in 1330. Nowadays the Riga Castle is the official home of the president of Latvia – an interesting fact.

10.Old Riga is included in the list of cultural attractions of UNESCO. 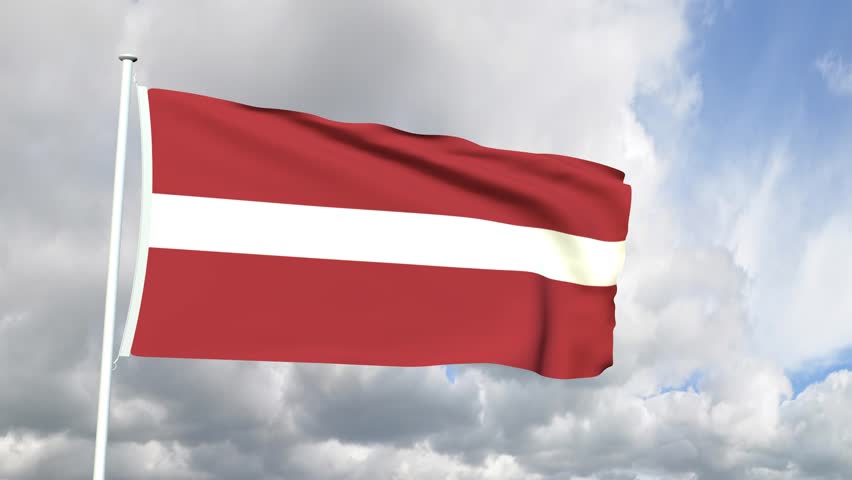 11. The Latvian flag is one of the oldest in the world – its first mention dates back to the 13th century. Only the Danish flag can boast a more ancient history.

13. On the Independence Day, every house here is obliged to display the national flag for all to see. Violators will have to pay a fine. 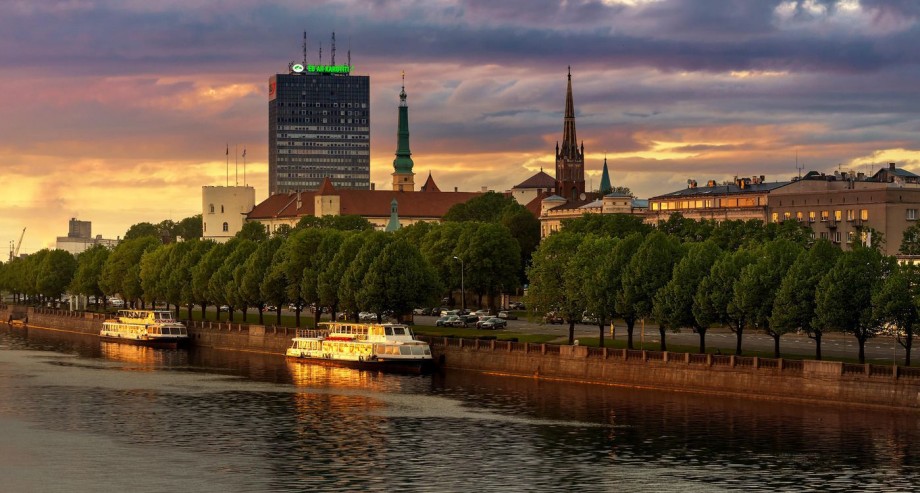 14.The official language in Latvia is only one – Latvian, but in fact more than a third of the population here speaks Russian. Many also speak English.

15. There is no official religion in the country, but most of the believing population are Lutherans. Eastern region of Latvia with predominantly Russian population professes Orthodox Christianity. 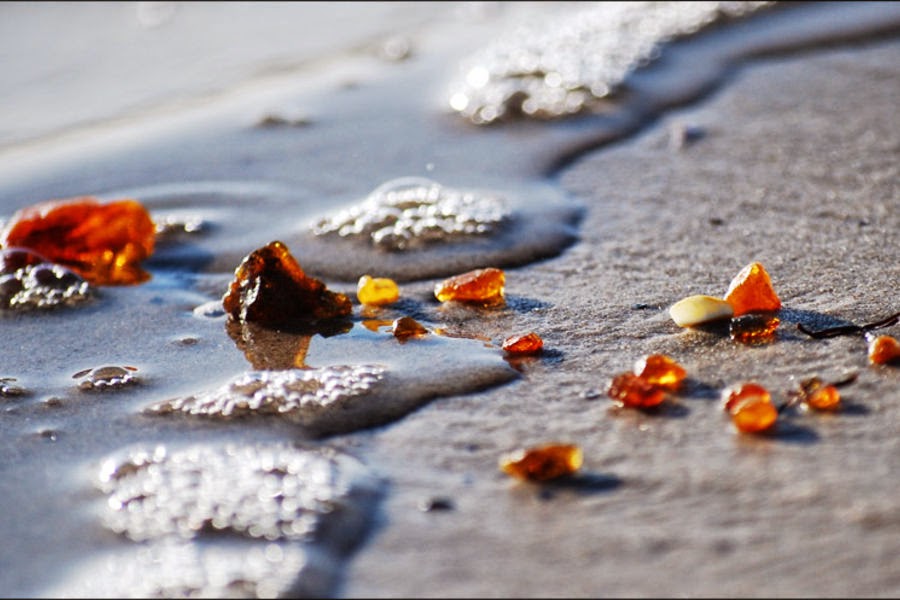 16. The national stone of Latvia is amber. Most tourists who come here buy souvenirs with amber. For amber come here from all over the world (often from China, the visitors from this country buy up amber for the production of whole lots).

17. Other symbols of Latvia are the crane and the white wagtail.

18. The only bobsleigh track in Europe is in the Latvian town of Sigulda.

19. Children under 16 are allowed to ride a bicycle here only if you have a special driver’s license. To get it you need to pass an exam.

20. The penalty for drunk driving in Latvia is 2 thousand euros and two weeks of administrative arrest. 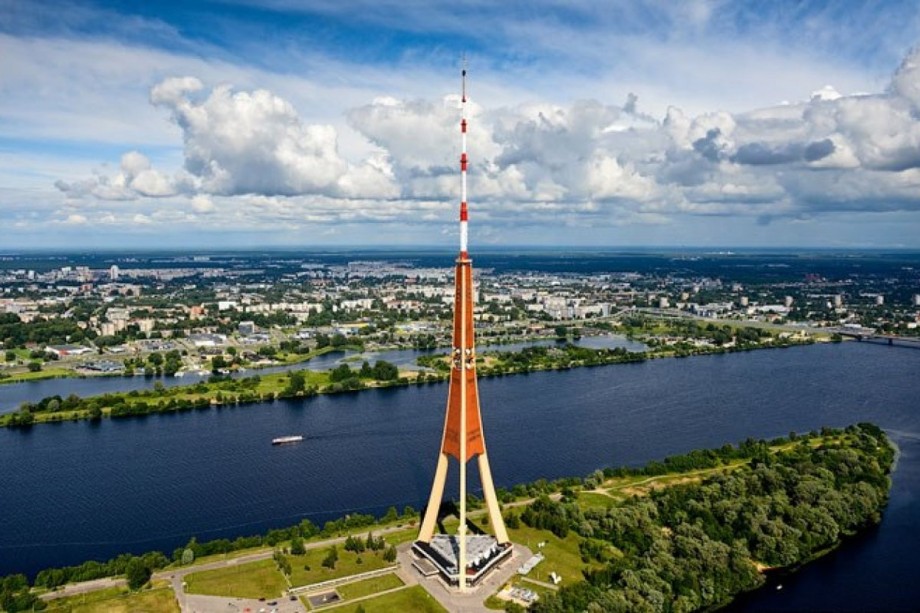 21. The highest building in Latvia and the third highest in Europe is the Riga TV Tower at 368.5 meters (after Ostankino and Kiev).

22. The world’s first Christmas tree was installed in Riga on the main market square in 1510. Strasbourg is considered to be the homeland of the Christmas tree, but Riga began installing it 95 years earlier.

23. Latvia has more models per capita than almost any other country in the world. Only Estonia, Iceland, Lithuania and Denmark rank higher on this list.

24. On Summer Solstice Day, the shortest night of the year, Latvians celebrate the national holiday Ligo.

25. Latvian Wilhelm Ostvald was a world-renowned scientist, winner of the 1909 Nobel Prize in Chemistry. 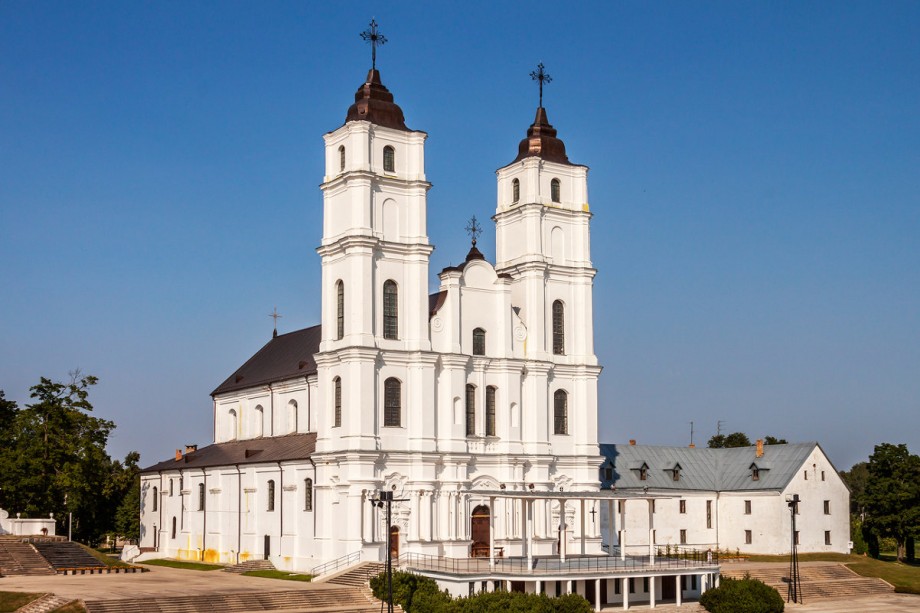 26. Aglona Basilica is the largest center of spirituality and pilgrimage in Latvia.

27.The oldest city in Latvia is Ludza. The first chronicles date back to 1177.

28. About half of Latvia’s territory is covered by forests. The air here is always clean and fresh, and this is due to the fact that a lot of attention is paid to ecology in this country. The ecological situation here is better than even in Finland and is inferior only to Switzerland.

29. In 2012 Latvia was at the top of the list of countries with the index of environmental efficiency.

30. About 20% of Latvia’s territory is under strict protection. The country has 4 national parks, 42 nature parks, 260 nature reserves, 355 natural monuments, seven marine protected areas, 24 micro-reserves and even a biosphere reserve. 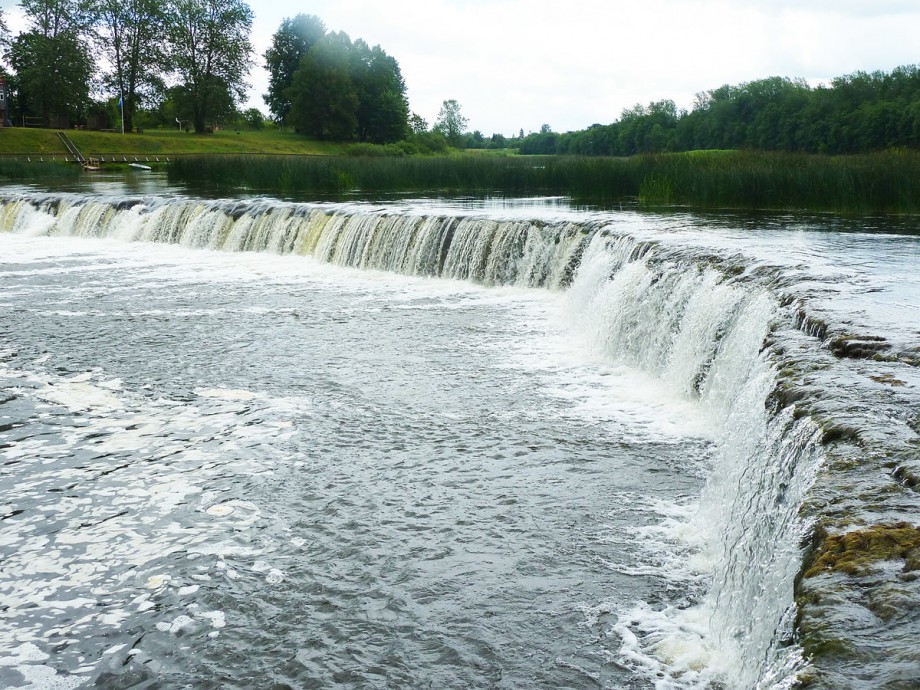 31. Ventas rumba in Kuldiga is the widest waterfall in Europe, its width is 249 meters.

32. For the first time in the Baltics, films with sound are shown at Riga Cinema.

33. Riga is the only city in Europe where five different religions and their temples coexist.

34. Riga has the world’s only Sun Museum.

35. Riga, the only capital of the Baltic States, has a circus. 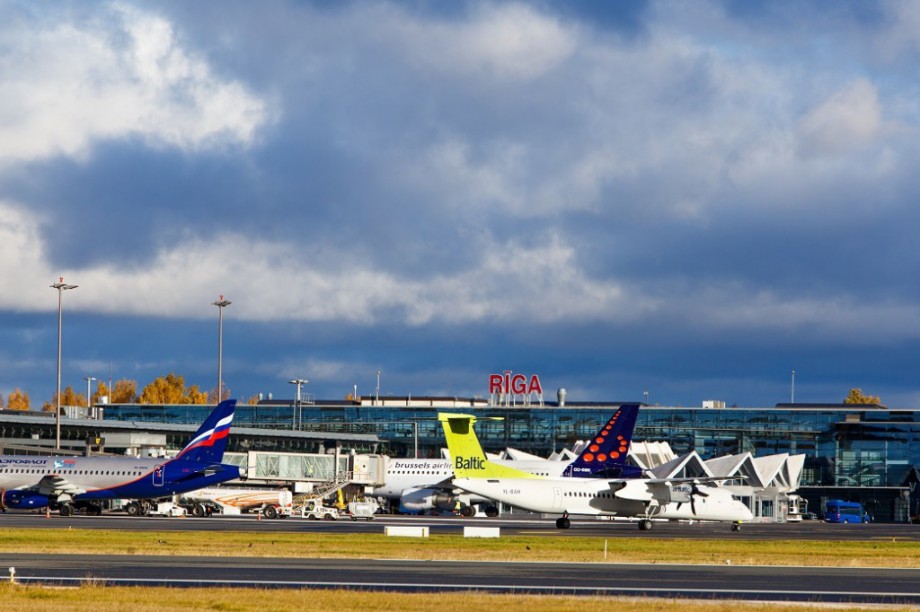 36. Riga Airport is the largest in the Baltic States.

37. The famous Soviet films “Seventeen Moments of Spring” and “The Adventures of Sherlock Holmes” were filmed in Latvia.

38. “Crocodile Dundee” was actually Latvian. According to some reports, the makers of the Crocodile Dundee movies were inspired by the story of Latvian Arvids Blumenthals, nicknamed Crocodile Harry. He was born in Dundaga in 1925 and then emigrated to Australia, where he began hunting crocodiles. Blumenthals caught about forty thousand crocodiles in his lifetime.

39. The famous fantasist Karl Friedrich Hieronymus von Munchausen is actually a real man, born in Germany, but who lived most of his life in Latvia. There is a museum dedicated to him in Dunte, where his estate was.

40. There are more than a million songs in Latvian folklore – they are called dainas.

The tallest building in Latvia

41. The tallest building in Latvia is in Riga, the Z-Towers, 135 meters tall.

42. The Dartz Motorz company from Riga manufactures the most expensive armoured off-road vehicles in the world under the Prombron brand name.

43. 43. The world’s first portable mini video camera was invented in 1937 by a Latvian, Walter Tsapp. 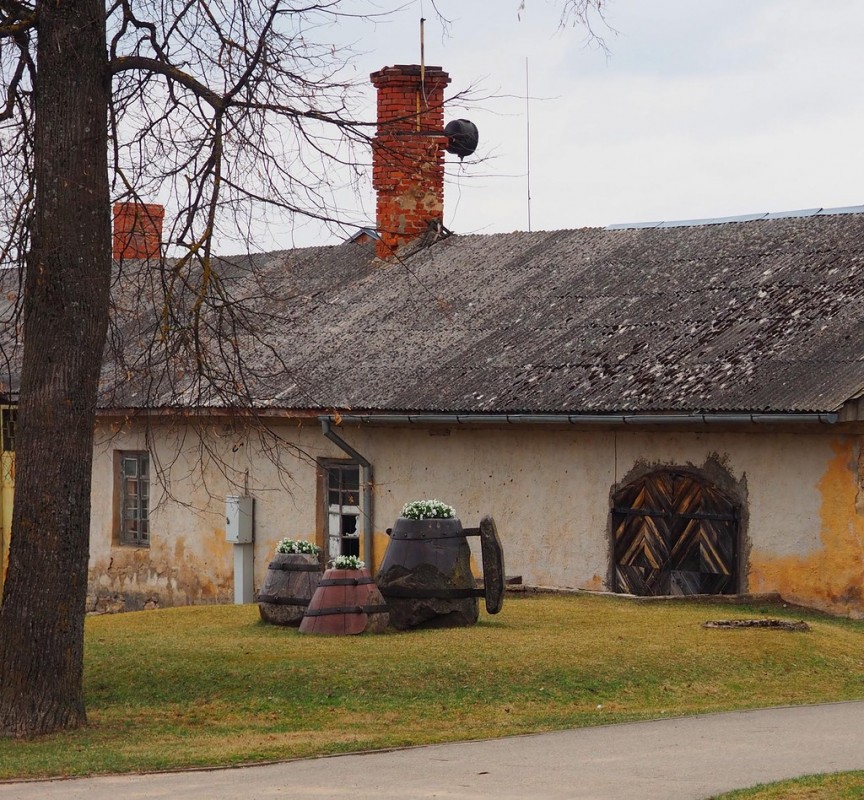 Cesis Brewery is one of the oldest in Northern Europe

44. Latvia has a long tradition of brewing. The brewery in Cesis is considered to be one of the oldest in Northern Europe. The first mention dates back to 1590.

45. Latvia’s famous rye bread is listed among the EU’s 40 most unique products. 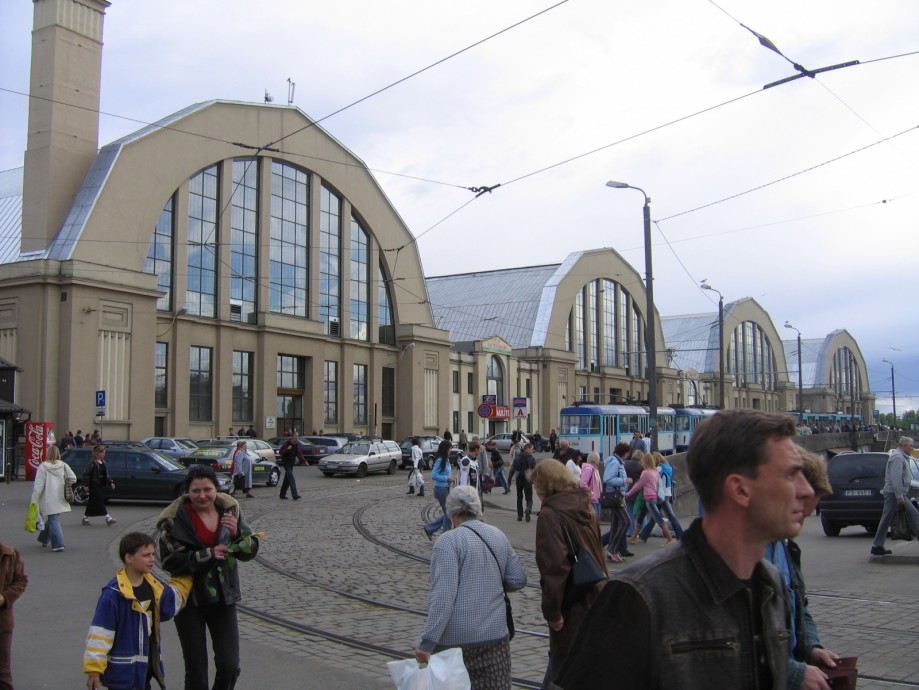 47. The Riga Central Market is the largest in the Baltics and one of the largest in Europe, with an area of 72,000 m2. It is also included in the UNESCO list of cultural attractions. The pavilions of the central market are the former hangars for airships.

48. The law forbids anyone in Latvia to keep fighting breeds of dogs at home.

49. Adult literacy is very high in the country: 99.8% of the adult population have completed their secondary education. The average life expectancy of men is about 77 years and 82 years for women.

50. Every year more than 1.5 million tourists from all over the world visit Latvia. Every year the tourism industry increases its income by about 15%, which is one of the best indicators in Europe.