It is a place which has survived the remnants of the ancient Mayan civilization, which is considered not only advanced, but also bloodthirsty, because their rituals were accompanied by human sacrifice. It is located in the north of the small state of Belize, between two reserves on the banks of the New River. Until now, far away in the jungle looking at the world the ancient ruins of the Maya settlement, hidden from civilization by dense thickets.

At Lamanai there remain pyramids that were once built for ritual purposes, these ceremonies being the killing of people with their heads cut off and then thrown from the heights of these structures. It was a large and densely populated area.

Archaeological work at Lamanai first began in 1974. Scientists have long studied this ancient settlement and its differences from others, they calculated that the first citizens lived there as early as 1500 BC. This city had undergone a demographic upheaval, but despite all the misfortunes experienced, the people did not leave this place, they lived there until the conquistadors came here in the 16th century. 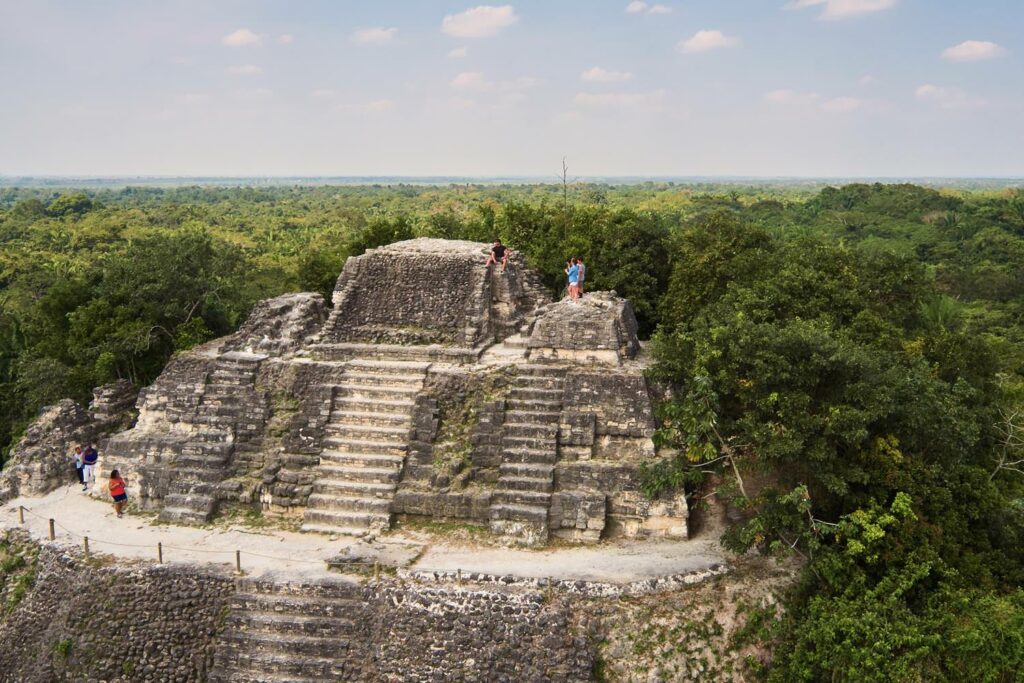 At that time, the site had about 20,000 inhabitants. The Maya lived there for several years after the invasion, but the Spaniards mistreated the population and the latter could not stand it any longer. They were then forced to return and resettle there, everyone was christened, churches were built right on sacred Mayan land, and riots broke out against it, leading to the town being burnt, destroyed and abandoned again.

Belize is not a very rich country, little is spent on excavations, so they happen slowly and periodically. Lamanai is believed to be no more than a couple of percent explored, with the remaining 98 still lying in the bowels of the earth waiting to be dealt with by scientists.

The tallest pyramid in Lamanai is the High Temple, built in honor of the God of Rain, on which monkeys scream like mad. It rises 33 meters from the ground, with a view of the New River and the impenetrable jungle. It will also be interesting to look at the Temple of the Jaguar, its appearance resembles the grin of the animal.

Nearby is the pier, to which local fishermen sail in small flimsy boats, as if not afraid of the water crocodiles, not for nothing the name of the city means “crocodile in the water. 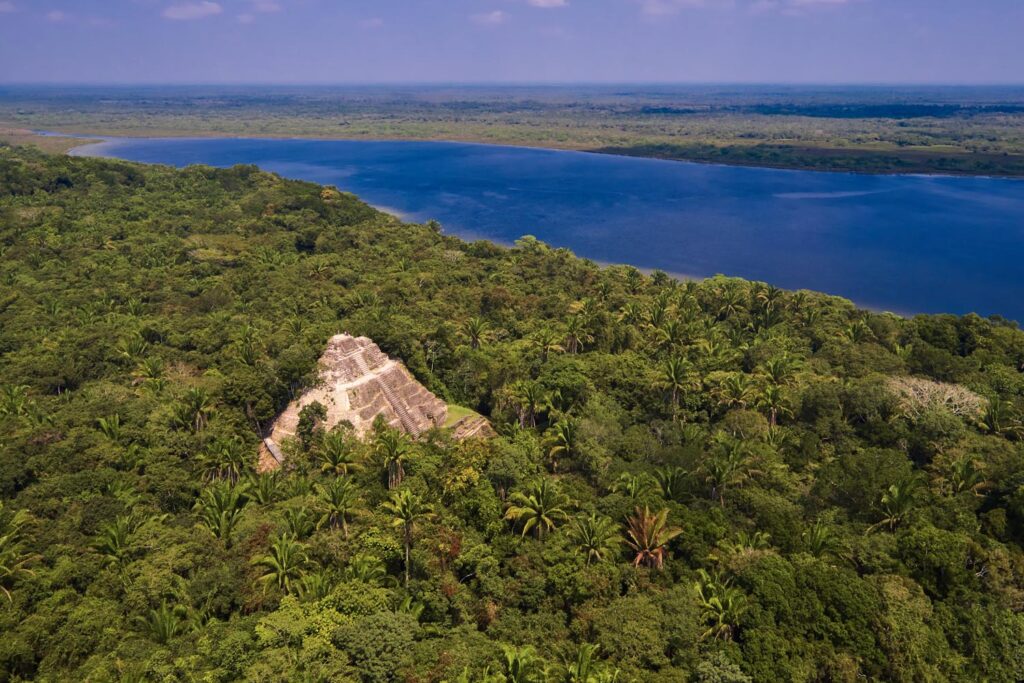 In Lamanai is not forbidden to climb the stairs, as in Tikal, you can walk up to every temple, but sometimes you find a steep climb, then over such places pull a rope.

There is also a pyramid of masks, the outside stone sculptures are not real, the originals are inside, so that pesky tourists do not trash these historical sites. This structure was built in 550 BC. 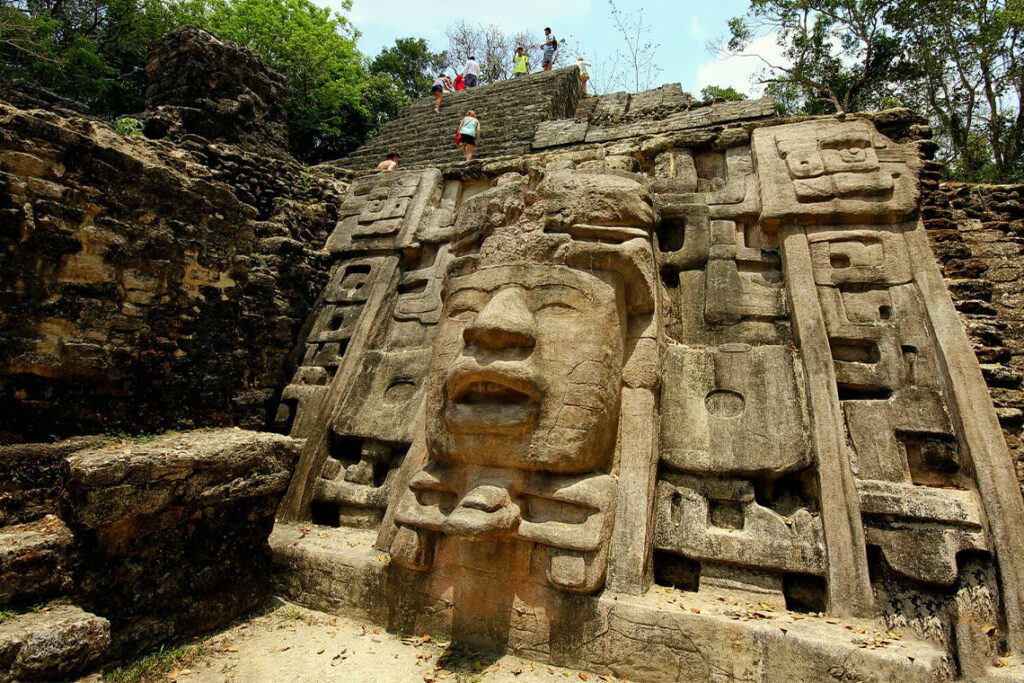 There is also a stele that was dedicated to the local ruler. Sometimes from the height of the temple you can see the yabiru bird, it is the largest in this hemisphere. Lamanai is also home to black monkeys, they are to be feared, they may attack.

The history of this “water crocodile” stretches back 3 thousand years. Now, despite the ongoing excavations, the city is open to tourists.

Lamanai – the ruins of the most enduring Mayan city. Belize

In the northern part of Belize, between the Rio Bravo Conservation Area and the Crooked Tree Wildlife Sanctuary on the banks of the New River are the remains of one of the ancient Mayan cities called Lamanai.

Lamanai on a map

In the depths of the Central American jungle are still living out their next millennium, several buildings of the ancient Indian settlement. The lush forest vegetation tries to hide from prying eyes the legacy of a very strong, and sometimes bloodthirsty civilization. 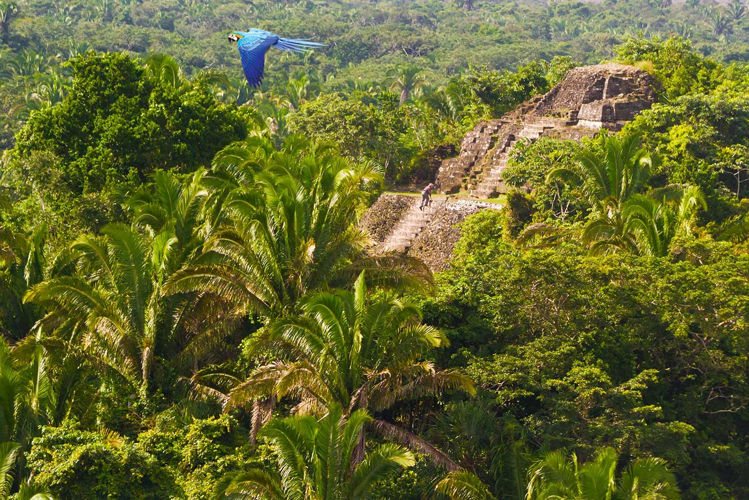 It is known that the Maya periodically liked to pour blood on their land. It was done very subtly. Ancient texts describe ritual ceremonies where the heart and other internal organs, which are no longer needed, were ripped out of living people. The entire action was accompanied by copious rivers of blood. Then the head could be cut off and thrown from the upper level of the pyramidal temple. These pyramid-shaped temples have survived to this day in Lamanai.

It was a very large settlement at that time. Some scientists believe that Lamanai was the largest Mayan city in ancient times. It was a ceremonial center. It is possible that with those pyramids, where all the tourists so eager to climb, once dumped the heads, sacrificed unfortunate people. 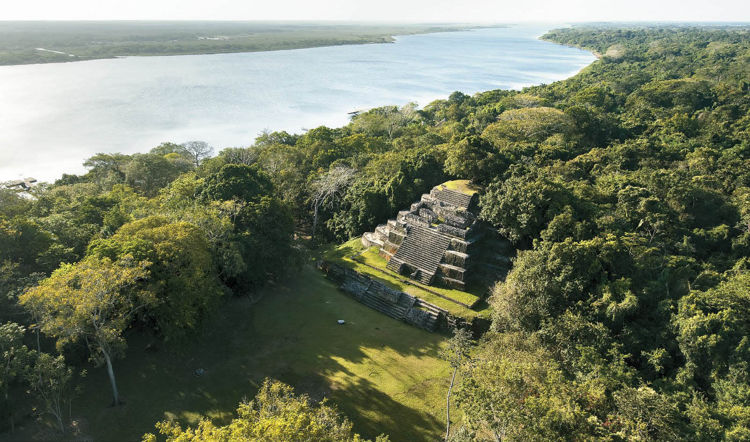 The name of the city means “immersed crocodile” or “drowned crocodile. Early Spanish missionaries noted that the word Lam’an’ain was very common in these parts. It most likely referred to its name.

Archaeologists have established that 1,500 years BC the city of Lamanai already had inhabitants. It is believed that after 900 AD the history of the great Maya people has sunk into oblivion. And, like many cities of this civilization, in the 9th century Lamanai was subjected to great social and demographic upheaval. But people did not leave the city. It was inhabited until the 16th century, when the Spanish conquerors first came ashore.

The Spaniards were not ceremonious with the locals. The brutal treatment forced the Indians to leave the city. But the European conquerors often caught fugitives and forced the Indians to return and work for them. The Indians were forcibly baptized. And churches were built on the site of ancient Mayan sanctuaries. The locals, of course, did not like it, and periodically there were uprisings. It went so far that, according to the records of 1641, Lamanai burned out and was abandoned.

In the 18th century, the Spanish left Belize. And until almost the end of the 19th century, British laborers and their families lived around the town growing sugar cane.

In 1974, a professional and full-scale excavation of the ruins of the city began. Archaeologists found many artifacts at the site of the search, some of which are now on display in a local museum. It is believed that the city is only 5% explored. What secrets Lamanai holds are yet to be discovered. Excavations are still going on.

Temple of the Mask

The most prominent structures that have survived are the Temple of the Mask, in which you can see the bas-relief in the form of a huge stone head. 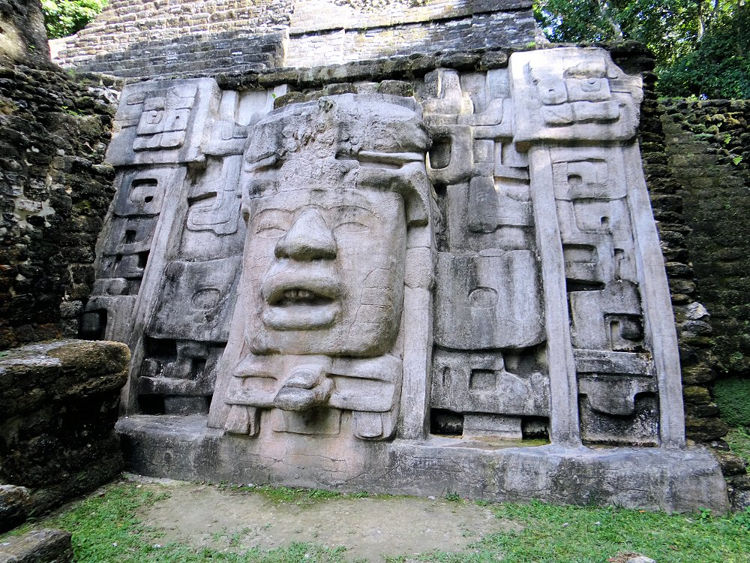 The High Temple is the largest and tallest pyramid in the city of Lamanai. It is about 33 meters high, and the views from the top are mesmerizing to the surrounding jungle and the New River flowing nearby. 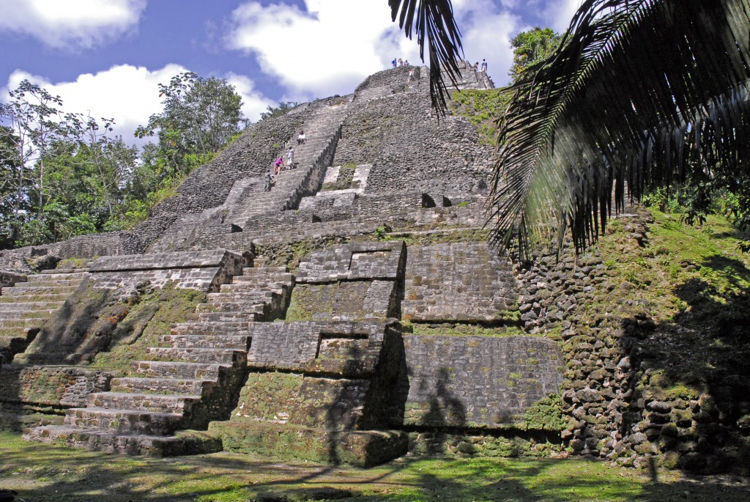 Another thing worth checking out is the Jaguar Temple. There is something about it that resembles the animal’s predatory grin. 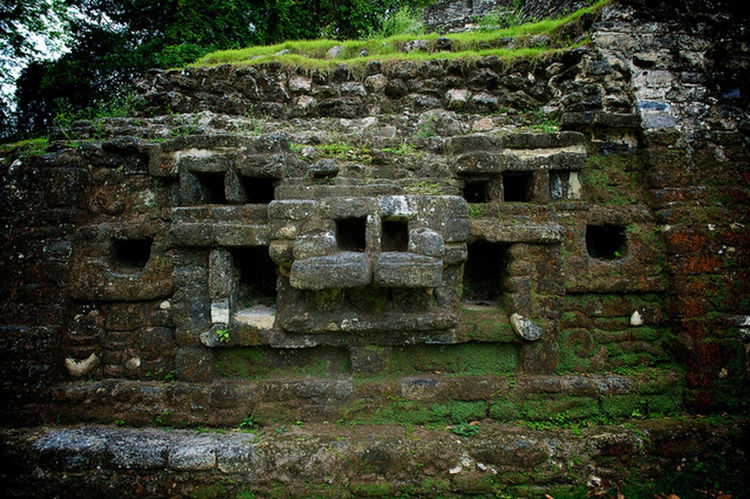 In addition to the ancient structures, in the surrounding area you can admire a large number of local animals and plants. If you are lucky, you can see the yabiru bird, which is considered the largest in the Western Hemisphere.