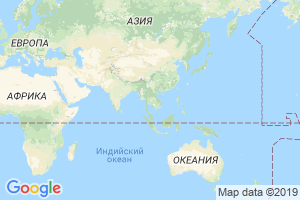 Thailand – a country in Southeast Asia, located in the southwestern part of the Indochina Peninsula and the northern part of the Malacca Peninsula. It borders Cambodia and Laos in the east, Myanmar in the west, and Malaysia in the south. Before 1939 it was called Siam; in Thai it means “freedom.

“Thailand” is an anglicized version of the country’s name, introduced in the 1930s, and means “country of Thais”; the Thai version sounds like “Myang Thai” or “Prathet Thai”. The name “Thai” is interpreted by the Thais themselves as “free”, hence Thailand – “country of Thais” or “country of the free”. The name is well worth it: Thailand is the only country in Southeast Asia, which at one time retained its independence.

The Kingdom of Thailand is a state located in Southeast Asia, on the Indochina and Malacca peninsulas, bounded by the Andaman Sea from the west, the Gulf of Siam from the east, the South China Sea. Thailand stretches from north to south (the distance from the northernmost point to the southernmost point – 1860 km). Due to its central location in South-East Asia and stretching from north to south, Thailand has the most varied climate in South-East Asia, so the crops of the main crops are harvested several times a year, and the tourist season “flows” from one climatic zone to another, making Thailand one of the few year-round tourist centers in the world. Forests cover 10% of the country: tropical deciduous forests in the north and evergreen tropical forests in the wetter southern regions.

Geographically, climatically, in terms of natural resources, the variety of landforms and even the ethnic composition of the population Thailand is divided into five main regions: Central, Eastern, Northern, North-Eastern and Southern Thailand.

The easiest way to reach Thailand (if it is not a charter flight) is through the capital of the state – Bangkok.

Bangkok has two major airports – the old Don Muang was once the busiest international airport, but since the opening of the new international airport Suvarnabhumi has lost its functions. The new airport was opened in 2006 and is now Thailand’s largest airport and one of the largest on the planet. It is located 25 kilometers east of Bangkok and receives charter and scheduled flights. International flights arrive at terminals BKK-1 and 2. Non-stop flight to Bangkok from Moscow takes about 10 hours. The following Russian cities have air communication with Bangkok: Yekaterinburg, St. Petersburg, Krasnoyarsk, Vladivostok, Novosibirsk and Irkutsk. You do not need a visa to enter Thailand for up to 30 days.

The following documents are required for passport and customs control: passport (valid for at least 6 months), airline ticket, voucher, insurance policy. When bringing in more than $ 10,000 per person – a certificate from the bank.

All incoming tourists are welcomed by representatives of the host country at the exit of the airport. The transfer from the airport to the city center is 180 baht by cab, 100 baht by Airport Bus, 600 baht by Thai Airways limousine, 5 baht by train (travel time – about 45 minutes). Those who continue their journey on domestic flights need to check in with representatives at Bangkok airport. The representative will help the tourist to check in at the airport and provide a meeting at other local airports. Check-in begins 2 hours before departure.

We compare all available flight options at your request, and then direct you to the official websites of airlines and agencies for purchase. The airfare you see on Aviasales is the final price. We’ve removed all the hidden services and tick boxes.

READ
Holidays in Bulgaria by Own Car

We cooperate with Aviasales.ru and we don’t charge any commissions – the cost of tickets is absolutely the same as on the site.

Climate and weather in Thailand

The climate of Thailand is humid tropical and subtropical. This is due to the location of most of the country in the tropical and subtropical zones, and the influence of the southwest and northeast monsoon. The distance between the northernmost and southernmost points of Thailand is 1,860 km, and the difference in latitude is about 15. This length from north to south makes Thailand’s climate one of the most varied in Southeast Asia. The southwest monsoon brings rains and relative coolness in late May to mid-July. By November, the rains stop, and a “cool dry” season sets in, lasting until mid-February. At this time, the northeast monsoon also has an effect, not directly affecting North, Northeast, and Central Thailand, but bringing cooler weather. After the weakening of the monsoon, in February-May, there is a heat wave, and the humidity gradually increases until the beginning of a new monsoon season, and then the cycle repeats itself.

The duration of the rainy season is very difficult to determine. It usually begins in May-June and may last until November. In the center of the country and on the east coast, it rains heavily in August and September. October is usually the last month of the rainy season, when significant volumes of water have already accumulated in irrigation systems and urban drainage, resulting in fairly severe flooding with infrequent and not very heavy rains. In particular, when the Chaopraya River bursts its banks, some Bangkok neighborhoods are flooded because about a third of the city is below sea level. Thailand’s rainy season is incomparable to that of other Southeast Asian countries. Of course, dirt roads become impassable and clouds hang over tropical beaches for part of the day, yet they let in enough ultraviolet rays to warm the air, sea and beach sand.

READ
Havana, Cuba: A World of Freedom and Passion

So during the coolest months (December to February, when the average temperature ranges from +20°C to +27°C) nighttime temperatures can drop to zero in the mountains in the north, while during the day it reaches +25°C. In the morning in Chiang Mai (the capital of northern Thailand) at this time is about +10 ° C, and in other areas above +20 ° C. The hottest months are April and May, when temperatures above +35 ° C are the daily norm, and +40 ° C is not uncommon.

For more information on the weather and climate of Thailand by month and region, see the latest weather forecast on the service Weather.Tourister.Ru.