Khami is the ruins of an ancient city that served as the capital of the Butwa kingdom around the middle of the 15th century. It is now left with well-preserved restored settlements and defensive structures.

According to excavations, the city was founded in the mid-15th century, during the decline of the medieval Zimbabwean state. For 200 years (1450-1650) it was the administrative center of the Torwa dynasty state. In 1683 it was attacked by Changamire Dhombe, who was the commander of the Rodzi army of Monomotapa. Excavations indicate that after the raid the Rhodesi did not settle Khami. Instead, they established a new capital nearby, which they called Dalo-Dalo.

The devastating raids led to the desolation of the ancient city and the gradual destruction of its buildings. In 1937, the ruins of Khami were declared a national treasure, and in 1986 they became a UNESCO World Heritage Site. 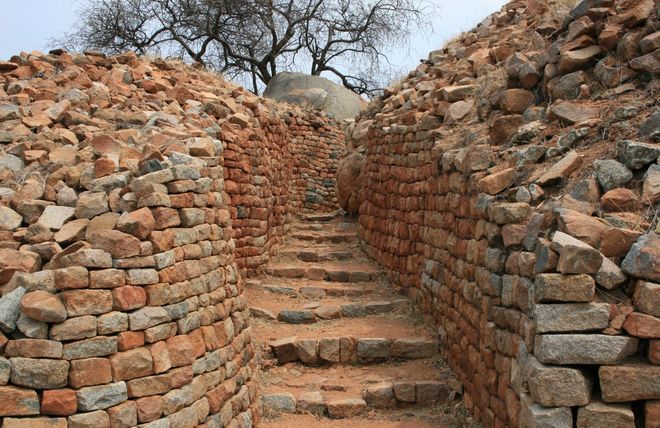 The sights of Khami

Walking through the streets of the ancient city, you can see that it consisted of seven quarters. These were inhabited by members of the royal family. Ordinary people lived in the open squares. Of the most well-preserved monuments of Khami worth noting:

Investigations carried out in 2000-2006 revealed that the buildings on the west side of the settlement were richly decorated. 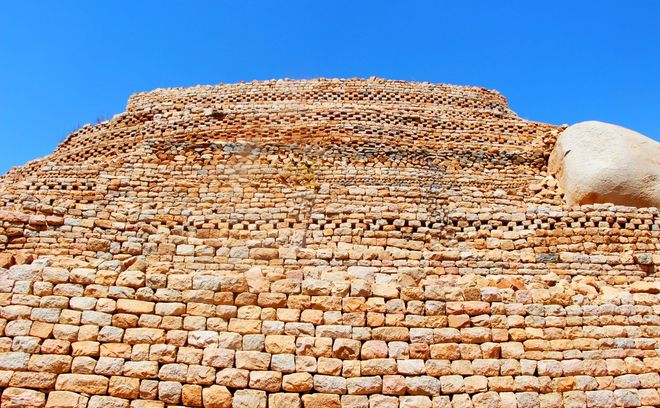 Judging from surviving monuments, medieval Zimbabwean construction used platforms on which rough brick walls were placed. Unlike in other parts of the country, buildings in Khami were built of laminar granite with an admixture of dolerite. It is a shapeless material that is not well suited for construction. The inhabitants of the ancient city learned to use retaining walls, which was a kind of innovation of the time. These houses were relatively cool inside, which helped the population escape the heat and malaria.

Several terraces are well preserved in the Khami Palace, each decorated with drawings in the form of cords or checkerboard. They were held on wooden pillars that were slightly slanted inward. This helped to protect the building from rockslides.

Tourist infrastructure of the Khami Monument

The southern entrance to the territory of the ancient settlement is not guarded. Tourists need to drive along the hills to the central part of the Khami ruins, where there is a small museum. Here you can:

There are no stores and cafes on the territory of Khami ruins, but there is a toilet and special areas for picnics. You can move around the territory of the ancient settlement by car, and between its monuments – on foot. 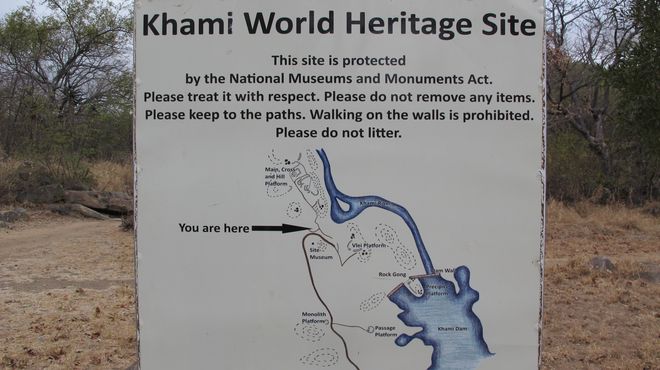 How to get to Khami?

The archaeological site is located in southwestern Zimbabwe, 460 km from Harare. It is only possible to reach the ruins of Khami, as well as to move around the territory of the monument by car. The fastest way to do this is to first take the A4 road and then the A5. Given the traffic and tolls, the drive will take about 6 hours. There are no signposts on the way to Khami, so it is advisable to ask for directions at the checkpoints you come across.