Life in Japan is legendary. Technology has reached such a level that the future seems to have arrived in this country long ago, and people are living in the XXII century. Be that as it may, the Japanese sacredly cherish the ancient traditions, and here you can see the corners of untouched nature, villages in their original form and ancient castles, which contrast sharply with the modern megapolises. One of such amazing places is Kanazawa Castle, around which Kenroku-en Park was created back in the 17th century.

Kanazawa Castle itself was built in 1592 and burned in 1881. What you can see here today is a historical reconstruction. Kenroku-en Park also burned down completely more than a hundred years earlier, but the park and its buildings were gradually rebuilt beginning in 1774. Today, Kenroku En is one of Japan’s three famous parks and ranks third in honor after Kairaku En in Mito and Koraku En in Okayama.

The name Kenroku-En means “Garden of Six Dignities.” These virtues, which include beautiful scenery, seclusion, the spirit of antiquity, artificiality and spaciousness, were listed in the Chinese poet Li Gefei’s Chronicle of the Famous Gardens of Luoyang.

For a long time the park was the private property of the Maeda clan, but in 1871 it was opened to the public. It was here in 1861 that Japan’s first fountain, with water under natural pressure coming from the surrounding mountains, started working.

The unique park looks so natural that it is hard to believe that absolutely all of its elements, without exception, were created by human hands. Ponds, waterfalls, man-made streams and hills are all in perfect harmony with each other. 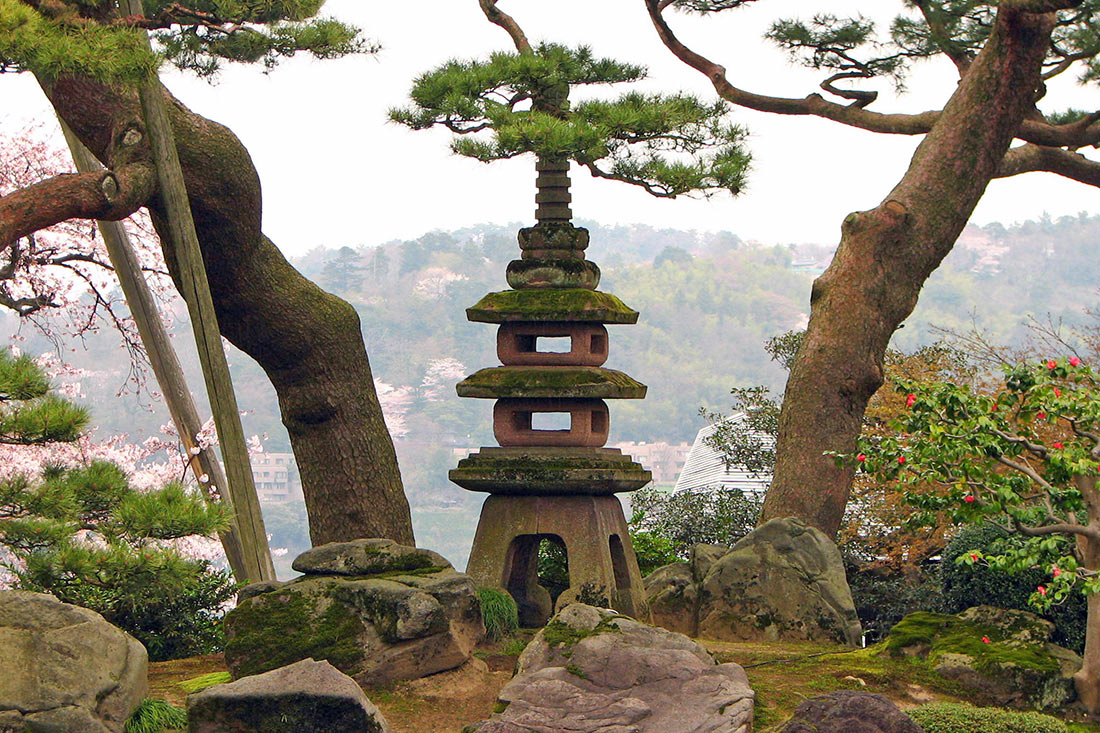 Kenroku En Park is an amazing place with landmarks in every corner. However, several iconic places deserve special attention. Among them is Mist Lake (Kasumi-ga-ike), located right in the center of the park. In the southern part of the body of water, which symbolizes the ocean, you can see the so-called “married pines” – trees growing with intertwined trunks.

The symbol of the garden and the city is the unique Kotoji stone lantern.

The Yugao-tei Tea House is the oldest building in Kenroku En Park. Besides it, the luxurious Seison-Kaku mansion, built by Daimyo Maeda Nariyasu for his mother in 1863, also deserves attention. 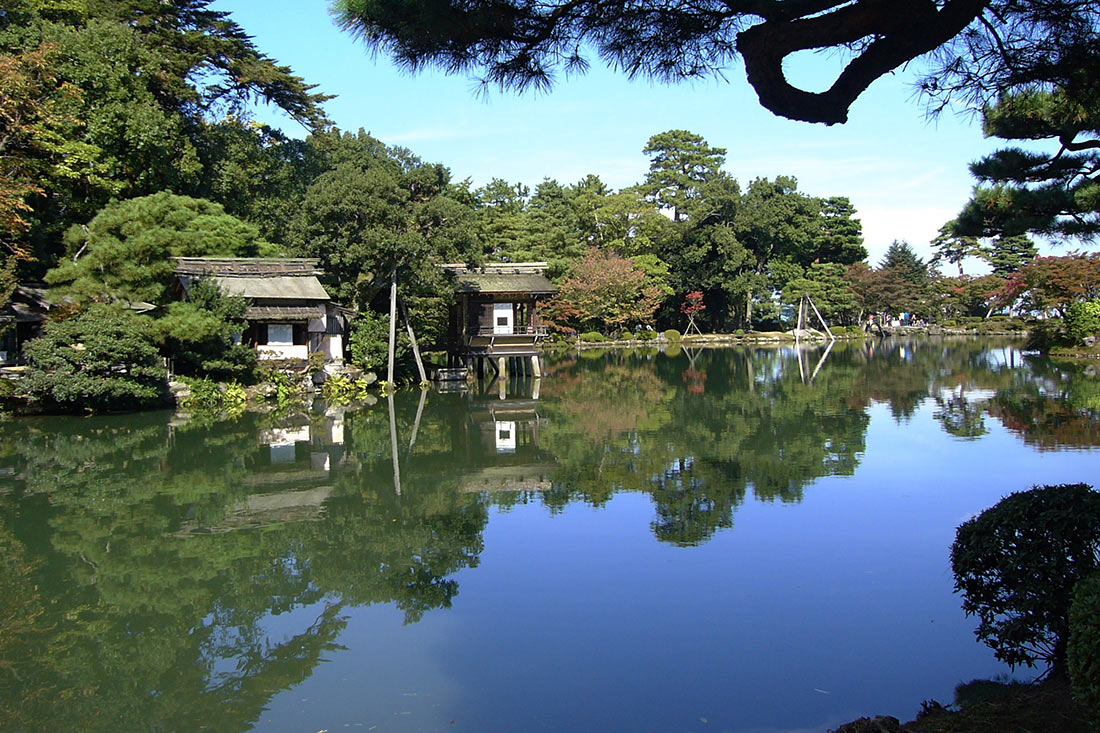 The handmade wonder of Kenroku-En attracts tourists with its natural harmony. Here it is pleasant to rest your soul, enjoy the unique atmosphere and get a tremendous charge of positive energy. And at any time of the year this lush magnificence is beautiful in its own way!

How to get to Kenroku En Park:

The nearest airport, Komatsu, is 25 kilometers from the park and can be reached by car or bus.