The official web site of Kedainiai http://www.kedainiai.lt/ Kedainiai is a small Lithuanian town with population of 32 thousand people, it is situated on the Nevezis River in central Lithuania, 139 km from Vilnius and 53 km from Kaunas.

The first coat of arms was symbolic of the family coat of arms of Keidan owner Jan Kiška: a silver horseshoe with three golden crosses on a blue background, with two salmons in the middle. The current coat of arms of Kėdainiai is similar to the coat of arms issued on April 28, 1648 by the Polish King Wladyslaw Vasa.

The old town, located on the right bank of the river Njavežis, covers 87 hectares, it has preserved the historical street network, the main historical and art monuments, as well as its cultural layer. At present the city has preserved the old street layout, four market squares, many old buildings from the 15th-19th centuries in the Gothic, Renaissance, Baroque and Clasic styles. The spacious Market Square is still a favorite place for meetings and town festivities. 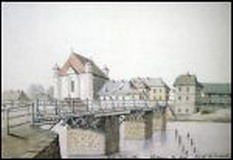 Kėdainiai was an important city in the times of the Grand Duchy of Lithuania, it was the second city after Vilnius and was known as a center of craftsmen, merchants and representatives of various denominations and religions The first mention of Kėdainiai can be found in written sources dating back to 1732.

In 1590 the town was given Magdeburg Rights. In the 16th century Kėdainiai became one of the centers for dissemination of the Reformation in the Grand Duchy of Lithuania. At that time, the city’s economy was actively developing, especially after it received the right to ship trade on the Navezhis River. The best European craftsmen were invited to Kėdainiai, and the most favorable conditions, including tax exemptions, were created for their work.

READ
8 things you need to see in Corfu, Greece 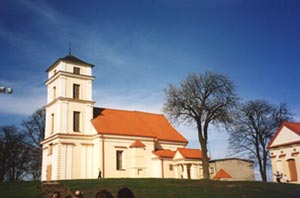 In the middle of the 17th century Polish, German, and Scottish merchants and craftsmen settled in the town. There were about a hundred Scots alone in Kėdainiai, and one of them was a priest and even preached in Lithuanian.

During the rule of Krystupas and Jonuszas Radziwiłłs, Kėdainiai experienced its golden age: the city had 4,000 inhabitants, six markets were built, ten artisan shops, a new Town Hall was built, and churches of six denominations were in operation.

For example, the Orthodox Church in Kedainiai was ordered to build back in 1643 for his wife Mary Mogilanka confessor of Orthodoxy, Lithuanian Duke Janusz Radziwil In 1861 was carried out a plan to rebuild the stone house of Count Emerik Gutten-Chapsky (1861-1904), whose coat of arms was inscribed: “Life – to the Fatherland, honor – to anyone,” in the parish Orthodox Church, consecrated in the name of the Transfiguration of the Lord. After the fire in 1893 Archpriest John of Kronstadt (1829-1908) donated 1.700 rubles for the restoration of the church, and in addition, Fr. John ordered at the Gatchina factory for Kedainiai church 4 bells, which even today announce the beginning of services. Parishioners are proud that the Chairman of the Board of Trustees of the Church from 1896 to 1901 was the marshal of the nobility of Kovno, the chamberlain of the Court of Their Imperial Majesties, Chairman of the Council of Ministers and Minister of Internal Affairs of Russia Peter Arkadievich Stolypin (1862-1911, who particularly helped to restore the church after the great fire in the 19th century.

The estate of General Totleben was also an interesting place in Kedainiai. (Eduard Ivanovich Totleben 1818-1884. The most famous Russian military engineer was a descendant of an ancient noble family of German origin, whose natives migrated to Russia in the XVIII century). A particularly interesting fact is how he got the estate in Keidany. 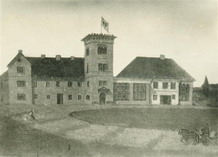 In the same year of 1866 the tsar granted the inspector-general of the Chief Engineer Office, E. I. Totleben, an estate in Keidany for his services to the Fatherland. But Totleben acted nobly toward the former owner of the estate. After E.I. Totleben’s wife Victorine received a large inheritance after her father’s death, the Totlebens paid Count Chapsky, who at that time resided in Tartu, the entire sum due for the estate. Count Totleben was elevated to the count’s dignity on October 5, 1879, on the 25th anniversary of the first bombardment of Sevastopol during the Crimean War.

The park laid out by Totleben in Keidany was one of the most beautiful in the western provinces of the Russian Empire and competed with the park of Count Pashkevich in Gomel and Lazenka Park in Warsaw, where a monument to Chopin is standing now.

You may also come across this town under the name of Keidany . The encyclopedia of Brockhaus and Efron says: Keidany (Caiodunum, Civitas Caiodunensis, in Jmud Kwiedajna, in Lithuanian Kedajpej) is a town in the Kovno gubernia and district, on the Nevyazhe river, where the Abeli and Smilga rivers flow into it. Originally there was a significant pagan temple of Perkun (see), on the place of which in the 15th century the crusaders built a Catholic church. Under the church is a crypt with a secret passage to the Neviarze River.

Under Sigismund III, the city became an important commercial center with extensive fairs. Kėdainiai became especially prominent since 1614 when they came under the ownership of the Radziwills, one of whom, Jan, a protester of Protestantism in Lithuania, sheltered here Scottish Reformed Knox followers.

Christopher Radziwill established a Calvinist college with a rich library in Kedainiai; later, printing houses and large paper mills were set up there. In 1648 Janusz Radziwill’s second wife, the orthodox Moldavian princess Moshla, founded in Kedainiai the provincial church, which is preserved to this day. In 1704 Kedainiai was vainly besieged by the Swedish general Levengaupt. In 1710 the Catholic Brotherhood of Carmelites was built here and now it is converted into barracks.

READ
Sumava - a unique region with its castles

The Kėdainiai were the property of the Radziwillows, later it was confiscated by the government in 1863, and is now the property of the Totlebens. In the crypt of the vast Keidan Reformed cathedral, of imposing architecture, renewed in 1877, rests in a lead coffin the dried corpse of Prince Janusz Radziwill.

Near Kėdainiai, I can still see traces of the ruins of the former Radziwiłłs’ palace. There are several more churches, a synagogue, a parochial and a public school, and a Lutheran parish school.