What interesting things to see in Karpacz? 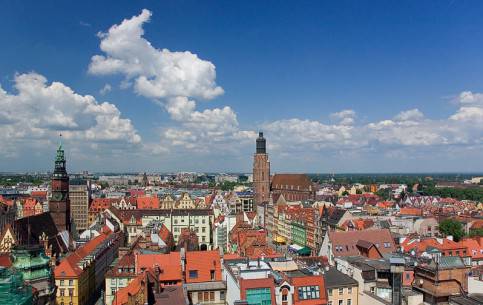 Karpacz is a town in southwestern Poland. Karpacz lies at the foot of Sniezka Mountain at an altitude of 1602 meters. It is just under 2 hours’ drive from Wroclaw. The village was formed back in the 14th century, with people coming here to mine for gold. And in the 20th century the status of the town as a ski resort increased dramatically. However, even in summer in Karpacz is very good: a great climate, clean water, fragrant air, dense forests. All this is very good for your health. 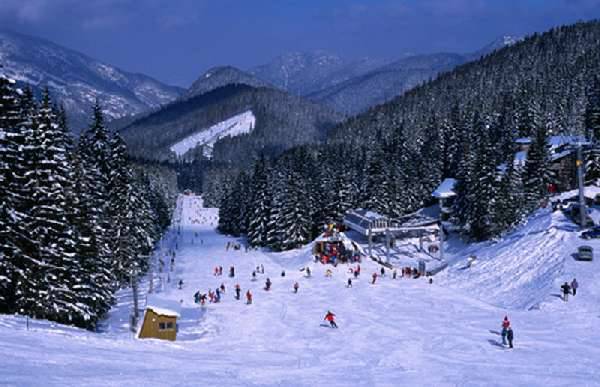 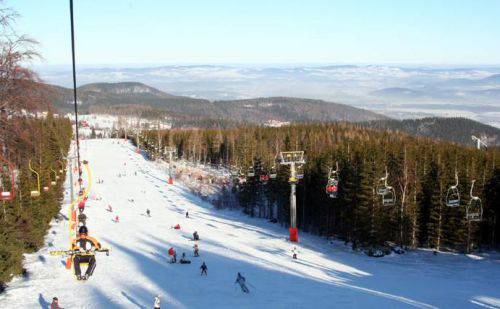 As for the ski base itself, we can say that compared with some other Polish bases, this one is not very big. In total there are 7 tracks and 7 elevators. Tracks vary in difficulty level. For beginners you can try “Jan” (400 m), for middles – “Zlotuvka” (3100 m), and for professionals – “Licizhepa” (3000 m). Moreover, there are two toboggan tracks, which start at 1065 and 800 meters. These slopes work all year round. You can ride on the ski cross-country track “Homatova” or just ride off the tracks. A very fun event is held here every year in February, when tourists compete in rolling down the mountain on whatever is available. And after sporting events, you can just take a walk around the neighborhood Karpacz. The beauty of nature, as they say, is off the charts here. Mountain waterfalls are especially nice – some of them do not freeze even in winter! For example, you can walk to the so-called Wild Waterfall (Dziki ) near Karpacz, on the river Lomnica. Water falls from a height of more than two meters, forming a multi-stage cascade that licks large rocks below. The waterfall did not form by itself. The river tended to overflow and cause a lot of problems for the residents of the coastal villages. At the end of the last century there was a terrible flood that destroyed houses and washed away roads, so the city administration decided to start building a river barrier to retain the water. That’s how the waterfall was formed.

READ
10 things to do in Ischia, Italy

Be sure to visit Swiatynia Wang Church. This one-nave church with magnificent ornaments has a long and interesting history. The church was built at the beginning of the 13th century in Norway. In the 19th century, the authorities wanted to demolish the church for being too small for the congregation and in a poor state of repair, although the locals were against its demolition and even tried to save it. As a result, a Norwegian artist and architect decided to stand up for the church and even wrote a letter to the municipality of Oslo, with a request to move the church. He was supported, but the chief count who was in charge of the matter died unexpectedly and the case stalled. So the artist simply decided to buy the church himself. And later he was contacted by the Prussian king Wilhelm IV, who, by the way, was personally acquainted with the young man, and offered to move the church to Potsdam and take all the costs. The church was disassembled, the materials were shipped by river, brought first to one city, then the boards were stored in another place, and then another place was quickly chosen, in fact, where the church stands now. The boards were put back on the ship and sent down the river. Assembling the church was not an easy task – because those carpenters did not know what the church looked like in Norway, although all the measurements were taken. The church was placed on a mountain 885 meters above sea level (and this is the highest point of the city) and collected it for two years. When all was well, that enterprising artist didn’t even come to the consecration of the church – it was enough for him that the story had a happy ending. All in all, this church has become probably one of the most visited wooden churches in the world-about 200,000 visitors cross its threshold every year. There are amazing statues inside the church, and a tall stone bell tower has been added to protect the church from the winds of the Snowshoe Mountains. The church is located Na Śnieżkę 8.

You can take your children to the Dolls’ Museum (Muzeum Zabawek) . The museum is located in the building of the former city train station and is open since 1995. In the museum you can admire the personal collection of Henryk Tomaszewski, the founder of the Wroclaw Mime Theatre. For many years this Henrik has collected toys from all over the world. Some of the dolls were given to the museum by the locals. The museum is small, but the collection is impressive: dolls, houses, cars, soft toys, clay and wooden toys and more. There are 18th century toys and modern dolls from Japan, Mexico and Australia. Also in the museum you can visit temporary exhibitions, which are no less interesting. This could be an exhibition of birds, Christmas toys, porcelain dolls or bears. Since 2012 part of the collection is in the new museum building 5 minutes away (at Karkonoska 5). Does not fit! Address of the main museum – Kolejowa 3.

Because the town is famous for its sports facilities, the Museum of Sport and Tourism (Muzeum Sportu i Turystyki) cannot do without it. There you can learn more about the history of the region and the development of skiing and winter sports in the area. The museum is located at Kopernika 2, one kilometer from the Puppet Museum. In a very nice wooden house with colorful shutters.

It’s the main street of the city, which stretches from Mt Sniezka. First of all the street is known for the variety of restaurants with cuisines from all over the world. There’s “Aurora Bistro” with Russian cuisine in the Soviet style, and Italian cafes and traditional Polish restaurants. Usually, all tourists end up walking here, because it is very nice and beautiful.

And as an entertainment you can run into Western City, that is, the city of cowboys – where you can ride a horse or a cart, shoot a gun, wear a cowboy hat and holster, and, so to speak, feel everything on their skin, as well as take part in thematic games. The park is located in the Ścięgny area.