The Kalvariah is a road that imitates the Way of the Cross in Jerusalem. There are crosses, churches or chapels along the traditional 5 kilometers, marking places for visitors to rest. The Kalwaria Zebrzydowska, inscribed on the UNESCO World Heritage List, is an architectural and park-like ensemble of prayer sites that attracts pilgrims from all over the world. It takes about three hours to walk through the complex if you visit all the buildings of the complex.

The name itself comes from the Latin Calvaria, which means “Calvary”. It serves as a symbol of Christian faith, certain milestones in the journey that brings people closer to Christ. In the 15th century interest in the Passion of Christ and the places where it took place, has become almost a cult. But, because of the spread of Muslim influence, the pilgrimage to Jerusalem itself became an increasingly dangerous undertaking . Therefore, as early as the early Middle Ages, some kind of replica shrines began to be built to which pilgrims flocked.

By visiting a Calvary, one could obtain an indulgence, as it was equivalent to a pilgrimage to Jerusalem. Such ensembles were built in honor of some historical events and on the places of pagan temples. A necessary plot and a distinctive feature of Calvary is the presence of the figure of Christ carrying a cross. 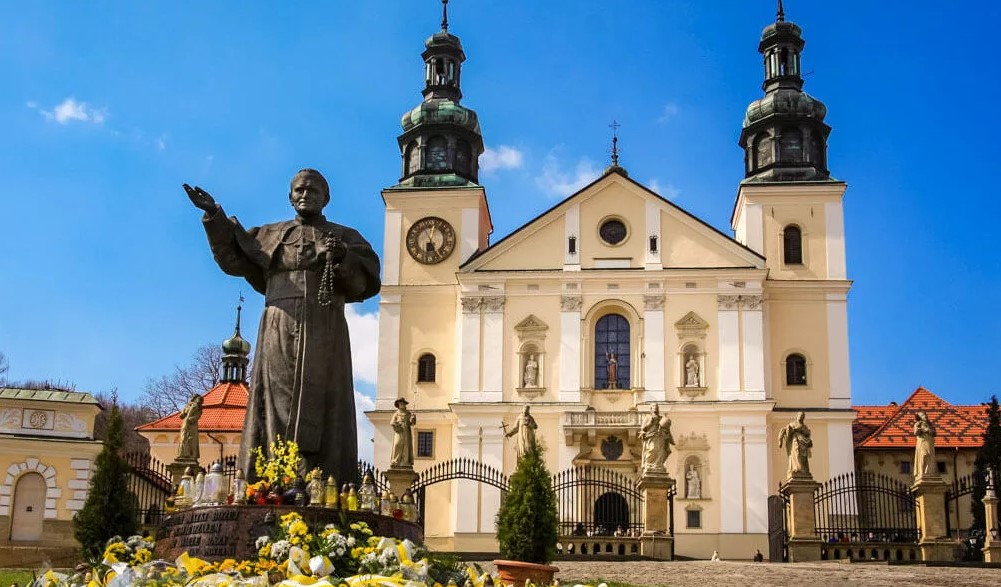 Kalwaria Zebrzydowska is such a complex that serves as a place for such pilgrimages. Forty-four chapels recreating the path of Christ, Mary and the Way for the souls of the dead.

Copies of the Way of the Cross, recreating it on a full and authentic scale, only appeared at the turn of the fifteenth and sixteenth centuries. The first of the calvary was built in the very beginning of the XV century in Spain and had four stations. Officially, this practice of restoring the Way of the Cross was confirmed in 1489 by Pope Innocent XI, and the number of stations was not regulated in any way.

During the Catholic-Protestant confrontation, the construction of calvary stations was temporarily halted and some were even destroyed. 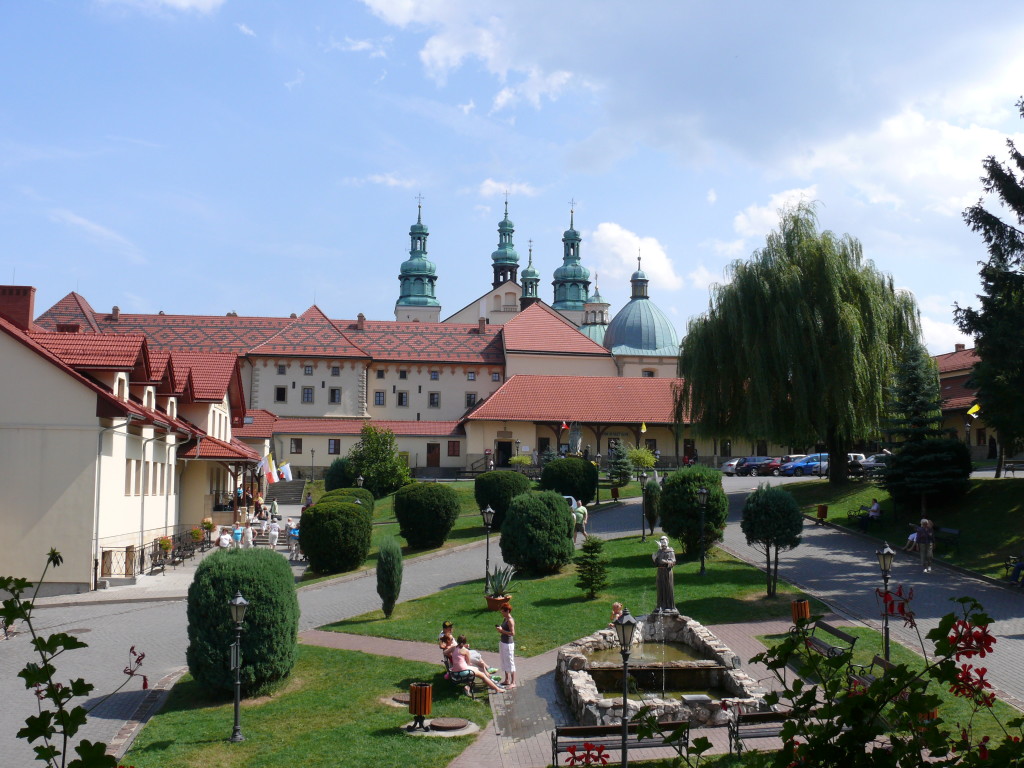 According to legend, the governor Nicholas Zebrzydowski, being a very religious man and seeing the burning cross from his castle, founded a monastery with chapels and paths around it.

The construction of the complex began in 1600. And if at first it was just a small church and chapel, the idea gradually evolved and took on a completely different scale. Gradually, 24 chapels and 14 stations of the Way of the Cross appeared. In 1632 a stone wall was built around the ensemble. Later an additional 9 chapels were erected and replaced by the “Bridge of Angels” structure. At the entrance to the Basilica of the Virgin Mary stands the sculpture of John Paul II. By the way, both he and his successor Benedict XVI honored Kalwaria Zebrzydowski his personal visit.

Work on the monastery ended in 1609, but 50 years later it was significantly expanded and gave the appearance of a baroque castle, preserving the original plan as a three-story building with five bastions. The complex acquired its present appearance at the beginning of the XVIII century with the construction of the Chapel of the Crucifixion, where later, at the end of the XIX century was brought the icon of “Our Lady of Kalvari”, recognized as miraculous in the middle of the XVII century. 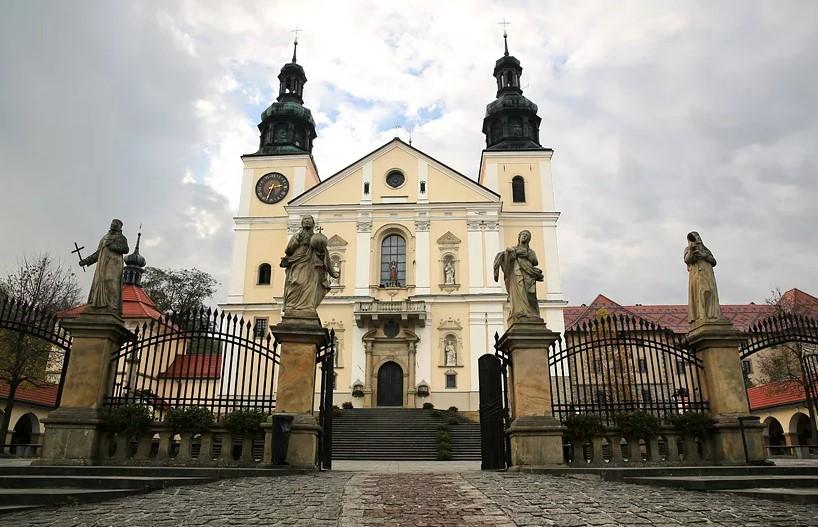 The complex itself has been planned so that the landscape corresponds to the time of Jerusalem in the Gospel . The distances between the buildings here are greater than in the original, but the proportion is maintained exactly.

READ
What can I see in Argentina?

Two special routes are highlighted here . The Way of Jesus includes 28 stations and is laid out on the story of the life of Christ. The second is called the “Way of Our Lady” and its 24 stations and 11 objects symbolize Mary’s experiences during the death, burial and resurrection of Jesus.

The park laid out around the Calvary covers four square kilometers and is designed in the classic French style with straight alleys, geometric shapes of beds and plants. 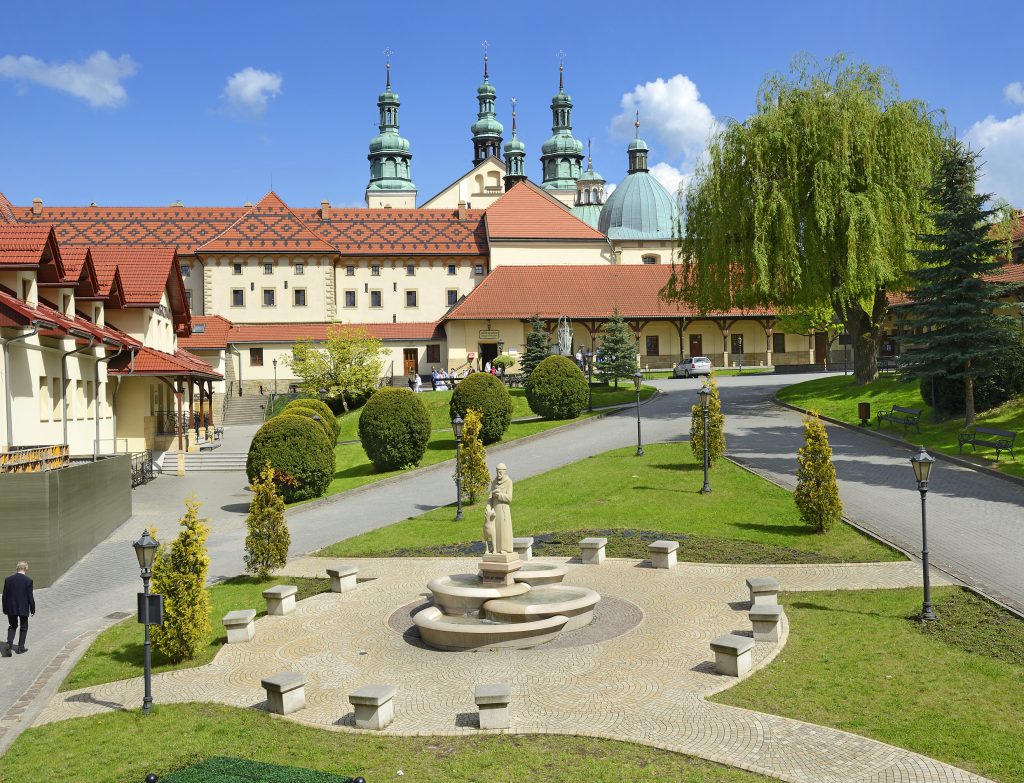 Each year more than a million pilgrims visit this place of worship. The largest influx occurs during Holy Week and the Feast of the Ascension of the Virgin Mary.

For more than three centuries, the Mystery of the Lord has been held here throughout Holy Week. The services begin with the entry of Christ into Jerusalem and culminate on Good Thursday and Good Friday, reflecting the events of the last days of Christ’s life.

On the day of the judgment and crucifixion of Jesus, the procession begins at 5 a.m. and ends at 2 p.m. Whatever the weather on that day, those present become participants in the events, prayers are recited at each stand, the person portraying Jesus carries an oak cross . The final service takes place near the Chapel of the Crucifixion. 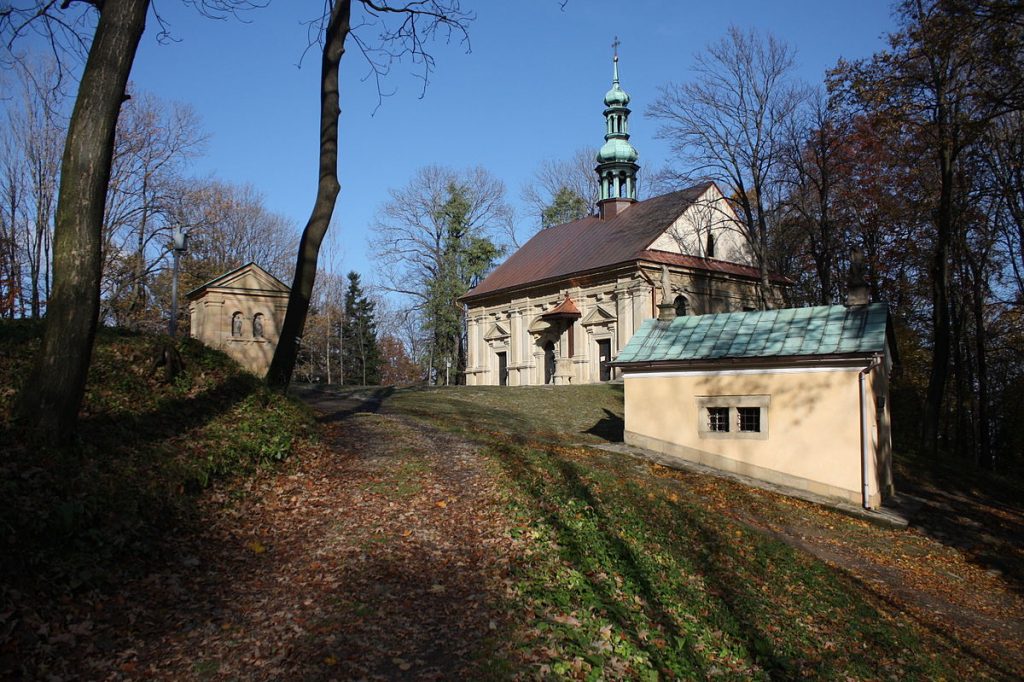 There are regular trains or the yellow Papal Train. They have different ticket prices, the special train is cheaper, but you can ride on any ticket on any train. It is true that sometimes the “Papal train” does not arrive at the appointed time without any announcement.