One of the outstanding examples of landscape architecture in Europe is the Park of Prince Pückler in Bad Muskau (Germany). It stretches on the banks of the river Naisse along the German-Polish border. Inspired by the idea of a unique landscape park, Prince von Pückler-Muskau gave practical expression to his fantasy in 1811.

The prince was known as a gourmand, foodie, traveller and writer who dreamed more than anything else of having his own unique garden. But to realize this dream he needed money. And perhaps it was for this reason that he married Duchess Lucia, daughter of the Reich Chancellor of Hardenberg, who shared with her husband his passion for park construction. When the wife’s money quickly ran out, however, they divorced. Despite this, Lucia supported Pückler’s endeavors for the rest of her life.

Pückler traveled extensively, studying the gardens and parks of Western Europe. His excellent knowledge of park construction allowed him to develop his own style, which he successfully demonstrated in practice.

Inspired by the idea of English landscape gardens, in 1815 Prince von Pückler-Muskau began to create his own garden empire. This one was not an absolute copy of the English gardens, but something of a creative development of style. For decades, an army of workers planted trees, paved paths, created meadows and picturesque lakes. Muskau Park impresses with its spacious and varied forms, striking distant views and attractive artificial ponds. Harmoniously integrated into the surrounding countryside, the “open air art gallery” is built according to the new principles of landscape architecture which have influenced the entire European and American landscape architecture.

The garden-park ensemble of approximately 830 hectares, consists of several parts, each with its own character and its own uniqueness. On the right bank of the river there are palace park, spa park and mountain park; on the left bank – terraced and upper parks, arboretum and Braunsdorf fields. All parks are connected to each other and to the center of the complex – Muskau Palace – by winding paths. The park area is created mainly on the basis of native species of vegetation: oaks, beeches, poplars and plane trees. An integral part of the park ensemble is the natural channel of the Lausitzer-Neisse river, as well as an artificial water body, named after Prince Pückler “Hermannnaise”.

In the center of the park rises the beautiful New Palace, surrounded by the “Pleasure ground” (entertainment ground) with flower gardens, a covered walkway and hills of roses.

A small promenade connects a thin strip of the northern part of the palace park with the mountain park, whose mountain slopes have been planted with deciduous trees, creating a beautiful contrast to the dark green, centuries-old pines. On hot summer days, strolling through the cool shady “beech halls”, you will not only feel the beneficial tranquility and amazing energy, but also be able to see the whole valley of the Naise River with its truly mesmerizing views of the city, the palace and the park itself.

From the palace park, an old alley along the river Naise leads to the spa park. This part of the park ensemble is famous for its classic beauty, even though it fell into a deep sleep after World War II. A large part of the spa park’s building was reduced to ashes. In the 50s, the hospital was moved to the Cavalier’s House, located in the palace park. It was not until 1956, after an open-air stage was constructed, that life returned to the spa park.

The eastern part of the park with its distinctive river terraces is unusual and varied. From the double bridge over the river you can see the walking alleys and carriage roads leading up to the upper park. On the first terrace stretches a spacious reed meadow. Some of the mineral springs that flow into the Nyce River are found here. And in the middle of this meadow grows a lonely century-old linden.

At the very top of the eastern terrace stretches the upper park, in which there is a tree nursery and a pheasant court. All these parts of the park ensemble are not separated, but harmoniously transition and complement each other.

In 2004, Muskau Park, or Muzakowski Park, as a common German-Polish cultural heritage, was inscribed on the UNESCO World Heritage List.

One of the finest examples of European landscape architecture, Prince von Pückler-Muskau Park (Fürst-Pückler-Park Bad Muskau), located on the banks of the Neisse River along the German-Polish border, originated in 1811 when the prince became obsessed with the idea of creating a unique park. The prince was a jovial man, traveler, foodie and writer, and the garden became his lifelong dream. But the money to realize the dream was completely […] 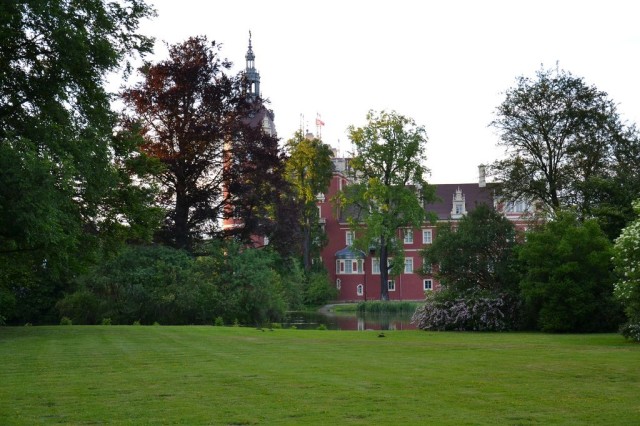 One of the finest examples of European landscape architecture, Prince von Pückler-Muskau Park (Fürst-Pückler-Park Bad Muskau), located on the banks of the Neisse River along the German-Polish border, originated in 1811, when the prince had an idea for a unique park. The prince was a jovial man, traveller, gourmand and writer, and the garden became his lifelong dream. But he did not have enough money to realize his dream, and it was probably because of the money that he married Princess Lucia, daughter of the Reich Chancellor of Hardenberg. Together with her husband she passionately created the park, and even after his divorce she supported his endeavors.

Inspired by the idea of English gardens, the prince began to create his own garden empire, not copying but developing the English style. The varied forms and distant views, meadows and lakes, all created new principles of garden art that influenced the landscape architecture of both Europe and America.

There are several parks here (the palace park, the mountain park, the spa park, the arboretum and the Braunsdorf Fields, situated on two banks of the river), which are linked by winding paths to the Muskau Palace – the center of the entire complex. 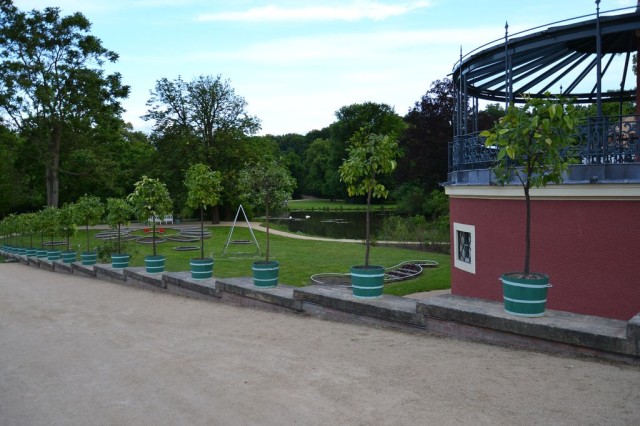 Muskauer Park blends in quite naturally with the valley, whose various slopes and terraces are decorated with both plants and architectural elements. Deciduous trees create a contrast to the age-old pine trees, it is quiet and surprisingly beautiful. The spa park has recovered from the desolation after the Second World War, when the hospital that stood here was burned. Now an open-air stage has been built here and the park has come to life. 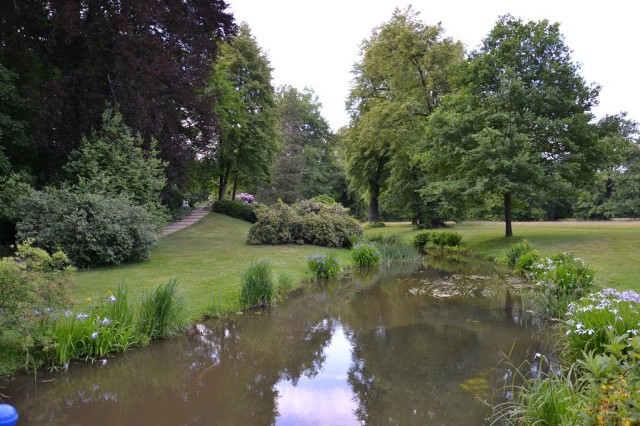 The upper part of the park, placed on river terraces, is very varied. In the first part there is a reedy meadow with a lonely linden and mineral springs, and the upper park includes a tree nursery and a pheasant courtyard. And all these parts are not isolated, but flow into each other forming a harmonious park ensemble. 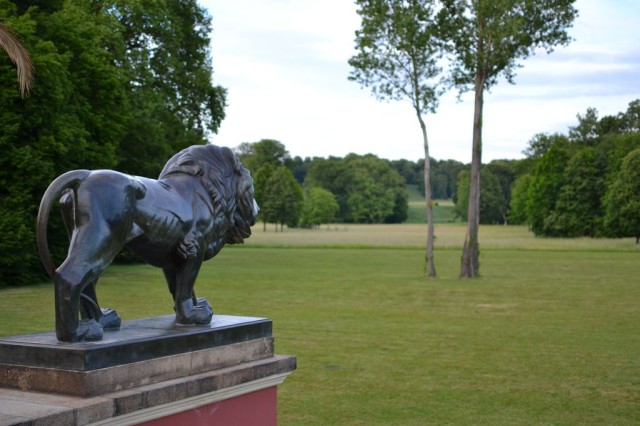 The concept of the park has not changed over the years, the new owners of the residence have left it untouched, so the original park has been preserved.

After World War II, the park was bordered by the state, and both Germany and Poland look after it simultaneously: this is the only case of successful cooperation between the two countries for the preservation of the landscape in Europe. Since 2004, Muskau is a UNESCO World Heritage Site. 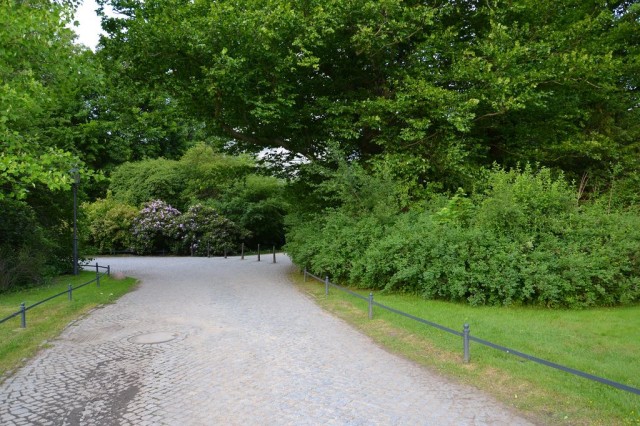 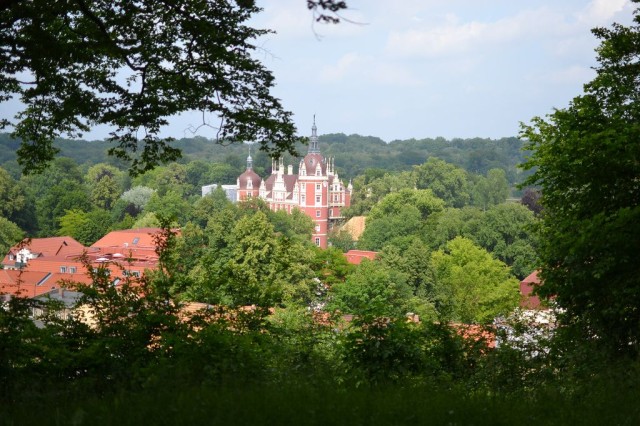 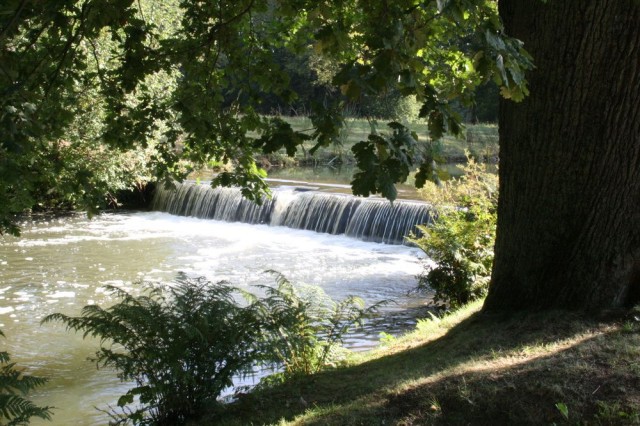 It’s very simple – look not only on bookings. I prefer search engine RoomGuru. It searches for discounts simultaneously on Booking and 70 other booking sites.