North Ossetia is inhabited by a very diverse people with half a dozen of their own dialects descending from the Iranian group of the Indo-European language family. Incidentally, from the Scythian-Sarmatian linguistic world only one relic has survived to this day – and it sounds here in Alania. The common self-name “Alans” is preserved in the folk epic, so the republic officially bears a double name. To fully sense this duality and find yourself inside the legends, you need to get out of Vladikavkaz – at least in Tsey. 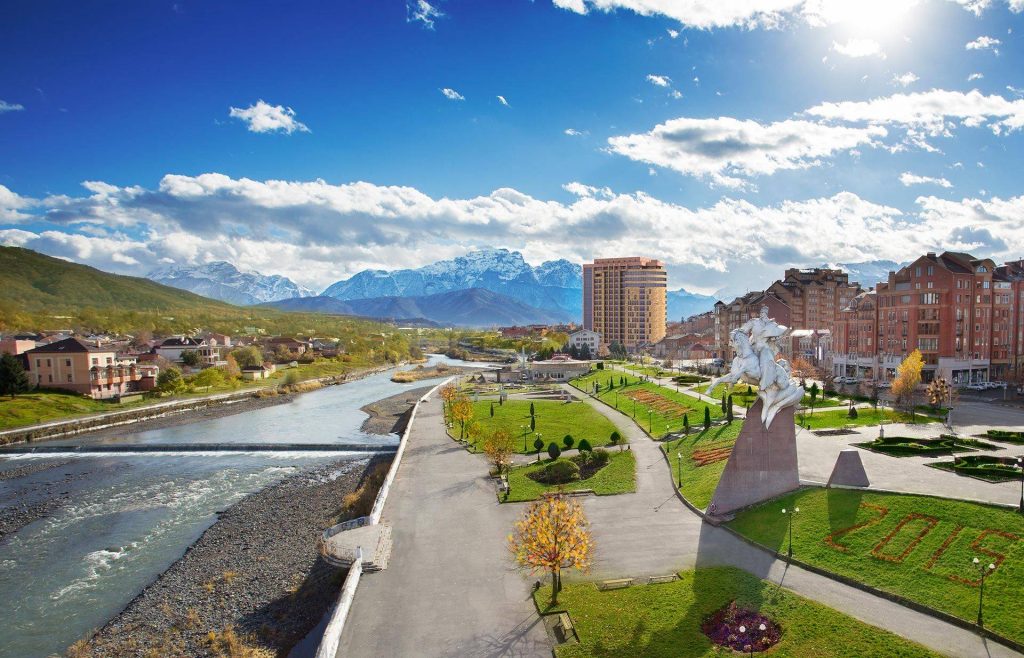 In Dzuarikau, it’s hard to miss the monument to the Gazdanov brothers. Seven young men, born in 1909-1921, did not return from the fronts of World War II: one fell in the battle near Moscow in 1941, another in the defense of Sevastopol in 1942, the third on Latvian soil in late 1944, and others went missing altogether. Seven stone cranes near their native village remind us of the Gazdanovs, and a stage dance “Seven Mowers” is dedicated to them (the number seven is very symbolic for Ossetian epos).

A little north of Suadag is the sacred grove of Khetag. Although North Ossetian territories became part of the Russian Empire in the late XVIII century and most residents converted to Christianity (in those days, political decisions influenced the spiritual life of people as well), today almost a third of the population reveres the religion of their ancestors. Khetag’s grove – a relic forest, which according to legend saved the prince’s son from persecutors – is one of the revered places. Curiosity seekers need only behave modestly, as befits a temple, and remember that one should not take anything out of the grove – neither cones, nor acorns.

In Alagir the road, which previously went strictly to the west, makes a turn to the south, in the mountains. Here, as it should be before real adventures, one should have ablutions – the hot springs of Upper Biragzang will do for it. By the way, they were discovered not by a wounded warrior or a sly charmer but by the Soviet geologists while searching for oil. From the depth of 2300 meters comes hot mineral water. At the surface comes out a key with a temperature of 40 degrees, so here and in the cold you can swim with uncovered head (however, in roadside markets are sold great hats – on the bathing hats do not look like, but in the springs will do).

Moving southwards, towards Tsey gorge, on the right side of the road it’s difficult not to notice sculpture – as if a mighty horse and a bogatyr-like rider had jumped out of a rock. This is Uastyrdzhi, one of the seven dzuars worshipped in Ossetian mythology as seven divine manifestations (the god himself has no personal qualities or characteristics). 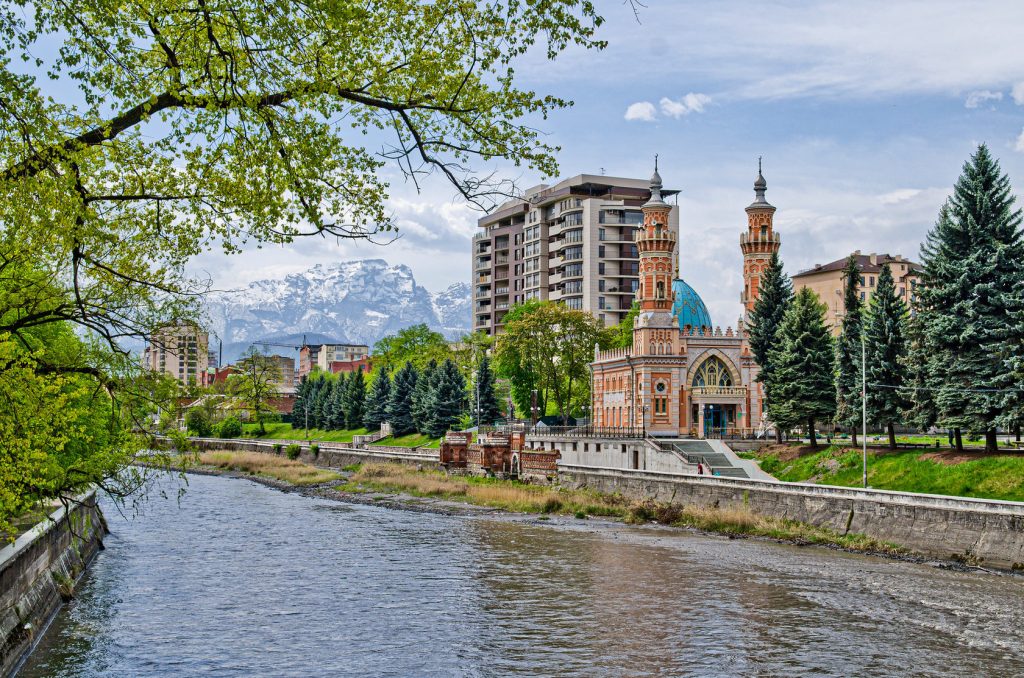 With the adoption of Christianity, the image of Uastyrdzhi was superimposed on the image of George the Victorious – and unfairly so. Dzuar is portrayed as an elder dressed in a white burka and riding a white horse – literally a White Magician (by the way, European researchers have found exact parallels between Ossetian and Celtic legends).

The monuments of Uastyrdzhi you will see everywhere in Ossetia, he is considered the patron of all honest people in general, but especially favors warriors and travelers – so after visiting the sacred grove and ablution in the living water will not be superfluous to make him an offering. All as it relies in the legends and fairy tales – and the Tale will be ahead.

The tale will be ahead.

Entrance to Tsey gorge near Buron village is guarded by sculpture of bearded giant with antlers. This is Afsati, the patron saint of animals. All Tsey, overgrown with relict pine trees, was once considered a sacred place. No people lived here, grazed cattle, or hunted. Perhaps, this is a tribute to prudence – an impressive part of these mountains was formerly covered by a huge glacier, and it was definitely dangerous to settle under it. Now only glittering snow-white tongues remind one of it somewhere – the glacier has disintegrated into 30 fragments, the most massive of which, Skazka, is simply called Skazka. The wild profile of the gorge is the work of the ice: the meltwater has chiseled out all the soft rocks, leaving only sharp rocks. 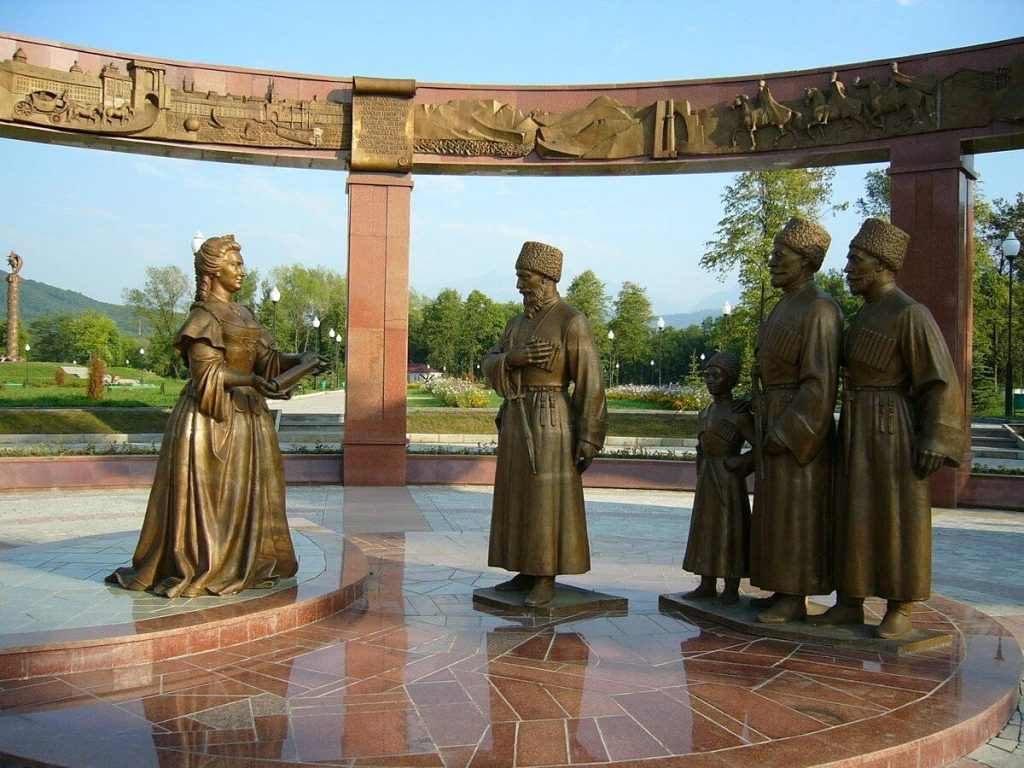 The Tale will be ahead.

Since the 19th century, the Tale has receded almost 700 meters, leaving a sloping blooming clearing in front of it, which abruptly changes to a lunar landscape of eternal ice. One can reach it without any special training or mountaineering equipment: first, it takes 20 minutes on a creaking chairlift, and then on foot. Many strive to get to the bottom edge of the glacier, to a natural grotto, from which the Skazdon rises (the water in the river is icy in every sense), but it is risky because of the falling rocks.

It’s better to walk to the Rekom sanctuary. The log house is hung with the skulls of sacrificial animals – there are also aurochs – and is surrounded by a massive fence. It is not to be crossed. This is the men’s part of the sanctuary; the women have their own glade, and the maidens have a secluded hut in the woods.

You should go back by the same road, but if the weather allows, you can turn east at Lower Unal. But first, you can visit the tiny ethnographic museum of the Tsallagh family in their family tower. The local serpentine road may test even the most experienced driver, but the view from the turn to the village of Tsamad is worth the effort and the slight dizziness. 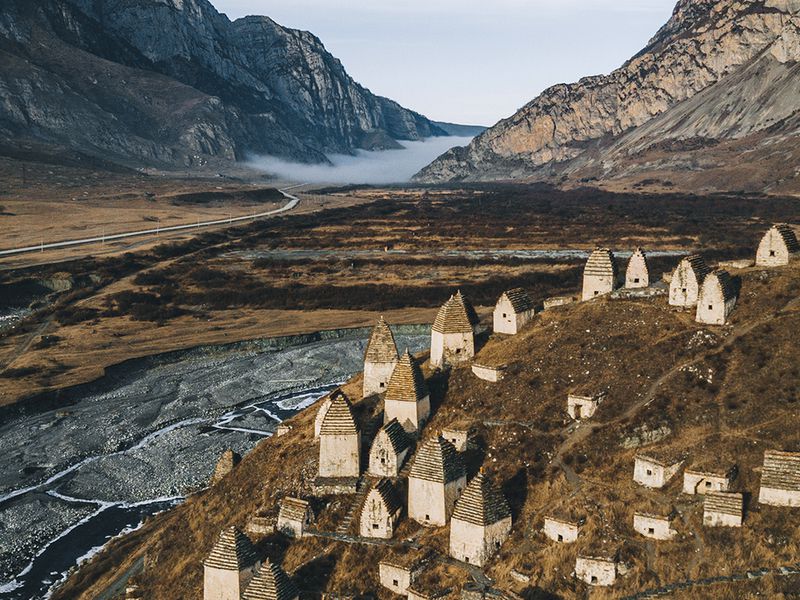 Then go to Upper Fiagdon – a bit further along the road on the bank of Terek rises towers which, according to the legend, belonged to brothers Kurt and Tag, the founders of Kurtati and Tagaur societies. Not far away on a great vantage point stands a giant “” – the second letter of the Ossetian alphabet. (To catch the pronunciation of the diphthong, listen to the sound of “ulibh,” the name of the cheese pie that travelers learn first thing.) Farther east stands the city of the dead, Dargavs .

To the north, to Vladikavkaz can be returned along Terek, if to go down from Dargavs, or along the river Fiagdon, if to linger in the Kurtati gorge. There is a comfortable place to stay in the Forrest Terrace Hotel, where guests can take tinctures of aromatic herbs and offer mountain honey; in the restaurant Ossetian pies are served, and for those who have ventured to some gastronomic excesses, there is a five-kilometer-long terrenekur. 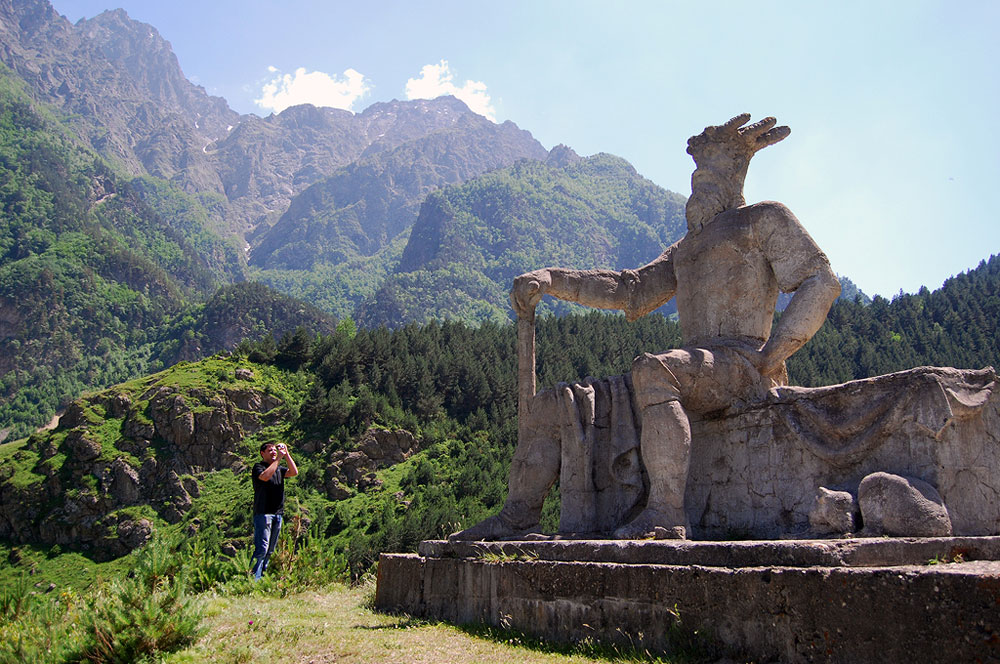 Here you can walk along the Path of Wonders and climb up to Dzzygyska Fortress. Its bastion is hidden in a rock and is recognized from the road only at the tip of the guide. The XIII century fortress was reconstructed and raided many times; according to legend, it could not be defeated even by Persian Shah Abbas. However, after such a trip it is easy to believe any legend.