Sperlonga is a small, very picturesque town in Italy south of Rome. Its white houses are a bit like the Greek islands. It has some of the best beaches. It is a popular place among tourists during summer holidays in Italy and all hotels are usually fully booked long in advance. So it is better to book a room in advance, for example on booking engine. Check if there is a better price, you can here. By the way, another option for accommodation in Sperlong is to rent private apartments, more on this link. 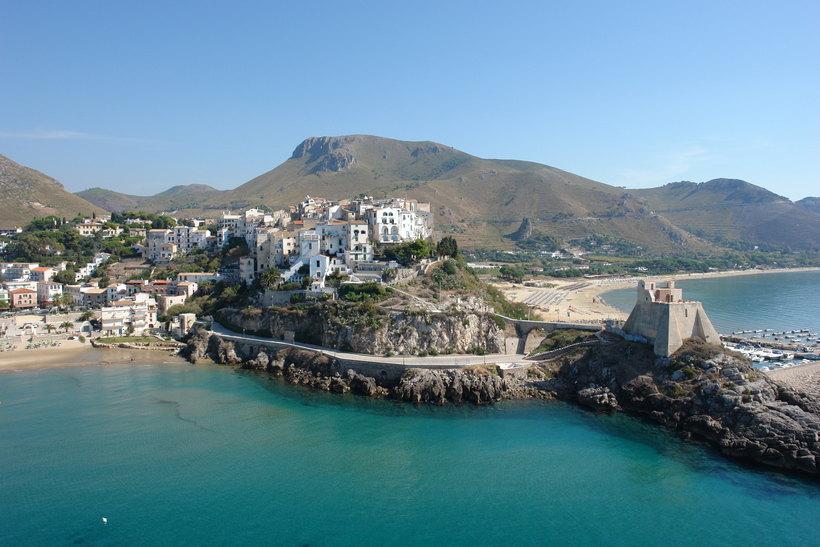 You can get to Sperlonga by train. One of the two main train lines between Rome and Naples (Roma-Naples via Formia) goes through Fondi. The station is called Fondi Sperlonga, and local trains stop there. When traveling from north to south, the last station before Fondi is called Monte San Biagio. When going from south to north, the last station before Fondi is called Formia. From Fondi station a cab to Sperlonga costs about 20 €. 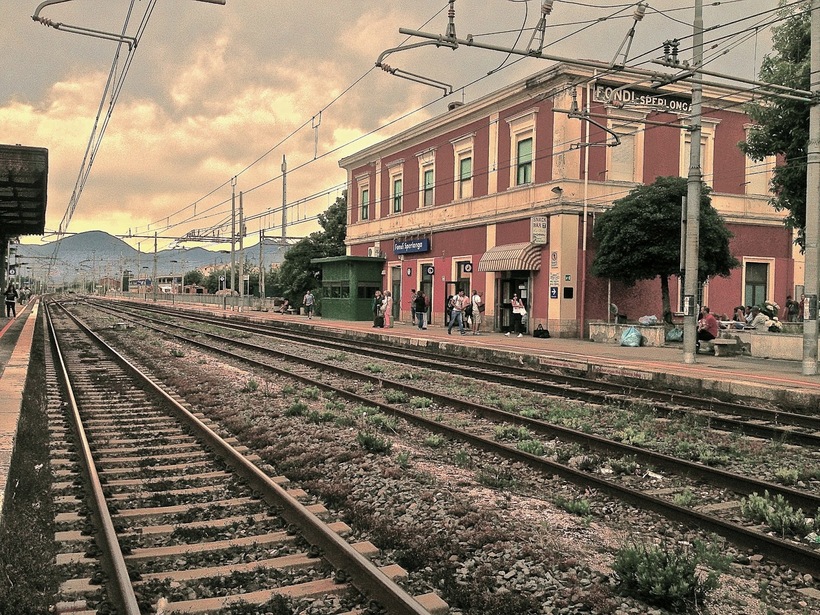 You can reach Sperlonga by bus from cities such as Terracina, Fondi, Formia and Gaeta.

Sperlonga can be reached by road. From Rome, go via Appia or via Pontina, pass Terracina and then follow the signs for Sperlonga along the Flaccia.

From Naples, you must come to Formia, Gaeta, and via Flaccia get to Sperlonga. Alternatively, go along the Appian Way (via Appia) between Terracina and Formia and take the shortcut to Sperlonga from Itri.

Main sights. What to see 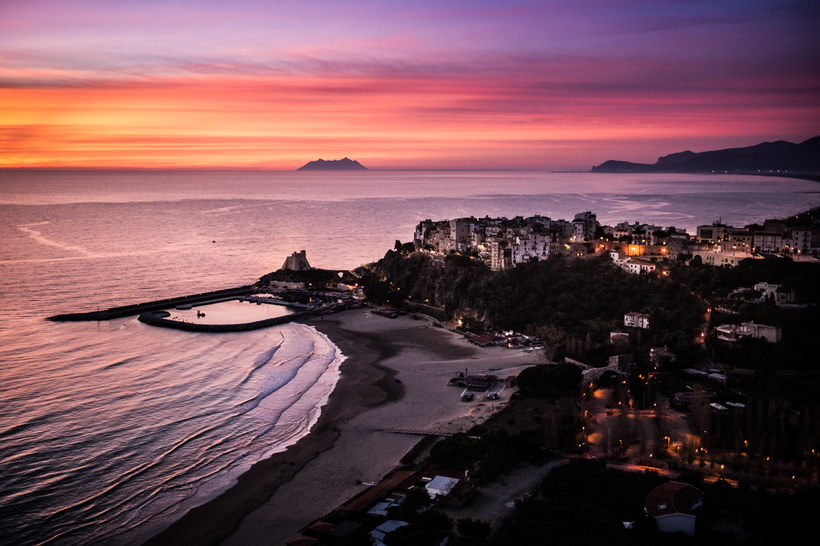 Sperlonga was built as a medieval fortress on a hill overlooking the Gaeta Bay. It is a very picturesque place with narrow cobbled streets consisting mostly of steps and houses next to bridges connecting them. The city has been attacked and captured more than once by Moorish pirates. The most famous among them was Khair-el-Din (Barbarossa), who captured the city in 1534. The most popular beaches in Sperlong are the two beaches located in two parts of the old town. One of them stretches for 18 km in Terracina, the other ends in a cave known as “Cave of Tiberius” or “Grotto of Tiberius”. From the stone extracted from this cave were made the marble sculptures that stand in the palace of Emperor Tiberius, located in the area. Today the sculptures are housed in a museum not far from the cave, just south of the city. 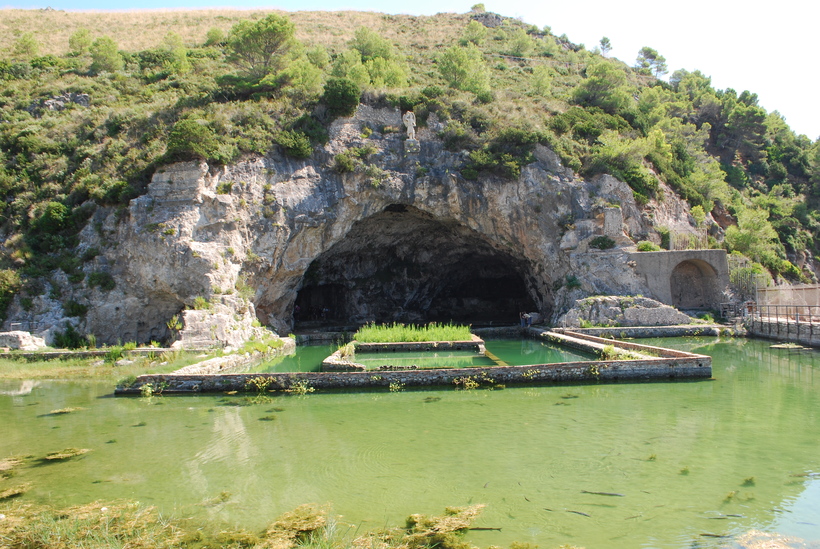 There are many other interesting towns and attractions within a 1 hour drive of Sperlonga. In particular the old town and port of Gaeta, the old town of Fondi, the temple of Jupiter Anxur in Terracina, the tomb of Cicero near Formia. 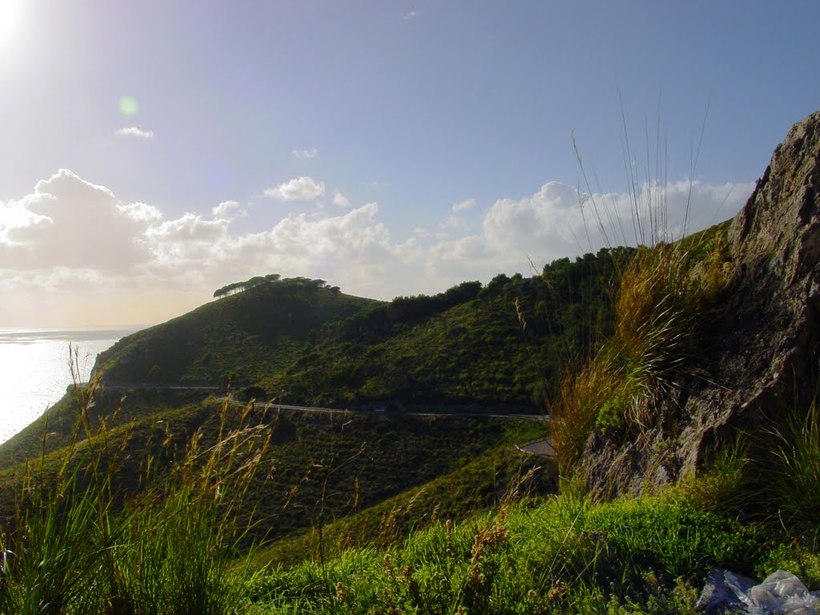 The road through Flaccia between Sperlonga and Gaeta runs along the cliffs, high above the sea and has many tunnels. On most of the cliffs, it is still possible to find traces left behind from the time when the lands of the great Roman empire stretched here. For example, you can see the tunnel that was built in that ancient period by extending the cave or the ruins of the old watchtowers.

The road through Flaccia also passes next to many small beaches, near which there are restaurants and other recreational facilities.

Today we would like to talk about another of our favorite regions – the Odyssey Coast. 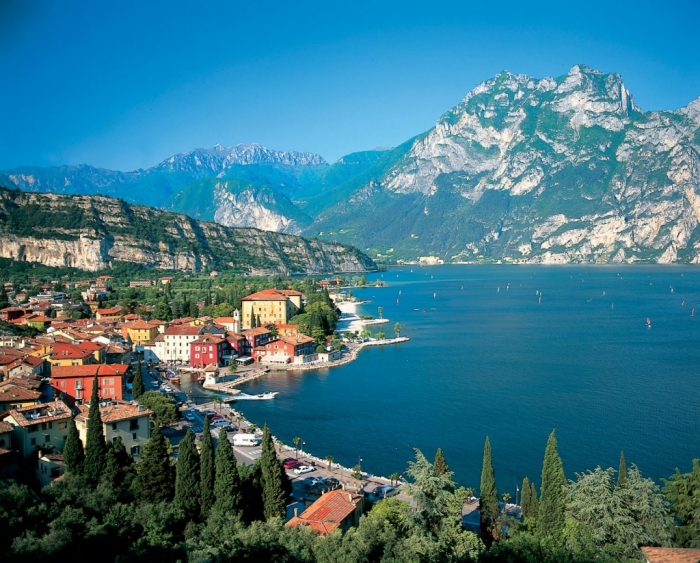 The coast of Odysseus is a picturesque region located just 1.5 hours from Rome.

First of all, the coast of Odysseus is famous for its beautiful beaches, awarded with the blue flag of the EU for their cleanliness and grooming. Most beaches are sandy with a gentle entrance to the sea, which is important for holidays with children.

Beach season on the coast lasts from May to late October. Extended swimming season allows you to enjoy a great holiday in Italy, and those who vacation is not the hottest months.

It is important to note that the village of Odysseum is known throughout the world for its salubrious air. In terms of iodine content it is second only to the Mexican resort of Acapulco and takes second place in the world!

And the proximity to Rome, as well as Naples and Pompeii guarantee you an interesting holiday and a variety of excursions. 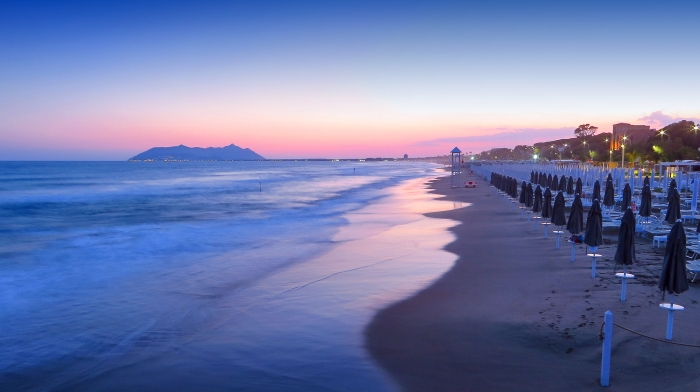 Terracina is considered the capital of the Odyssey coast. It is the most popular resort in the region. This town is perfect for everyone: families with children, young people, mature couples, lovers of outdoor activities and connoisseurs of solitude.

Terracina – it is 15 km of gorgeous sandy beaches with a gentle approach to the sea. The cost of a set (2 sun loungers and an umbrella) varies from 10 to 15 €.

On the central beaches in the summer months there are organized playgrounds for children with attractions and entertainment. Also for children in the port area you can find a mobile amusement park. If your children want to visit a water park or amusement park, you can go to the neighboring towns. The closest one is in Latina – Scivosplash Aquapark. At 40 km from Terracina you can visit the water park Miami Beach. Another recommended amusement park is Rainbow Magicland in Valmontone. 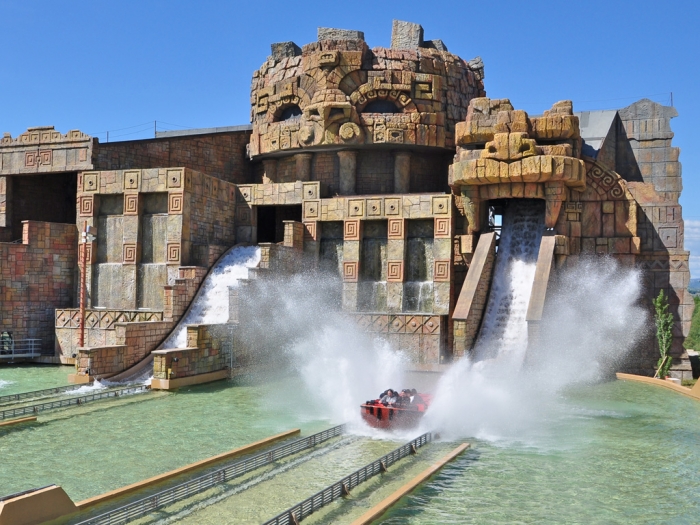 Along the promenade in Terracina there is a beautiful promenade with many restaurants, cafes, bars and discos. Here’s a nice place to take an evening stroll and enjoy the sea air. In Viale Vittoria and some squares in the city at weekends during the summer months there are concerts, fairs, and shows. 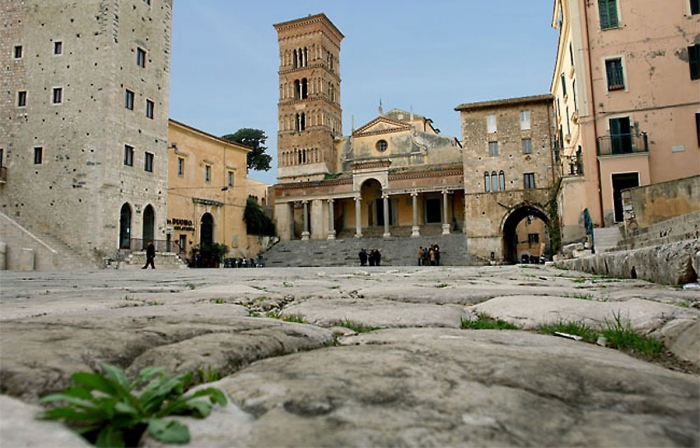 As for shopping, most of the stores in Terracina are on the streets parallel to the promenade. For the most part, they are brands of local designers. If you are interested in more popular brands, we recommend going to Outlet Valmontone or Castel Romano.

On Thursdays there is an outlet market in Terracina, where you can buy outlets, home textiles and local products. The city is also famous for its fish market, which every day brings a huge variety of fresh seafood and fish.

For those who like active rest we absolutely recommend visiting the diving center of Terracina – Pianetamare.

Sperlonga was built as a medieval fortress on a hill overlooking the Gaeta Gulf. It is a very picturesque place with narrow cobbled streets consisting mainly of steps and houses next to bridges connecting them. 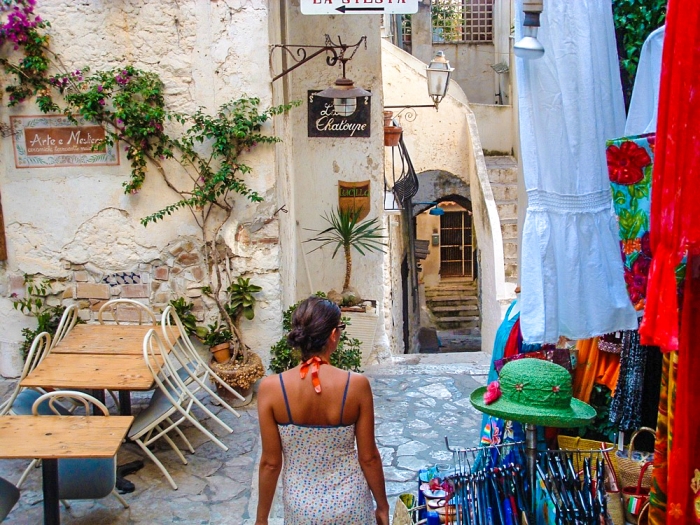 Sperlonga also has beautiful wide beaches with golden sand. Here you can enjoy a quiet measured rest, strolls through the city and the real Italian cuisine. Conditionally, the town is divided into 2 parts: the old and new. New Sperlonga is a quieter and quieter part of town, designed for beach holidays. The old town consists of a lot of narrow streets and white houses, through which it is pleasant to walk during the day or evening, looking at the local stores and workshops. Here you can find the ancient church of St. Mary and St. Rocco and visit the National Archaeological Museum. But what we definitely recommend to see is the grotto of Tiberio, a cave that was part of the luxurious residence of Emperor Tiberius and amazed everyone with its grandeur. 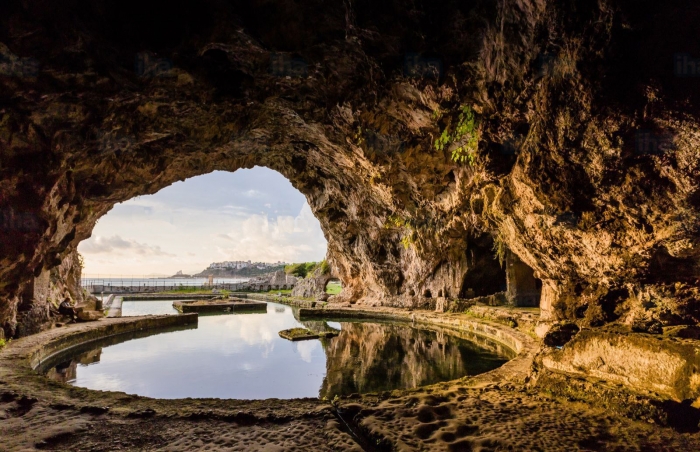 In Sperlonga you can taste the traditional “Mozzarella di Bufala” and the best Italian pizza, because the city is close to Naples, the birthplace of this main Italian dish. By the way, not far from Naples there is an excellent shopping center – LA REGGIA DESIGNER OUTLET if you are interested in shopping. 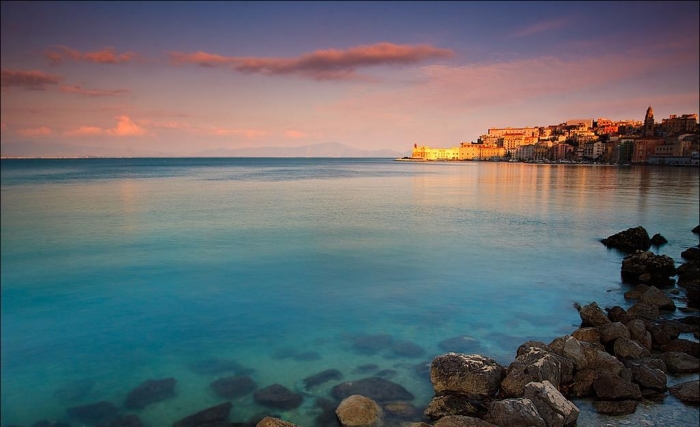 Popular this coast makes not only its charming towns, fascinating nature and beautiful beaches, many people prefer to vacation on the coast of Odyssey in Italy because of the proximity to popular cities, where you can go on excursions, both with a group and on their own.

Going on holiday to Odyssey, you fly to Rome and can stop for 2-3 days in the Italian capital to learn more about the sights of the city, or buy a tour to Rome already being in one of the resorts. Especially since it’s only 1.5 hours from the coast.

Of course, you must visit Naples and Pompeii – in these cities you will feel the real spirit of Italy. Naples is an amazingly beautiful city with narrow streets, beautiful squares and many historically significant sights. Everything here is reminiscent of the old Italian movies, the romance of which is so attractive to Italy. In addition, in Naples you can taste the best pizza, pasta and coffee in the world. They differ in taste due to the fact that all products are grown on volcanic soil.

Near Naples is one of the most important UNESCO sites – Pompeii. It is an open-air museum, which is more than 2.5 thousand years old, but it is well preserved. Walking through the ancient streets, you can immerse yourself in history and learn how people lived before Christ.

While vacationing on the coast of Odysseus, we also recommend going to the islands of Capri and Ischia, the pearls of the Tyrrhenian Sea. Ischia is a picturesque island with magnificent scenery. It is famous for its healing air and some of the best thermal parks in Europe. Here you can dedicate a day to your recovery, bathing in the thermae or signing up for a mud treatment procedure. Near Ischia is the island of Capri. This place is famous for its rocky landscape, there are beautiful panoramic landscapes. Also Capri is a vibrant town with a great infrastructure, where all the European and Russian stars rest. 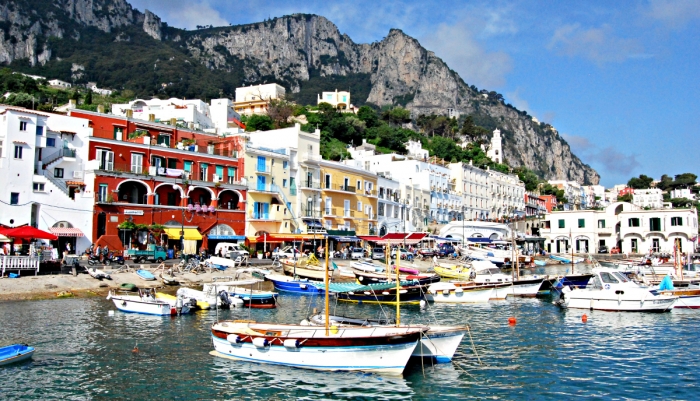 By the way, if you know exactly what you want to visit a lot of excursions, combining it with a vacation on the coast, it will be much better to take one of our combined tours.

Discover for yourself your Odyssey, choosing one of the resorts to your liking. Believe me, your expectations will be met by 100%, because it’s not in vain, according to the reviews of tourists, it is considered the best place to relax in Italy. Call our managers, come on, and we’ll find exactly your vacation!