On the Inca Trail or the Road to Machu Picchu

The state of the Inca ruler Pachacutec was an empire thanks to its organized infrastructure, the basis of which was the communication system between settlements, which was a network of narrow paths from modern Colombia to Chile, on which the trade caravans, troops, messengers, priests and wanderers ran. One of the most important routes for the Inca Empire was from the capital city of Cuzco to the sacred city of Machu Picchu. Today it is known worldwide as the Inca Trail, or the Inca Trail. Because of its beauty and historical context, it attracts thousands of tourists every year and has long been one of the ten most popular trekking routes in the world.” 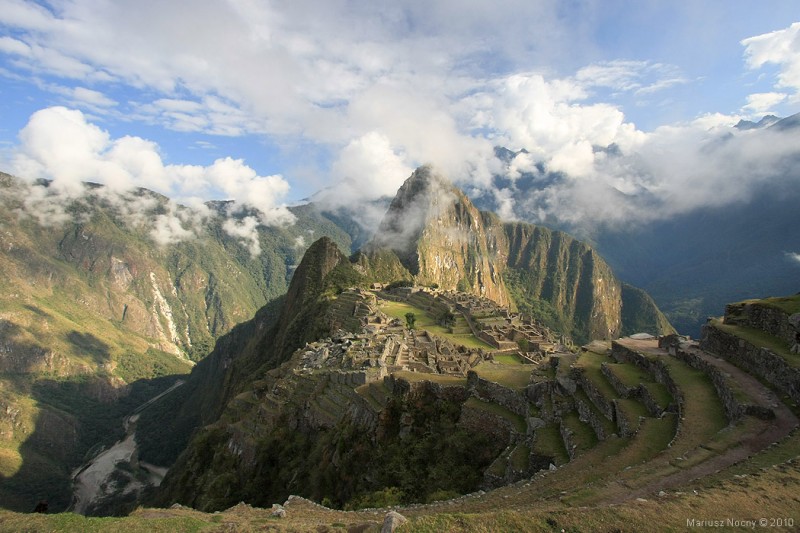 Thinking about automating your enterprise and need software development? A team of professionals will help to solve this problem. Learn more: +7 (495) 505-14-47

For me it was a kind of a trekking tour, I began to prepare for it almost six months before my trip to Peru, having planned it first and then the rest of my stay in this country. As it turned out, preparing for the Inca Trail is not just about buying the necessary equipment. The point is that the route crosses a protected zone, and fortunately it is not possible to pass it on your own today. The Peruvian government has killed two birds with one by monopolizing the Inca Trail and regulating access to it. First, special name passes are issued only to 125 hikers per day, allowing the preserve to be kept in pristine condition. The limited number of passes explains the need to plan the trip well in advance. At the end of June, I had to register for the 9th of October because everything was booked up to the 8th. Second, each name pass is not issued for free, which serves as an additional source of budgeting. However, the requests are not submitted directly to the Ministry of Tourism of Peru – there is a network of accredited firms in the country, which process applications wishing to pass this or that route, including the “Inca Trail”.

Peruans have done everything to popularize the Inca Trail, and we can say that they have streamlined the business: a tourist is not only given a pass with his name and passport data, he is allocated a trained guide with knowledge of English, a cook and porters to transport food and cooking utensils. If a tourist does not want to carry his own backpack, he can hire an additional porter. For me, it is a matter of principle to carry my own burden. Of course, this is not a campaign in our usual sense, you are not left to yourself, you do not carry your own provisions, calculated by day, not free to camp in your favorite place, make a fire and meet natural needs wherever he pleases. Someone may say that it is not a hike, but a refined walk, but if you move away from the egoistic component of such judgments, you will involuntarily come across very positive and life-affirming thoughts. 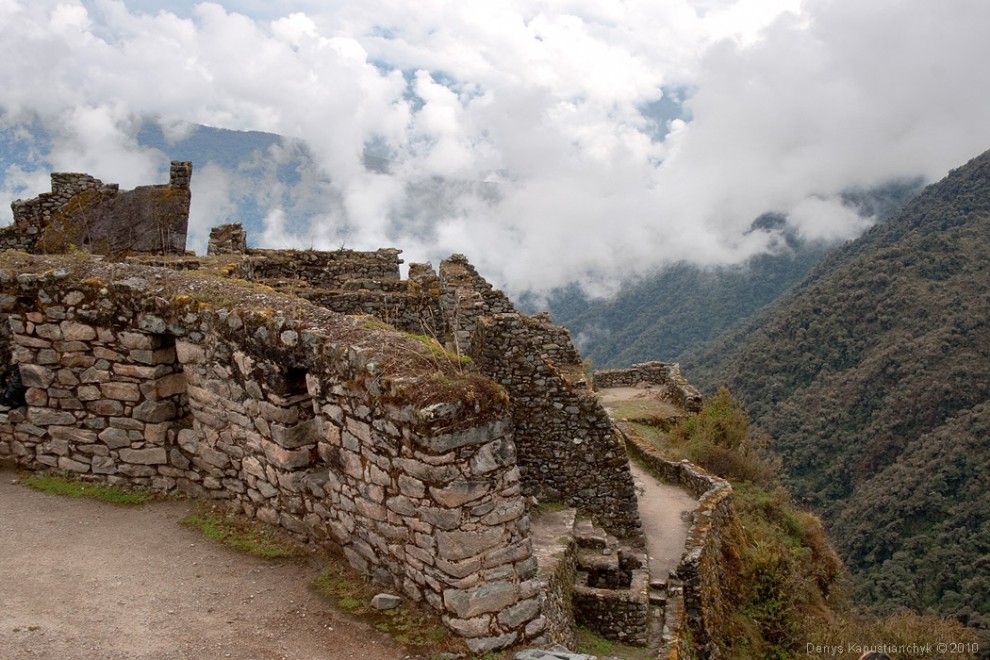 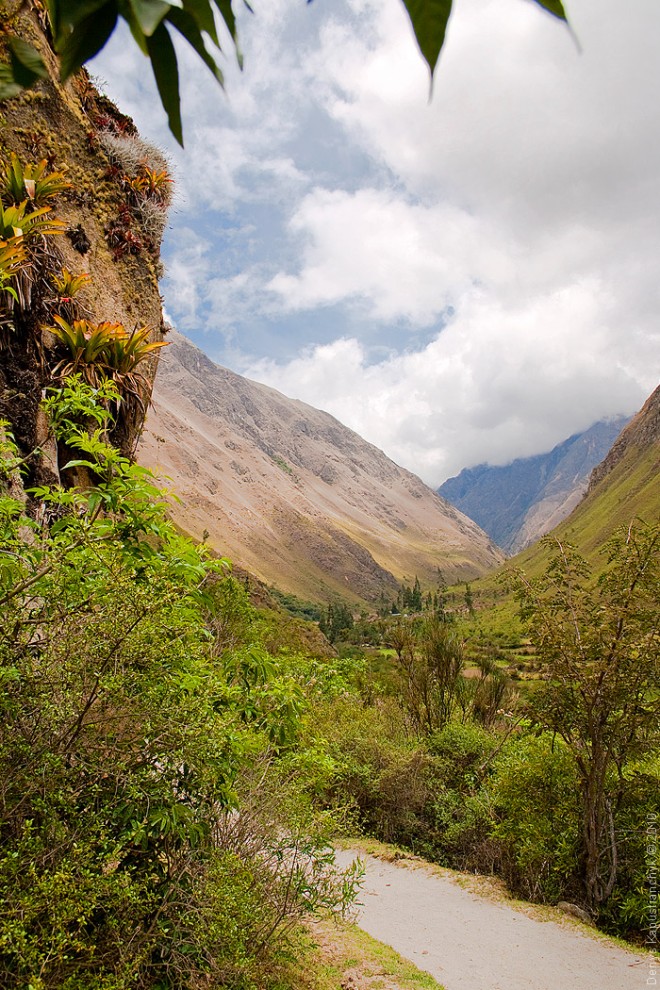 2. Second thought: they took away your chance to be a hero in the mountains by yourself, but in exchange they gave you a local guide, who is ready to answer any question you may have about the history of the local population, the flora and fauna around you, and the local tourist tales, which are worthwhile in and of themselves. In addition, do not forget that the actions of other walkers are also regulated, and this allows you to contemplate it is the beauty, and not the traces of life tourists. 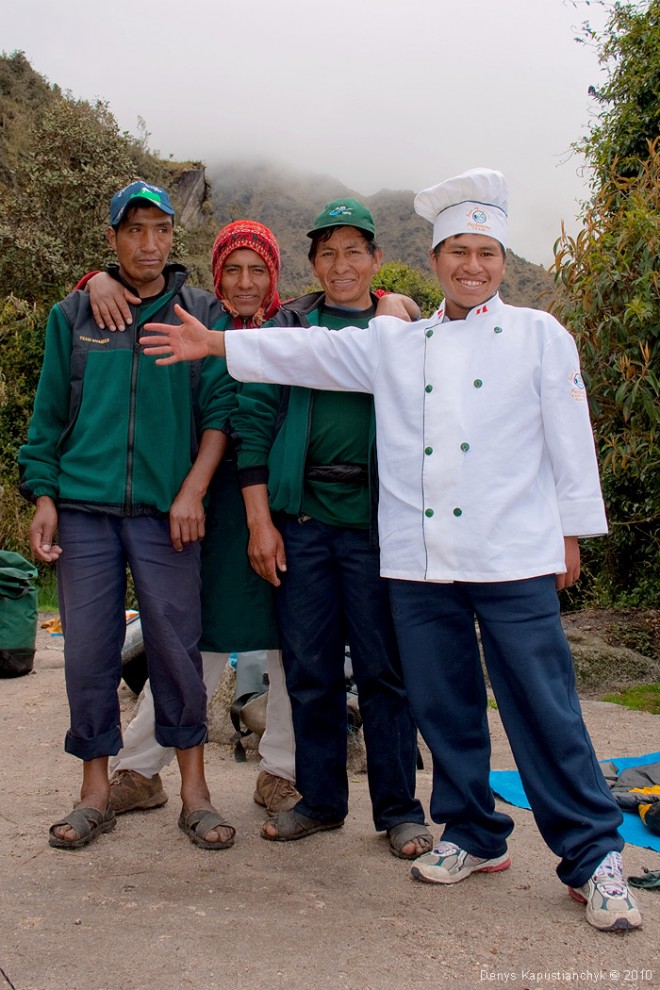 The third and final thought: you go with people whom you have never seen before and will hardly ever meet again, but it is a classical scheme, which was used by many discoverers who hired local guides and porters. In addition, by the end of the first day, you become one friendly team. 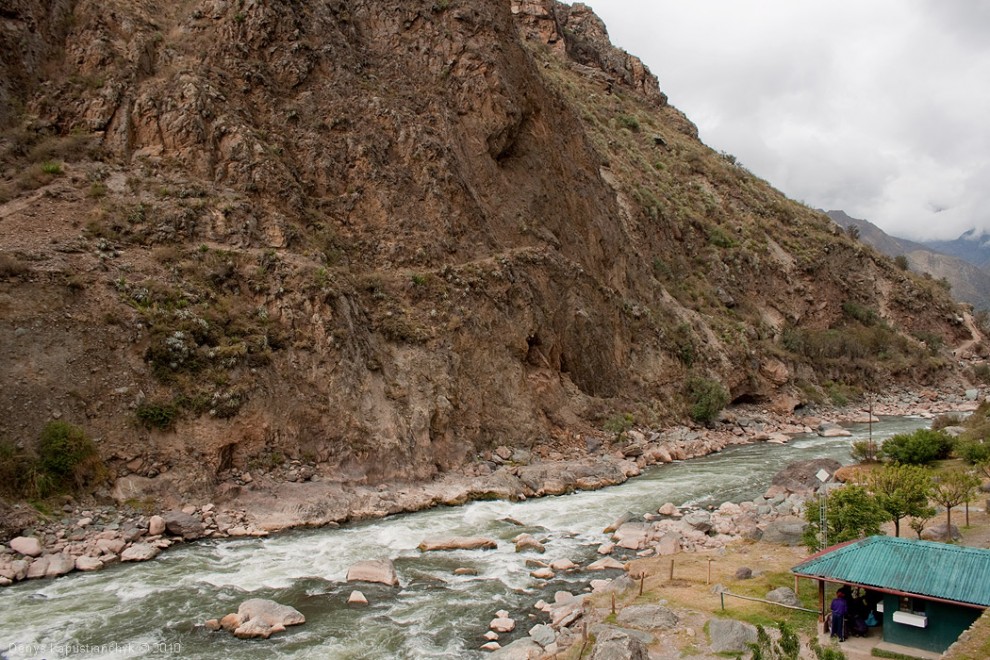 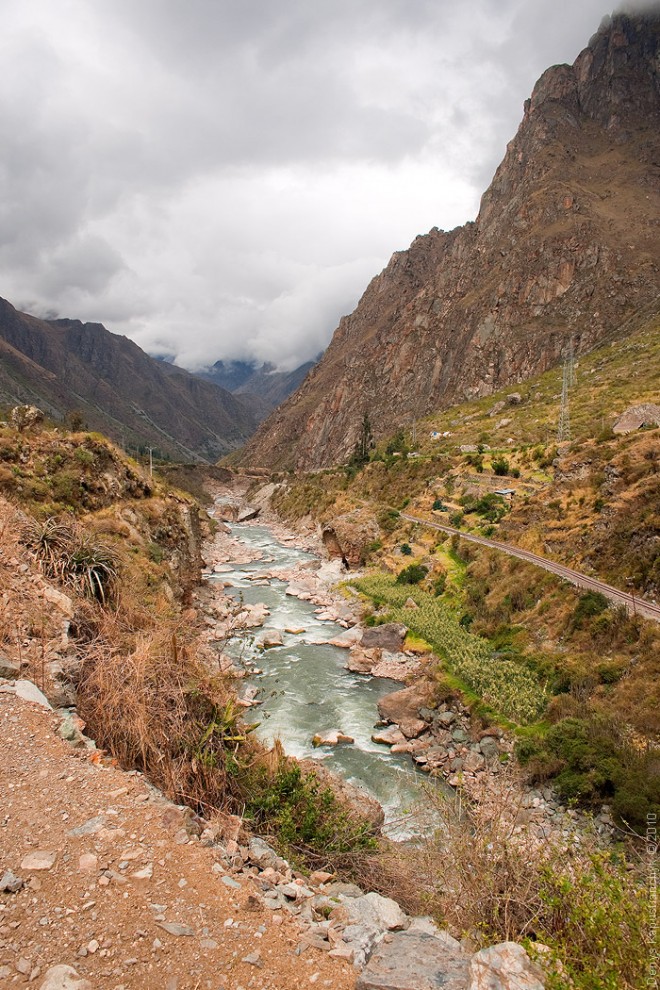 5. The route begins in the town of Oyantaytambo, to which we were brought by minibus. On the photo – the first checkpoint, where tourists show their passports to park rangers, who put the first stamp on the passes. 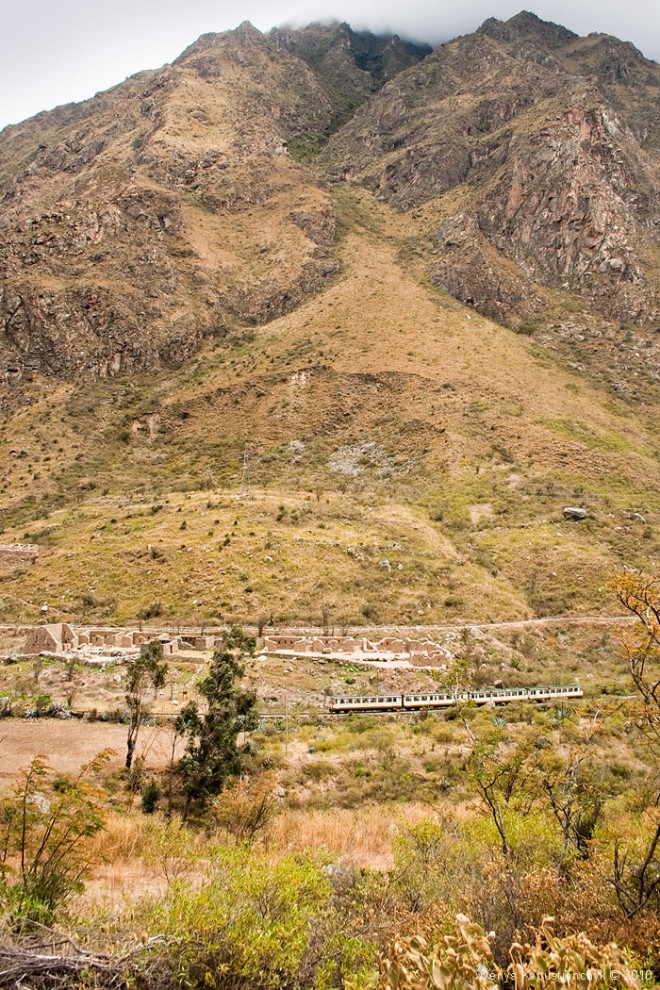 6. After crossing the suspension bridge, with each step the tourists get away from the achievements of modern civilization, watching the trains passing on one of the highest passenger railroads in the world. 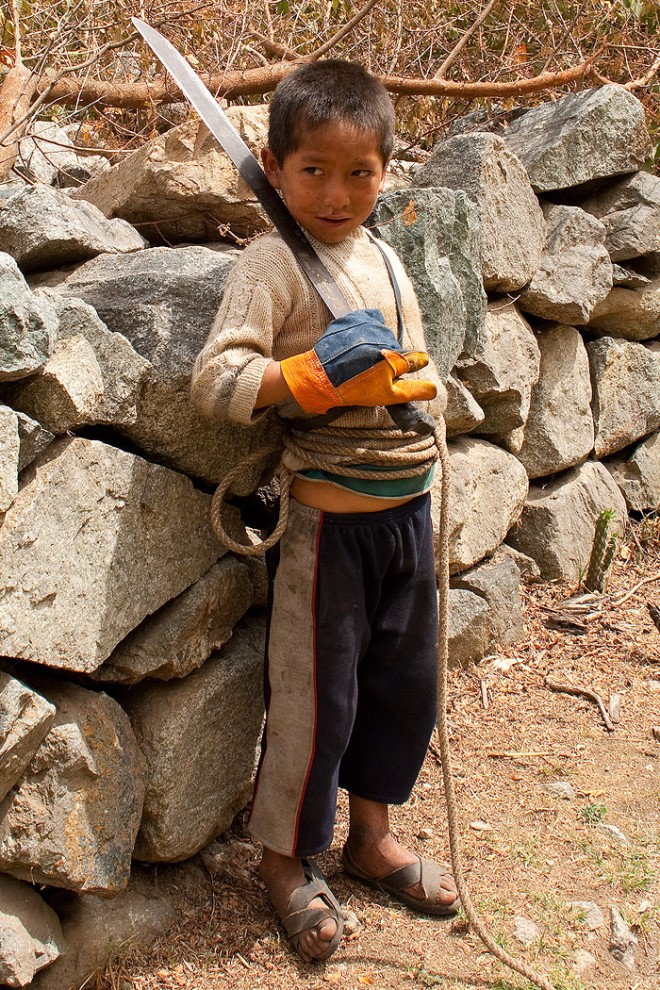 7. On the first day, the route passes through a small number of farmsteads in which it is common to meet such colorful inhabitants. Perhaps this is what Danny Trejo’s character in the movie Machete would have looked like as a child. 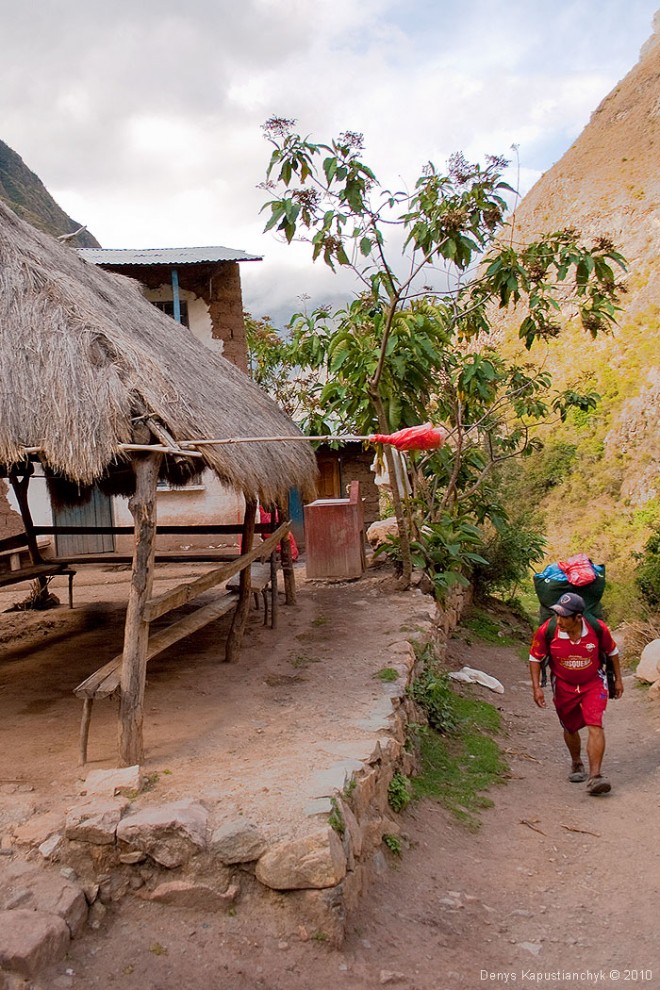 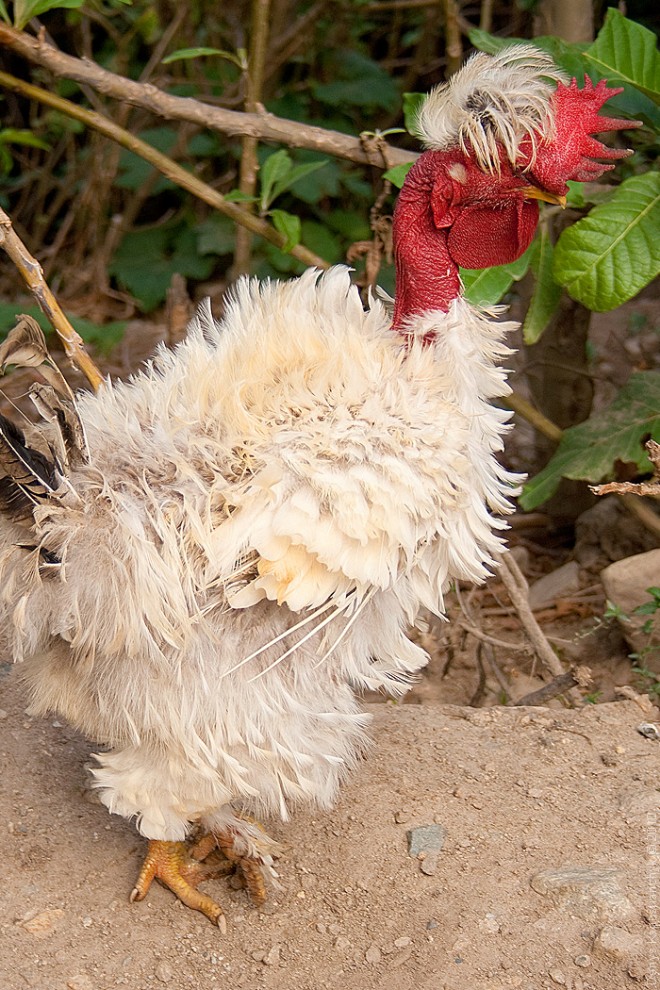 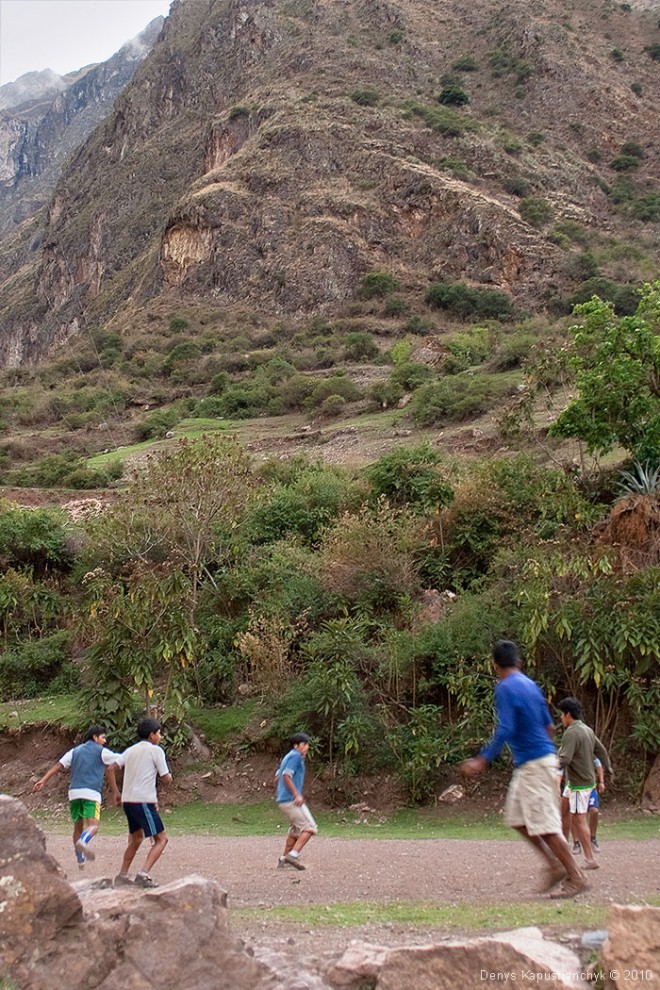 10. The locals are very well adapted to life at high altitude and are very active here. Many of them have problems in coastal areas where the air is as thin as in the mountains. The symptoms, however, are the same as those of many plains dwellers who have climbed into the mountains: headache and nausea. 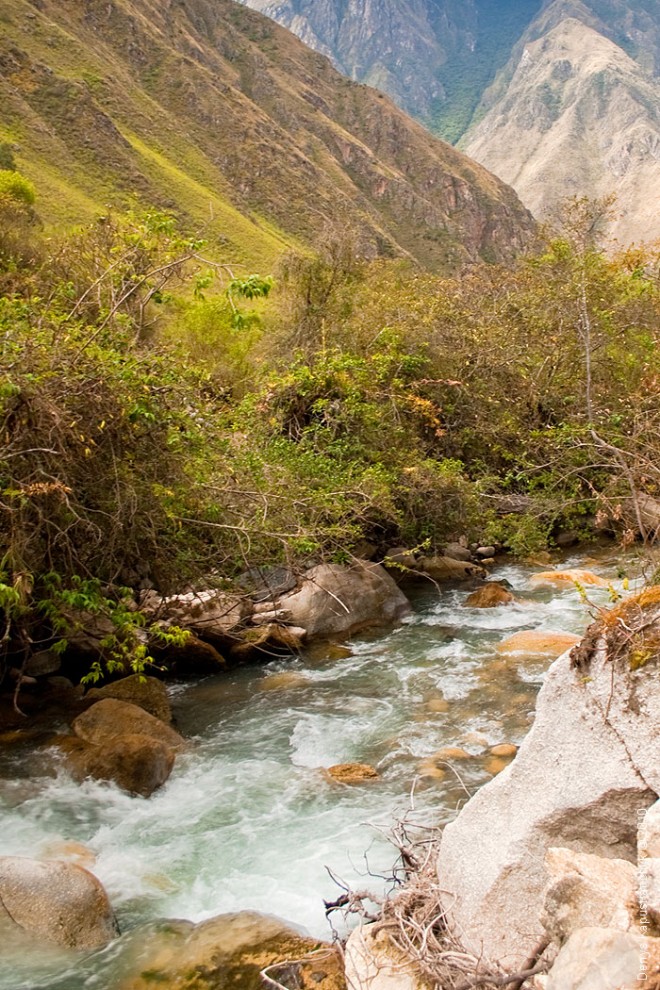 11 Noticing the crystal clarity of one of the mountain rivers, I asked my guide, Alfredo, if I could refill the bottled water. He recommended that I not do so, telling me that the river was polluted. In my mind, I instantly pictured a factory upstream and a metropolis pouring its sewage into the water. When asked what the river was polluted with, Alfredo replied very seriously, “There’s a farm on the top, and the cattle there drink the water from the river. Of course, this rudeness made me lose any desire to take water. 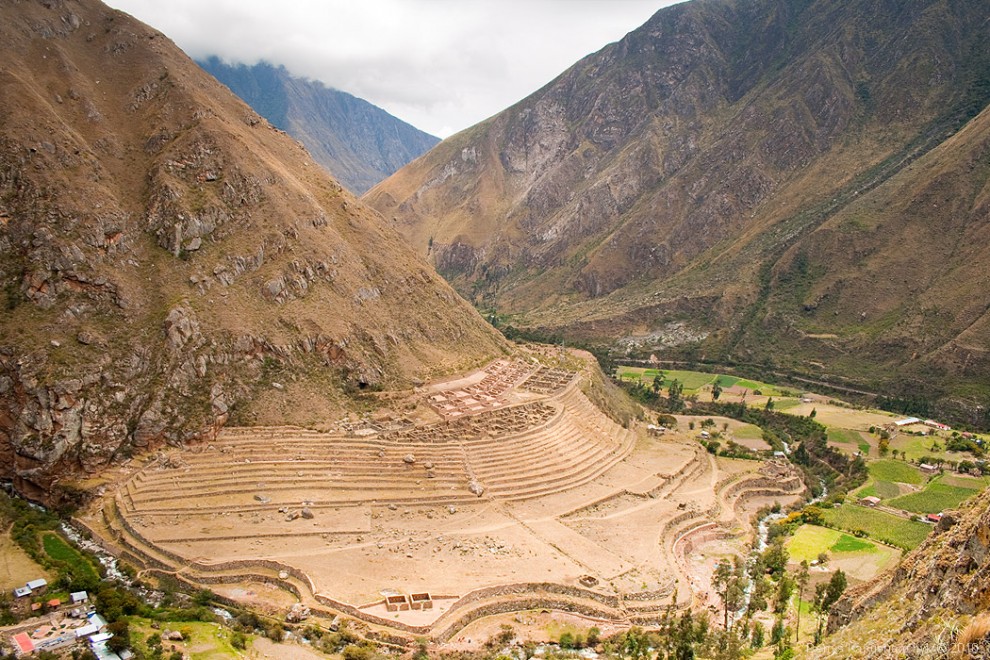 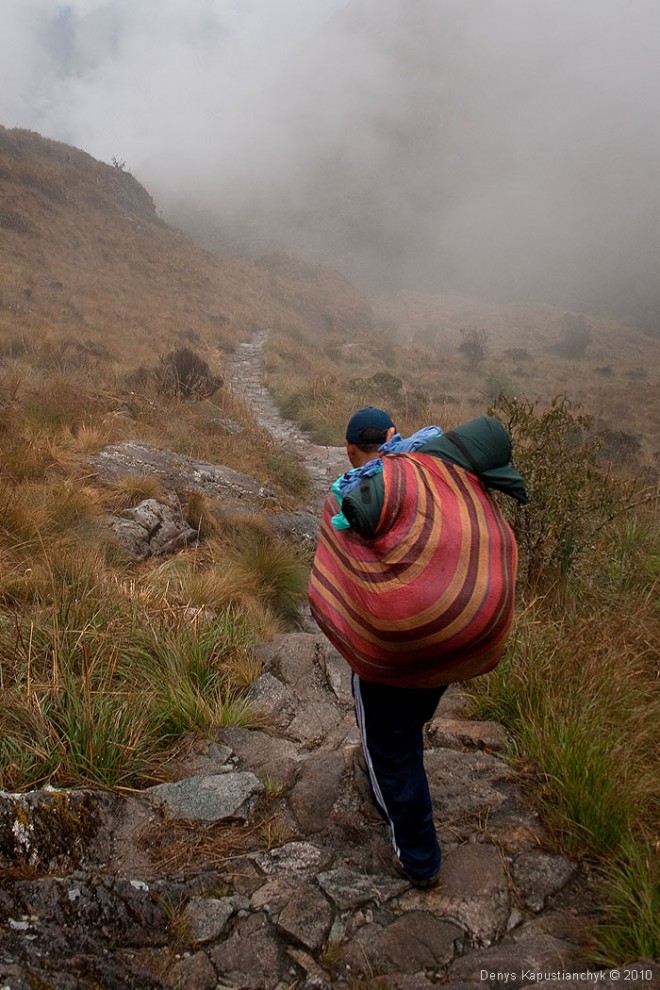 13. 13. Running up to any of these checkpoints, a messenger would signal by blowing a sink whistle that he would be met at the entrance with a portion of food and drink, which he quickly devoured and, without lingering, ran on. After him, additional messengers were sent to other localities. In this way information was spread throughout the state in ten hours at the most. Today, the descendants of those messengers – porters – run along the Inca Trail. And many of them do so in coarse rubber flip-flops, bought for a dollar, but able to last ten years. 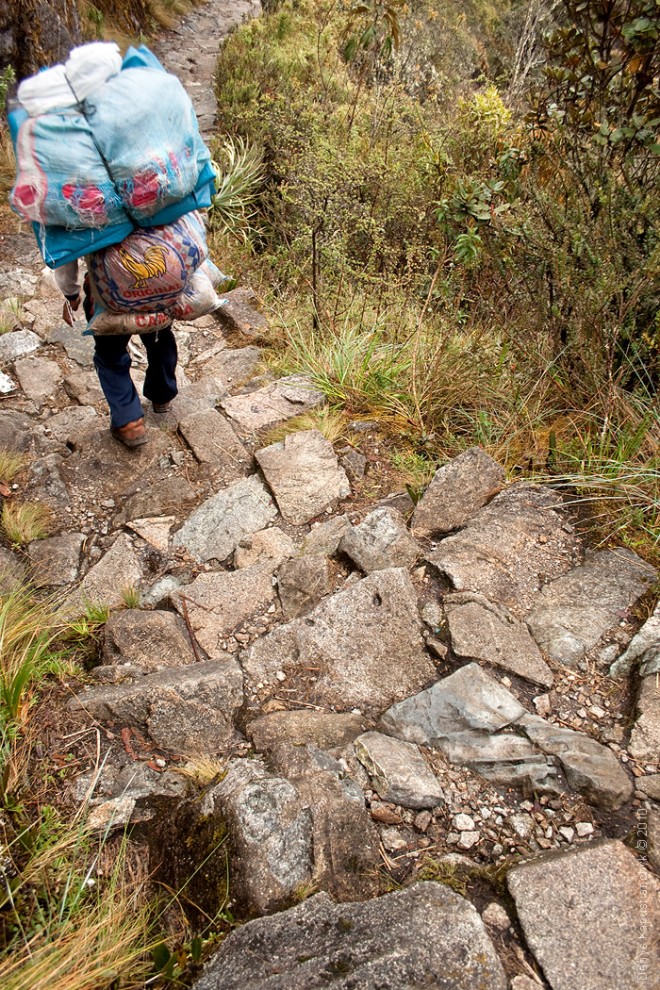 14. In addition to the impressive loads on their backs, some manage to carry old square receivers in their hands, brightening up the mundanity of their usual work with the hissing and whistling sounds of radio transmissions. I didn’t encounter a single running tracker along the entire route. All of them were breathing deeply and frequently, walking carefully, which did not prevent some of them from stumbling and falling from time to time. Fortunately, not into the abyss. If a hiker hears the footsteps of an approaching porter, he must let him pass, standing on the side of the rock. The fact is that there is a risk of being unnoticed by the local speed walker, bent under the weight of his non-ergonomic bag and, in the worst case – resemble a condor. 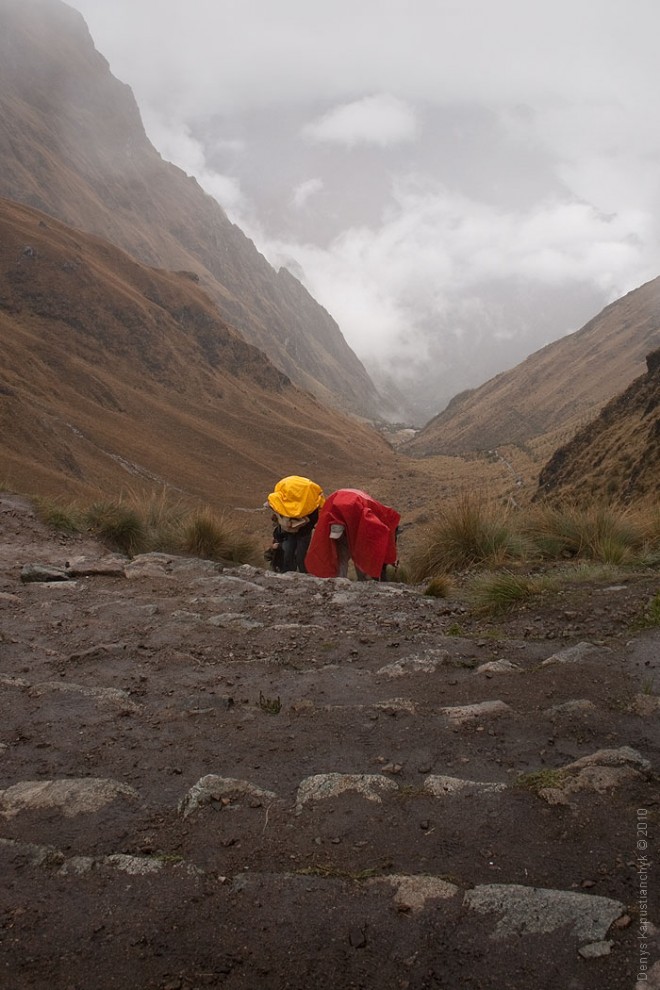 15. Nowadays, the weight of the loads transported by these people is strictly regulated: it must not exceed 20 kilograms. They used to be loaded with much more. The guide, Alfredo, told how a few years ago a small but perky old Argentine woman decided to hire an extra porter to carry her beloved. The porter, as it turned out, was not averse to carrying the grandmother for the amusement of all who passed by. The cheerful woman joyfully signaled to amazed tourists and bravely spurred her two-legged Bucephalus to choose an angle and take pictures. I guess the Argentine woman had to stop the porter to take pictures a lot because the lighting, weather, landscape, vegetation, and even the climate here changes all the time. 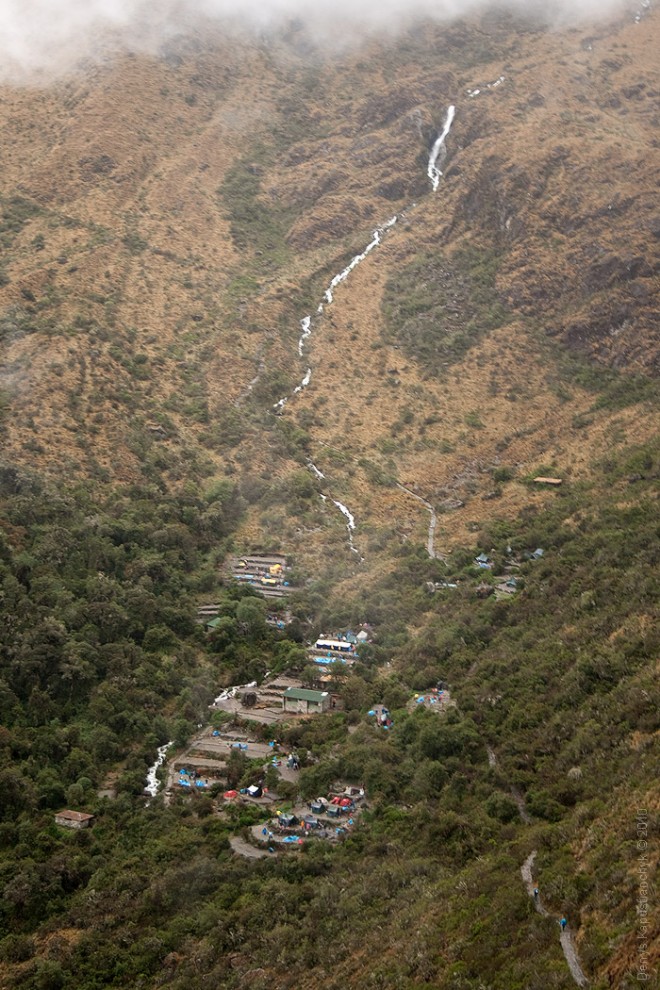 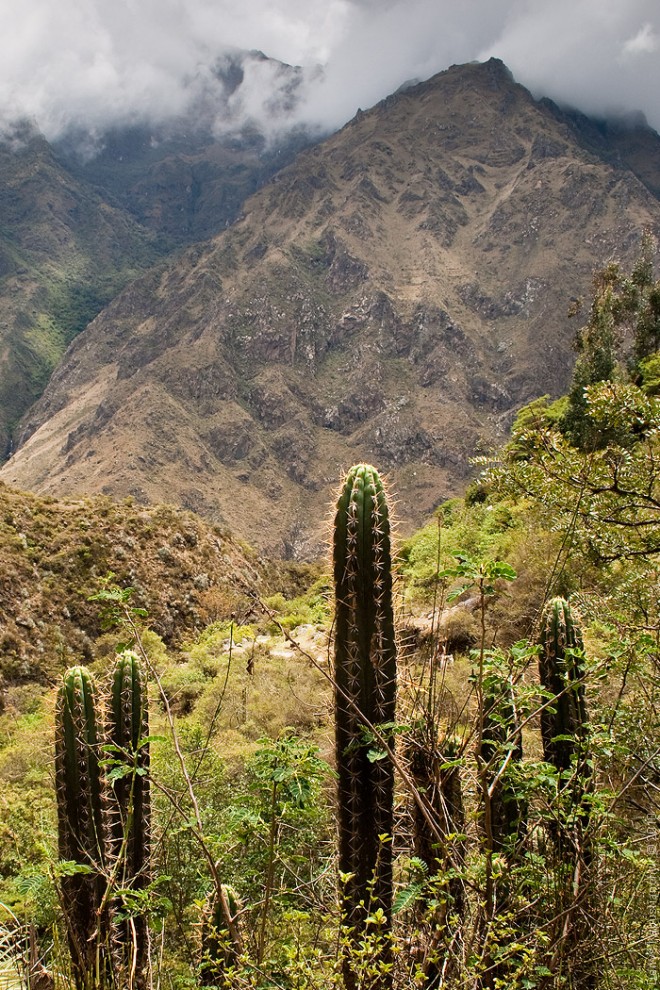 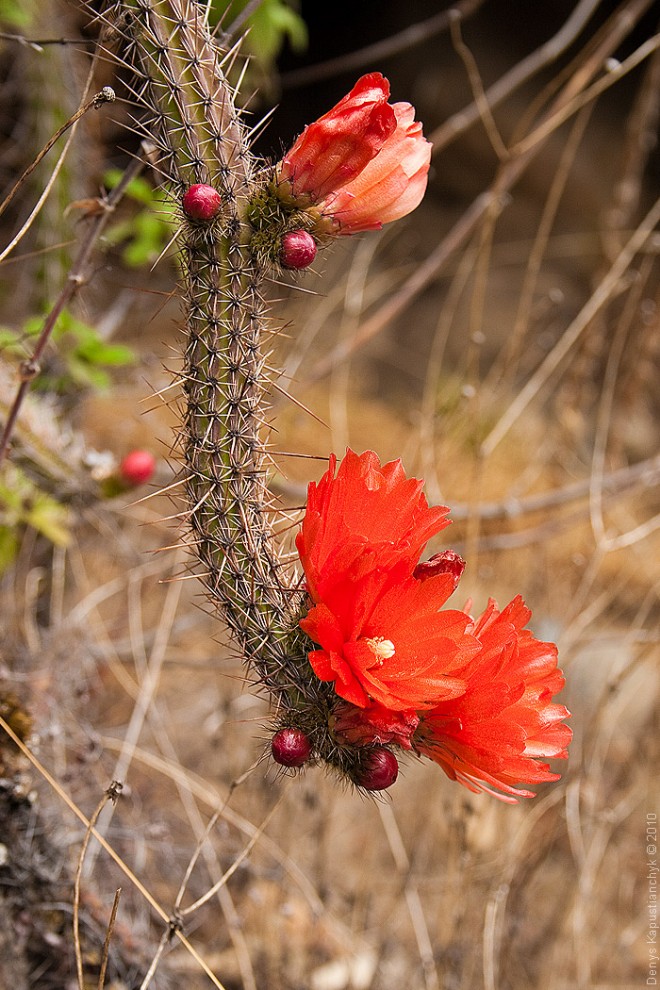 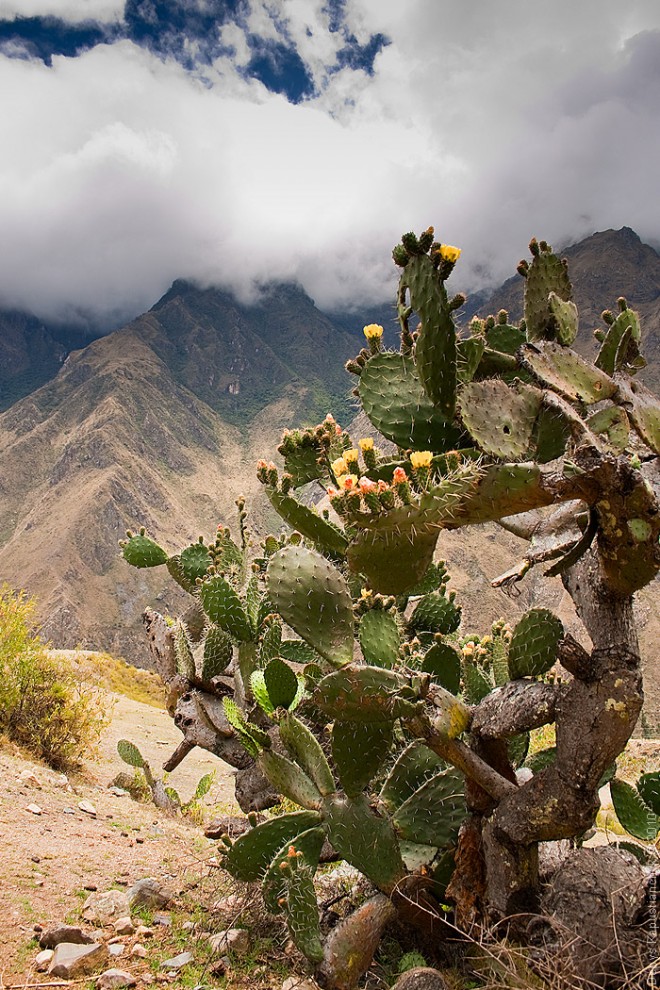 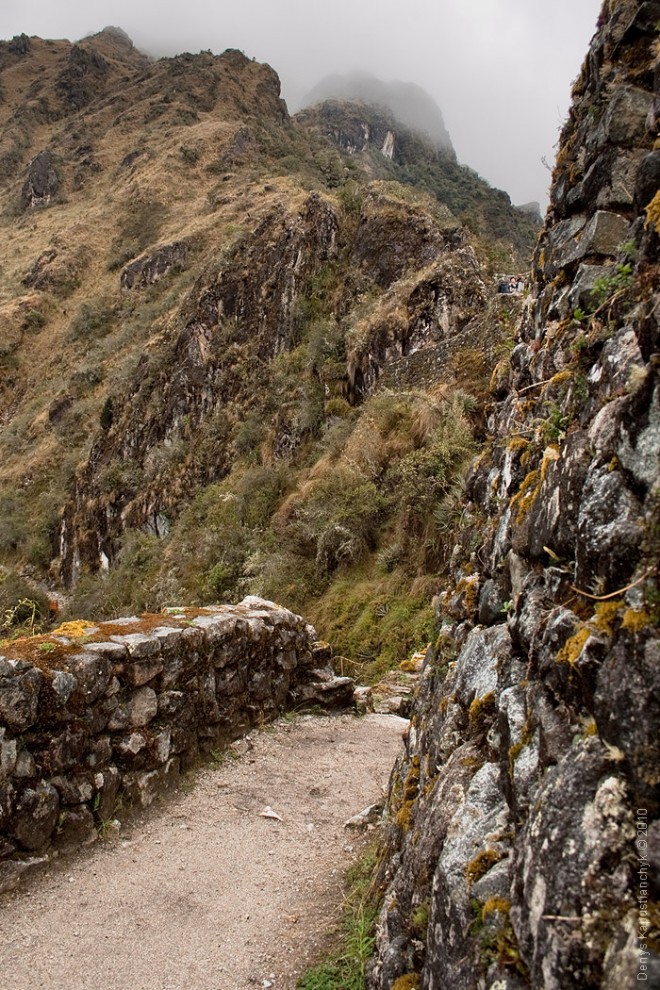 20. But Peruvians don’t make tequila. Peruvian everything is coca. Cultivated in ancient times, the cherished bush was both a source of protein, vitamins and micronutrients, a blood pressure stabilizer, an anesthetic and a source of worship for the native highlanders. Today in Peru, you can buy coca anywhere, and it is served everywhere and to everyone, young and old. It is chewed, used to make tea, candy, drinks, and more. But it wasn’t until the end of the 19th century that German scientist Albert Niemann started making this “much more” by chemically purifying the alkaloid in coca. Before that, Peruvians had no idea what could be obtained from the cherished leaf.

READ
3 interesting cities in France that are worth knowing about 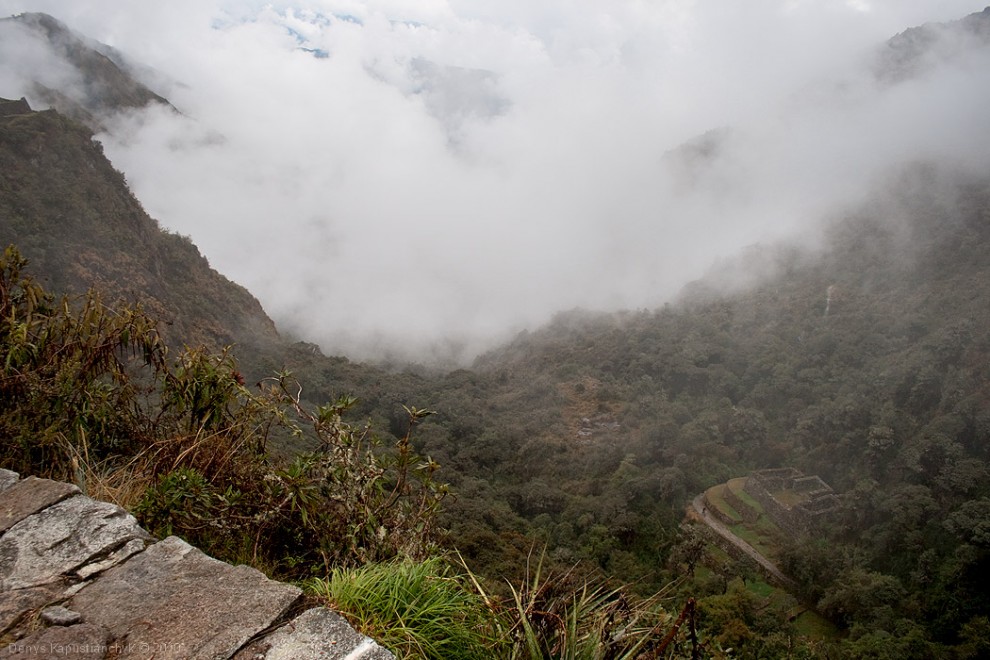 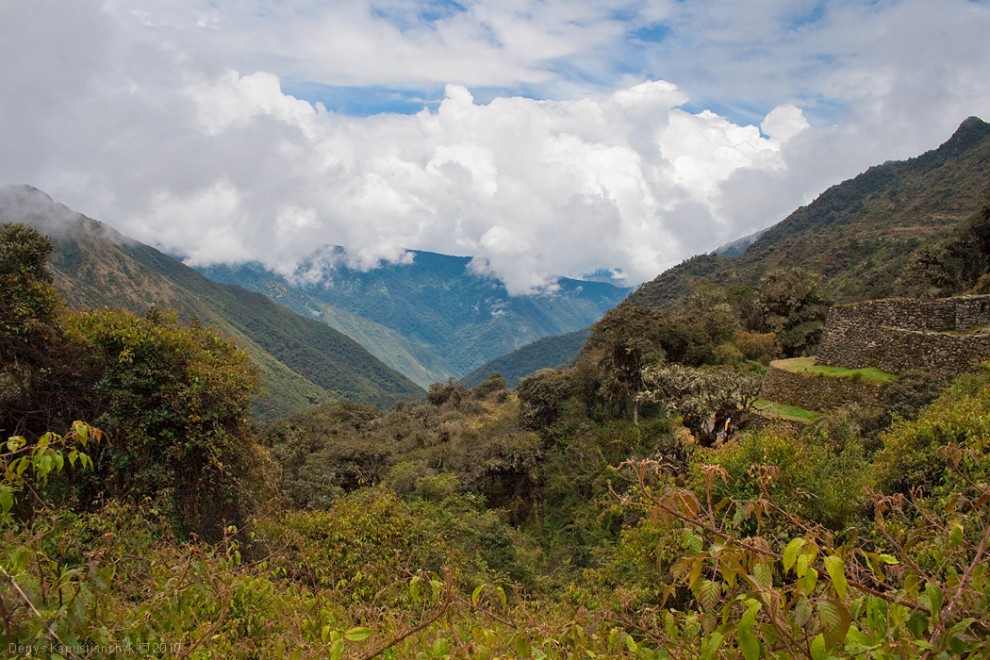 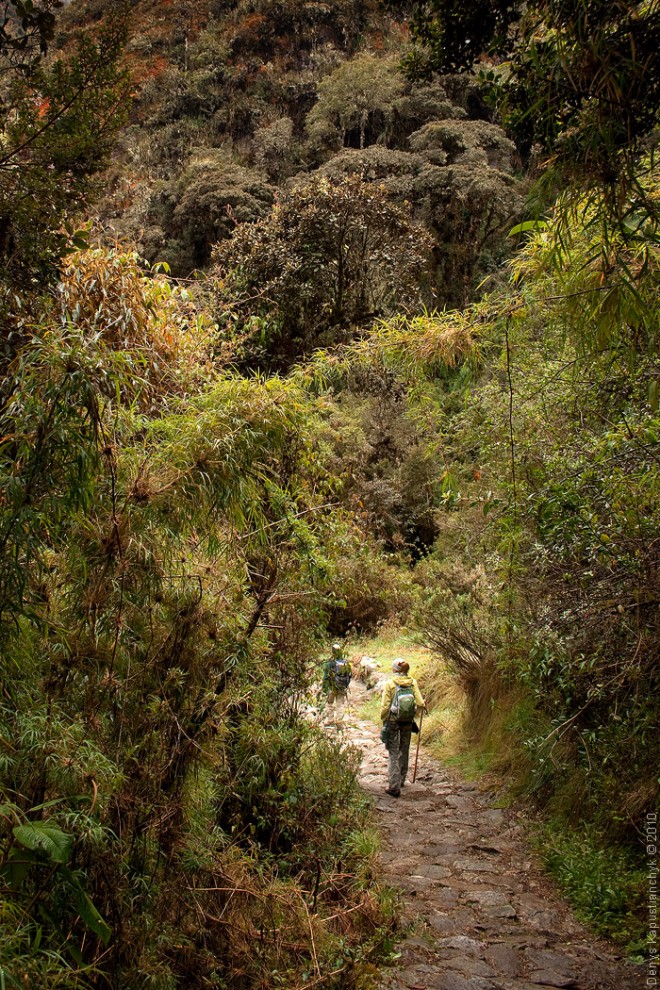 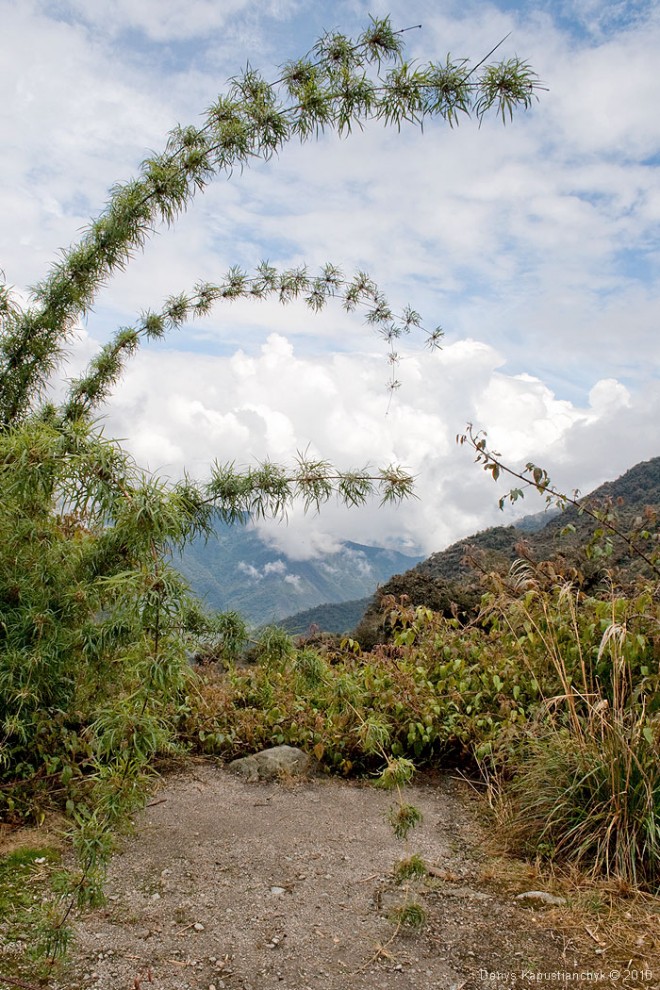 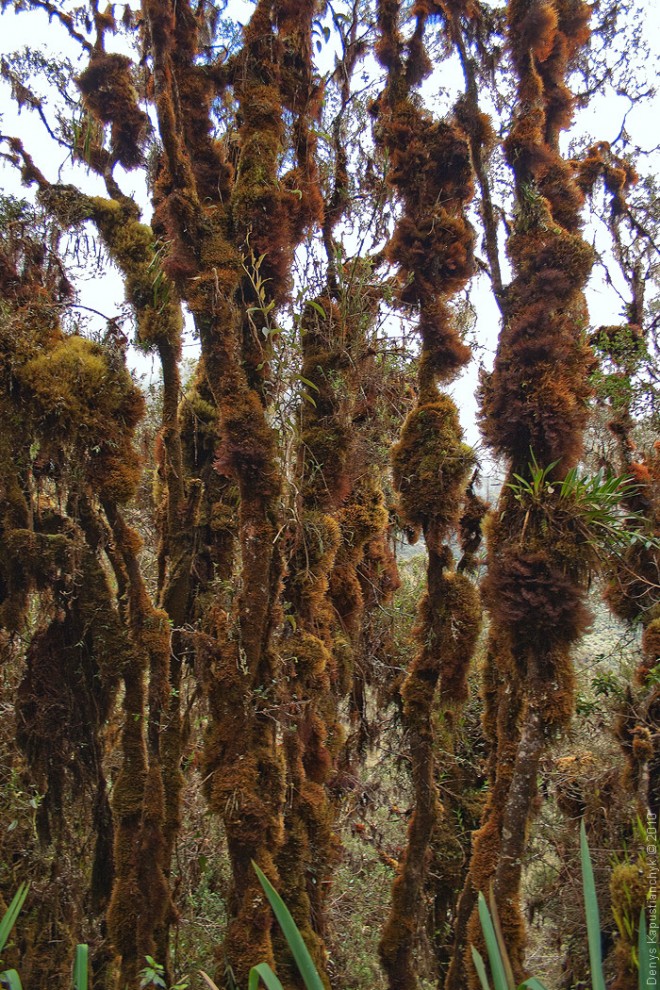 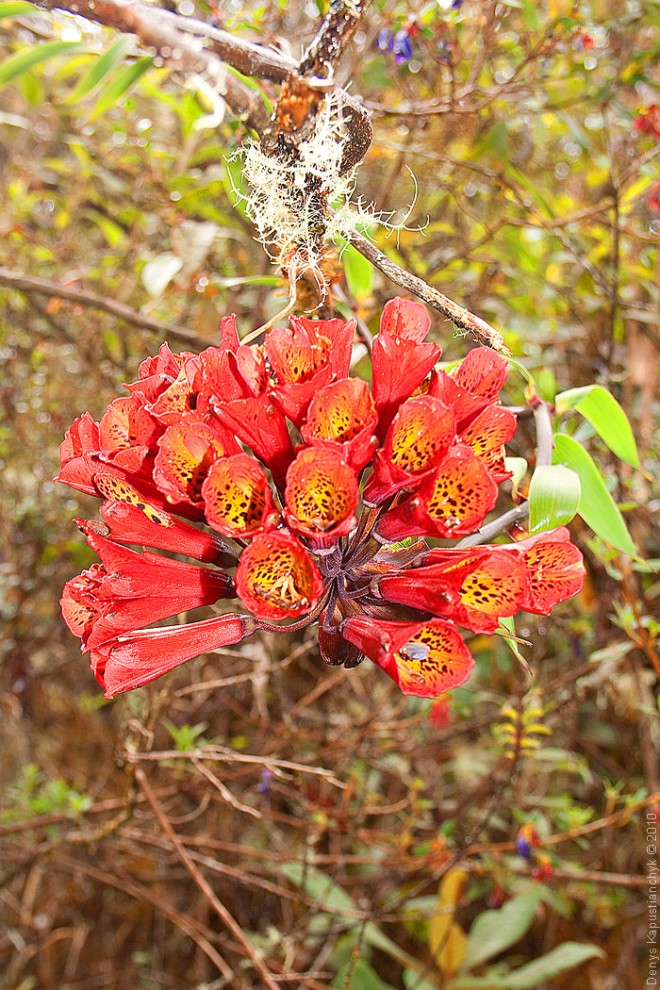 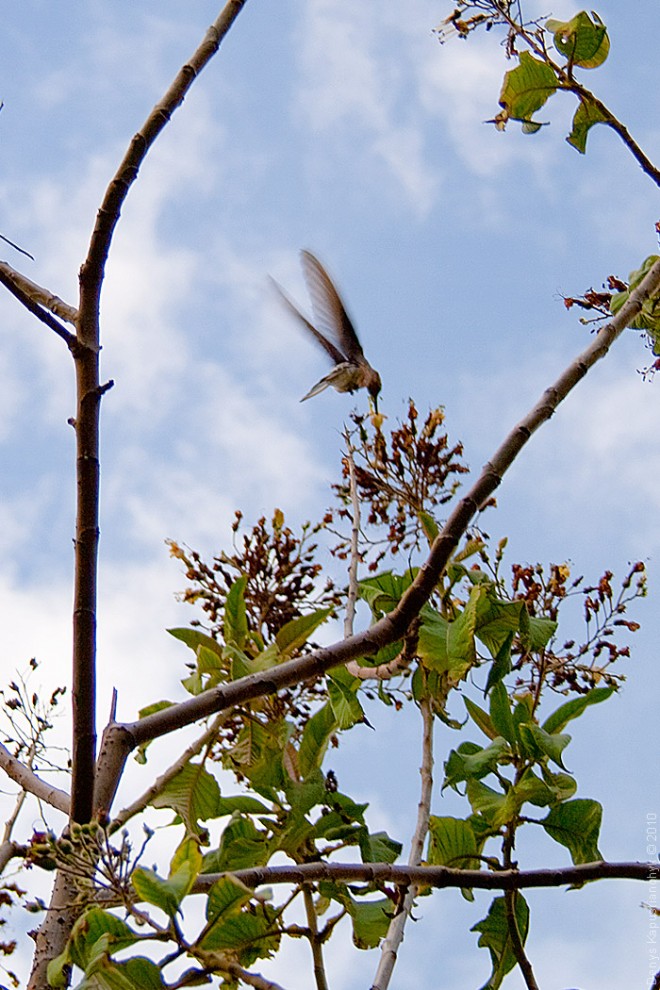 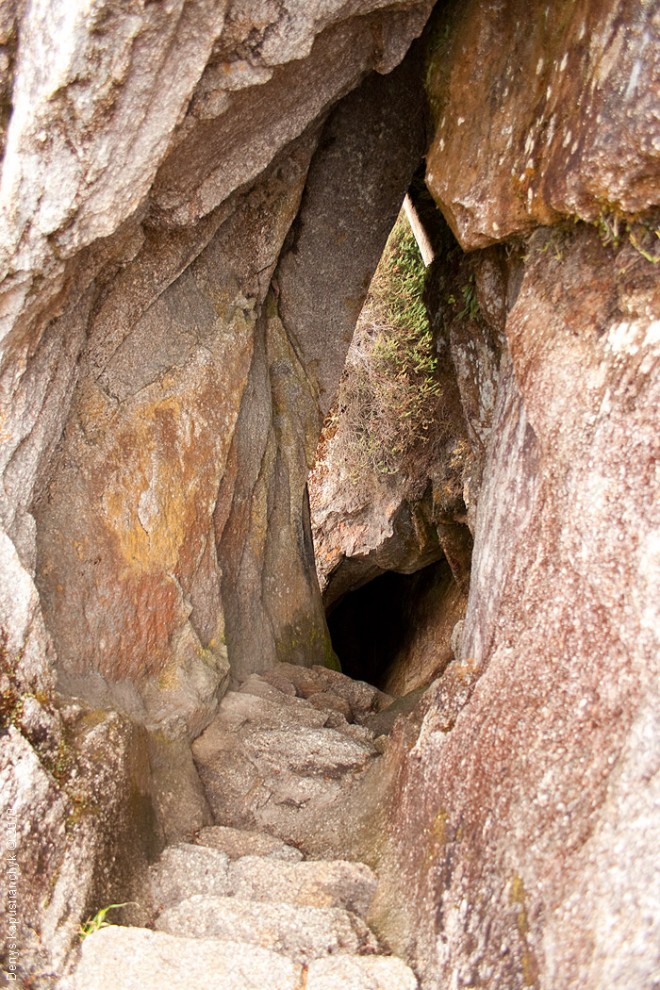 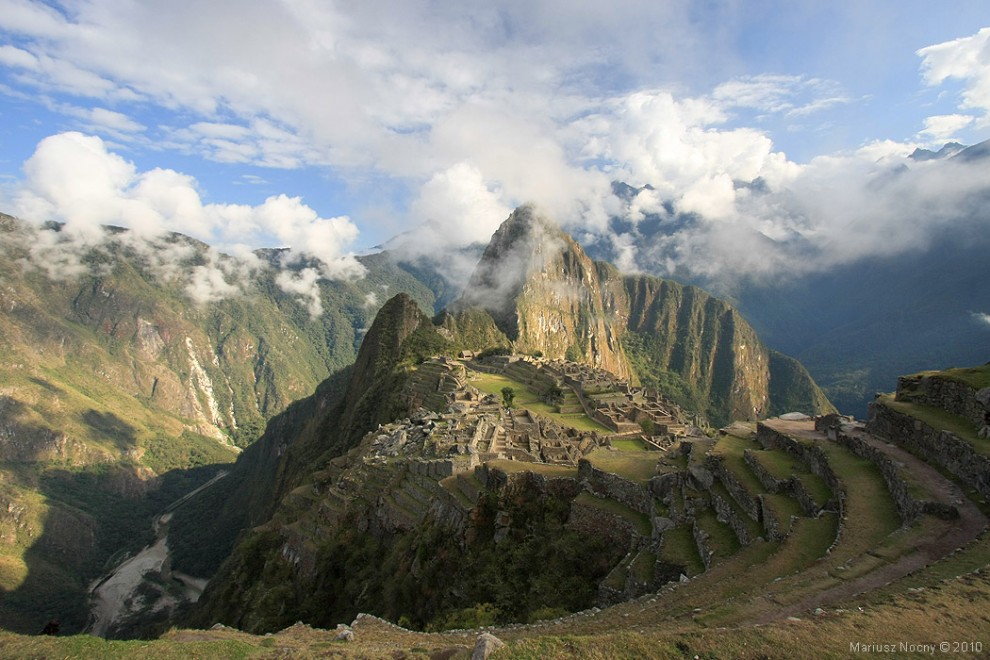 I imagined a medieval messenger running to his destination, finally getting a good night’s rest. I knew the train would soon bring me back to my world, ready to provide shelter, a warm bed, and food. I could not complain about the food on the trip, though – it was not for nothing that Chef Raoul wore his white cap. Not a single dish was repeated during the trip, and on the last day, the chef brought us into utter confusion by presenting a cream cake for dinner, which we all amicably shared equally in celebration. But at Machu Picchu, it was the feeling of that beautiful picture seen earlier that made me wonder how the tourists who come there by train feel? How do they perceive this promoted brand, coming to take a photo on its background? But I didn’t want to look for an answer. For me, Machu Picchu was the final touch to the epic canvas entitled “The Inca Trail”.

Afterword Many people are interested in the price of Inca Trail. All travel agencies, depending on the number of trekkers, the exchange rate of Peruvian salts and the season, it ranges from 300 to 600 dollars per person. Whether it is worth it or not is up to you to decide. I have made up my mind with the answer.

After the afterword Many thanks to my friend Mario for the photo of Machu Picchu. I shot a whole card of this place, but during my overnight bus ride, my camera was brazenly stolen. I hope the thief learns how to use it and goes to work as a photographer. This incident upset me for no more than half an hour, prompting me to buy some more serious equipment, after which I took out my cell phone, turned it on in shooting mode and proceeded to document what was going on.

10. The locals are very well adapted to life at high altitude and are very active here. Many of them have problems in coastal areas where the air is as thin as in the mountains. The symptoms, however, are the same as those of many plains dwellers who have climbed into the mountains: headache and nausea.