Among tourists there are a lot of people who despise “seal” rest on the beach and measured resort rhythm. For them the most important thing is movement and new impressions. And the sharper these impressions are, the better. For them such tourists, mostly young, of course, are ready to go to the edge of the world. What is needed? Only good health and a thirst for adventure.

In general, everyone understands the meaning of the word “extreme” in his own way. For someone it is, for example, normal mountain hike accompanied by an instructor. Yes, it is interesting, yes, it requires a certain level of training, but no danger, even imaginary. Another thing is to jump into the abyss. Even knowing that the feet is tied to the reliable rubber band, to take a step into the void – requires great courage.

We have selected for you the top 10 extreme destinations and entertainment in Russia.

1. Jump from a suspension bridge in Sochi.

Is it difficult – to step into the abyss? You can check in Sochi Sky Park. First, climb to the suspension bridge, stretched over the abyss at a height of 200 meters. If the desire to conquer the height is not gone – take the next step, a much more serious: right into this very abyss. The entertainment is not for everyone is called “rope jumping”, many have heard about it and watched videos with people jumping down. But it’s one thing to see it, and another thing to do it yourself. If you do manage to overcome your fear – impressions enough for a lifetime, you can safely move on to the next step – a parachute jump. In Sochi there is an opportunity to jump from a height of 207 meters, the attraction is called – Bungy 207.

READ
For those who are on the road: how to find a traveling companion and do not get into trouble? 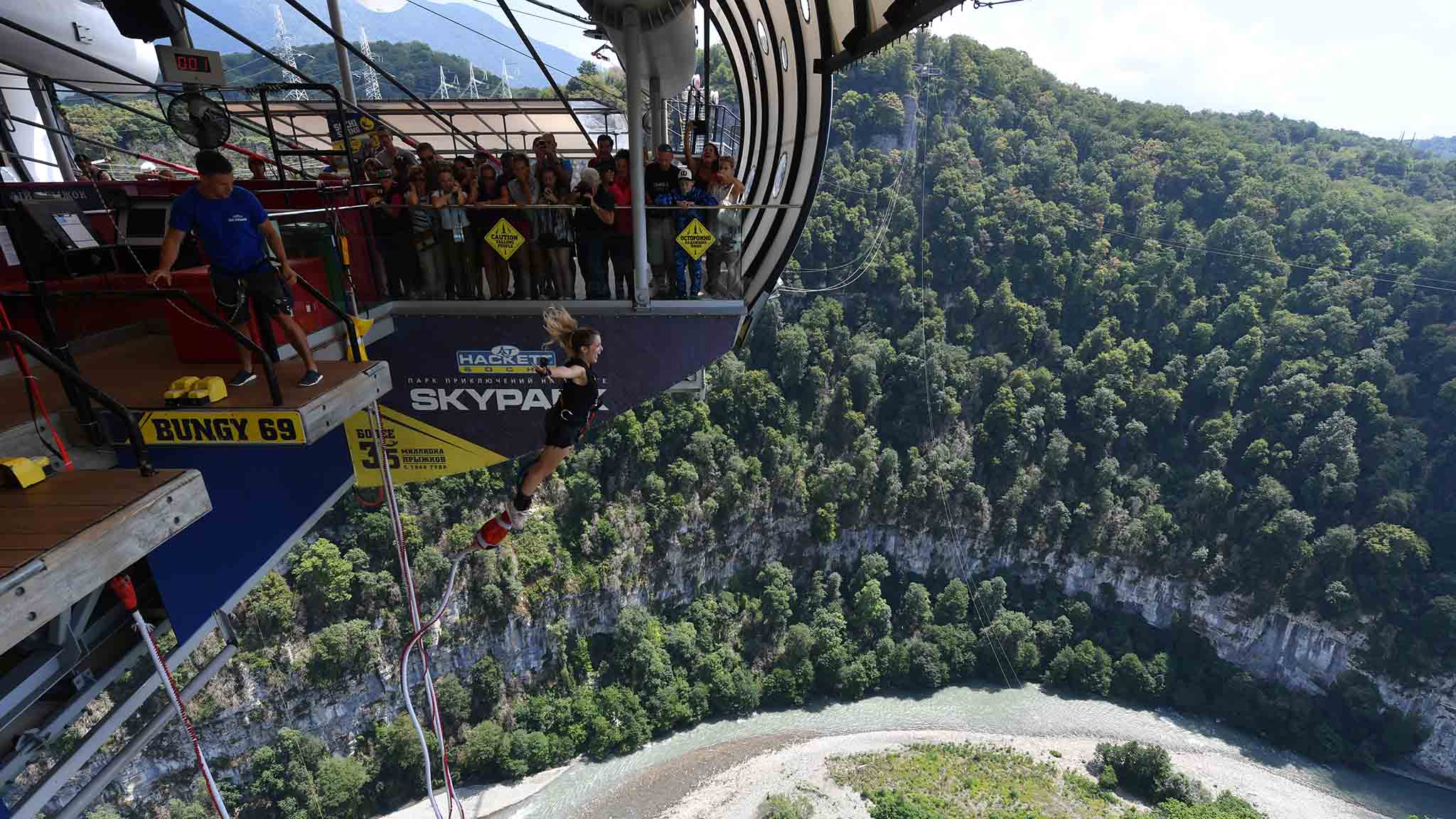 The attraction is installed on one of the longest suspension bridges in the world. Photo: Vladimir VELENGURIN

Price: The pleasure is not cheap: the jump costs 19000 rubles, plus an entrance ticket to the Sky-Park – 1700 rubles. Many people who want to jump, so we need to book the time in advance on the website. The daredevil gets a certificate and a T-shirt.

If you think that only professional climbers can conquer the highest point of Russia and Europe, then you are mistaken. There are several ways to the top, some are really only accessible to the pros. But there are others. To begin with, Elbrus has two almost the same height peaks: the western and eastern. Even people without any mountaineering training can climb either of them on the southern slope. The difficulty of the route is evaluated as 1B (the easiest), time – from 7 to 10 days. It is more difficult (2A) to climb the northern slope. 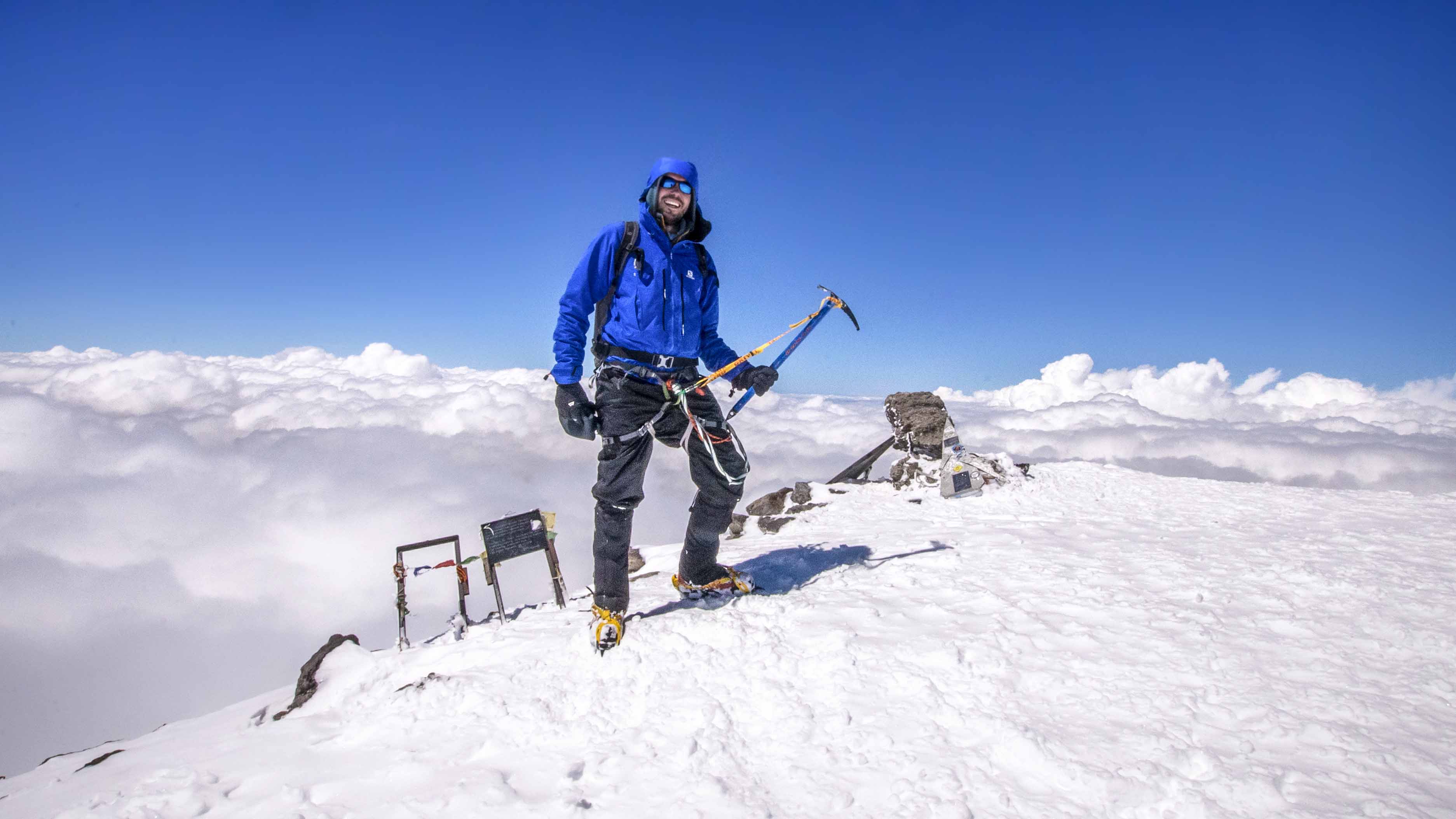 Several routes of varying difficulty have been developed to conquer Elbrus. Photo: commons.wikimedia.org

It is worth noting that today there is a developed infrastructure (hotels and ropeways) for the conquerors of Mount Elbrus on the southern slope, while on the northern slope there is very little. The way to the eastern slope on the frozen stream of lava is something really extreme. During the ascent even on simple routes travelers experience almost the same set of sensations as experienced climbers, including lack of oxygen and the danger of falling into a crack on the glacier. Today there are many companies that organize climbing on Mount Elbrus.

However, despite its apparent simplicity, Elbrus is a very treacherous peak. Weather disasters occur here that may pose a serious threat to life. So if you decide to go to the summit, make an assessment of your own strength. And the most important thing: be sure to choose employees of official and time-tested companies as guides, preferably mountaineers. They are able to correctly assess the situation and will not lead you into the mountains if the situation is unfavorable.

Price: It depends on your preferences and set of services and usually starts at 20 thousand rubles. An attempt to ascend the mountain alone or without an instructor, of course, will add a thrill, but may end badly: the vast majority of accidents happen to “wild” tourists.

You may say: what is extreme? Nothing more, to go out on the ice of the frozen lake. But it is one thing just to go out, and another thing is to make a real four-day trek, to drag sledge-wagons behind and to spend several nights in a tent right in the middle of boundless ice expanses of the biggest freshwater lake in the world. Here already you will need a great desire and at least minimal physical preparation. But the impressions from the unique nature of Baikal, from a walking on the ice, transparent as glass, will be definitely worth all the efforts. The duration of these excursions (the most popular is around the Olkhon island) usually starts at 7 days. 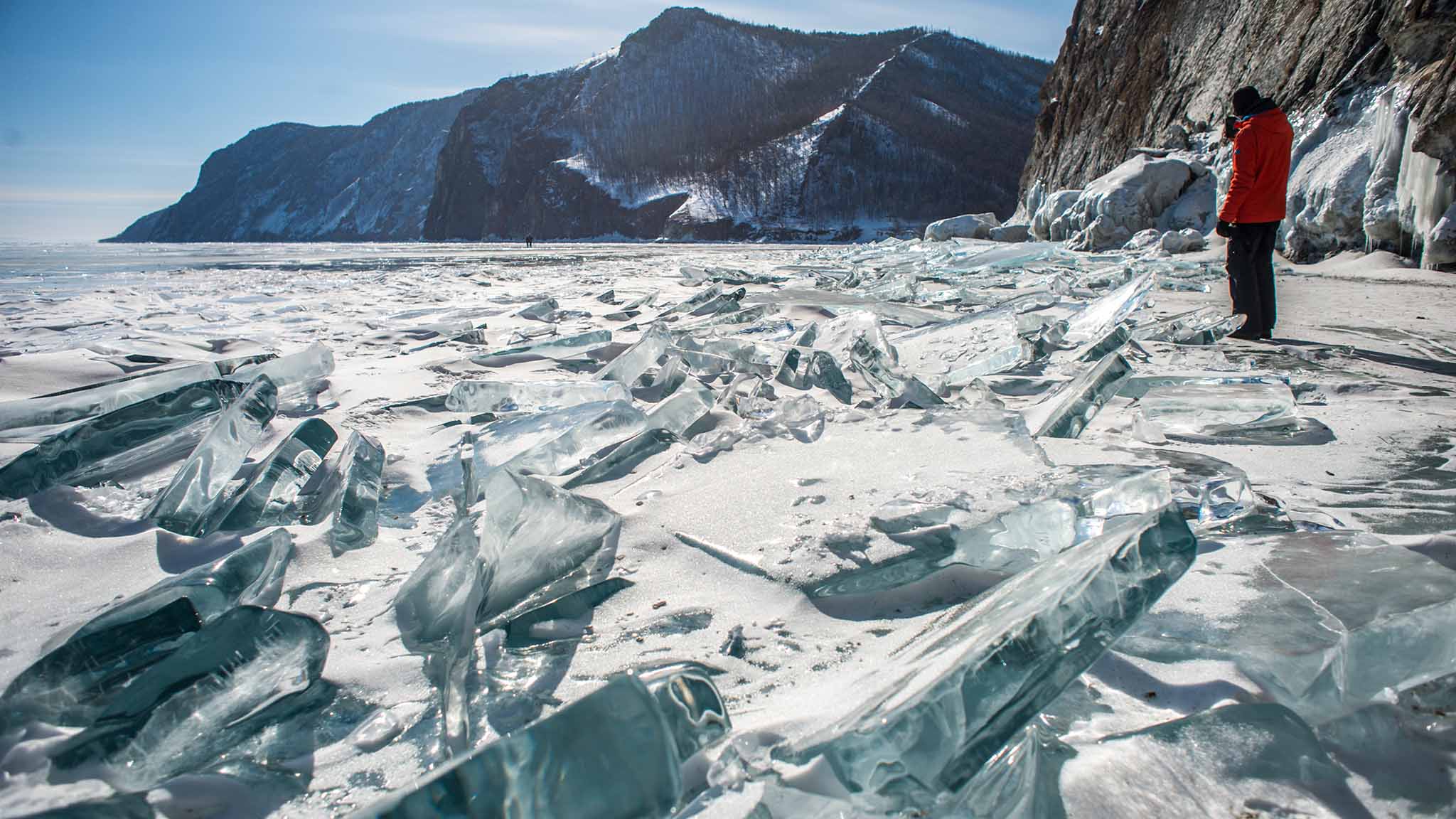 One of the most popular itineraries in Baikal is around the Olkhon island. Photo: Victor Guseinov.

It costs about 30 thousand roubles.

One look at the figures of winter temperature in Oymyakon village makes you shiver. In average Russia 30 degrees below zero cause a flood of news with the words “abnormal temperature”. In Oymyakon it is almost comfortable weather, because in January here, one of the coldest poles in the world, the average temperature is below (-46) and the absolute minimum is (-67). 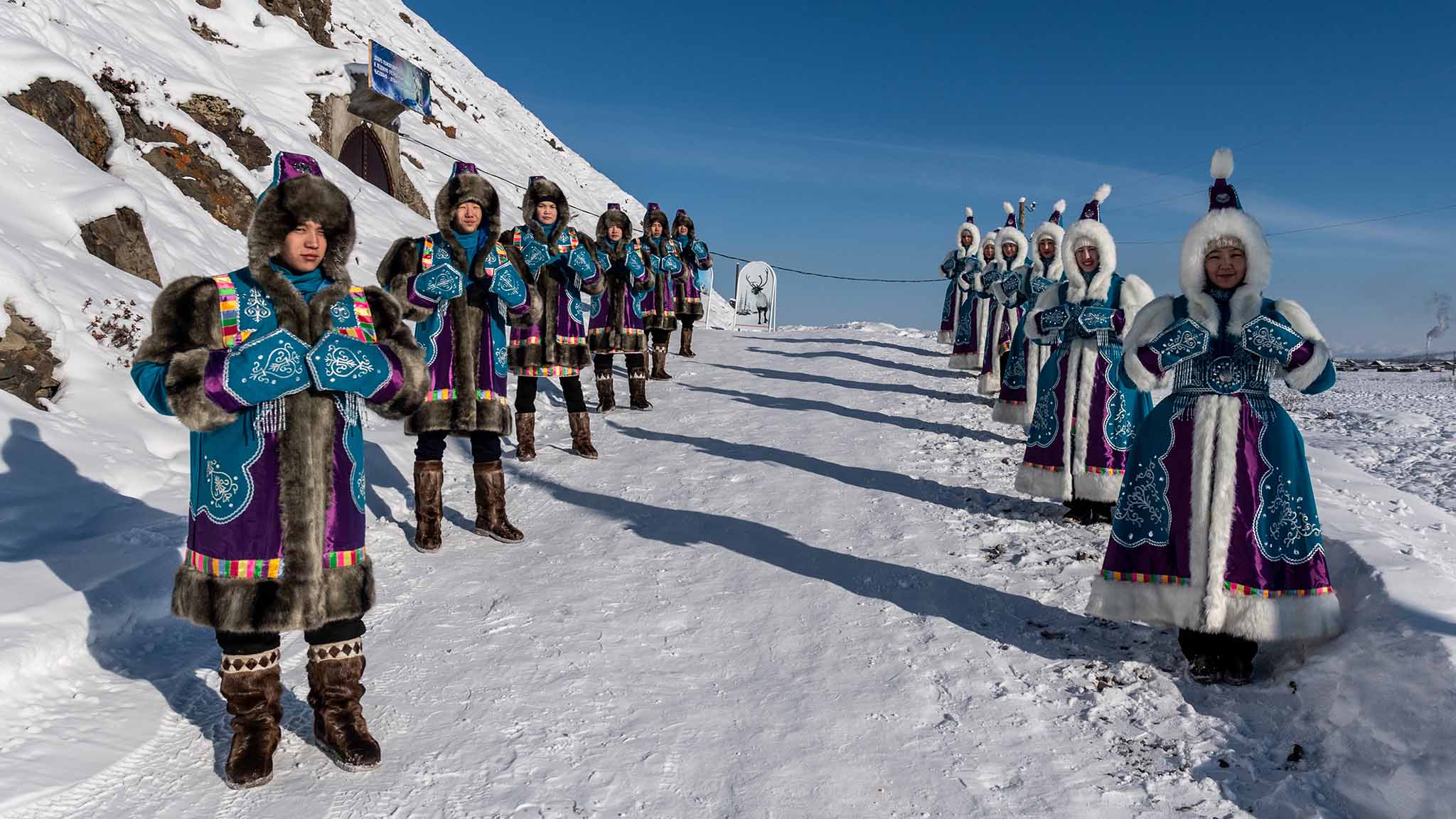 Oymyakon is one of the harshest places to live. Photo: Ilya Varlamov, commons.wikimedia.org

Isn’t it fascinating to go here and see how one can live in such conditions? To drive for two days along the Kolyma Highway and see how a wheel can break in the freezing cold? Among the pleasant impressions are the acquaintance with the unique culture of the local people, trips on dog sledges, ice fishing.

Price: the inaccessibility of Oymyakon determines the cost of a tour to the Pole of Cold. Those willing to try winter extreme should be ready to pay from 120 thousand roubles.

5. Jump from a helicopter onto a mountain in Kamchatka

Even just to get to Kamchatka and go on an ordinary hike in this amazing region is to some extent extreme. There are a lot of unexcavated trails and places which are almost never reached by tourists. So even the most ordinary fishing can be a test of strength. And when it comes to skiing on the slopes of Kamchatka mountains – that’s the real rush of adrenaline. Especially not on the equipped ski-runs with the elevators. Freeride lovers are transported to the tops by helicopter or snowmobiles. 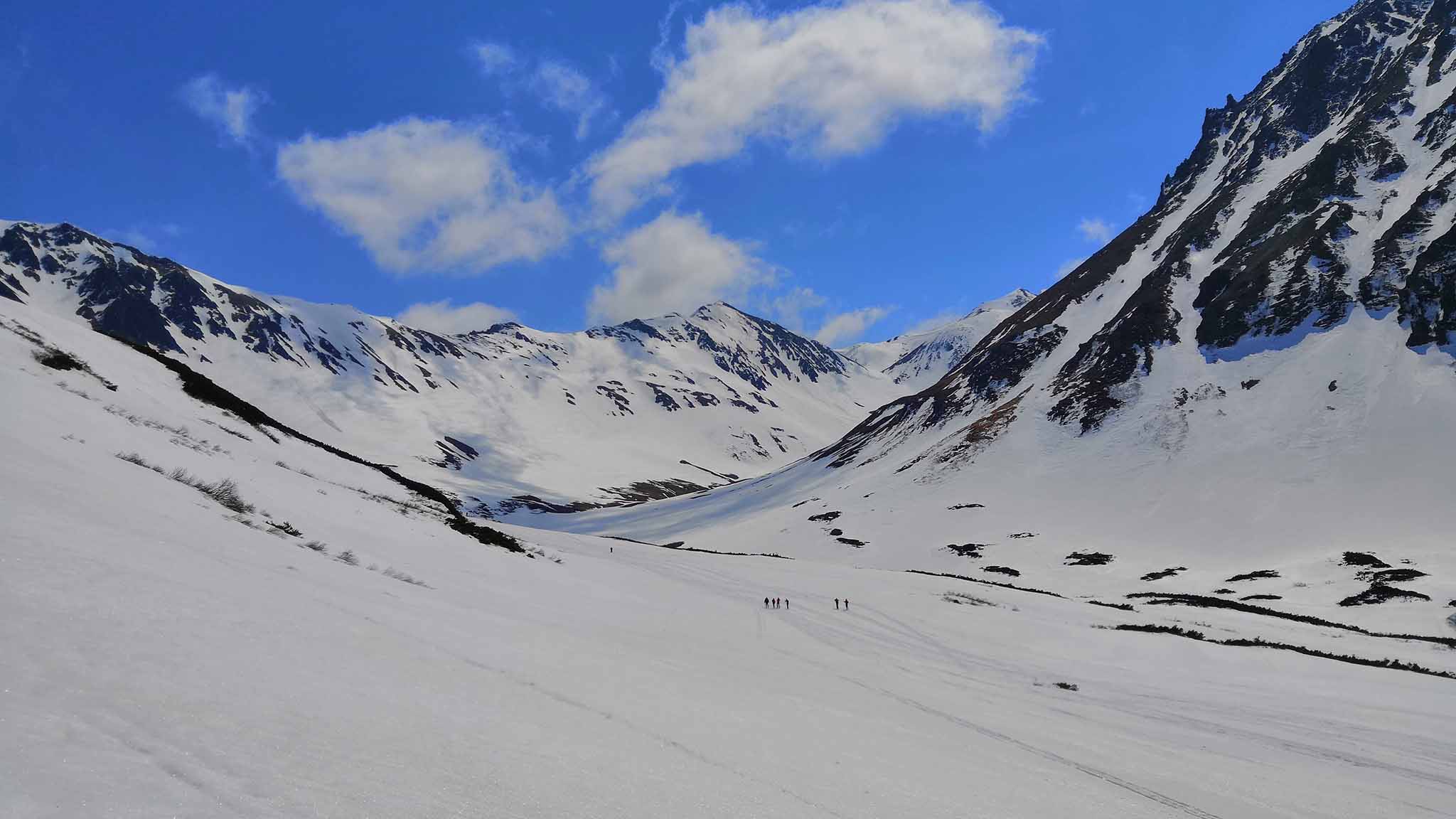 Jumping from a helicopter to the mountain is available only to professionals. Photo: commons.wikimedia.org

In the first case, skiers have no idea where they will be dropped off before the flight – everything is decided by circumstances. The thrill seekers almost jump out of the helicopter and immediately rush on the untouched snow slopes. Of course, this entertainment is only for experienced skiers. If you’ve skied a couple of times on the slopes of Krasnaya Polyana, it will not be enough. But those, who experienced the pleasure of free skiing, don’t spare glowing words to describe their feelings.

Price: Such a tour can easily cost half a million rubles, and that does not include airfare to Petropavlovsk-Kamchatsky. 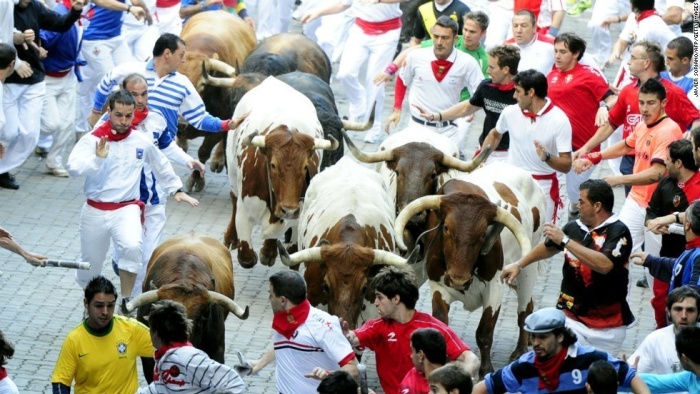 Most of us have a tendency to be adventurous, but few of us are strong enough in spirit to try the real extreme. However, those who like to tickle the nerves may actually be interested in these 16 extreme “excursions”.

READ
Frankfurt am Main, Germany - the capital of banks, books and cider

1. Walking on an airplane wing, UK 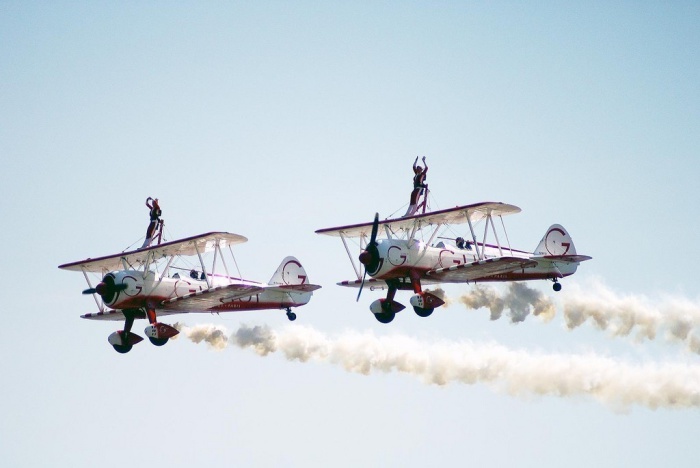 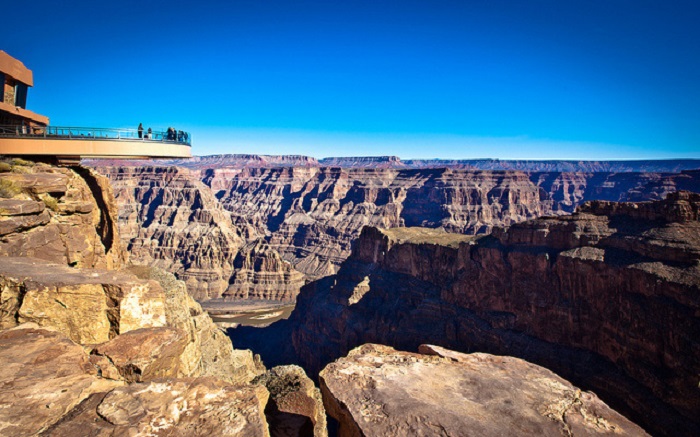 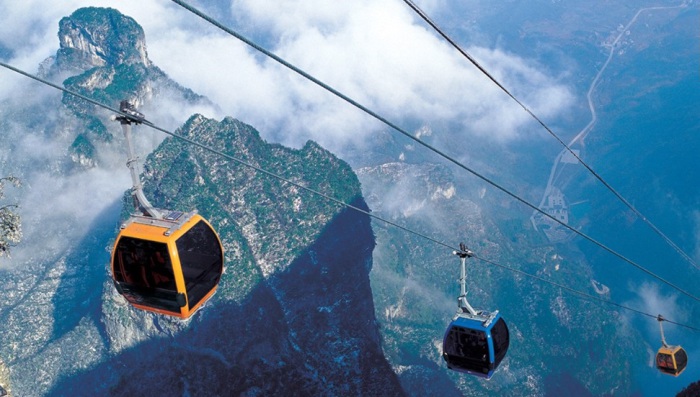 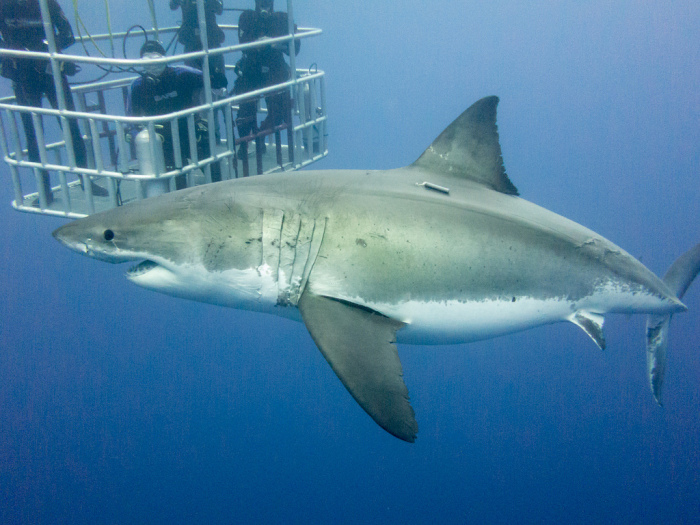 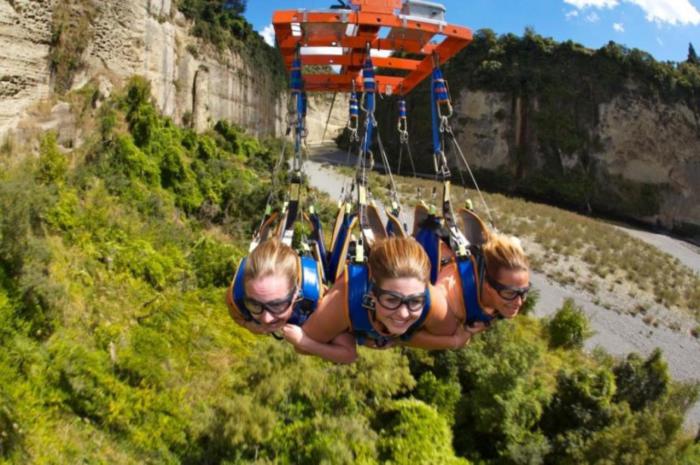 6. Swimming in an ice hole, Finland 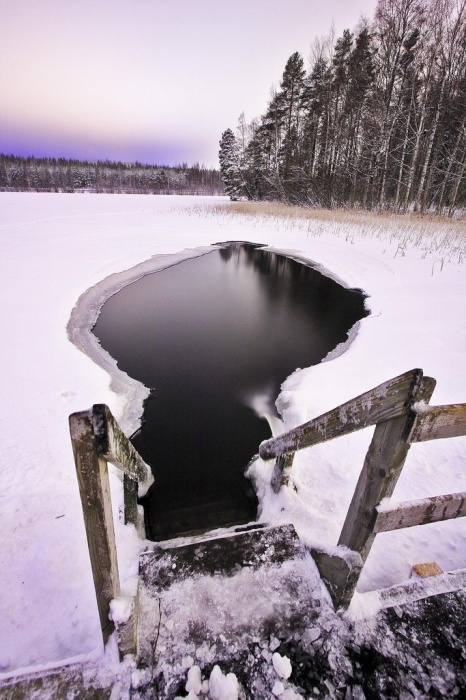 7. Cycling on the most dangerous mountain trails in the world, Bolivia 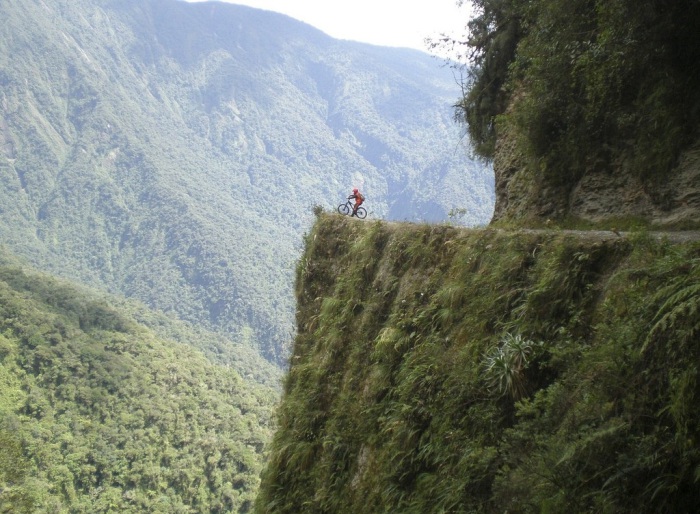 8. Flying over a palm-shaped island, Dubai 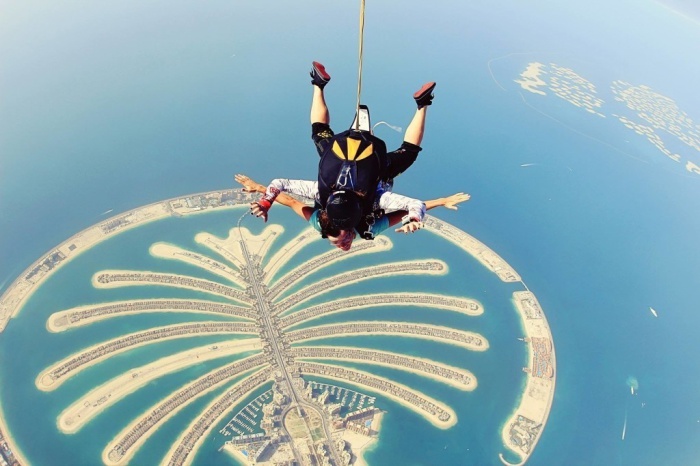 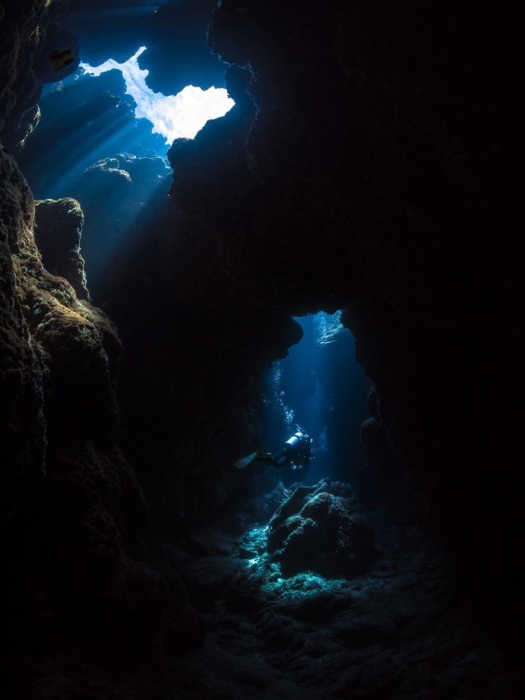 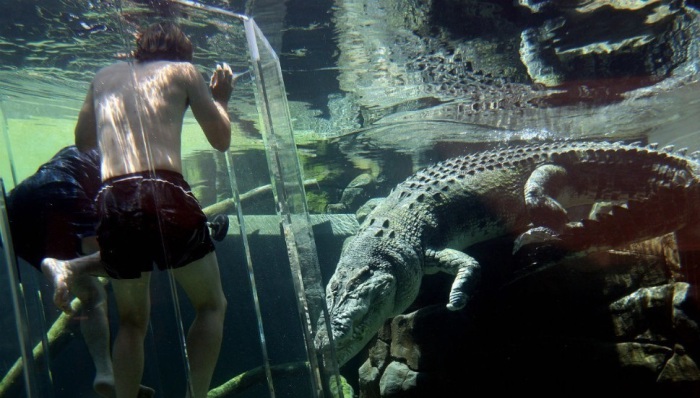 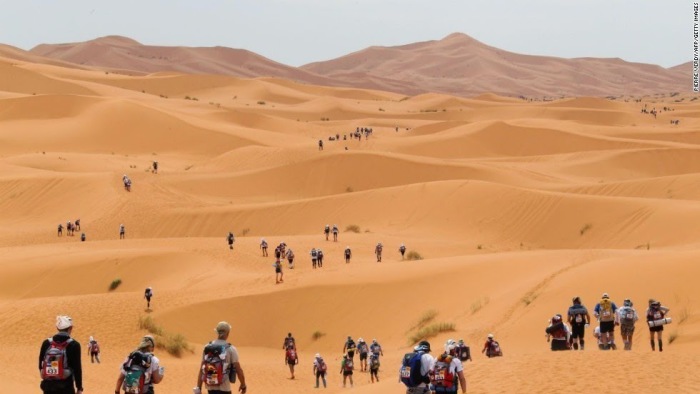 12. Journey in a plastic sphere on the slopes of New Zealand 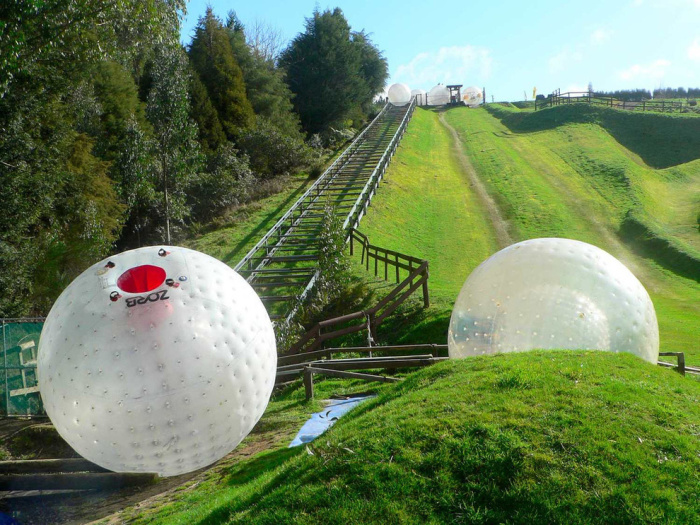 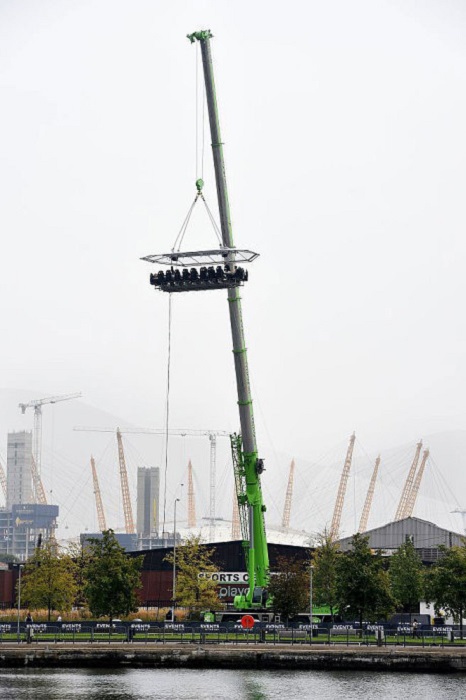 14. Jumping into the Devil’s Pool, Zambia 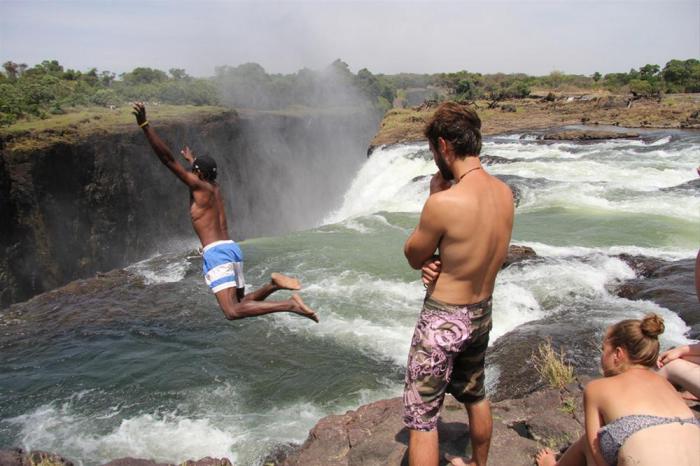 Although the “Devil’s Pool” is at the very edge of a waterfall, it is completely safe due to the structure of its bottom. 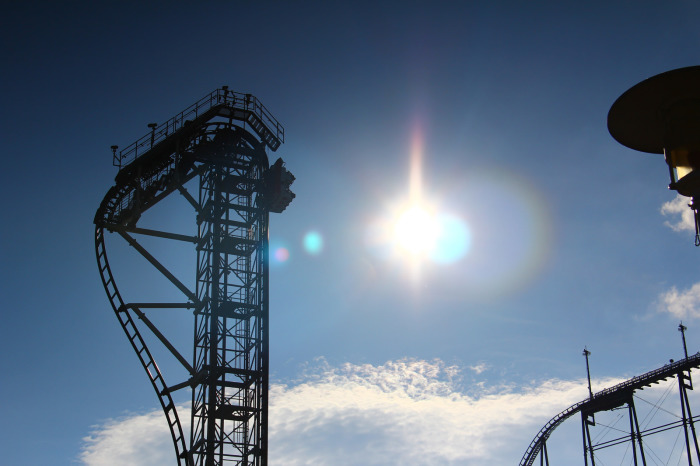 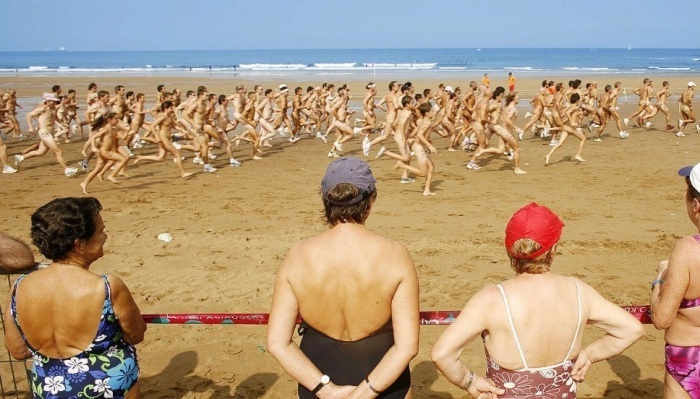 But one of these activities did not include another, which is sure to be a hit of next summer – the zorb run . It’s a fascinating pastime that’s equally fun for everyone: both those sitting inside the plastic sphere and those running away from it.