When is the best time to go to Thailand? Seasons and Weather Conditions – Overview +Video

Thailand is one of the most visited countries in the Indian archipelago. Tourists come to this resort all year round regardless of the seasons. The main thing to know the purpose of the trip and recreation preferences.

This article provides an overview and can determine the best time to travel to Thailand.

Vacationing by month varies greatly depending on where you stay. When it is best to go to a certain place we will answer in this article. From late September to the very middle of May, tourists define the high season. At this time, the number of vacationers is quite large. European resorts during this period have already stopped working due to lower temperatures, so all the holidaymakers choose the Asian destination.

December, January and February are considered one of the most popular months to visit Thailand. Prices during this period especially increase, and during the New Year and January holidays reach their peak. 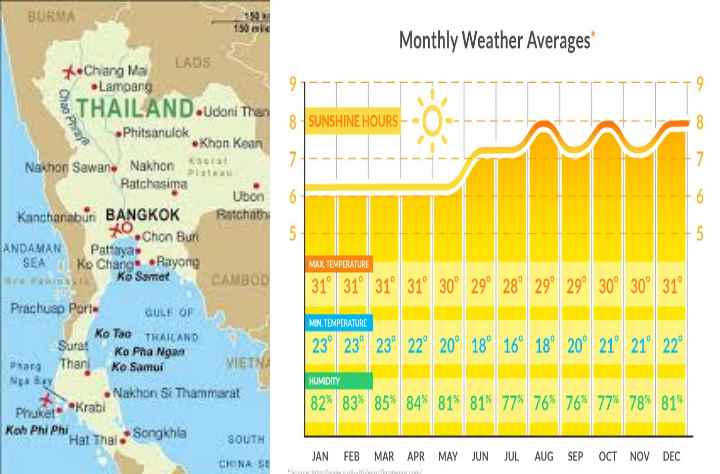 During the high season, tourists often choose the islands of Krabi, Phuket, Lanta and Phi Phi Phi. Due to the influx of tourists, prices during high season go up several times.

From May until mid-October, Thailand has a low season. The influx of tourists in these months is not and the rainy season begins, but this season is still where to relax in this hot country.

For the best beach vacation Thailand is chosen all year round

But the best for a holiday is considered the period from mid-November to mid-February. In different months the weather depends on the specific location of the resort. In some places it is drier, in others the rainy season.

The rainy season traditionally lasts in the summer from early June to September. Although many do not recommend visiting Thailand at this time, there are a number of advantages that the tourist receives, having decided to travel in the summer.

From mid-March to May, Thailand is hot. The average daily temperature ranges from 35 to 40 degrees Celsius. The air at this time is very dry and hot. The water temperature reaches a mark of 29 degrees.

Resorts in Thailand are very different in terms of the seasons within the country. When one month in Phuket tourists bask in the sun, on Samui it can be the rainy season. In mid-April, many people think they won’t get into the hot season anymore, but in Pattaya at this time tourists are bathing and relaxing on the sea with great pleasure. 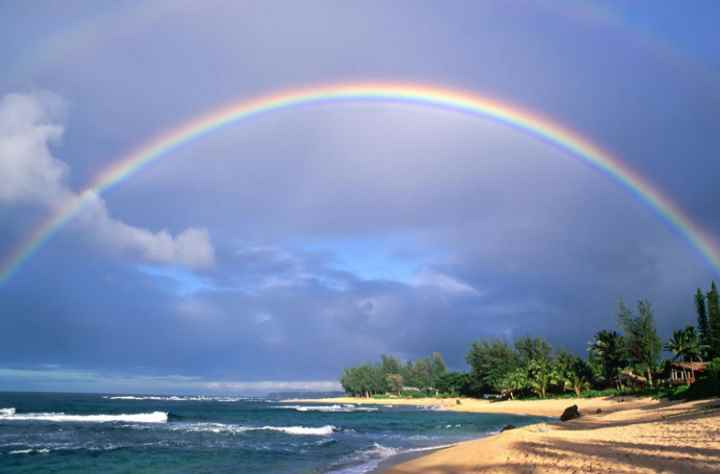 The seasons differ not only in sunshine and lack of rain, but also in prices. So if a tourist wants to vacation in high season at a democratic price, it is worth paying attention to such months as November and early December, low prices are kept in early March and April. The cheapest tours to Thailand are available in the rainy season. For independent travelers airline tickets during this period may be 30% cheaper than in other months.

Tip! If you decide to visit the resort in the rainy season guided by the low prices for the tour, it is best to choose the beginning or end of the period, then there is a chance to catch the sunny days in Thailand at a low cost.

For those tourists who want to eat fresh local fruits is worth considering their ripening. So from January to May in Thailand mangoes ripen, in April you can find the most delicious lychees. Exotic durian harvested from May to mid-July. Pineapples and papayas grow all year round; you can enjoy them at any time of the year.

The best way to plan a trip is to get acquainted with the weather in different places in Thailand.

When is the best time to visit Bangkok?

The capital of Thailand is decorated with a lot of cultural monuments, art and religious sites. You can see the Buddhist temples and tall skyscrapers, as well as clubs and bars with shopping malls. It is a kind of cocktail city for those who want to see the modern and ancient Bangkok.

The air temperature during the year varies by 10 degrees. So in summer the thermometer column can rise up to 40 degrees, while in other seasons keeps about 30 degrees. But the humidity is very different, in the rainy season the level of precipitation is 20 times higher than in other months. From March to mid-May in Bangkok is hot, rainfall is very rare.

In April, Bangkok celebrates the new year and tourists will have a lot to see. From June to late October in Bangkok begins heavy rains with thunderstorms, the humidity level rises several times. According to reviews of tourists the most comfortable months to be in Bangkok are considered the months from November to March, during this time the rainy season stops and there is no such a strong heat.

When is the best time to come to Phuket?

The high tourist season in Phuket starts in winter and early spring. The island of Phuket is loved by tourists for its measured relaxation. Its snow-white beaches and clear water will certainly appeal to every connoisseur of beauty. During the period from November to April there is almost no rainfall in Phuket, the temperature is comfortable. During the New Year and January holidays in Phuket, prices for holidays are increased by 30-40%.

READ
Bern, Switzerland: Information on the city and sights.

To visit with children the best months are when there is not much heat, but also no rainy season. This period from mid-November to mid-February. At this time, almost all resorts in Thailand have favorable conditions.