Everyone knows that the Japanese are a very polite nation. In Japanese there are several phrases, forms of words, stable expressions that allow you to ask people around you. The choice between them depends on the social status of interlocutors, the peculiarities of the situation. The correctness of the choice is a prerequisite for successful communication, because an unsuccessful rejoinder can cause a strong resentment of the opponent. In this case, the person will certainly refuse to help. The most common ways of addressing the interlocutor are through the words kudasai and onegaiishimas.

The Japanese are a polite people.

There are many variants of request in Japanese, but the most common are two:

In their meaning the words are close, in Russian both are translated as “please”, but the situations of applying variants of politeness are different.

In general, the Japanese try to avoid asking. This is largely due to the culture of the country; since ancient times the idea of being attentive to others prevails in society, so people can easily guess what their loved one needs. Sensitivity to other people’s wishes and needs is one of the important traits of every Japanese.

A polite request in Japanese is not only a correctly formulated remark, but also appropriate gestures, the depth of which shows how important it is for the person to fulfill the request. Voicing a request, it is necessary first to analyze how much the interlocutor is able to fulfill the said request. The main thing is not to embarrass the other person. Refusal is accompanied by a loss of face and respect on the part of others, and this applies first and foremost to the person who voiced an unreasonable request.

Requests are rare in Japanese society

What is a motion verb

To understand the difference of words and the rules of their application, you need to know the essence of the grammatical unit “verb of motion”. All languages have this category; a good example from Russian is go, fly, swim. In Japanese the term also refers to a group of verbs symbolizing movement between two points. The simplest verbs of motion are: walk あ る く (aruku), fly と ぶ (tobu).

In anime, you can often hear characters addressing someone by adding the word “kudasai” at the end of a line. To properly compose a line with a request word, you need to take the te-form of the verb of vision, add “kudasai” to it.

If it is necessary to make a request to refrain from action, the verb is put in the nay-form to which the pleading component is added.

This phrase is very common in manga and anime when a character with an ahegao facial expression asks another character to stop an action (or to continue). If an action has to be stopped, the character addresses it with the phrase “yamete kudasai,” where the first component is the te-form of the verb. It is spelled やめてください in Japanese, and looks like yamete kudasai in English transcription.

Some phrases found in entertainment shows, even with the polite pleading particle, are characterized by a not very pretty meaning. Such is the popular line “sasai kudasai.”

Kudasai is often used by anime and manga characters

The difference between kudasai and onegayshimas

Kudasai is a component to be added when making a request to a person. In a more polite version, it sounds like “kudasaimasen ka. It can be translated as “would you please”.

Onegaishimas is a component that is broader in meaning than kudasai. It is often used to ask for something to be done, to give something to the speaker. It is also possible to use onegaijshimas in other cases of request, almost without restriction. In a less polite variant, the component sounds like onegai. Such a word is used more often than its long counterpart.

When kudasai is used

The main situations in which kudasai should be used are:

When to use onegaishimasu

The main situations in which to resort to onegaishimasu are:

How to ask for help in Japan in different situations? Basic words and expressions

No one is immune to trouble, even in Japan. Feeling unwell, vehicle problems, sudden schedule changes, natural disasters… When such events occur, it is important to know how to ask for help to get up-to-date information.

() tasukete – help, “! (tasukete!)” – Help! Japanese speech is characterized by the use of gonoratives (“forms of politeness”). The “polite” way to ask for help is tasukete kudasai. However, no one would think that a person would be rude to call for help without using a gonorative, “tasukete!” in an emergency situation. 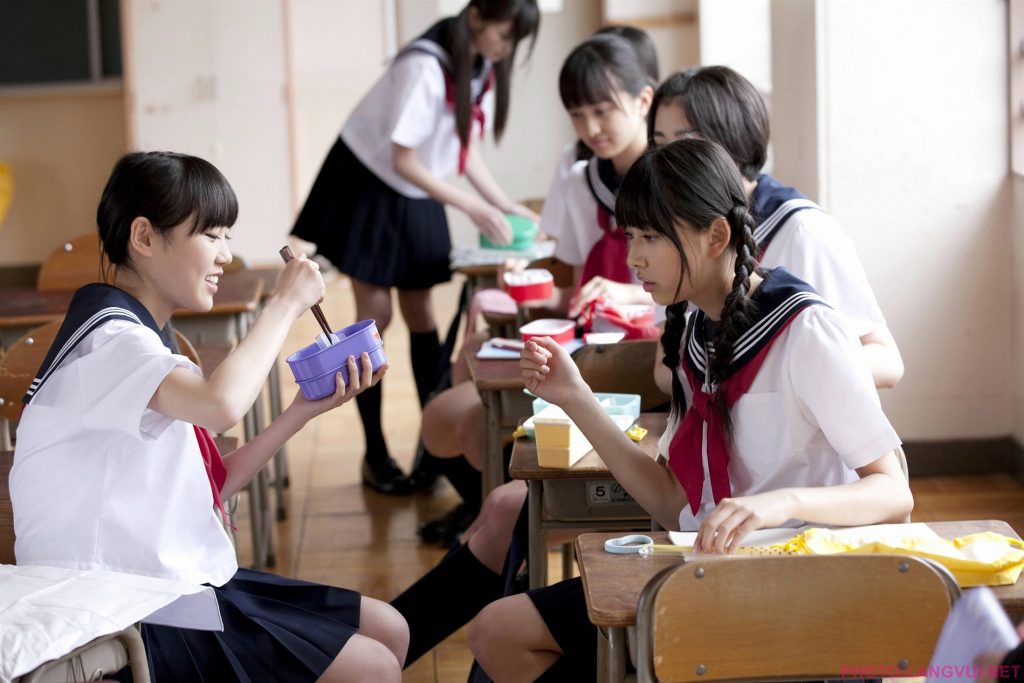 kiken is another word for danger or risk and can also be seen on signs like abunai.

wakarimasen: – do not understand.

Telling the Japanese doctor about not feeling well

It happens that the stress of traveling in an unfamiliar country can affect your health. It is important to try to explain to the doctor or nurse exactly what the problem is. For example, you might have a fever (netsu) or abdominal pain (fukutsu:) after eating something.

Telling the Japanese doctor about the bad feeling.

Also, if there are allergies ( arerugi:), it is worth notifying the doctor. Sometimes you need a blood transfusion (yuketsu), in which case you should report your blood type (ketsuekigata).

After treatment, you may have to ask about other important things, such as whether you need to take medicine (kusuri), ask for a medical certificate (shindansho) and a receipt (reshito) for insurance.

netsu ga arimasu – I have a fever.

kaze o hikimashita – I have a cold.

geri kimi desu – I have diarrhea.

B ketsuekigata wa bi-gata desu – I have blood type B.

Kusuri o kudasai – Give me the medicine, please.

Shindansho o kudasai – Give me a medical certificate, please.

Reshito o kudasai – Give me a receipt, please.

Japan has excellent public transportation, but it happens, during heavy snowfall or earthquakes, that normal train operations are disrupted or the traffic may be completely paralyzed. Faced with such a situation, it is useful to know how to communicate with station staff or others. Although the Japanese are used to dealing with earthquakes, particularly strong ones can disrupt services and cause general confusion. At such times, it is not always easy to get information in English, so you will have to make an effort to get it yourself. 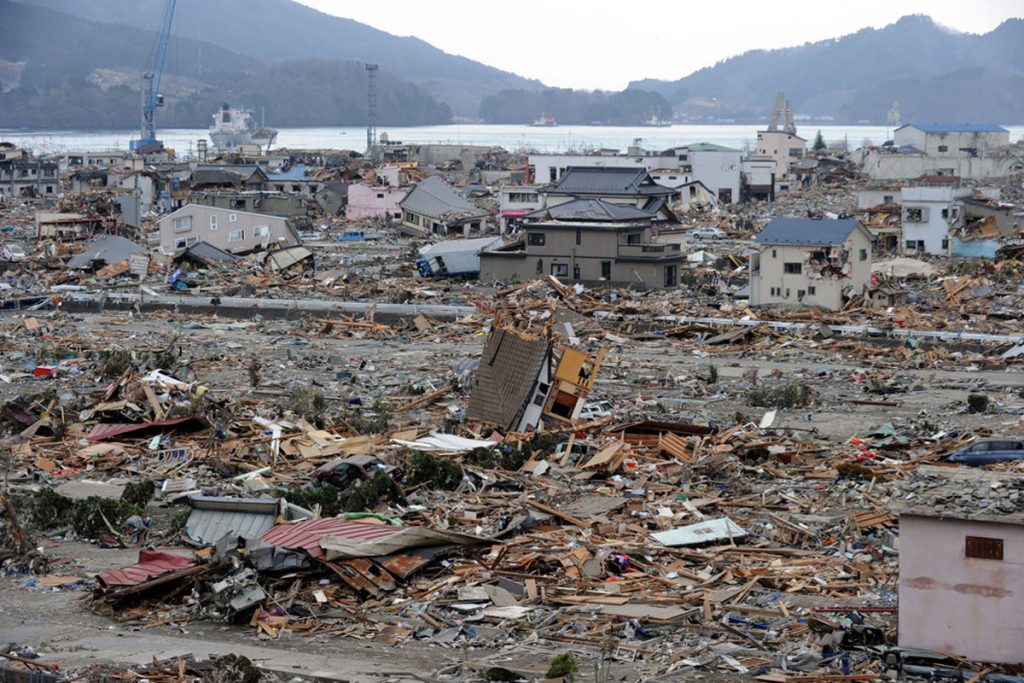 jishin no shindo wa dono kurai dessu ka – What is the seismic power of an earthquake?

doko e nigerebai:desu ka – Where should I evacuate to?

hinansho wa doko desu ka – Where is the shelter?

In the case of earthquakes and typhoons, you may have to stay in a shelter until the severity of the disaster is assessed. In this case, food and water are usually provided.

omizu o kudasai – Can I have some water?

tabemono o kudasai – Can I get something to eat?

mo:fu o kudasai – Can I have a blanket?

denwa o kasite kudasai – Can I borrow your phone, please?

In public restrooms at shopping malls , train stations, and minshuku (family hotels) you can find a traditional toilet (the stool is at floor level). The kanji for “man” is (otoko), “woman” is (onna). High-end hotels, ryokans, upscale restaurants, and shinkans usually have European-style toilets. Moreover, these are high-tech toilets with heated seats, electronic bidets, and other features.

Tearai or o-tearai is a polite form and is used in the phrase o-tearai wa doku desu ka – where is the toilet/bathroom? “…” (…wa doku desu ka) is a common question model. You can ask where any other establishment is located using this pattern. For example, (reesutoran wa doku desu ka).

READ
All about Japanese cuisine 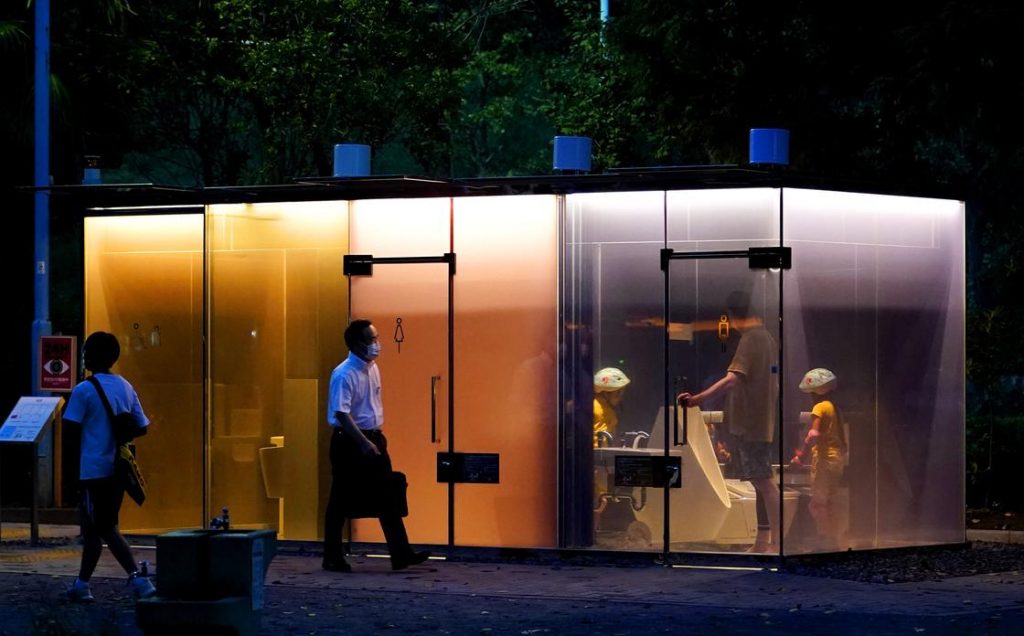 An alternative is o-tearai wa doku ni arimasu ka. The difference between them is that in one case a politeness marker (dessu) is used, in the second questioning sentence it is (aremasu, the verb-verb “is” for inanimate objects; when aremasu is used, the subject is marked with the particle (ga).

Toyre is a word that is used in an informal setting, when you are among family, friends or pals. toyre wa doku desu ka or toyre wa doku ni arimasu ka.

There are also several other phrases that can be used to express the state of having to go to the bathroom. …sumimasen, tohure gyo: kita in desu ga… – Excuse me, I need to go to the toilet.

Keep in mind that the more formal the phrase, the longer the structure. For example, tohure o tsukatte mo and: desho: ka. The key part of the sentence, “can I use this,” is a common pattern. The ending is the “respectful” version of .

The word (kariru), which means “to lend/borrow” in Japanese, is used when one is a guest in a Japanese person’s home: o tearai i o o kari shite desshi yo ka – can I use the restroom? The new word in the phrase, which can be translated as okay, “okay” (ii), also falls into the category of keigo (respectful language). It applies when referring to someone who is higher in status.