Houston is the fourth largest city in the southern United States in the state of Texas, known to the world as the center of manned space flight by NASA and also as the center of the oil industry. Houston has a very hot and humid climate, but that hasn’t stopped it from becoming one of America’s most prosperous business cities. To combat the heat and humidity, there is an underground network of air-conditioned halls that connects the skyscrapers of the business center.

Concrete superhighways may make you insensitive to Houston’s virtues when you first approach this sprawling city. But look around you. This city is actually a multicultural mix of nations, with no zoning, in which you’ll see both world-class paintings and traditional folk art. A Vietnamese grocery store, a Venezuelan empanada buffet, and an expensive Texas butcher store can easily coexist in the same mall. And outside of town, there’s the Space Center and the Gulf of Mexico beaches on barrier island Galveston.

Save on a trip to Houston!

The first settlement within the city, Harrisburg, founded in 1826, was destroyed by the Mexican General Santa Ana in 1836. After the Mexicans were driven out in August 1836, brothers Augustus and John Allen of New York bought land near the ruined city and began advertising it as a future “trading gateway” to Texas. They succeeded in persuading the Congress of the Republic of Texas to move to the new city, named for its first Texas president, S. Houston. The government was here for two years, from 1837-1839. The city grew mainly through the cotton trade. Houston gained importance as a port during the Civil War. After the war, the city became a railroad hub, with 12 railroad branches converging here in 1891. The first pier was built in 1840, canal construction began in 1869. By the end of the 20th century, the port of Houston was the third largest in the United States in terms of freight turnover. In 1901, an oil field was discovered near Houston, and the city became the center of the petrochemical industry.

Oil announces itself with the outlines of the blue-black wedge-shaped twin towers of architect Philip Johnson’s Penzoil Place and the pointed red granite Ripablick Bank Center. The Houston Museum of Natural Science (1 Hermann Circle Drive, near Hermann Park) shows how black gold is extracted from the bowels of the earth. Among the exhibits of drilling and purification equipment is a model of an offshore oil rig.

The Museum of Fine Arts (1001 Bissonnet; men.: 713-639-73-00; www.mfah.org) houses a collection of Indian and pre-Columbian art, while the contemporary art department brings in more surprises thanks to wealthy donors. As for local color, the most appealing are the sketches of cowboy life by artist and sculptor Frederick Remington. It was his paintings of rampant mustangs and marksmanship that became the image of the Wild West.

Rothko Chapel (3900 Yupon Street) is a beautiful, though modest, place of prayer regardless of creed, housing Mark Rothko’s purely speculative paintings in black and pink. The chapel and the nearby de Menil Collection Museum, mostly works of Surrealist, primitive and Asian art, were donated to Houston by benefactors Jean and Dominique de Menil.

About 40 km southeast of Houston, if you take Interstate 45 and then the NASA route, is the Lyndon Johnson Manned Spaceflight Center (tel: 281-483-01-23; www.jsc.nasa.gov) . This is where astronauts are trained and where NASA’s Mission Control Center is located. The Information Center is an excellent museum of space equipment, rockets, lunar modules, detachable autonomous spacecraft parts, and lunar soil. Organized tours of the Mission Control Center are led by knowledgeable astronaut trainees, and you can also visit the Skylab Training Facility and the living and working bays of NASA’s space lab.

Houstonians eat out much more often than residents of any other U.S. city, and the New York Times called the scene of food lovers “world class.” To keep up with which places are popular and which aren’t, look for online reviews and local food blogs. Montrose Boulevard and Upper Kirby are two major culinary enclaves, but downtown the choices are even better. Look out for restaurants centered around Main St and McKinney St and the Pavillions complex that opened in 2009 at Fannin St and Dallas St. The choice of steaks in Houston is huge; almost all of the high-end ethnic restaurants, Ruth’s Chris, the Palm and others, are on the Westheimer Freeway near Galleria.

Among very young people, the stretch of Washington Ave with its bars and restaurants is considered an important theme in Houston’s nightlife (although downtown hasn’t been too popular in this part lately) . On the corner of White Oak and Studemont in Heights are several traditional small bars including a roadside diner, a Hawaiian bar, and a club with live music in an old house.

The Houston Airport System (www.fly2houston.com) has two airports. Thirty-five kilometers north of downtown is George Bush Intercontinental Airport (IAH; between I-45 and I-59 N) , the primary hub for Continental Airlines, which flies to many cities around the world through many carriers. Nineteen miles southeast of the city, William P. Hobby Airport (HOU) , to the right of MA 1-45 S, is a major transit hub for Southwest Airlines and is convenient for domestic travel. Check your ticket carefully: some airlines, such as Delta, fly from both airports. Wi-fi is available at both locations.

Cabs are readily available at both airports. Airport fares are determined by the area, and you’ll pay either the flat rate or the meter, whichever is less. You’ll shell out $60 to get from George W. Bush Intercontinental Airport to downtown; from Hobby, it’s about $25.

READ
The World's Most Extraordinary Hotels

Houston is the 4th most populous city in the United States. It is considered the world’s leading center of the energy industry, and is also well known for its aeronautics, transportation, and health care. Houston is not really a tourist city, but nevertheless it attracts a lot of people who come here to see the local attractions, visit wonderful parks and museums. 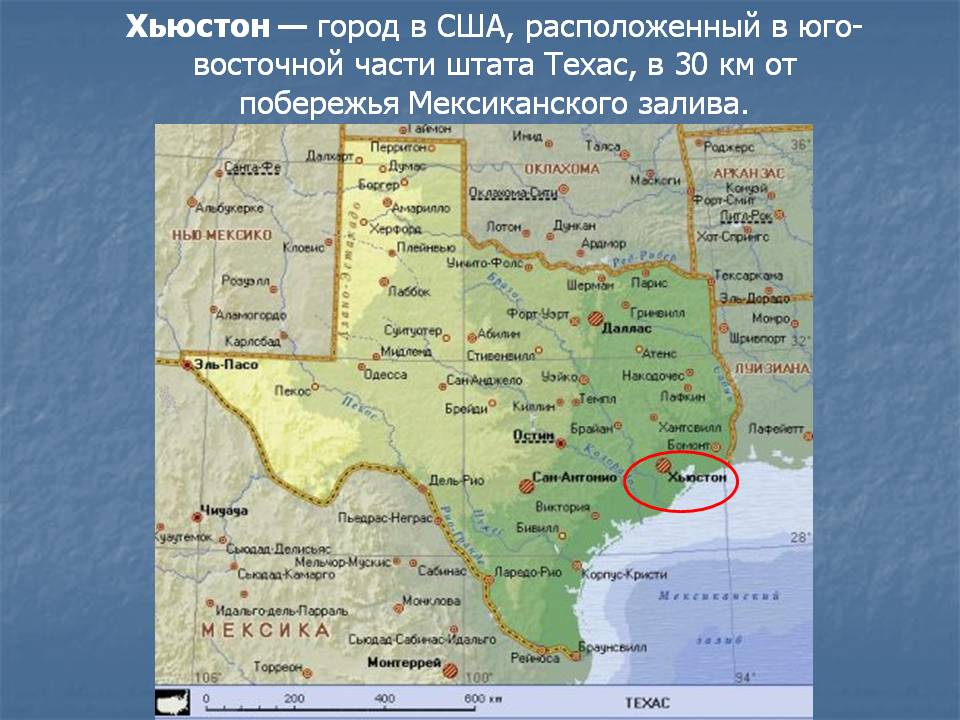 Houston is famous for being the brainchild of the U.S. space mission, the NASA Space Center. Here young tourists can see the old Mission Control Center, the Saturn 5 lunar rocket, the Apollo spacecraft and more. And most importantly, the guys will be able to visit on board the real space shuttle. 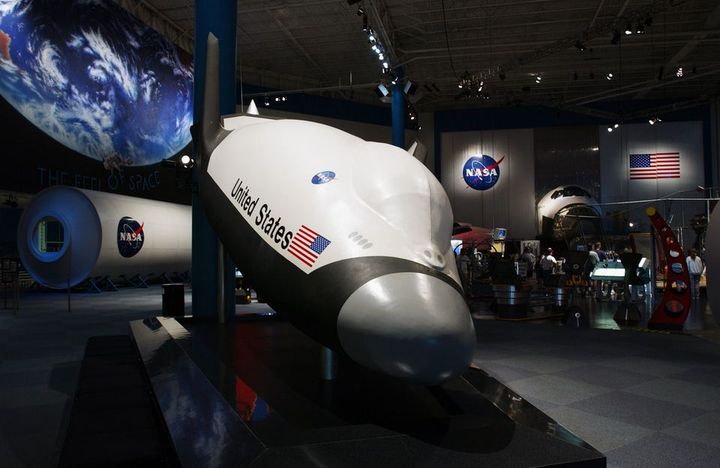 A kind of calling card of the city is considered a Williams Tower. The skyscraper was built in 1983 and today this magnificent 277-meter tall building is the tallest in Houston and the fourth tallest in the state of Texas. At night the lighthouse on the building lights up and in clear weather it can be seen from 65 kilometers away. 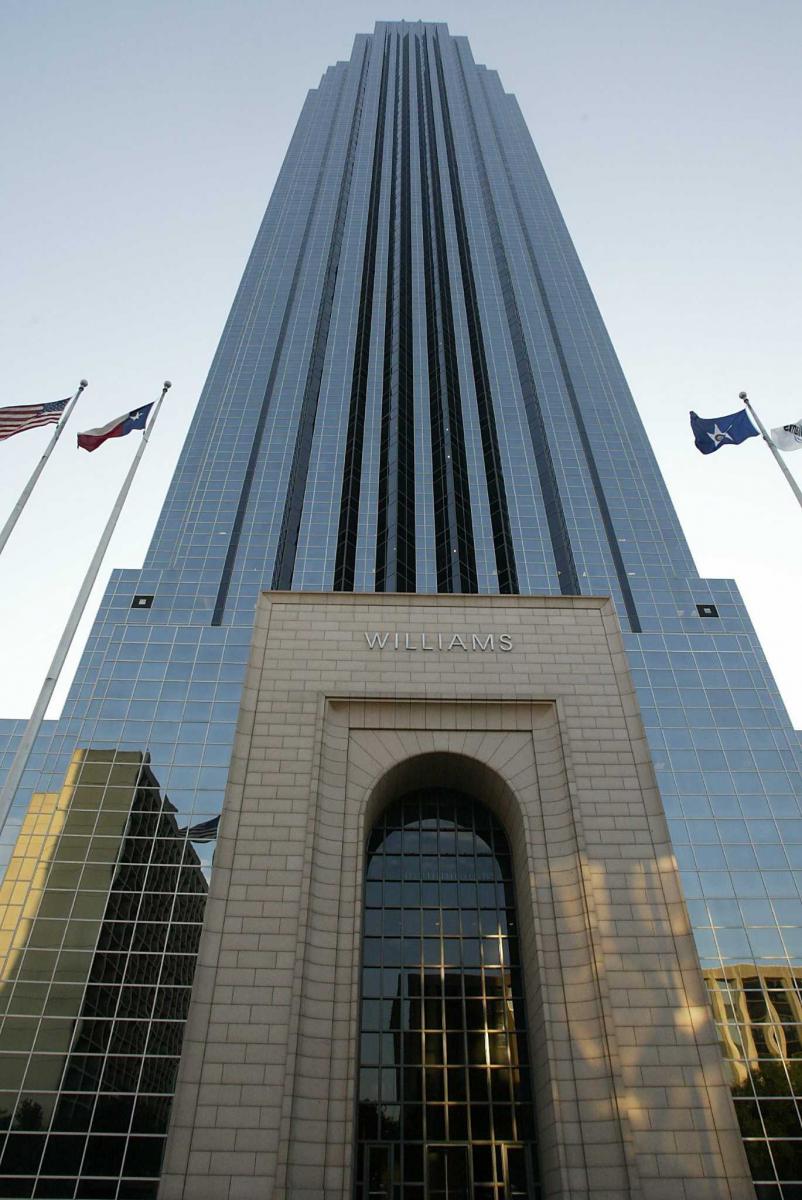 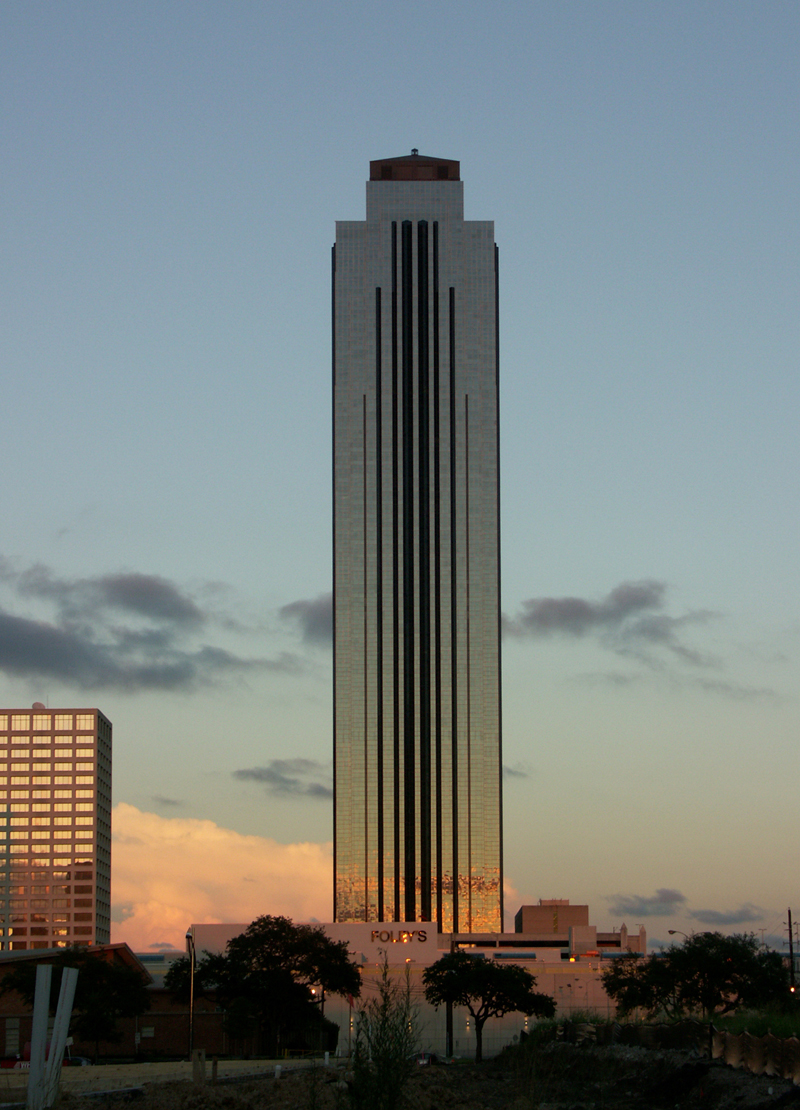 One of Houston’s most delightful attractions is considered to be the Falls Park. In its central part there is a large beautiful fountain, shaped like a huge horseshoe. This magnificent structure is built on different levels, each of which seems to represent a separate site. 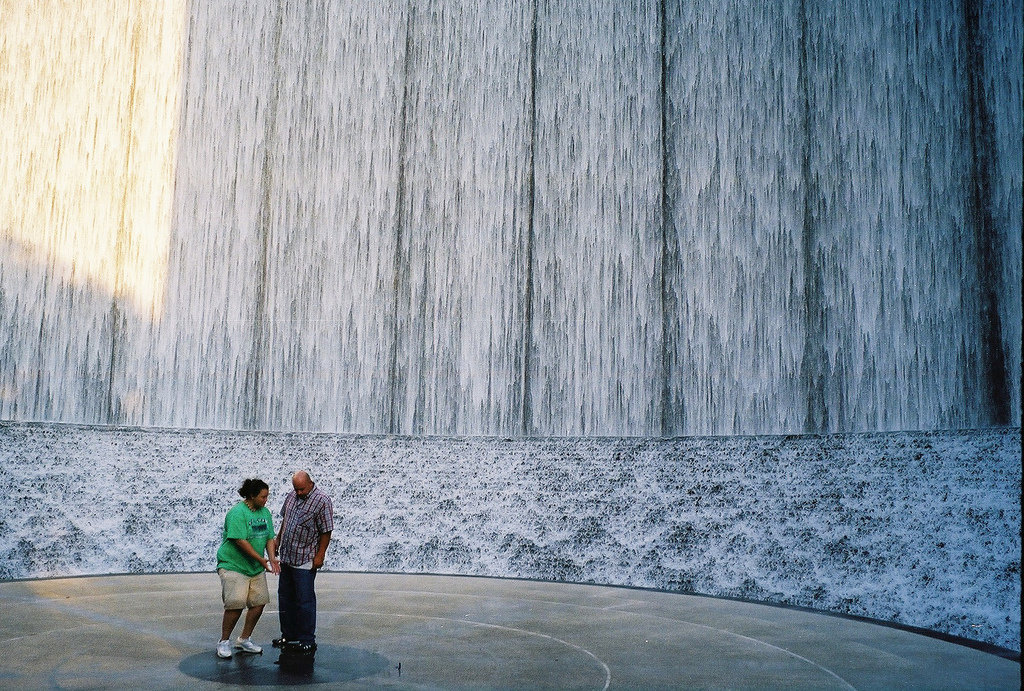 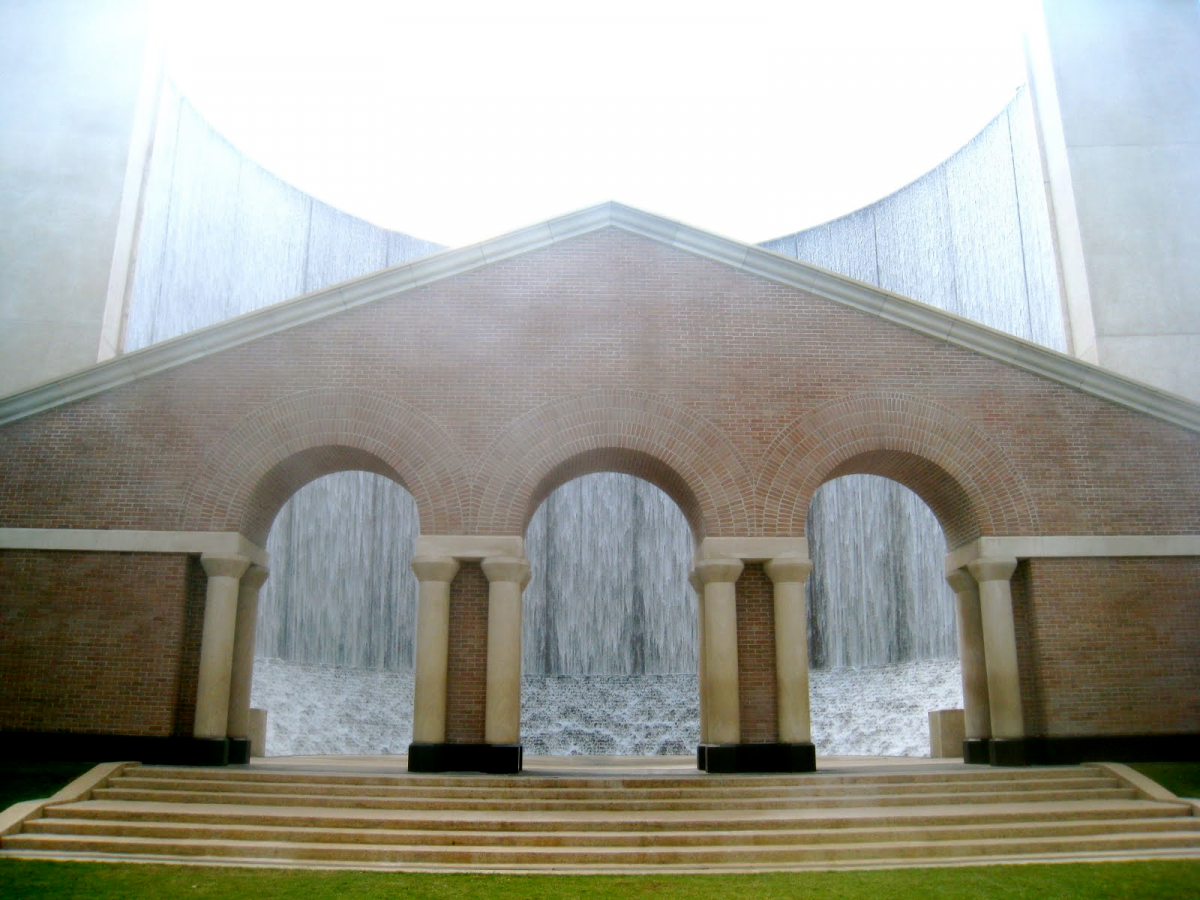 The best medical center in the United States

The city is also famous for being home to the largest medical complex in the world – the Texas Medical Center. It includes 54 institutions: research institutes, universities and medical schools, hospitals and various services. The Center has more than 106,000 employees. 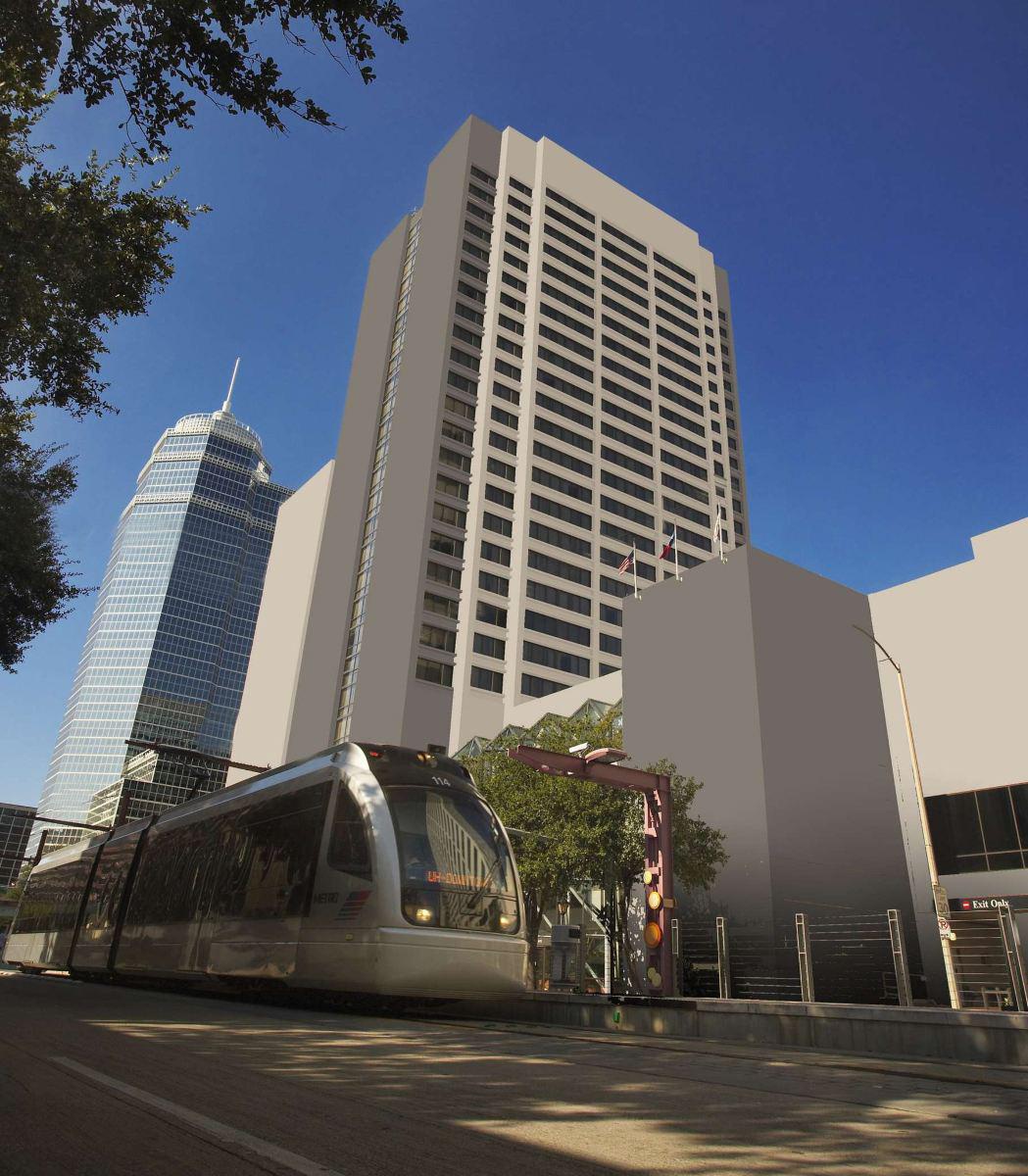 A break from the hustle and bustle of the city

The Hermannpark is considered the most popular among the inhabitants of the city. On its vast territory there are several gardens, a pond, fountains, playgrounds and sports grounds, a golfing area, cafes and other facilities. And there are statues of famous people, including a monument to the American politician and statesman Samuel Houston.

READ
Royal Palace in Caserta, Italy: how to get there, prices and tips 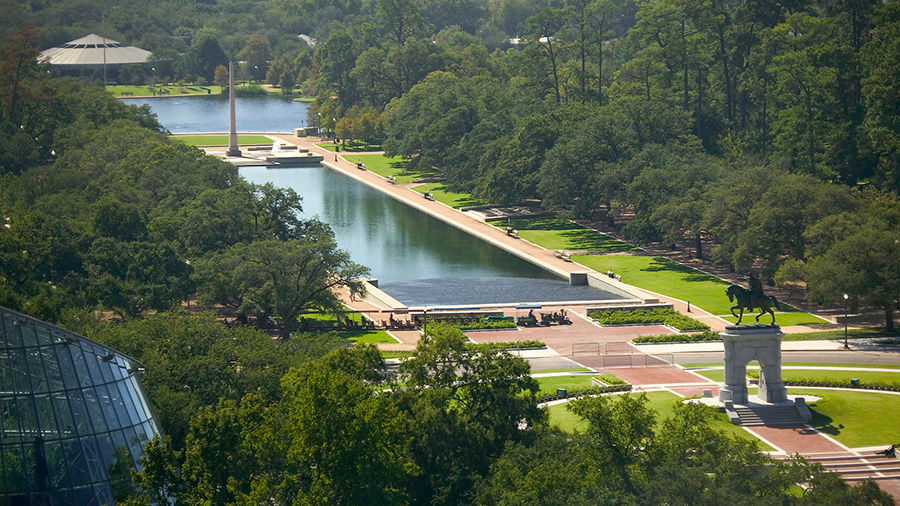 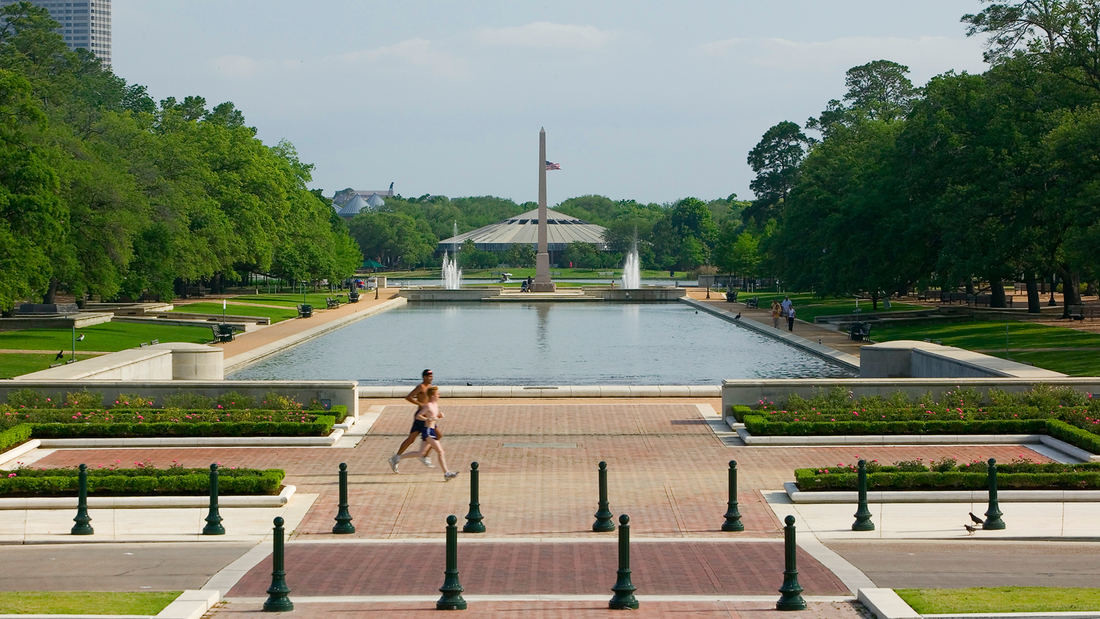 The Houston Museum of Natural Science is very different from the usual, sometimes very boring, museums. Within its walls there are so many entertaining exhibits. For example, you can visit the Hall of Ancient Egypt, the Hall of Gems and Minerals and the Hall of Paleontology, which contains many dinosaur skeletons. The museum has a butterfly zoo, its own planetarium, and a great movie theater where kids can watch movies about wildlife and natural phenomena.