If you ever find yourself in the capital of Gagauzia – Comrat, we recommend you to visit the famous horse farm “At-Prolin” not far from it. It is situated in the town Ceadir-Lunga, which is just half an hour away from Comrat by car. And if you love horses, then do your best to visit this amazing place !

Thousands of years ago people managed to tame the proud and certainly clever wild geldings. And since that time they have become real friends for a man. Hunting, chase, war, work in the fields, the transport of weights from one place to another, from village to village – all this was done with the help of the faithful and hardy toilers. Of course, someone reading these words will say that man is simply using the free-loving creatures in his own interests. But in fact, understanding between people and horses allows people to get incredible emotions from communication, it is not without reason they say that this is one of the most intelligent mammals in the world.

The owner of the farm Konstantin Keles believes the same. Thanks to him he has a thriving horse breeding farm in Gagauzia, and his breeding farm is considered the best in Moldova. We suggest you to take a little trip and find out a bit more about him. 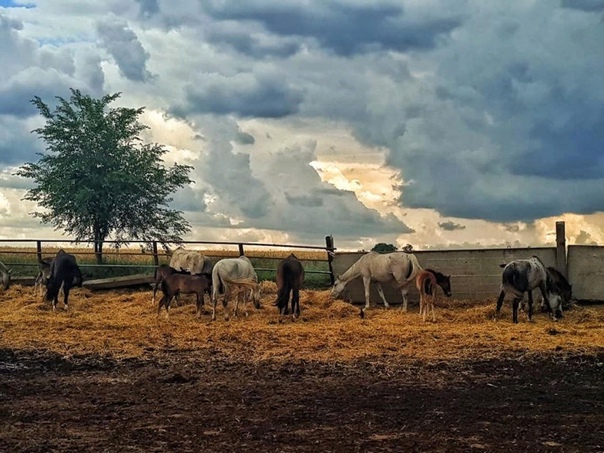 You can travel from Comrat to Ceadir-Lunga by road. The distance is 36 kilometers or 22 miles (note: in Moldova distances are measured in miles). There are also regular buses and minibuses that will take you there in 45 minutes.

Along the way you can admire a lot of colorful scenery, and on the way you will see the pets of the stud farm grazing.

Before we get acquainted with the owner and his charges, we will tell a little about the birth of this production.

READ
The best places to see in Dubai, UAE.

In 1982 a stallion of the trotter breed was brought to the small Kirov collective farm in Ciadir-Lunga. His offspring were noticeably larger and more powerful than their countrymen. This has given the reason to bring here a few more stallions of the breed for more rapid reproduction. The same year Kirov’s kolkhoz was renamed to “Breeding Farm” and became officially engaged in breeding of Orlov trotters. 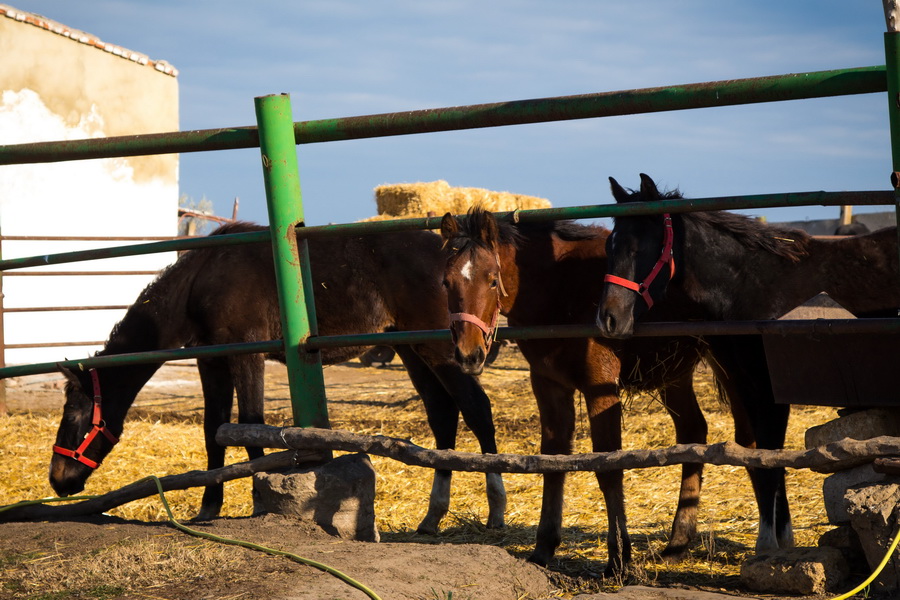 In the XX century there were enough stud farms in Moldova to supply the whole country with workforce. After the collapse of the Soviet Union many of them were closed because the financial and political crisis affected even this sphere of activity. Ceadir-Lunga stud farm survived, although it went through very hard times.

Now there are more than sixty specimens. All of them are different in their appearance: a broad chest, high growth, flexible neck and, of course, shiny skin and a long luxuriant mane. Looking at them, you understand that not only thoroughbred mustangs are bred here. They are loved and cared for very well. Well-nourished, calm and graceful, they capture the eyes of all who come here. And restless youngsters try to imitate the adults in everything. The future champions of horse races and exhibitions, in which Kelesh’s pupils take an active part and regularly take prize-winning places, are sure to grow up among them.

Lovers of visiting equestrian sports are advised to come to Ceadir-Lunga at the beginning of May. Every year on May 6, a grand national holiday takes place at the Altyn-At hippodrome, which, among other things, includes real races and competitions between thoroughbred beauties. 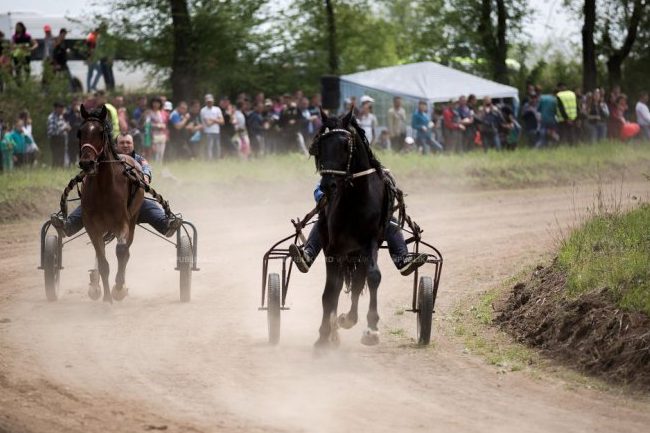 May 6 – St. George’s Day, the patron saint of warriors and domestic animals, marks the coming of real spring when the cattle start going out to pastures. Gagauzians call this day “khederlez” and celebrate it with the whole country.

The meeting of the spring is celebrated on a grand scale. There are folk festivals, feasts, songs, dances and, of course, equestrian competitions, which attract hundreds of people not only from neighboring towns and villages, but also tourists from all over the world. Someone comes here to see the traditional national customs of celebrations, and someone – to take an active part in real equestrian competitions. Everyone can go for a ride to feel united with these amazing creatures in their natural habitat.

The atmosphere of fun, cheerfulness and healthy competition will undoubtedly please all the guests of the festival. Emotions gained here will stay in the memory as one of the brightest events for a long time. 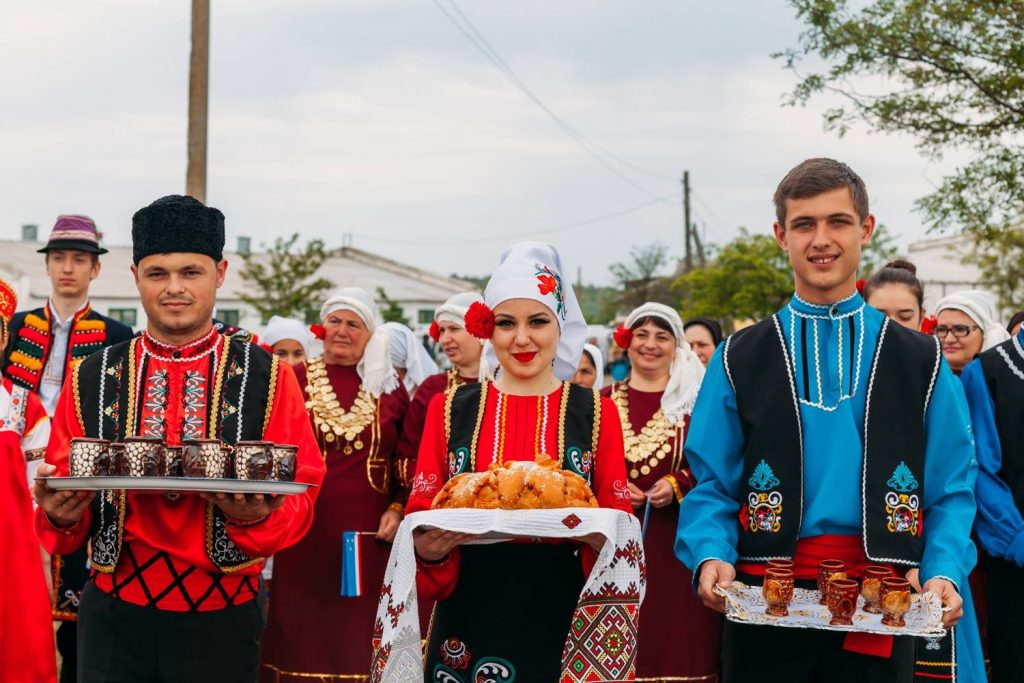 The competitions where riders show all the merits of their geldings are breathtaking. Several races of different categories, including free saddle races, give an opportunity to show the best horses of a certain breed. And, of course, local stallions are very special among all the participants. Their dry and strong constitution, curve of neck and impeccable endurance make them excellent partners in demonstration shows, and the professionalism of the riders shows their best qualities as horses.

By the way, there is a small museum on the territory of the company, which can be visited not only during the Hederlez, but also on an ordinary day. Here you can learn a lot of interesting things about the trotter breed, and about the history and life of the breed, and you can have a photo session with its most beautiful representatives.

In short, all this is better to see with your own eyes at least once in your life. And we assure you that once you are at such an event, you will become its regular guest. 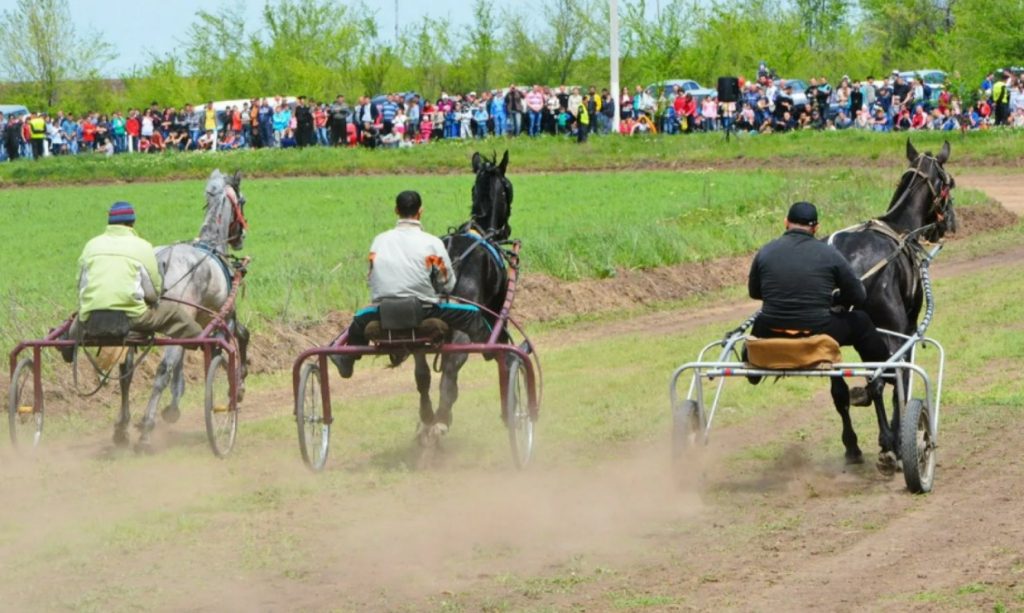 Weekdays at the stud farm

Despite the necessity of such an important object for Gagauzia as a thoroughbred farm, at the moment it is rather difficult. The main problem is the lack of additional funding. The funds allocated by the state do not cover all expenses for the maintenance of such a big herd.

The head of Konstantin Kelesh hopes only that the plan to create on the territory of the site a large equestrian tourist complex will save the situation. Now this plan is being worked out, which means that the improvements which will attract the masses of tourists will have to wait for some time.

In the meantime, the entire At-Prolin team is working as hard as they can. And in the heat and in bad weather they take care, feed, clean the horses, keep order on the territory. They do everything possible so that their care and immense love make it possible for the true connoisseurs of these beautiful animals to come and enjoy their grace, intelligence and strength. 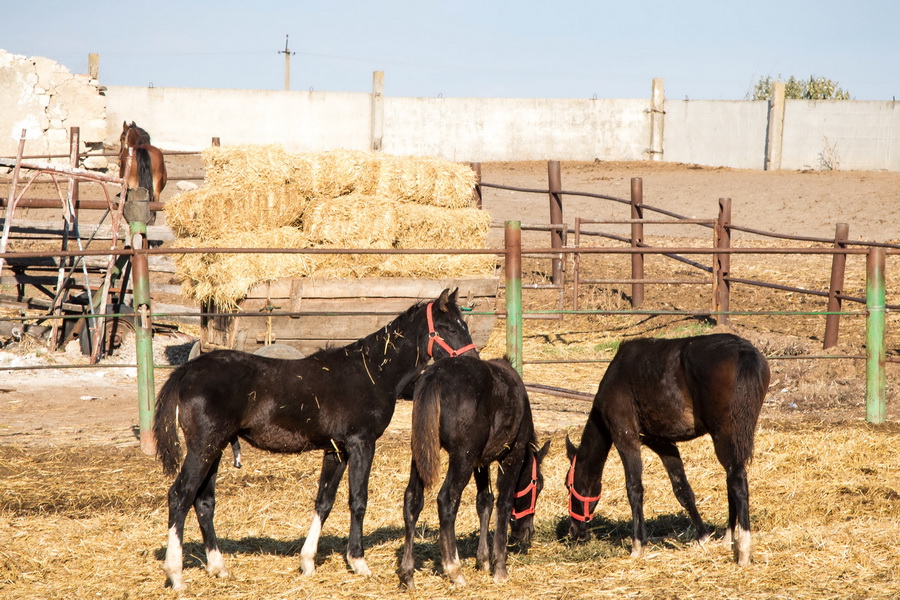 Weekdays at the stud farm

The visit card of Ceadir-Lunga and the “pearl” of Gagauzia is the only breeding farm in Moldova for Oryol trotters “At-Prolin”. During more than 30 years of its existence, the stud farm has experienced a lot of difficulties but it never stopped working. Konstantin Kelesh, the farm manager, told us about the life of the stud farm today.

The way to the stud farm is much easier now – instead of an unpaved road there is a macadam road. This means that one of the main attractions of Ceadir-Lunga is accessible even in bad weather.

Visitors are always met by Konstantin Vasilievich himself and his faithful assistant Hans – a German shepherd dog. To chase the horses and to protect the farm – the four-legged helper copes with these duties perfectly.

READ
Stendhal - the city of red-brick Gothic in Germany

There are not many horses on the farm during the day. They are mainly foals. The main herd grazes on the pasture as long as the weather permits. But, according to Kelech, the horse farm is already prepared for the cold: the facilities are insulated, hay, straw and other feed are fully prepared.

“Thank God we were able to prepare fodder for the winter, both hay and straw. It was a hot summer, just in July, which was the fodder harvesting period. You know, in this heat we had to get up at five in the morning and in two hours to put in 1.5 thousand bales. During the day, in this heat, it would have been impossible,” says Konstantin Kelesh.

Checking up on the horses, feeding, watering, and taking the herd out to pasture – this is how each day begins for the employees of the stud farm. There are eight people taking care of the horses, but relatives, friends and people who just like to help out when necessary.

Konstantin Kelesh knows all his pets by name. They recognize him by his steps and start “cheering” him on from afar.

Commands of Konstantin Vasilievich are carried out not only by his sheepdogs but also by the horses themselves. Make a bow, say hello or “search” – for a piece of sugar the horses are ready without persuasion.

“After all, they understand everything better than people. Taking care of horses every day, I already know their habits, their character, their capabilities. They are all individual and each one is dear to me in its own way,” Kaelesh notes.

The horse farm is a highlight of Gagauzia, as only here people officially breed trotters of Orlovka breed. Nevertheless, this pleasure is not cheap. It costs on average one thousand euros annually to keep one horse. There are 54 horses in total on the stud farm. By simple arithmetic calculation it is clear that 54 thousand euros a year just for the maintenance of the horses. But on top of that you have to pay for services and salaries to the employees.

“If before, when we were financed by the Ministry of Agriculture, we were forgotten about for 2-3 months, now there is no such thing. You can’t explain to the horses that there is no money, they want to eat. Now that we are on the balance sheet of regional authorities, funding is stable. We have plans to modernize the horse breeding center, to make a decent cut for our Gagauzian pearl,” the director of the Horse Breeding Center said.

A project has already been developed to create a tourist equestrian complex on the basis of At-Prolin Horse Farm. There are plans to build a riding arena, hippodrome, hotel, café and other infrastructure facilities. After the project is completed, it will be a one-of-a-kind complex.

Due to the large areas, one of the most spectacular types of equestrian sport – show jumping – overcoming obstacles on horses, dressage and other sports trainings can be practiced here.

The plan is also to hold classes with children, according to news portal Gagauzinfo.MD.

“It’s more of an educational role. You should see the eyes of these children who stroke horses, who feed them from their hands with sugar, ride them or ride a fayeton. I would like to see all of this develop. By interacting with an animal, one becomes a kinder person,” Kelesh added.

Kelesh said talks are already underway with an investor who is willing to invest in developing the horse farm’s infrastructure.