Prices and Wages in Honduras

Honduras is a state located in Central America, bordering Guatemala, Nicaragua, and El Salvador. For some reason in the post-Soviet space, the word “Honduras” itself is a nickname, denoting something poor, ludicrous and unserious.

But how true is this in terms of reality? What is she like as a power so far away from us? Let’s study its wages, prices, and standard of living.

The economic situation in Honduras

As in any country in the world, the local population wants to earn a decent wage and be able to fully eat, dress and relax on their own or with their family, if any. As practice shows, life in Honduras is such that the economic and social indicators of this state are very low. Of course, it cannot be compared to Haiti, but it is not even close to the level of Chile.

To understand the real standard of living in Honduras, it is enough to look at its cities. The local population is not as friendly as, for example, in Europe. And if you have the impression that bad construction in our country, you are mistaken: in large settlements of this country literally everything is hung with wires, sidewalks are narrow, at night sometimes there is no lighting on the streets.

Moreover, even in the capital there are many slums, which are a breeding ground for crime. Gangs and Mexican drug lords run rampant in the city, and most people are very poor. All this happens largely because the minimum wage in Honduras does not cover all human needs.

But do not think that everything is so hopeless in this Central American country. According to some indicators, the state is quite comparable with Russia. For example, the unemployment rate in Honduras is 6.7%, which is only 1% higher than in Russia.

The pension system is also largely similar to Russia’s. Men retire at 65 and women at 60. The minimum length of service is 15 years. In addition, in Honduras the employee pays only 2.5% to the social insurance fund, while the employer pays 3.5%. The minimum possible pension of a Honduran is 50% of his/her salary, and the maximum cannot exceed 80%.

The taxation system in Honduras is also curious. There is no value-added tax at all, as we are accustomed to, but there is a sales tax of 15%.

Despite the combination of a fairly large pension burden on the state budget and low consumption taxes, Honduras is able to show annual GDP growth of 3.1%.

According to official data, the minimum wage in Honduras in 2018 was 8882.3 lempiras, which today is about 236033 Russian rubles or about 360 US dollars. In reality, however, as mentioned above, such an income is mostly formal and most of the local population works for about $2 a day, which, of course, is much less than the stated minimum wage.

However, all is not so sad, and there are a number of professions whose incomes can be called very good. For the month of March 2019, Honduras could offer the following categories of workers these salaries:

Representatives of other structures and spheres of human activity can count on a slightly different income. By profession, the average salary in Honduras in 2018 fluctuated within these limits:

Wages in agriculture in Honduras deserve special attention. Workers in this industry earn in the range of 40 dollars, which is significantly less than the minimum official indicator established by law in the state.

Also local experts in the vast majority are not able to boast a very high degree of their own qualifications.

At the moment, the average monthly salary in Honduras in 2019 is $690. That said, this country has nearly the highest rate of income inequality between people in the world at 57.7. Only the Hondurans were able to surpass the Hondurans, where this criterion is 59.5.

Let us examine the cost of goods and services in Honduras on average. In the world, this country is not considered the most expensive to live in and this is quite justified. The price of food for each major item is as follows:

Monthly rent of living space is comparable to large cities in the Russian Federation.

Travel and other costs are as follows: 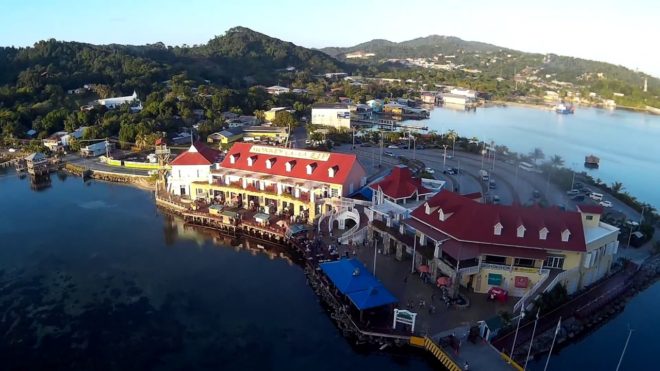 Despite the relatively low prices in Honduras in almost all items of the consumer basket, life in this country still can not be called easy.

Just look at the fact that there is a murder every 74 minutes, and drug trafficking reaches colossal figures. However, even with this situation, Honduras is steadily ahead of many countries, including Russia, with a 49th position in the global ranking of the minimum wage. 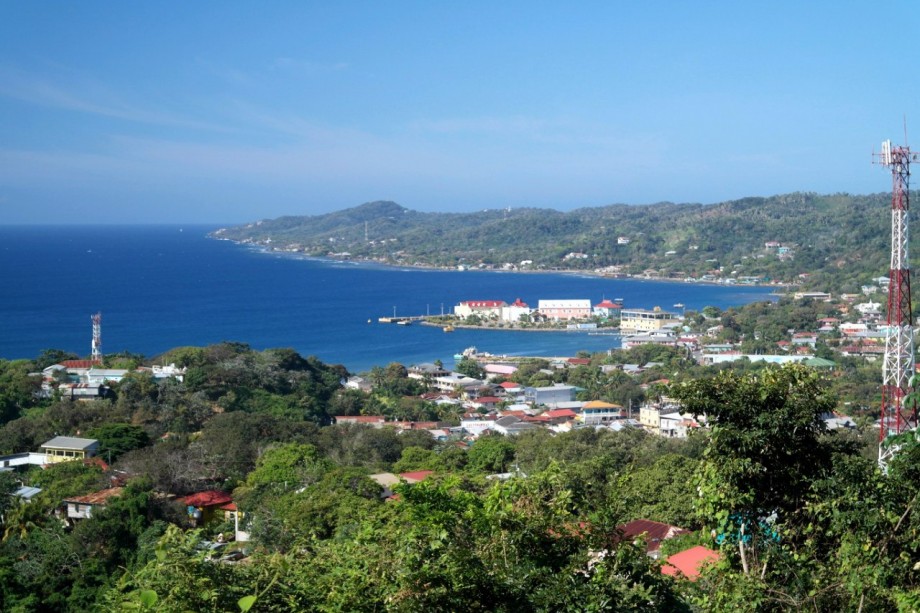 1.Honduras is a small country in Central America, on the isthmus connecting two continents.

2.It is located on ancient Indian lands, and it is not surprising that Indian customs and traditions are still extremely strong here.

3.Honduras is the most dangerous country in Central America, particularly because of the constant clashes and shootings of drug cartels. 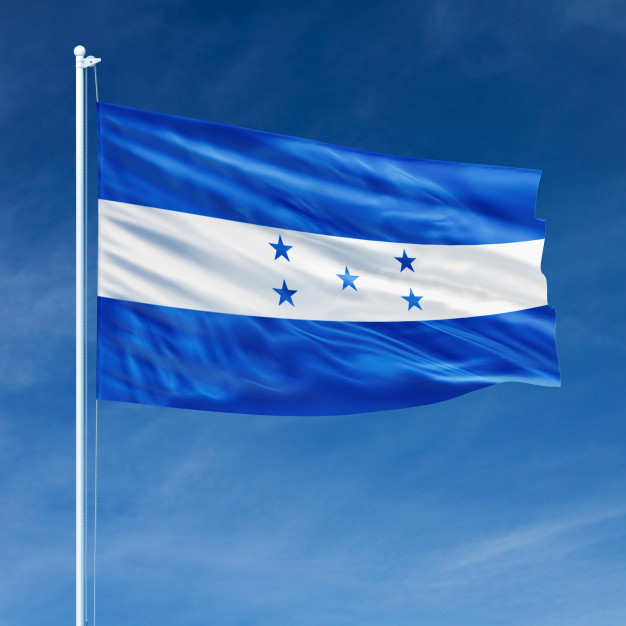 THE NATIONAL FLAG OF HONDURAS.

4. In all of Honduras there is one third less population than in Moscow alone.

5. According to statistics, more than half of the population of Honduras lives in the countryside.

6. The first European to visit the area was the famous navigator Christopher Columbus. 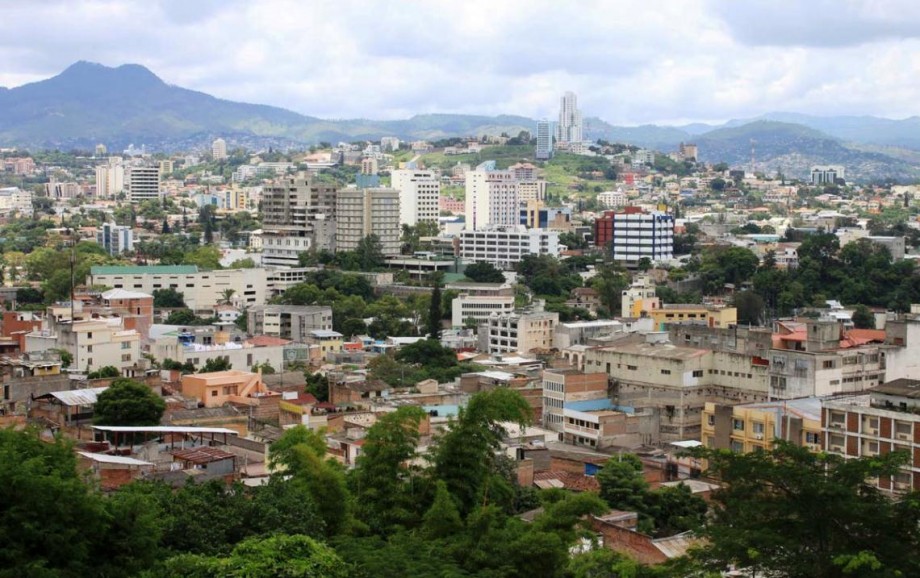 TEGUCIGALPA – THE CAPITAL OF HONDURAS

7. The Honduran capital, Tegucigalpa, was founded by the Spanish as a colonial settlement.

8.Its climate is mild because the center of the city lies about 1 kilometer above sea level.

9. Tegucigalpa’s Toncontin airport is one of the ten most dangerous in the world.

10.The short runway, mountains on all sides, and regular cloudiness in the area have all led to the fact that only a very limited number of pilots are licensed to fly through this airport.

11. The literal translation of the name of the state from Spanish is “depth”.

12.According to legend, the ship of the discoverer of this land, Christopher Columbus, near the present coast of Honduras was caught in a violent storm and nearly sank, which is how the name appeared – first the territory, and then the country. 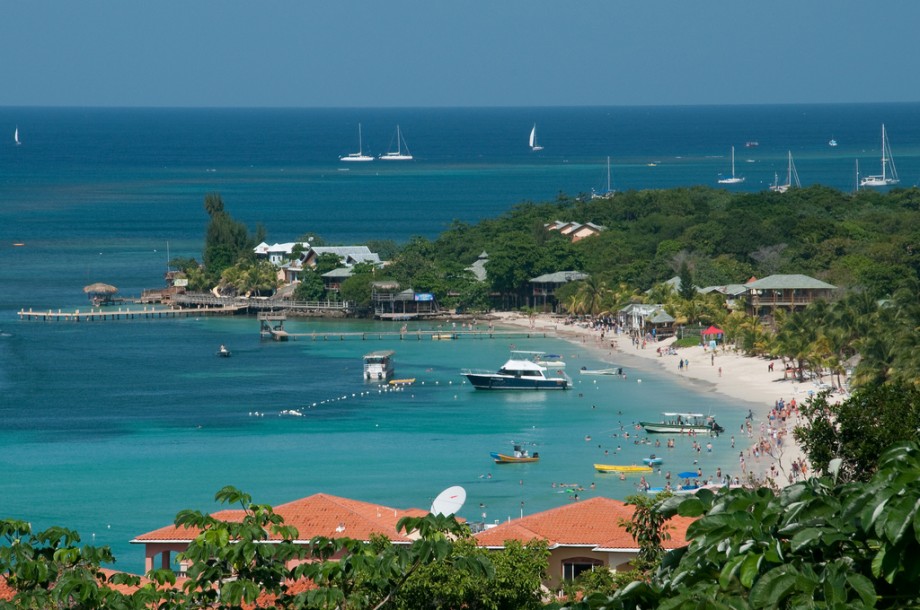 13. The islands of Honduras are surrounded by the largest living coral reefs in the world.

14. Of all the countries in Latin America, Honduras is considered the least safe, surpassing even Guatemala, El Salvador, Venezuela and Nicaragua.

16. All stores and cafes in Honduras are guarded by armed soldiers.

17.Virtually all locals also do not leave their homes without weapons. 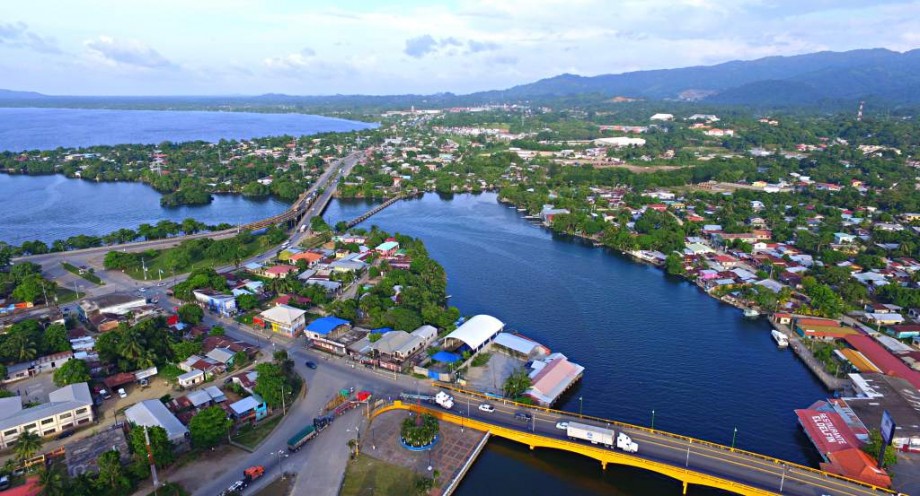 THE CITY OF PUERTO CORTEZ

18. But the city of Puerto Cortez on the Caribbean coast, despite the country’s reputation in general, is one of the safest ports in the world.

19. There is a legend that the famous pirate Captain Kidd hid his countless treasures on one of the islands of Honduras. This story was the basis of Robert Stevenson’s famous novel Treasure Island.

READ
Dresden is a museum city

20. The country’s first public university was opened in 1847, and its first private university in 1978.

21. In 1969 a war broke out between Honduras and El Salvador, the formal reason for which was a soccer match.

22.The confrontation lasted only 6 days, but during that time several thousand people died.

23. At one time the territory of modern Honduras was colonized by the Maya, who displaced the indigenous natives. However, for reasons unknown to us, the Maya left these places many centuries before the arrival of the European conquistadors, who completed the fall of their culture. 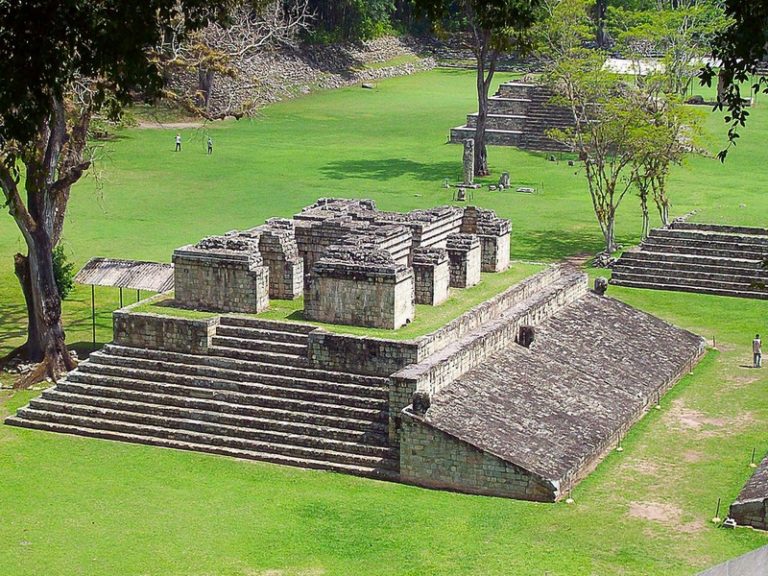 RUINS OF MAYAN STRUCTURES IN COPAN

24. The main attraction of Honduras is the ruins of Mayan structures in Copán (there are remnants of pyramids, stelae and ceremonial temples). Scientists still cannot understand why the Maya left these lands and moved to the Yucatan Peninsula.

25. For several centuries Honduras was part of Guatemala, which was then also a Spanish colony.

26. According to the laws of this state, children are not required to have secondary education. As a rule, after several years of schooling teenagers already start working.

27. In Honduras it is customary not only to call people by their first names, but also to mention their occupation.

28. In the department of Yoro it rains fish every June, leaving behind hundreds of different fish on the ground. Such a phenomenon has been going on for more than a century. 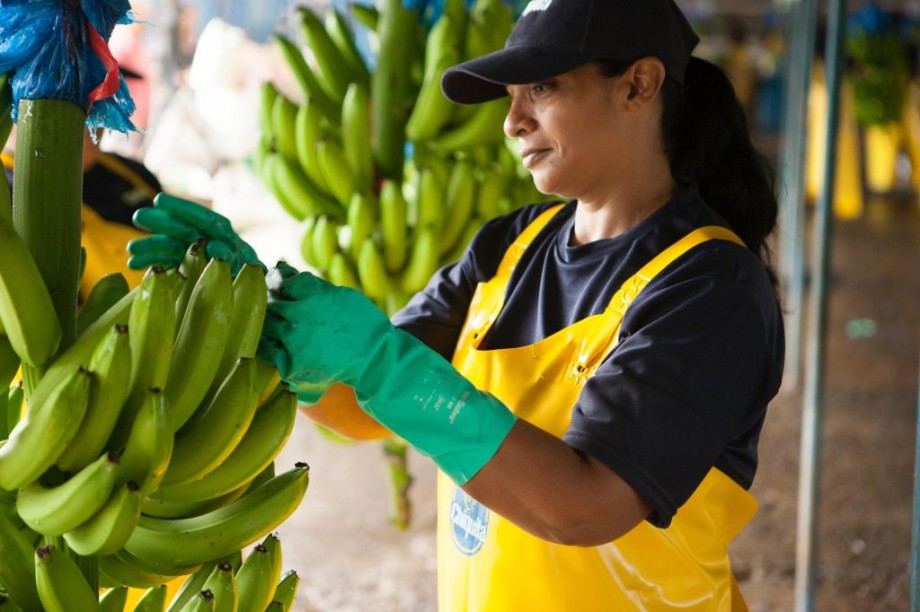 29. Honduras is a “banana republic” in the literal sense; the country is the second largest exporter of bananas in the world.

30. The date of the declaration of independence of Honduras from Spain is 1821.

32. In Honduras they make “poupousi” cakes, the dough for which consists of corn, cheese, and ham.

33.There are many restaurants throughout the country specializing in this particular dish.

34. The state’s national currency, the lempira, was named after an Indian chief who went to war with the Spanish colonists in the 16th century. 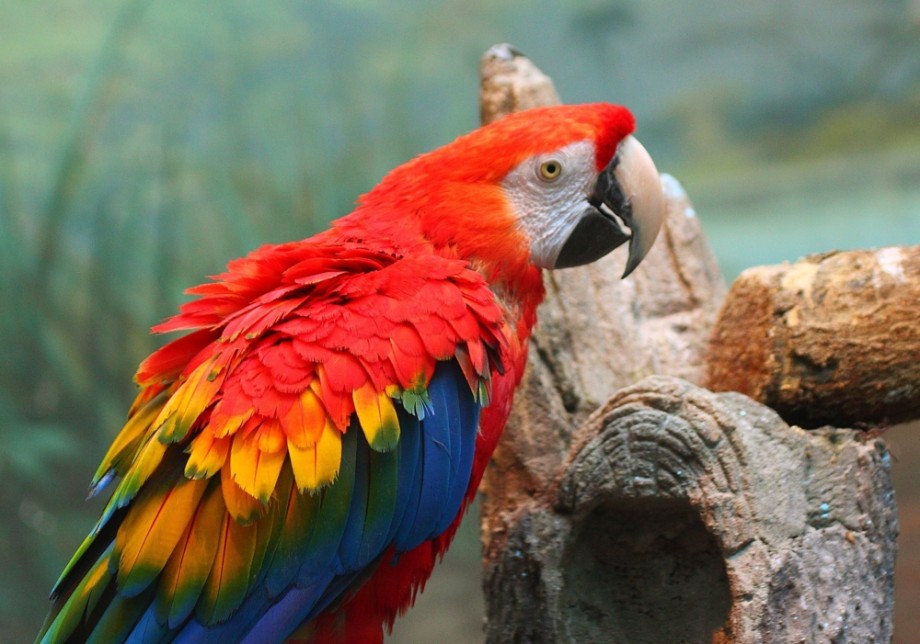 ONE OF THE SYMBOLS OF HONDURAS IS THE RED ARA PARROT

35. A sacred bird and one of the symbols of Honduras is the red parrot ara. The inhabitants of Central America believe that this bird has the power to cause rain, as well as maintain communication between the worlds of the living and the dead.

36. Devastating hurricanes sometimes strike Honduras, brewing over the surface of the Caribbean Sea.

37. Unlike many other Latin American countries, the population of Honduras is somewhat less religious in its bulk. 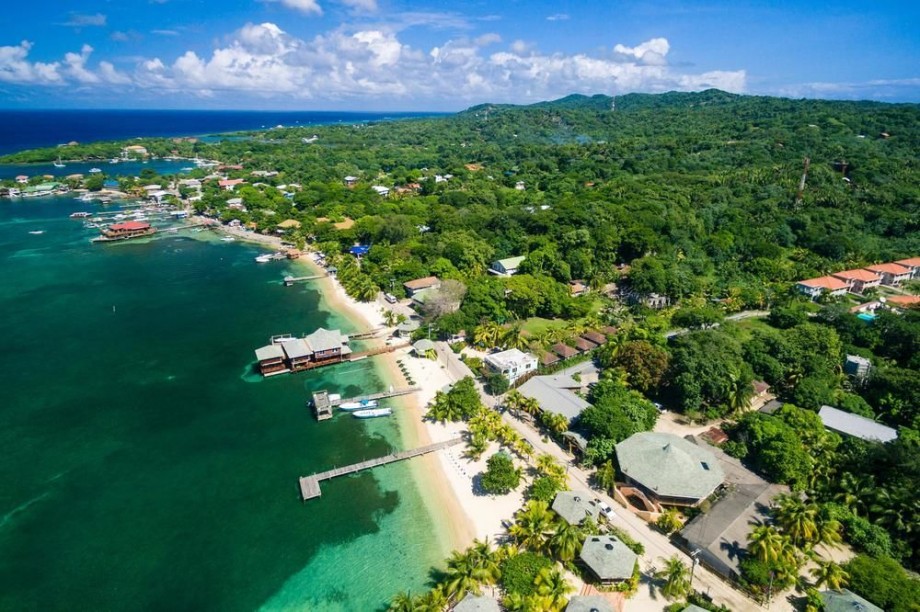 38.In the last census, as many as 8% of people responded that they were not followers of any religion.

39. The army in Honduras is formed by conscription. Conscripts serve two years at a time. 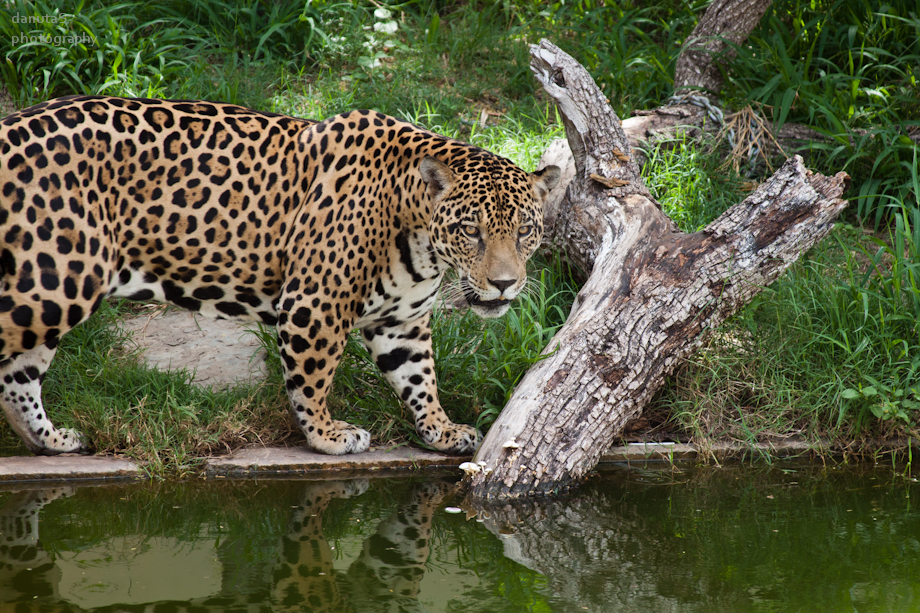 40.Since the population density in this country is low, a variety of wild animals, both dangerous and harmless, are everywhere. 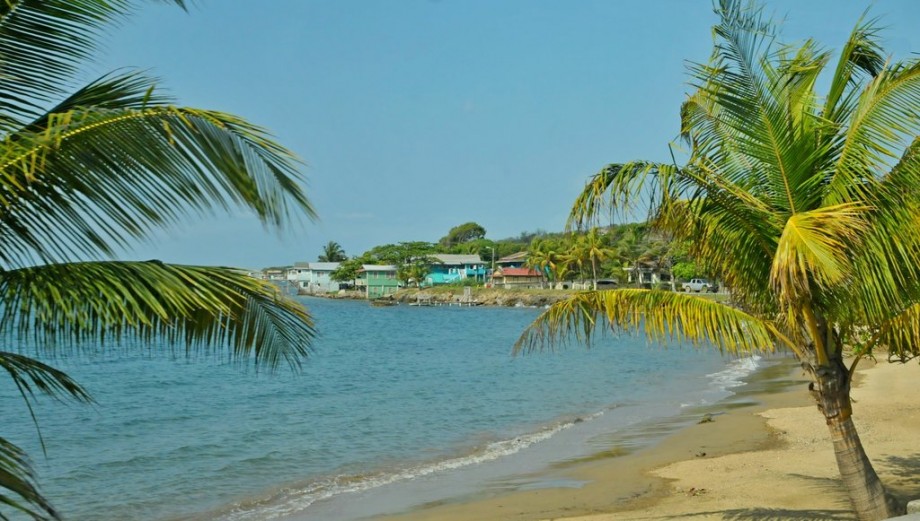 42.The Garifuna people of Honduras are listed by UNESCO as a World Intangible Heritage of Humanity.

43.The members of this people have been able to preserve their music and dances, which are not found anywhere else in the world.

44. The president of Honduras has the right to govern for only one four-year term.

45. Former Honduran President Loba Sosa received his higher education in Moscow, at the Russian University of People’s Friendship. He ran the country from 2010 to 2014.