Catalonia from A to Z

Tourists from around the world annually choose Catalonia as their preferred holiday destination. They are attracted by Gaudi’s masterpieces, picturesque beaches of the Mediterranean Sea and the traces of the presence of the ancient Romans and Greeks. Everyone will feel comfortable in this land thanks to the amazing hospitality of the Catalans. According to surveys of tourists from around the world, the local population called the most welcoming compared to the inhabitants of other countries about 50% of those interviewed. What are the holidays in Catalonia in 2022, prices and attractions will be interesting to know for everyone who plans to visit it. 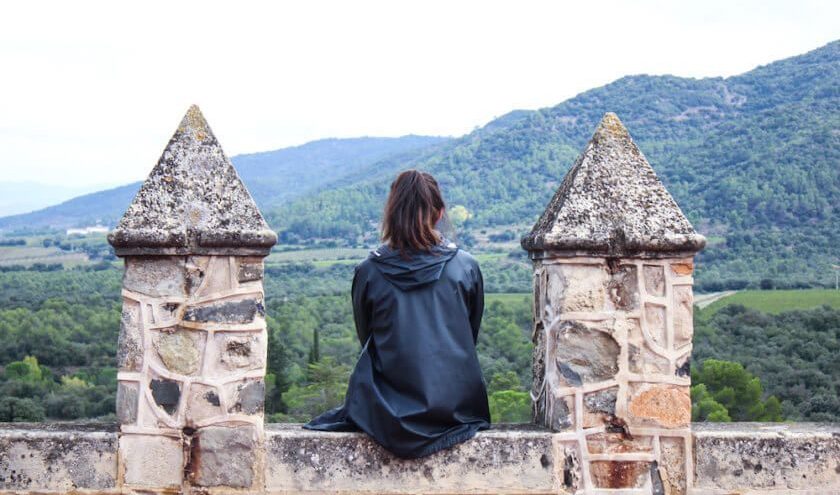 The autonomous community of Catalonia, a land within the Spanish state, is a territory with a difficult and interesting history. It was home to the ancient Greeks, the Carthaginians and the Romans and was invaded by the Moors from the south. Freed from the Moors, the country became independent. And after the dynastic marriage between the ruling dynasties of Catalonia and Aragon (12th century) there was a period of power of the created united state. Then came a series of internecine wars. 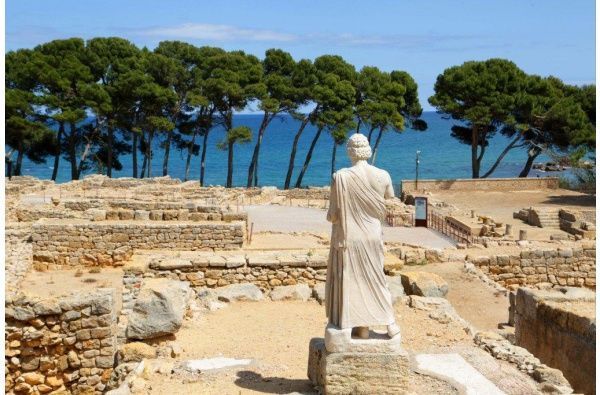 Ancient Empuria – the gateway of civilization to the Iberian Peninsula

In the end Catalonia became part of the Kingdom of Spain (1714), where it remains to this day. But the memory of the glorious past of an independent country does not give rest to the Catalans. All the more so because relations with the authorities in Madrid are marred by oppression and even repression of the inhabitants of Catalonia. Therefore, there is a strong public sentiment for separation from Spain, although half of the population does not support it.

Barcelona and the Russian city of St. Petersburg are twin cities. This masks the excellent historical past, the presence of a huge number of architectural monuments and the high cultural level of both capitals – current Catalan and former Russian.

The Autonomous Community occupies a small territory in the north-east of Spain, bordering on France in the north. The small space has everything – mountains, hot beaches and green plains. Of all the Spanish lands, Catalonia has the richest vegetation due to its warm climate with sufficient rainfall.

Catalonia on the map:

The coast has the most favorable climatic conditions. There are moderately hot summers and warm winters. The only downside – sometimes a cold wind blows from the mountains of terrible strength, called Tramontana. Basically, this natural phenomenon is observed in the fall.

The weather in just a few dozen kilometers from the coast can be very different. In summer it is a few degrees hotter and almost no rain, while in winter it is much colder. You can see snow there every year, which on the coast happens once in 10-15 years.

The best time to go to Catalonia 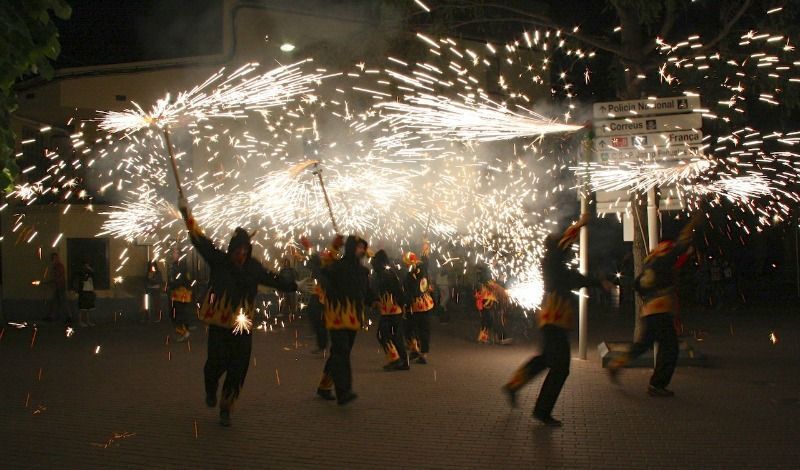 READ
China - a mysterious country with a fascinating history

For most travelers there is no problem how to get to Catalonia. There is no alternative to air transport. There are, of course, cruise ships and private cars, but this way to reach the desired goal would choose or desperate car enthusiasts, or a few participants of cruise travel.

It is important for independent tourists how to get around inside the country. 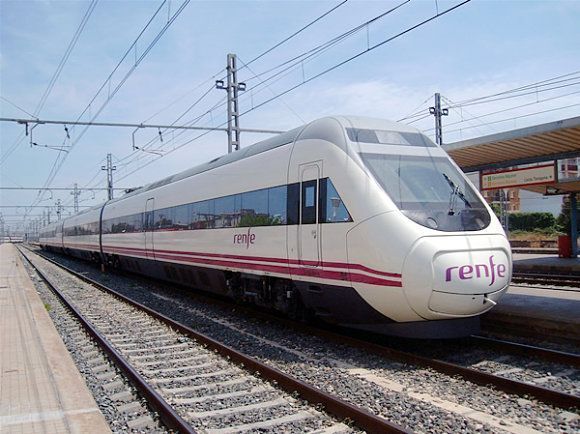 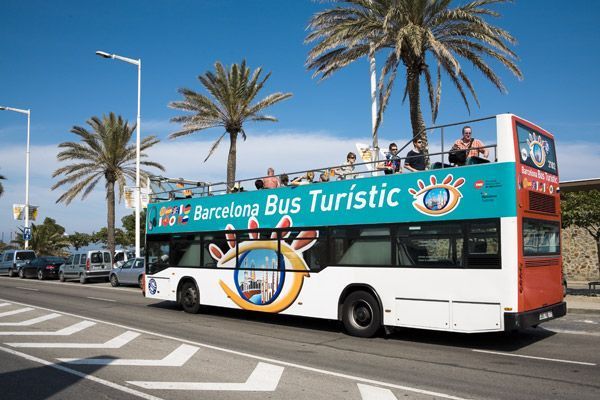 The main mobile phone operators in Catalonia are Orange, Movistar, Vodafone. A SIM card costs 10-12 euros, but international calls and SMS are expensive.

It is better to keep in touch with relatives in Russia, using free WiFi.

There are connection points in all hotels, large shopping centers, restaurants, museums. If someone needs to talk a lot within Spain, it makes sense to purchase a local SIM card. 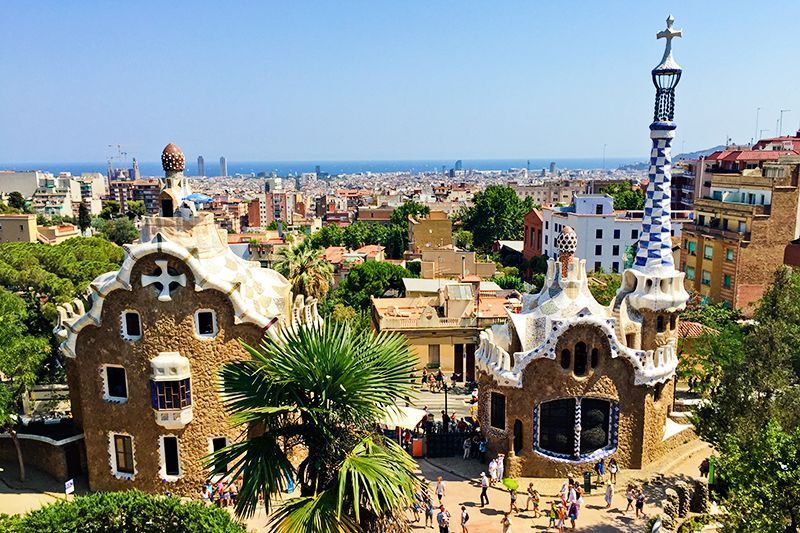 For personal and group clients in Barcelona there are offers of guides in the city and its surroundings. The cost depends on the distance of the trip and the number of tourists – from 20 euros per person to several hundred.

Tourists can buy The Barcelona Pass, which gives the right to ride a tourist bus and visit museums with significant savings. The price for 2 days is 109 euros, for children 69 euros.

Everyone chooses according to personal preference and financial means where to live in Catalonia. In the center of the Catalan capital full of expensive hotels and cheap hostels. The price for accommodation in a hostel – from 15 euros per night in a multi-bed room to 30-35 euros for individual housing. The average price for a hotel room is 70-100 euros. A good small apartment in the Gothic Quarter can be rented for 70-80 euros per night. 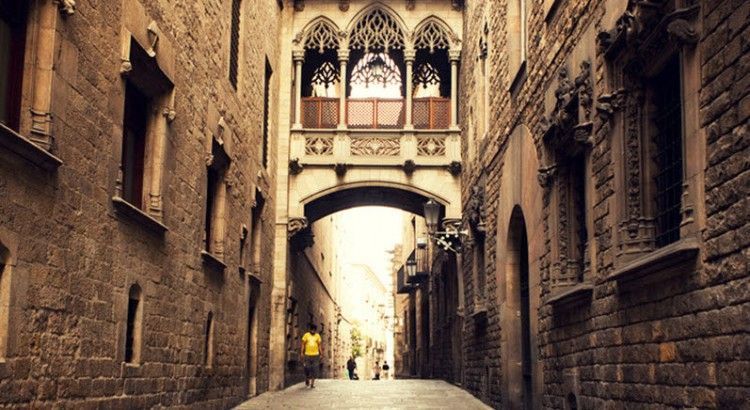 The Gothic Quarter in Barcelona

To have a good rest on the beach, you need to go farther away from Barcelona. In the city and the nearest suburbs the beaches are not exactly clean. You can go along the coast to the north and south of the capital.

Tourist athletes will easily find something to do in Catalonia. Active recreation is associated primarily with water sports, but not only: 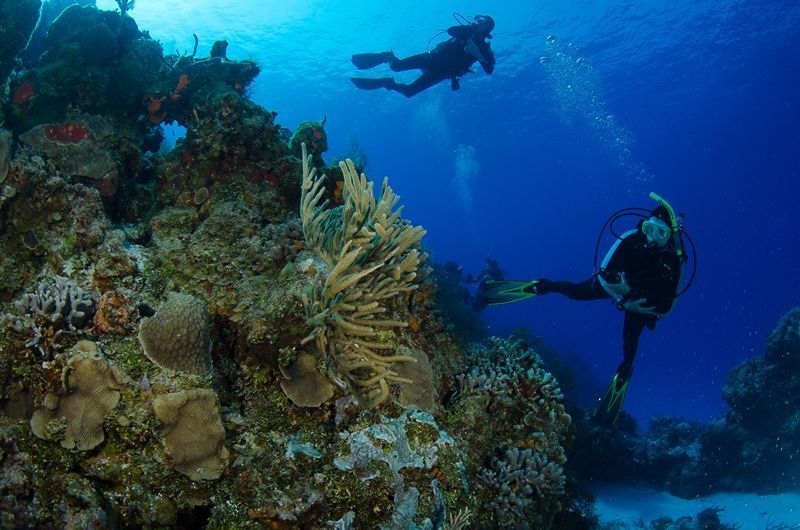 Shopping in Barcelona is excellent in July-August and in the second half of January-February, when discounts on all goods reach 70-80%. Prices for brand clothing in Spain are lower than in other European countries, so shopping here is popular not only among the Russians. For clothes of famous brands should go to Paseo de Gracia, a street in the center of Barcelona.

Those wishing to save money should go to La Roca Village, a large outlet, known outside of Spain. Discounts on all well-known brands are offered there all year round. From the center of the Catalan capital to La Roca Village you can get by bus from Carrer de Casp, 34. The fare is 12 euros in both directions. The bus leaves every 2 hours between 9:00 and 18:00. 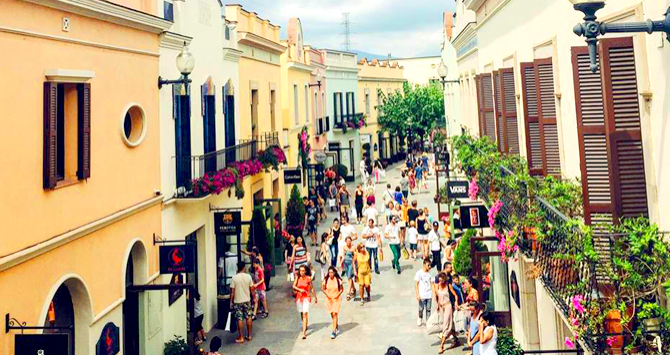 The food in Spain is loved by all tourists. Catalan cuisine is almost no different from traditional Spanish. Spanish wines are not inferior to French, and cost much cheaper. The excellent Catalan Cava (champagne) is also inexpensive. While the price for French champagne starts at 20 euros, you can buy an excellent Cava for 6-8 euros and a little worse for 3-5 euros. 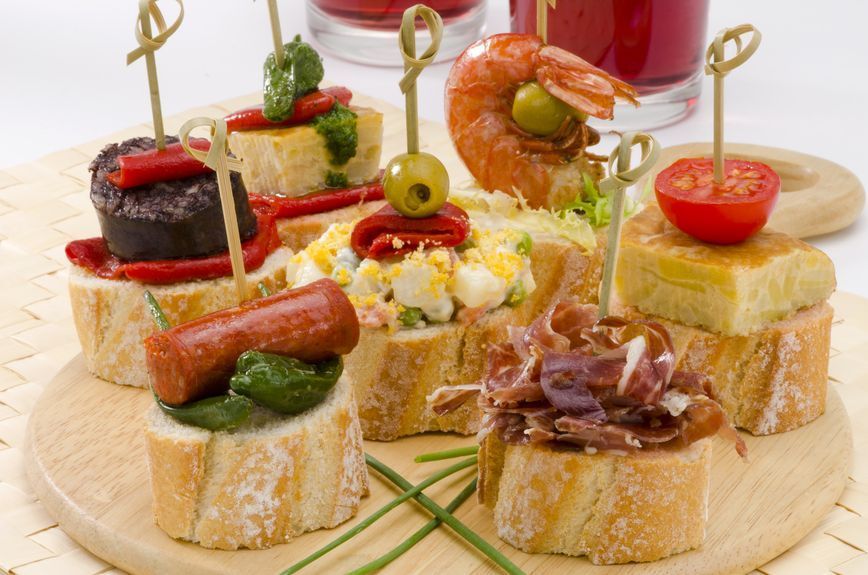 Inexpensive cafes and restaurants are everywhere. They offer Menú del día – a set lunch including two dishes (your choice), drinks, dessert, and sometimes coffee. They ask you to pay 9-12 euros for everything. The portions are big so you won’t go hungry.

Souvenir magnets, plates, T-shirts with the Spanish and Catalan symbols are sold in abundance in tourist places. A more interesting choice of what to bring yourself and your loved ones are traditional Spanish products and wines.

What to buy so you can’t go wrong: 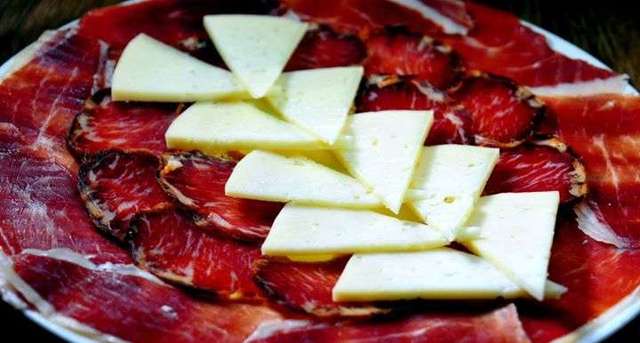 What to take with you

Spain is a country that is generally calm, but preventive security measures do not hurt. Crime in the Catalan land exists.

The telephone number for emergencies is 112. People in Spain are attentive, ready to help in any situation.

Catalonia is a land that retains a regional identity different from other Spanish territories. It is amazingly diverse – from tiny medieval villages to one of the most vibrant cities in the world.

The Autonomous Community of Catalonia, which is famous for its warm Mediterranean beaches and Pyrenean ski resorts, the artistic heritage of such masters as Gaudi and Dali, the beautiful UNESCO monuments and its own unique cuisine, is located in the north-east of Spain and is composed of the provinces of Barcelona, Tarragona and Girona with access to the Mediterranean Sea, and the mountainous Lerida. Nowadays Catalan political activists are striving for independence of the region and not only Spanish, but also Catalan and Aran are recognized as official languages, however, among the travelers Catalonia was and still is one of the most popular tourist destinations in Spain. 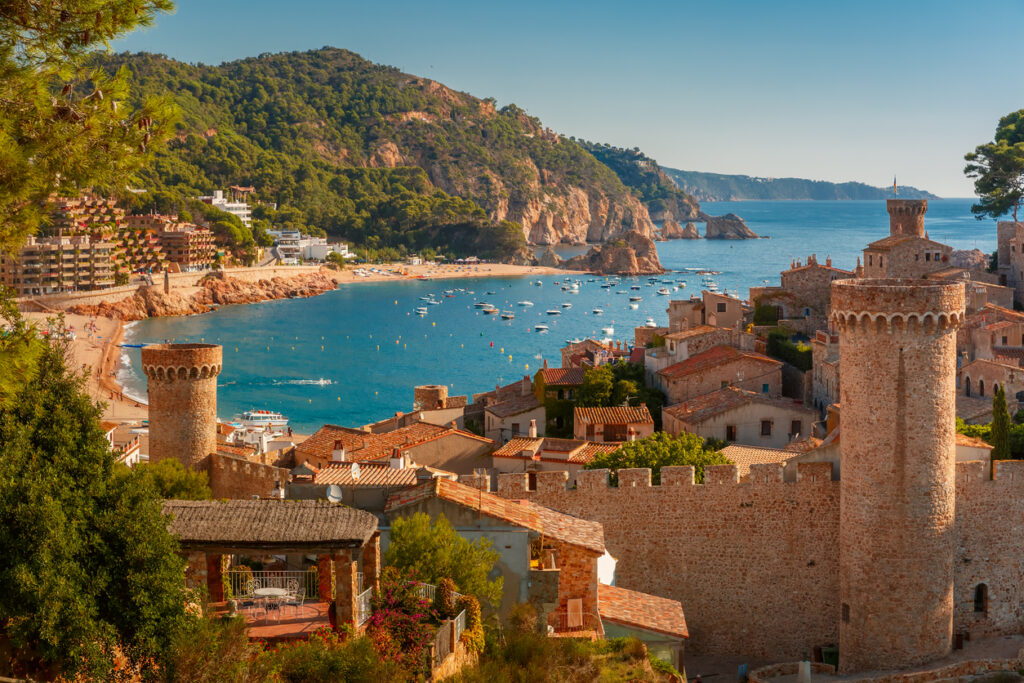 The main economic and cultural engine of Catalonia is Barcelona, Spain’s second largest city, a major port and tourist center, around which are concentrated famous Mediterranean resorts, natural parks and nature reserves. Barcelona has a long history and its buildings combine the legacy of Romanesque, Gothic and Renaissance architecture that can be seen in the Old Town – the Gothic Quarter, the slopes of Mont Taber or the examples of the Royal Palace, the temples of Santa Agata, Holy Cross and Santa Eulalia. However, in the world this city is more famous as the “capital of modernism”, founded by architect Antonio Gaudi, who created such projects as the Sagrada Familia, Park Güell, Casa Milà and many others. Near Barcelona, the most interesting places to visit are the Benedictine Montserrat Monastery and natural monuments – the reserves of Font-Groga, Montseigne, San Llores de Munt and Sera d’obac.

Another large Catalan city 103 km to the north of Barcelona is Girona, founded on the site of the Roman settlement of Gerunda. Girona has become a tourist mecca thanks to the historical buildings of the Old City and the Jewish Quarter and the ski resorts at Cerdani, the Pyrenees of Girona province, and the beautiful coastline of the Costa Brava and its beautiful resorts of Blanes, Portbouw, Sidges and others. Figueres, the birthplace of Surrealist painter Salvador Dali, and such towns as Cadaques, Besalú, Olot and Ripolles are of great importance in the province. 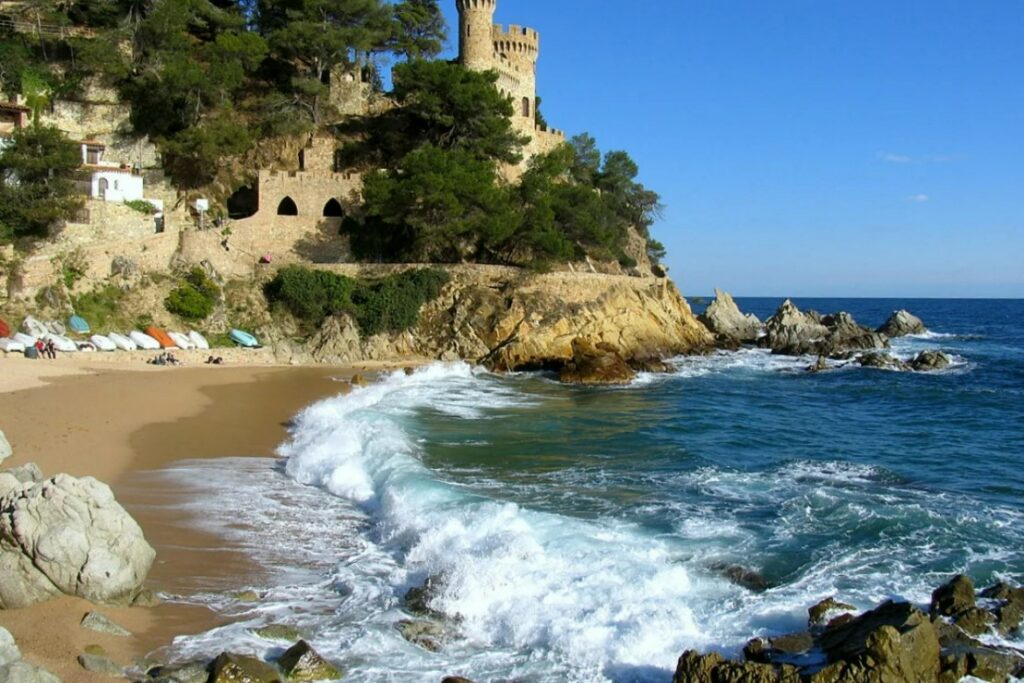 South of Girona in the province of Barcelona, the Balearic coast is called Costa del Maresme, and the coastal area of the third Catalan province of Tarragona embraces Costa Dorada – territory of truly “golden” long gentle beaches. Each year, thousands of tourists come here from different countries to relax in Cambrils or Salou and visit the theme park Port Aventura. The city of Tarragona itself, which was once the capital of the Roman province of Near Spain, offers a view of the archaeological sites listed as a UNESCO heritage, the ancient Roman ruins, which are more than a thousand and a half years old. Moreover, in this province there is the Ebro delta, the natural landscape of which is a unique ecosystem in Europe and represents a special cultural value for Catalonia.

The Catalan province of Lerida is a popular destination for those who love mountains. Its privileged location in the north-east of the Pyrenees, between Barcelona and Madrid, has predetermined the development of active leisure and extreme sports in the mountainous landscape full of glacial lakes, waterfalls and canyons, some of which are integrated in the only National Park of Catalonia, Aigues Tortes i Lago San Mauricio. The capital of the province, the eponymous city of Lerida, is a monumental heritage of Romanesque, Gothic and Baroque temples Seu Velha of XIII century and the New Cathedral built in 1781. 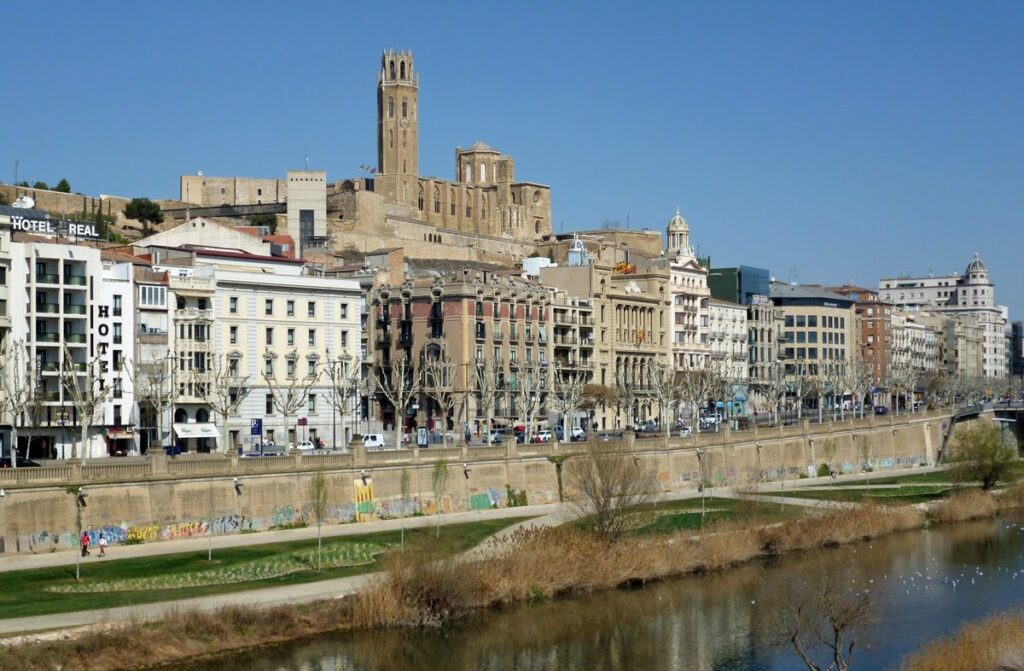 The cuisine of Catalonia, formed from a combination of the Mediterranean tradition described in documents dating back to the 15th century, and the products produced in the region, is a refined set of flavors that have earned recognition throughout the world . Classical Catalan dishes are the paella (Paella), cod with raisins (Bacalao con pasas), bread with tomatoes (Pa amb tomaquet) and some others, where the main ingredients are rice, seafood, meat, vegetables, accompanied by five basic sauces: aioli, romesco, picada, sanfayna and sofrito.