Using an outdated browser increases the risk of your computer being hacked. Update your browser!

Judging by these sculptures, the Finns have a lot of imagination, fantasy and sense of humor. In Suomi you can find many curious monuments: a sculpture of a pink creature with a pig’s head and a duck’s body or a monument to a seal and a rescue ram, and not only.

Monument to the Saimaa Seal

A kind of reminder of a simple thing: that you need to respect and protect the nature.

The monument to the national animal was created by sculptor Maini Pääläinen. The stone seal was installed in Lappeenranta in 1997 and is located right in the middle of Kauppakatu, one of the city’s pedestrian streets. Therefore, it is not difficult to find an interesting piece of architecture.

Remarkable and unusual is the fact that it seems to sunbathe in the sun, as if alive. If you look closely, you can see that the animal looks satisfied to such an extent that it seems that it is about to start humming with pleasure. Once there, do not forget to make a wish. Finns believe that to see a representative of this rare species of seals is a good luck. Even if in the form of an architectural monument.

The fountain was created in 1906. The creation and installation of the fountain provoked heated discussions. Not everyone was for such a candid performance. But the monument was still installed. True, it is worth noting that two years after its creation. And to this day there is a rumor that the mayor, who ordered the construction of the city symbol, was not happy with the excessively piquant appearance of the nymph. And from that “got” the sculptor. His fee was cut. He decided to take revenge and ordered to install the fountain with the fifth point to the administration.

The author of the sculpture is Ville Wallgren, a Finnish sculptor, who has long lived and worked in Paris. By the way, he created this work in France. Ville Wallgren depicted a sea maiden coming out on land. Havis Amanda is a kind of embodiment of the city of Helsinki. After all, this particular locality has long been known as the Daughter of the Baltic.

The uniqueness of this monument is not only in the fact that it was established by the highly revered composer. This master’s creation can also be listened to.

600 powerful metal pipes fused together, letting the wind through. It is believed that these sounds are reminiscent of the music of Jan Sibelius, and the unusual structure resembles an organ. And also here they make wishes by finding a certain pipe.

By the way, the huge bronze head of the composer with a mustache and hair is also located nearby. Near the monument there is a park with a nice lake and quacking ducks.

“The Maid of Imatra

A very unusual composition is located on the territory of the University of Turku and the adjacent student campus. It is a kind of hybrid of a marzipan pig (possu) and a rubber duck (ankka). This pink creature with the head of a pig and the body of a duck is called posannka in Finnish. And it looks pretty impressive and funny.

The unique policeman is located in Tapiola. In addition to having three hands, the traffic cop has three or four fingers on each of them.

By the way, he decorates the area adjacent to the gallery of contemporary art WeeGee. The WeeGee exhibition center is a kind of VDNKh in Moscow. It is probably the largest and most versatile cultural and museum exhibition complex, including five different museums.

In the gallery, next to which the three-armed employee is installed, most of the exhibits are to his liking. Almost all of them are epathetic and certainly unforgettable.

Black rams used to be raised in the fortress. Every year on St. Olaf’s Day, the lamb was sacrificed, but otherwise the life of the ram up to that point was pretty quiet. Now in Savonlinna you can hear the saying “live like a serf ram. It is from the fortress that this phrase has seeped “into the people.

But there is an interesting legend that glorifies the ram. If it is to be believed, the animal once saved the fortress from an attack by the Novgorodians. The garrison was almost on the verge of giving up – the Russians laid siege to the fortress. Then they remembered an old pagan tradition: to sacrifice a ram to St. Olaf to help the fortress resist the Novgorodians.

But the ram, as they say, “was not bad”: he immediately sensed the nearness of his fate, apparently. The animal ran away from the hangman and climbed the tower. There he began to bleat long and loudly, waving his horns. Russians decided that it was the handiwork of unclean forces, and quickly “folded.

Sculptor Anton Ravander-Rauas created the monument to the rescue ram. The creation was erected in Savonlinna in 1964, when the city celebrated its 325th anniversary.

For Mother’s Day 2010 in Finland, installed a very touching sculptural composition. It graces the Seaside Park of the Finnish capital, depicting a young woman in a lavish dress and elegant boots, with a child’s ball lying beside her. Her baby is supposedly playing nearby, and the expression on the mother’s face shows genuine excitement for her child. The sculpture was created by the young Finnish sculptor Pekka Julhä.

Monument to the Fox

The fox in a relaxed pose sits on a bench and seems to be watching the citizens walking by.

The fox himself is a figment of the imagination of the modern Finnish writer Marja-Leena Mikola. This cunning animal is a character in her book “Anni Manninen”. The book tells the story of a little girl Anni, who lives as if in two dimensions: one – the world of fairy tales and fantasy, the other – the life of modern Finland.

A curious structure, of course, always attracts interested glances. In the city there is probably not a person who would not take a picture with it, and nothing to say about the tourists: they also pay special attention to this monument.

Monument to the Good Barbara

The monument to Varvara Shantina, a simple seamstress in an officer’s home, was erected by the sculptor Veikko Haukkavaara in Hamina in 1972. This kind woman was honored to be immortalized in the memory of the city because of her big heart.

From 1920 to 1939 Varvara was considered their second mother by officer cadets. Varvara baked the simplest but very tasty buns from cheap flour and fritters (pieces of meat or fish fried in the dough) and then sold them to the cadets of the officers’ courses. The woman even followed them on maneuvers. The cadets shared their problems with her, and she never refused help or advice.

READ
Koh Samet Island, Thailand. When to go, where is it and what to see?

It is said that Varvara spent time “with her boys” from morning till night. The woman knew exactly the dates of graduation courses, locations of firing points. Varvara Shantina died in 1941. In gratitude for her buns and endless kindness, the officers raised funds and immortalized the memory of Varvara in a sculpture. 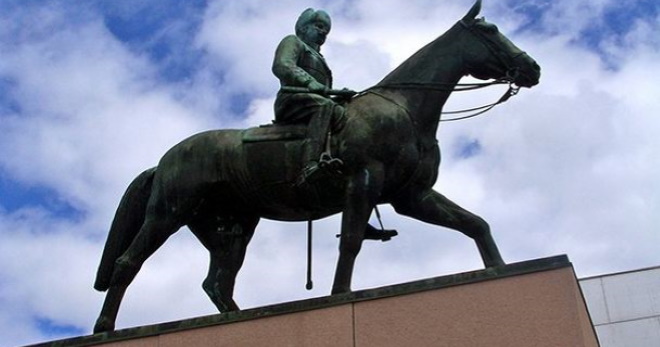 Finland is rich in monuments, both man-made and natural. They know how to protect their culture and history, with reverence for the natural treasures. Monuments of Finnish history and culture, better than any guide, tell about the complicated but rich history of the country.

Monuments to Finns who made their country famous can be found in Helsinki and other Finnish cities.

READ
Jamaica, the Island of the Sun: Attractions

After the end of the Finnish War, which locals call the Winter War, the borders of the country were moved, and the Finns began to urgently create a new line of fortifications to replace the Mannerheim Line, which ended up on Soviet territory. The new line was called the Salpa Line (the word “salpa” translates as “shutter”). Two thousand female volunteers of “Lotta Svärd” organization took part in its construction. There is a monument to the women of Lotta Svärd in Finland in Lapeenranta, which also has a small museum dedicated to their activities. Another has been erected in the city of Vaasa. 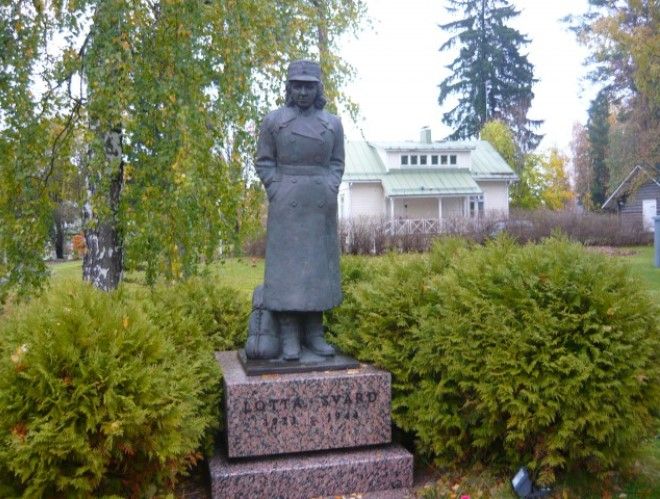 There are also other monuments to the Finnish warriors:

There are also monuments to Soviet fighters in Finland. For example, in Paloaho there is a monument to the men of the 9th Separate “Arkhangelsk” Ski Battalion, which died in the Winter War in February 1940. 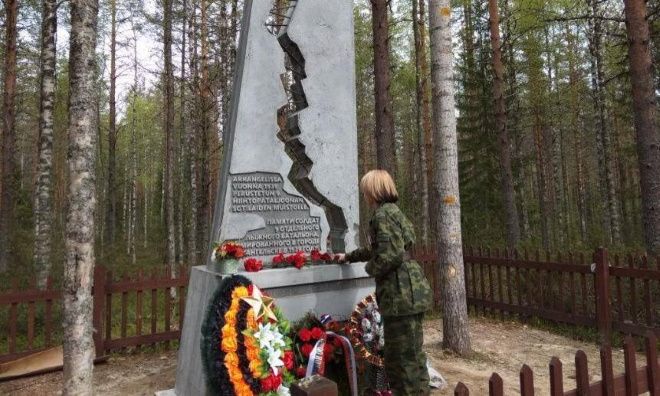 Finland became part of the Russian Empire in 1809 and became independent only at the end of 1917. Nevertheless, in spite of long years of striving for independence, Finns still treat this part of their history with respect, and no one has pulled down the monuments to the Russian tsars in Finland: the monument to Alexander 2 stands in the capital on Senate Square. It was erected in 1894 in gratitude for Alexander’s restoration of Finnish parliamentarianism.

There is also a monument to Alexander I in Finland, and even more than one: the first one is in Porvoo, in the cathedral, where in 1809 the king declared Finland’s autonomy within the Russian Empire; the second – a small bust – stands in the National Library, and the third was installed relatively recently, in 2012, in Turku.

Finns also remember the fighter against tsarism – and the man thanks to whom in 1917 the country gained its independence: a monument to Lenin in Finland is installed in the city of Kotka. It is a very original monument: usually the busts have no hands, but the bronze Lenin has one hand, on which he rests his chin. But that’s not the most interesting thing: in 1995 Polish sculptor Krzysztof Bednarski created a “missing” bronze hand with a cigarette clutched in it, and it was installed near the Lenin monument, so from a certain angle it seems that he has both hands. 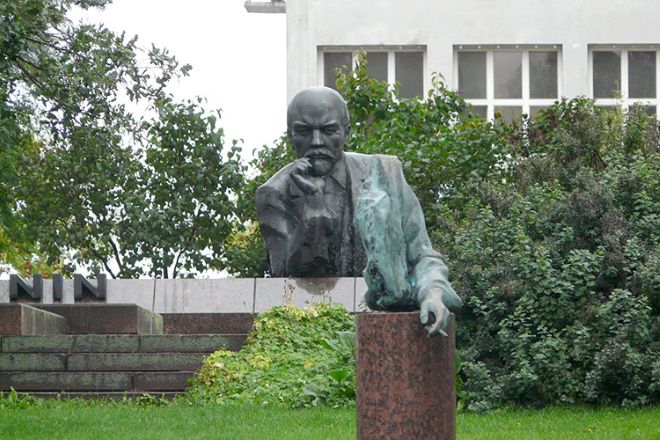 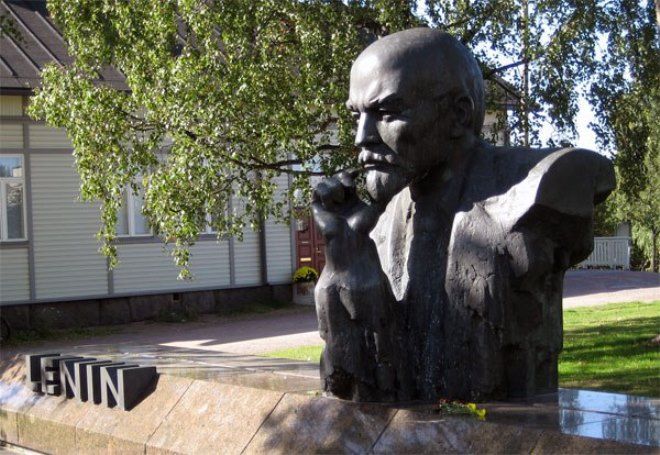 The country can also boast a significant number of original monuments. Here are just a few of them:

Natural Monuments of Finland deserves a separate mention. In 1992 the Ministry of the Environment selected 24 places intended to represent Finland visually, and included them in the list of National Scenery. There are several “industrial landscapes” and natural landscapes such as:

Finland’s natural features like waterfalls always surprise tourists. Who would have thought that in a country famous for its snowy expanses and wild forests, there are so many picturesque waterfalls! Each of them is remarkable either for its beauty or history. Here are the most interesting ones!

One of the amazing wonders of nature, an incredible sky show, which the Finns have long called “fox fire” is the famous northern lights. You can see it in the sky over Finland if you go there during a certain season. Find out when exactly!

Finland is different from its more southerly neighbors not only because of its cold winters and beautiful nature. Its architecture is also quite unusual and worth coming here and taking a look at. Our article tells about the traditions and origins of Finnish architecture and its present day.

Finland is a European country that is very comfortable to travel around. There are various types of transport, subway, railways and highways, airports and boat docks.