Hiking around Ilulissat in Greenland

Ilulissat in Greenland is completely unique for its location at the mouth of the Ilulissat Icefjord, a UNESCO World Heritage Site . Nowhere else in the world is it possible to wake up in a hotel, have breakfast, and then walk down to such a giant ice massif.

The combination of an ice sheet and a fast-moving glacier plunging into a fjord is a phenomenon found only in Greenland and Antarctica . More than 10% of all Greenland icebergs flow out of the Ilulissat Icefjord each year, producing more ice than any other glacier outside Antarctica.

The Jacobshavn Glacier flows out of the icefjord, which together with the icefjord sends 35 billion tons (46 km3) of icebergs annually to the surrounding Disko Bay. Hiking around Ilulissat in Greenland

Beyond the ice fjord, inland to the east, lies the enormous Greenland Ice Sheet (or ice cap). This huge body of ice covers 1,710,000 km2 (about 80%) of Greenland’s entire land surface.

This extraordinary wonder of nature can be accessed via several hiking trails. They are all easily reached on foot and run as close as possible to the icefjord, skirting the rocky shoreline.

There are four main hiking trails in Ilulissat, each showing a different side of the icefjord. They all converge at the Old Heliport, where there is an information stand and map. It is a 15-20 minute walk from the center of Ilulissat.

Sermermermiut was an Inuit settlement inhabited as early as 600 BC. It was abandoned in 1850, when the last remaining inhabitant moved to Ilulissat, then called Jacobshavn.

Today, the straight World Heritage Boardwalk to Sermermermiut is the easiest, fastest and most popular route to the icefjord. It is also the only trail that is wheelchair accessible. 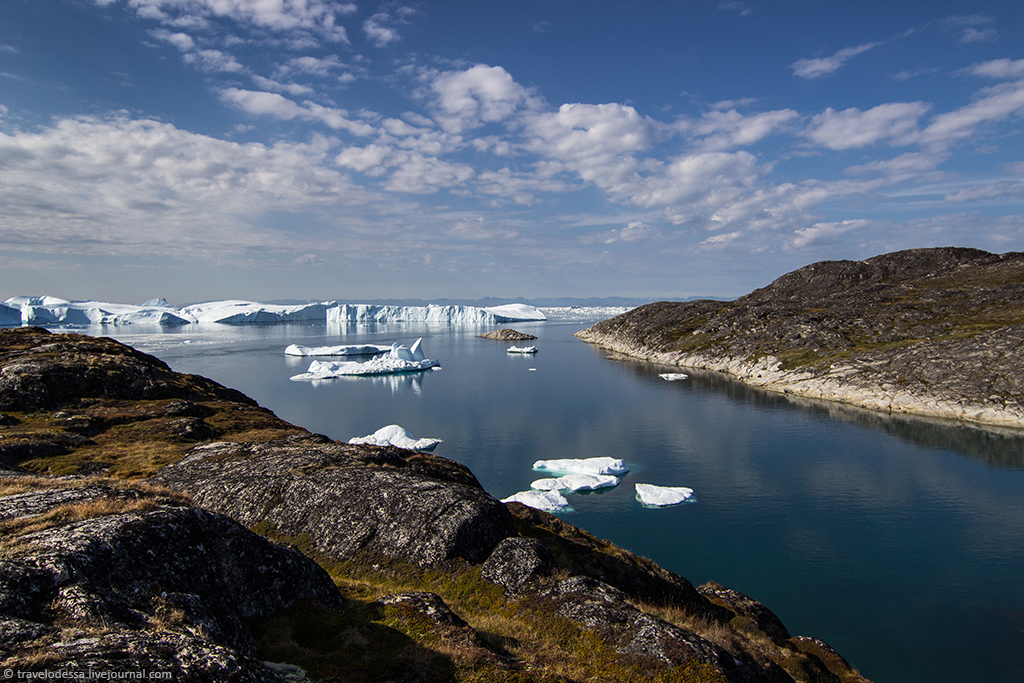 READ
The climate and nature of Cyprus. What makes tourists return here again and again?

The boardwalk runs around the ruins of Sermermermiut, where some remnants of the settlement can still be seen, to the excellent viewing platform at Nakkaavik.

Nakkaavik translates as “the place of the fall” – a place where the elderly villagers used to throw themselves off the cliff to make room for the younger members of the village in times of need.

From here, you can climb various cliffs and ledges to get a great view of the icy fjord.

The yellow trail offers elevated views of the bay and icefjord around Sermermermiut, as well as wider views of icebergs in Disko Bay. The trail climbs quickly from the Old Heliport, revealing dozens of gliding icebergs in the waters surrounding the town.

The trail follows the coastal cliffs, skirting them to the right. Down below is the main waterway that takes an astronomical tonnage of ice out to sea each year. That’s why it’s always dotted with icebergs.

The Blue Route combines the best of all hiking trails . It is better to walk this route in the opposite direction and start at the quarry rather than crossing the trails at the Old Helipad.

First, the trail winds its way through deep ravines with sheer cliffs on either side. As it climbs, a series of emerald mountain lakes opens up before the trail turns right. Here is a magnificent view of an icy fjord. 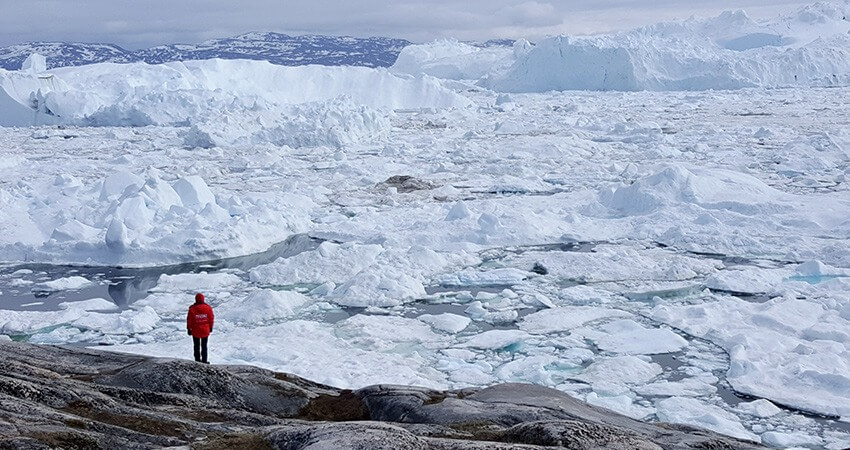 The trail reaches a small cove where the crowded ocean shore is littered with icebergs of all shapes and sizes.

From time to time, a sharp crackle can be heard from deep within the ice massif, and then the still waters begin to ripple with the force of the breakup.

The trail then climbs the rocks and heads along a ledge toward Sermermermiut, where it connects to a boardwalk leading to the old heliport.

The Red Route is nothing more than an alternative route back from the Blue Route, and it doesn’t offer much on its own. It is best taken in conjunction with other routes.

One advantage is that the route passes through a large area of sled dog kennels, which means you’ll see plenty of adorable hounds along the way.

Adult dogs should never be approached, and they are kept on a chain for good reason – they are service dogs. They are not always friendly to strangers . However, puppies are often off-leash, and there is little to stop them when they run up to walkers, tongues sticking out and all.

The best time to visit and hike around Ilulissat is from mid-June to mid-September , when the weather is best for whale watching, hiking, kayaking and watching the famous midnight sun.