Harbin: a fascinating history of a Chinese city with Russian roots

The capital of the Chinese province Heilongjiang, Harbin is located at a considerable distance from the Russian border. Despite this, the city is saturated with Russian spirit, and in its old part native motifs are recognizable literally at every step. This peculiarity is connected with the history of the city, which was founded by Russian builders. 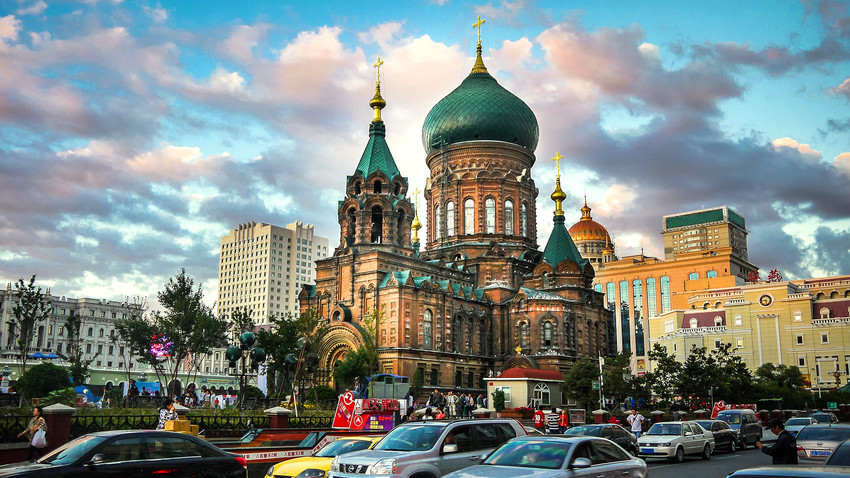 Russian city in the heart of China

Modern Harbin is a megalopolis with more than 12 million inhabitants. So it’s hard to believe that in the middle of the 19th century there was no city at all, and that along the Sungari River you could find only a handful of small settlements. 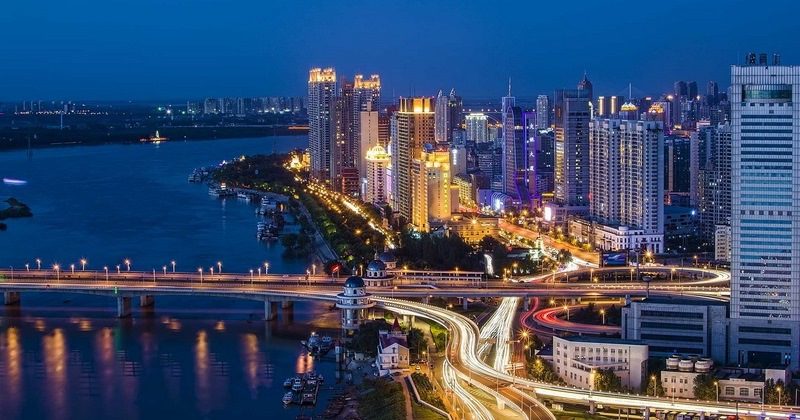 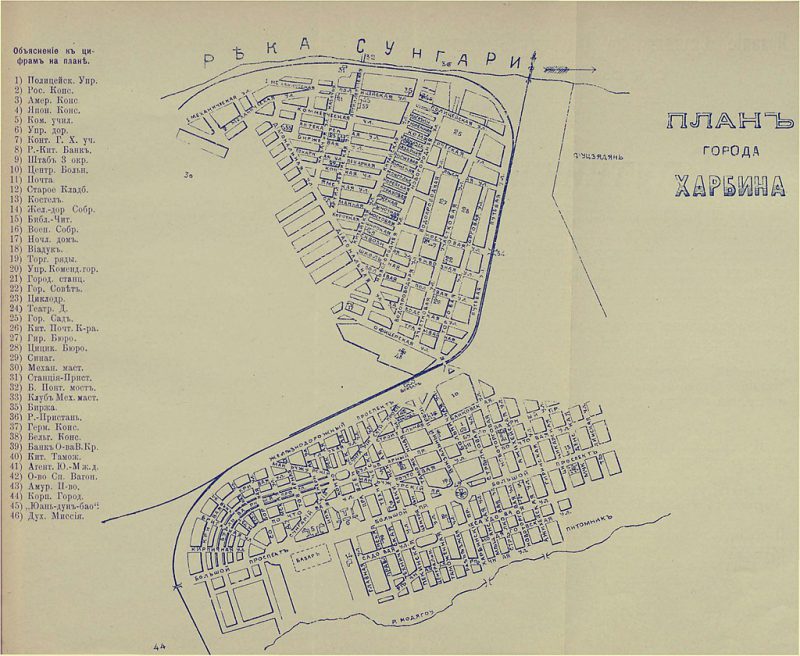 Nowadays, Russians are very rare in Harbin, but at the beginning of the twentieth century, the Russians made up the lion’s share of the population of this place. The founders of the city were the builders of the Chinese Eastern Railway, which was a large-scale project of Count Sergei Witte, Minister of Finance of the Russian Empire. 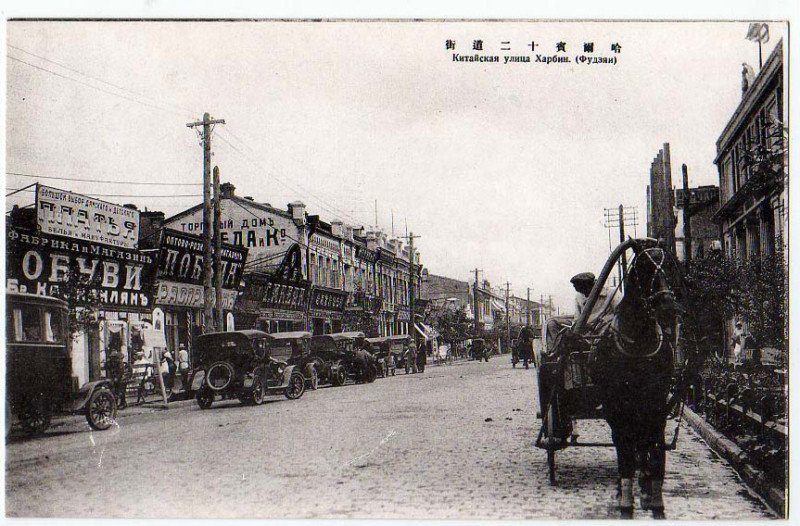 Harbin was to become a major hub on the route from Irkutsk to Vladivostok. After the railroad was built, the settlement began to grow rapidly and quickly gained city status. As of 1917, about 100,000 people lived in Harbin, 40,000 of whom were Russians. 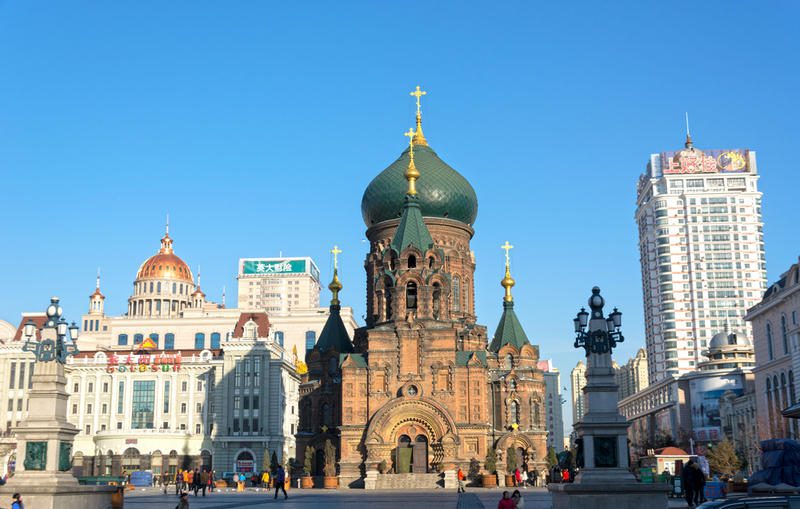 The city was built in accordance with the wishes of Count Witte, who wanted to make the Russian presence in the region as visible as possible. As a result, the center of Harbin was built up with buildings typical for the middle belt of Russia.

The beginning of the twentieth century is marked by a flourishing of anti-Semitism in Russia. Fleeing pogroms carried out by the Black Hundreds in cities and towns across the country as well as ultra-conservative imperial policies that restricted the rights of the Jewish people, thousands of Jews migrated to Harbin to begin a new, safe and happy life there. 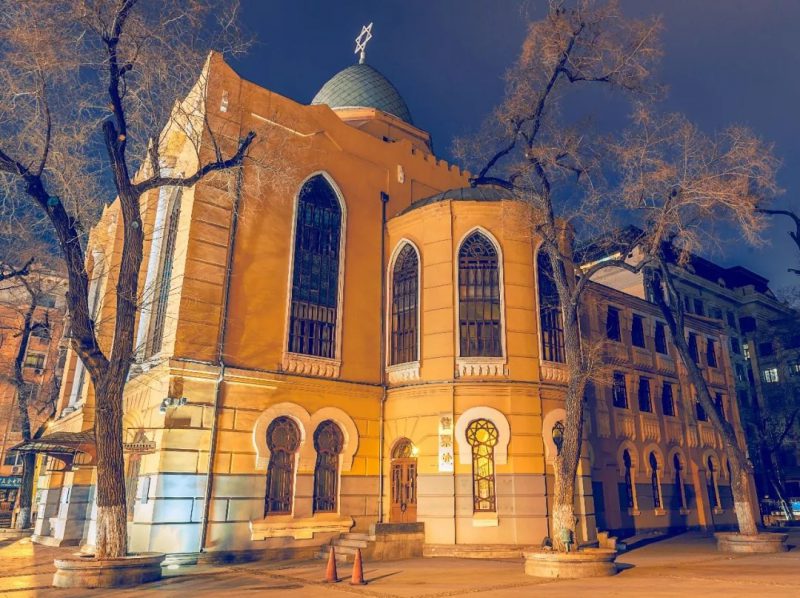 In 1913 the Jewish community in Harbin numbered 5,000, and by 1920 there were over 20,000 Jews in the city on the Sungari River. Nowadays there are very few Jews in the Chinese metropolis, but the two old synagogues and a large Jewish cemetery are a reminder of the Jewish population. 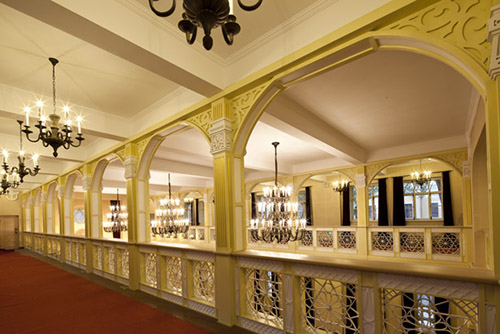 Although most of the white emigrants chose to live in Paris, Berlin, Prague, or Istanbul, there were those who wanted to settle in Harbin. After the revolutions that shook Russia in 1917, the Russian population of the city grew from 40,000 to 120,000. 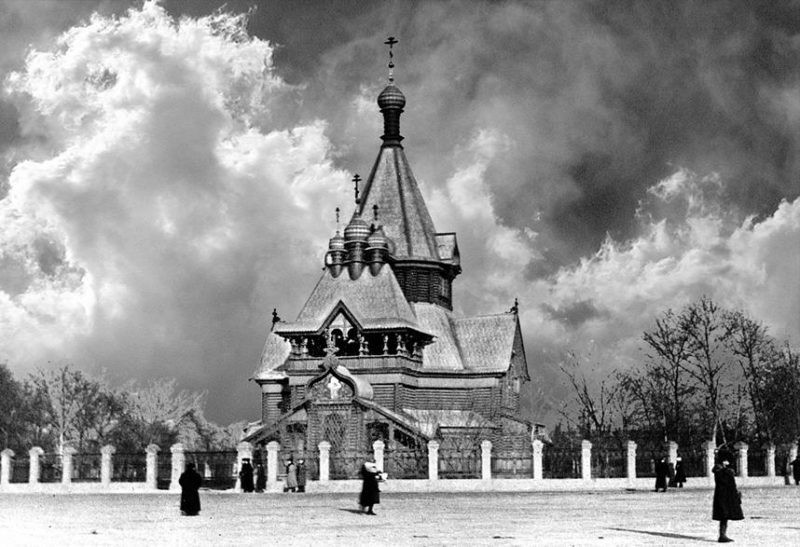 The Chinese authorities were tolerant of those who sought refuge from the “red terror”, and despite the fact that the emigrants did not have Chinese citizenship, the largest Russian community in Asia flourished. Russian schools, stores and restaurants opened in Harbin, Russian-language newspapers were published, and Orthodox churches operated. 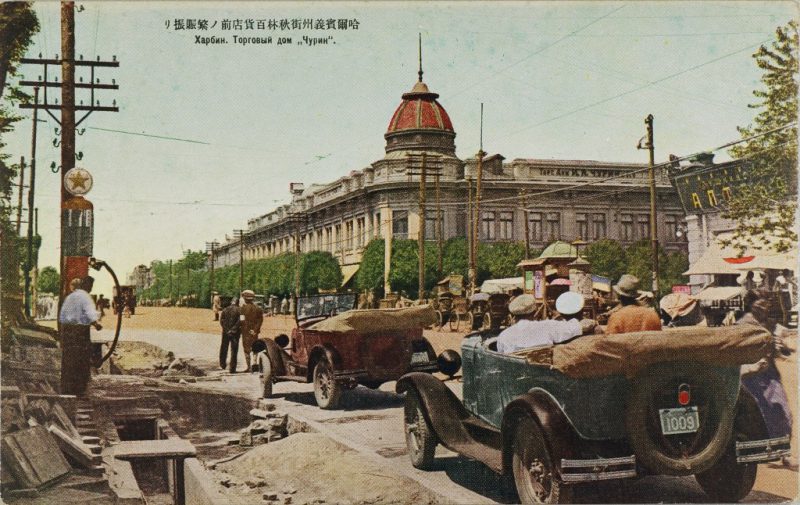 In the 1930s, when fascism was rearing its head in Europe, many Russian-speaking people in Harbin welcomed it, seeing in it an escape from the Bolsheviks and a chance to return home. The Russian Fascist Party formed in Harbin, led by Konstantin Rodzaevsky, allied itself with Imperial Japan, which sided with Nazi Germany and Fascist Italy. 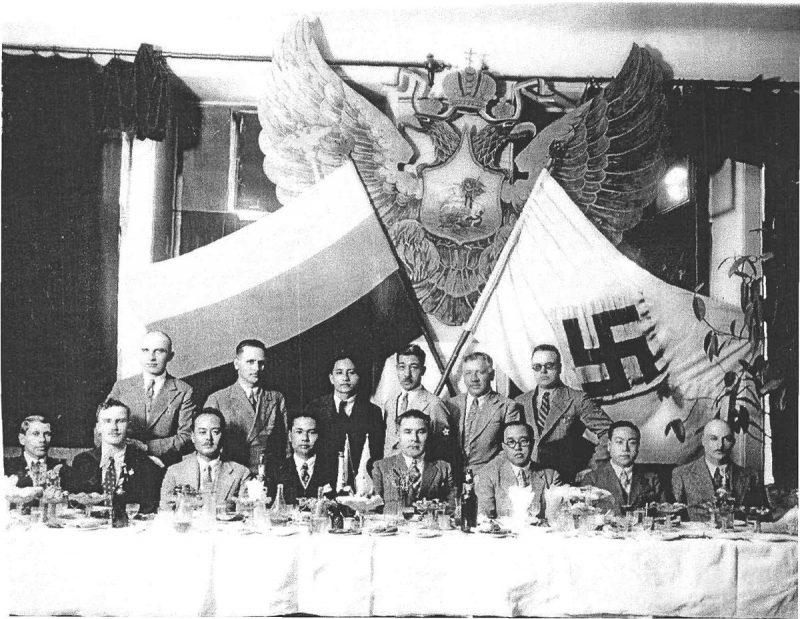 Rodzaevsky declared the elimination of the Jews, the strengthening of the influence of the Orthodox Church, and the introduction of a new corporatist economic system. When Manchuria was annexed by Japan in 1931, the persecution of Jews by members of the Russian Fascist Party reduced the Jewish population of Harbin from 13,000 to 5,000.

But the Russian diaspora did not know what misfortune had come to their homes with the Japanese Kwantung Army. “The General Directorate for Water Supply and Prevention of Kwantung Army Units” was the name given to the agency that gained power over Harbin and its environs. 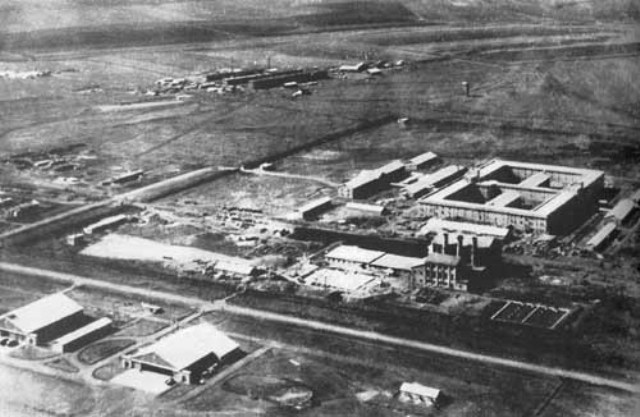 Soon there were buildings of the so-called Unit 731, 24 km from the city. It was a camp for prisoners of war and people not loyal to the Japanese government, which came to be known as a second Auschwitz. The camp was equipped with laboratories in which experiments on human beings were conducted. The Japanese conducted freezing experiments, performed autopsies on living human beings and injected test subjects with plague and cholera bacteria. About 30 percent of the prisoners in Unit 731 were Russian.

The Decline of Russian Harbin

In 1935 the Soviet government decided to sell the Chinese Eastern Railway to Japan. After that, most of the Russian-speaking population of Harbin decided to leave the city. Some even decided to return home – their fate was the most tragic. Virtually all of the “returnees” were repressed in 1936-1938 on charges of spying for Japan. 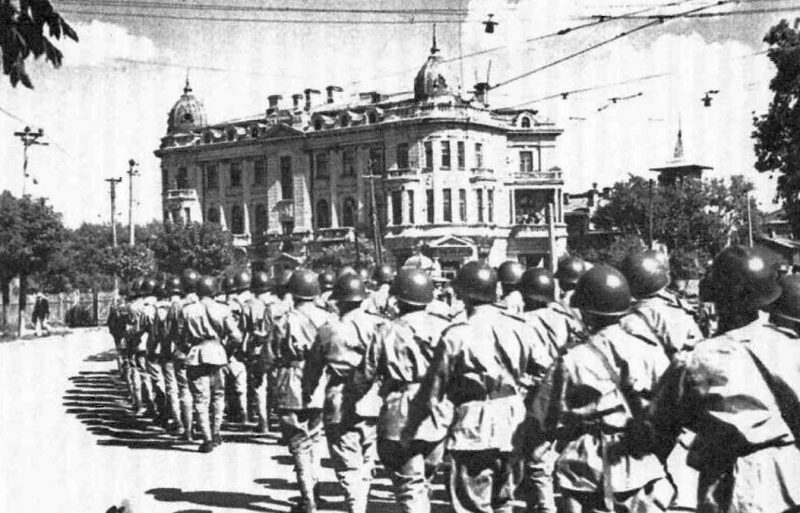 In 1945, when the Red Army entered the city, the situation of the Russians worsened considerably. Purges swept through the city, arresting members of the White Guard movement, their families, people who were members of the Nazi party, and local residents who collaborated with the occupying Japanese authorities. 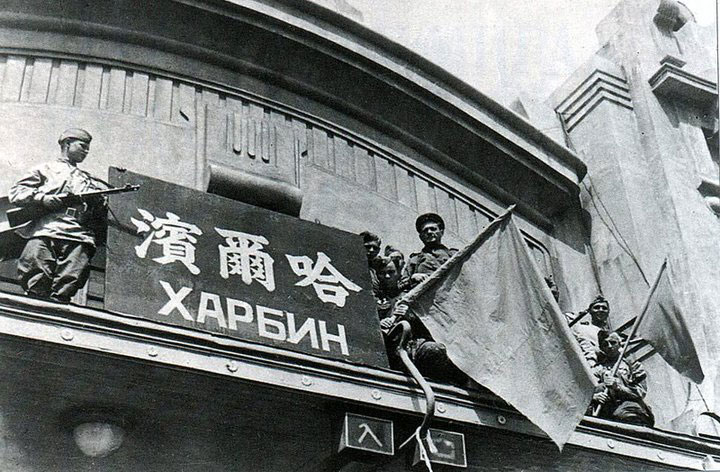 There were also those who did not want to stay on Chinese soil and preferred to return to Soviet Russia. As a result, the Russian population of the city shrank to an unprecedented size: the 1964 census counted only 450 inhabitants. 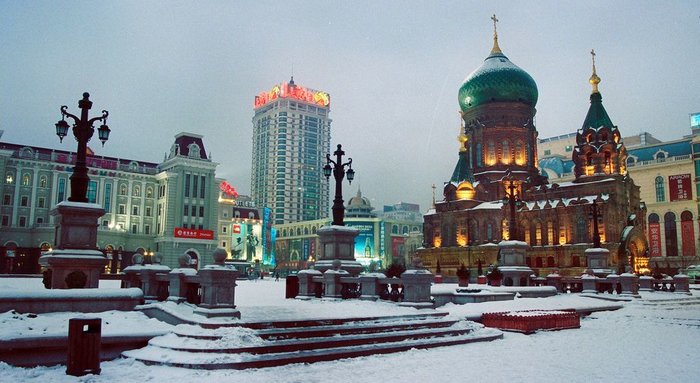 Despite the fact that Harbin has been developing and upsetting, its inhabitants cherish their city’s past. Architectural monuments from the time when the city was Russian are kept in excellent condition, and those in danger of demolition are listed by activists as significant historical monuments.

The indispensable attribute of the annual ice festival held in Harbin is the ice Kremlin, and those wishing to learn more about the life of the Russian diaspora in this part of China can be recommended an atmospheric restaurant “Lucia”.