Harat’s Irish Pub is a completely different place from the ones we are used to. There are no waiters, no service charges and no deposits. But there is a cozy atmosphere, interesting people and a wide range of delicious quality beer. 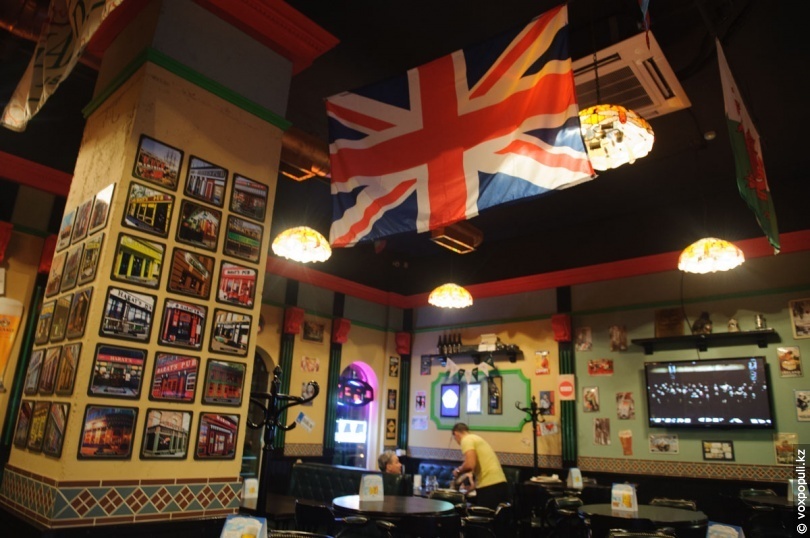 Harat’s is the world’s largest chain of Irish pubs, located in 46 cities of Russia and abroad. The chain started its history in 2009 in Irkutsk, and since then the number of pubs has been growing exponentially. Now there are already more than 80 establishments. In Almaty, Harat’s opened in February this year, and it became the 76th. 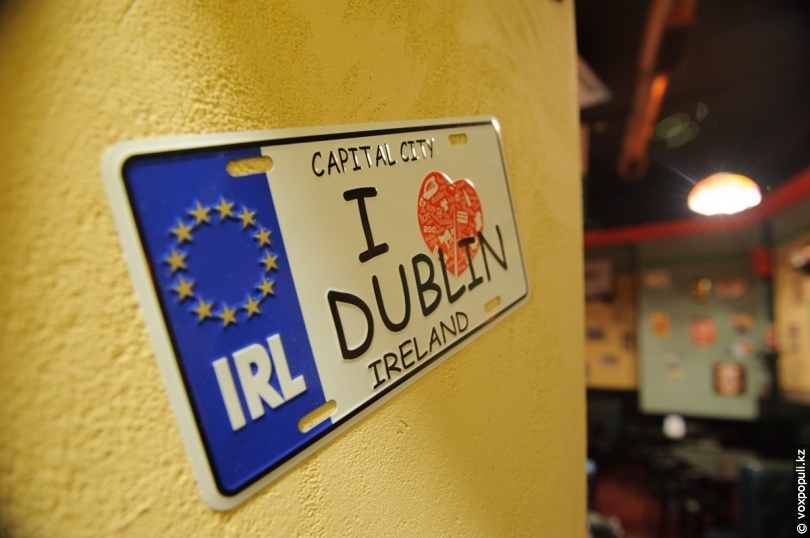 The idea to open such pubs has come to mind of the founder of the trademark Igor Kokourov. During his numerous trips to Europe, he was very fond of Irish pubs, and he decided to open a similar institution at home. Harat’s achievements are truly impressive. In 2015 the establishment was named the best HoReCa franchise by Forbes magazine, at the international marketing convention EWMS-2013 the chain was included in the top 10 best business solutions. In addition, the network Harat’s Pub became a full member of the World Pub Association of 122 countries and is its largest member. 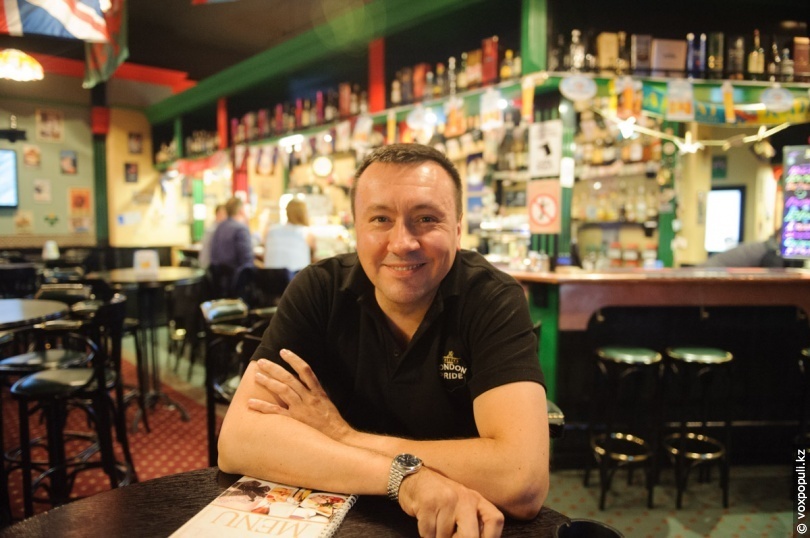 The owner of the franchise in Kazakhstan is Maxim Zhunusov. We asked him all the questions we were interested in.

VOX: Maxim, tell us, what are the features of a real Irish pub?

Maxim: A real Irish pub has three main pillars: a contact bar, a certain atmosphere and high quality beer. In other words, the emphasis on the bar and the concept of minimal service with a simple menu. 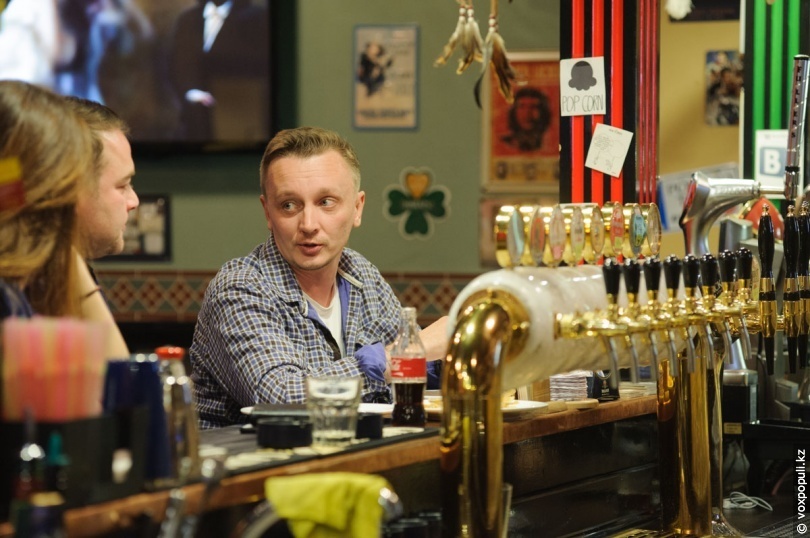 – Harat’s is the first real Irish pub in Kazakhstan, because we operate in the format I described above. We have no waiters at all, no deposits. We don’t charge interest on service. All orders are taken only at the bar counter, from there they are picked up by the customers themselves.

READ
Why it's worth coming to Marsa Alam, Egypt 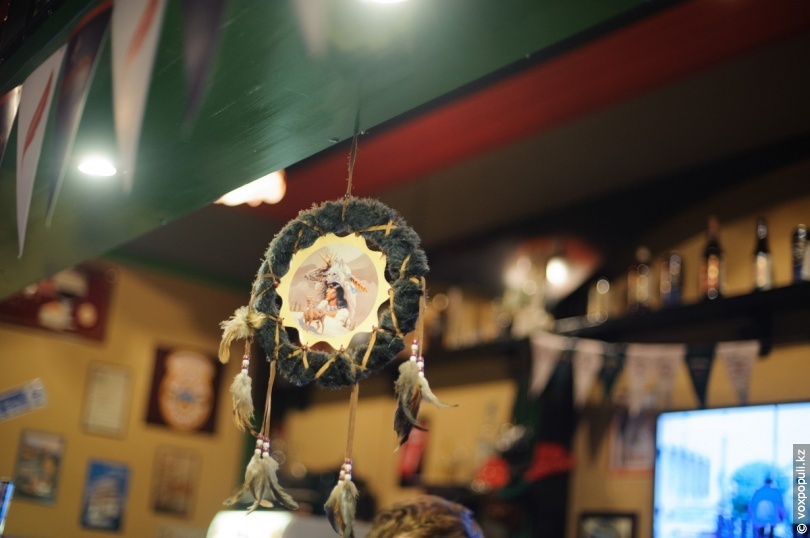 – Also we don’t have reserve tables. Everything is quite democratic. You come and choose any free space. 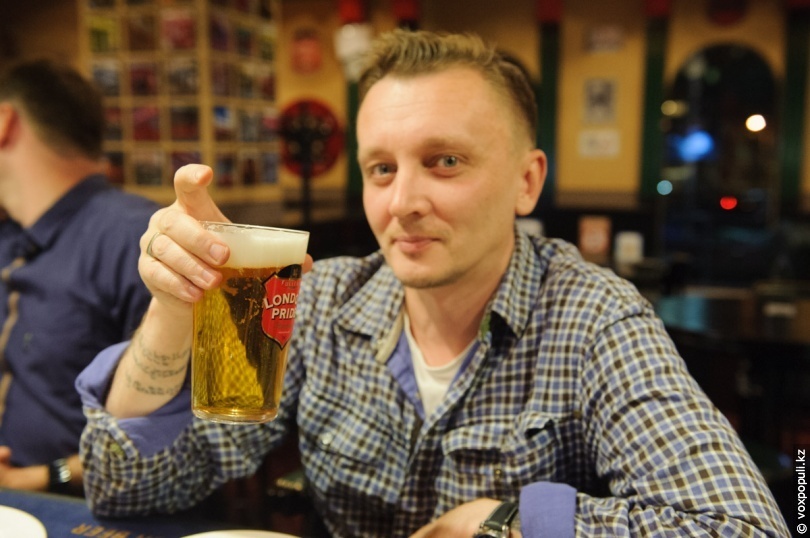 – We often have a group of friends on weekends, when it’s particularly crowded, send one person to come and get a table early. – As I said before, we have a minimum-service policy. And it doesn’t suit everyone, really. Some guests complain: “Why, if I came to rest, do I have to get up and serve myself?” But that’s our peculiarity. No one stands over your soul, no one imposes anything on you. You are free to come in, sit down, and rest as you want and need. It is this kind of unobtrusiveness and freedom that attracts our customers. 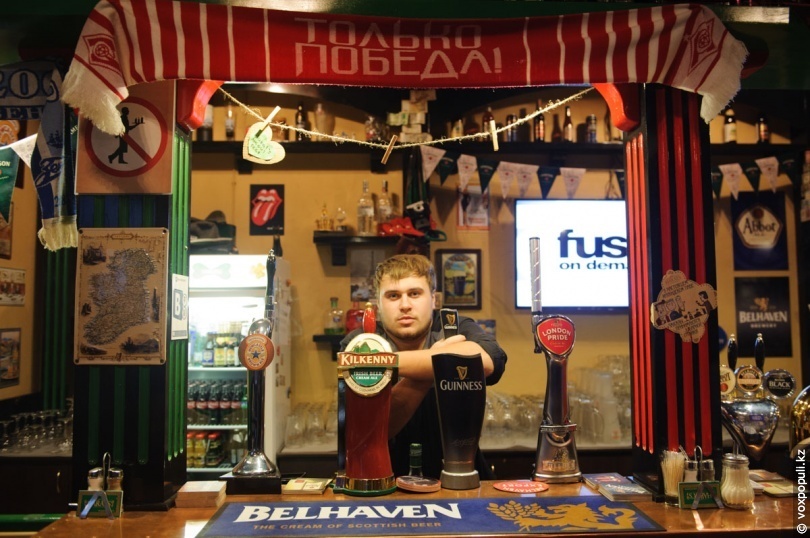 – A contact bar is, first and foremost, communication between the bartender and the customers. In general, the owner of our place is not the administrator or manager, but the bartender. – Our barmen undergo special training, certain training sessions. They guess the mood of the guests, put on certain music in a certain moment, start a conversation and listen or be silent at all if they see that the guest needs to be alone. Sometimes they come to us especially for them. They call in advance and ask, for example, whether Sergey or Dmitry is working today, and only then decide to come in. 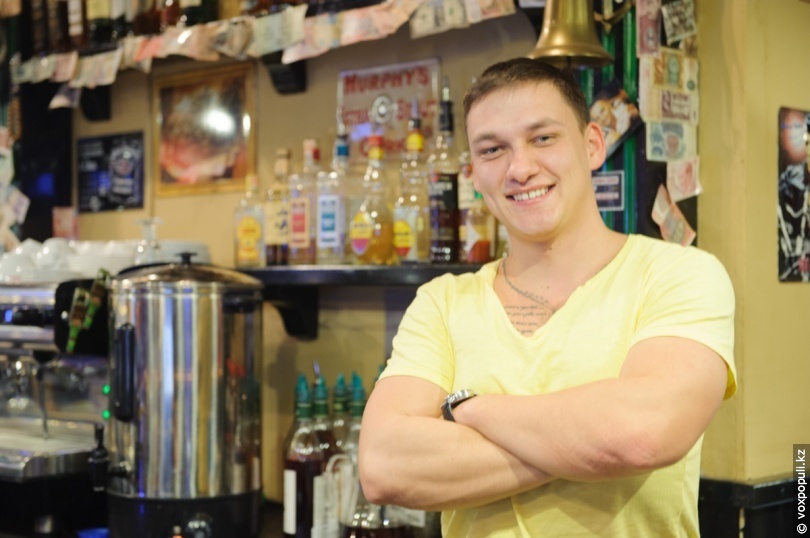 Sergey, a senior bartender at Harat’s, tells us about the features of his profession:

– I really love my job as a bartender because of the opportunity to talk to different people. A contact bar is always fun. That’s why people like to sit behind the bar, because communication and new friendships are guaranteed. 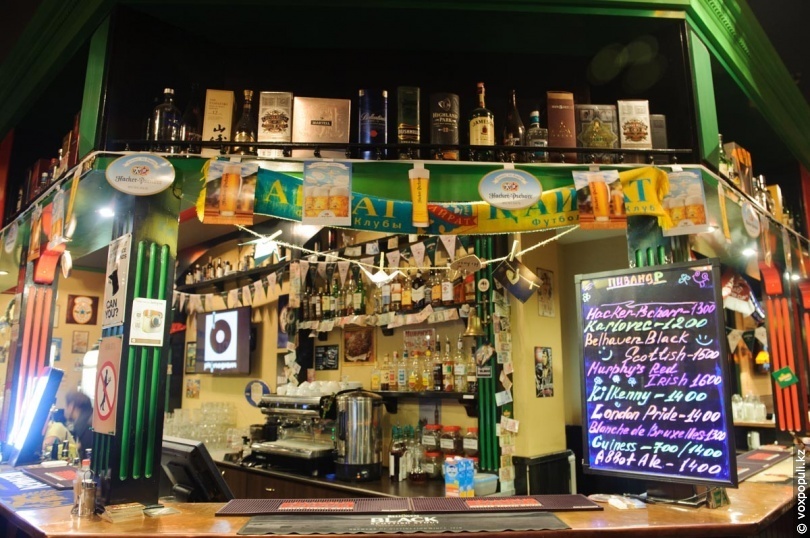 VOX: And what is the atmosphere in your pub?

Maxim: The atmosphere is complete freedom and coziness. We can do everything here except aggression – even dancing on the tables. Our slogan: “On the way home. And a lot of our guests consider Harat’s their second home and spend all their free time here. We don’t have a goal of keeping the whole city at our doorstep. We focus on our target audience. 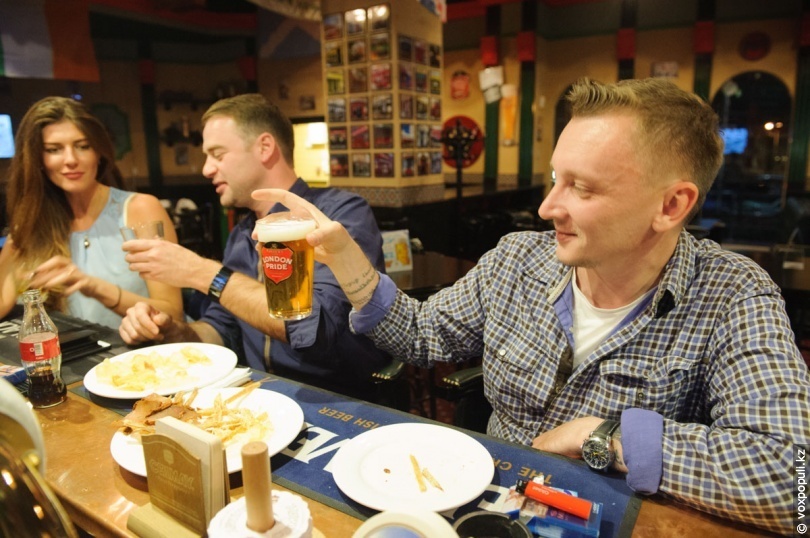 VOX: And what is it, your target audience?

Maxim: Our target audience is completely different. There are young people, hipsters, businessmen, government officials, ordinary workers, people of different social classes and ages and, most importantly, they find a common language and communicate with each other. Those who are used to luxury, as a rule, do not stay at Harat’s. That’s because we keep it simple and the customers are equal, there are no VIP tables and no special service. 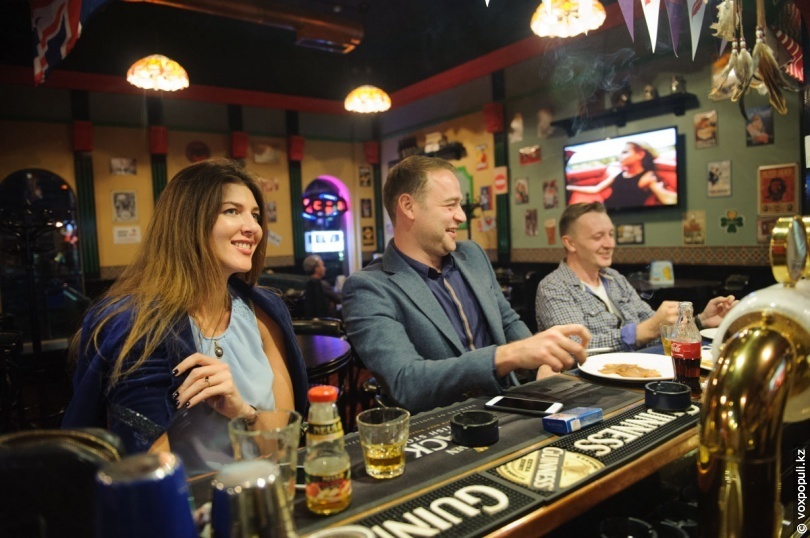 Mikhail and Olga are regulars at Harat’s. They met behind this very bar, and still continue to meet in their favorite place.

– I really enjoy being here. I feel comfortable and cozy here. I don’t know any other places in town and I come here only. – It’s a very friendly and atmospheric place. I rarely go to Almaty, but when I come here I come only here. I really like it here. It has a more European feel to it. 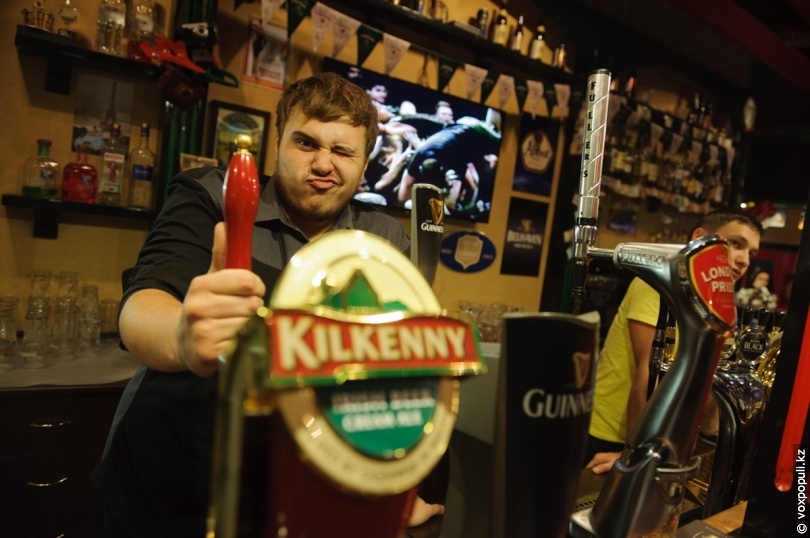 VOX: And what about your third “whale” – quality beer?

Maxim: We are proud of the wide range of our beer: you probably won’t find so many varieties like ours anywhere else in the city. We do not have local beer, everything is imported. They are Ireland, England, Scotland, Belgium, Germany, and the Czech Republic. And all of them are exclusively premium. These are world-renowned brands that, in addition to just bringing them in, have to be stored and served properly.

READ
Bali and Borneo - the amazing islands of Indonesia. 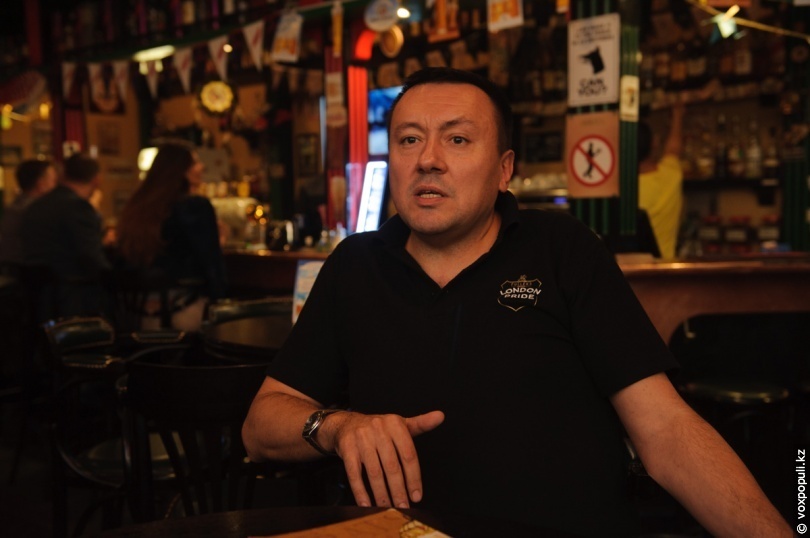 – We have a special room called the “keg room. That’s where we store our beer. “The keg room is basically a big refrigerator. Each beer, whether it’s an ale, stout or lager, filtered or unfiltered, is served in a certain ratio: either just on carbon dioxide or on a mixture of carbon dioxide and nitrogen. Most of the producers both in Russia and here in Kazakhstan serve beer already in the finished mixture at a certain pressure. 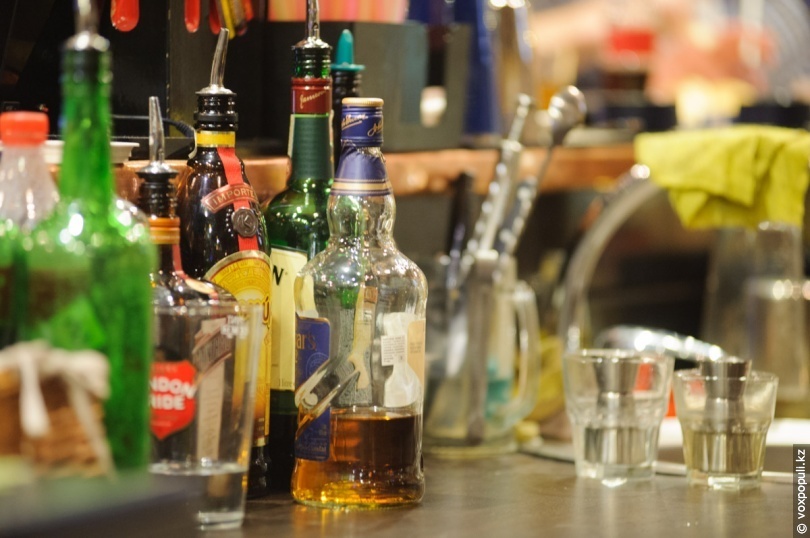 – At Harat’s we have our own technology, “know-how” of serving beer exactly in a certain mixture and proportion of carbon dioxide with nitrogen, using certain tools. When stored and served correctly, the taste of the beer takes on a special flavor. Maxim showed us his keg room, the “holy of holies,” as the pub workers call it. They have developed a whole system for serving and storing beer. Through pipes attached to the kegs, beer flows directly into the bar. These are not just pipes, but whole devices. The beer that runs through them, due to a special cooler always stays cool and fresh. If the beer runs out, the tubes are simply disconnected and attached to the next keg, making the bartender’s job much easier. 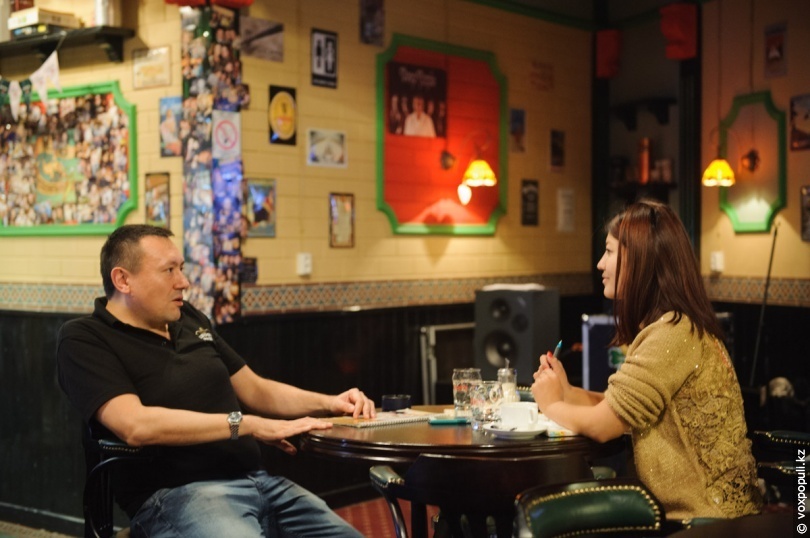 VOX: Does your place have a goal or mission?

Maxim: In terms of bar-restaurant industry our goal is to introduce people to the culture of drinking good quality alcohol. We also want our customers to take the burden of their problems off themselves when they come to us, to relax in a warm and friendly atmosphere, to relax and tune up for work. 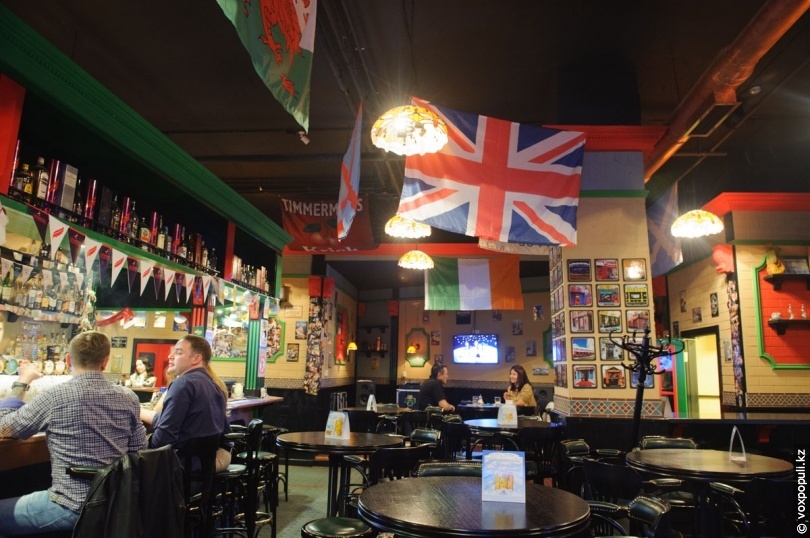 VOX: Tell us about your plans for the future.

Maxim: We have existed relatively recently, just under a year. When we opened, few believed that this culture of institutions will take root in our Kazakhstan, but it caught on. Moreover, it is demanded and popular. We are the first pub of this network that operates outside of Russia. And we have proved that it is quite a successful project. 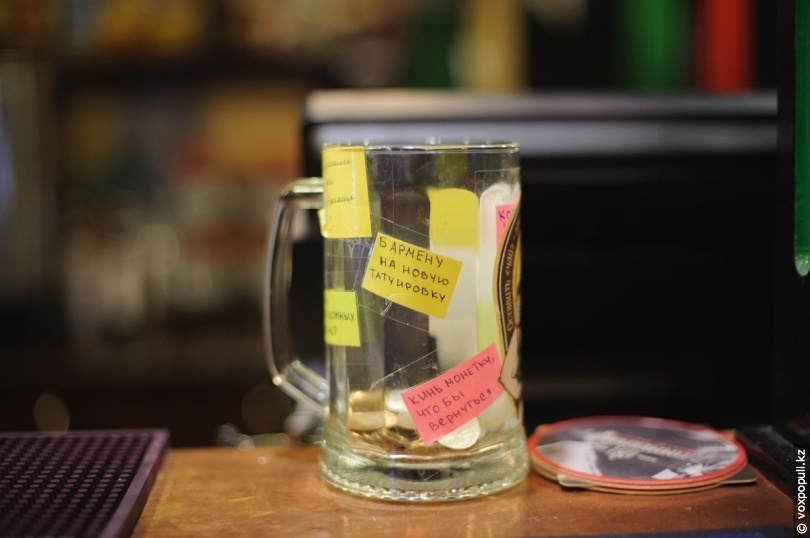 – Our Russian partners offered us the opportunity to spread the Harat’s franchise across Kazakhstan. So for all those who want to open similar establishments in any other cities in Kazakhstan, we will gladly help and work as a franchisor to organize new pubs in our country. 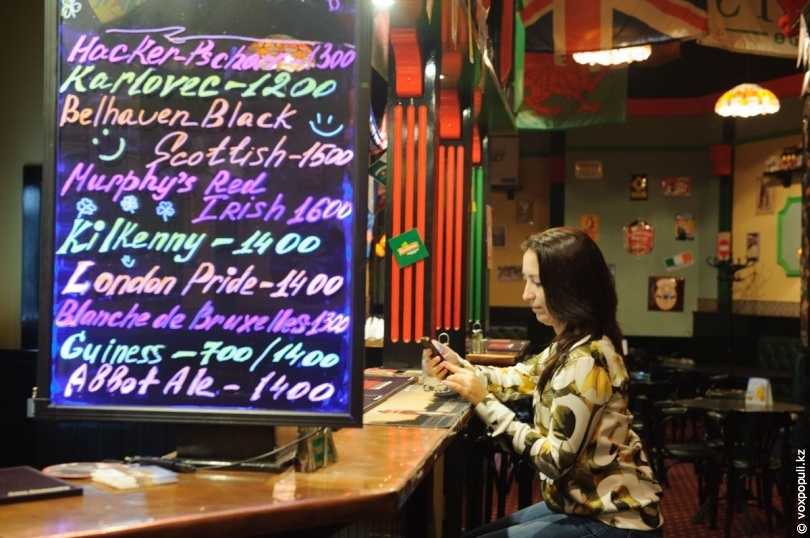 If you want to indulge yourself with quality beer and new friendships, Harat’s is the right place for you.