Hanoi is the capital of Vietnam. It is the cultural, economic and political center of the country. A trip to Hanoi, will fully tell the tourist what Vietnam is all about . Here the remnants of socialism are intertwined with Asian traditions, nature is adjacent to the urban environment, and the locals are very smiling and friendly.

Hanoi is located on the west bank of the Hongkha River, which flows into the South China Sea, also called the Red River. If you look at a map, you can see many blue spots around the city. These are lakes, which remained in the area, after the river changed its course.

Hanoi’s climate can not be fully described as favorable. Winters are very warm – the average temperature is +17 degrees, sometimes it drops below +10. At this time in the city is dry. Summer in Hanoi is very difficult, since this period is the rainy season. The high temperature, which averages 29 degrees, combines with high humidity. During the changing seasons (March-April and September-October) a monsoon climate reigns – strong winds blow, and the sun alternates with rain. November and March are the best times to visit, when the winds are less strong and winter does not dominate the region. 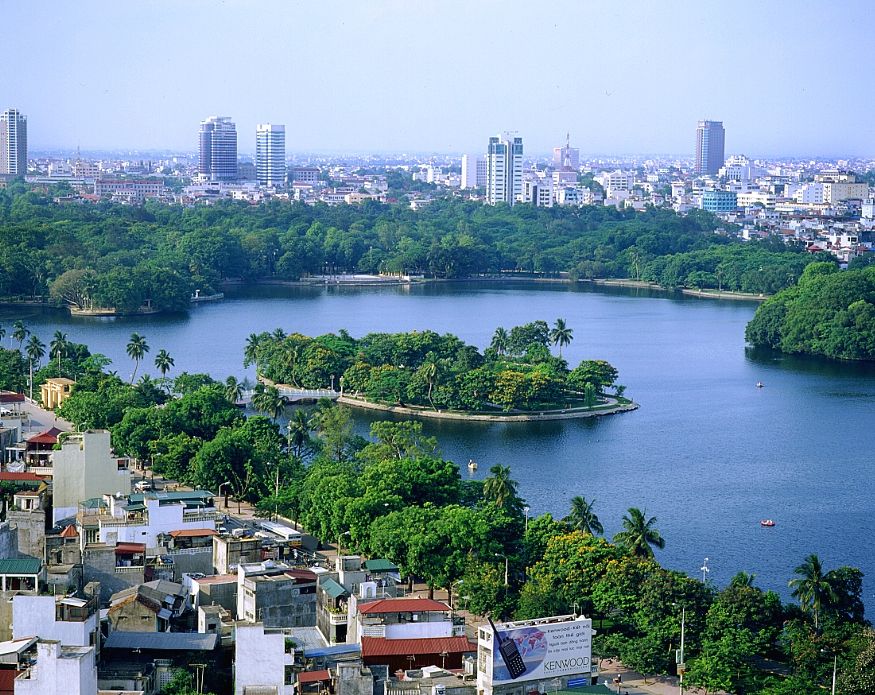 The oldest structure in the city is Koloa Fortress, which witnessed the birth of Hanoi. It was built before Christ, during the war between the two kingdoms. As a result of their last battle a new state Aulak, which rose at the head of Thuyk Phanu. It was he who gave the fortress the role of capital. Koloa lost its influence in a short time and was finally forgotten after the conquest of North Vietnam by the Chinese Han Empire.

In the 10th century AD the Vietnamese succeeded in achieving independence . Hanoi was then called Dalai. In the 11th century the capital of the new state was moved here. According to legend, this event was blessed by the appearance of the dragon, which came out of the Red River and rose into the sky. The king then decided to give the city a new name – Thanglong or Soaring Dragon.

READ
The 12 most beautiful ports of France

In the 14th century, the capital was moved to Thanh Hoa (Thaido), which was located in the western part of the country. Thanglong was called the eastern capital and became known as Dongdong. In the 15th century, it was conquered by the Chinese and called the Eastern Gate – Dongquan. Chinese domination did not last long. The locals, led by Le Lui, managed to liberate it and the whole of Vietnam from occupation. Once again the city changed its name and was renamed Dong Qinh. 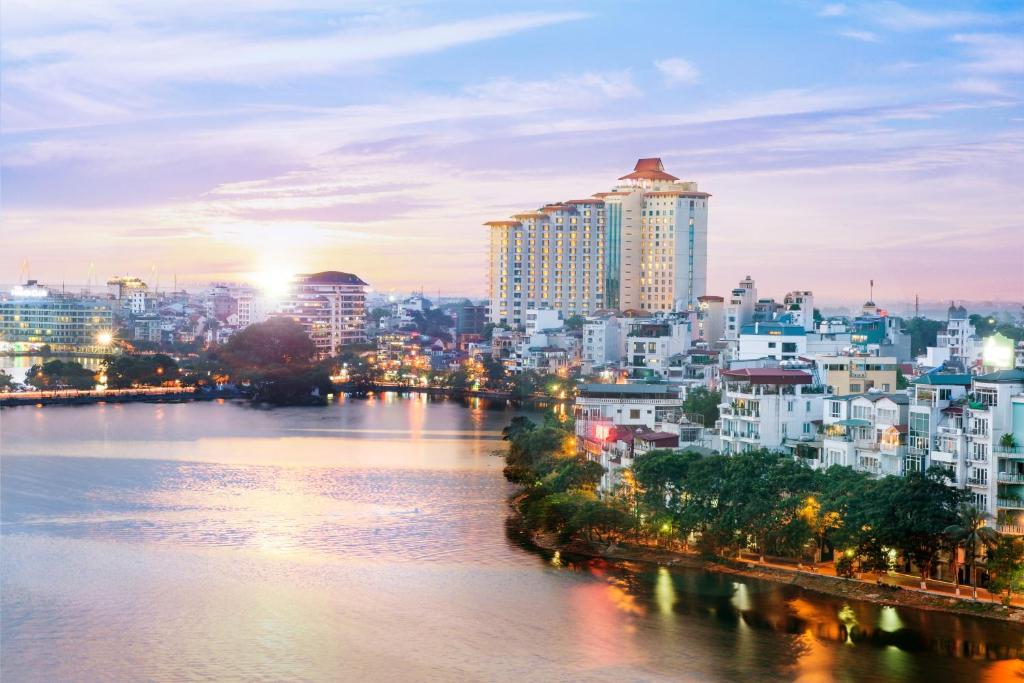 This is not the end of the endless history of renaming the city. In the 18th century, ruler Nguyen Hue gave the city the name Bac Thanh, which means “Northern stronghold. Then Zia Long, in the early 19th century, began naming the city Rise and Prosperity. And his son ordered that the city be named Surrounded by Rivers, that is, Hanoi. That name became the last one. Or maybe not…

North Vietnam and Hanoi have long been a French colony. Thanks to the French in the city began to develop infrastructure, changed the layout, there were new buildings. Independence the country gained only during the Second World War – September 2, 1945 After that event, the French troops staged a battle on the streets of Hanoi, which lasted until 1954, when the country was divided into two parts. The calm period in the country’s history was short-lived when the war with the United States began. U.S. soldiers mercilessly dropped missiles and deadly rains on Hanoi. Much of the city was destroyed. Started a major reconstruction and renovation of buildings. Today Hanoi is one of the main tourist centers of the country and attracts hundreds of thousands of tourists from around the world.

Hanoi has a lot of ancient cultural monuments and natural sights, which are definitely worth seeing.

READ
7 Craziest Restaurants from Around the World

1. the Lake of the Returned Sword . The lake is associated with the legend of Le Luo, who gave Hanoi its independence in the 15th century. The legend says that the golden tortoise living by the lake, gave him a sword that defeated the entire Chinese army. After the victory, the turtle dragged it to the bottom of the lake. 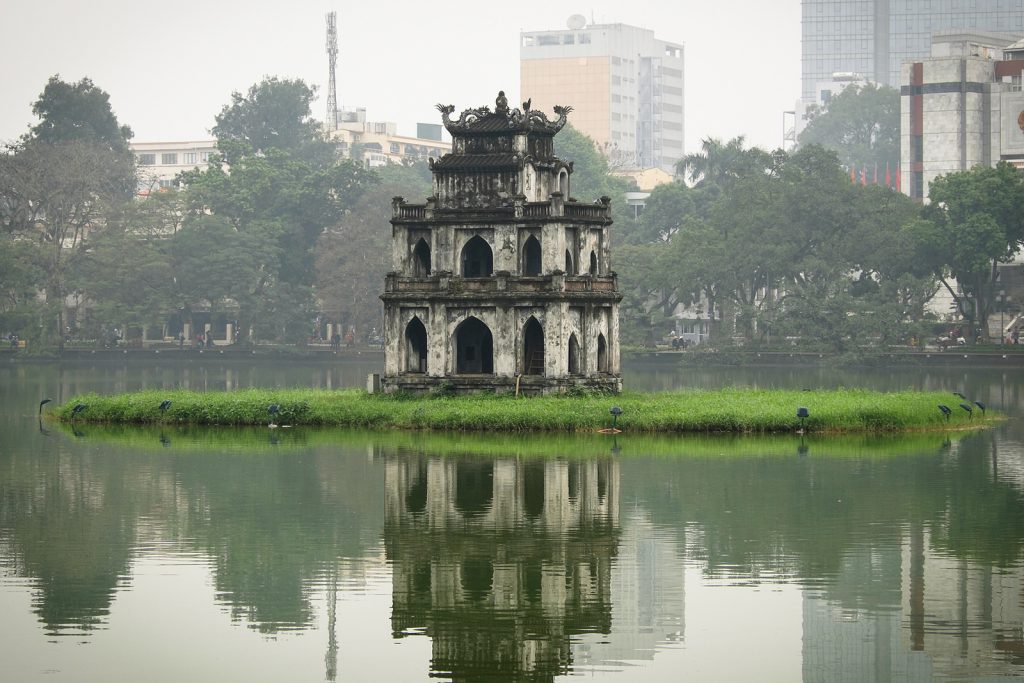 2. Ho Chi Minh Mausoleum . It is a structure similar to Lenin’s mausoleum in Moscow. Probably because it was built by architects from the USSR. It also houses a museum with items from Ho Chi Minh’s life. It is also worth coming to the mausoleum in the evening, when it is beautifully illuminated in red. The mausoleum complex is located in a botanical garden, so it is a great opportunity to see plants collected from all over Vietnam. 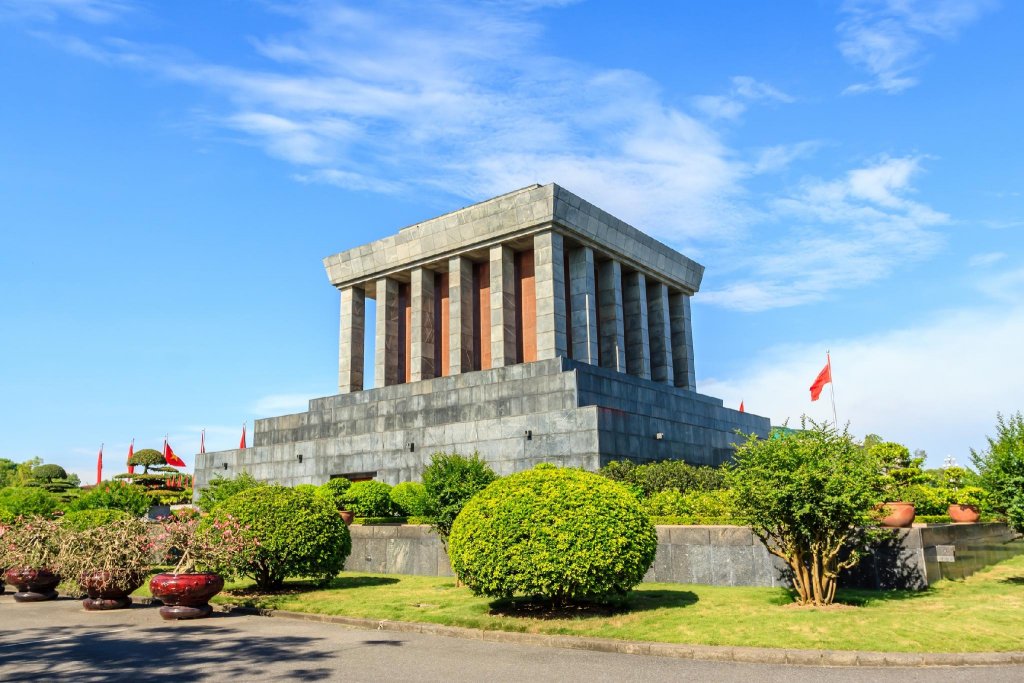 3. Puppet Theater on the water . It is one of the most visited places in Vietnam. The theater puts on performances about the history and culture of the Vietnamese people. You can visit the theater any day of the year. One performance lasts about 45 minutes and is accompanied by national songs and the playing of traditional musical instruments. 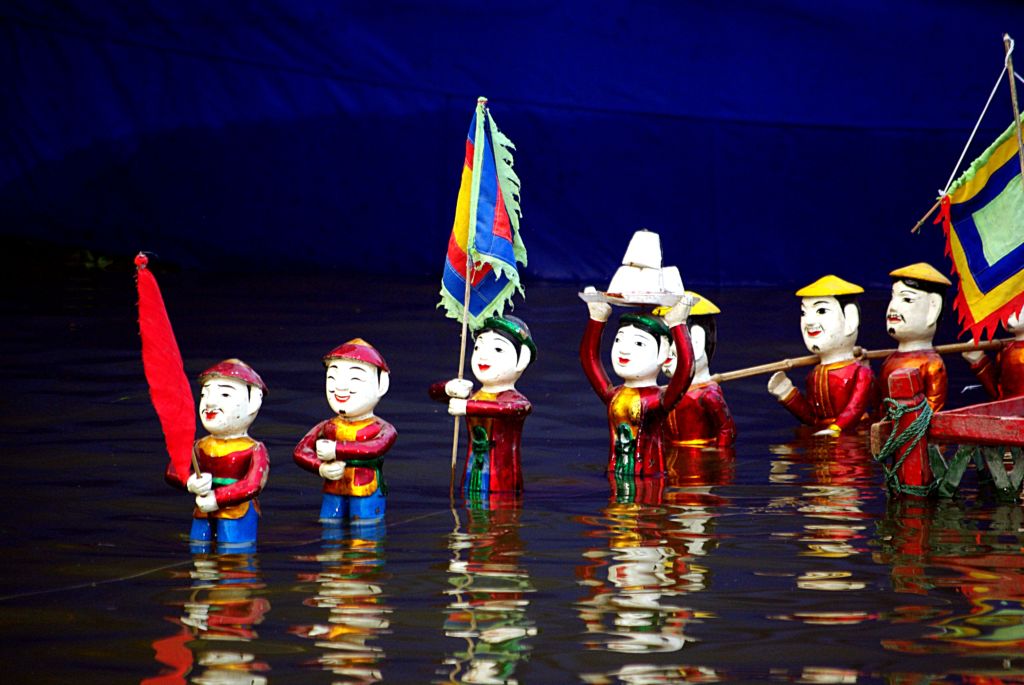 4. St. Joseph’s Cathedral . It was left to the city as a legacy of French domination. It is built in neo-Gothic style and looks rather gloomy both outside and inside. However, it has its own charm, which is enhanced in the evening when they turn on the lights. 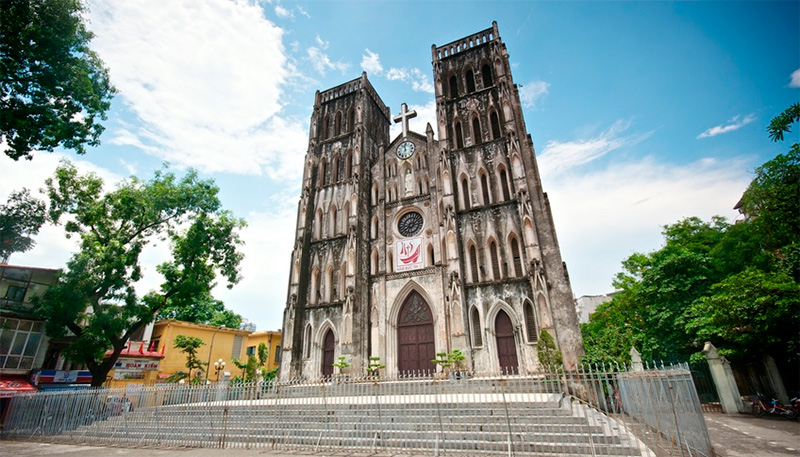 5. “36 Streets” . This is an ancient quarter, which consisted of 36 streets where artisans lived and worked. On one street they sold vegetables, on another – silk, on the third – shoes, etc. Today you can buy unique handmade souvenirs on them. 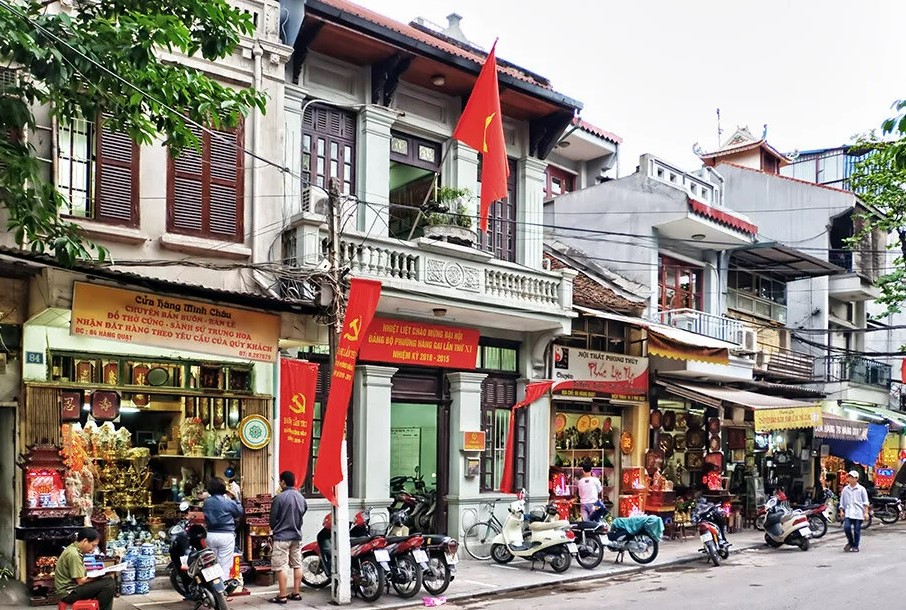 Vietnamese cuisine is its calling card . It has become very popular outside the country. But the best way to get acquainted with it here, in small street eateries or right in the markets.

READ
The 10 most beautiful places to visit in Croatia

The most famous dish of Vietnamese cuisine is Fo soup . It consists of noodles, beef or chicken, spices and herbs. Another traditional soup is Cha soup made of rice noodles, pork and a sauce of peppers, carrots and guava. 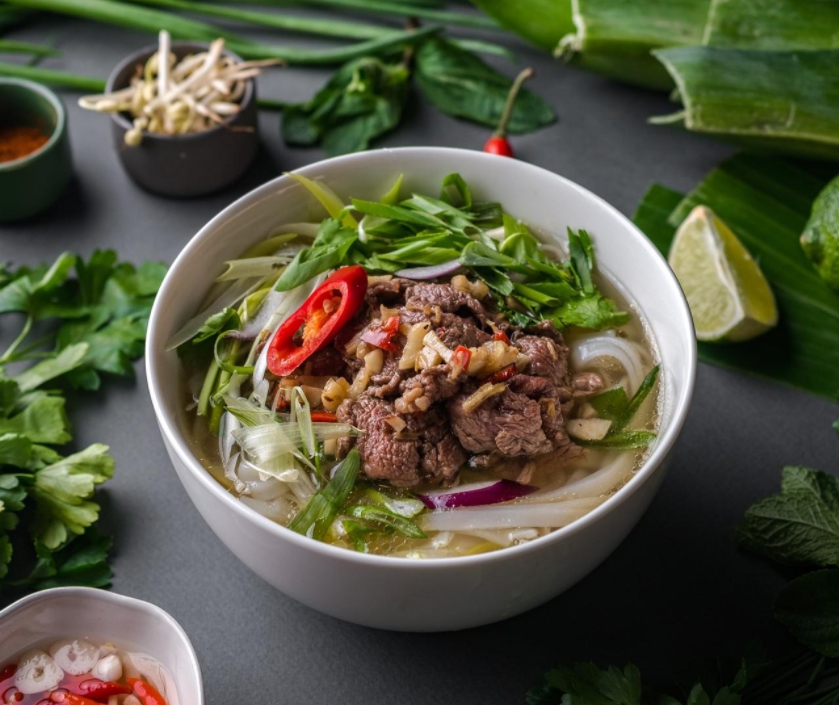 The fish in Hanoi is used to make Cha Ka La Vong . The fish is sliced, fried with spices and served with shrimp paste, green uk, garlic and lemon. 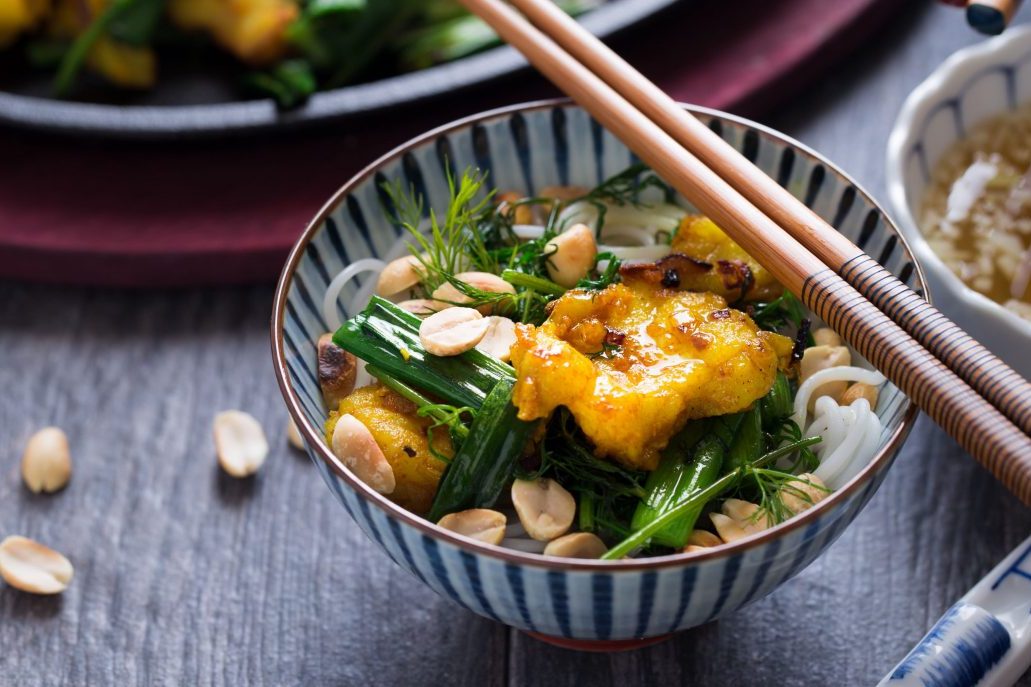 An original and interesting Hanoi dish is Ban Cuong rolls. They consist of mushrooms, pork and rice leaves. You can also try another type of rolls – Nem. They differ in that they are infused in a fish sauce. 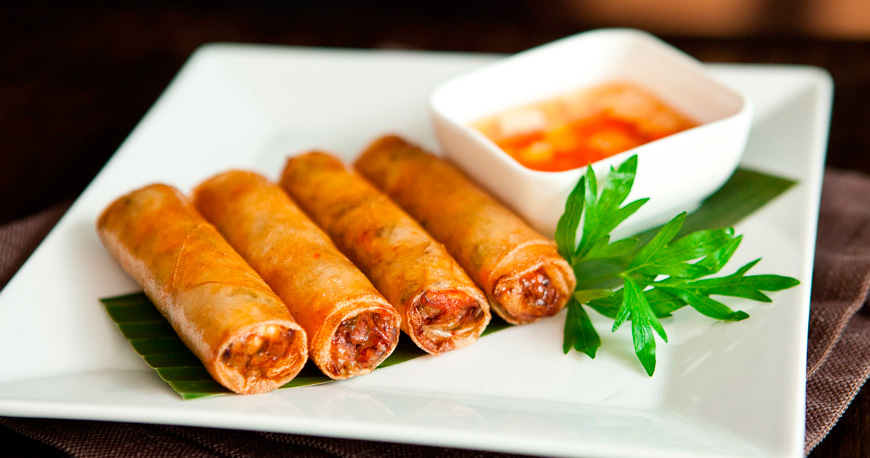 For dessert, restaurants serve sweet soup with coconut milk. They put fruit, tapioca, rice and jelly in it. In hot Hanoi, they love ice cream called Trang Tien Sort. Huge lines of children and adults line up for it.