Do you know where Guyana, the home of today’s Friday’s hero, is located? Okay, I’ll give you a hint: Guyana is in the northeastern part of South America, north of Brazil and east of Venezuela. It’s a small country; it used to be an English colony. And yes, rum has been made here since ancient times. That is what today’s story is about.

A little bit of history and theory

There is only one distillery in Guyana, on the banks of the Demerara River, called Demerara Distillers. El Dorado is its trademark, but Demerara Distillers also produces a large number of rums and spirits that are sold “in bulk” to major international liquor empires, including Diageo, Corby’s, Allied Distillers.

The history of Guyanese rum begins in the 1640s when Dutch settlers began growing sugar cane in Guyana. The first shipment of sugar went to Holland around 1661. But molasses was distilled somewhat later, thanks to British planters who “brought in” the distillation technology. By 1670, every farm that produced sugar had its own distillation cube. Guyana rum began to gain popularity.

That same year, 1670, a cooperative of sugar producing farms was created, and, as I understand it, that is where Demerara Distillers traces its history back to. But the international brand Demerara Rum appeared much later, at the end of the 19th century. In the 20th century many small distilleries began to unite. By 1998 the merger of small distilleries into a single company, Demerara Distillers, was completed.

Demerara Distillers has several remarkable and unique distillation stills; in total the distillery has 9 large stills. Production volumes are 26 million liters of spirits/rum per year. In terms of style, Demerara rums have a soft, sometimes even silky character, with plenty of sweet and spicy notes.

El Dorado line of rums was launched in 1992. It is quite extensive. The 12-year-old rum is a sort of medium, there are versions with more aging – 15 years and 21 years. They are even more interesting, but also, understandably, more expensive. El Dorado rums are highly appreciated by experts and are sold in many countries, including Russia. They’ve won a lot of awards at regional international exhibitions, including, for example, gold medals at the International Wine & Spirit Competition in 2008, 2009 and 2010 (and silver medals in 2005, 2006 and 2007).

READ
Ready skis in summer, but ski in winter - the best ski resorts in the world

El Dorado 12 years rum has a dark amber color with glints of mahogany. Its aroma is rich, deep, complex and pleasant, with notes of prunes, chocolate, vanilla, dates, brown sugar and candied nuts. The taste is sweet, bright, rich, quite soft, with notes of spices, caramel and dried fruits. The aftertaste is soft and long, but not very expressive. It has notes of caramel and spice.

In my opinion, the rum is excellent, with an excellent value for money.

Where to buy and how much it costs

Unfortunately, El Dorado rum can hardly be found in ordinary stores. However, it does come in Azbuka vkusa – at a price of 2,200 rubles for a bottle of 0.7 liters (12 years). In addition, this rum can be found in alkomarkets and specialized wine stores such as Aromatny Mir, Winestyle.ru, Cigarpro.ru, Alcomag.ru. There the 0,7-liter bottle of El Dorado 12 years costs 2500-2900 rubles.

It’s worth adding that El Dorado rums are on the cards in some bars. For example, they are available in the assortment of Free Bar (Moscow, Pokrovka Street 21-23/25, bldg. 1). One serving (40 ml) costs about 240 rubles.

El Dorado 12 years is best served as a digestif or independent of the meal. The recommended serving temperature is around 20 degrees. It’s better to use “tulip-shaped” cognac glasses, where the aroma develops fully. The standard volume of one serving of rum is 40-50 ml.

In addition, El Dorado 12 years can be used to make cocktails. For Cuba Libre (essentially rum with cola and lime), of course, it is better to take a simpler rum, and this option to leave for more complex and sophisticated cocktails such as Mai Tai. 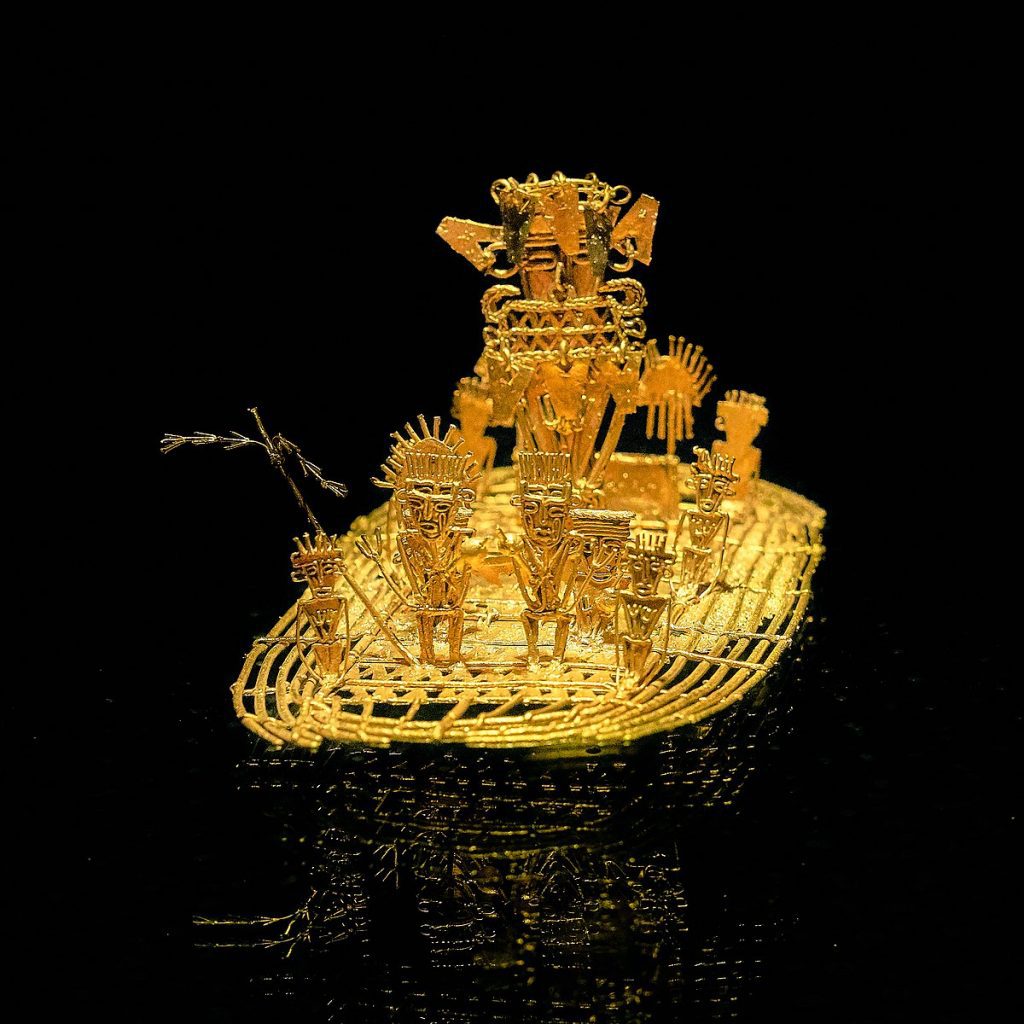 No brand in the world can boast that it has assembled a 350-year historical legacy of the entire country. The key that makes El Dorado (El Dorado) brand products unique.

Loading barrels of Roma barge along the Demerara River in Guyana.

As the heir to numerous former sugar plantations and distilleries in Guyana, Demerara Distillers boasts more than 350 years of rum-making tradition.

Guyana-a country with a tradition in rum production

In the mid-17th century, the first settlers discovered that the fertile soil of tropical Guyana was excellent for growing sugar cane, cotton and tobacco. The sugar produced in the region was of excellent quality, and hundreds of sugar plantations began to form throughout the colony. Extracted from molasses, a residual product of sugar production, rum soon began to be the second major product produced in the region. By about 1670, every sugar factory and plantation boasted its own small distillery for Rum. At the height of the sugar boom there were already 200 to 380 (according to different authors) distilleries in Guyana. During this period, the name “Demerara” became popular among connoisseurs of sweet crystals and rums at the same time.

After the cultivation of sugar beets, in temperate latitudes, the export of sugar, from sugar cane, to Europe gradually decreased. As a natural consequence of this, Guyana’s distilleries and other Caribbean countries (colonies) are declining. Over time, some of the plantations are more successful at the expense of others and prosper. In 1849. there are only 180 active sugar plantations in Guyana. At the beginning of the 20th century that number was reduced to 64. Consolidation continued, with only eleven sugar mills and four distilleries already in operation in the 1970s of the 20th century. By 2000, the consolidation process was complete, and only Diamond Diller, owned by Demerara Distillers, is in operation.

The legend of El Dorado tells of a local chief whose body was filled with gold dust.

The legend of El Dorado takes us back hundreds of years in time and tells of a local chief dressed in gold clothes and a body covered in gold dust. He lived in the Golden City known as Manoa, called El Dorado (literally Spanish for “golden”) by the Spaniards.

Following intense geographical research, treasure hunters believed they had found the true location of the infamous Golden City in the region of Rapunia, Guyana. This is pulling a gold rush all along the northern coast of South America.

As a solo player in the Demerara Rum market, the company produces and sells, mostly white rum in bulk for international companies that blend it and sell it under their own brands. “In 1976, Demerara Distillers decided to stock specially selected rums in oak barrels, with a tendency to create and market their own brand. At this point in the history of spirits, the concept of aged rum does not exist.

El Dorado 15 yo special reserve, the first product of the brand

Demerara Distillers was the first global Rum producer to market a premium mature product, and the 15-year-old El Dorado has become the world-renowned benchmark for aged Rums.

The El Dorado brand’s product portfolio contains some of the best rums in the world. For several years in a row they constantly earn gold medals at prestigious international forums, but the most important indicator of their quality is the recognition of rum lovers.

Technological nuances in the production of “Demerara rum”, of which El Dorado brand is a solo representative, are based on several key points: the quality of sugar cane in the region, unique wooden distillers of Guyana and the processes of ripening and blending. All of these we have paid special and quite detailed attention to, in articles about Guyanese Rum, which you can read at the links above.