Private museum collections are unfortunately rarely of great interest to tourists in Lisbon, but this is not the case with the Calouste Gulbenkian collection. This museum can be rightly called a true gift for travelers.

The number of exhibits is much higher than in similar state museum complexes. The list of names on display here is astounding. The collection even boasts the presence of several world heritage objects from the Hermitage.

In the 20th century, a large number of people with a passion for collecting appeared in the world. And Galouste Gulbenkian was just such a person. He was born in Turkey and his family was of Armenian origin. The collector spent almost all his conscious life in England and France. He spent his last days in Lisbon and died there in 1955. He gained enormous fame as an influential oil magnate who contributed greatly to the development of the oil industry.

Collecting was one of his main hobbies. It should be noted that he ended his busy life in the status of a billionaire, so we can assume how impressive his collection is. Gulbenkian was a prudent man. During his lifetime, on his initiative, a unique fund was created, to which the entire collection of cultural values was bequeathed. In memory of its founder the foundation created a museum complex, which successfully functions today.

The Gulbenkian Museum is divided into several thematic expositions. The first one consists of ancient monuments of art from Egypt, Greece, Mesopotamia and Persia. Here the eyes of travelers in great abundance appear Greek vases, tombs of Egyptian pharaohs, the magnificent beauty of Persian jewelry and much more.

The second exhibition tells about different periods of formation and development of European art. This collection contains a great number of paintings, sculptures, decorations, etc. Here one can find both ancient and modern masterpieces of world heritage. The time range is very wide (from 11 to 20 centuries).

A separate hall is given for a luxurious library, where rare books from all over the world are collected. The section with manuscripts is especially fascinating.

But, of course, the lion’s share of collection is made up of painting masterpieces. Here you can admire the paintings of Rubens and Rembrandt, Turner canvases, study the peculiarities of the Impressionist trend headed by Renoir and Claude Monet.

The museum collection is famous for antique furnishings, mostly from France. Visitors are also struck by the display of gold and silver objects. Here you can find jewelry, valuable household items, and decorative elements… All in all, there is a lot to see and admire.

The founder of the museum paid great attention to the Armenian and Near Eastern art, and a part of the exposition is devoted to it. Most of the exhibits date back to the Middle Ages, which is very rare.

Gulbenkian’s conscious years came in the Art Deco period. Therefore, it is not surprising that the museum has many objects in this style. There are works by jewelers and a collection of glass. The hall devoted to Lalique works is especially interesting.

There is also a piece of Russia – there are exhibits from the Hermitage. They came here during the reign of Stalin. The government decided to sell them to fill the country’s coffers.

And this is not all what is rich in Calouste Gulbenkian’s museum. It should be noted that all exhibits are in almost perfect condition. The collector paid little attention to various fragments and debris. He tried to buy “only the best” – that was his motto.

The museum complex often hosts outside exhibitions. The world’s best galleries bring their works here, so every exhibition is a real treasure. For example, masterpieces by El Greco or Degas are often shown here.

The Calouste Gulbenkian Museum is one of the greatest not only in the Portuguese capital, but in the entire state, and maybe in the whole world. Such a private museum complex is a huge rarity, and it is worth the attention and admiration it deserves. 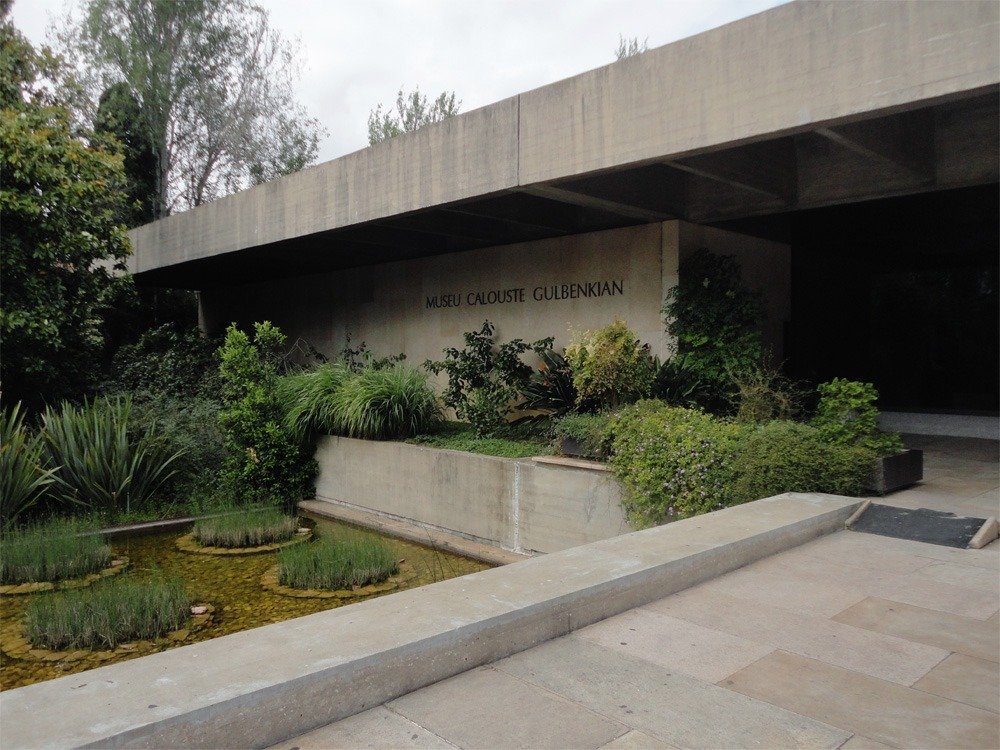 The history of this museum is unique. Galouste Gulbenkian, an Armenian born in Turkey, gave an invaluable collection of works of art from Europe, Asia and Africa to the Portuguese capital. The Gulbenkian Museum in Lisbon is a matter of pride for the Portuguese, and for tourists it is an obligatory point of introduction to the city and the country.

One only has to read the list of names of the artists whose works are on display in the museum halls to understand how luxurious the exhibits are. And in fact besides paintings in the museum of Gulbenkian in Lisbon a huge number of decorative objects, sculptures, ancient monuments from Egypt, Persia, Greece, antique furniture from France, the rarest antique books are exhibited as well. The museum complex with dignity is included in the list of the most famous and richest in the collections of the world museums. This monument is a copy of the Gulbenkian photograph from Egypt. Photo by Sheila Thomson

Portugal received one of its most valuable collections of art and antiquities from a man who was born thousands of miles away. And he was not even Portuguese by nationality. Galouste Gulbenkian was born in Turkey, his parents are of Armenian descent. But he spent most of his life in Europe, in the most beautiful and romantic cities – Paris and London. He came to Portugal at the end of his life, and the country immediately became native to him. So much so that he decided to leave his great private collection of works of art and antiquities in Lisbon.

Galouste Gulbenkian was a wealthy industrial magnate, and like many members of his milieu, was a collector. His main rule as a collector was to “collect only the best and most valuable”. Thanks to this rule, his collection became so luxurious. At the end of his life, the oil tycoon created a special fund, and left the collected valuables to it. The management of the fund decided not to hide the collection, but to create Galust Gulbenkian Museum. The collector dreamed of uniting his accumulated treasures under one roof and making them available for everyone who appreciates art and beauty. Such a museum complex not only exhibits the collection, but also constantly organizes exhibitions of world artists and sculptors. Quickly the art museum has become one of the main cultural centers of both Lisbon and Portugal.

READ
Lebanon sights. What is worth seeing and tasting during your trip?

Structure of the Gulbenkian Museum 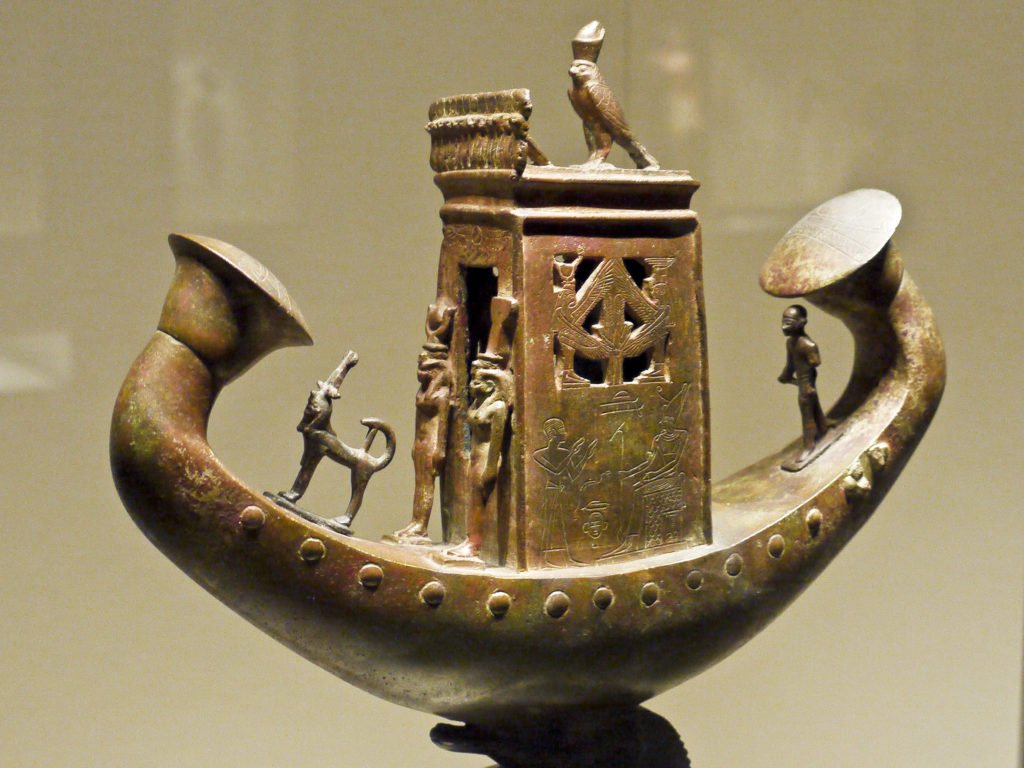 The interests of the famous collector of paintings, applied art, antiquities were diverse. He was interested in the art of European countries, history of the East. This had an impact on the themes of the exhibits. For the convenience of acquaintance with the collection and its systematization, it was decided to organize several halls in the museum of Gulbenkian in Lisbon.

Rich and diverse is the exposition, where antiquities and works of art of Mesopotamia and Persia are collected. There are also many illustrations of the history of Egypt and Greece. The hall is decorated with ancient vases and amphorae, women’s jewelry and objects of interior decor. Visitors can see unique tombs of pharaohs delivered from Egypt. A visit to this hall is the best lecture on the history of ancient countries to see for yourself. 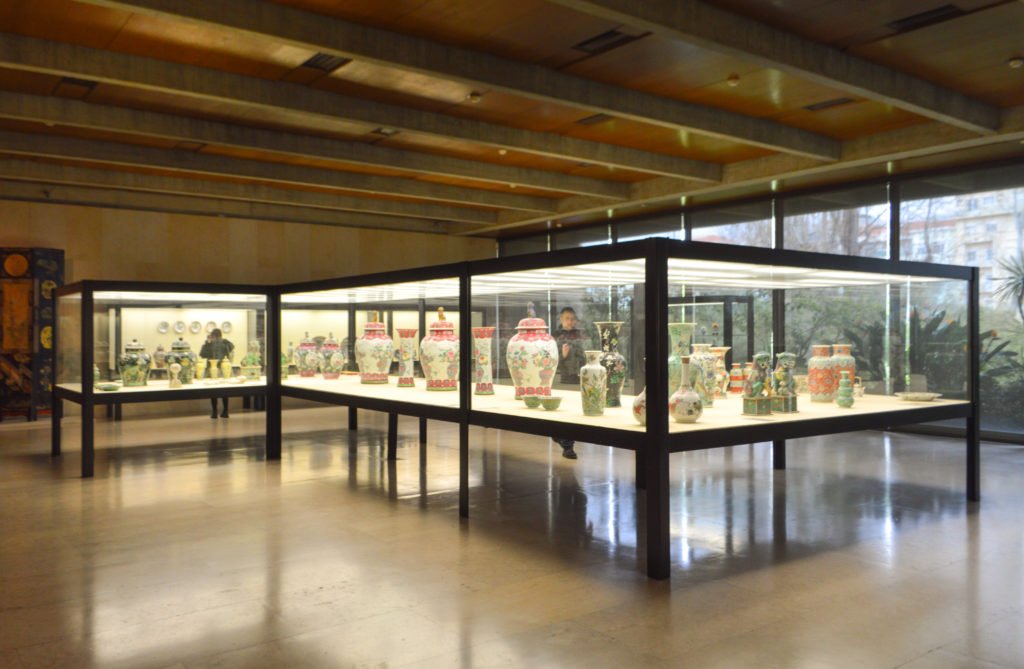 Books, antique furniture, and other exhibits What a versatile, intelligent person Gulbenkian was, is evidenced by the fact that a significant part of the collection consists of books. A separate room in the museum complex is used as a library, so the collection is so big. Among the most unique items are manuscripts. In the library, in addition to them, there are many valuable old editions. One of them is the collection of the works of Petrarch (edition of 1468-70), decorated with exquisite drawings. Also in this section is Boccaccio’s On Famous Women, edition 1410-1415. 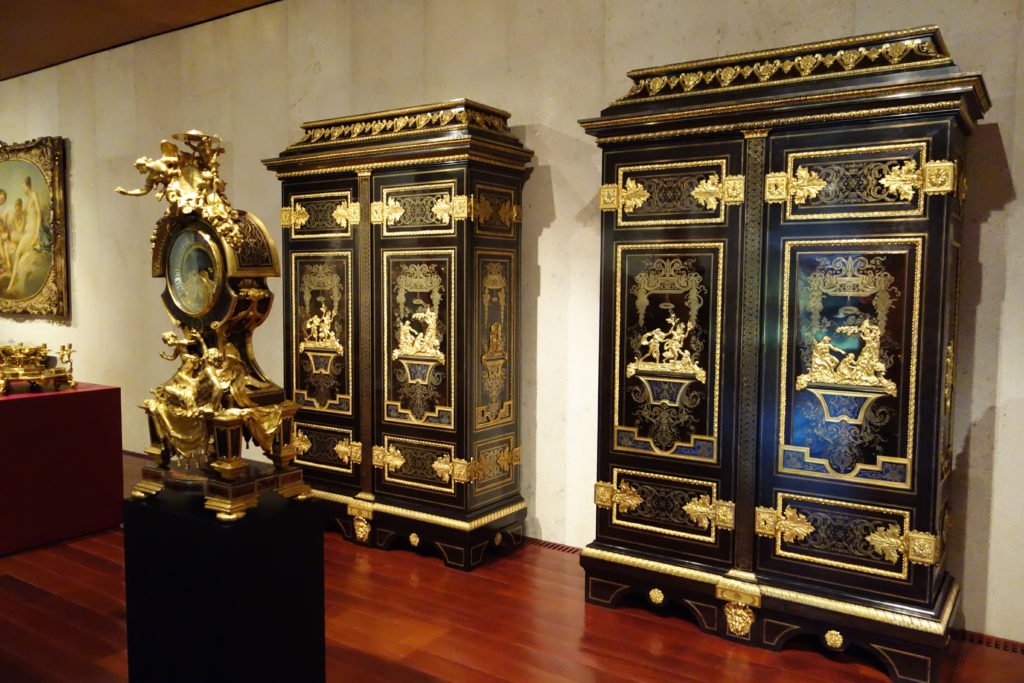 The Galust Gulbenkian Museum in Lisbon also has a lot of expensive gold and silver household items, such as tableware and interior decorations. A collection of French antique furniture, harmoniously complemented by Flemish tapestries, can also be considered a gem of the museum complex. Some pieces of furniture are the work of renowned French cabinetmakers, such as André-Charles Boullée.

Galust Gulbenkian was not only interested in antiquities. He lived at a time when Art Nouveau and Art Deco reigned in fashion, interior and design. The museum has a separate exposition of art deco works of art, and the main thing in it is the exquisite glass items of the Lalique brand. 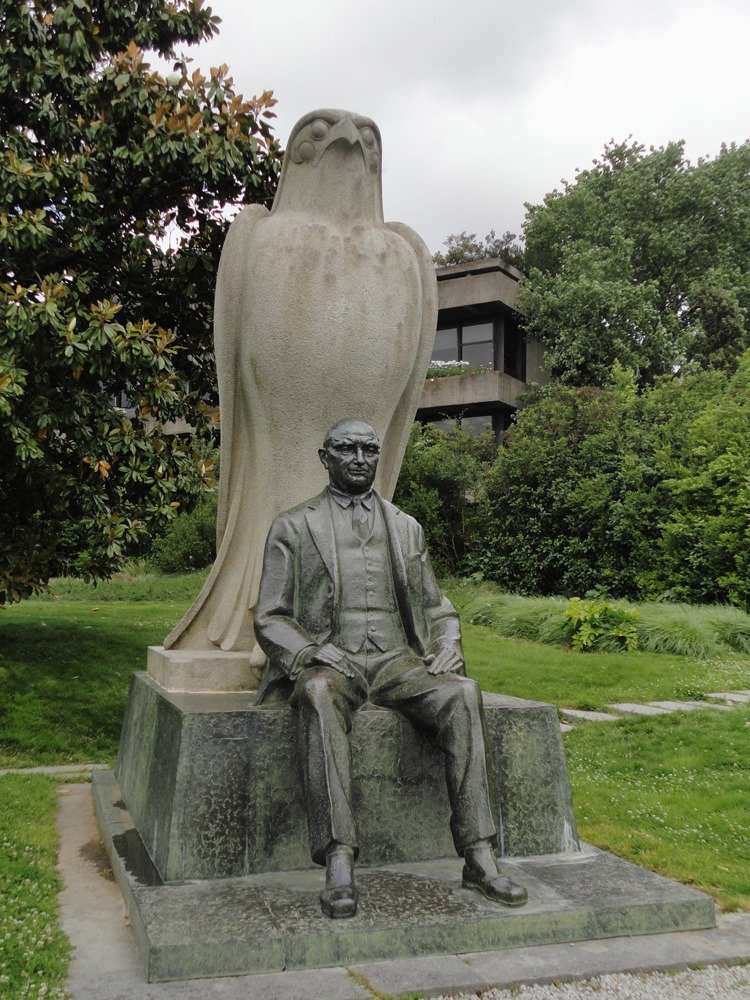 A man as rich in soul as Galouste Gulbenkian always remembered the history of his people. And in his collection it is presented decently and richly. In the museum complex part of the exposition are the monuments of antiquity and history of Armenia. They are harmoniously combined with the exhibits of Middle Eastern art. The period of the Middle Ages is mainly covered, this is a unique feature of the museum in Lisbon. Gulbenkian never forgot about his roots, his people, he opened many Armenian schools in different countries and an Armenian church was built in London by his means. The charity foundation established at his bequest has an Armenian section. The Foundation allocated more than a million dollars to the victims of the 1988-1989 earthquake in Armenia. 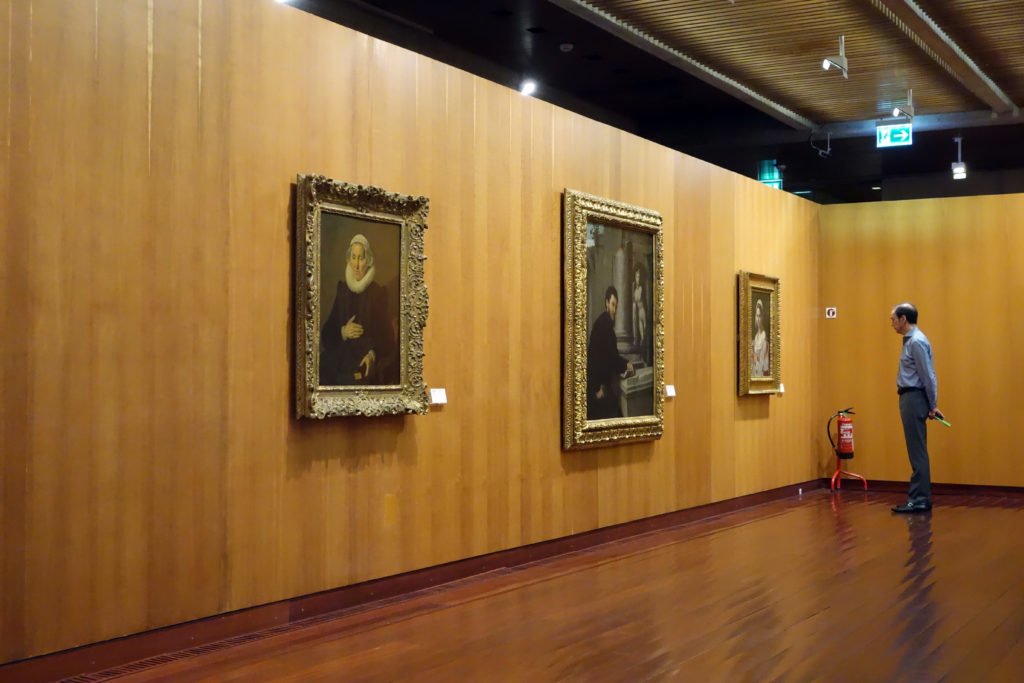 Antique coins are a special value in the museum exposition, because the history of the collection of the exhibits began with them. At the age of 14, Galouste, being a teenager, received 50 piastres from his father. The future collector and patron of the arts used them to buy a couple of old coins in an Istanbul bazaar. Now the museum is proud of many unique specimens and attracts the interest of connoisseurs of numismatics.

The Calouste Gulbenkian museum is located at the following address: 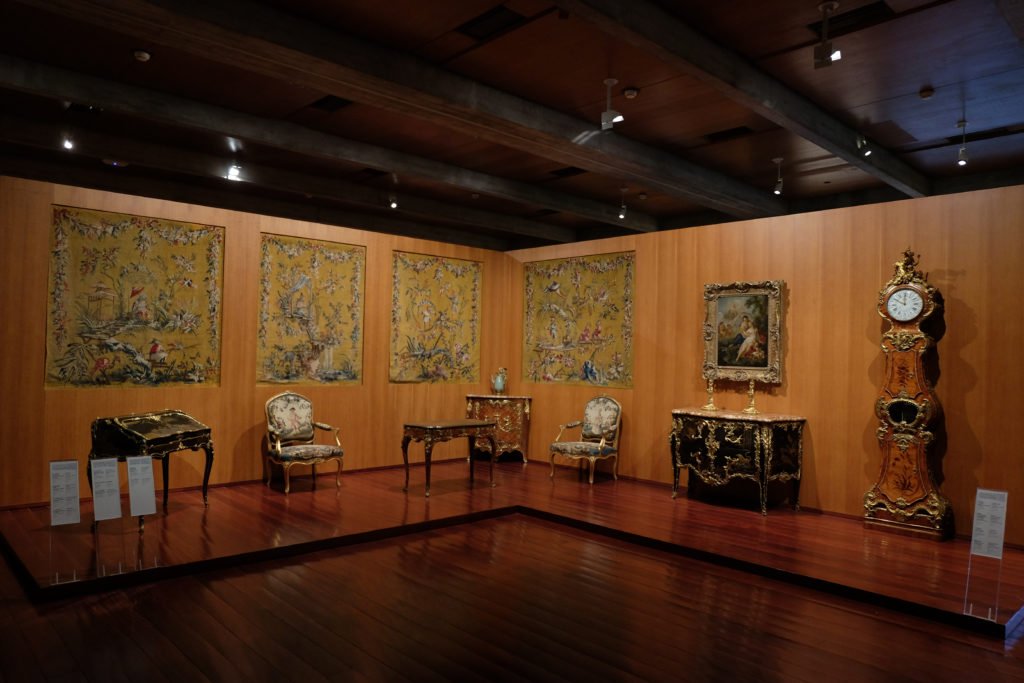 The Calouste Gulbenkian Museum is unique. It has a unique collection of archeological finds, works of art, furniture, and other objects of interior decoration. About him I want to leave feedback, and not in two words.

Oleg from Tomsk, visited the museum in February 2019.

“Galust Gulbenkian Museum is a place that evokes thoughts of wealth and wisdom of people. Many private collections containing great masterpieces are closed for viewing. And the Portuguese government set an example by opening a museum complex with a private collection of exhibits.”

Daria, from Tel Aviv, visited the complex also in February 2019.

“The museum has a diverse collection, from Iranian carpets to Chinese vases. I advise to linger at the works of Lalique, you can look at them for hours.”

“Got to the Museum by chance, originally I wanted to walk around the park surrounding it. But in the aftermath spent half a day among the exhibits. I was fascinated by the works of Rembrandt, Manet, Degas, the sculptures by Rodin and the jewelry by René Lalique. 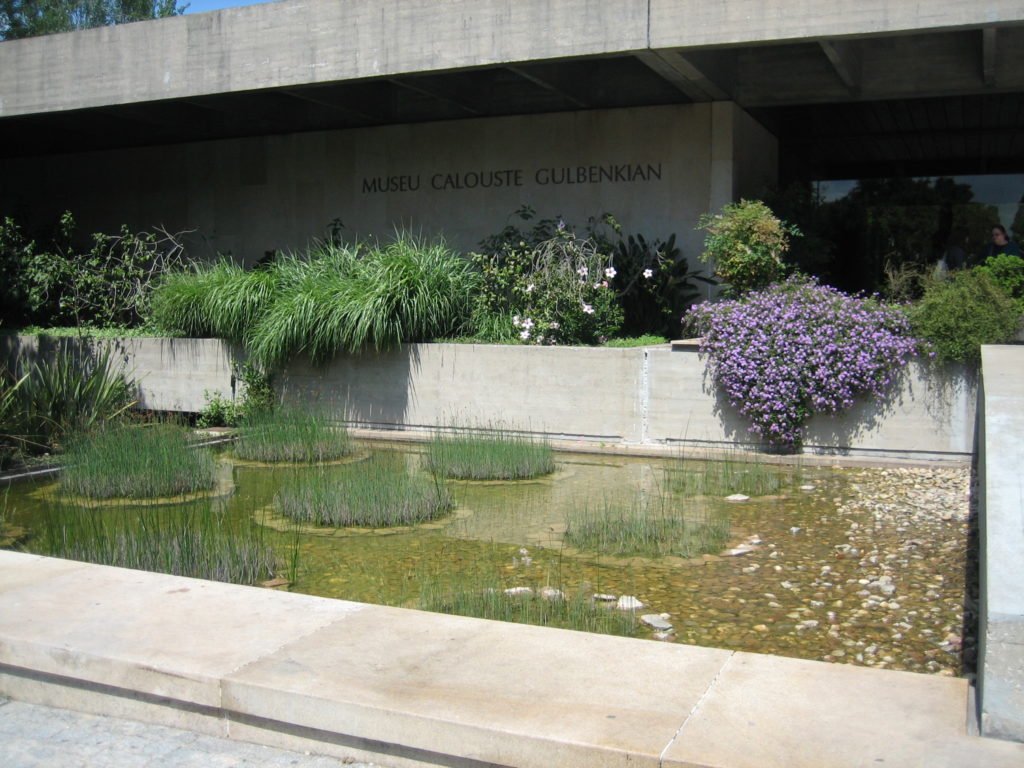 A museum visit is not only an informative tour; it is a celebration of aesthetic taste. Galouste Gulbenkian collected only beautiful things, masterpieces of great masters. He wrote that “The artistic canvas should be pleasant”, because there are many boring things in life without it.

To finish acquaintance with the collections of the museum complex is worth a walk through the picturesque park, which maintains the atmosphere of beauty and harmony. Gulbenkian Museum is a story not about Portugal, but about the talent of the man and his generosity.