Gothenburg, the center of rock music and industry in Sweden

The city of Gothenburg is located in southwest Sweden, on the shores of the Kattegat. Its area reaches 450 km² and the number of inhabitants exceeds 570,000. The second largest city in Sweden attracts tourists not only with its rich historical past, breathtaking scenery and majestic castles, but also with its modern rock music because Gothenburg is the birthplace of Swedish Melodic Death Metal.

The city has a maritime climate: winters are mild and warm – the temperature drops below zero, and summers are fresh and sunny – the air gets up to +20℃. The best time for a holiday in Gothenburg is from April to July, because here the rainfall is the least and the temperatures are the most pleasant.

Interesting to know! Sweden is one of the most environmentally friendly countries in the world, as evidenced by its clean streets and large number of parks, of which only in Gothenburg there are more than 10.

Access to the Kattegat was for many years a disputed territory between Denmark and Sweden. In the middle of the 13th century these lands passed under the authority of the latter, and in 1605, on the order of King Charles IX, Gothenburg was founded there. In 1611 the city was completely destroyed by the Danish army, and eight years later, it was moved to the place where it is located now.

Until the 19th century Gothenburg had a strategic importance to Sweden – the main fortresses were built here, based the army, waiting for attacks from Denmark. After the Napoleonic wars, many of the fortifications were torn down and Göteborg has become a commercial city and an advanced port with rapidly developing metallurgy and mechanical engineering.

It’s a historical fact! It was the home of the Swedish East India Company in Gothenburg, which was involved in trade with the countries of the East. 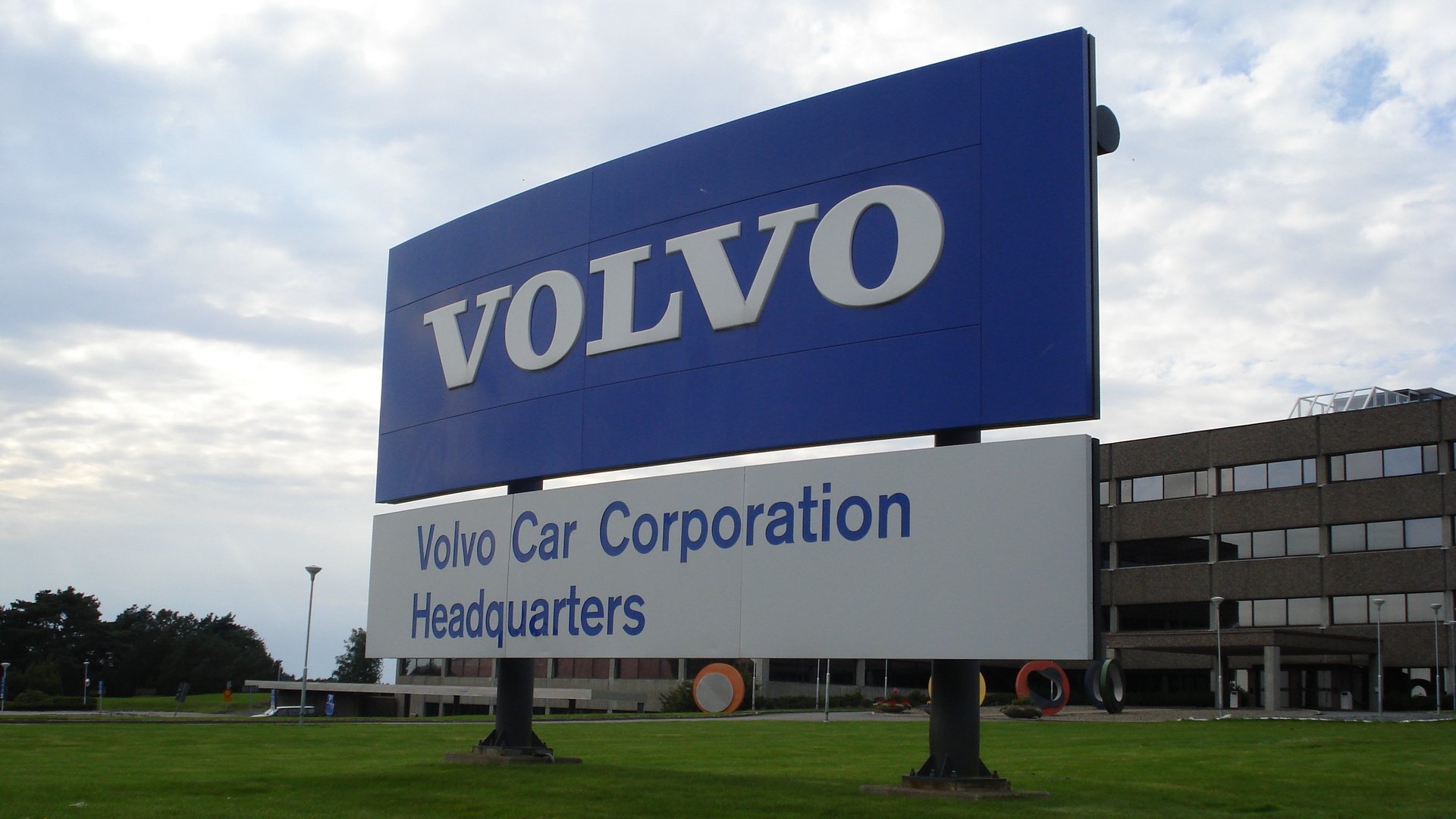 Today Göteborg is home to famous companies such as Volvo, SKF and Victor Hasselblad AB, and it hosts ice hockey, soccer and figure skating championships, rock concerts and music festivals.

What to see in Gothenburg and where to go with the kids? What sights are worth visiting first, and how much will a vacation in Sweden’s largest metropolis cost? Answers to all your questions in this article.

The sights of Gothenburg

One hundred and seventy-five hectares of nature, beauty and tranquility – if you want to cheer yourself up or just enjoy the world around you, visit the Botanical Gardens of Gothenburg. Opened in 1923, it now attracts over 500,000 tourists a year. Due to its huge size, it is impossible to walk around the entire garden at once, so we suggest you take a walk through the main attractions in the garden first:

READ
What to see in Strasbourg, France? 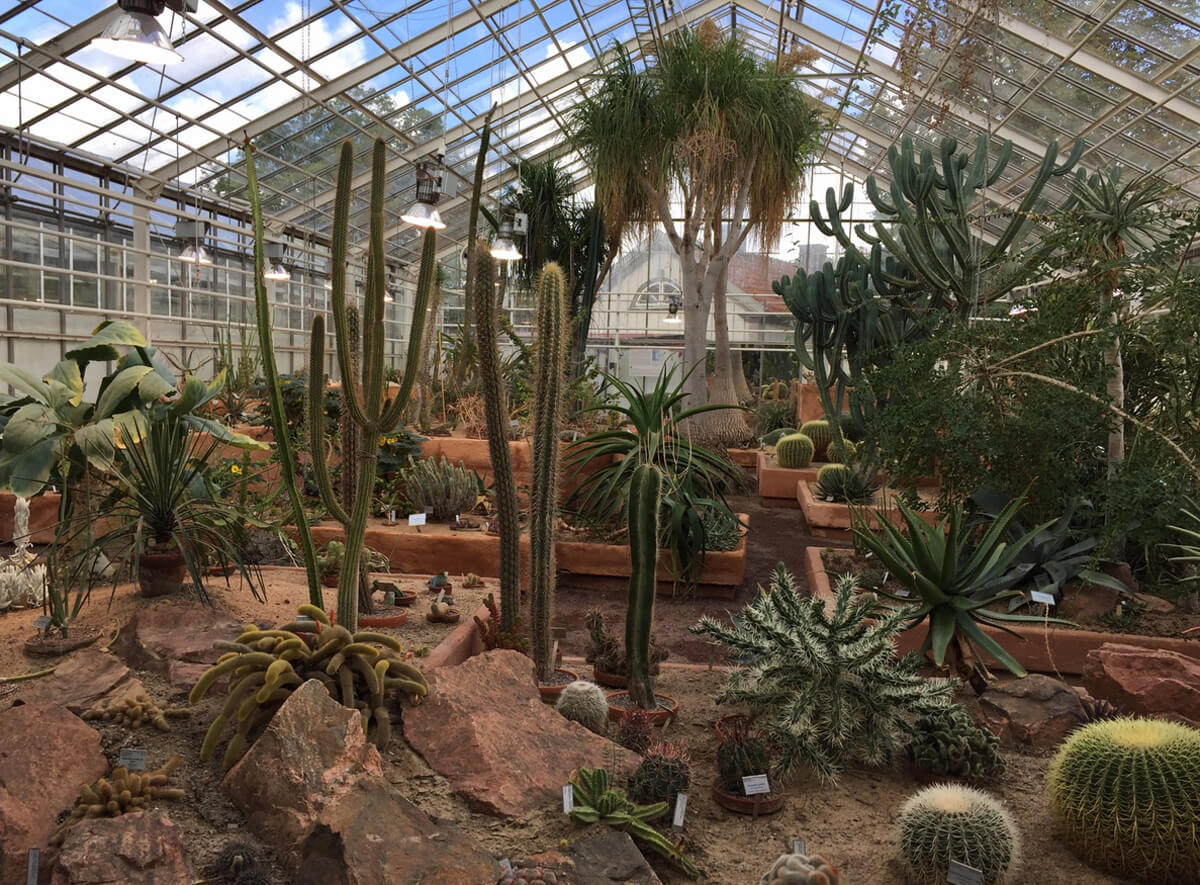 Tip: The best time to visit the greenhouses with orchids is March-April and September-October, as these are the periods when they bloom.

If you don’t know where to go as a family or a large group of travelers, go to Slotskogen Park, the most versatile attraction of Gothenburg and Sweden in general. It has everything: a contact zoo, the newest playground, picnic fields and green alleys for walking, ponds, pools for seals and penguins, cafes, planetarium, soccer, volleyball, golf and much more. 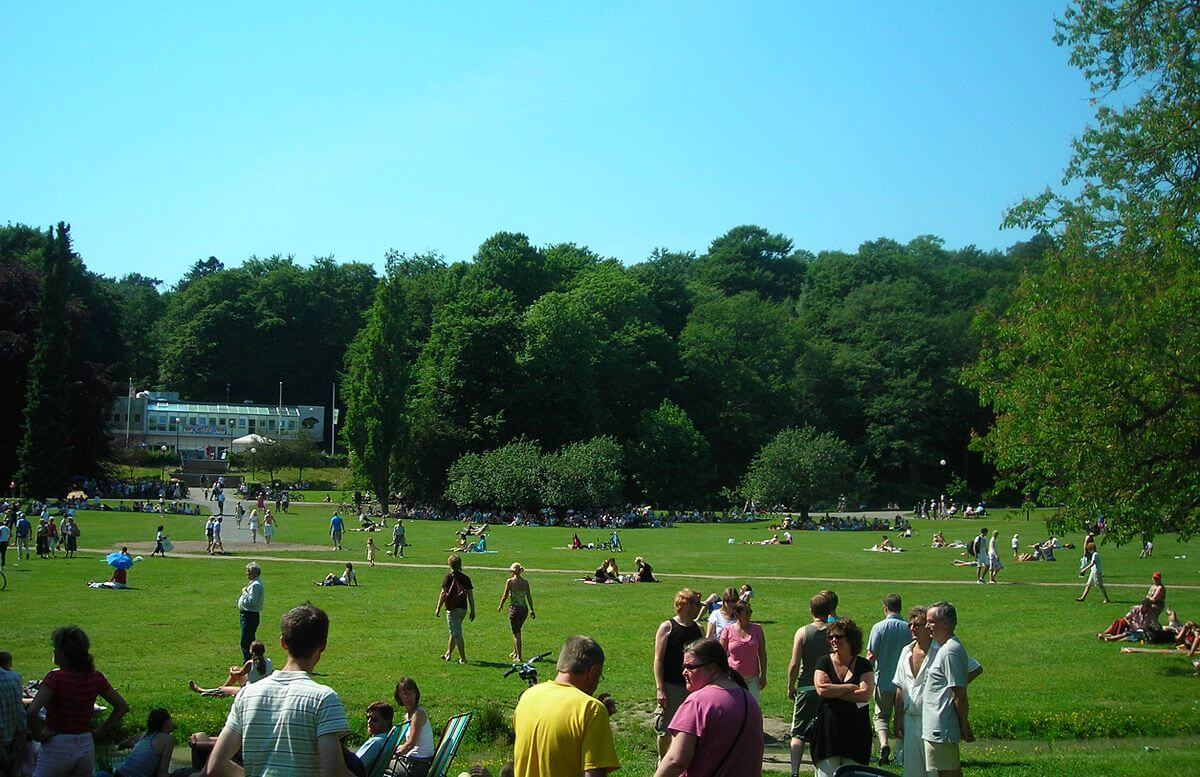 Founded in 1880 on the site of a huge forest, the city park covers an area of 137 hectares, and is one of the largest in Sweden. Here every year a variety of large-scale events and exhibitions are held, not only tourists come here for recreation, but also local residents from different parts of the city. At this attraction you can easily spend a whole day.

READ
Vacations in New Zealand. Where to go and what to see 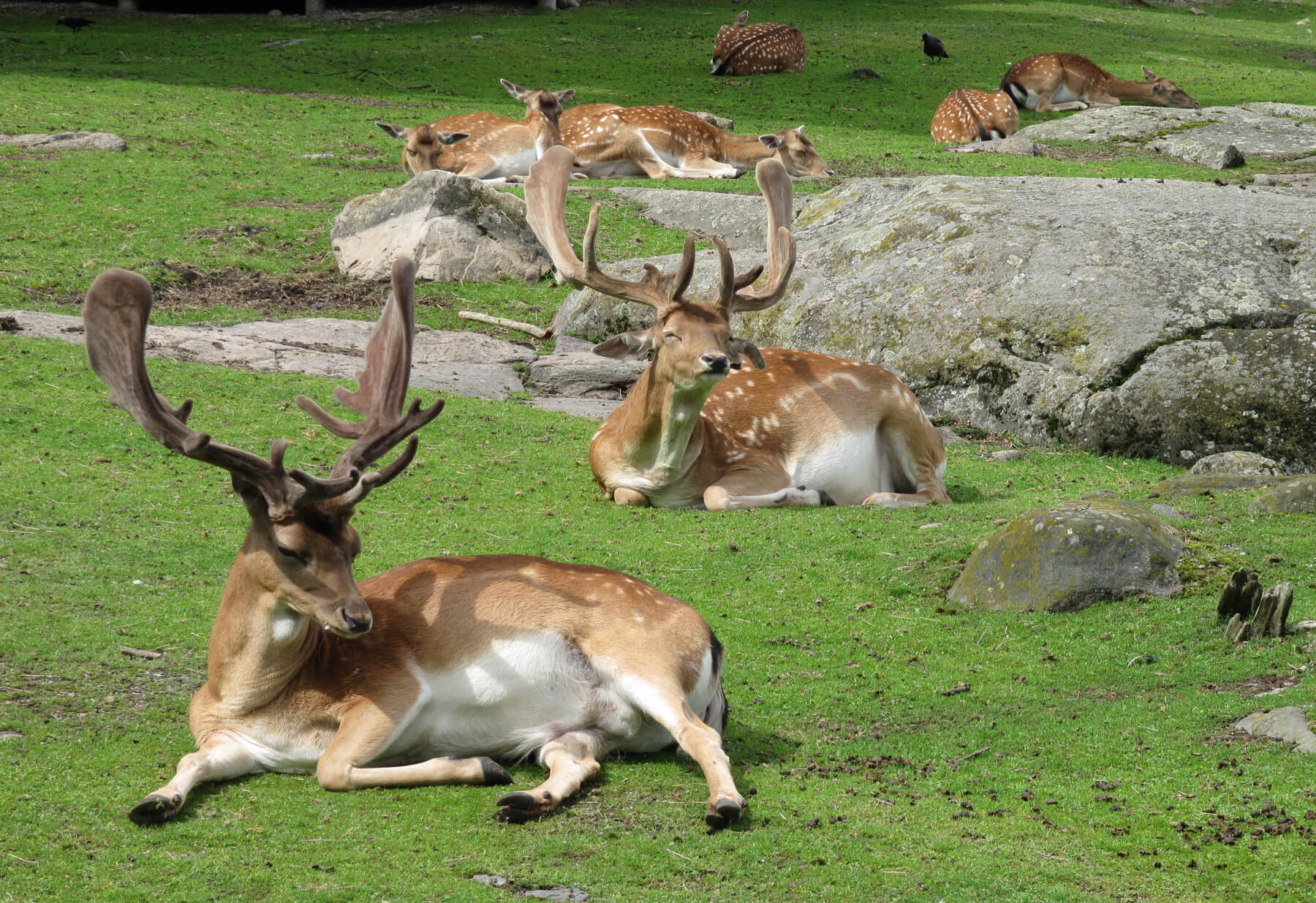 Read before you visit.

Behind the long and complicated name hides one of the most beautiful parks in Sweden. Located in the heart of Gothenburg, it is home to several thousand roses, conifers, various shrubs and exotic palms. Throughout its territory there are about 10 greenhouses with different kinds of unique plants, its green alleys are surrounded by unusual sculptures, on special playgrounds children play, and in modern restaurants and cafes tourists enjoy the scenery around them. 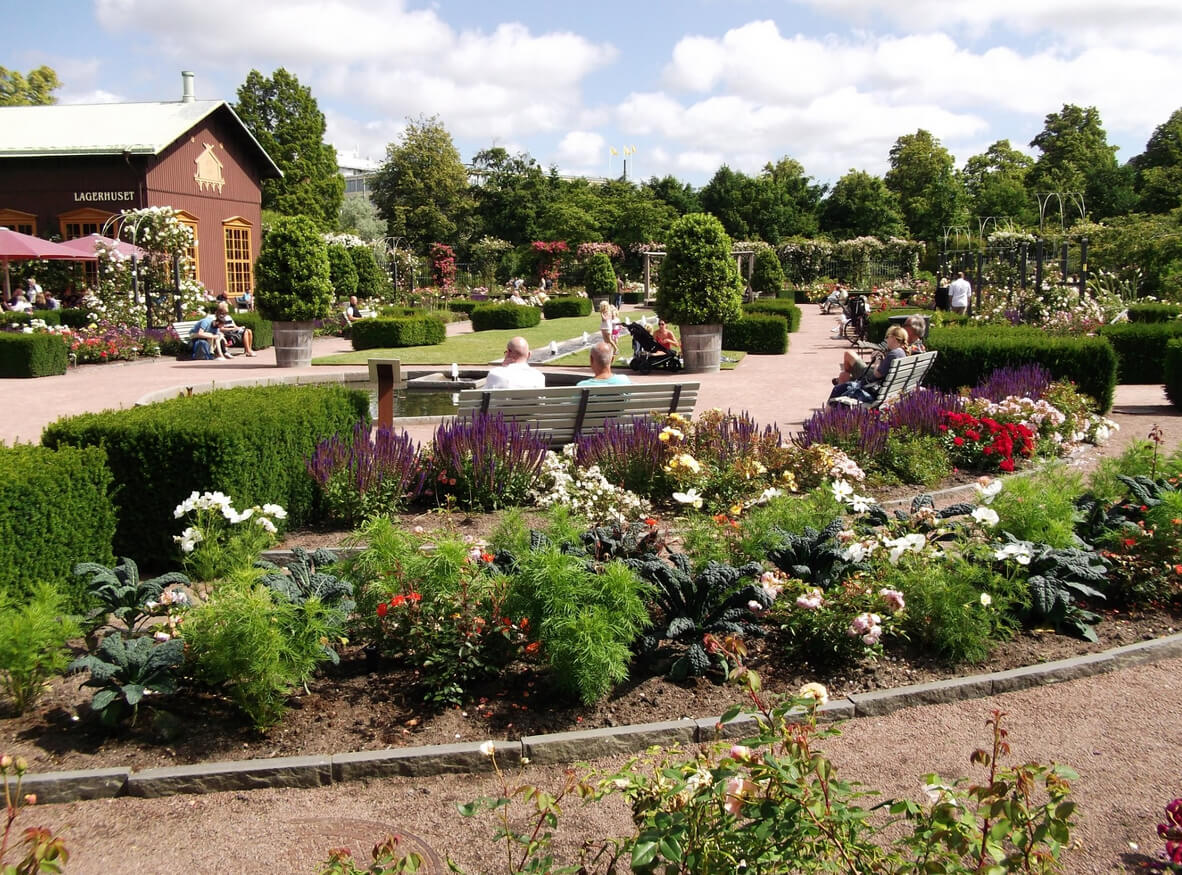 Botanical Garden is located on the street Slussgatan 1. It is open daily from 7 to 20 in the period from May to September, at other times – until 18. House of exotic palms is open from 10 to 16.

Entrance to the park is free. Download a map of the attraction with an itinerary for travelers on the official website www.tradgardsforeningen.se. 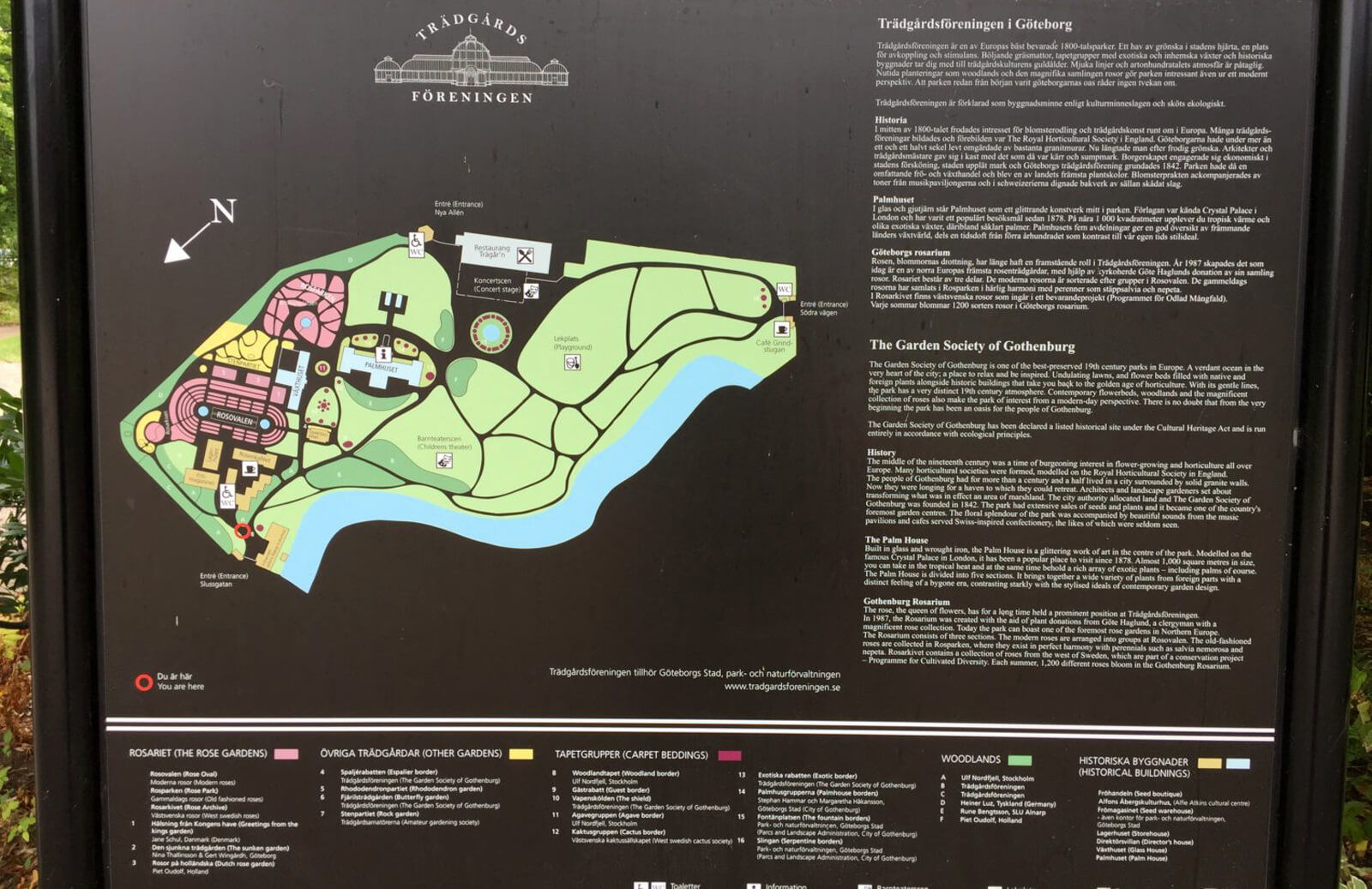 Important: No alcohol, dogs or bicycles are allowed in Gothenburg Garden.

Do you want to learn more about the Cold War period? Have a trip inside an atomic bomb? Or see what happens when martial law is declared? All this and much more awaits you at the Gothenburg Aeromuseum, located in the cliff at the site of the old military base. 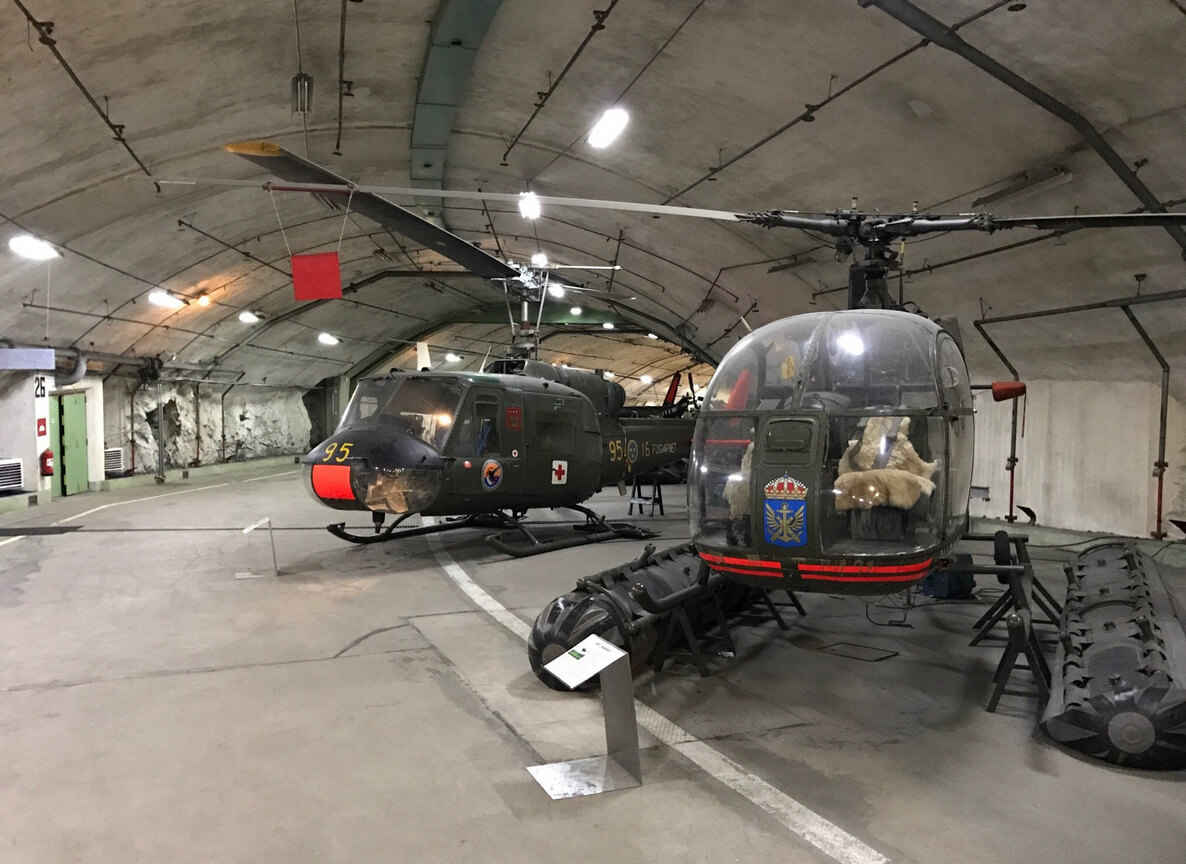 In the language of numbers! The museum was founded in 1995 and is part of the Swedish Military Heritage since 2008. The area of the Aeroseum reaches 70,000 square meters, it is located at a depth of about 30 meters.

The value of this attraction lies in the atmosphere, which is enjoyed by children and adults alike. Right from the entrance, visitors enter a real military facility where you can touch everything you see, try on a pilot’s helmet and even sit at the controls of an airplane. 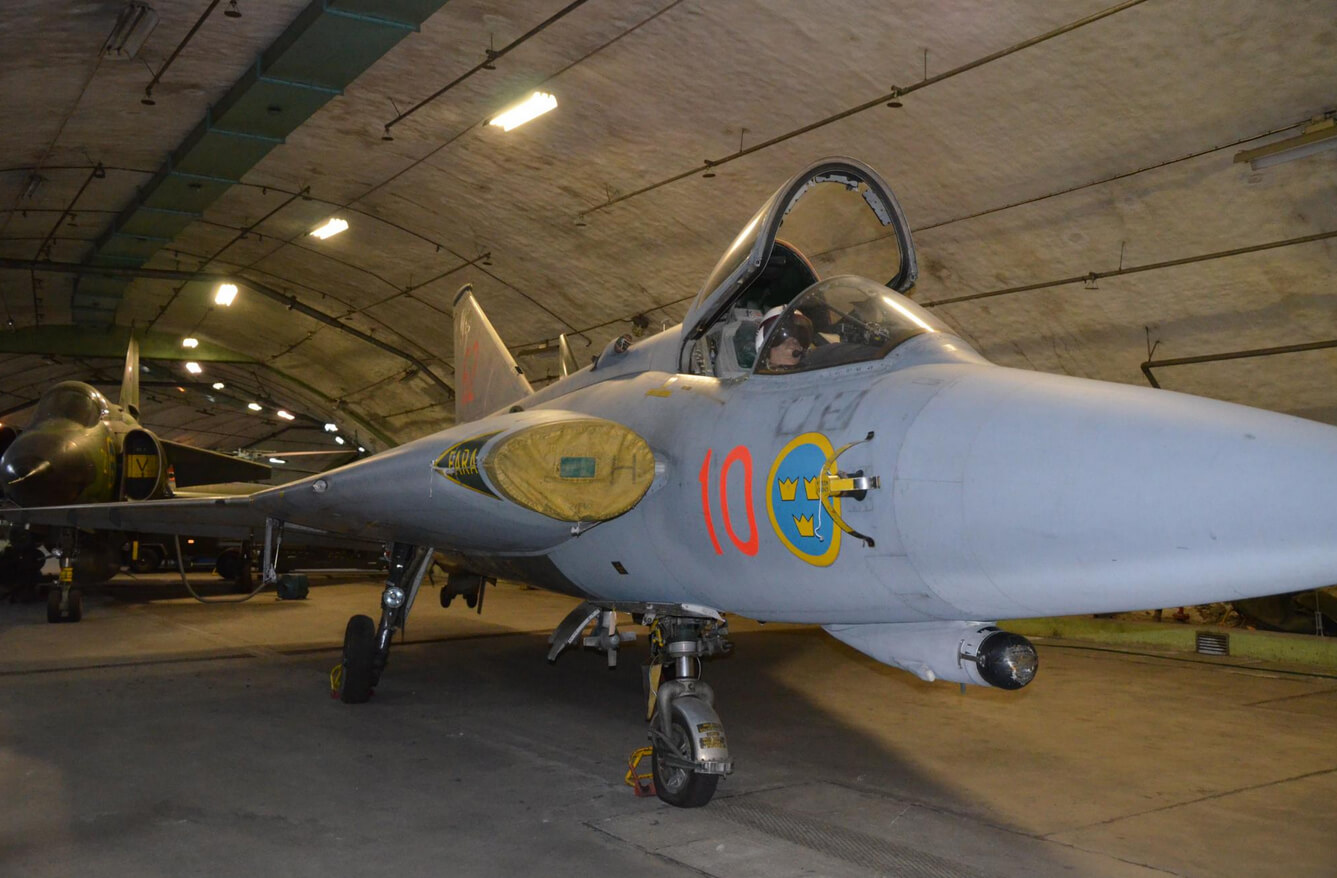 There is a special area for young travelers, adults and teens can try their hand at simulators, and those who are hungry can have a snack in the local cafe. Note that some of the exhibits are located outside in the museum courtyard. Don’t miss them!

One of the most famous attractions in Sweden, which no tourist can miss, is the Volvo Company Museum, opened in 1995 and dedicated to the development of mechanical engineering over the past 90 years. 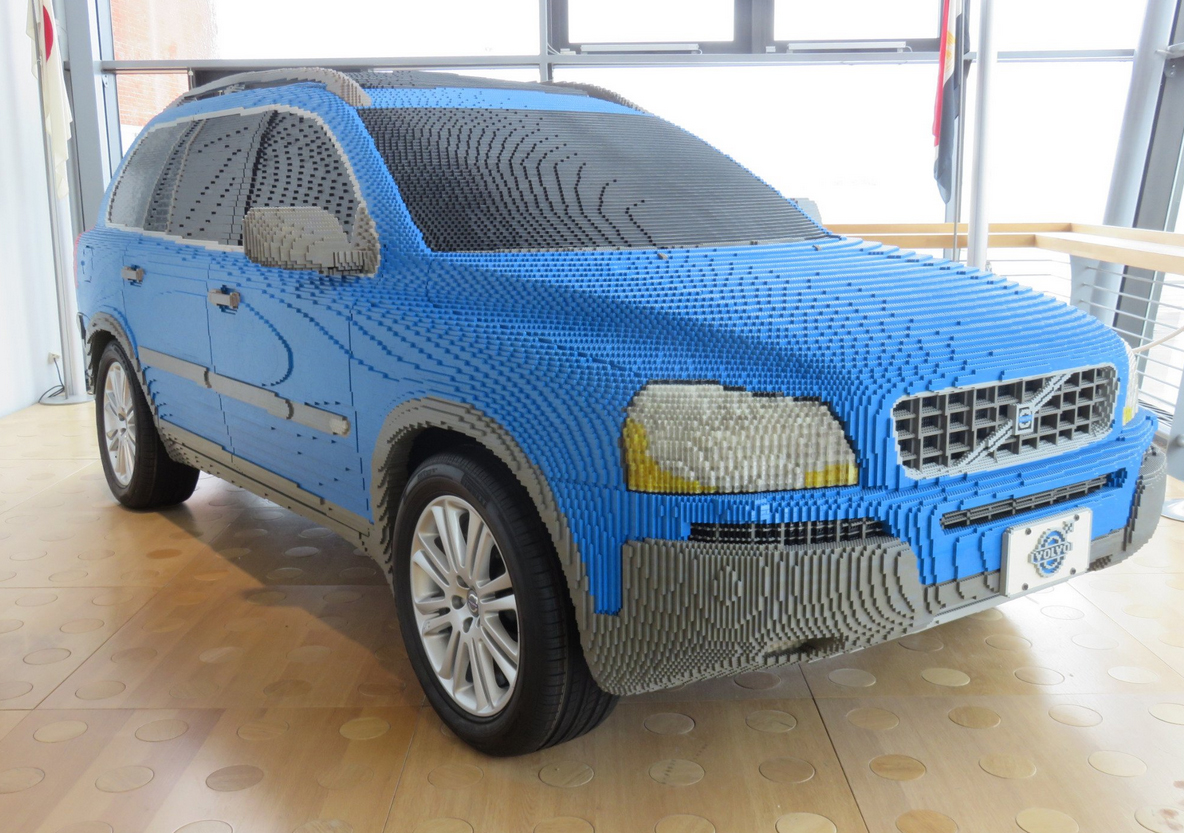 Among the most interesting exhibits of the Volvo Museum in Gothenburg is a car made of Lego, the first car of the company and the car of the current King of Sweden. Besides there are vintage yachts and trucks, here you can try yourself as a driver in one of the simulators or watch a movie about the history of engineering, translated into more than 100 languages.

This attraction will be of interest not only to adults, but also to children, because many of the machines can be touched and even sit in them. In addition, the museum has a large souvenir store where you can buy gifts for yourself and your friends. 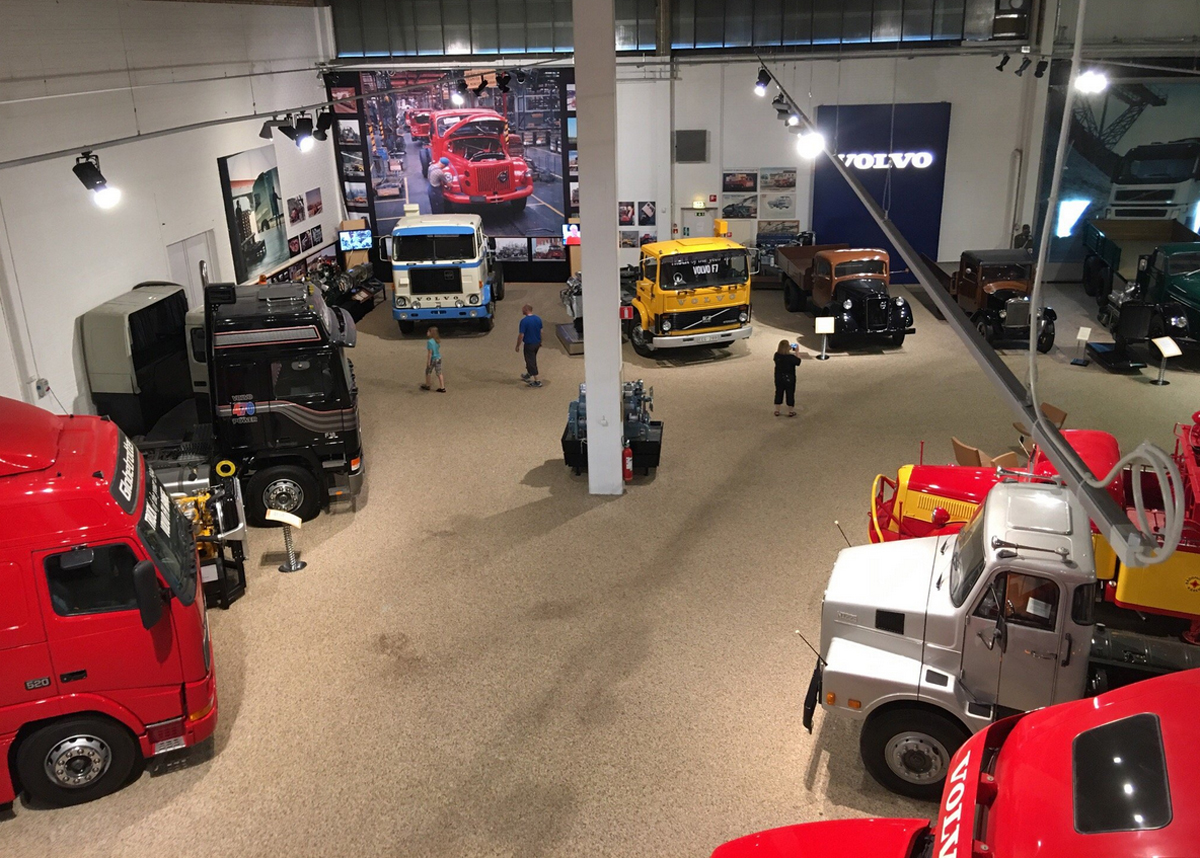 The Museum of Modern Art in Gothenburg has the largest number of paintings in all of northern Europe. The six-story building houses several hundred paintings by famous authors of French, Italian and Dutch origin, as well as works by Van Gogh, Rembrandt and Picasso. Central to the museum are paintings and sculptures by contemporary artists from Sweden, including Lina Selander and Charlotte Gyllenhammar. 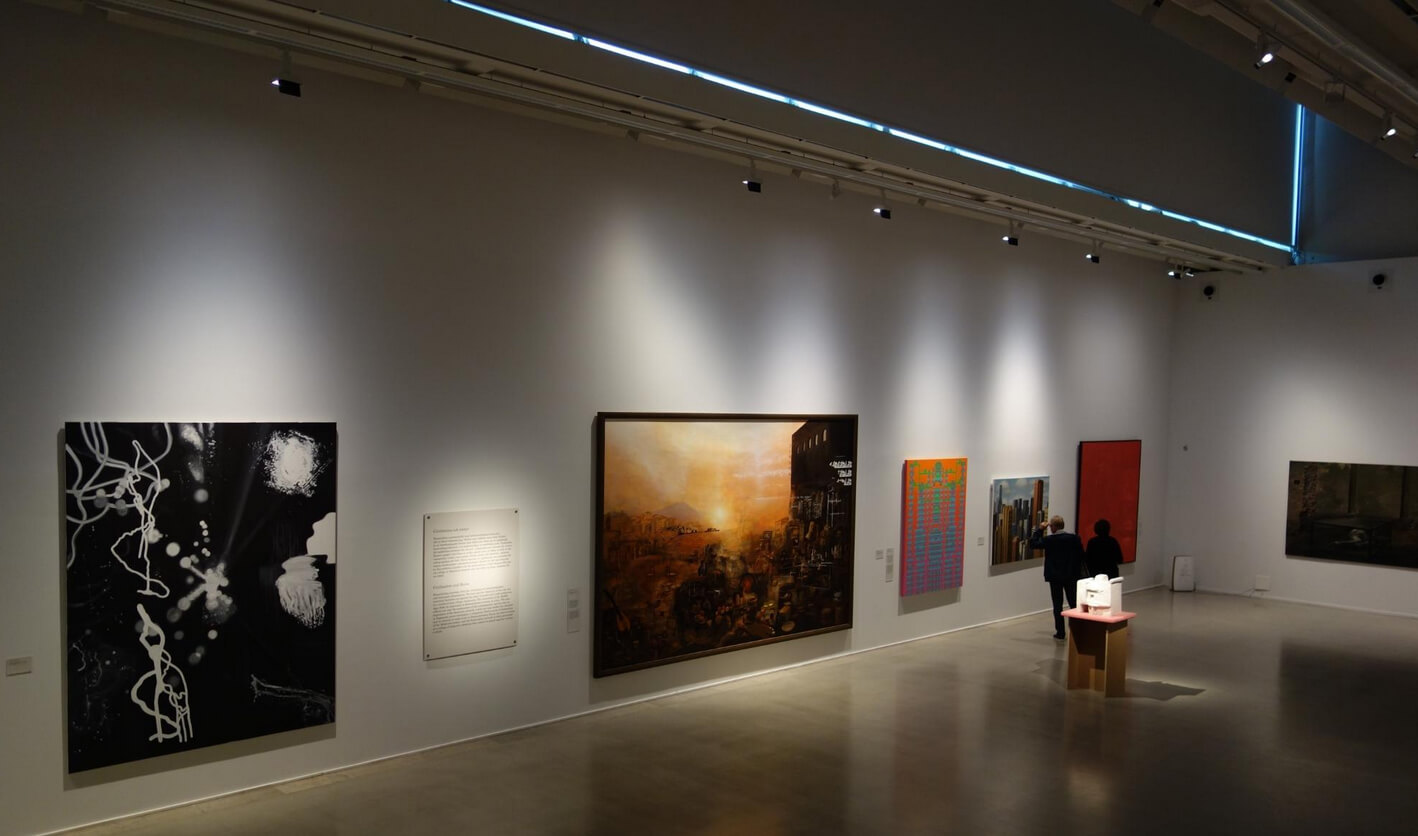 Interesting fact! Many of the exhibits in the Goteborgs Konstmuseum were bought with money from local residents.

The beautiful and tranquil neighborhood of Haga connects the city center and the observation deck. This favorite place for evening walks for all travelers was founded in the middle of the 17th century. Here, on the small pedestrian streets, there are many stores and cafes, wooden houses and ancient churches. It often conducts photo shoots and even shoots films, 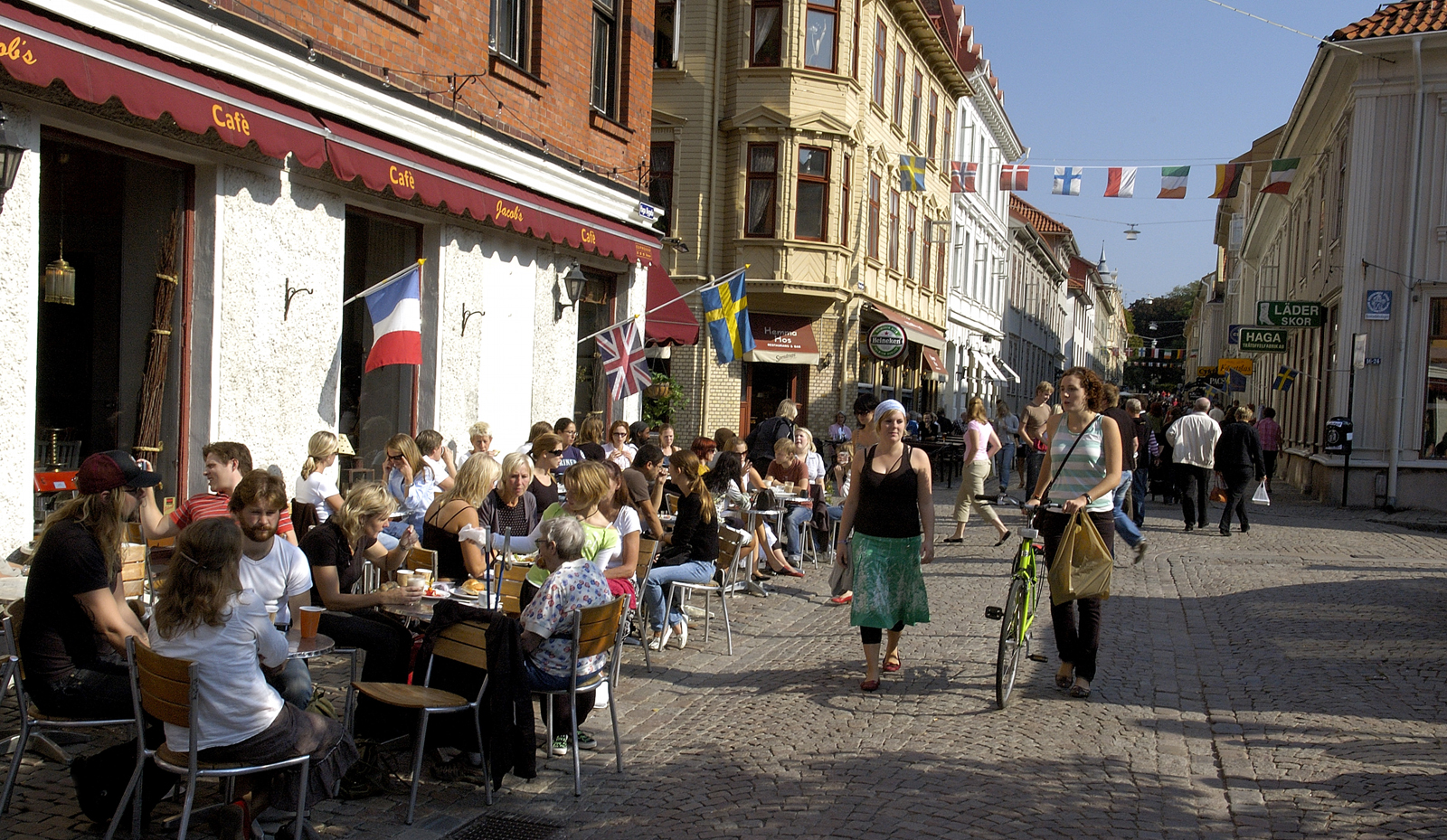 Note! Pedestrian streets are not covered with asphalt, and covered with large bricks – the wrong shoes can spoil the impression of views of Gothenburg. 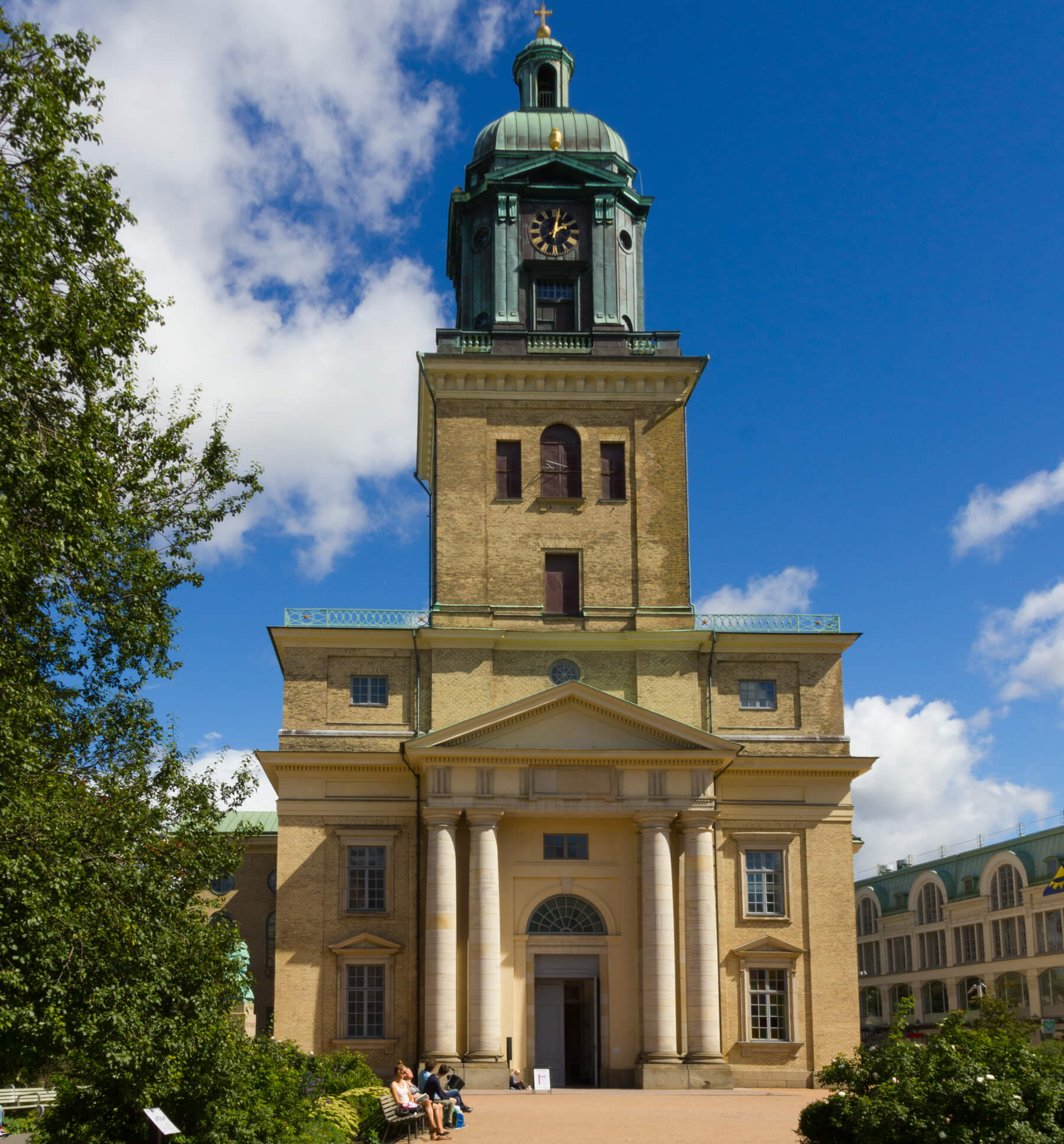 Gothenburg Cathedral is a striking example of the classical style that is characteristic of much of Sweden’s architecture. White and majestic on the outside, it remains just as beautiful on the inside. The interior of the church is striking: a gilded altar, marble pilasters, sculptures of angels and saints placed in different corners of the main hall. A small green park surrounds the cathedral, and its chapel (entrance costs 30 crowns) offers a panoramic view of the whole city.

It happens! The modern cathedral is already the third building built on this site, the first ones (1633 and 1736) were destroyed by fires.

The church is open daily: on weekdays from 10 to 18:30, on weekends from 10 to 16. The address is Kyrkogatan 28. View a calendar of events, which will take place in the cathedral, here – www.svenskakyrkan.se/. 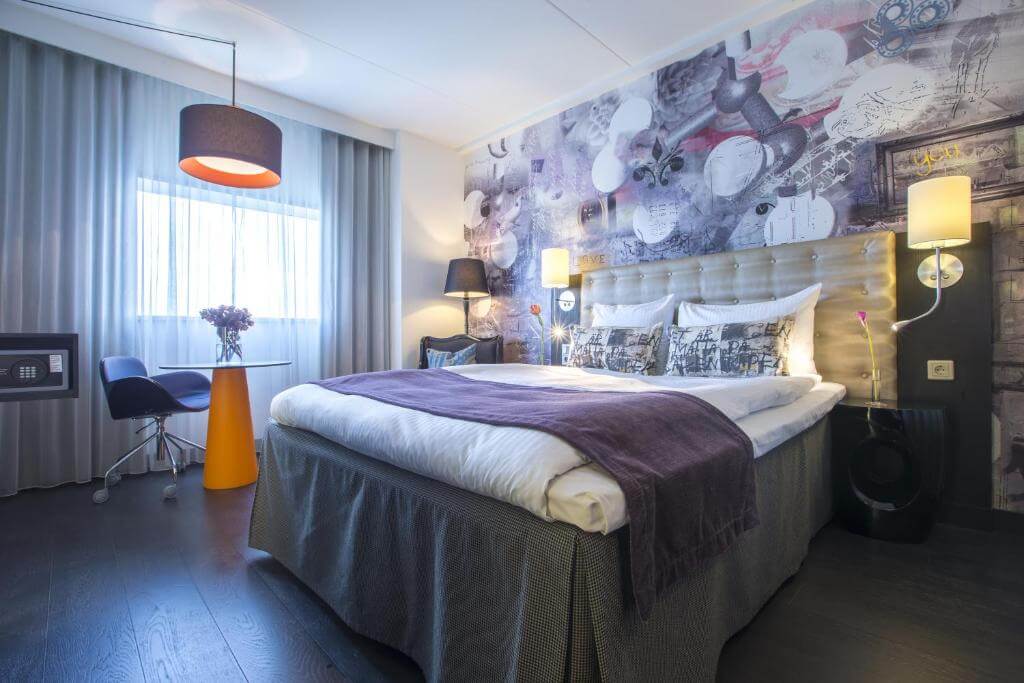 Gothenburg has about 40 hotels of various classes, but the best way to stay in the apartments. While three- and four-star hotels charge an average of €130 for a double room, you can rent a studio apartment for two or three vacationers for a mere €50-60 per night. 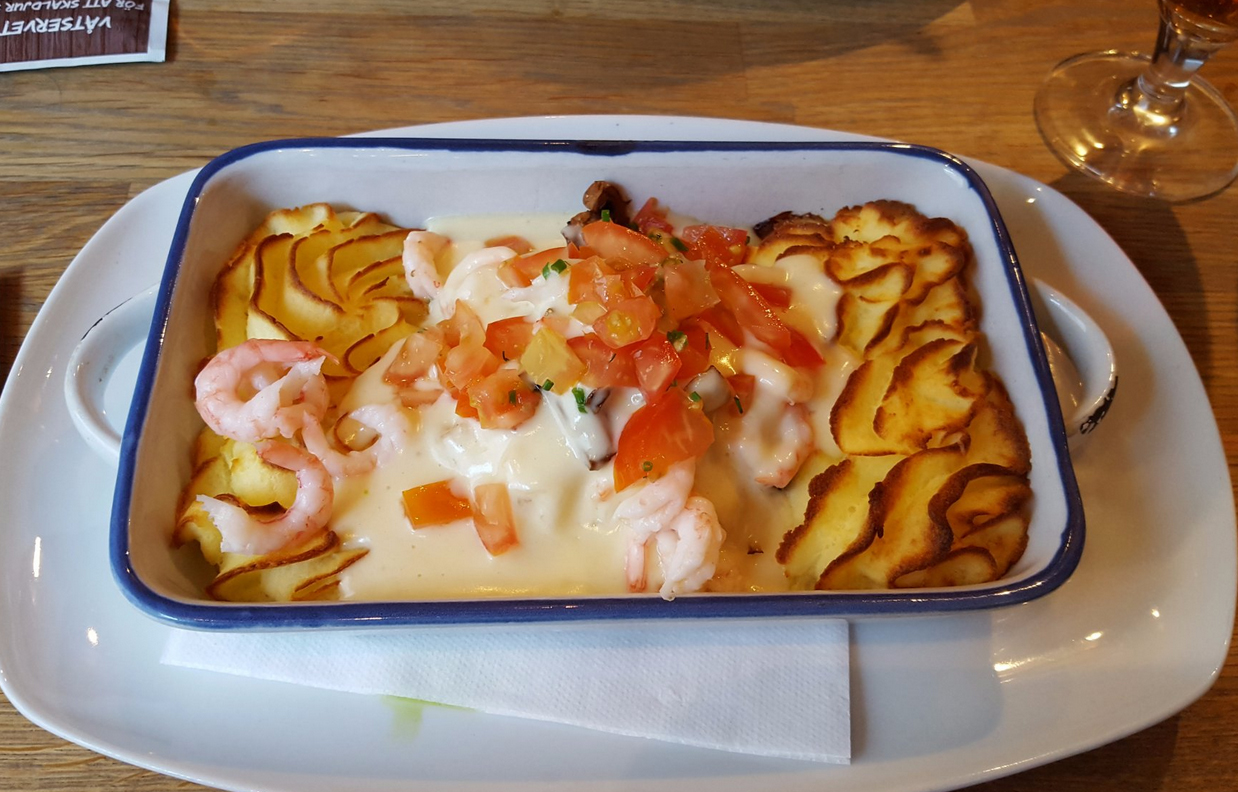 Going to cafes and restaurants is not the cheapest entertainment in Gothenburg. In terms of prices the city is not inferior to the Swedish capital:

READ
Where to go at the best time of year?

The most expensive establishments are in the city center. If you want to try delicious desserts or taste the best handmade chocolate, go to the streets of the Haga district. In general, Gothenburg has a lot of cafes and restaurants, they are not only in the streets and shopping centers, but also in the territory of major attractions.

How to get to Gothenburg

Despite the fact that only 20 kilometers from the city is the second largest airport in Sweden – Gothenburg-Landvetter, you can not fly here directly from the CIS countries. In this case, get to Gothenburg easiest way through Stockholm (distance between cities 468 kilometers), for this you can use:

You can also take a cab from Stockholm to Gothenburg, but it will cost 3,500 kroner. On intercity routes, this form of transport is not popular, as in Gothenburg and Sweden in general is very well developed rail and bus services.

The city of Gothenburg and its attractions are the pride of Sweden. Have a great trip!

Video: this is how Gothenburg looks like from the air.

Updated: 30 Nov, 2020 The city of Haiphong (Vietnam) is considered the third largest and…

For many tourists, travel in Sweden is limited to seeing the capital sights and regions,…