Gola del Furlo, Italy: one of the most beautiful canyons in the world

The Gola del Furlo canyon is located in the Marche, in the northern part of the region, in the province of Pesaro-Urbino and crosses the ancient Vi Flamina. The gorge has been carved by the Candigliano River for thousands of years, so much so that it has formed a real canyon.

The peculiarity of the landscape, with the river crossing the rocks, the vegetation that covers them, and the ancient road that runs along the shore, makes this place one of the most beautiful in the world and one of the most unusual canyons. Here’s everything you need to know about this place and why it’s worth a visit.

Gola del Furlo is located in the northern part of the Marche region, in the municipality of Fermignano, in the province of Pesaro-Urbino. It is an ancient gorge, formed thousands of years ago by the erosion of the Candigliano river that flows through it, so much so that Gola del Furlo is considered a real canyon . 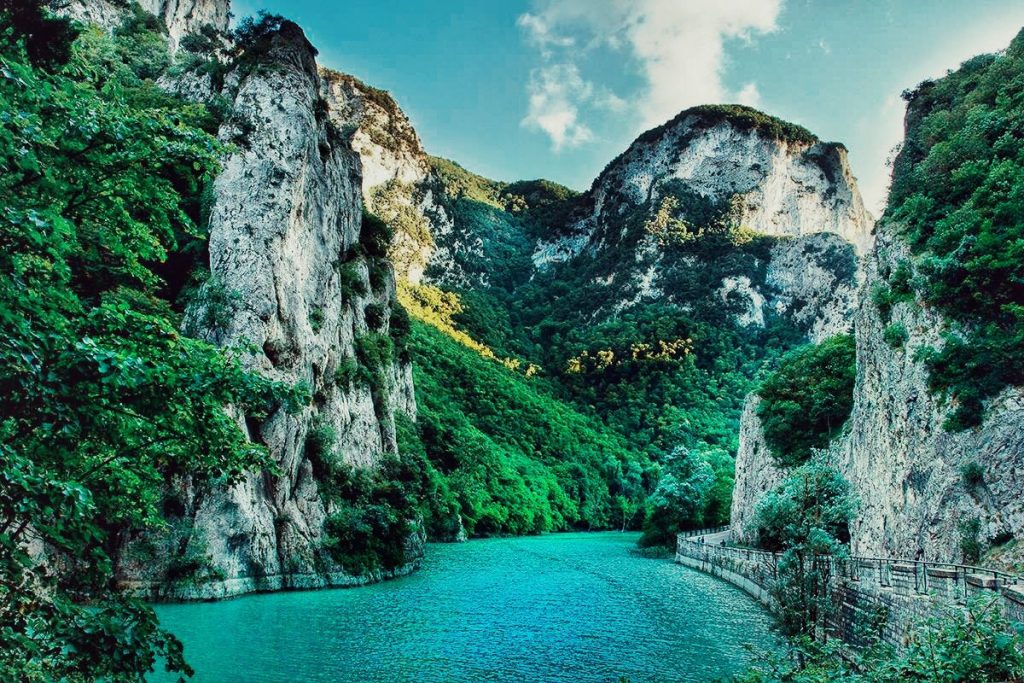 Gola del Furlo, Italy: one of the most beautiful canyons in the world

Its depth was greatly reduced after the construction of a dam in 1922, which turned the stream that crossed it into a pool. The mountains that form the gorge are Pietralata (889 meters) and Paganuccio (976 meters). The Candigliano River is a tributary of the Metauro, the main river of the Marche. The whole area is a place of extraordinary scenic beauty .

Gola del Furlo was declared a State Reserve by order of the Ministry of Environment on February 6, 2001. It covers an area of 3,907 hectares, is entirely part of the province of Pesaro and Urbino and is managed by the provincial administration. The territory includes parts of the mountain communities of Upper and Middle Metauro, Catria and Nerone and Metauro and the municipalities of Aqualagna, Cali, Fermignano, Fosombrone and Urbino.

READ
The top places to visit in Ecuador

The Gola del Furlo is not only an ancient place from a naturalistic point of view, but also a historical one. The gorge is actually crossed by the ancient Via Flaminia , the Roman road that begins from Rimini and that turns inland towards Rome at the height of the coastal town of Fano. At the point where the road crosses the gorge there is a tunnel that was dug into the rock by Emperor Vespasian between 76 and 77 AD. 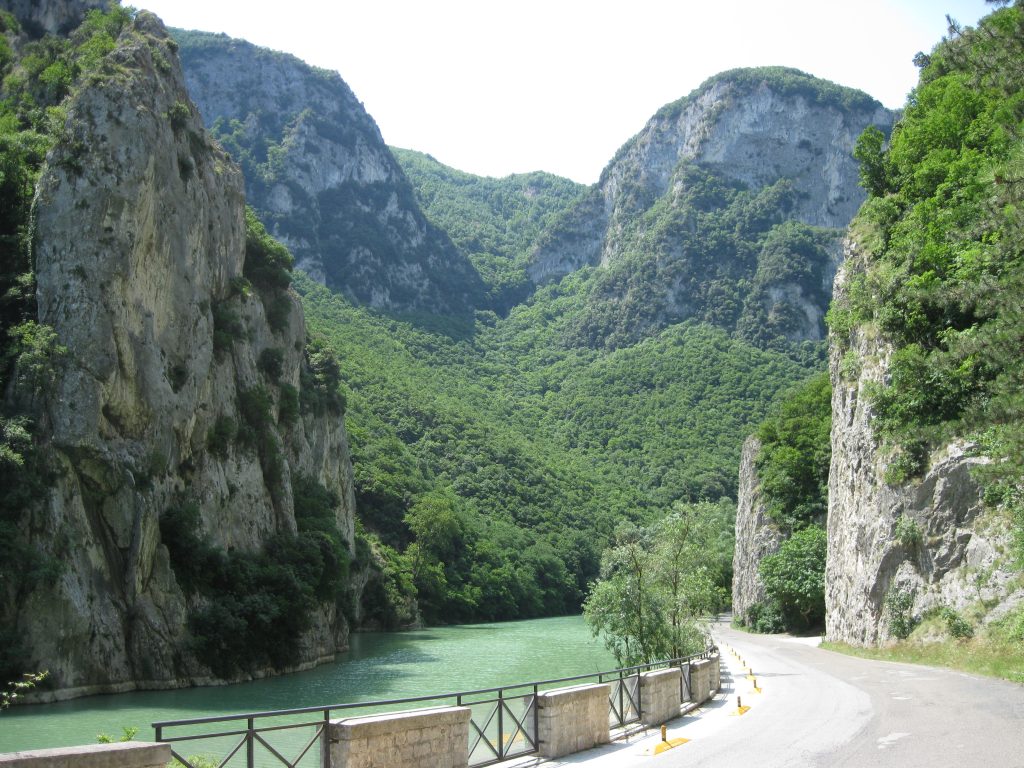 The dating is made possible by the Latin inscription on the rock above the northeast entrance to the tunnel, which is still readable: IMP (erator) CAESAR AUG (ustus) – VESPASIANUS PONT (ifex) MAX (imus) – TRIB (unicia) POT (manor) VII IMP (erator) XVII P (ater) P (atriae) CO (n) S (ul) VIII – CENSOR FACION (um) CURAVIT. The gallery was called “petra pertusa” (pierced stone) or “forulum”, the small opening from which the name Furlo is derived. It is 38.30 meters long, rather narrow, 5.47 meters wide at its maximum point and 5.95 meters high. Next to this gallery is another, smaller one of the Etruscan period, 8 meters long, 3.30 meters wide and 4.45 meters high.

Gola del Furlo was freed from traffic to Umbria and Rome thanks to the construction in the 1980s of a nearby expressway that crosses the Furlo Pass with two long tunnels that cross the mountain. In this way the ancient Via Flaminia route, which runs through the gorge, was preserved and is mainly a tourist destination, also very popular with residents of the surrounding area, especially in spring and on weekends.

Near the Furlo tunnel, on the road, there is a small church of Santa Maria delle Grazie, built at the end of the 15th century and open to visitors during July and August. 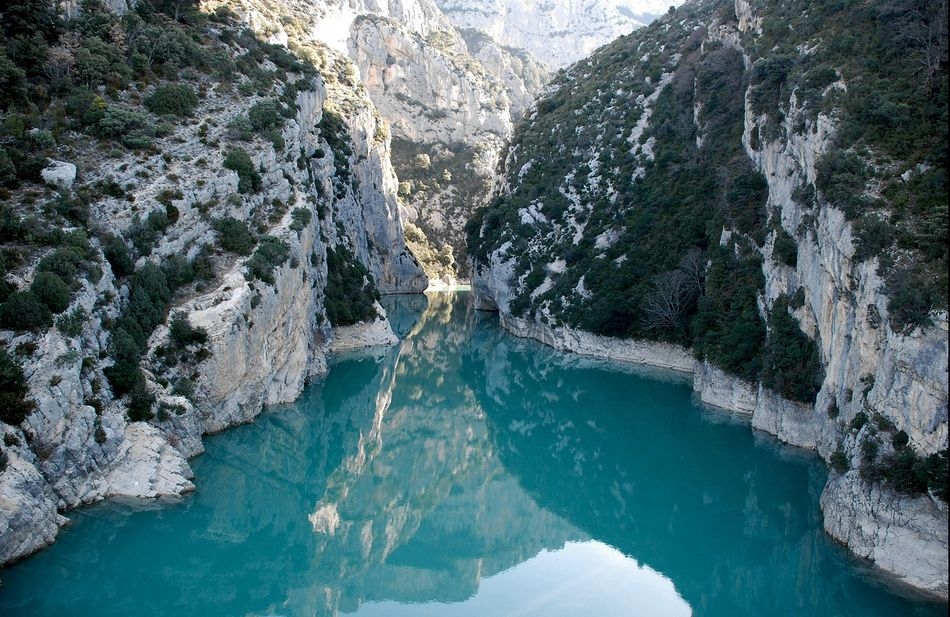 Canyons of Italy: 10 of the most beautiful Canyons of Italy: Where are the most beautiful?

Italy’s canyons are magnificent masterpieces of Mother Nature, formed in large numbers as a result of the erosive activity of the numerous rivers of the Apennine Peninsula. Locals and associations of small borgoes have ennobled many of them, paving paths in the heart of the gorges and building suspended bridges from which you can admire the panorama. We have found 10 Italian canyons worth seeing at least once in a lifetime.

This reserve is located in the Marche region, in the provinces of Pesaro and Urbino. It is bounded by the peaks of two mountains: Pietralata and Paganuccio. You can admire them by driving through the Furlo Pass. There is also a canyon created by the Candigliano River, which is a tributary of the Metauro. This was the first place of our “Canyons of Italy” selection.

The waterfall di Trett, located in the upper Val di Non valley, is a surprisingly scenic sight for those who prefer natural beauty to outdoor activities in the cities. It is located between the small villages of Trett and San Felice. The height of the waterfall is 100 meters, and its jets fall directly into the local canyon formed by the flow of the river Rio Novella. Read more about the most beautiful Italian waterfalls in this article .

The Orrido Gorge, located in the village of Bellano, was formed millions of years ago by the course of the Pioverna River. Inside the gorge, the workers of the local association Pro Loco have built suspended bridges and paths, so you can admire for hours the panorama under your feet and several small local waterfalls without any fear at all. Orrido di Bellano Canyon is the third place in our “Canyons of Italy” selection.

READ
What is Museum Island?

In the central square of Fondo, a village located in the valley of Val di Non, begins a hiking route leading to the canyon of Rio Sass, formed by the course of the local river of the same name. In the canyon you will see several waterfalls and caves with stalactites and stalagmites.

The fifth place of our selection “Canyons of Italy” is Orrido della Slizza Canyon, which is located in the Italian region Friuli-Venezia Giulia, in the location of Tarvisio Boscoverde, near the so-called “Devil’s Bridge”. The canyon can be accessed by walking along a forest path, and across the rocky ridges of the gorge with the blue river at its deepest point can be crossed on wooden bridges laid by members of the local association Pro Loco. In the canyons you can also watch rare species of birds. We wrote about this in our article B e rdwotching in Italy .

Not far from the center of Cavalese, a location located in the Trentino-Alto Adige region, is the Bletterbach Geopark. It can be reached from two local villages at once: Aldino and Redagno. This gorge is formed by a rock close in composition to feldspar porphyry. Its maximum height is 20 meters. Bletterbach Canyon is a UNESCO World Heritage Site.

The Canyon of Orrido di Nesso, formed at the confluence of two rivers, the Tuf and the Nose, flowing into Lake Como, is one of the most visited tourist sites in the region of Lombardy. Here you will see not only the spectacular panorama of the canyon, but also the famous medieval bridge with the waterfall, whose hydraulic energy once powered the local mills and the spinning mechanisms of the weaving mill. This was number 7 of our Canyons of Italy selection.

The location of Anversa degli Abruzzi, in the province of Pescara, begins a hiking route leading to a local canyon in the Sagittario Canyon, whose walls are formed by limestone rock exposed by the erosive activity of the river of the same name. And the old mill now houses a geological museum.

Supramonte mountain complex, which is located on the island of Sardinia, hides in its heart of a surprisingly beautiful and dangerous canyon Garropu, which is 500 meters high. The walk along this canyon is one of the most difficult hiking trails intended only for professionals. Garropu is the penultimate spot on our “Canyons of Italy” hit list.

And rounding out our “Canyons of Italy” selection is Salento Bauxite Canyon. Not far from Otranto, one of the locations of the Salento Peninsula, is an old canyon where a deposit of bauxite, an ore composed of oxides of aluminum, iron and silicon, was once discovered. Over time, a lake was formed here whose deep blue water contrasts beautifully with the blood-red landscape of the canyon. We’re on Yandex Zen