The Gili Islands are a group of small islands in Indonesia, located a few kilometers off the northwestern tip of Lombok and 35 km northeast of Bali.

There are three islands in total:

The islands are a very popular vacation destination for domestic tourists. 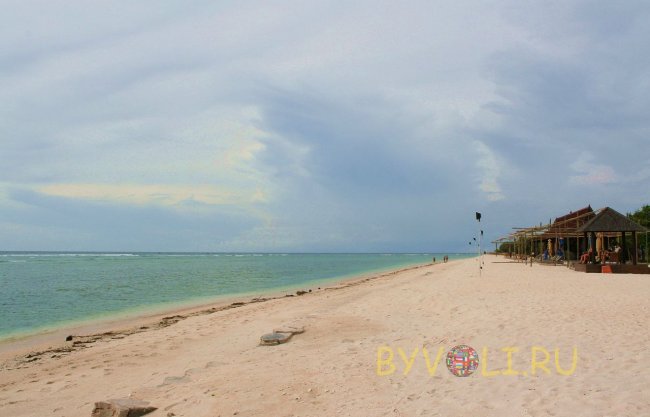 Strictly speaking, there are more islands called Gili, but the rest are almost uninhabited and tourists are usually there for 1 day as a tour. On the same three above-mentioned islands, there is everything you need for a long stay of a week, month or year.

The word “Gili” translates as small island and this name is given to those that have small size. That is why there are so many of them.

We will describe only three of them, which are more or less civilized: Gili Trawangan, Gili Meno, and Gili Air. They have a lot in common, but there are also differences. The first is the largest, it has the strongest infrastructure with hotels and inexpensive gestas (bungalows or 1-2 storey buildings), restaurants, bars with live music, travel agencies, massage, discos. Large selection of ATMs of different Thai banks. In the evenings there are fire shows on the beach. Gili Meno – the quietest of the three, no discos and just a couple dozen hotels of bungalow type. The third island – something in between the first and second. 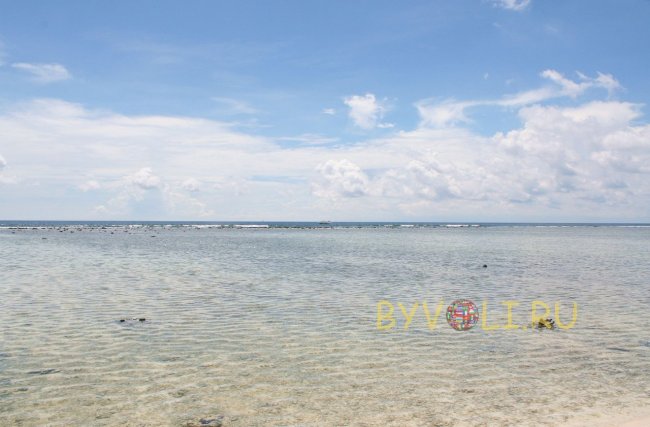 The general features are as follows: a complete absence of motorized transport (all move on horse-drawn carts, bicycles and on foot), unspoiled nature, beautiful beaches (almost all deserted), amazing sunsets, the clearest transparent sea. There are no police, water activities (scooters, skis), shopping malls and large stores. 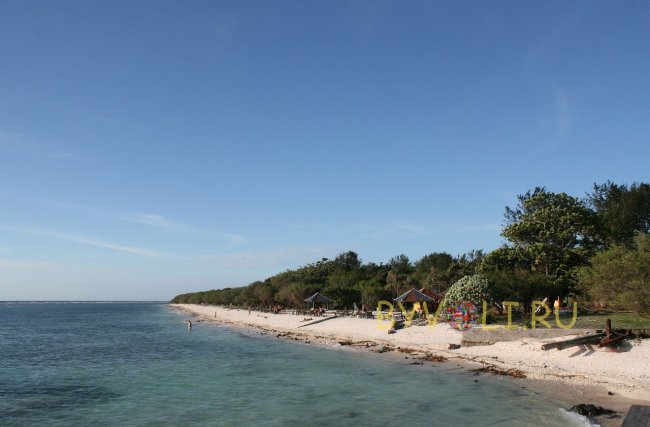 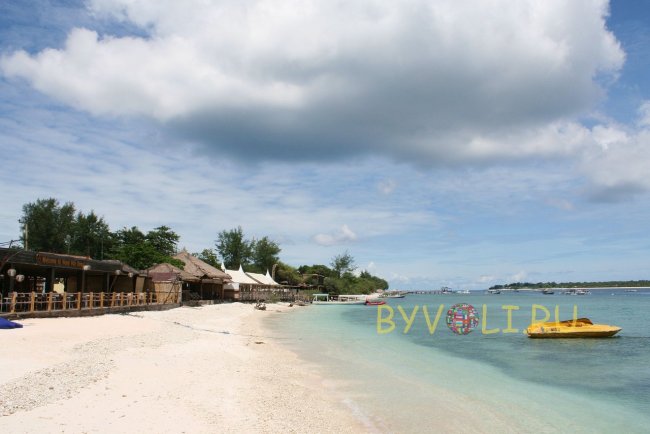 This is the most popular and crowded island of all. It has the most well-developed infrastructure, with hotels of different price categories, restaurants, bars, ATMs, currency exchange, massage parlors, travel agencies, discos. Only here you can find budget accommodation for 80,000 rupees (about $ 7), while the choice is very large (several dozen proposals). Popular entertainment is horseback riding and kayak boats.

READ
Northland - one of the regions of New Zealand 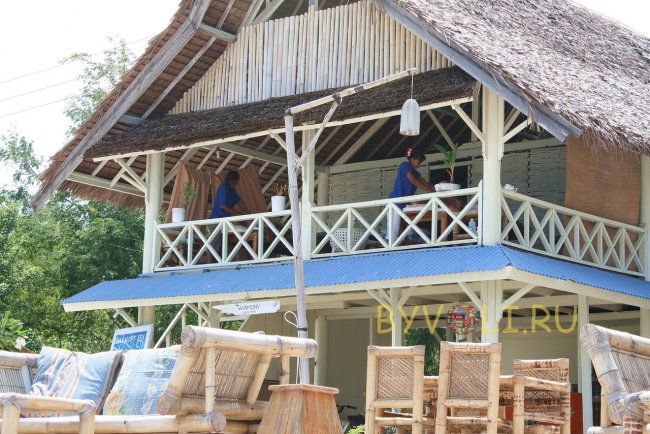 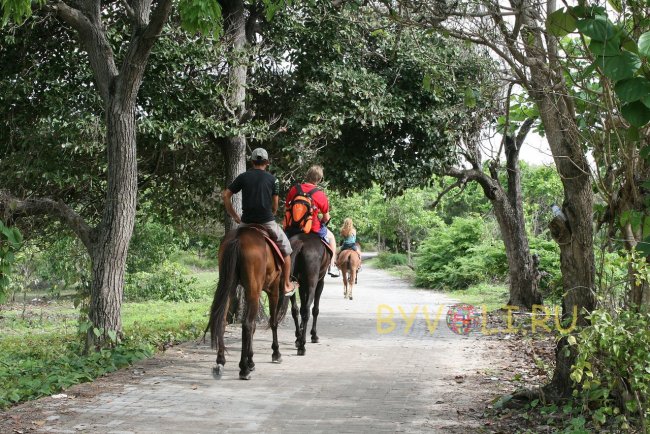 All the partying is on the east side, the same place where the pier is. If you need some action, it’s better to stay there. The rest of the coast is almost no people and hotels, and if you settle in, you will be in a real “bounty” among almost wild nature.

On Gili Trawangan live quite a lot of Indonesians (in the center of the island). They fish, raise chickens, goats and cows.

Not far from the southern tip there is a hill, which offers panoramic views of all the other islands of Gili, as well as Lombok. 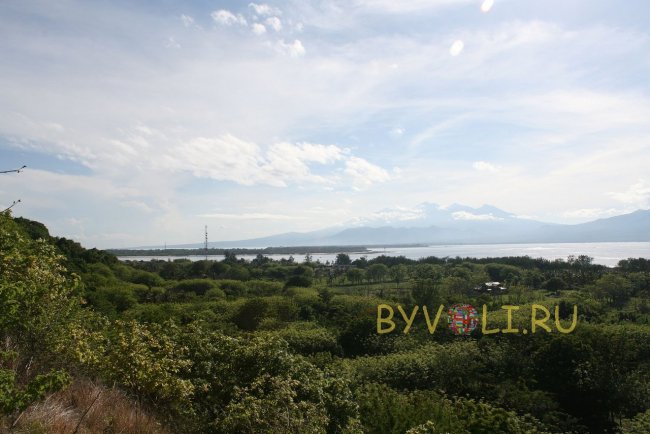 This is the closest to Lombok. It is smaller and has simpler infrastructure. There are less people and entertainment at Gili Air too, there are only few discos under the open sky (to the east of the pier). In the center of the island you can stay for 100,000 rupees a day ($ 9) and 1,500,000 a month (about $ 140). 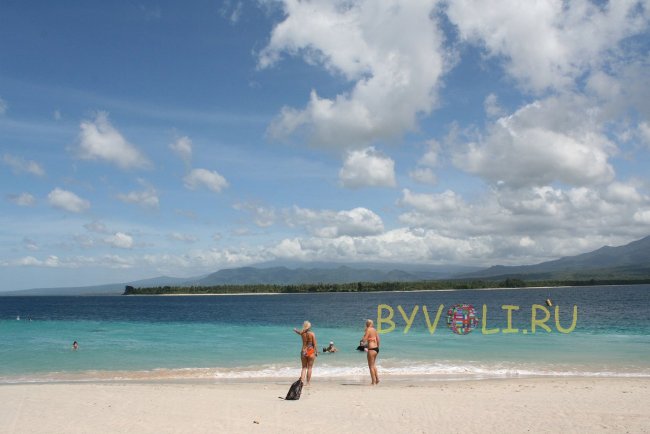 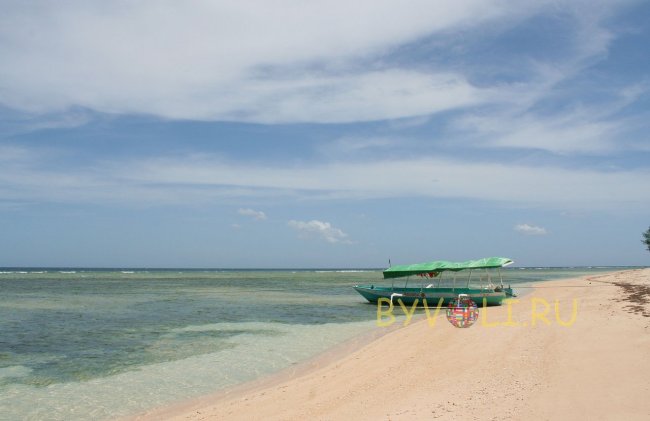 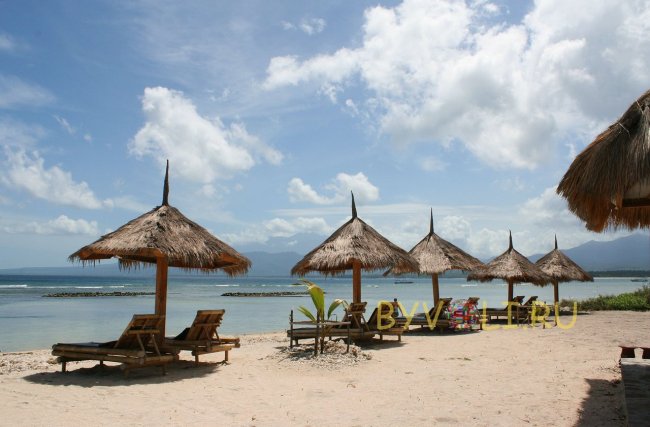 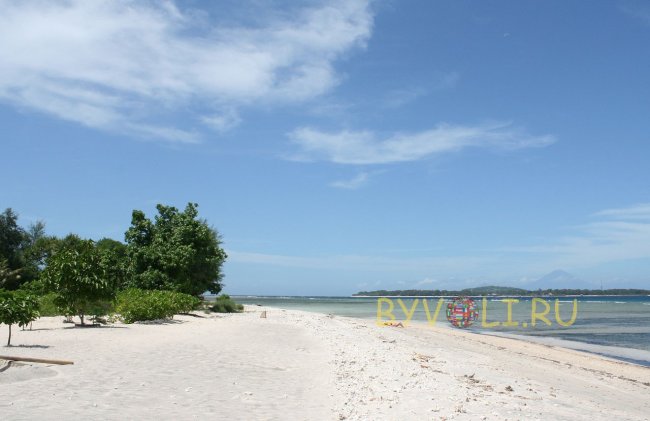 There is some action after sunset only on the east side of Gili Air near the pier. There you can exchange currency, withdraw money from cards, have a couple of massage parlors and an Internet cafe (10 minutes costs 400 rupees – $0.3). The rest of the beach is quiet day and night.

This is the central island. Has about the same area as the previous one. You can walk around in an hour. There are not many budget hotels on Gili Meno. There is no action, no discos and other entertainment, only bungalow hotels and restaurants on the beach. 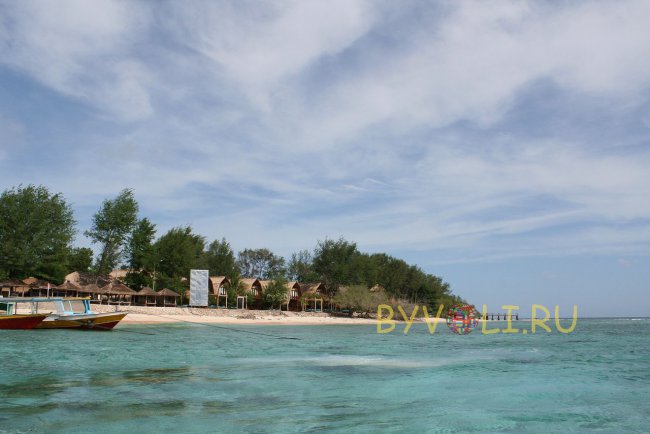 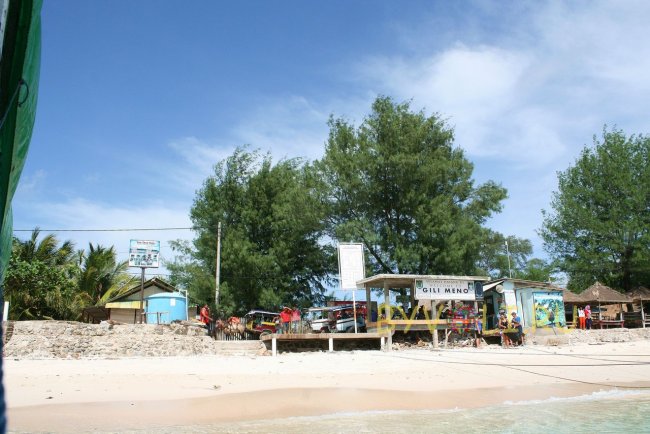 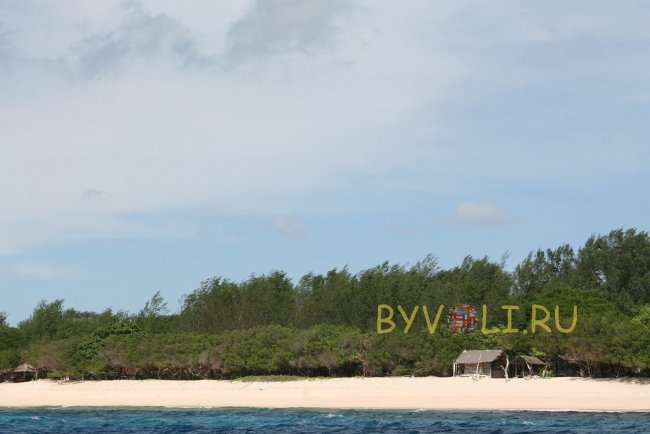 Gili Meno is just perfect for a wild holiday. We can guarantee that you won’t see more than a few people on most beaches, especially during the low season from December to March. At night, you can feel like you’re on a desert island if you come to the beaches where there are no hotels.

Gili’s past is not as eventful as that of the neighboring islands. History begins with World War II, when the Japanese used the islands as a prisoner of war camp and lookout point (on a hill on Trawangan). Now there is nothing reminiscent of it except a sunken patrol boat south of Gili Air. 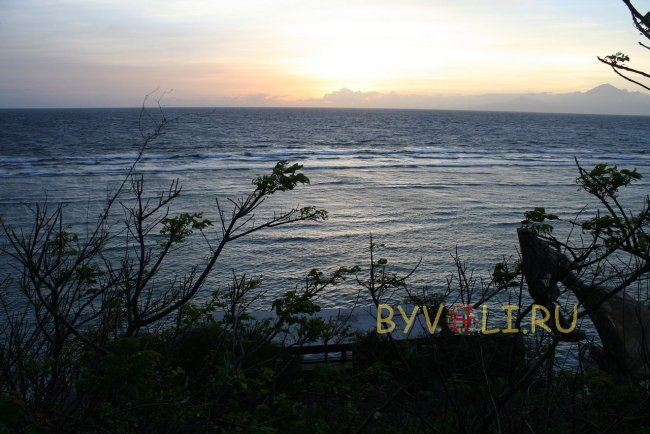 The lack of ancient settlements here came from the fact that there are no sources of fresh water – rivers, lakes. The first villages began to appear only in the 70s of the 20th century. In the beginning, the inhabitants were engaged in fishing, and then began to plant coconuts.

The turning point in history begins in the 80s, when the first tourists appeared here. They were hippies from neighboring Bali. First began to develop Gili Air, but then the palm took over Travangan, because it was closer to the diving sites. The first mini-hotel on it appeared in 1982 and was called Pak Majid. In 2007 it became the Pesona Resort and Restaurant. 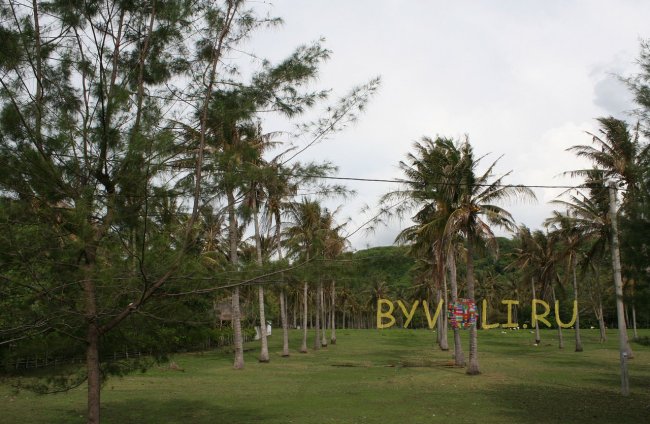 At the turn of 80-90’s the government decided to develop tourism here, for which some funds were allocated. There was also private investment. The number of hotels, restaurants, dive centers and other infrastructure increased.

By the early 2000s, these were established independent resorts, where you can not only go on a day trip, but stay for the entire vacation. In 2005, the company Blue Water Express organized the first high-speed boats from Bali (travel time not more than an hour and a half). Currently, there are about a dozen such companies.

The Gili Islands on the map of Indonesia

How to get to Gili

There is no airport on the islands, so you can get to Gili only by sea. Visitors usually arrive here by ferry or speedboat from Bali, and less frequently from Lombok. 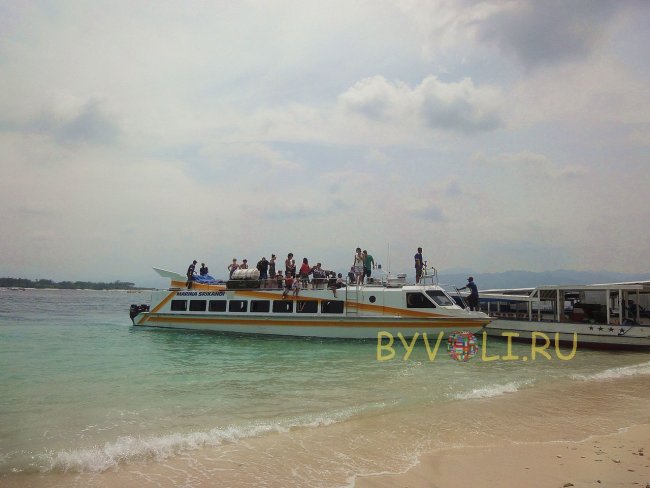 If you are interested in the nearest airport to the islands of Gili, it is located on the island of Lombok – Lombok International Airport. From there you can get to the port of Bangsal and then take a ferry.

READ
11 things to do in Bordeaux in a day, France

You can buy the best air tickets with the help of special search engines, which collect data from all airlines.

Read more about how to get to Gili.

Bicycles are available for rent (about $5 a day) and horse-drawn carriages (can fit 4 people). There are no motorized vehicles: no cars, no motorcycles. 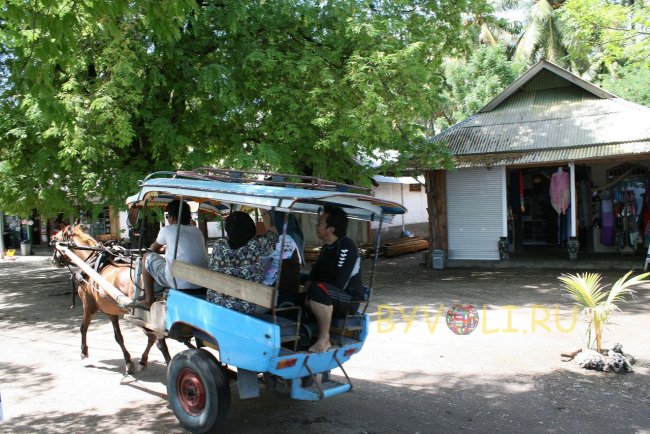 All three islands of Gili have a ring road, but the asphalt is not everywhere and is often replaced by sand.

Why go to Gili

Gili is a place exclusively for relaxation and beach holidays in Indonesia. Accordingly, the islands are not suitable for everyone, but only for those who want to forget about civilization and just enjoy nature. There are absolutely no sights – no waterfalls, no caves, no historical and architectural delights (only a modest mosque on Trawangan). No shopping either – only tents with mostly beachwear and shoes. 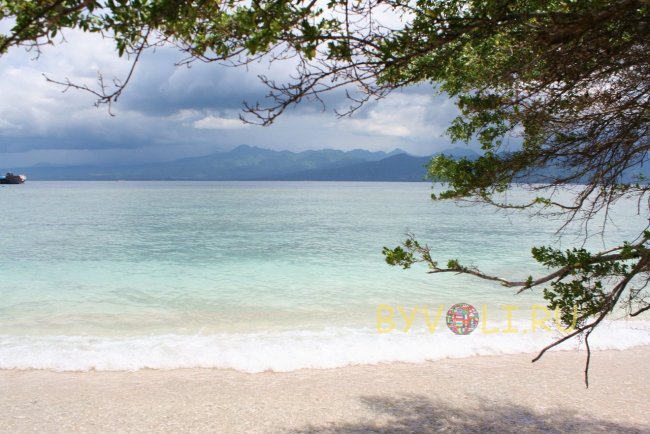 Who should go to Gili:

– This place is the best in Indonesia for lovers of semi-wild recreation (i.e. when the infrastructure is present, but only in a minimal amount: hotels, restaurants and bars). A lot of people only in the eastern part of Trawangan, on all other beaches God forbid it takes a dozen people. There are large areas of the coast, where there are no tourists, hotels and restaurants, only clean sea, sand and palm trees; 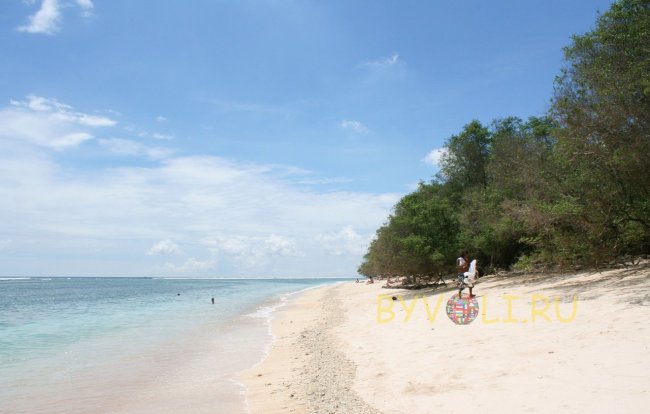 – It is worth going and lovers of diving and snorkeling. There are dive centers on Gili, which organize scuba diving. And for snorkeling and diving you do not even need to go anywhere – a lot of interesting fish swimming near the beaches. All equipment can be rented and bought on the spot, nothing to bring;

– A trip to Gili will be perfect for honeymooners and lovers who want to enjoy only the company of each other and who do not need anything else. A romantic dinner in a restaurant on the coast, beautiful sunsets on a deserted beach – what could be better; 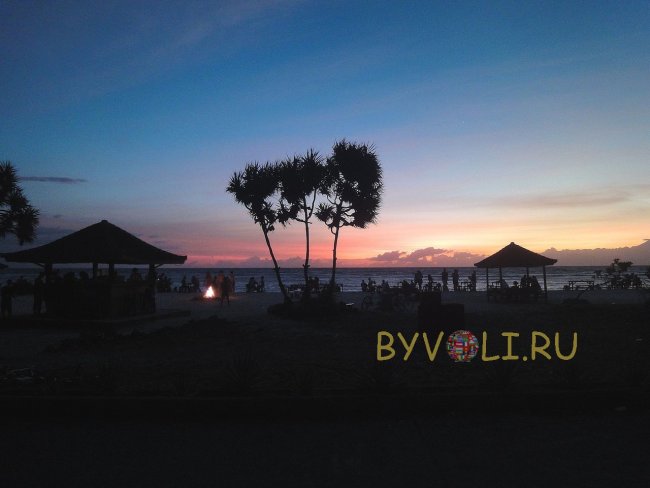 – The sea on Gili is shallow (shallow entrance), so you can come here with children and do not fear for their safety in the water. Just do not take very young, as the island has no stores with baby food and diapers, no pharmacies. There are some improvised clinics at Travangan hotels, but no hospitals and serious doctors. You will have to swim (and then take a few hours by cab) to Bali or to Lombok, the island’s capital;

– We recommend to go and those who want to just sunbathe and swim during the day, and in the evening to dance in discos. For them, it is better to settle on the east side of Trawangan, near the pier. It is also advisable to come in high season from April to November or New Year, as the rest of the time there are few people and hang out only a few people, less often a few dozen. 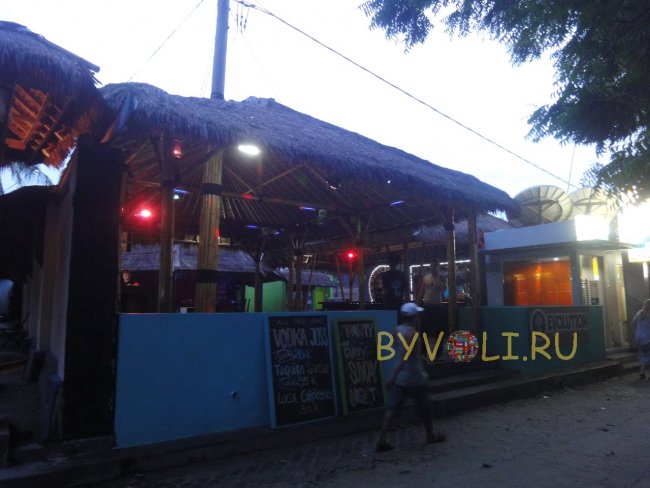 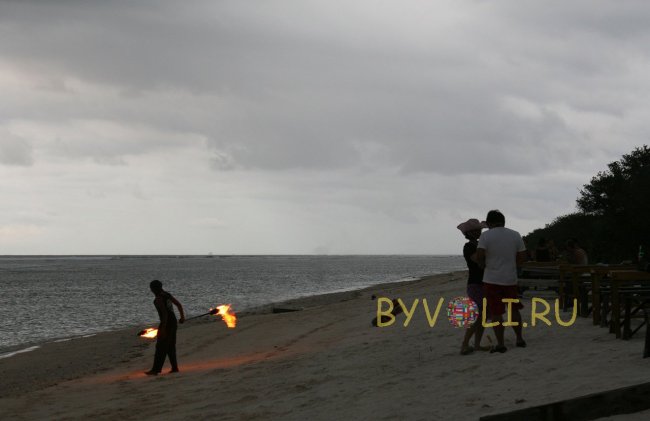 – The trip will please fans of hallucinogenic mushrooms, which are almost legal here and a portion costs $12-15. Even offered in some of the hostels at check-in, especially if the owners are Rastamans and hippies. There’s pot, too, but it’s talked about in whispers because it’s illegal.

– Absolutely do not recommend Gili to lovers of civilized recreation, who are used to seeing in the resort a large selection of restaurants with different cuisines of the world, shopping centers, stores, supermarkets, bars, water activities, numerous temples and attractions, banks, available girls. None of this is here;

– couples with children of preschool age. We wrote about the reasons for this above;

– Surfers also here is nothing to catch, unlike neighboring Bali. There are almost no waves;

– The active youth, who can get bored after a couple of days because of the lack of entertainment.

The Gili Islands have the same climate as Lombok and Bali, that is, tropical humid. The temperature at any time of year +28 … +33. The sea warms up to +26 … +28. The rainy season from mid-November to mid-March. Fortunately they are not every day, often starting only in the afternoon. It may drizzle a little rain all day and night (it does not interfere with swimming).

* Data was submitted by Yandex.Weather service.

Hotels on Gili are mostly bungalow type. The most expensive are located directly on the coast, the most expensive are in the center of the island. There are almost no swimming pools. Please note that in inexpensive hotels water from the shower can be brackish, and sometimes openly salty, almost like at sea. 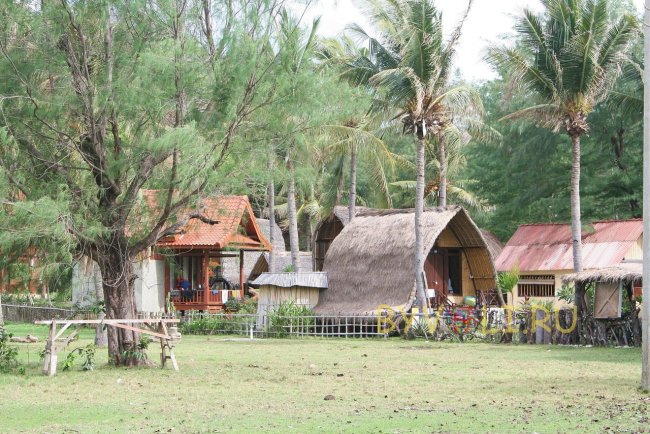 Prices for hotels depend on the category and season. The most inexpensive accommodation can be rented from December to March. If you are a budget tourist, then look for accommodation in the center of the islands, within walking distance of the coast. There it is quite feasible for 80,000 rupees ($7) to rent a room with a fan in a one-story gesthouse.

The largest selection of hotels is on Bookings; we recommend comparing prices with Agoda, where accommodations are just as good.