25 spooky ghost towns around the world

Most of these abandoned and derelict settlements bring fear and anxiety. There are no people in them, no life. There is nothing. They are cities with terrible fates, destroyed by wars and banditry, floods and hurricanes. The very description of such places can make you feel uncomfortable, and to visit them… 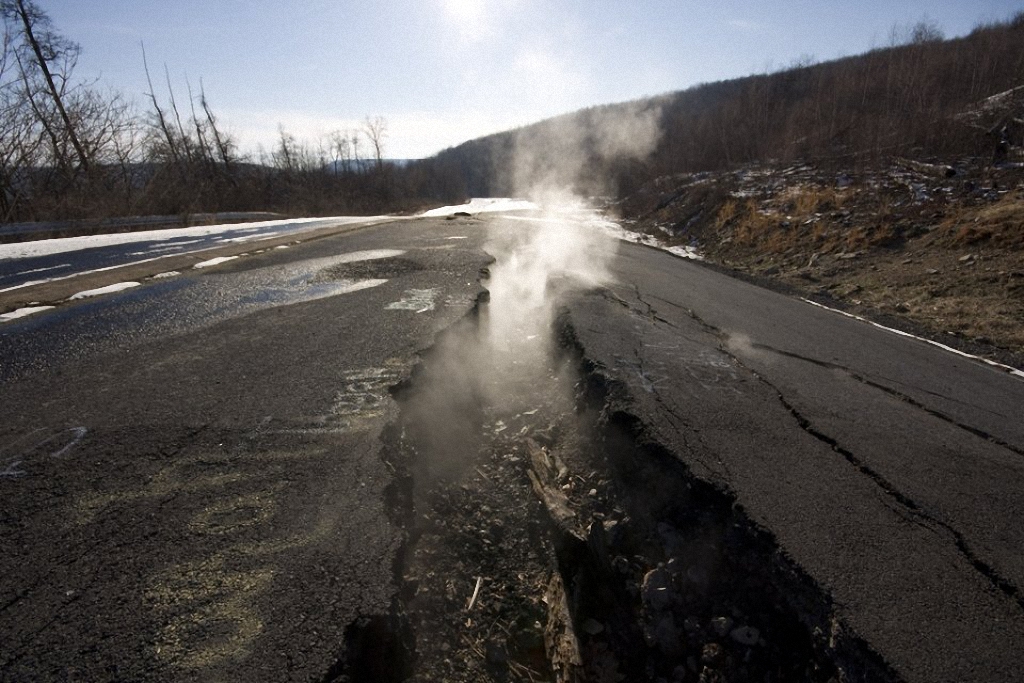 In 1962, for some unknown reason, the coal reserves beneath the town caught fire. Hard coal can burn for a very long time, all it needs is access to oxygen. Even now, Sentreilia is burning from the inside out, with clouds of smoke billowing out of cracks in the ground. 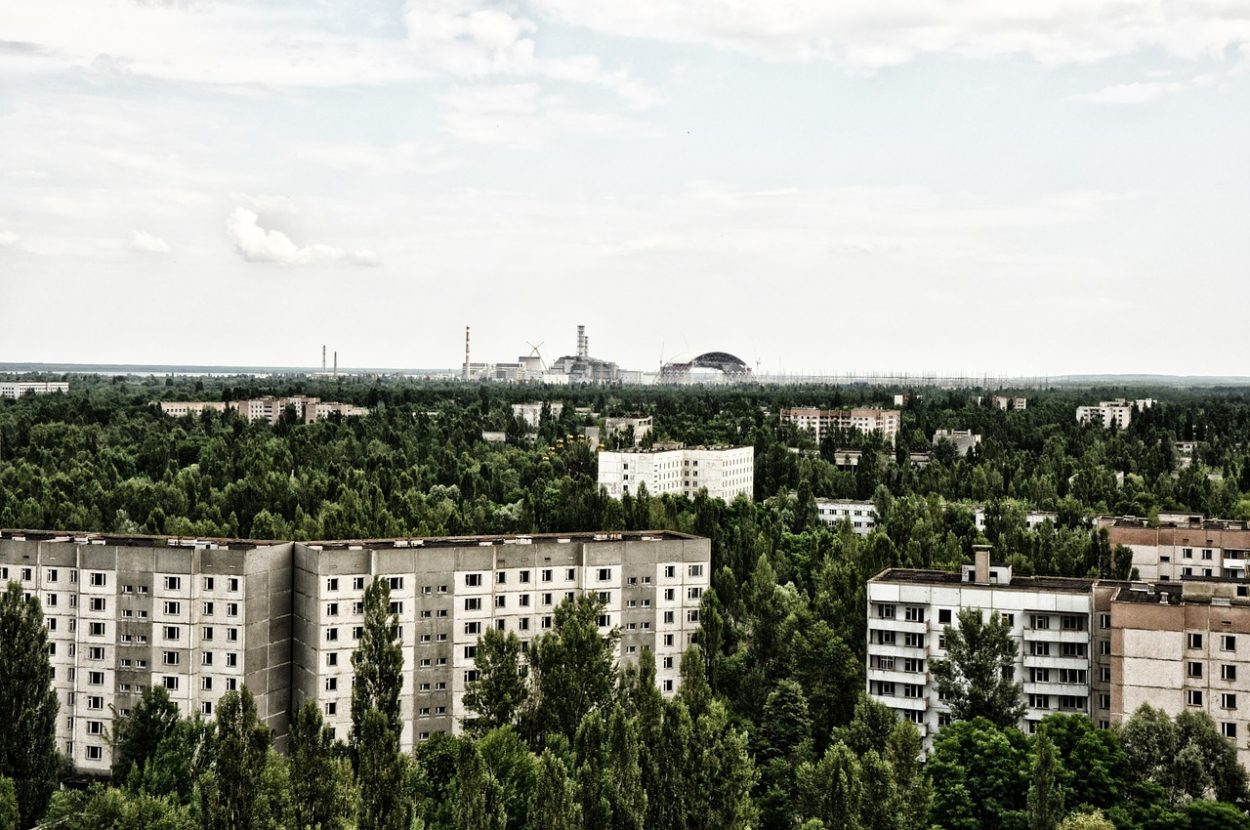 In April 1986, there was a disaster at the Chernobyl nuclear power plant that contaminated everything around the plant with radiation. The town of Pripyat, whose residents were evacuated soon after the accident, found itself in the created exclusion zone. Radiation levels have decreased these days, and Pripyat is visited by street artists and photographers. But prolonged stay in the radiation-soaked town is dangerous to your health.

The city is notorious for its high radiation levels, France. On June 10, 1944, SS troops entered a French village. The Nazis killed everyone they could. More than 600 men were shot, all the women and children were driven into the local church and then burned alive. The settlement was deliberately left without reconstruction by the French government – it serves as a memorial to the victims of the senseless brutality of war. 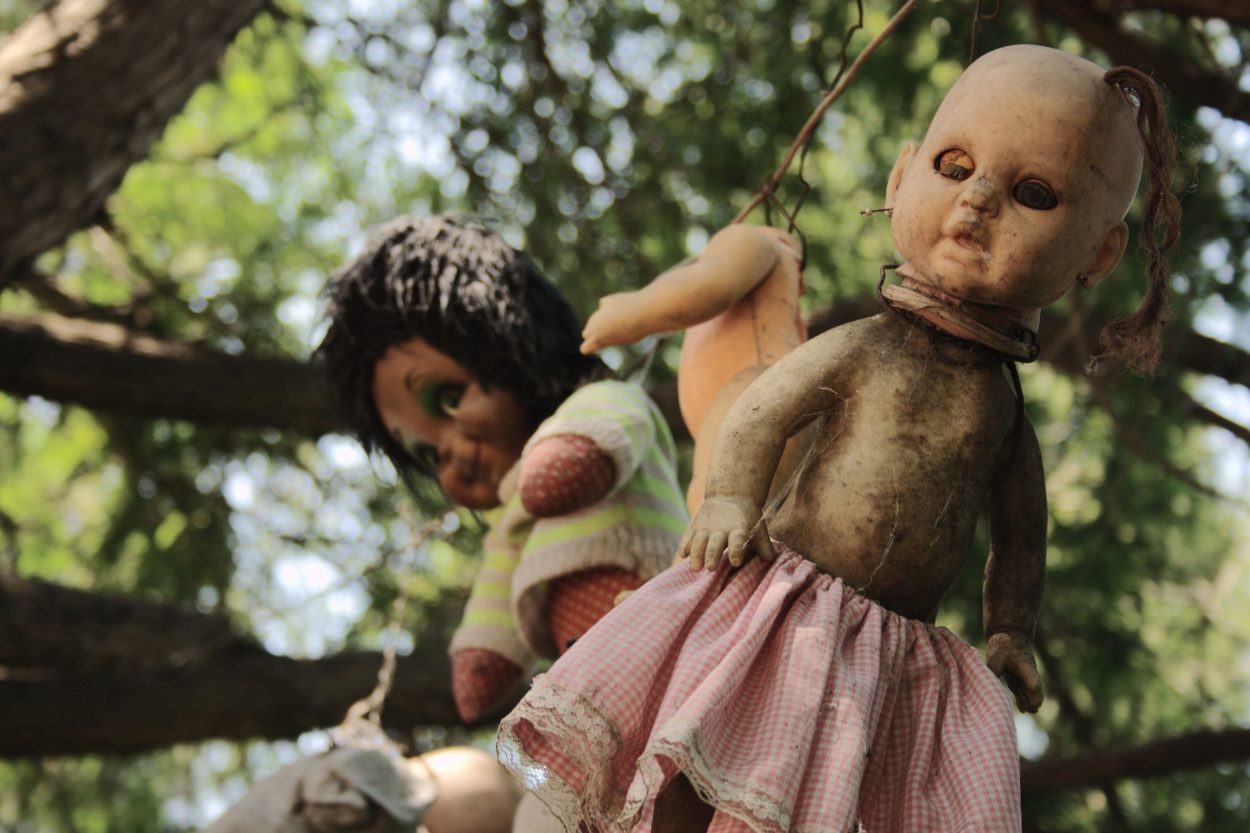 This island on the lake seems to have been taken from a horror movie. Hundreds of creepy, decomposing dolls are hung across it. The entire “entourage” was created by one man – Don Julián Santana. The man allegedly covered the island with dolls in memory of a girl who drowned in the lake. Santana himself drowned in the same lake in 2001.

READ
Java Island, Indonesia: where is it, when to go and what to see one of the most famous amusement parks in Asia, Okpo Land was transformed almost overnight. In 1999, a duck-shaped cart went off the slide rail and hit a girl to death. It wasn’t the first incident: A few years earlier, a man had died on the same ride, but the park remained open. After the second death, the owner disappeared for fear of punishment, and the entire amusement park became a frightening, dilapidated place. 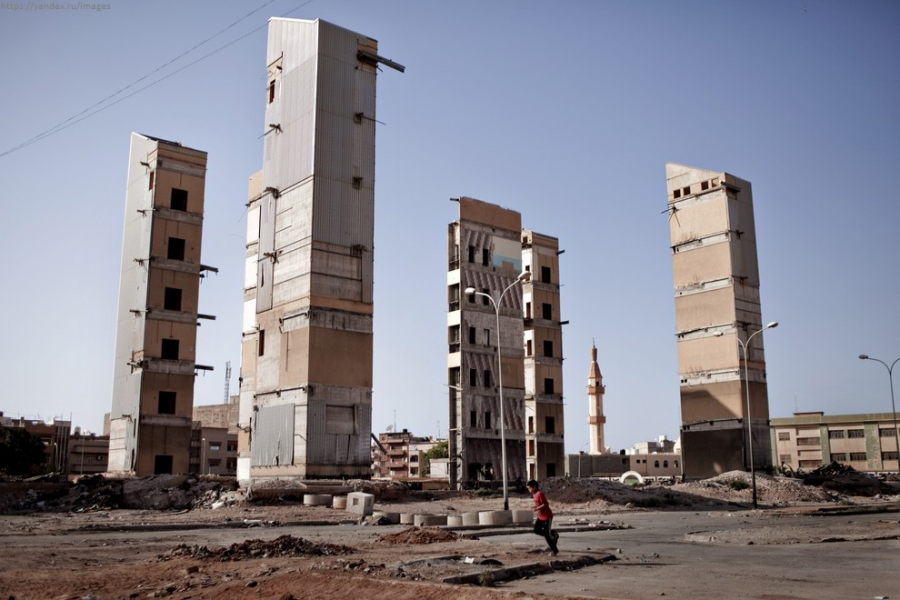 Residents of this Libyan town were driven from their homes by resistance forces because they supported the Gaddafi regime. He was overthrown and killed in 2011, but the former inhabitants are still forbidden to return to the town – it is guarded by troops. 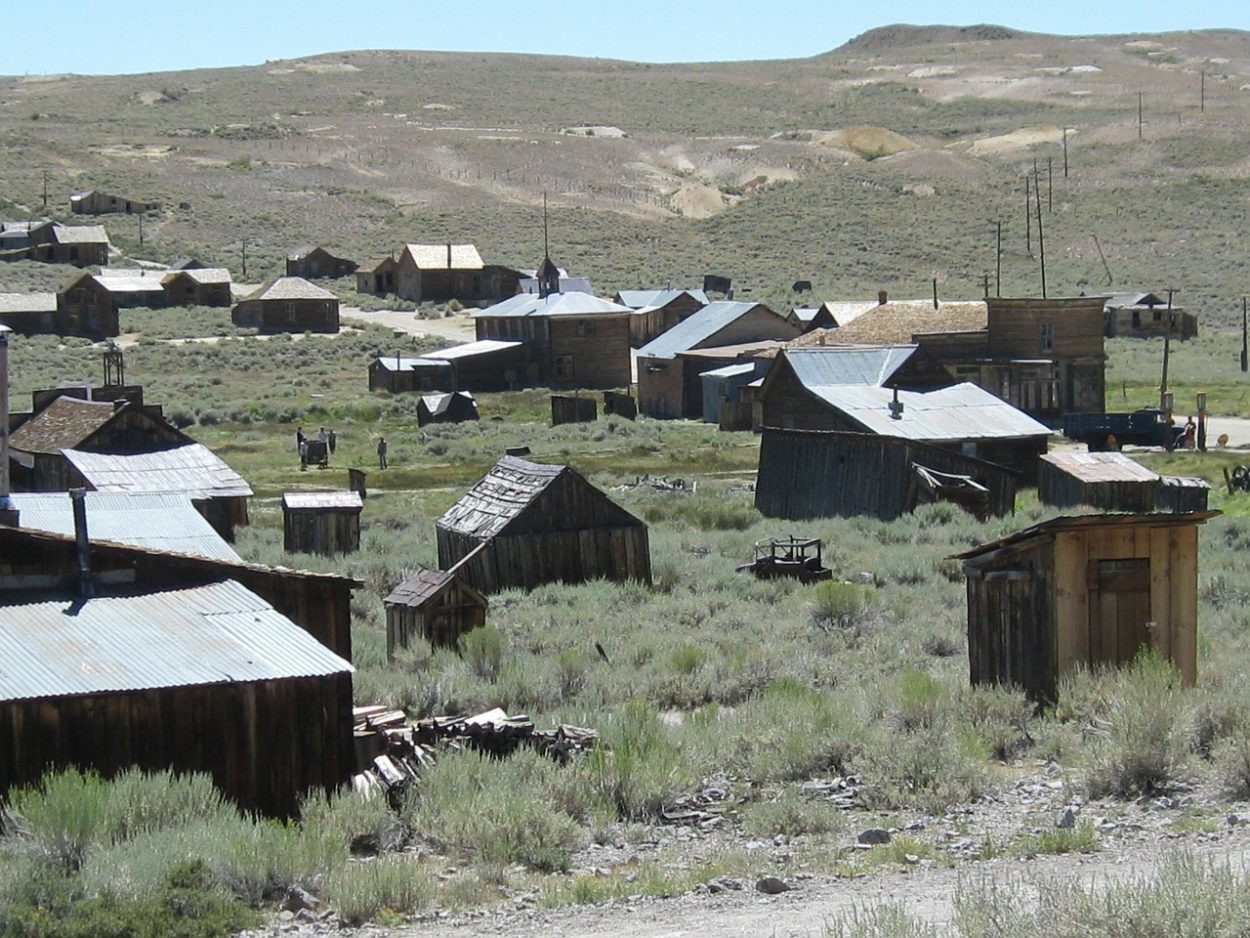 During the gold rush, Bodie was one of the main crime centers of the Wild West. Robbery, murder, drunkenness and prostitution were rampant there. After the fall in the price of gold, the town began to become deserted, and two fires finally destroyed it. Now Bodie has been turned into a reenactment of a Wild West town. The city was Alabama’s first state capital, but it was blighted by natural disasters. Numerous floods and devastation after the U.S. Civil War turned Catoba into a . 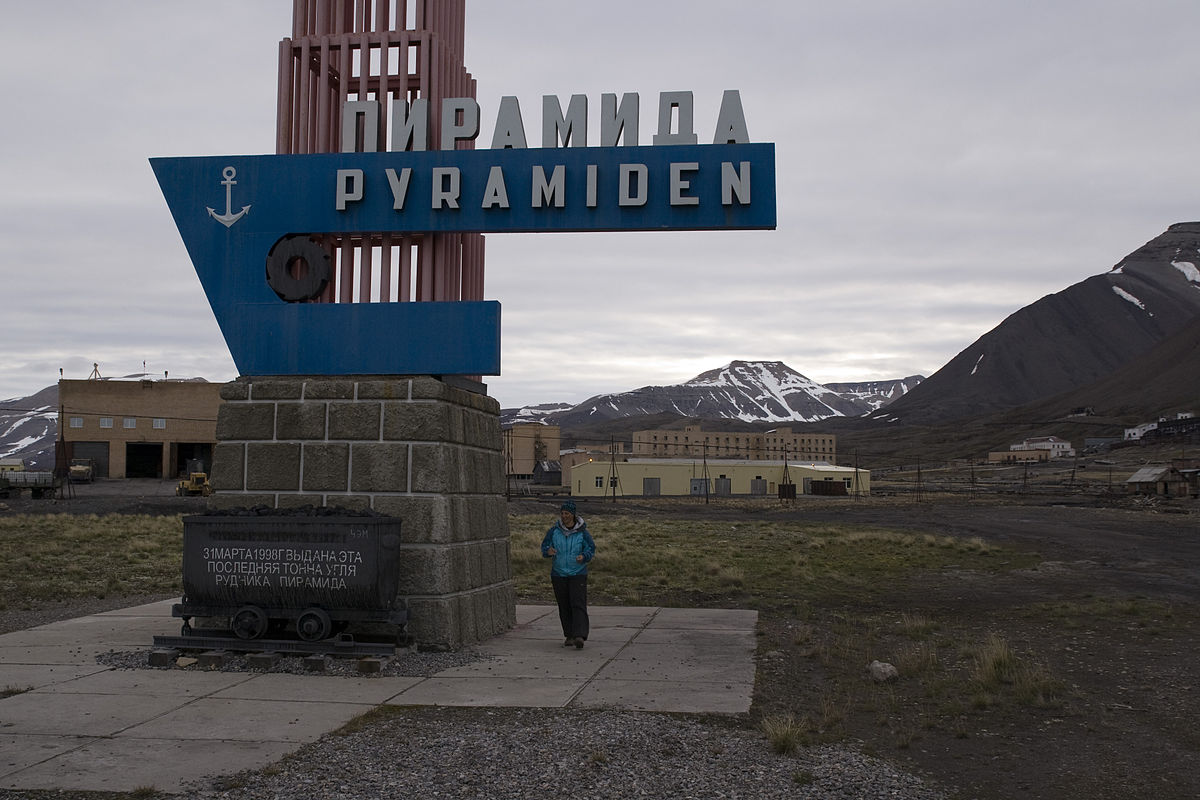 The mining village of Pyramid in the Svalbard Archipelago belonged to the Soviet Union, but was abandoned in the nineties, after the collapse of the USSR. The situation was exacerbated by a terrible car crash: a plane crashed very close to the town, and several of the remaining residents were injured. In 1998 the Pyramid was finally deserted. The town is an exact replica of downtown Paris, with a population of 10,000. In reality, however, no one lives there, and Tianducheng is just a strange place, unused and unneeded.

READ
Lake Orta, Italy: how to reach, what to see and where to eat Henry Ford bought a plantation in Brazil, hoping to gain a foothold in the South American market and get rubber for tires from his own sources. Fordlandia was supposed to be a workers’ paradise, but it became hell for the workers: the trees used to make the rubber were sick and withering and the working conditions were unbearable. In the end, the project was shut down, but the small town remained. The town of Imber Photo: Euromag.ru

During World War II, camps for the training of soldiers were established on this territory. All residents of the surrounding villages were withdrawn so as not to interfere with the drill processes. To this day, no one is allowed back in, although tourists can visit several abandoned towns and villages. Adolf Hitler’s parents lived in this Austrian town. After the Anschluss, when Germany gained control of Austria, the Führer ordered the bombing of Döllersheim for unknown reasons. There are hypotheses that the dictator did this to hide certain details of his life from the public. 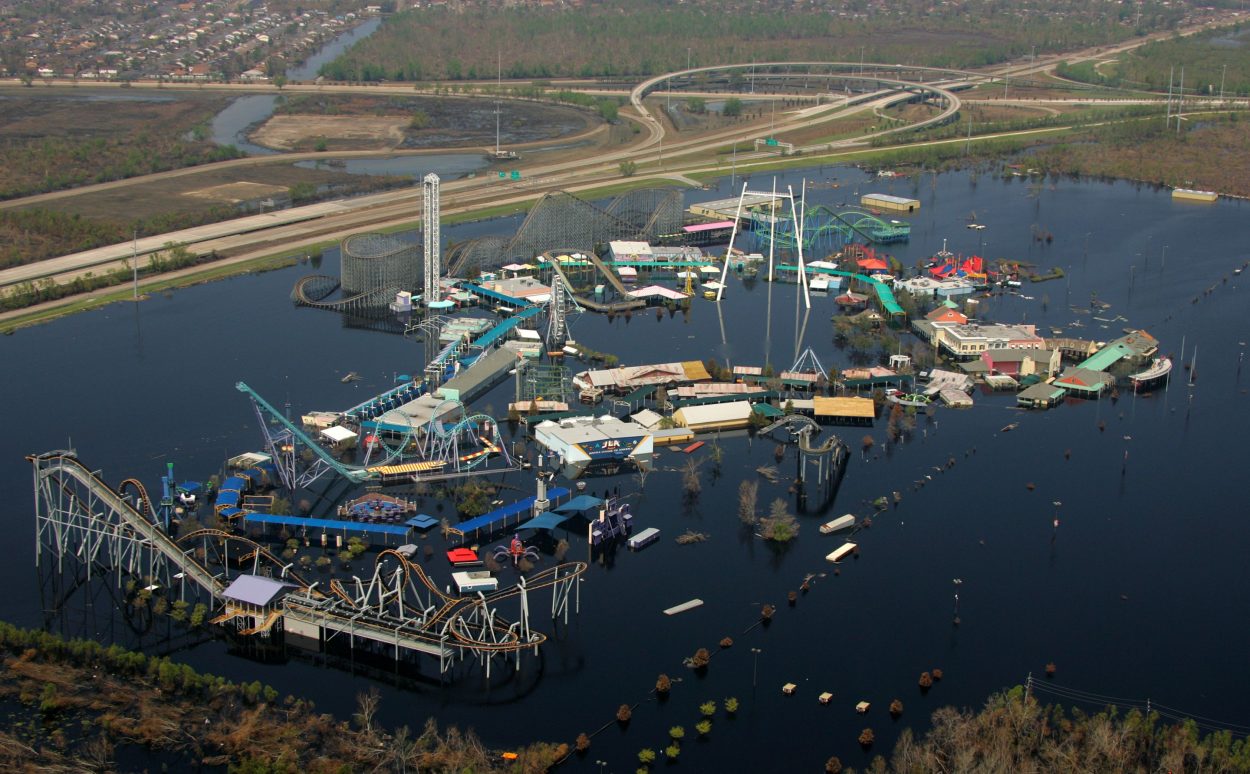 In 2005, Hurricane Katrina hit New Orleans and hundreds of thousands of homes were destroyed and abandoned. One of the hard hit areas was Six Flags New Orleans Amusement Park, which was left to its own devices and is now a creepy place full of half-decomposed clown statues and abandoned rides. A sugar plantation in Florida was ravaged and burned during one of the raids. But the remains of the lord’s homestead, mill, and slave barracks remain. Balouille is now turned into an archaeological park. 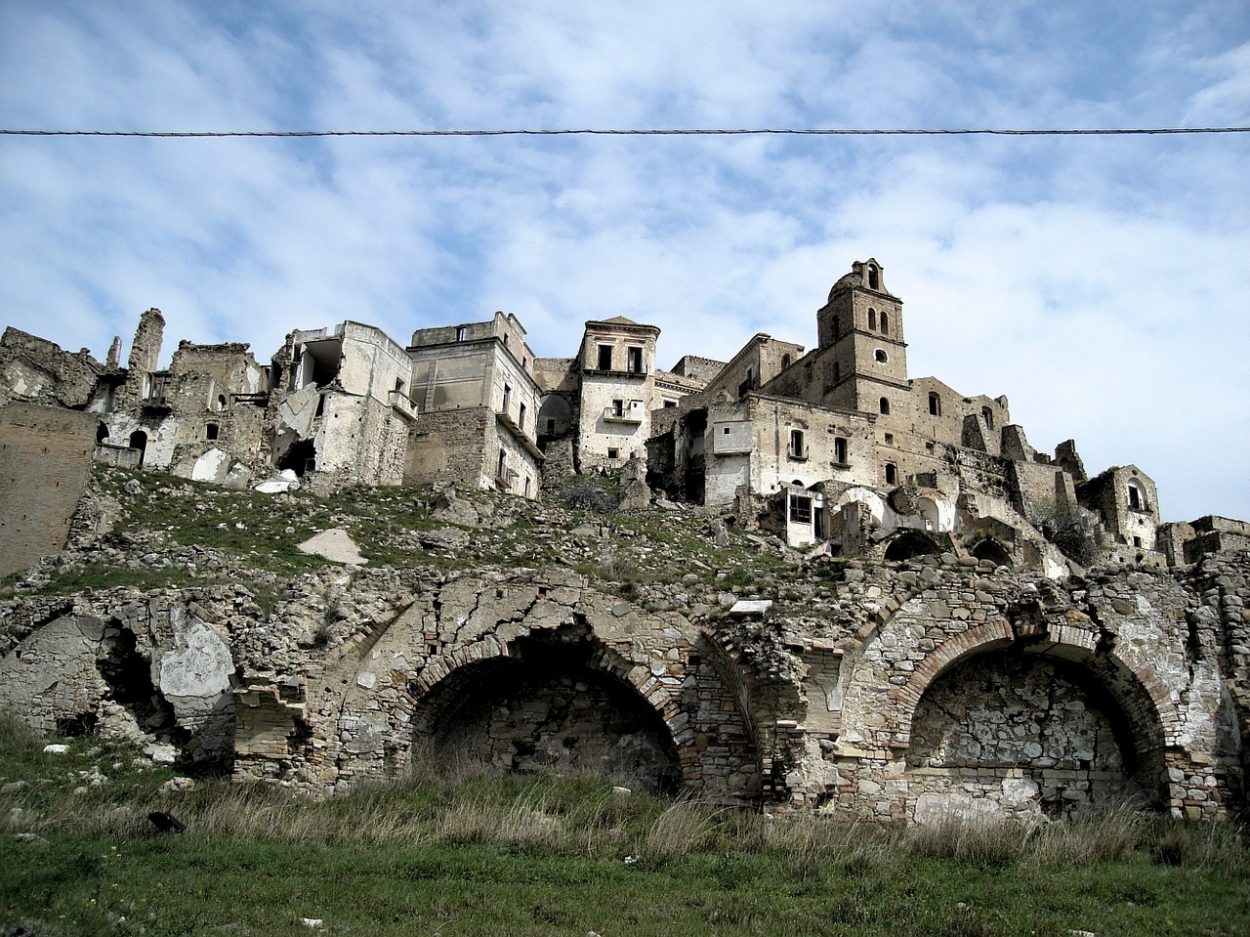 Founded back in the Middle Ages, the village of Craco survived a lot: the plague, wars, and devastation. But it could not resist nature: in the XX century it was destroyed by a landslide. Destroyed village was abandoned, but it was able to remind the world of itself as a set for the movie “The Passion of the Christ.

READ
Six best things to do in Sicily Like many other thriving cities, the settlement on Hashima has lived exactly as long as the mine under the island. the island had the highest population density in Japan, and now only film crews of post-apocalyptic movies wander there. Cambodia has always been a troubled country, and the abandoned settlements are clear proof of its troubled past. Bokor Station was built by the French, then abandoned by them, then it was used as an outpost by the Khmer Rouge, but they left Bokor too. So the station was abandoned twice. Nicknamed the “House of Hell,” St. Mary’s College of Maryland was abandoned after a fire, the cause of which could not be determined. New buildings for the institute were erected nearby, and the old ruins became an inexhaustible source of urban horror stories and legends. 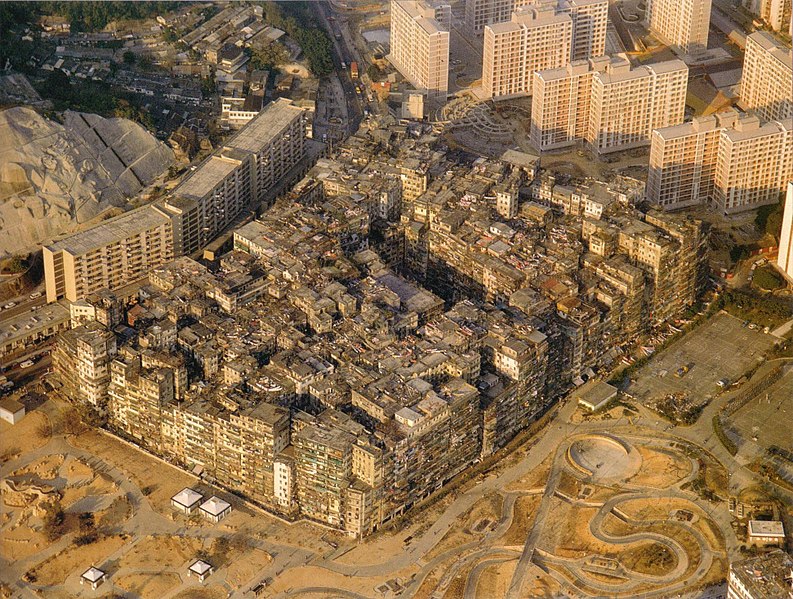 Kowloon was the center of crime in Hong Kong, ruled by gangsters and the Mafia. The Chinese government decided in 1987 to destroy this hotbed of drugs and gambling. Kowloon was demolished but the ruins are still there. Aghdam was the center of the war between Azerbaijan and Armenia, a coveted territory for both countries. Fierce battles took place there, which resulted in the complete destruction of the city. Aghdam became a model of the expression “If not for me, then for no one.” 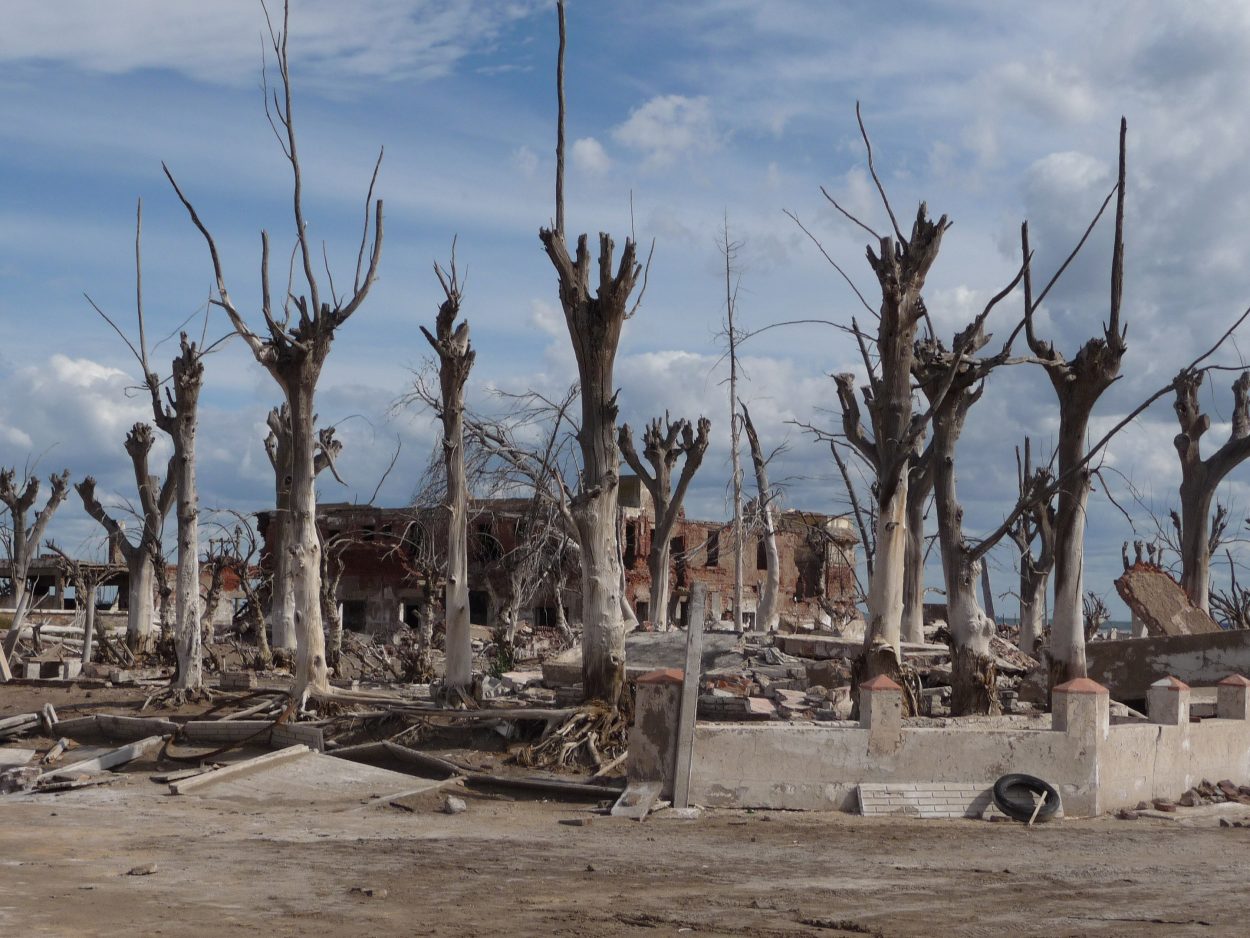 The seaside village of Epecuen, full of resorts and , became a victim of floods and storms, turning into Argentina’s Atlantis. The town has been under water for about 25 years, and only now it is gradually being revived. 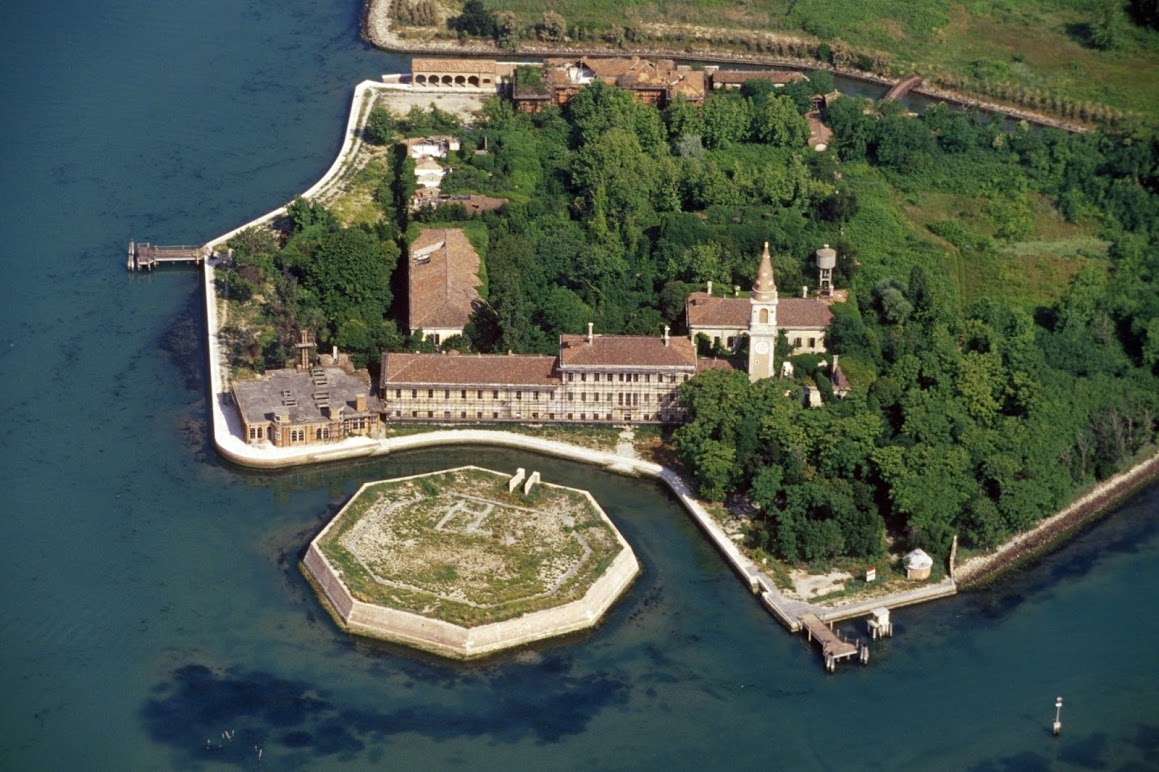 Anyone who would do harm to society, from criminals to the sick with contagious diseases, was exiled to this island not far from Venice and left behind. The island of Povella has become synonymous with death. 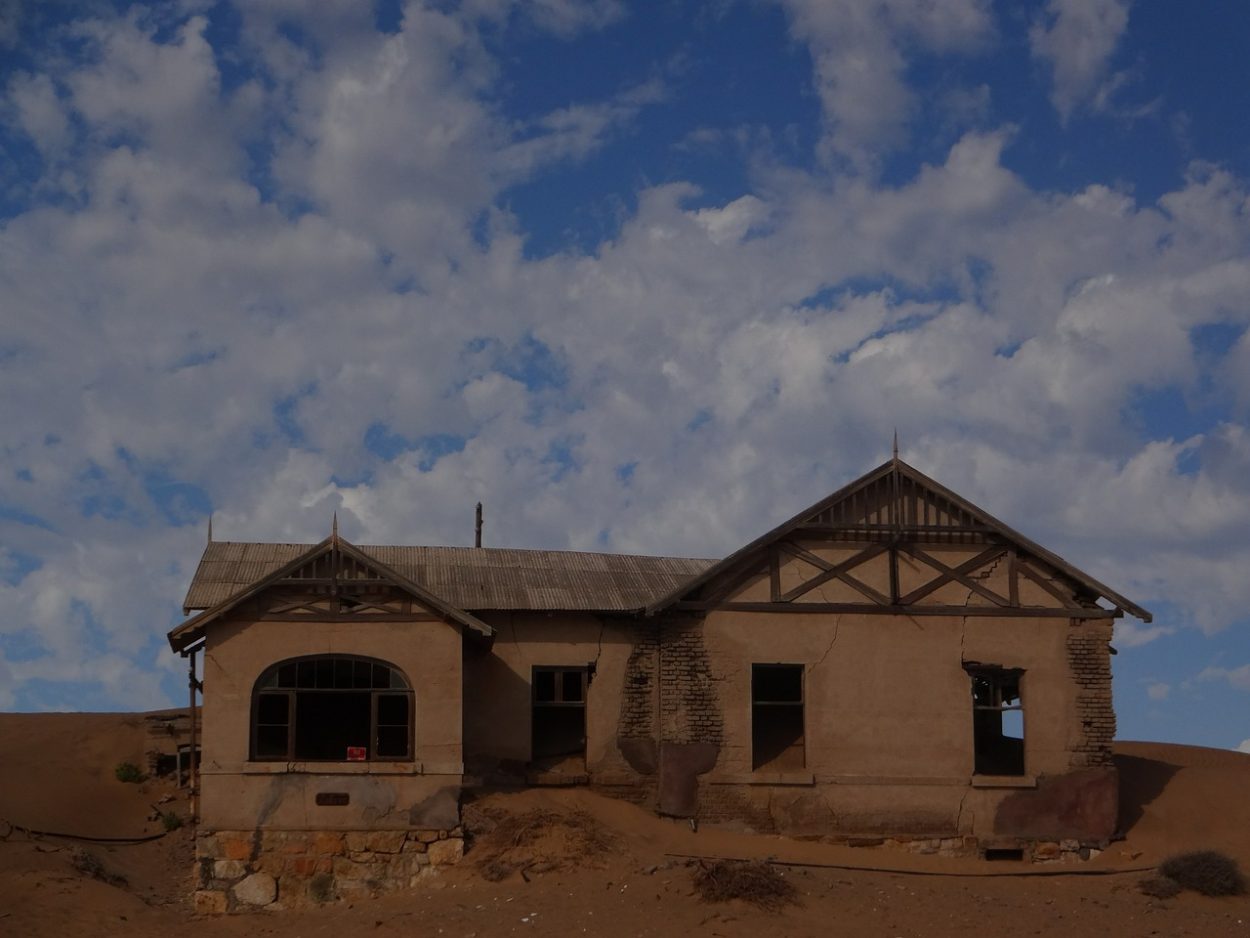 A mining village like Pyramid or Hasima. Only instead of coal, Colmanskop mined diamonds. They were mined for almost 40 years, and when the mines dried up, so did the people. Now the town is gradually being eaten away by the advancing desert. Bannack, Montana is very similar to Bodie, but its case is even worse. The same hotbed of crime, the town didn’t even depend on gold supplies – its residents simply killed each other off, and those who didn’t want to kill anyone escaped.